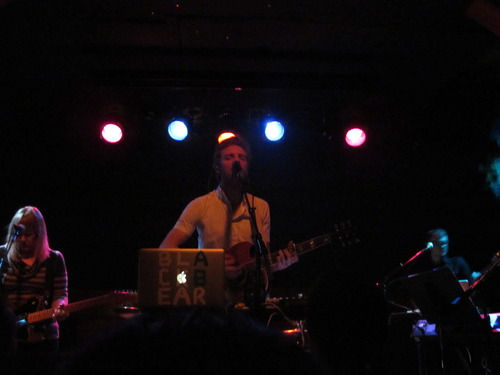 Friday, Chicago’s Schubas Tavern was filled with the sweet tunes of singer-songwriter Andrew Belle. Belle, who launched his career in Chicago, started out performing at various local restaurants and venues, including Rockit Bar and Grill, Elbo Room, and Schubas Tavern (welcome home Andrew).

In 2008, Belle released his first EP All Those Pretty Lights. The EP features the 5 equally amazing songs, I’ll be Your Breeze, All Those Pretty Lights, In Your Sleep, Signs of Life and Replace Me. Belle released his debut album,The Ladder, in 2010. Let my just say, this album is excellent from start to finish. Static Waves (feat. Katie Herzig) and Oh My Stars are among my top played songs on iTunes.

Last year in 2012, Belle released his newest EP The Daylight. All those Pretty Lights and The Ladder have been featured on a bunch of hit shows. If your a fan of Pretty Little Liars, 90210, Castle, Grey’s Anatomy, Vampire Diaries or The Lying Game, than you’ve definitely heard the song stylings of Andrew Belle.

Although the concert featured a lot of new songs from his upcoming album Black Bear, which is set to release in August, Belle did sing fan favorites The Ladder and In my Veins.