I know it’s not Monday, in fact it’s quite the opposite! Today is FRIDAY (yay), but due to prior scheduling purposes the next few Monday’s Music won’t be posted on an actual monday. Some may be posted on a Tuesday or Saturday or a Friday like today. This week I’ve been listening to a mix of Oscar nominated tunes, throwback songs and a new song from my FAVORITE BAND! 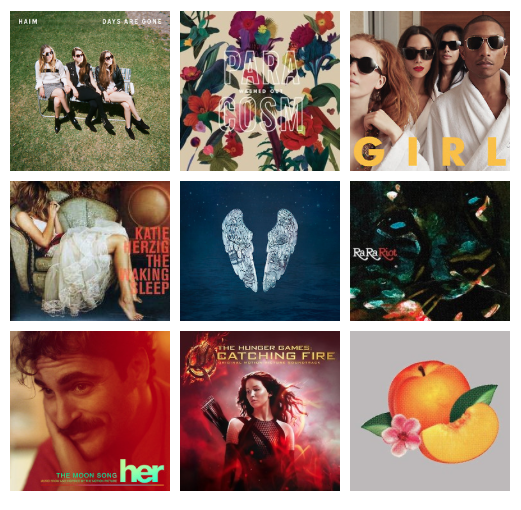 I’m obsessed with HAIM right now, (so happy they are touring in Chicago this May!) I often listen to the Days Are Gone album on repeat. Another song I could listen to over and over is The Moon Song! I have all three versions (Karen O & Ezra Koenig duet version, Karen O version and Scarlett Johansson & Joaquin Phoenix version) and after listening to this song so much I’ve decided that it will definitely be featured in my future wedding!

What are you currently listening too?
Check out Monday’s Music 01. HERE
17 Replies