I promise that the next Monday’s Music will be posted on an actually Monday! With that being said, this weeks Monday’s Music focuses on my favorite songs released in the 1960s! 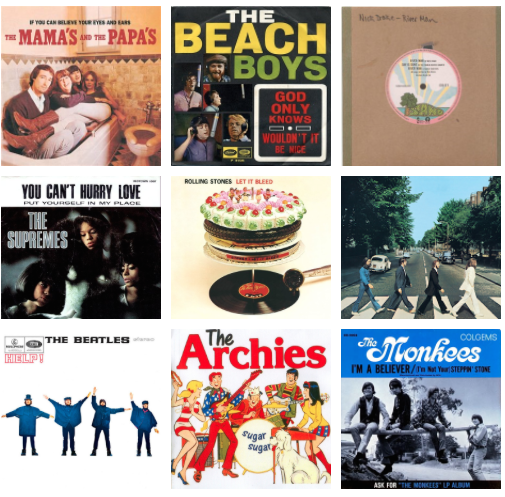 I was going through my iTunes the other night and I realized I had a lot of songs from the 60s. I grow up listening to The Beatles, Rolling Stones and the Beach Boys and the 60s were when these bands were in their prime. By no means am I saying these are the ‘best’ songs of the 60s, these are just some of my most listened to songs from that era!

From this list my most played would have to be God Only Knows, (although I have the Love Actually soundtrack version) Gimme Shelter and Something! I’ve been playing Sugar, Sugar a lot more lately and I’m so bummed they’re going to be killing Archie! I loved reading Archie Comic books (not as much as superhero comics but a close second!)