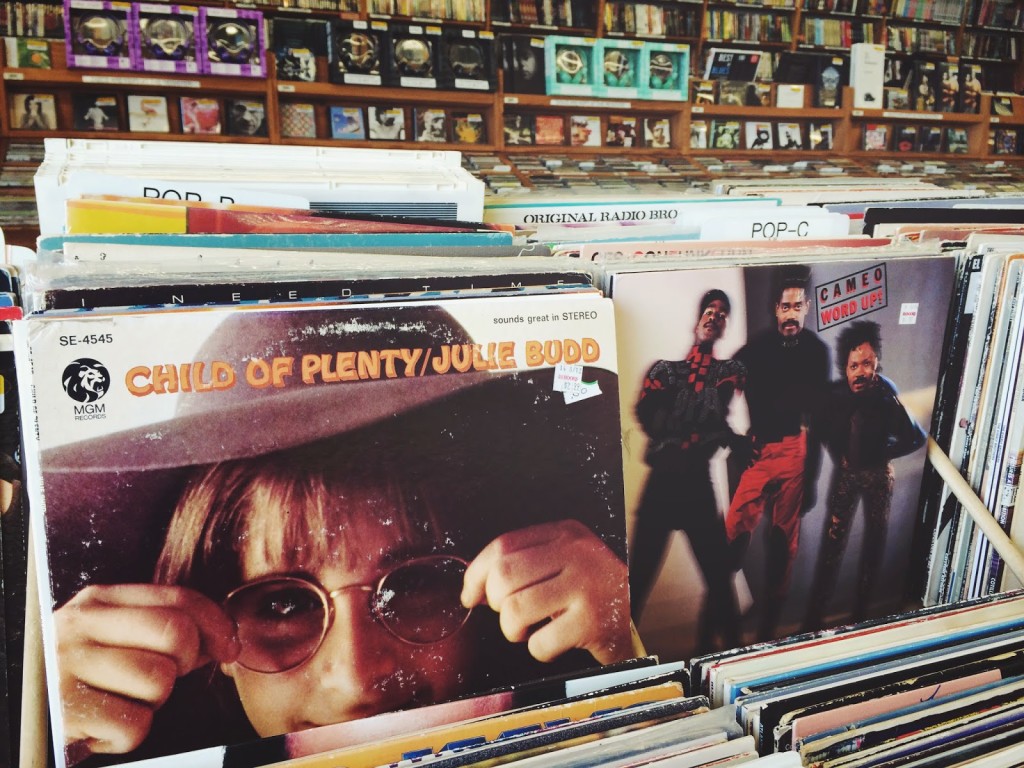 I had only one goal for this weeks Vinyl Hunt at Half Price Books: buy at least five new records! Realistically, I knew in order to buy that many albums (without spending an arm and a leg) most of them would have to come from the clearance/discount section. I’ve had a little bit of bad luck with record stores for the past few weeks. Either what I came looking for wasn’t there or things were just too overpriced! Me and record stores just haven’t seen eye to eye lately. Half Price Book was PACKED when I went on Saturday, and when I say packed, I mean PACKED! The lines were long, people were pushy and the store was in complete chaos! It seemed like everyone was trying to buy last minute Father’s Day gifts. When I got to the discount section it looked like it had already been picked over, so I’m guessing a lot of dad’s got records for Father’s Day this year? 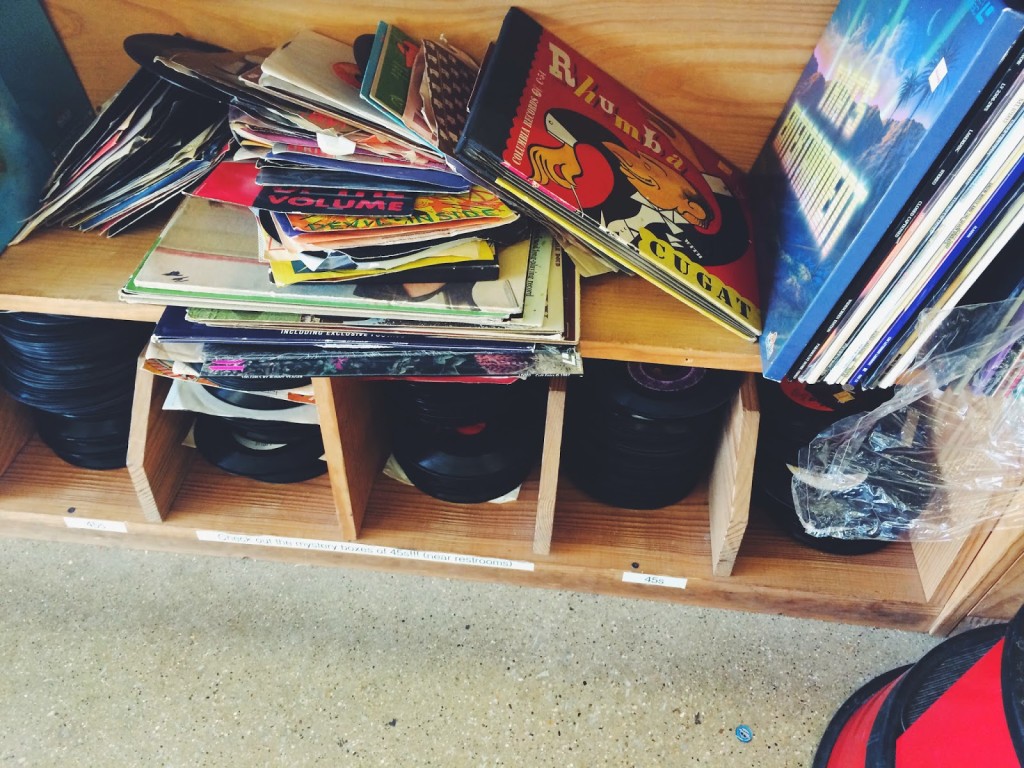 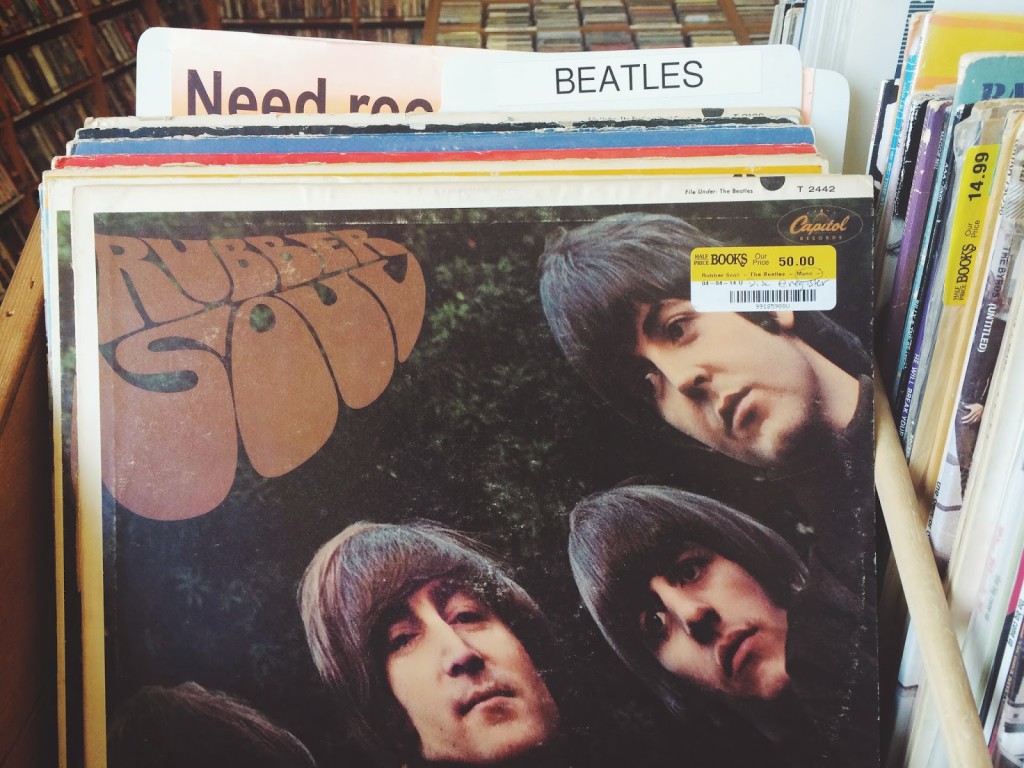 What amazes me about record stores is the the crazy stuff you see. Take this Rubber Soul vinyl. As you can see it’s marked $50! $50?! The funny thing is, DIRECTLY behind it was another Rubber Soul marked for $15.99. So who in their right mind would buy the $50 one? In fact, I’ve seen Rubber Soul for as low as $9.99 (although the outer covering was very badly damaged.) 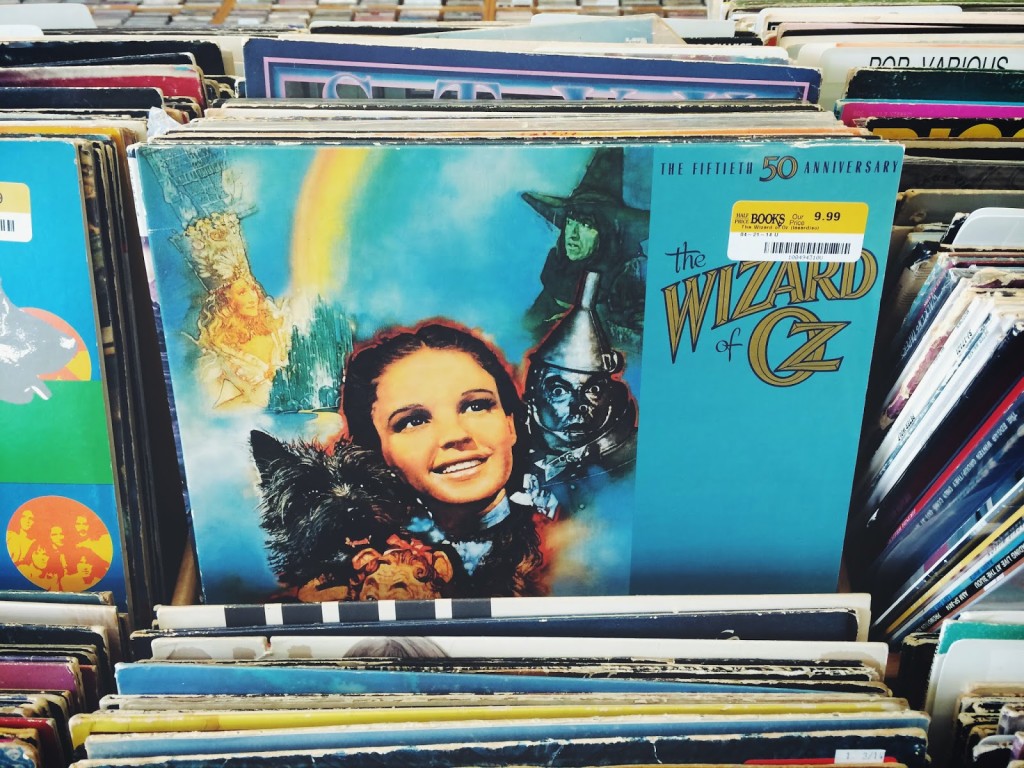 I really wanted to buy this Wizard of Oz vinyl but I thought $9.99 was to high a price. I own several film soundtrack vinyls and I’ve never paid over $5 for them. My general rule for movie soundtracks, Christmas albums, children’s music and fairly used non-maintsream rock records are to never pay more than $8. I just don’t think they are worth it. 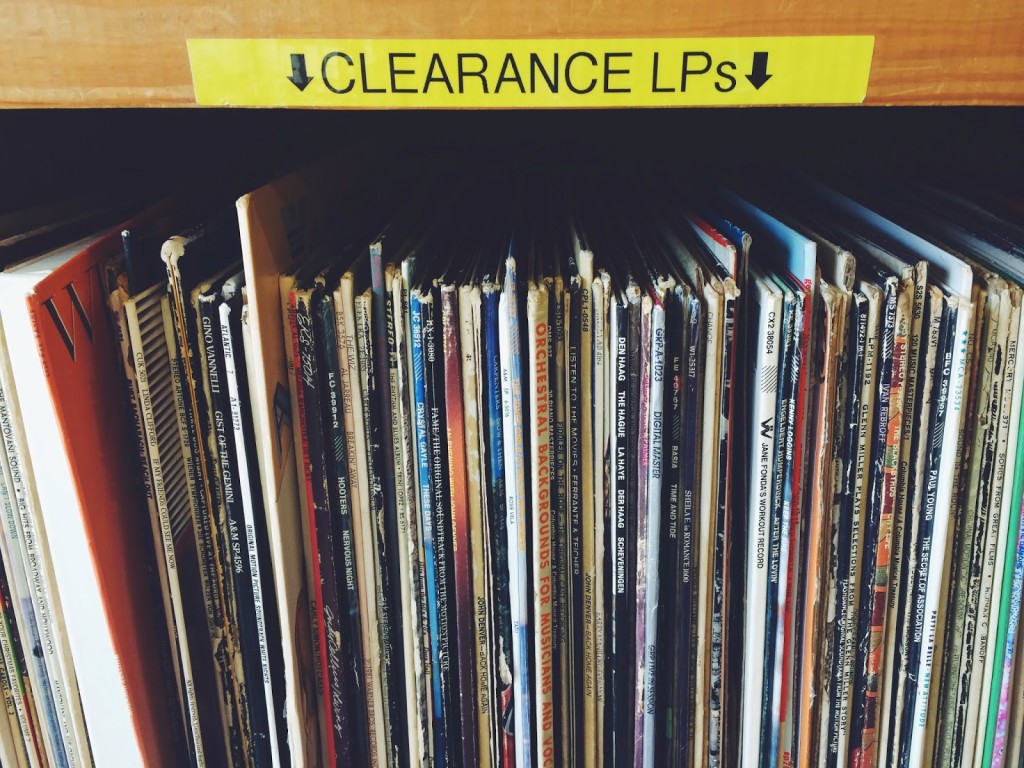 Gosh, I love the clearance records! A lot of the time it’s full of Christmas music, movie soundtracks, one hit wonders, weird parody albums and gospel records but every once in awhile you can strike GOLD, which is exactly what I did during this vinyl hunt at Half Priced Books! I found the Rolling Stones Get Yer Ya-Ya’s Out! The Rolling Stones in Concert vinyl (which is why the title of this post is a lyric from Sympathy for the Devil) for only $4.99! $4.99!! I was so happy because I love “Sympathy for the Devil,” “Jumpin’ Jack Flash” and “Live with Me.”
I also found Carole King’s Tapestry, which includes “Where You Lead” (aka the theme song from Gilmore Girls) for $2.99, and Diana Ross’ The Boss album for only 0.50! I might not have completed my goal of 5 records but it was still a great vinyl hunt! 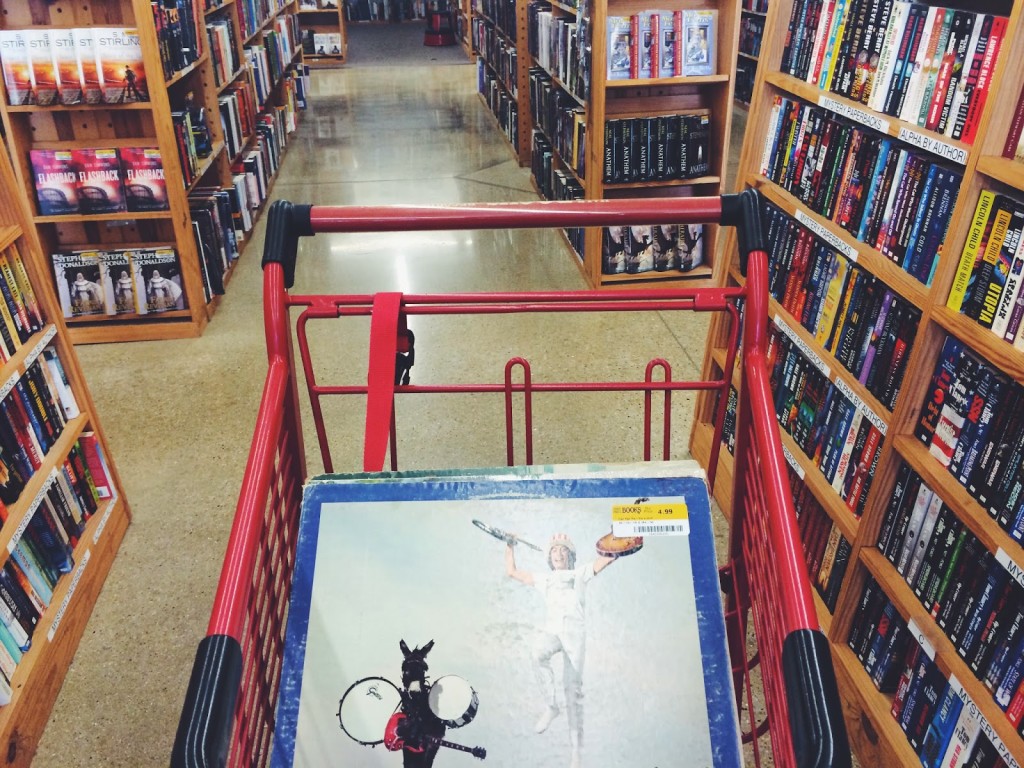