*This post is sponsored by VISIT FLORIDA. I am super excited to announce that I am currently in Miami covering the iHeartRadio Ultimate Pool Party on behalf of VISIT FLORIDA! This is by far one of the greatest opportunities that has come my way via blogging and I couldn’t be more grateful and excited for this experience.* 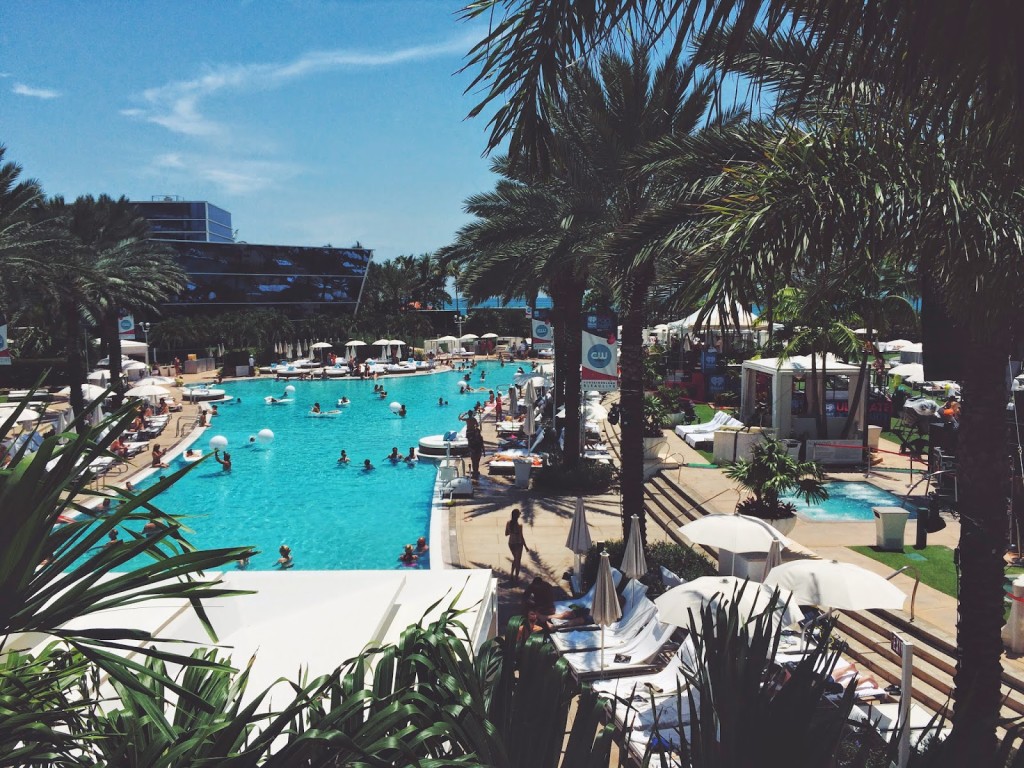 Although I’ve been to Florida (mostly Orlando and Kissimmee) a bunch of times, this is my first time visiting the beautiful city of Miami. If you ask me, I couldn’t think of a better way to experience Miami than by staying at the famous Fontainebleau Miami Beach hotel and attending a music festival! That music festival is, of course, the iHeartRadio Ultimate Pool Party. This year’s party is bigger than ever with not one, but TWO nights of amazing performances from chart topping artists Jennifer Lopez, Neon Trees, Tiësto, Ariana Grande, Iggy Azalea, Lil Jon, and MAGIC! Seven hit artists, two amazing nights, one beautiful city, let the party begin! 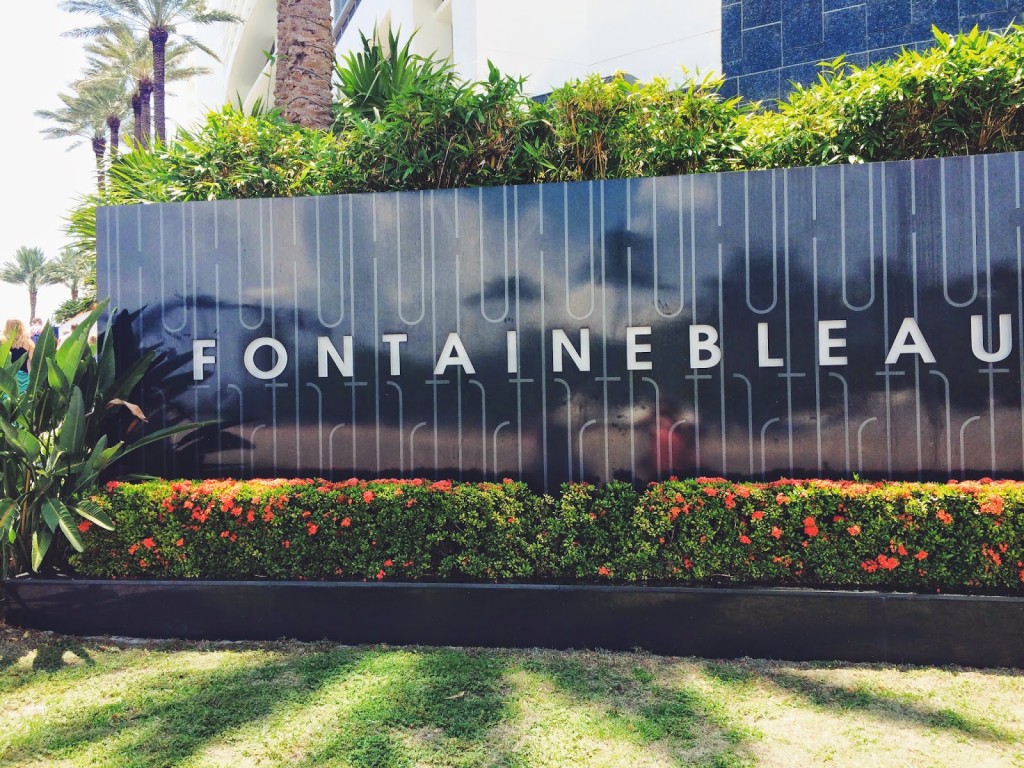 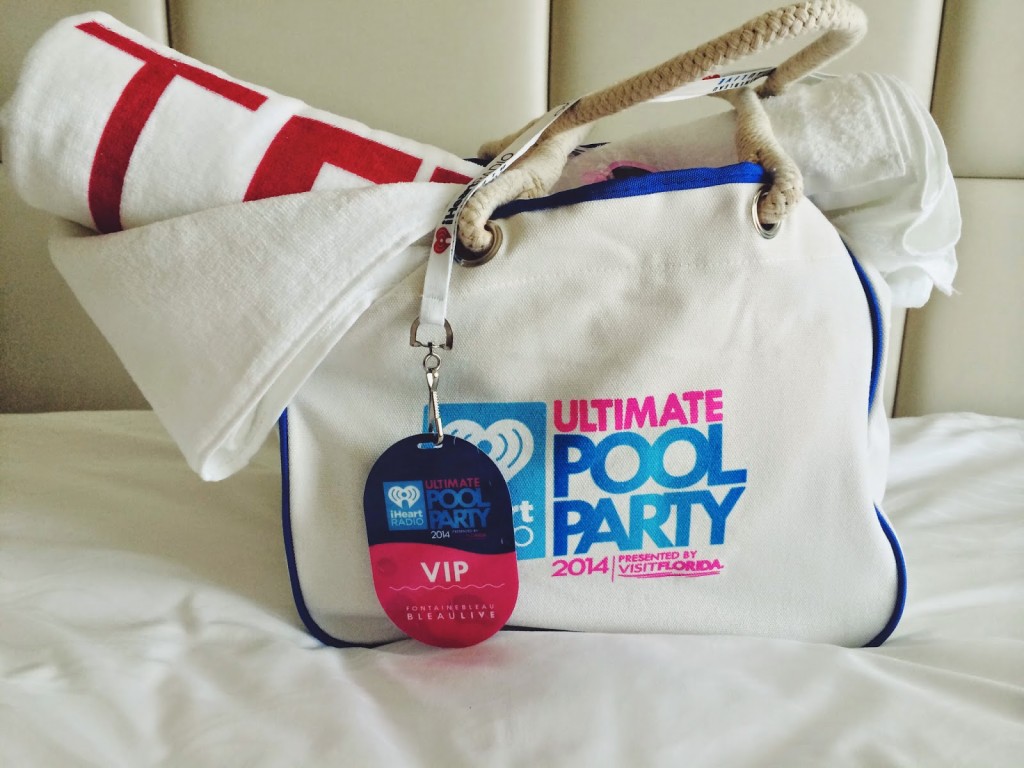 Let me just start by saying the Fontainebleau hotel is GORGEOUS! It’s without a doubt the nicest hotel I’ve ever stayed at! After I checked in and got settled, I received a nifty iHeart Radio goodie bag! The bag contained: an iHeartRadio Ultimate Pool Party beach towel, a Visit Florida beach towel, pink iHeart Radio & pink Visit Florida sunglasses, a CW t-shirt, a baseball cap & towel from Ideal Image, a Fontainebleau/iHeartRadio/CW water bottle, a CW water bottle koozie, Caress body wash and a CW hand sanitizer. 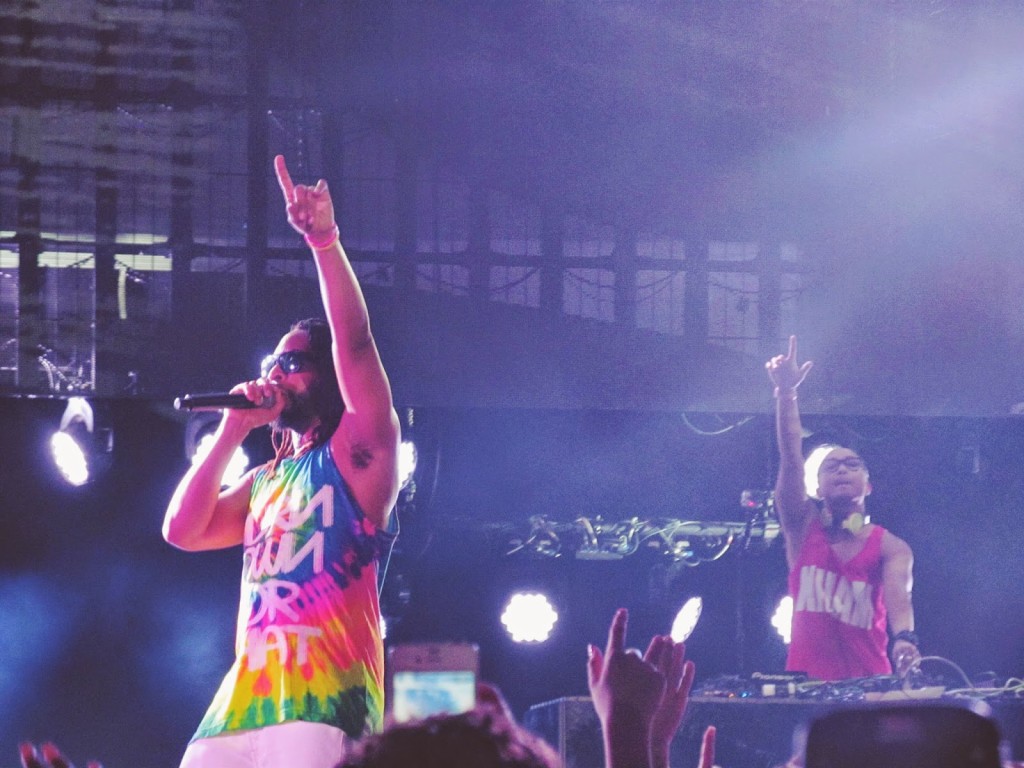 Lil’ Jon kicked off this year’s iHeartRadio Ultimate Pool Party with a BANG! He of course played his recent hit ‘Turn Down for What’ but it was his old school jams that really got the audience dancing. He played ‘Yeah’ and ‘Low’ and I’m pretty sure I heard all of Miami screaming “to the window, to the wall.” Although his entire performance was awesome, my favorite part was definitely when he performed ‘Shot’s while the infamous ‘Shots’ scene from ‘American Dad’ played in the background. 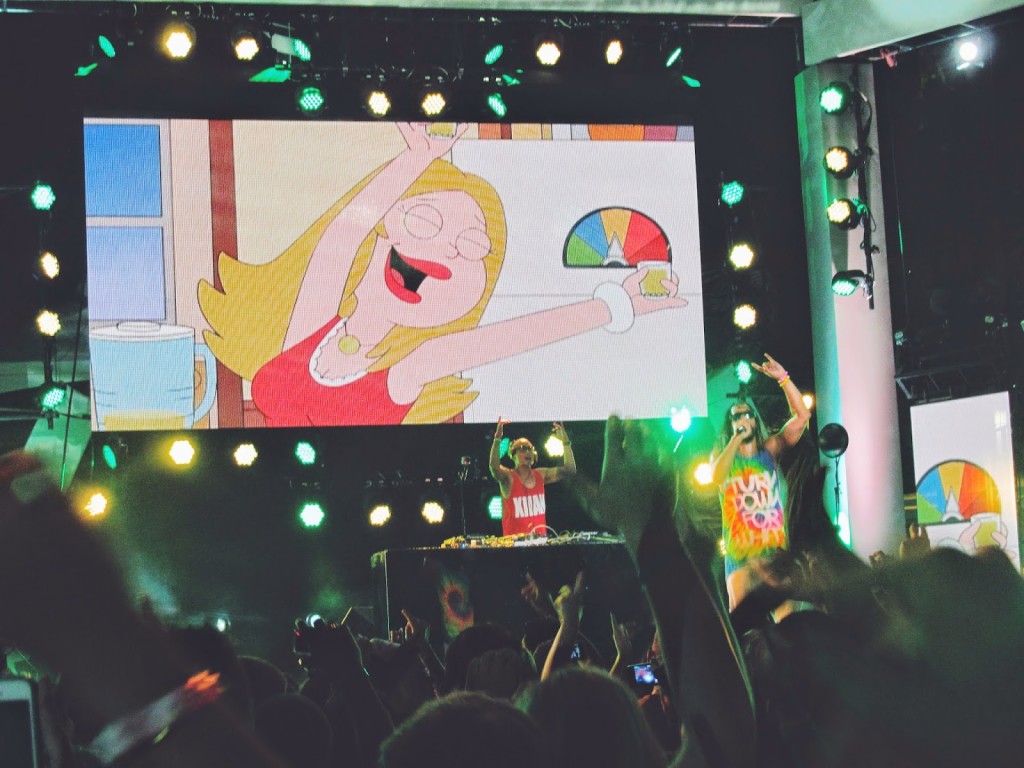 After Lil Jon, Nick Cannon, who’s hosting the two day festival, came out to entertain the crowd and introduce the next performer: Iggy Azalea! 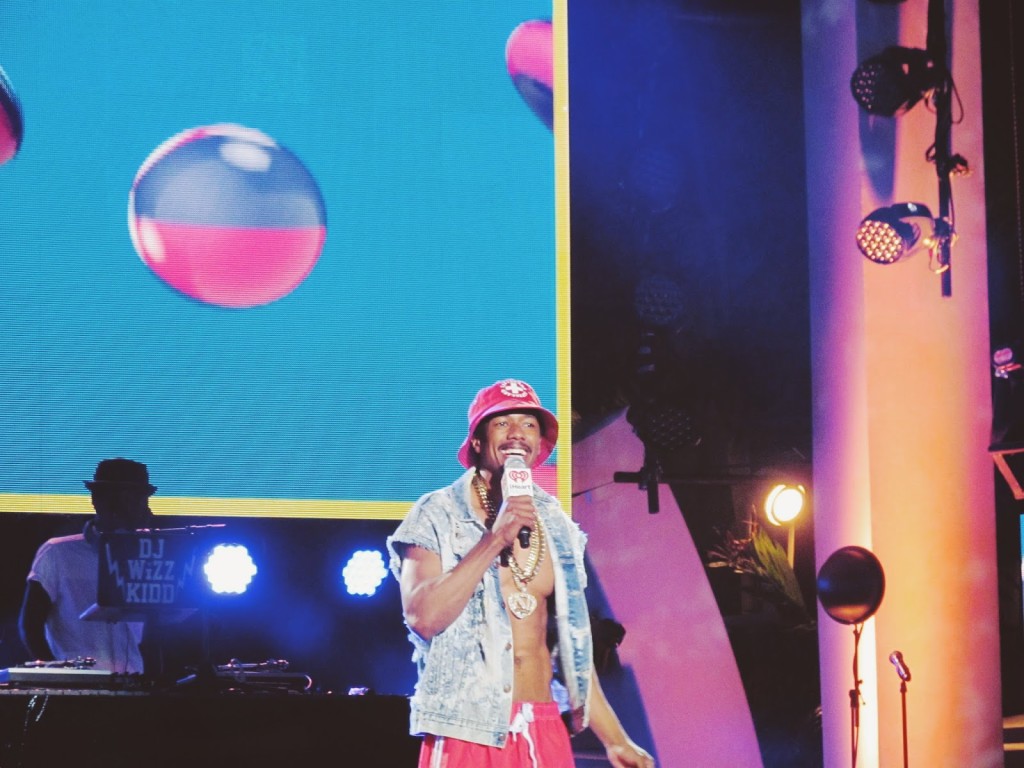 If Lil’ Jon and Nick Cannon warmed up the crowd, than Iggy Azalea set the audience on fire! Her energy level was on ten. She sung her hit songs “Work” and “Bounce” and closed with her new number one single “Fancy.” 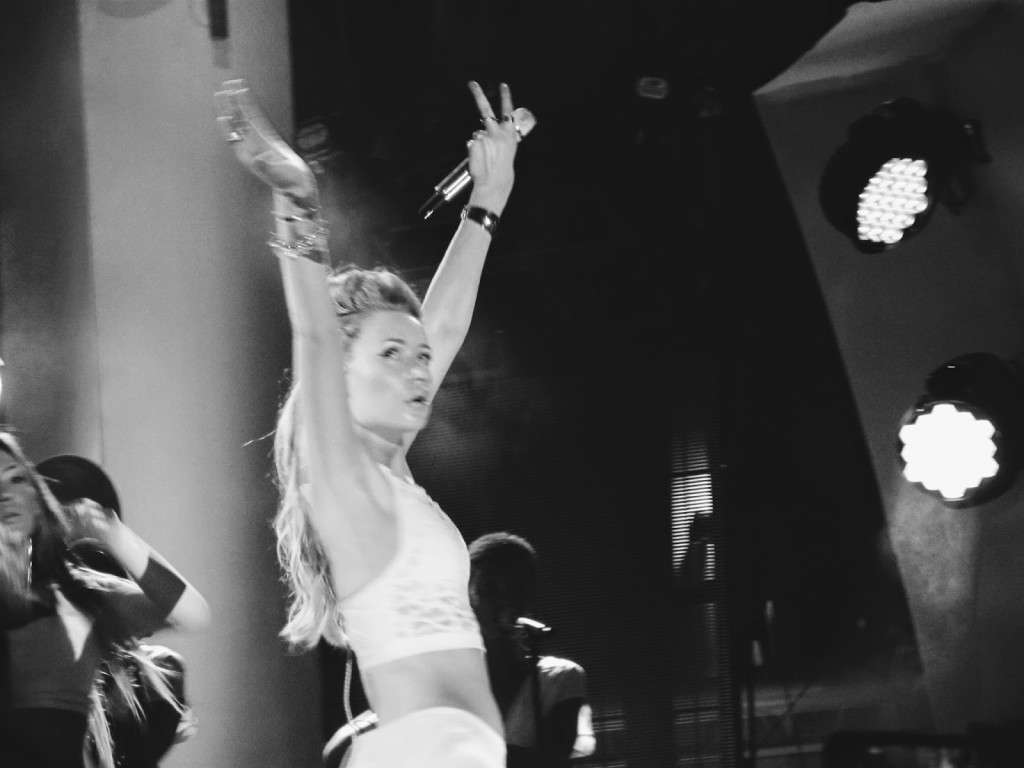 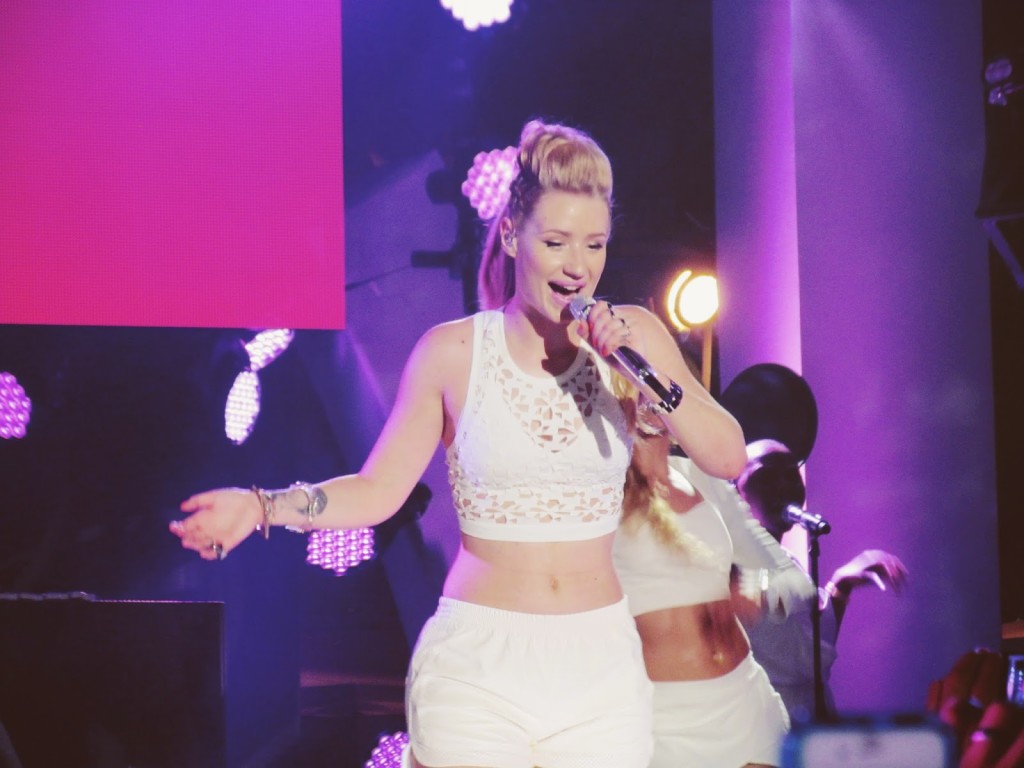 Tiësto was the third performer of the night. His performance was definitely more mellow than the pervious acts. A definite highlight of Tiësto’s performance was when Neon Trees lead singer Tyler Glenn came out to perform “Red Lights.” Glenn had amazing energy on stage and really livened the crowd up. If his performance last night was any indication of the Neon Tress performance tonight than I’m even more excited! 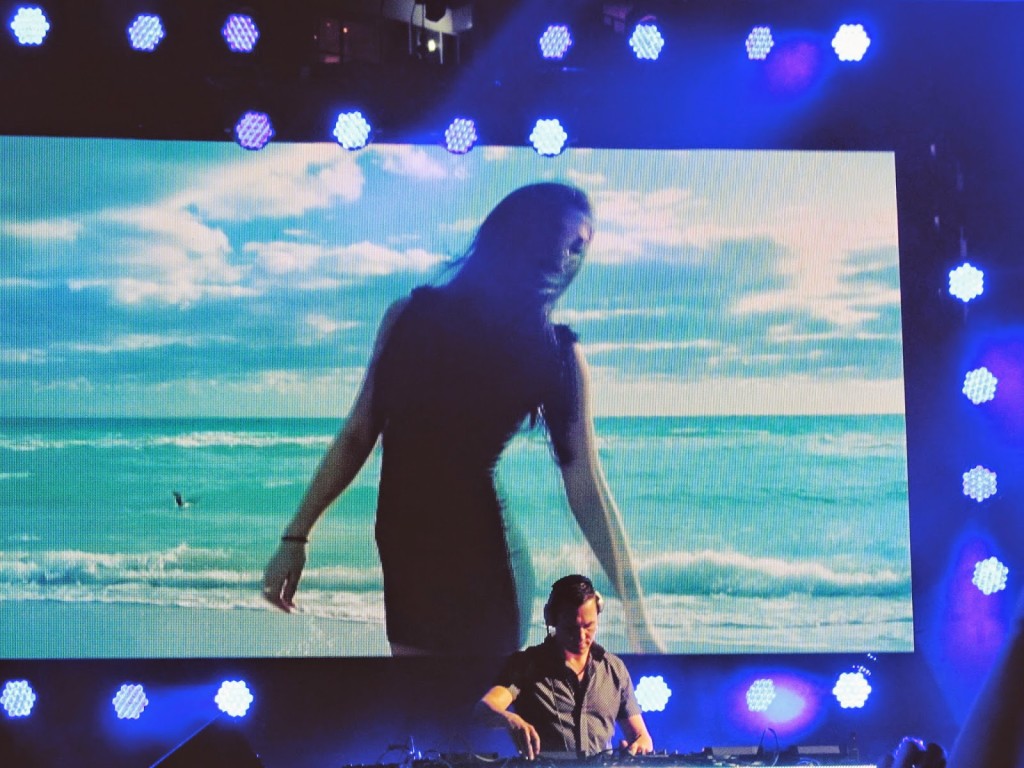 Day one of the iHeartRadio Ultimate Pool Party ended with a show stopping performance by Ariana Grande. Grande started with”Right There” and “The Way,” with both Big Sean and Mac Millers backup vocals playing in the background. 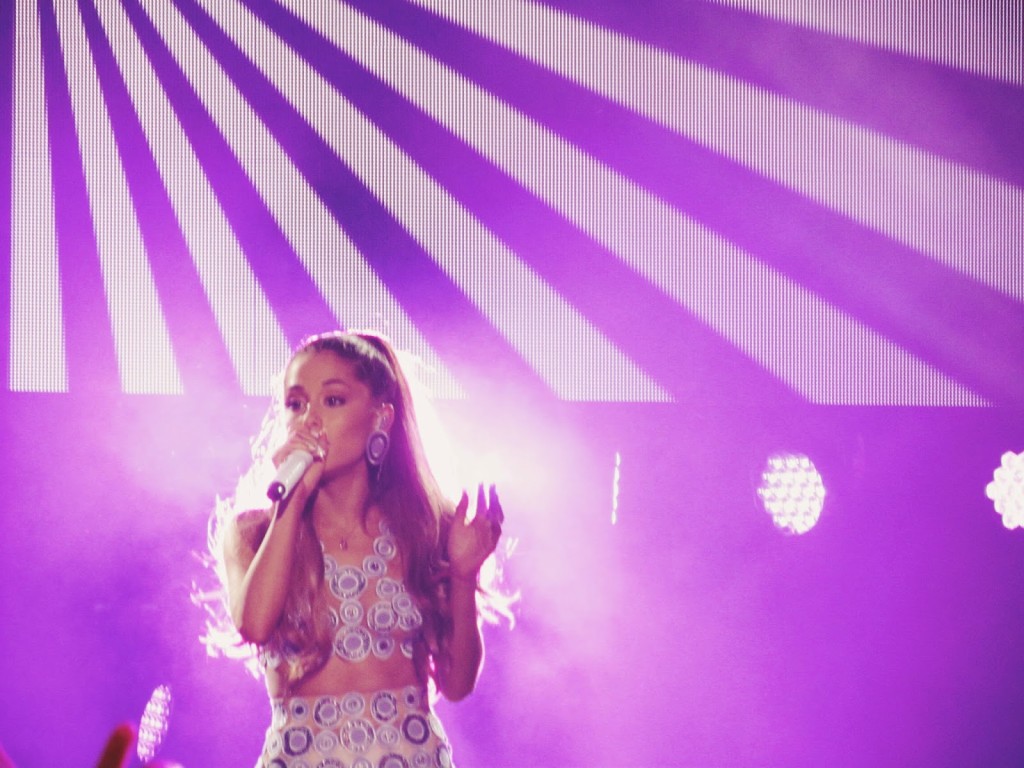 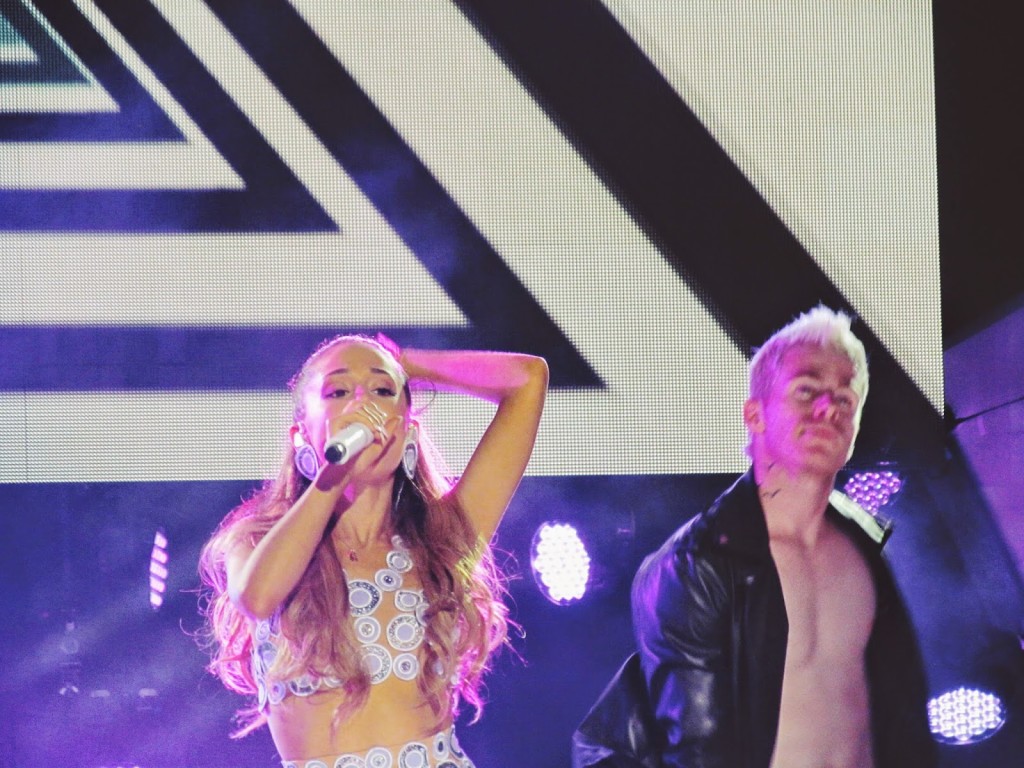 The pool party ended with Iggy Azalea coming back out to sing the hit single “Problem.”  I think everyone can pretty much agree that ‘Problem’ is THE song of the summer, so hearing it live was definitely the highlight of my day! Ariana and Iggy have such great chemistry. They even hugged when the performance was over.