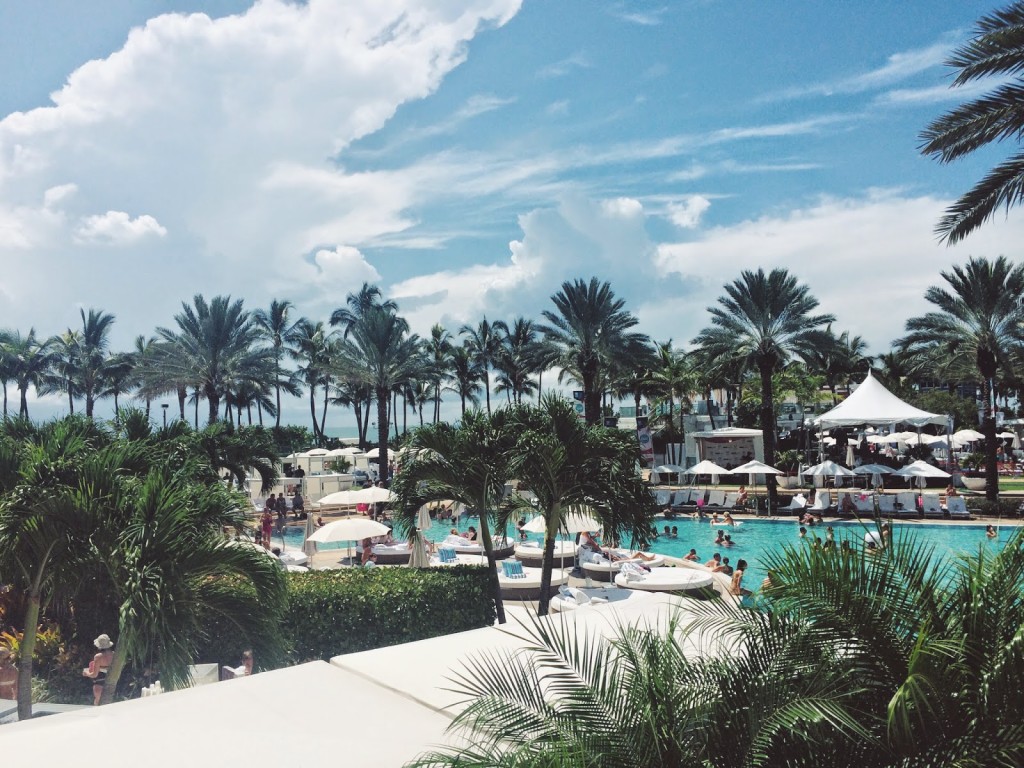 Miami, you’re AMAZING! This city is so colorful, diverse and full of life! I couldn’t have asked for a better weekend. The iHeartRadio Ultimate Pool Party concluded last night with performances by Neon Trees, Nick Cannon (yes, Nick Cannon), MAGIC! and Jennifer Lopez (aka JLO!)
Neon Trees were up first! If you didn’t know, I LOVE Neon Trees! They have such a unique sound and style about them. They opened the second day of the Ultimate Pool Party with their new hit single “Sleeping with a Friend” (which, if you follow my Monday’s Music posts, is one of my most played songs right now!) I’ve got to say Tyler Glenn is an AWESOME human being! He has enough spark and spunkiness to go around! In between each song he would go on a little rant/banter with the audience (we’re soul mates). I really love when artists talk and interact with the crowd, it makes the concert that much better! Neon Trees also sung “Animal,” “Everybody Talks,” and “Love in the 21st Century.” I’m seriously looking forward to seeing Neon Trees in concert again, I HIGHLY recommend it! 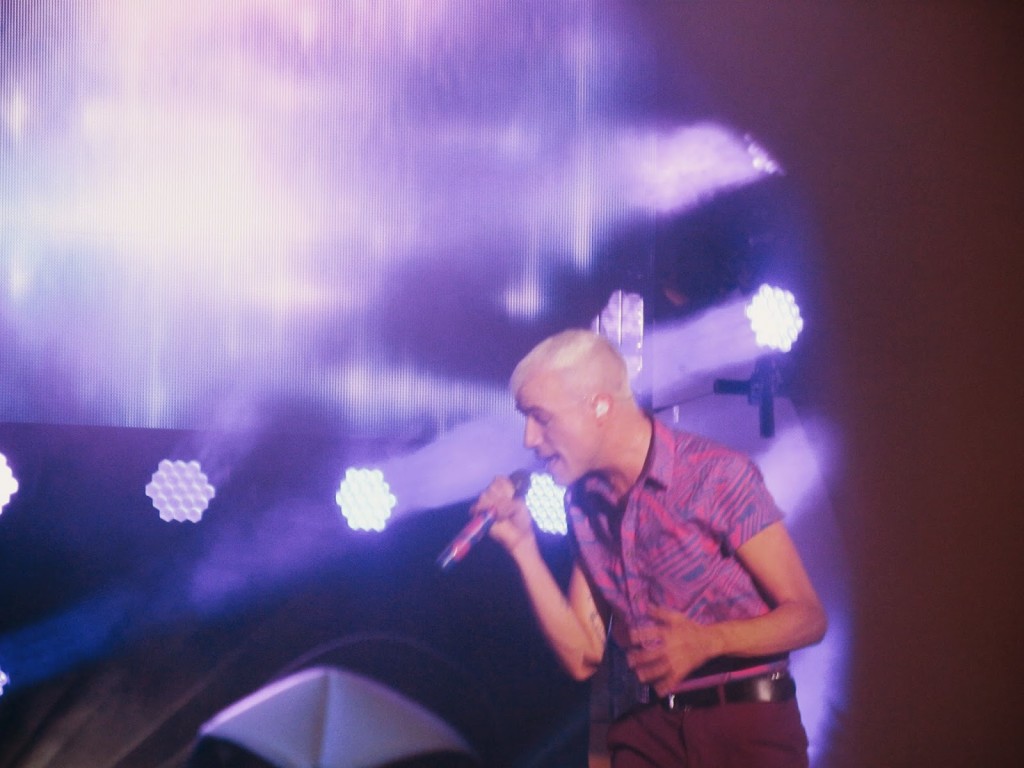 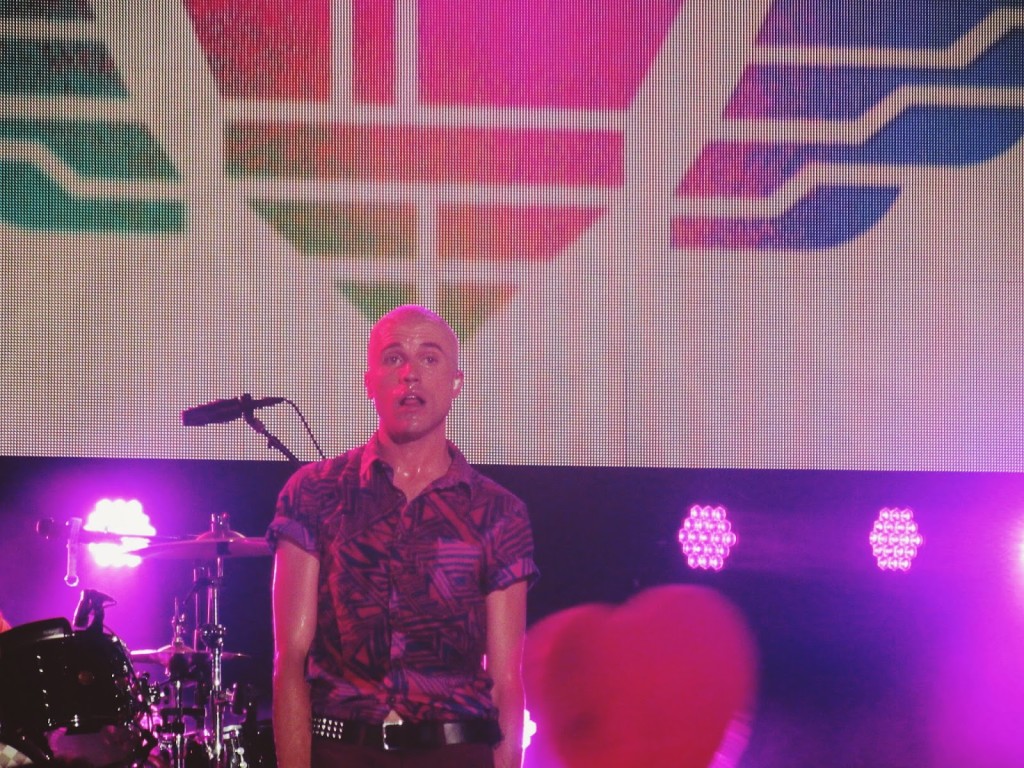 MAGIC!, the new Canadian reggae fusion band, was the second performance of the night. I really like their song “Rude,” so I was very interested to hear more from them. I’m not a huge reggae fan, but I do enjoy their sound. What I like about MAGIC! is that they’re not trying so hard to “fit in” with today’s music, they know their sound and they’re sticking to it! Good job MAGIC! I really liked seeing them live, and since they’re such a new band, I’ll be able to say I got to see them before they were “popular” (although they do have a pretty great following already.) Be sure to check out MAGIC!’s debut album Don’t Kill the Magic, which comes out July 1st. 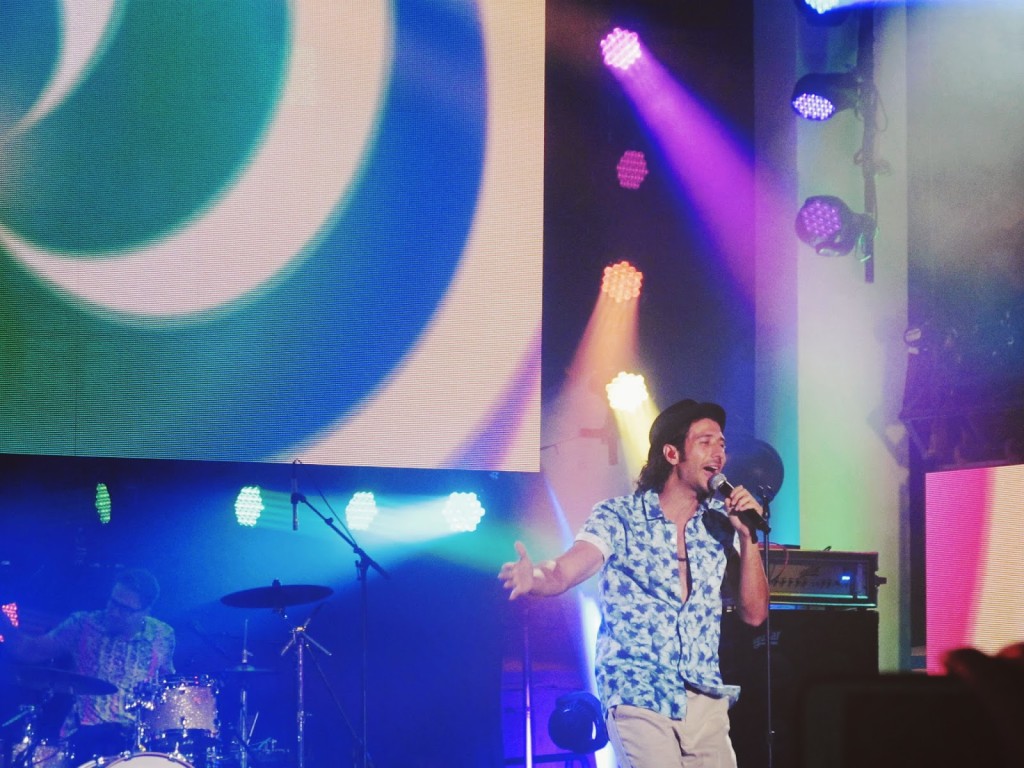 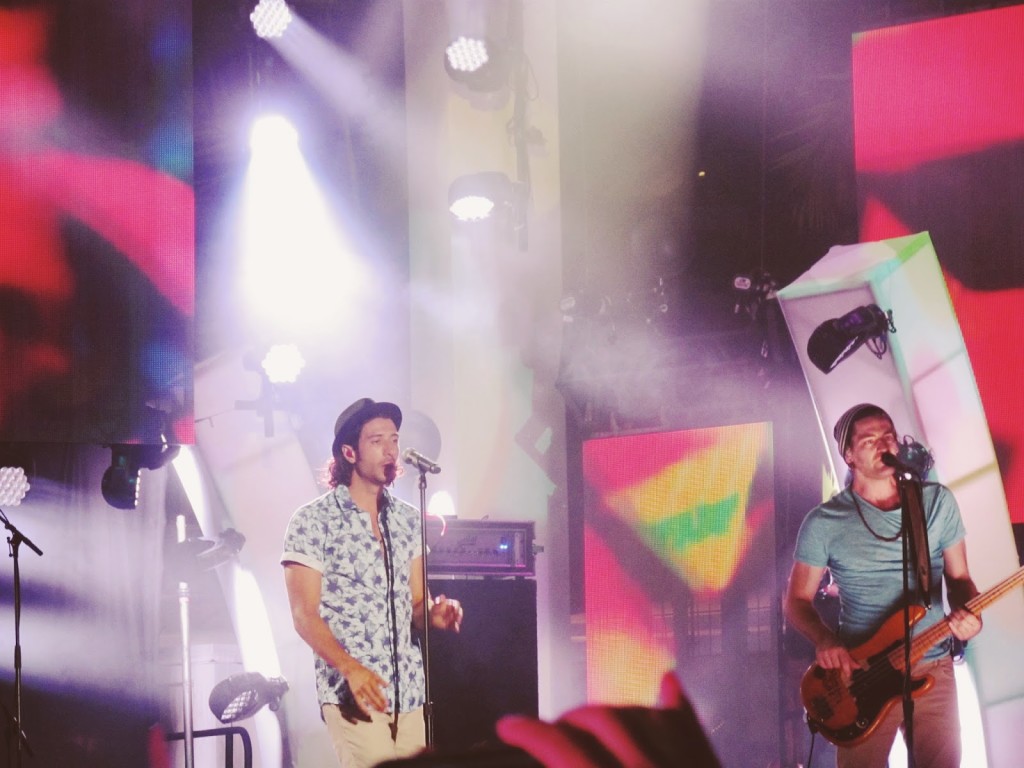 The energy level on day two was just as crazy as on Friday! It’s interesting because I’ve never been to a music festival that was more than one day so I’ve always wondered if the crowd starts to fizzle out by the second day. This was NOT the case. People came to the iHeartRadio Ultimate Pool Party to PARTY!

Nick Cannon came out to perform a little before JLO came out. He performed his new single “America” (which features Pitbull.) Throughout the entire two day event Nick Cannon was really amazing! He really knew how to get the crowd going in between musical acts. He was even doing the Nae Nae on stage at one point!

Of course they left the BEST for last! Jennifer Lopez was the final performer for the night (and the event in general.) Fun Fact: the first CD I ever bought was JLO! As a kid I was a HUGE fan of hers (that whole break up with Ben Affleck really effected me, although I do LOVE Jennifer Garner, who shares a birthday with me.) Lopez played newer hits like “Get Right,” and “On the Floor,” sampled a few songs from her upcoming albums A.K.A, and even played a few throwbacks like “Ain’t It Funny” (remember JaRule?!?) 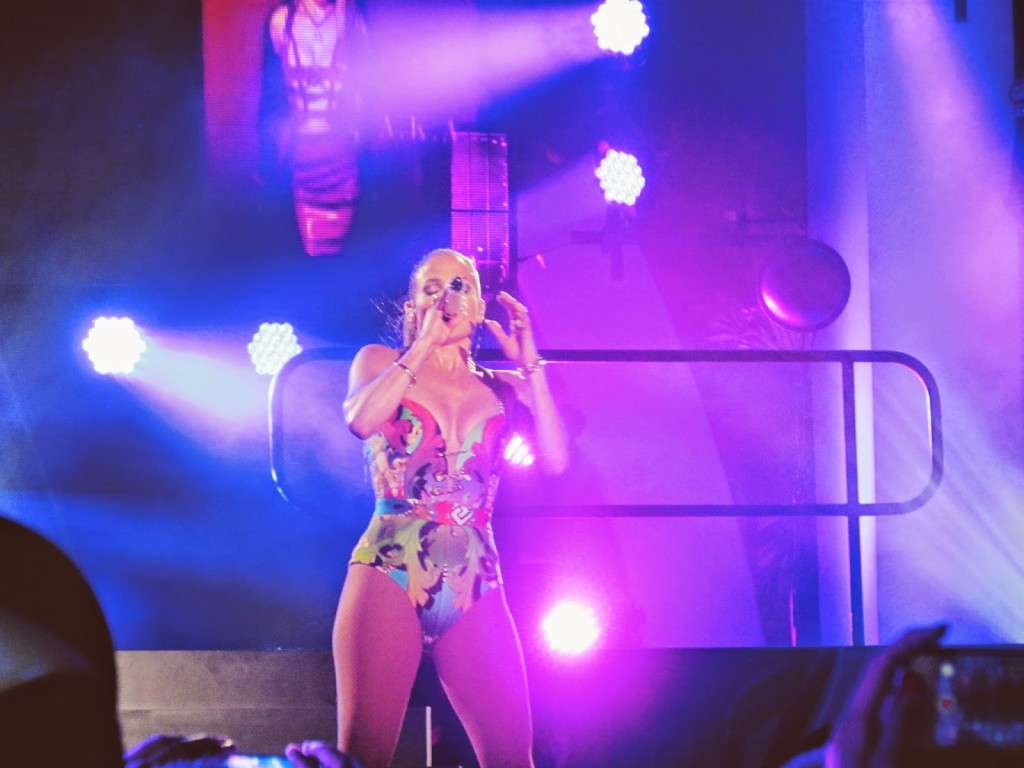 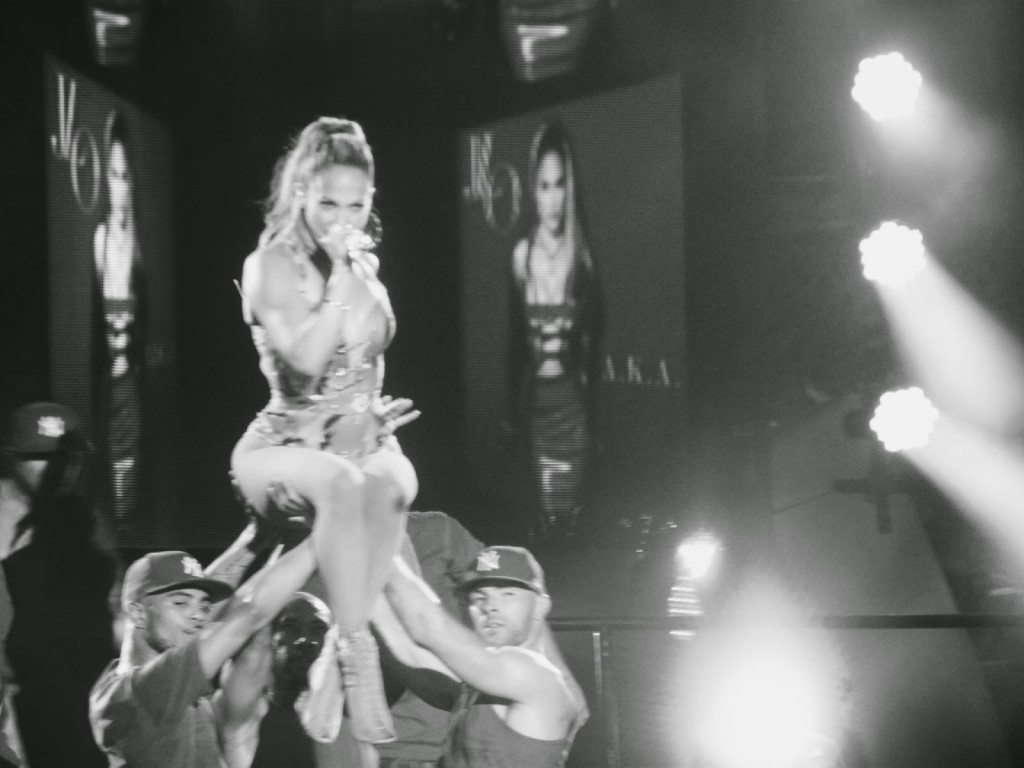 The best part was the finale, of course! Before she left the stage she said “Now y’all know I couldn’t leave without singing this song” and then proceeded to sing “Jenny from the Block!” I was OVER JOYYED! That was one of my favorite songs growing up! Thanks VIST FLORIDA, iHeartRadio and Fontainebleau for a GREAT weekend!