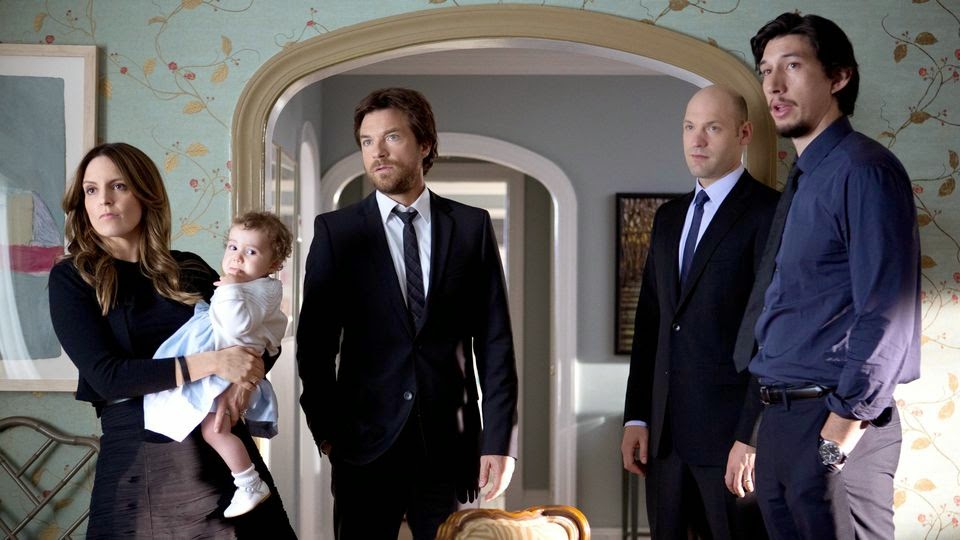 / 5 [I prefer bouquets to stars]
This Is Where I Leave You, 1 hr. 43 min
Genre: Comedy-Drama
Staring: Jason Bateman, Tina Fey, Jane Fonda
“This Is Where I Leave You is the less impressive amateur August: Osage County.“
– Simply Sinova
This Is Where I Leave You, based off the Jonathan Tropper novel of the same name, tells the story of the four Altman siblings (along with their mother, spouses and children), who, as per their father’s dying wish, must return to their childhood home and sit shiva together for one week. While this movie was funny, with such an all-star cast at their disposal I definitely wished they gave me more! Some of the jokes fell a little flat and seemed forced at times. Overall it’s an okay (albeit a little dry) movie that preaches the importance of family, following your dreams and never giving up on yourself.
Favorite Character: Judd Altman (Bateman.) Jason Bateman has had his share fair of (in my opinion) bad roles (I’m sorry but Horrible Bosses was HORRIBLE! I can’t believe they’re making a sequel) but he always brings a certain charm to his characters (he’ll always be Michael Bluth to me!) I really loved seeing him in a more serious role (even though his character was still funny), it really showed what an amazing actor he is. I love when an actor shows range so I was happy that Bateman decided to ditch his usual comedic antics and go for a more complex character.
Favorite Scene: [SPOILER ALERT] My FAVORITE scene had to be during their father’s service when the three brothers decided to get high in the temple and sing “Swing Low, Sweet Chariot.” It was nice to see all three of the brothers having fun and bonding together (and it definitely added some much needed comedic relief!)
Favorite Line: “It’s hard to see people from your past when your present is so cataclysmically screwed up.”
Favorite Song: “Reign Of Love” – Coldplay. Of course I had to pick a Coldplay song! This movie didn’t feature a lot of music but when it did it truly played on the emotions in the scene and Reign of Love so no exception.
6 Replies