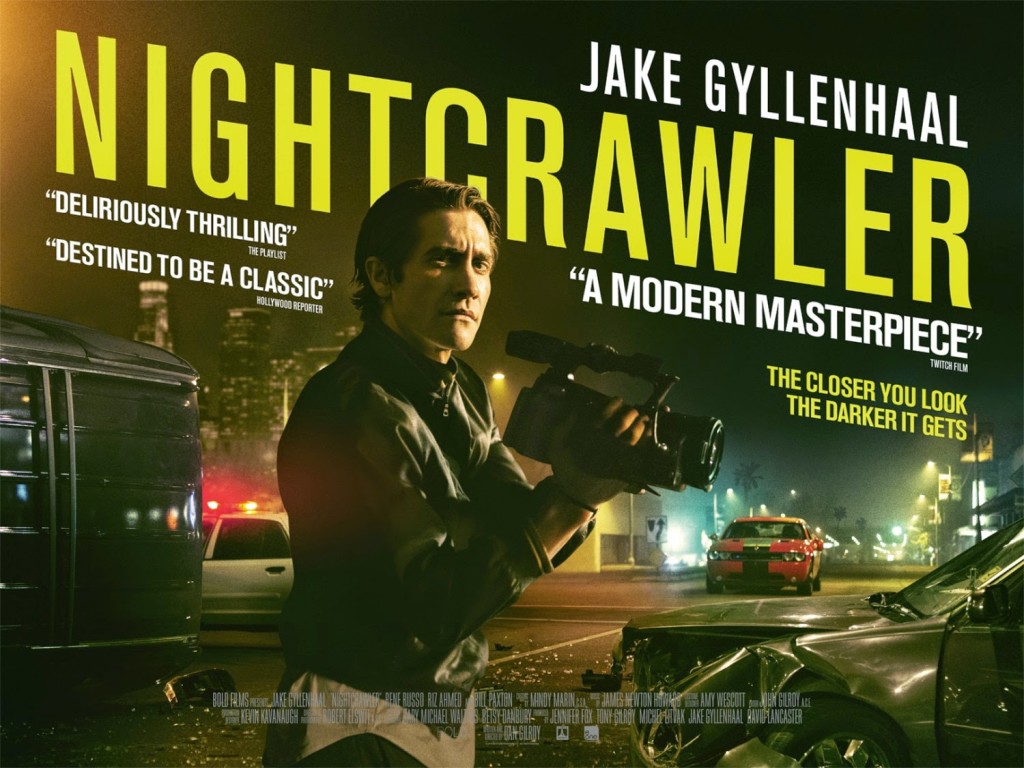 / 5 [I prefer bouquets to stars]
Nightcrawler, 1 hr. 57 min
Genre: Drama & Thriller
Staring: Jake Gyllenhaal, Bill Paxton and Rene Russo
“This generation’s American Psycho. Nightcrawler is a chilling thriller that will leave the audience at the edge of their seat until the finale frame.” – SimplySinova
Desperate to find a job, an ambitious young man, Lou Bloom finds himself suddenly immersed into the world of L.A. crime journalism. With nothing but a handheld camera and little experience, Bloom slowly realizes his knack and joy for videotaping breaking news. With the help of a police scanner, a hired assistant and a local news Producer, Bloom finds himself becoming a sought after “Nightcrawler.”
Favorite Character: Lou Bloom, simply for the fact that Jake Gyllenhaal was AMAZING! He was almost unrecognizable in this role. I’ve always had a respect for actors who can deeply tap into dark and psychotic roles.
Favorite Scene: I couldn’t pick out one stand alone scene that was truly greater than the others.  This movie was one of those films were every scene was important and every scene mattered to the overall plot.
Favorite Line: “If you want to win the lottery, you have to earn the money to buy a ticket.”
Favorite Song: There weren’t any songs per say in this film. The entire movie consisted of a brilliant score by composer James Newton Howard.
Are YOU seeing Nightcrawler today?
10 Replies