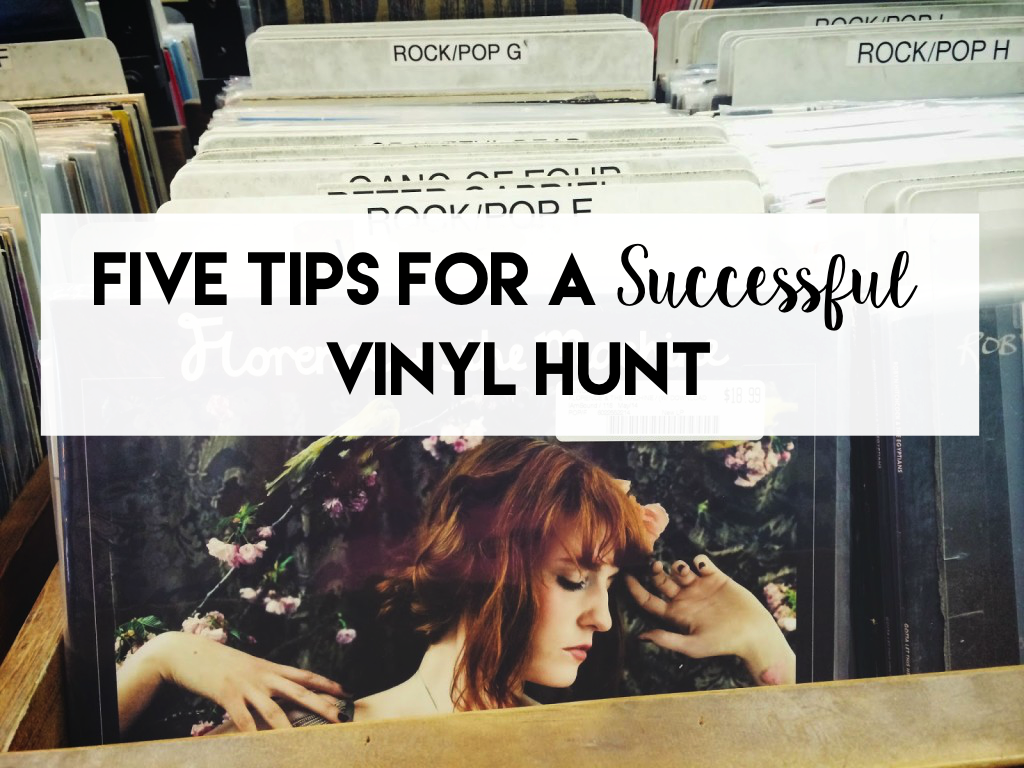 I’ve been collecting records since I got my baby blue Crosley record player (her name is Little Darling) for my 21st birthday (which was about a year and a half ago.) Since then, weekly vinyl hunts have become part of my regular weekend routine. I love searching for new records, it just makes me so happy! In the past year and a half, I’ve collected around 60 records (hopefully I can cross “owning 100+ vinyl records” off my 25 before bucket list soon!) My collection is a mix of classics, newer artists, my favorite broadway and movie soundtracks and cool/random albums I found at thrift stores. I collect A LOT of things (Disney Pins, Funko Figures, postcards, movie tickets, Playbills and so much more) but of all my collections, I really want to start focusing on acquiring new records! Since buying records online takes the fun out of collecting, vinyl hunts have become my number one source for building my record collection. Here are the five tips I think every record buyer (novice or long time collector) should consider:

1. Don’t go into the store with any expectations. 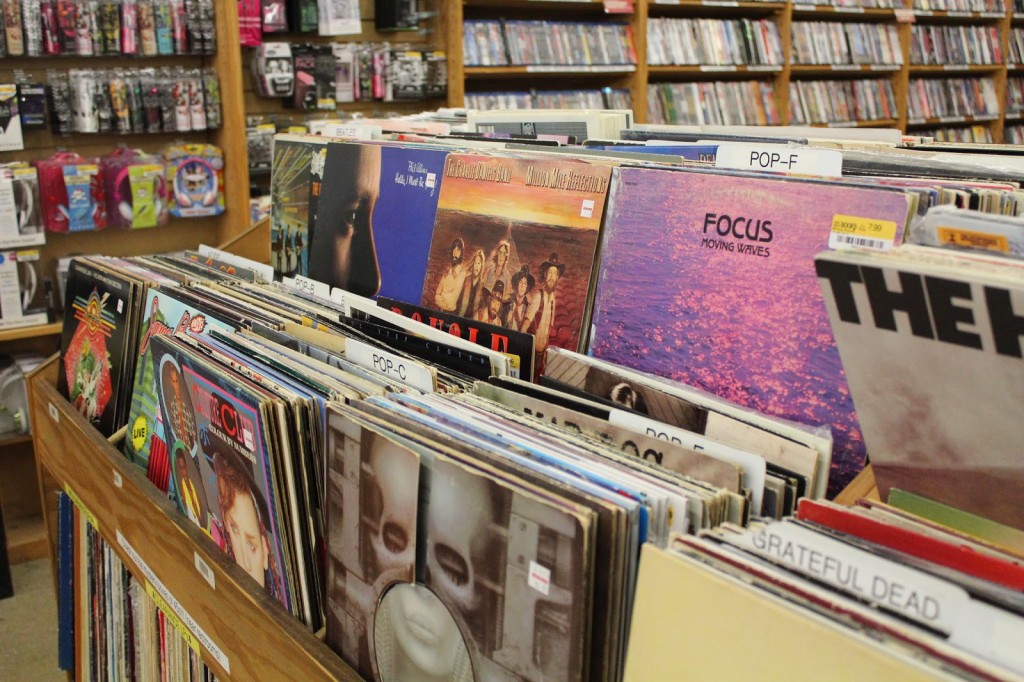 Whether you’re record shopping at a record store, thrift store or somewhere in between, you can never truly know what you’re going to find. That’s why it’s best to go into a vinyl hunt without any expectations. It’s okay to hope to find certain albums, but don’t expect to always find what you’re looking for.

2. The discount/clearance section can be your worst enemy or your best friend. 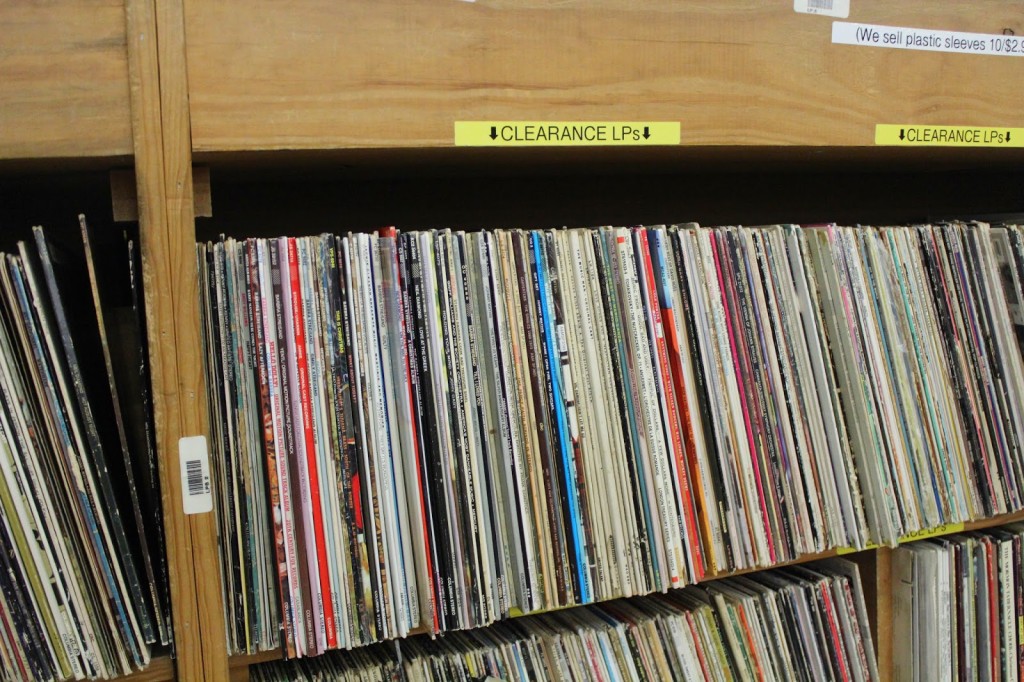 The clearance section can be frustrating and intimidating. Sure, the records are super cheap but most of it is Christmas music, junk or albums you’ve never even heard of. But TRUST ME. If you take the time to sort through the piles of nonsense, you just might find a hidden gem! I actually found Madonna’s Madonna album in the clearance bin for only $2 (what a great score!) 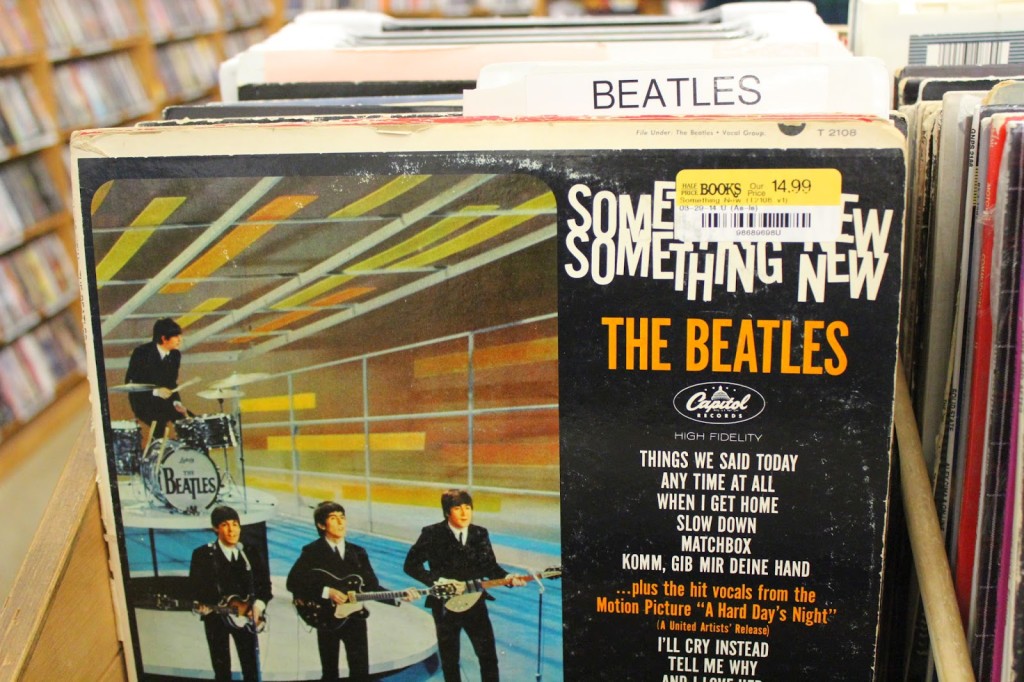 Records can be VERY expensive (especially popular/best selling classic records and new release records!) I’ve seen records ranging as high as $650!?! I’m sorry, I don’t care how rare a record is or how many band members signed it, that’s a crazy price to pay for a record. Never pay more than you think an album is worth! I’m usually willing to pay anywhere between .50 to $25 dollars for a record. 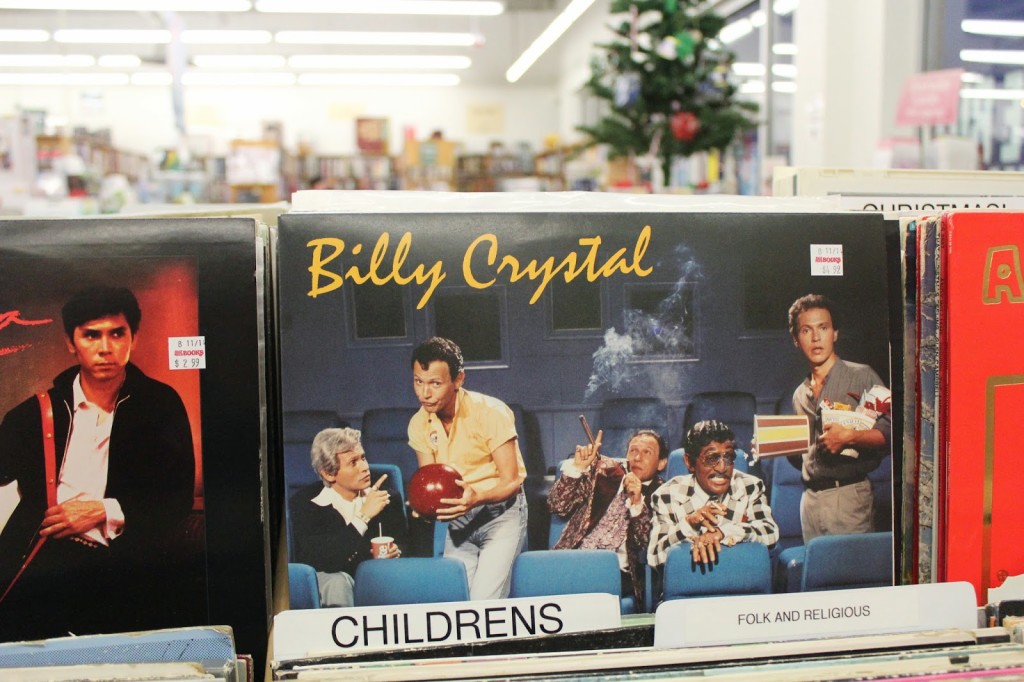 This one is HUGE! I wanted to buy this Bill Crystal comedy record but when I opened it, I found the soundtrack to Dirty Dancing inside. Talk about a disappointment! There have been several occasions where I was at the checkout counter only to discover that there was NO record in the sleeve! Sometimes records can fall out in the shelfs or sometimes people mix and match records. I’ve seen quite a few albums in the wrong sleeve (like that Billy Crystal album.) Can you imagine buying a certain album and going home to find that you’ve bought a completely different record?

5. Ask if the store has any deals/specials. A lot of record stores have “deals of the day” where certain artists, albums or genres are on sale that particular day. I’ve also seen record stores that email you coupons and discounts if you sign up for their newsletters. One record store I went to even offered a 30% discount if you traded in an old record when you buy a new one! Who doesn’t love saving money, right?