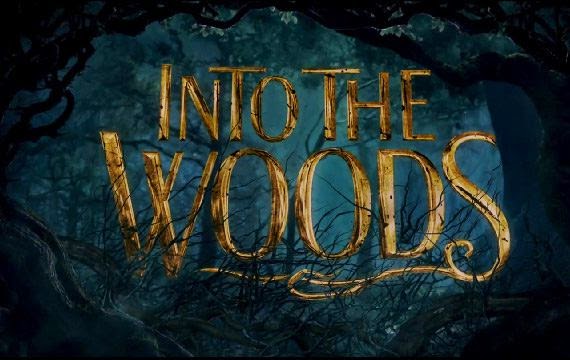 / 5 [I prefer bouquets to stars]
Into the Woods, 2 hr. 2 min
Genre: Fantasy/Musical
Staring: Meryl Streep, Anna Kendrick, Emily Blunt, Chris Pine, James Corden and Johnny Depp
A modern twist on the Brothers Grimm fairy tales, Into the Woods is a musical that follows the tales of Cinderella, Jack and the Beanstalk, Little Red Riding Hood, and Rapunzel along with a backer and his wife who have discovered they’ve been cursed by an evil witch. As instructed by the witch, they must journey into the woods to find several items in order to break the spell (the items ironically belong to each of the fairy tale characters.)
Look, I like musicals as much as the next person. In fact, I LOVE musicals (Moulin Rouge is one of my favorite films) and I LOVE fairy tales characters (shoutout to Once Upon a Time) but this movie was TERRIBLE! Even when I watch films that aren’t exactly my cup of tea (teen romance/westerns/horror, that sort of thing) I can still appreciate the amazing sets or awesome dialogue. This had none of that. Sure the sets were okay but it felt so rushed. Half of the story lines made no sense whatsoever! The songs were forced and drawn-out. I get it’s a musical, but come on. I guess I should have learned from Mamma Mia! that Meryl Streep + musical = BAD! Remember this is just one person’s opinion. Overall, a lot of critics have praised this movie and it’s already received several Golden Globe nominations. With that being said, I thoroughly didn’t enjoy this film. It felt awkward and rushed (which is weird because the original musical doesn’t feel this way.) It takes A LOT for me not to enjoy a film. Even if a film is cheesy or overly dramatic, I came still appreciate some positives about it. This is not the case with Into the Woods.
Favorite Character: James Corden (the actor, NOT his character ‘The Baker.’) Any Gavin & Stacey fans out there?! Who couldn’t love Smithy!
Favorite Scene: The ending credits.
Favorite Line: “There’s a dead giant in my back yard!”
Favorite Song: Agony by Cinderella’s Prince and Rapunzel’s Prince. The songs in this movie weren’t memorable at all. In fact, the best song from the original Into the Woods musical was cut from the film because it wasn’t family friendly (which I can understand because this is Disney.)
15 Replies