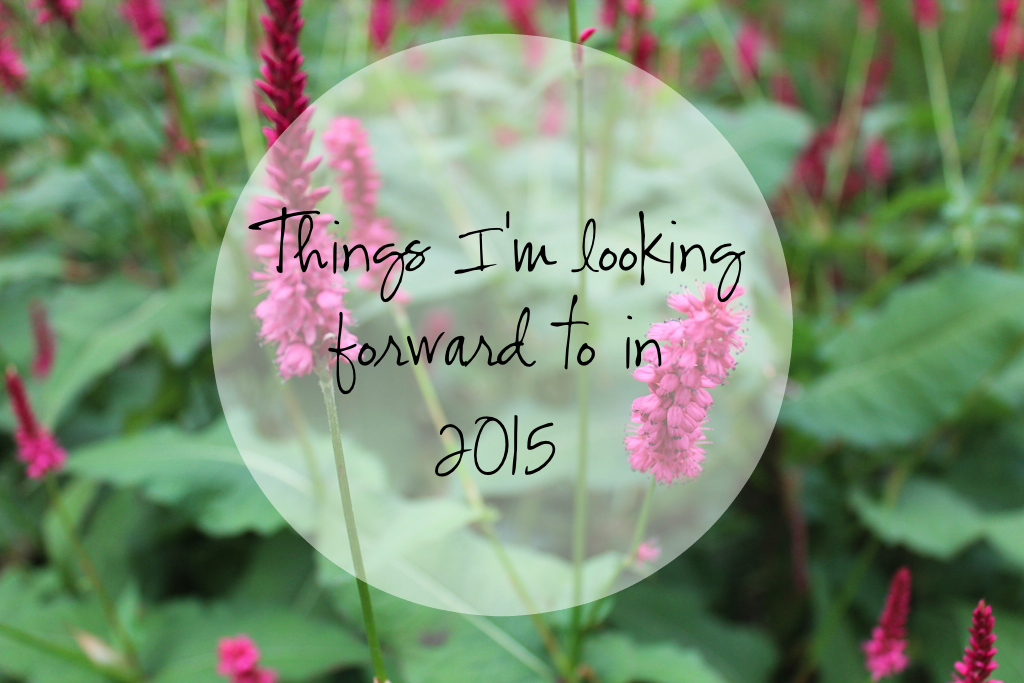 Even though we’re only a little over a week into 2015, there are so many things I’m already looking forward to about this year! 2014 was a GREAT year for me! I graduated college (hooray,) got a job (and a few awesome freelance gigs) and really grew as a person & writer! Last year was also an amazing year for Simply Sinova. I could have never imagined that my blog would have given me the opportunity to travel to Miami to cover the iHeartRadio Ultimate Pool Party, travel to New York to attend Comic Con & visit several NYC museums, travel to St. Pete/Clearwater & Tampa Florida, partner with some of my favorite stores and brands or most recently head to Disney World to write a holiday survival guide! Yeah, 2014 was AMAZING but I want 2015 to be 10 times better (a little wishful thinking never hurt anyone right?) Here are a few things I’m looking forward to in the new year: 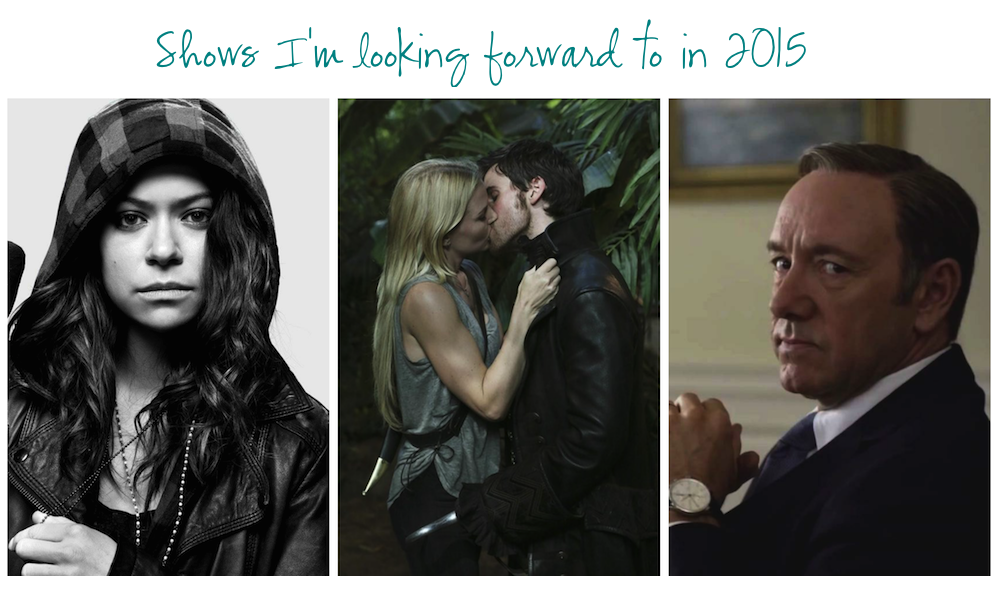 • Orphan Black. I LOVE Orphan Black and have been an avid fan since it first premiered back in 2013. I thought it had such an original show concept! The ending to last season’s finale was so CRAZY! I can’t wait for this show to come back on.

• Once Upon A Time. Some of you may or may not know this but OUAT is one of my FAVORITE shows! I’m a huge sucker for Edward Kitsis and Adam Horowitz’s shows (Lost was EXCELLENT!) I’m a huge fairy tale lover so this show is basically perfection to me (if you didn’t get the hint based on the picture, Emma & Hook are my FAVORITE!)

• House of Cards. Gosh, I love me some Frank Underwood. Political drama’s are to me what reality TV is to most people! Basically, I eat those shows up! I’m so happy House of Cards returns next month! (Although it’s not pictured, I’m super excited for the finale season of Parks and Rec and the second season of Silicon Valley!) 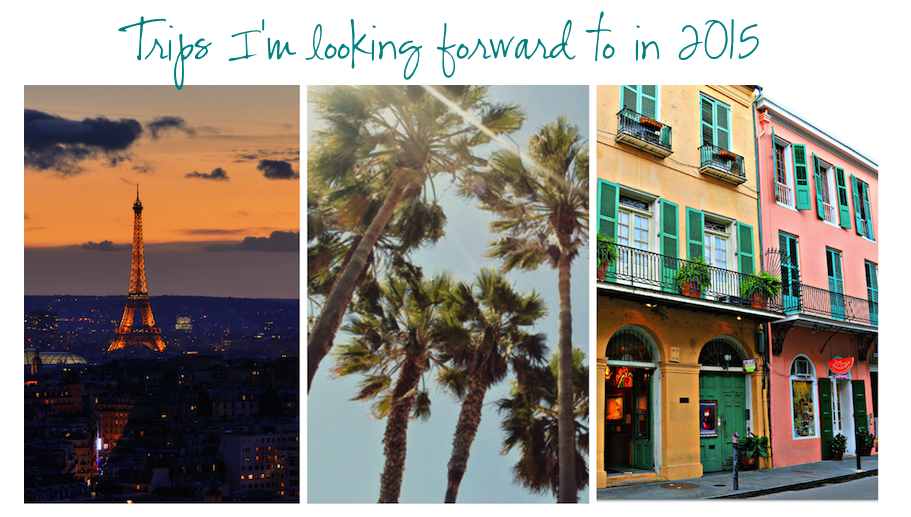 • Paris. I LOVE to travel! I did quite a bit of traveling in 2014 but like I said in a previous post, my New Year’s resolution is always to travel more. As of now I have three trips planned for 2015, the biggest one being Paris! I plan to visit Europe this summer and I’m so excited!

• California. I have plans to visit three different cities in Cali this April (to celebrate my 23rd birthday!)

• New Orleans. I’ve been in love with NOLA since I was a kid. I was suppose to visit last year but something came up so I had to reschedule it for later this year! Of course there are several additional places I’d love to visit this year, these are just the three trips I actually have somewhat planned out already. 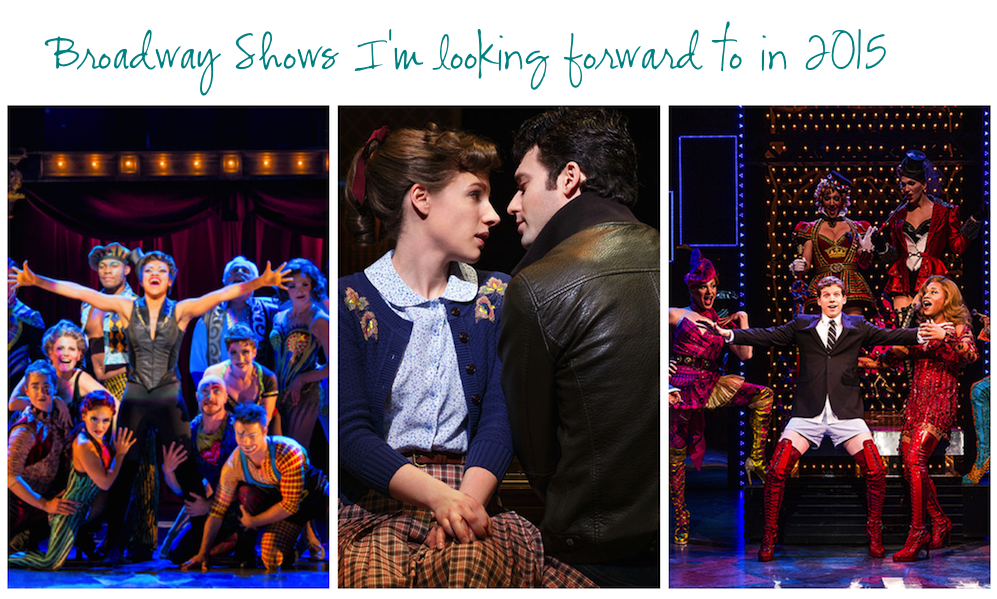 • Pippin. I can’t wait to see Pippin! I’ve heard nothing but great things about this play!

• Beautiful – The Carole King Musical. I’m a huge Carole King fan so when I heard this musical was coming to Chicago I literally jumped for joy.

• Kinky Boots. Of all the shows (that have been announced thus far) coming to Chicago, I’m most excited about Kinky Boots! I can’t wait for it to make its way to Chicago this summer! 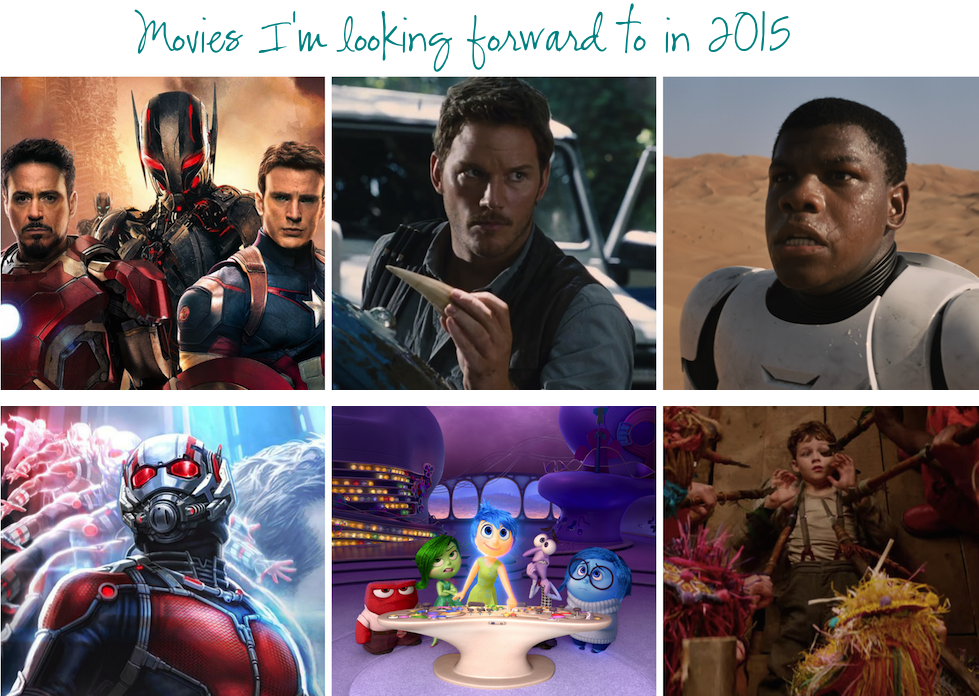 •  The Avengers: Age of Ultron. I basically grew up on Marvel (I had the X-Men Encyclopedia memorized by the time I was nine) so anytime they release a new film, I’m there opening day to support them (I’m so HAPPY Loki is going to be in this! Tom Hiddleston is my DREAM MAN!)

• Jurassic World. It’s a really long story but I have a huge personal connection to the Jurassic Park franchise! I can’t wait for this film (it gets bonus points for having Chris Pratt in it!)

• Star Wars: Episode VII. A lot of people don’t know this but I’m a HUGE Star Wars fan (like huge is an understatement!) I don’t know what it is but those films really have a hold on me!

• Ant-Man. Tom Hiddleston might be my dream man but Paul Rudd is a pretty close second! I remember people use to always compare me to Phoebe Buffay growing up, so when her and Mike (aka Paul Rudd) got married in the final season of Friends, I took that as a good sign! Plus, Marvel can do no wrong in my eyes!

• Inside Out. Who doesn’t LOVE Pixar?!

• Pan. Peter Pan is one of my favorite ‘classic’ Disney films and thanks to Once Upon A Time, my Hook obsession is crazy now (I also LOVE the OUAP Peter Pan storyline!)

• Coldplay // A Head Full of Dreams. Coldplay is my absolute favorite band and I’ve been a die hard fan since I first heard them in 1999 (yes I was only 7 but I was a very obsessive 7 year old!) Rumor has it that A Head Full of Dreams will be their final album. I just hope it’s good, I was very disappointed with Ghost Stories (although I love every other album of theirs!)

• Adele. I’m pretty sure I’m not the only person anticipating Adele’s next album!

What shows, music, films or trips are you looking forward to in 2015?
156 Replies