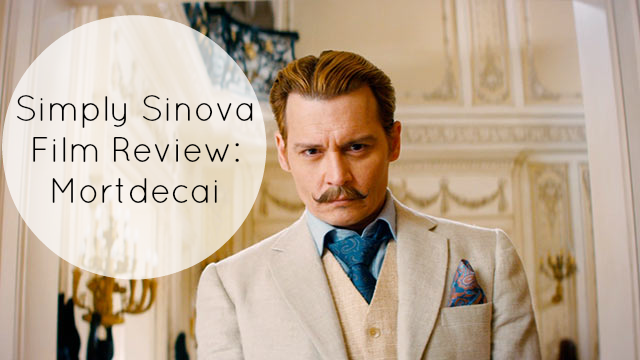 / 5 [I prefer bouquets to stars]
Mortdecai, 1 hr. 46 min
Genre: Action/Comedy
Staring: Johnny Depp, Gwyneth Paltrow, Paul Bettany, Ewan McGregor and Olivia Munn
With his fortune running out and millions owed in back taxes, art dealer Charlie Mortdecai must team up with an old college buddy (rival?) in order to recover a stolen painting rumored to contain the code to a lost bank account filled with treasures beyond belief.

This was one of those film that’s funny to watch at home with a bunch of friends on a boring Wednesday night but I don’t know if I’d recommend going out and spending money on it. While the all-star cast was great, the humor fell a little flat sometimes. My best way of describing Mortdecai is that it’s not a funny film, but a film with funny parts (if that makes sense?) Some scenes were honest to god laugh out laugh funny. While others left me thinking “what happened to you Johnny Depp?”

Favorite Character: Jock (played by Paul Bettany!) Mortdecai’s personal assistant/body guard/servant/right hand man definitely added some comic relief to this film. A man of few words (yet many women,) Jock was always there to take one for the team (i.e. Mortdecai) even if that involved getting shot, run over by a car or almost getting his fingers cut off!

Favorite Scene: The movie takes places mostly in London & Oxford (although it does have a few scenes in Russia) but it’s when Mortdecai and crew travel to Los Angeles when things really get silly. Mortdecai’s reaction to LA (and the USA in general) in comparison to England was really funny. You can tell Johnny Depp had a lot of fun with that scene!

Favorite Line: “No, I don’t need help with my bags. I have a f*cking man servant!”

Favorite Song: There weren’t really any songs in Mortdecai. The movie was mostly set to a James Bond-like/spy score.