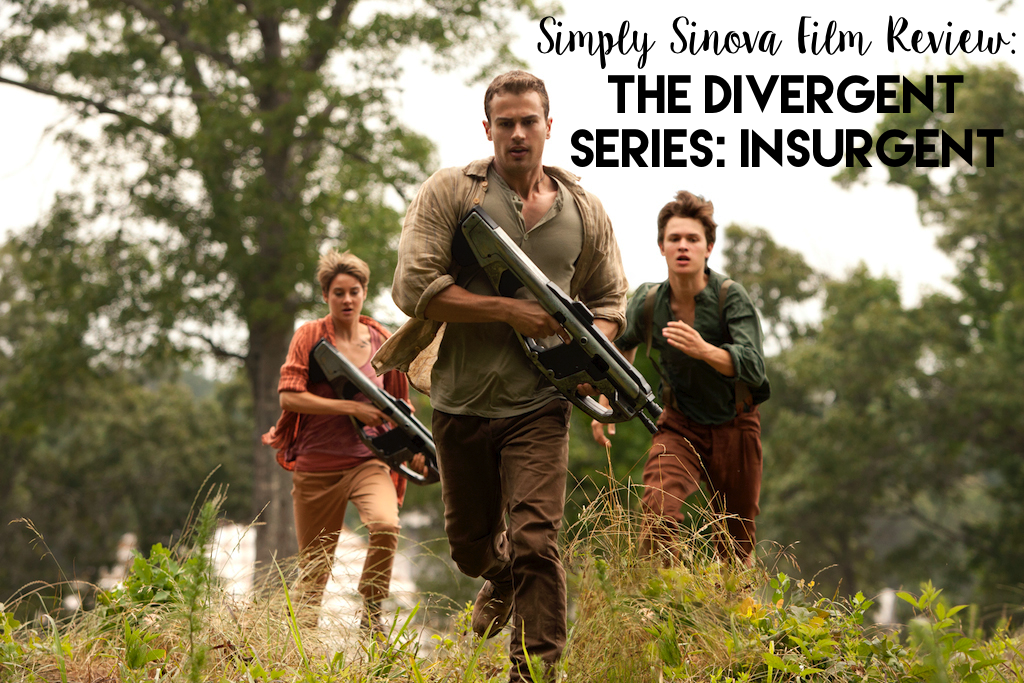 / 5 [I prefer bouquets to stars]
The Divergent Series: Insurgent, 1 hr. 59 min
Genre: Adventure, Sci-Fi, Thriller
Staring: Shailene Woodley, Ansel Elgort, Kate Winslet, Miles Teller and Theo James
* I know a lot of people don’t like the way the Divergent movies differ from the books (especially with Insurgent) but what I’ve learned is that you MUST separate the books from the films (and that goes with any novel turned movie!) I know it can be hard but it’s a fact that books will always be more detailed than their movie counterpart. Therefore, this review is based solely on the Divergent Series films and NOT how it compares to the novels. I should also start by saying that films like this i.e Hunger Games, Twilight, anything Nichols Sparks (aka Young Adult novels-turned-films) are one of my LEAST favorite movie genres*
Picking up exactly where Divergent left off (give or take a few weeks),  Insurgent follows Tris Prior as she searches for allies and answers in this action packed sequel. I definitely recommend rewatching Divergent or brushing up on your factions’ info before hand because this movie spends little time playing catch up (which was actually refreshing!) While this film isn’t necessarily cinema gold, it’s definitely not a sight for sore eyes either. Insurgent had the perfect amount of action and humor to keep the audience engaged throughout the entire almost 2 hour movie.
Favorite Character: Beatrice “Tris” Prior. Tris, like a lot of people, is constantly conflicted about who she really is and where she belongs. I can definitely identify with that. Her realization that it’s okay to belong to multiple groups (or factions) is something that I’ve come to learn as I’ve gotten older. Growing up I always thought it was weird that I didn’t belong to any one group. I wasn’t solely a class clown or nerd or popular or a film geek, I was everything put into one and that’s okay! I also really love Peter! I’ve always been a fan of the “is he a good guy or bad guy” character!
Favorite Scene: Every simulation scene!
Favorite Line: [SPOILER ALERT] The film had lots of great dialogue but the closing line (I won’t say what it was) was definitely my favorite!
Favorite Song: ‘Holes in the Sky‘ by M83 with HAIM. I LOVE M83 and I LOVE HAIM! Mash them together and you get perfection! Even though I really like Imagine Dragons Warriors, I think if I had to describe Insurgent in one song it would definitely be Holes in the Sky! Although, I’m a little disappointed Ellie Goulding wasn’t a featured artist on the Insurgent soundtrack since she basically WAS the Divergent soundtrack!
30 Replies