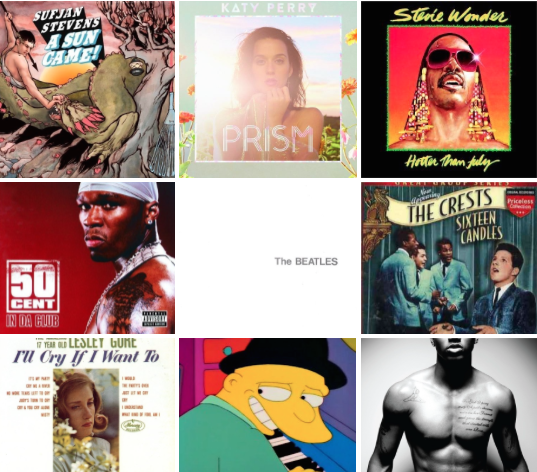 • Birthday [Katy Perry]. I listened to this song EVERY DAY last summer (you might remember this song appearing on Monday’s Music 04 back in May 2014.)

• Happy Birthday [Stevie Wonder]. This is my absolute favorite birthday song! I can’t help but smile when I hear it!

• In Da Club. Who HASN’T had this song played for them on their birthday, am I right?

• Birthday [The Beatles]. I know most people [mostly Beatles fans] dislike this song but I like it! It’s silly and funny & who doesn’t love that combination. Obviously it’s not The Beatles greatest work but it’s a birthday go-to in my house!

• Lisa It’s Your Birthday. Since my mom’s name is Lisa, we (my sister & I) play this song on her birthday every year!