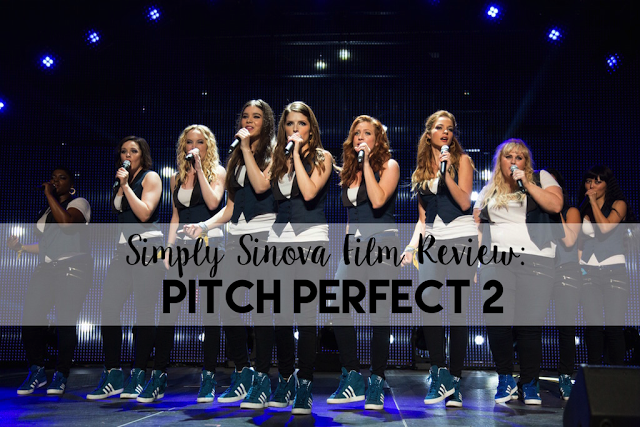 / 5 [I prefer bouquets to stars]
Pitch Perfect 2, 1 hr. 55 min
Genre: Comedy
Staring: Anna Kendrick, Hailee Steinfeld, Brittany Snow, Rebel Wilson and Elizabeth Banks.
The Barden Bellas are back, and better than ever, in Pitch Perfect 2! After an embarrassing performance in front of President of the United States, the Bellas are striped of their national concert tour and taken out of the Aca-Circuit. To prove they have what it takes to be reinstated and regain the right to compete as a team, the Bellas must win an International competition no American team has ever won before.

Favorite Character: Gail and John. What can I say? They’re hilarious! Their crude sense of humor, the way they play off of each other, everything about this duo is spot on! I love that they didn’t overuse these two characters. They weren’t present throughout the whole film but when they were, they were definitely memorable!

Favorite Scene: The Bellas are invited by the self proclaimed “biggest A Cappella fan” for a special performance/sing-off (at his house) against three teams including their German rivals, Das Sound Machine, an all boy group and a very SPECIAL guest team (seriously, this “surprise team” was one of the highlights of the entire film!)

Favorite Line: There was no singular ‘memorable’ or favorite line (whoops!)

Favorite Song: EVERY PERFORMANCE! Obviously music plays a major part in this film. I don’t really want to spoil anything by revealing any of the song mashups that either of the A Capella teams performed but I can say that NO performance disappointed! Although, if I HAD to pick a favorite, I will say that the Bellas final performance number really put the biggest smile on my face. This is definitely a fun film for anyone who is a fan of singing and dancing!

This was probably one of my favorite movie screening’s so far! There were A Capella groups preforming as everyone was coming in and settling into their seats (how cute is that?!) I also got some super cute Pitch Perfect goodies at the Pitch Perfect 2 screening! Before the film started they gave out Pitch Perfect posters, a little tote (not pictured) and a cup. Once the film was over they gave everyone in the audience mini flashlights (once you see the film you’ll understand the meaning and get how ADORABLE the flashlights are!) 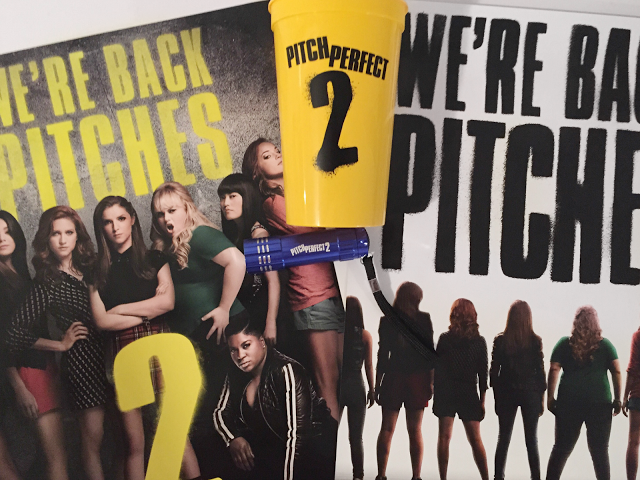 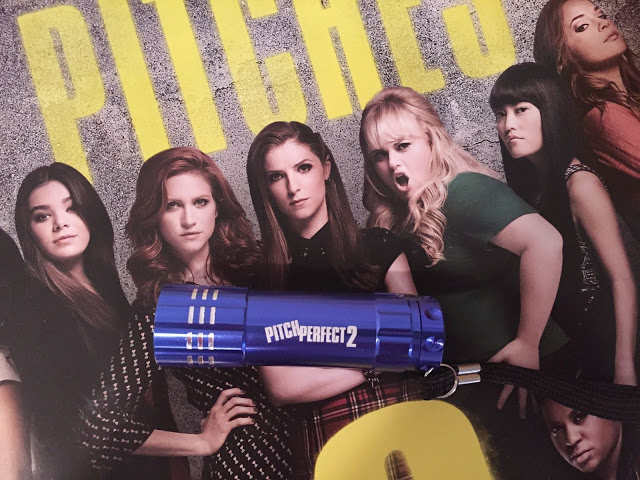