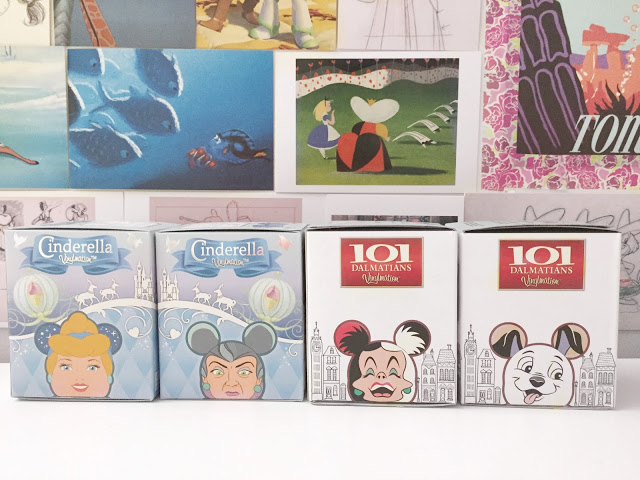 Happy Wednesday! Welcome to another edition of Blind Box & Bag Roundup. Today’s BB&BR is dedicated to my favorite blind boxes: (at the moment) Vinylmation’s! I’ve been waiting AGES for the Disney Cinderella Vinylmation’s and 101 Dalmatians Vinylmation’s to go on sale and last week they finally did. Since these two Vinylmation series’ have been out for a while (Cinderella came out in January and 101 Dalmatians came out in February,) they’re currently on sale for only $5.99 (which is AWESOME compared to their regular price of $12.95!) Side note: I’ve FINALLY finished my Disney Gallery wall (you can see some of it behind the Vinylmation boxes!) It took a few hours but I finally did it! So far the gallery wall consists of some of my Disney Postcards and Pixar Postcards! 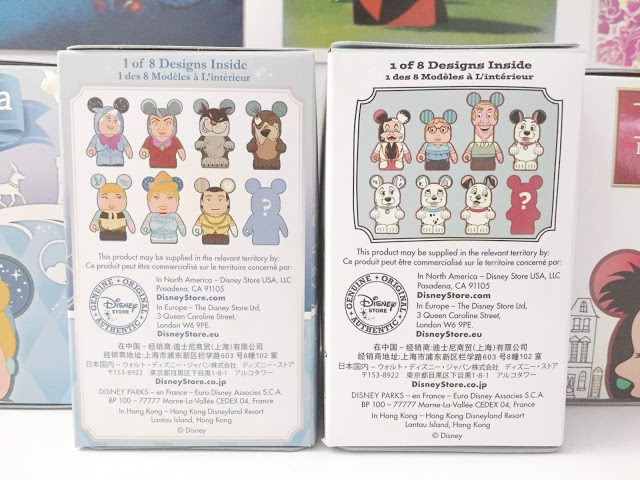 Back in April, I got a Cinderella Vinylmation for my birthday and got a Bruno figure so I was hoping I didn’t get him again during this opening. If I had to pick a favorite Cinderella figure, I’d definitely have to go with the Cinderella in rags design. There’s just something about it that caught my eye when this series was first released back in January. From the 101 Dalmatians series the only figure I don’t want is Roger (look how scary his long neck is?!!?) Cruella de Vil is my FAVORITE Disney villain so I was definitely crossing my fingers for her! 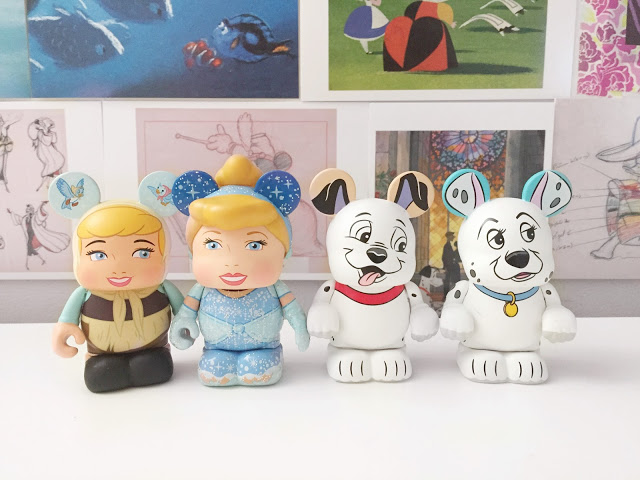 I’m SO HAPPY! I got Cinderella in rags (YES) and Cinderella in her ball gown from the Cinderella series. From the 101 Dalmatians series I got Lucky (who’s always been my favorite of the puppies) and Perdita. 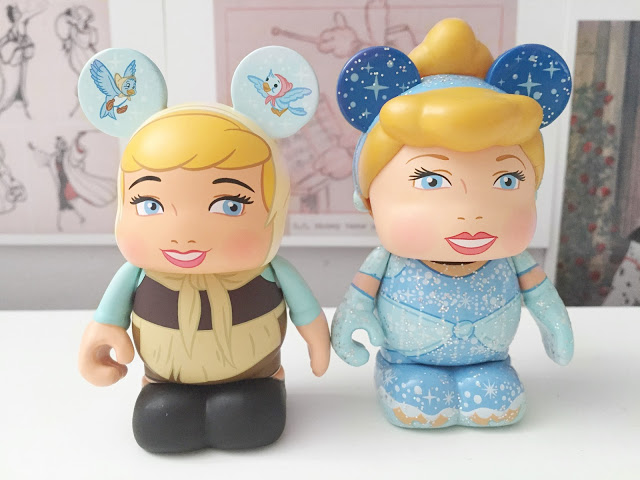 I absolutely LOVE the two Cinderella Vinylmation’s. In fact, the Cinderella in rags figure is now my FAVORITE Vinylmation in my entire collect. I just love the details on this figure (how adorable are the little birds in her ears?) The ball gown Cinderella is also gorgeous. The sparkles add so much to the figure. How lucky was it that I was able to get BOTH versions of Cinderella in one opening?! 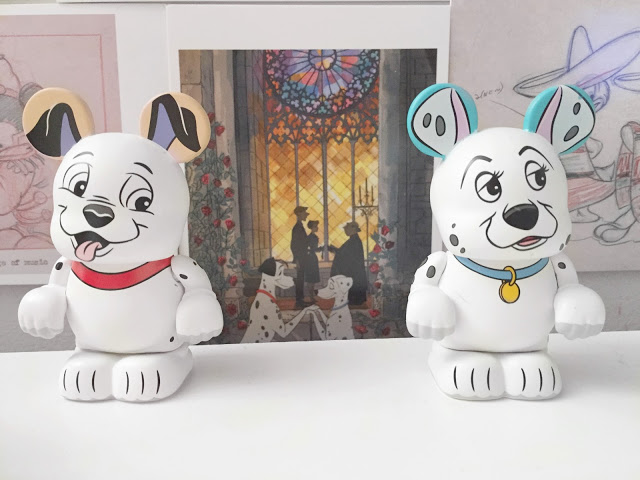 (Side note: that 101 Dalmatians postcard is one of my favorite images on my Disney gallery wall!) I was a little bummed because my Perdita figure came with a little scratch on the right side of her belly but she’s still pretty adorable! Even though I didn’t get Cruella, I’m happy I didn’t get that creepy Roger Vinlymation. I’m heading to the Disney Store today after work so hopefully there are a few more of these Vinylmation’s at my store (because once they’re marked as clearance, they don’t restock them if they sale out.) I’d love to pick up a few more boxes (I REALLY want Cruella!)
Be sure to check out Blind Box & Bag Roundup 01 -17 HERE!
44 Replies