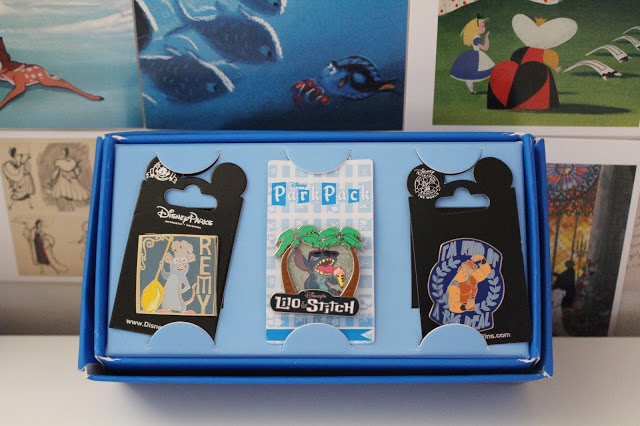 Happy Saturday! I know I don’t usually post on weekends but since I’m heading to Disney World TOMORROW (I’m so excited), I wanted to get this post up before my trip. Although I’m still really into the idea of the Disney Park Pack’s, I’ve noticed quite a few people have been disappointed with them. In fact, while May, June and July’s Park Pack’s were snatched up within minutes of their release, this month’s took over five days to sell out. I do understand that they’re a little pricey and the pins released up until this point might not have been everyone’s cup of tea (I’ve liked them all so far) but for now, I still think they’re worth it (fingers crossed for a Beauty and the Beast Park Pack LE pin in the near future!) 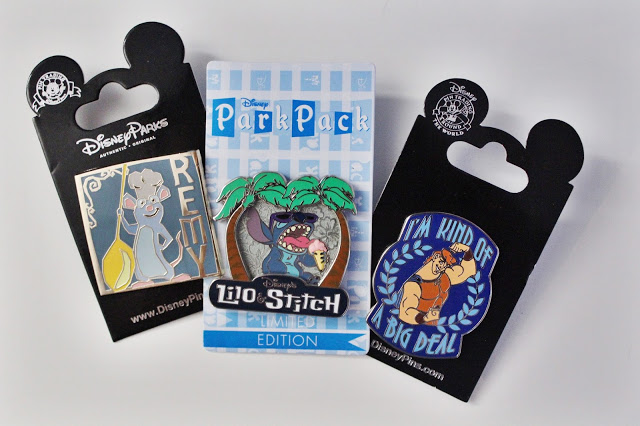 If you missed July’s Park Pack review, here’s a quick recap. Park Packs come with three different pins each month: two rack pins that have yet to be released at the Disney Parks and a Limited Edition (or LE) pin that is only available in the Park Packs! They cost around $39.95 (shipping is FREE) and are definitely worth it for any Disney Pins collector! This is the fourth month that Park Packs have been available but unlike most subscription boxes that automatically renew, you have to repurchase Park Packs each month. 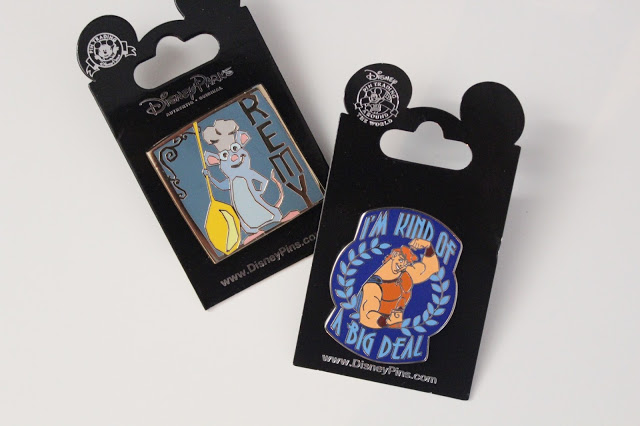 This month’s rack pins were a Ratatouille pin featuring Remy in his chef hat holding a wooden spoon and a “I’m Kind of a Big Deal’ Hercules pin. I LOVE THESE PINS! While I don’t collect Ratatouille pins per say, I do have a small Pixar collection that I’ve been meaning to expand (ironically enough, Ratatouille is the only Pixar movie I didn’t have a pin from.) As a kid Hercules was one of my FAVORITE Disney movies (‘I Won’t Say (I’m In Love)‘ is still one of my favorite Disney songs.) It came out when I was five and I VIDLY remember watching it EVERYDAY in kindergarten. Sadly, I only own two Hercules pins so I’m super excited to have a third one (and such an awesome one at that!) 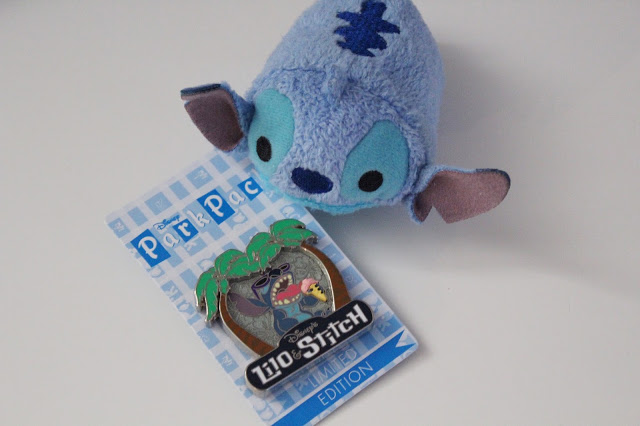 It’s no secret I LOVE Lilo & Stitch, my mom’s name (well, nickname) is Lilo after all (the nickname is in no way related to the film, it’s actually a variation on her real name.) My Stitch pin collection is actually my fourth biggest collection (after Beauty and the Beast, Alice In Wonderland and Villains) so I was super happy about this month’s LE pin! It can’t get any more ADORABLE than Stitch rocking shades while eating an ice cream under some palm trees!

Since I’m heading to Disney World tomorrow, you can expect to see a Pin haul/updated Disney Pin collection post soon!  Do you collect Disney Pins? Which are your favorite kind of pins to collect? If you don’t collect Disney Pins, what sort of things do you enjoy collecting?