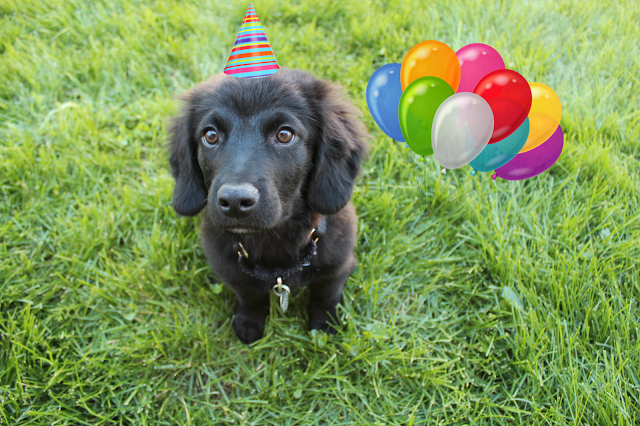 Today (August 14th) my little Loki turns 6 months old! I can’t believe it, it seems like yesterday I was walking out of PAWS Chicago with the BIGGEST smile on my face after adopting the world’s CUTEST 3 month old Dachshund Lab mix puppy! Like with a lot of shelter dogs, we didn’t know much about Loki’s past. What we did know is that he (and his 3 brothers and sister) were Dachshund mixes (we learned later that what he’s mixed with is Lab) and that he was brought to PAWS Chicago from New Orleans (no wonder he’s such a southern gentleman.) We also know that he was born on February 14 aka Valentine’s Day (no wonder he’s such a sweetie pie and loving dog!) 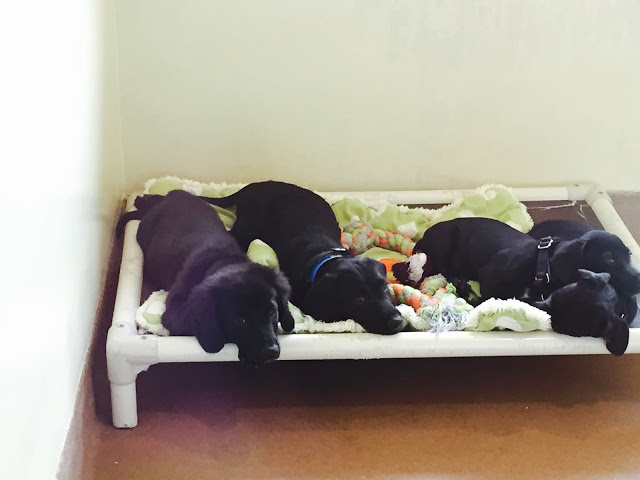 Here’s Loki (far left) with his three brothers (his sister was the first to get adopted) on May 31 (his adoption date) at PAWS Chicago! From the second I saw Loki, I knew there was something special about him. As you can see, his brothers had that typical Dachshund look but Loki’s long coat and fluffy ears caught my eye instantly. In fact, EVERYONE wanted to adopt Loki that day (there were 6 families who wanted to adopt him.) At PAWS Chicago, it’s a first come first serve sort of thing so as soon as you request to meet and play with one of the animals, they become unavailable for others to meet until you decide if you want to adopt them or not. When we first saw Loki we were devastated to learn that a couple in front of us were currently meeting/considering adopting him. THANKFULLY, they passed on him (crazy people) and since we were the second family to express interest in him, it was our turn to meet him! Long story short, he’s officially Loki Sinova now (his birth name was Helo so we kept that as his middle name!) 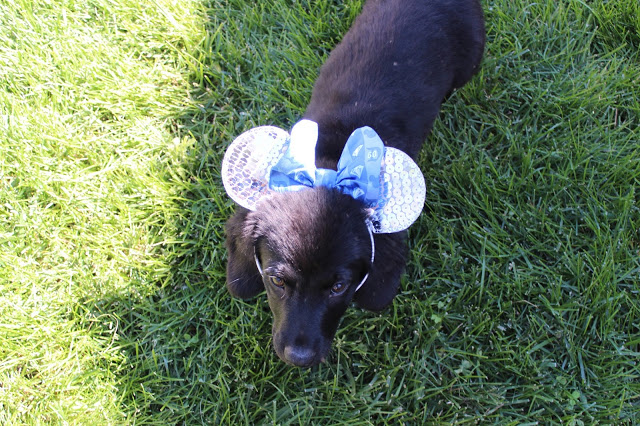 We adopted Loki two days after returning from our California/Disneyland trip so I thought it would be funny if he wore my Build-A-Bear’s Disneyland 60th Anniversary Diamond Celebration ears (since Disney is such a huge part of our lives.) It didn’t take much time for us to learn that Loki DOES NOT like wearing any kind of clothes/accessories! 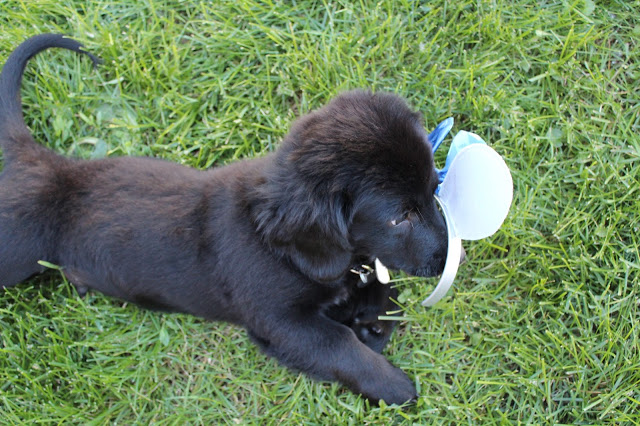 Look that his little body?! Facially he might look like a Lab but his body is ALL Dachshund! 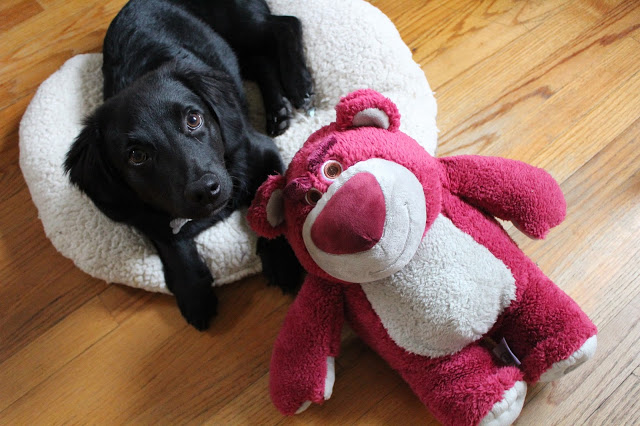 Its been so much fun getting to see Loki’s personalty develop over these past few months. For example, Loki LOVES Toy Story (I think it has something to due with the fact it’s the first movie I played for him after he was adopted.) Whenever any of the Toy Story movies are playing, he stops, grabs a toy (usually Lotso bear) and runs and sits down in front of the TV! Go figure my dogs loves Pixar, he was born into a Disney family after all! 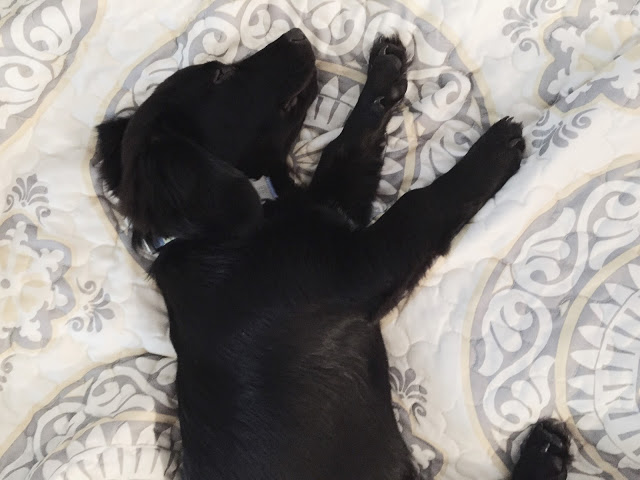 Although Loki has his own room (yes, my dog has his own bedroom, technically it’s my moms office but we call it Loki’s room), I LOVE whenever he sleeps with me (just look at that little face!) He’s the world’s best cuddlier! 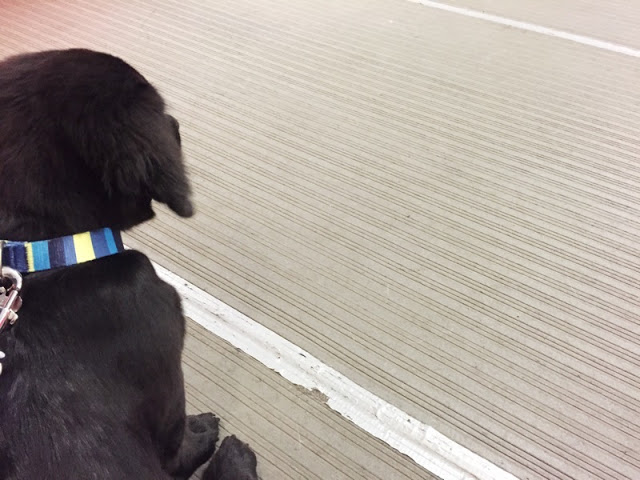 When you adopt through PAWS Chicago, you pay a $75 ‘training fee’ deposit that’s later refunded to you once your puppy finishes a five week (or however long) puppy/training class (what a great way to encourage people to train their dogs!) After six long weeks, my little Loki FINALLY graduated Puppy Academy! 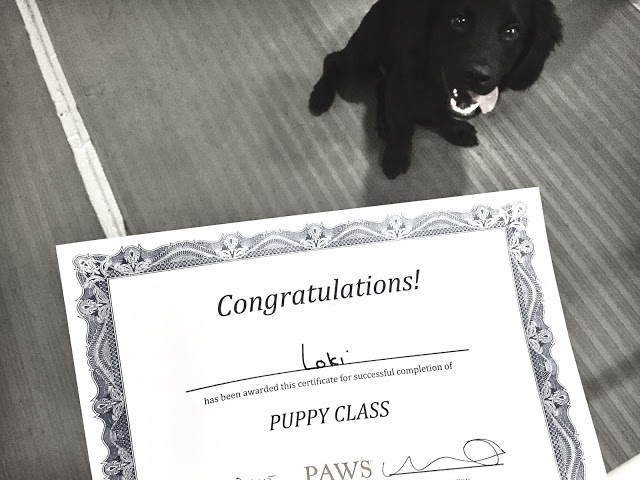 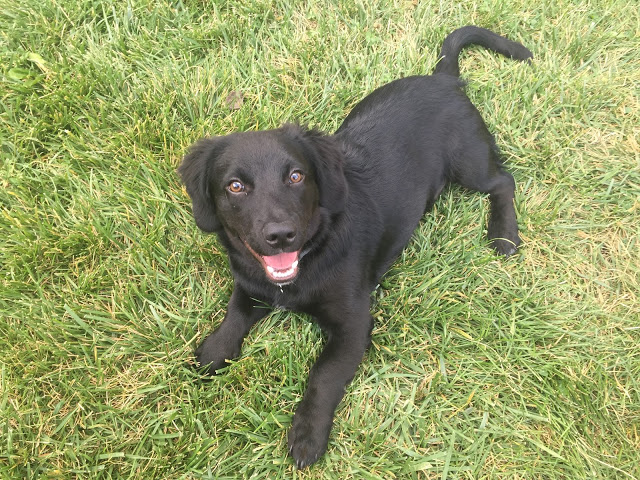 I’m so bummed that I don’t get to celebrate Loki’s half birthday since I’m in DC right now but I hear my mom got him lots of yummy treats so I feel a little bit better! LOVE YOU LOKI! See you soon!