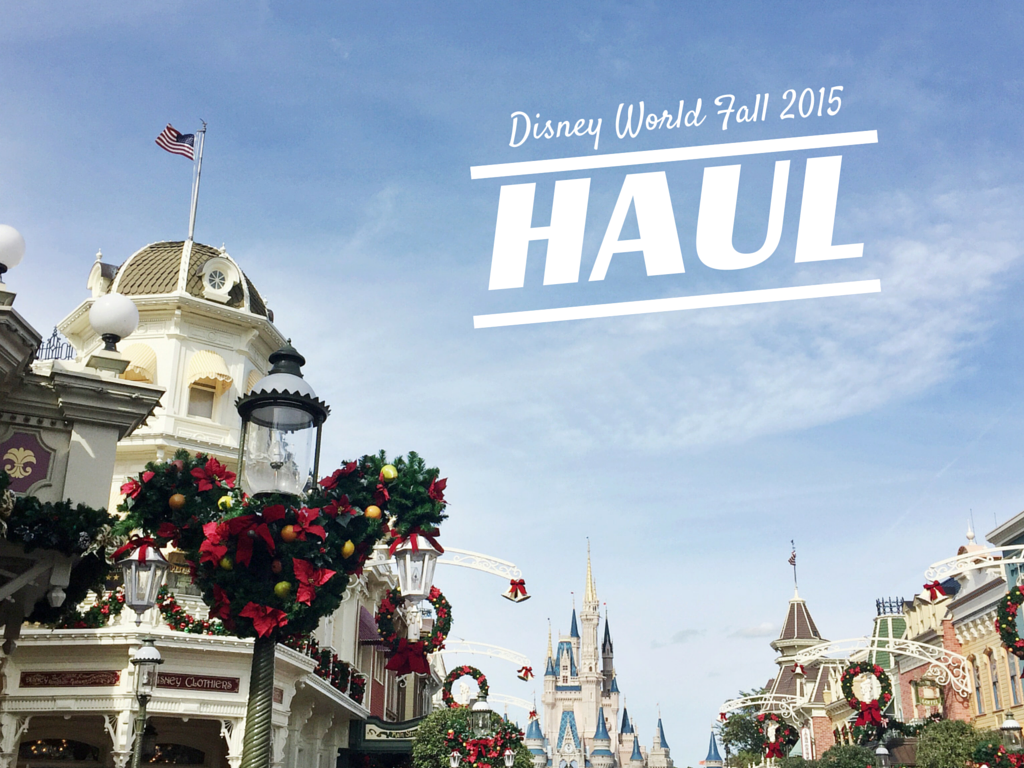 Happy Friday! I am SO happy it’s FINALLY the weekend. This week has been CRAZY busy for me. It’s just been deadline after deadline but thankfully, I’m all caught up on everything and I can finally just take a step back and breath. Since I just got back from Disney World this week (and I’m all finally caught up on work), I thought today would be the perfect time to share this month’s Disney Haul! It’s so weird because although I was only at Disney World for three days (which is basically no time since I’m used to spending at least seven or eight days in the parks)  I actually got way more than I expected (whoops!) Since I’m heading back to Disney World next month (to celebrate Christmas and New Years, which is a family tradition), I tried to hold off on getting too many souvenirs but I guess I couldn’t help myself (I tend to go a little overboard at Disney but I can’t help it!) Like I say in all my Disney Haul posts, a quick disclosure: since I am a Disney Premier Passport holder (aka someone who has an annual pass to both Disneyland AND Disney World), I get a pretty good discount on merchandise (20% off at Disneyland and 10% off at Disney World.) Here’s my Disney World fall 2015 Haul: 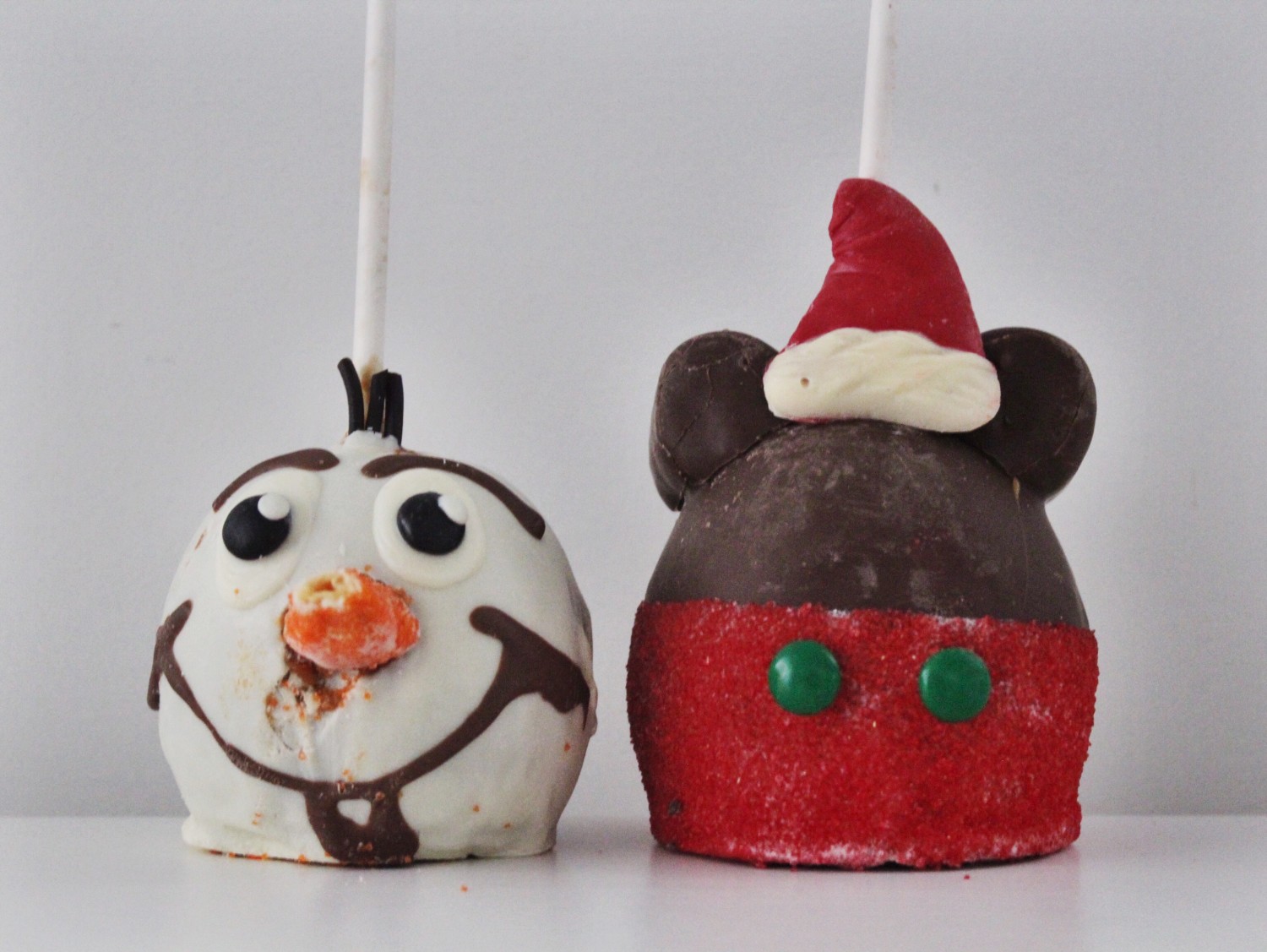 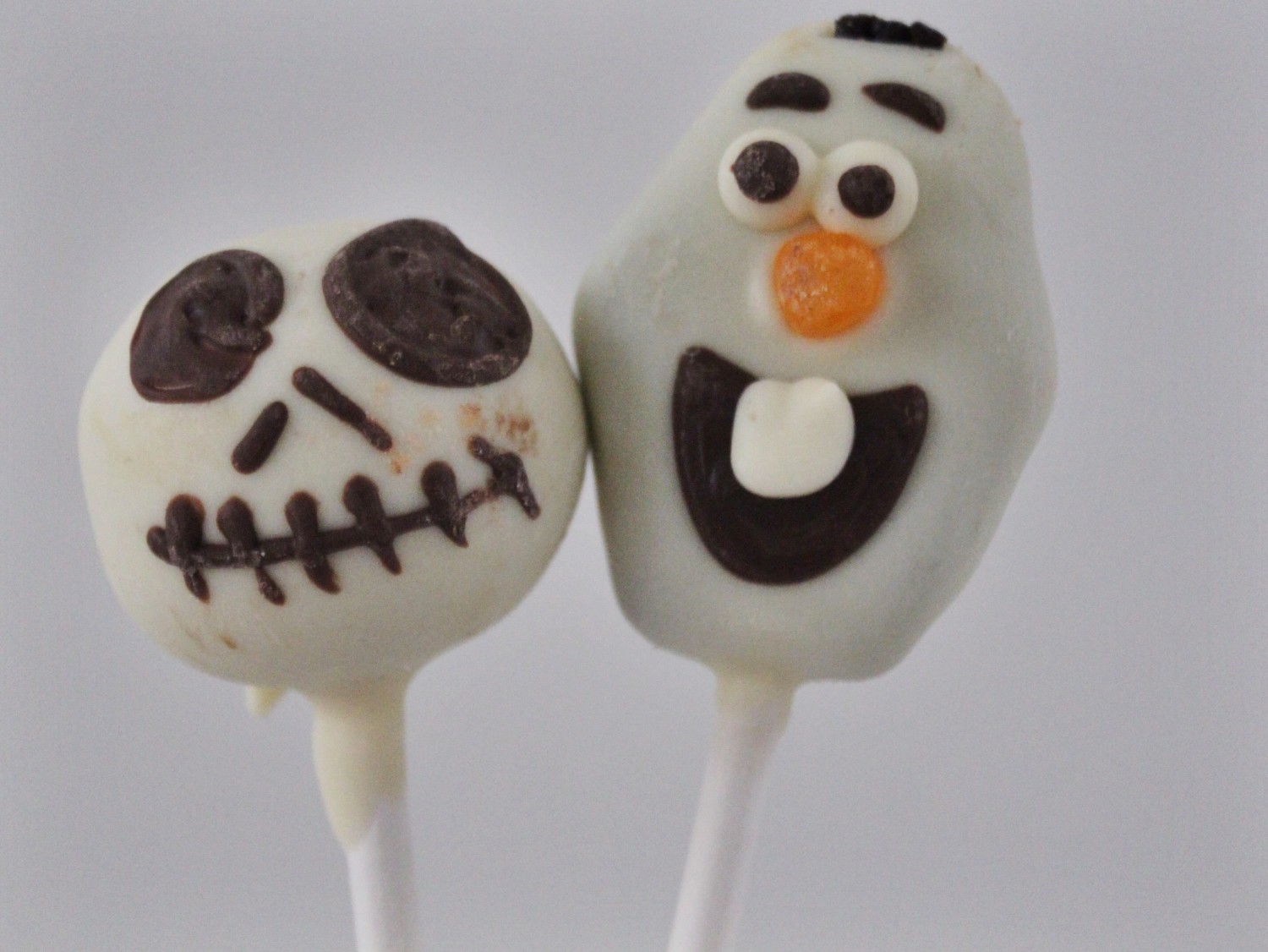 It wouldn’t be a Disney Haul without a few treats! What makes Disney so unique is that it isn’t just the rides that keep me coming back (in fact, the rides are at the bottom of the list!) It’s the fun parades, the amazing shows, the breathtaking fireworks, that awesome Disney atmosphere and of course, the food (if only there was a way to bring Dole Whip back home with me!) This trip I brought back two candy apples (a white chocolate Olaf and a chocolate Santa Mickey) and two chocolate cake pops (Olaf and Jack Skellington.) 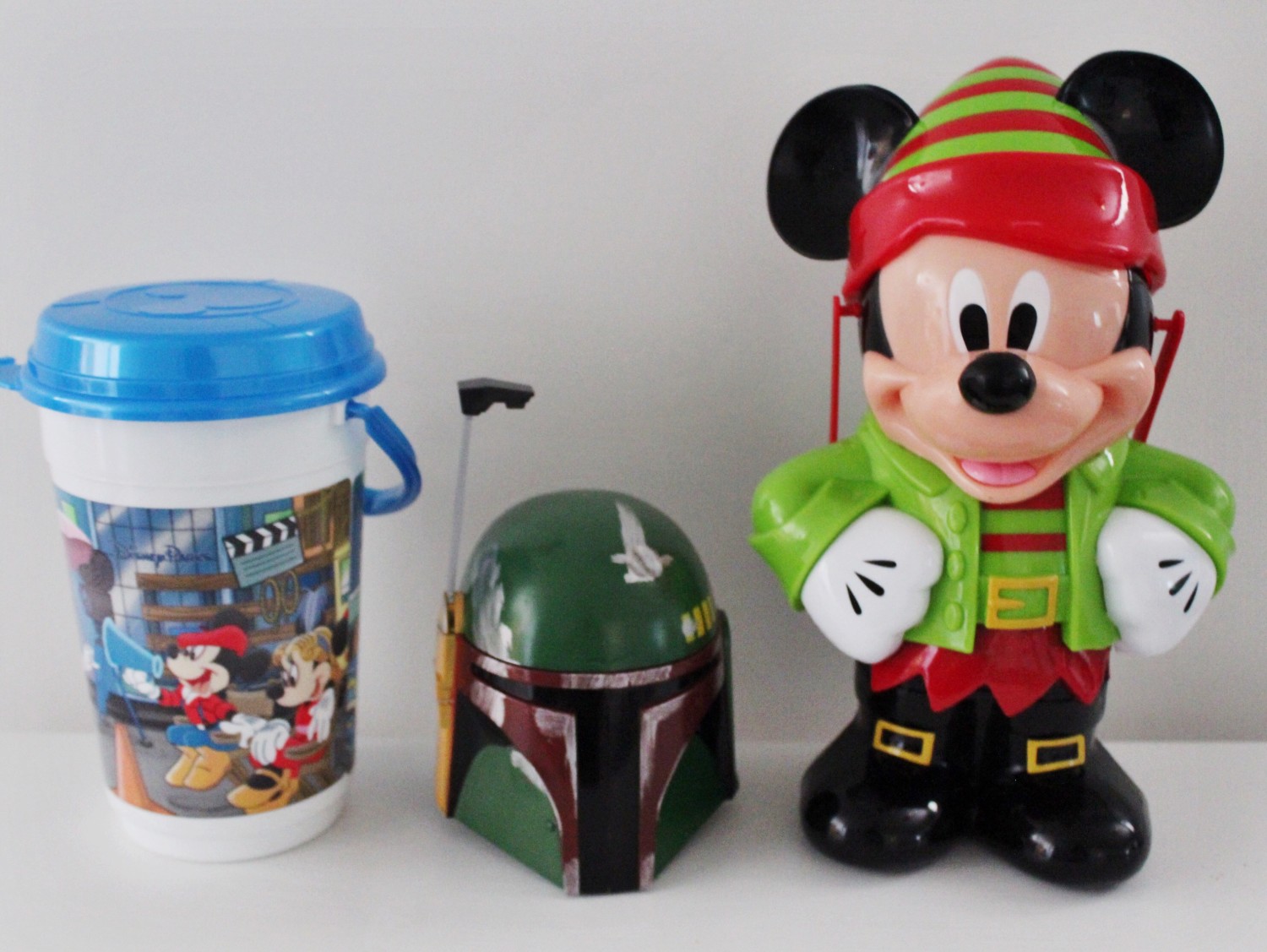 As I’ve said many times on the blog before, my family has quite the collection of Disney popcorn buckets, mugs and cups (they’re just so darn cute, how could we not collect them?) This trip I got a Hollywood Studios popcorn bucket (which I thought I didn’t have but upon further inspection of our popcorn bucket closet, found out we did own, whoops), a Mickey elf popcorn bucket and a Boba Fett Stein (which I’ve been drinking out of NONSTOP ever since I got back home!) 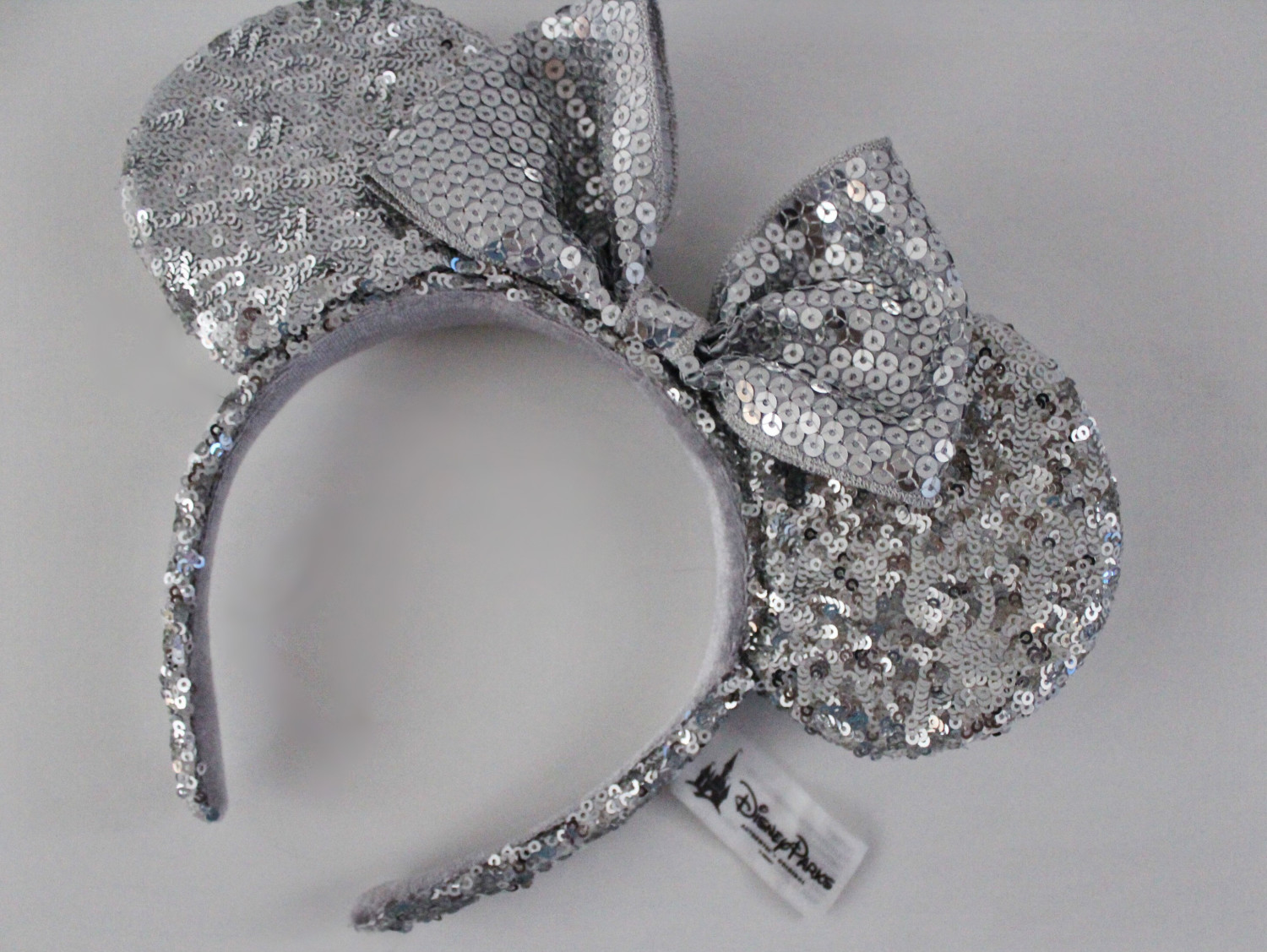 I’m usually not a big fan of the sequin ears but I must admit these silver Minnie ears are pretty adorable! Speaking of Mickey ears, I have been OBSESSED with ordering custom ears on Etsy for the past few months! I’ve gotten Dole Whip ears, Chip and Dale ears and even Darth Vader ears! 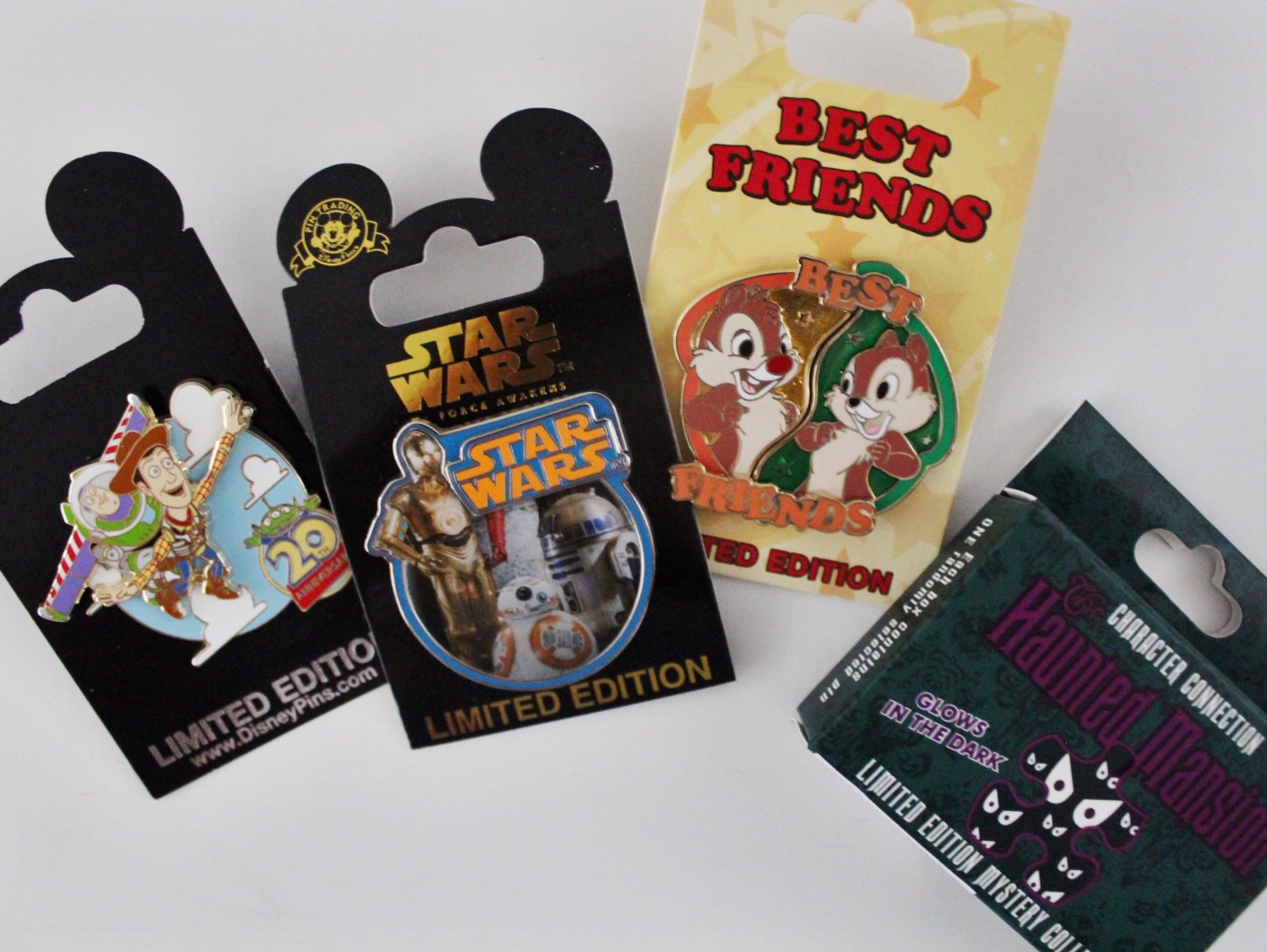 Just like with my trip to Disneyland last month, I brought over 40 pins to trade but I didn’t have much time to do any trading since I was only there for three days. Since I’ll be there for almost two weeks next month, I plan on doing a lot of pin trading to make up for these last two trips! Although I didn’t do any trading, I did buy a few new Limited Edition (or LE) pins! Since LE pins go so fast (since there are only so many made), I decided to scoop a few up! I got a LE 20th anniversary Toy Story pin, a LE Star Wars pin, a LE ‘Best Friends’ Chip ‘n Dale pin and a LE Haunted Mansion Mystery Box! 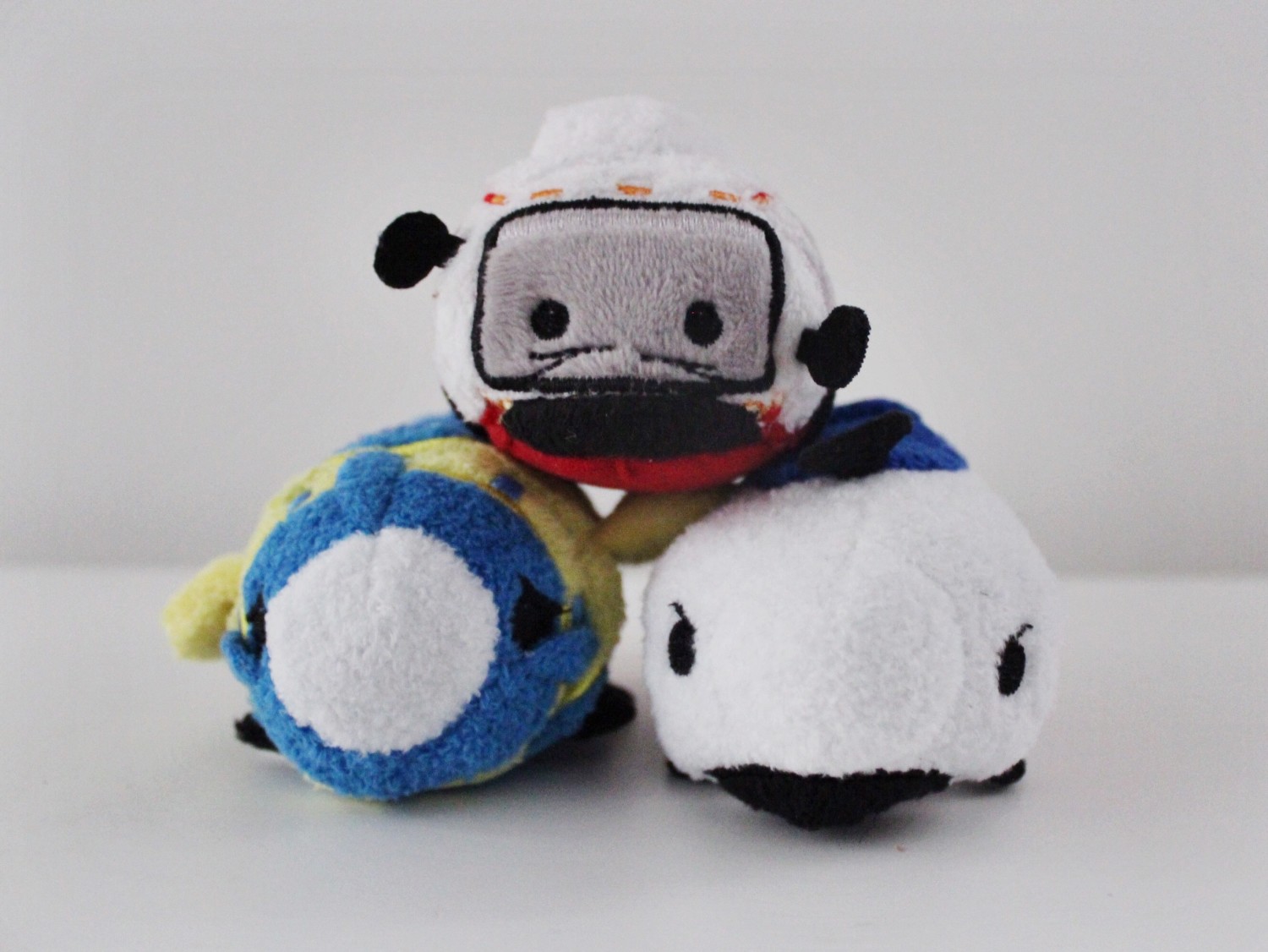 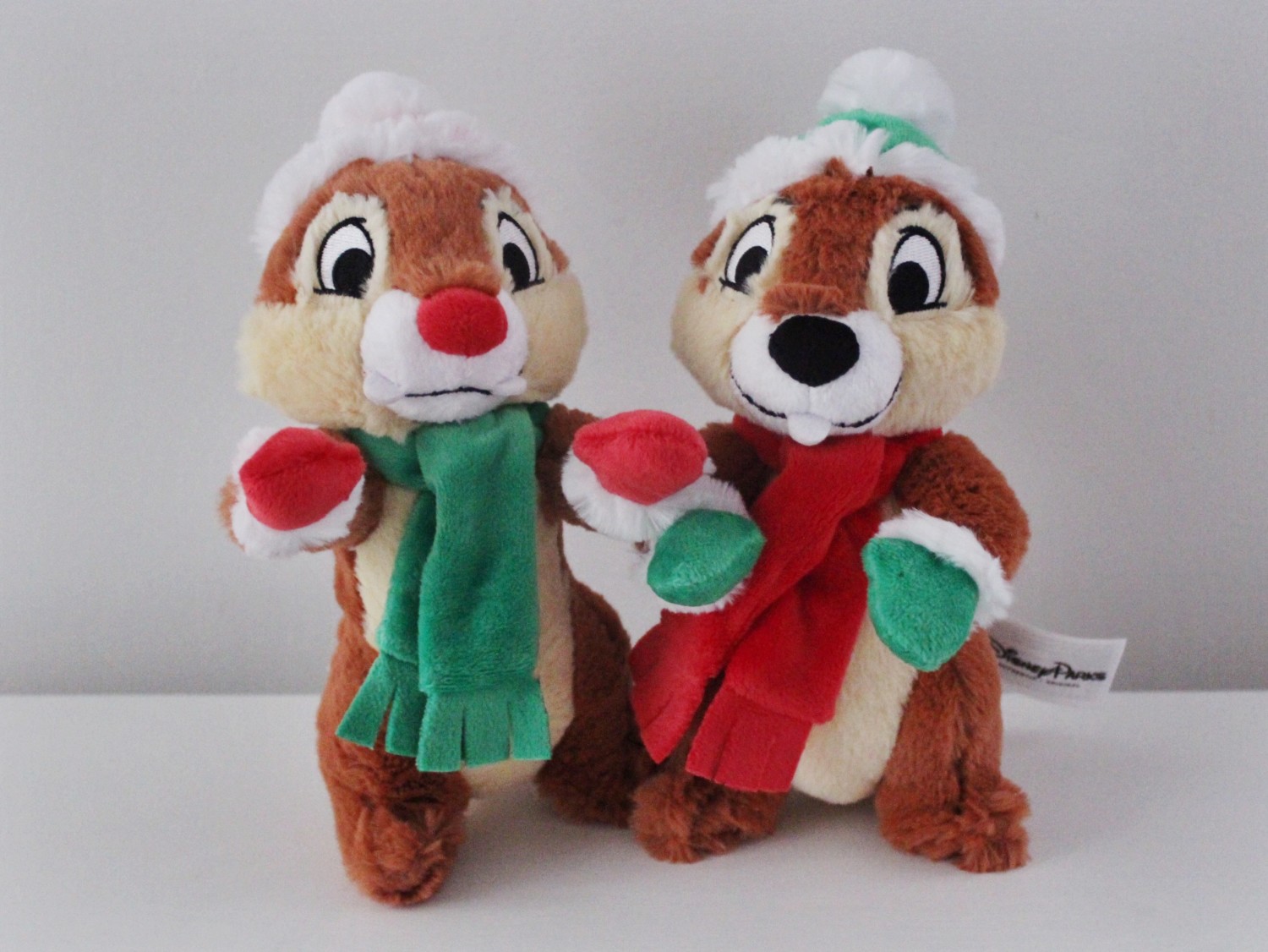 I was a little bummed I couldn’t find all seven of the Disney Park exclusive Attractions Tsum Tsums but at least I was able to get three (hopefully I can pick up the other four during my trip next month!) If you saw my November Must Have post earlier this month, you know how EXCITED I was to get my hands on this ADORABLE Chip ‘n Dale Holiday Plush Set! 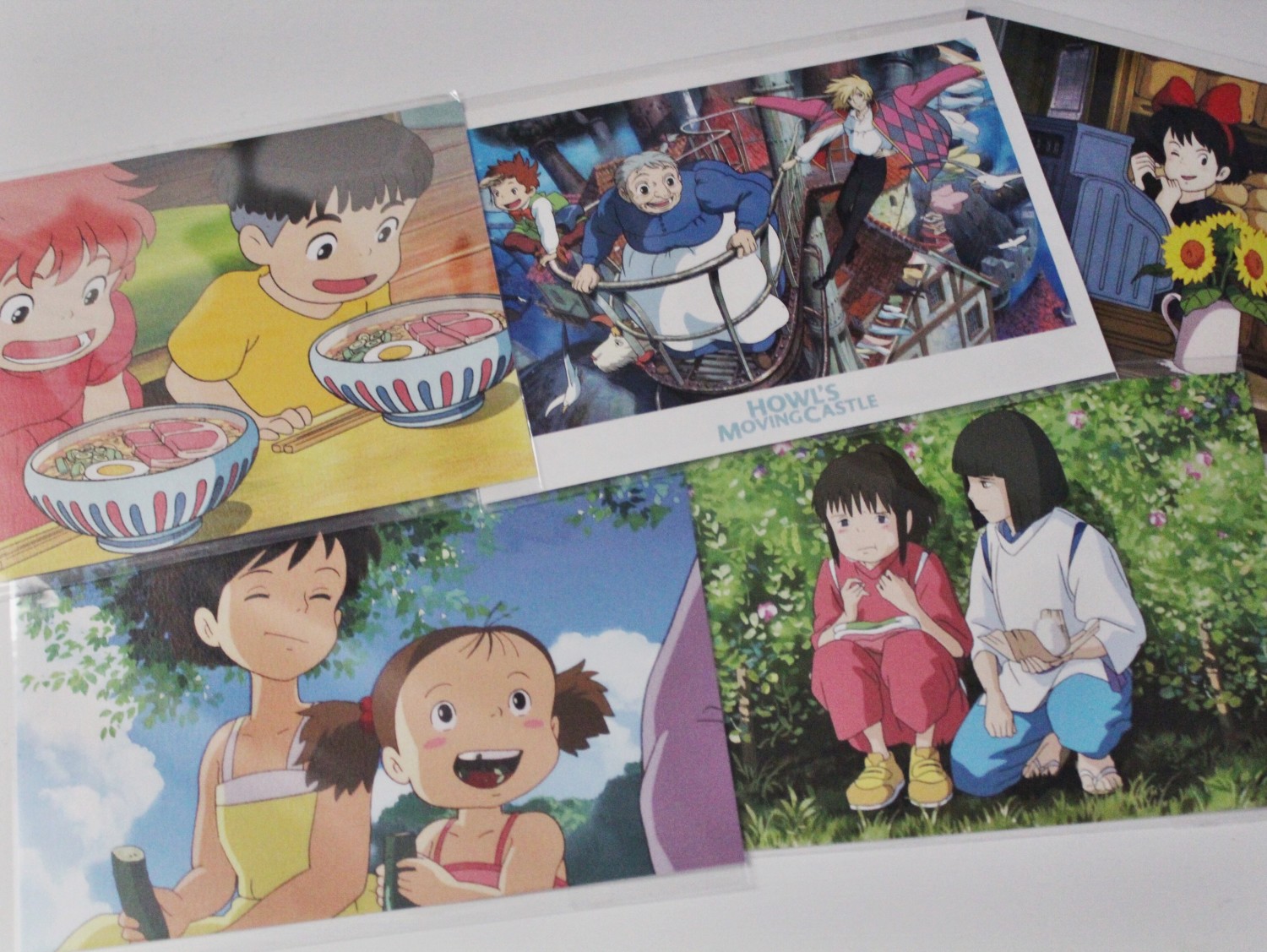 If it wasn’t already evident from this or this, I’m a HUGE Hayao Miyazaki/ Studio Ghibli fan! While I was in Epcot, I picked up some adorbale Ponyo, Howl’s Moving Castle (my FAVORITE film), Spirited Away, Kiki’s Delivery Service and My Neighbor Totoro postcards! I actually have a large poster version of that Ponyo postcard but the postcard size was too cute to pass up! I can’t wait to visit Disney World again next month!

Any fellow Disney lovers out there? Be sure to check out more Disney Haul, Disney World and Disneyland posts here on Simply Sinova (because there’s always room for more Disney!