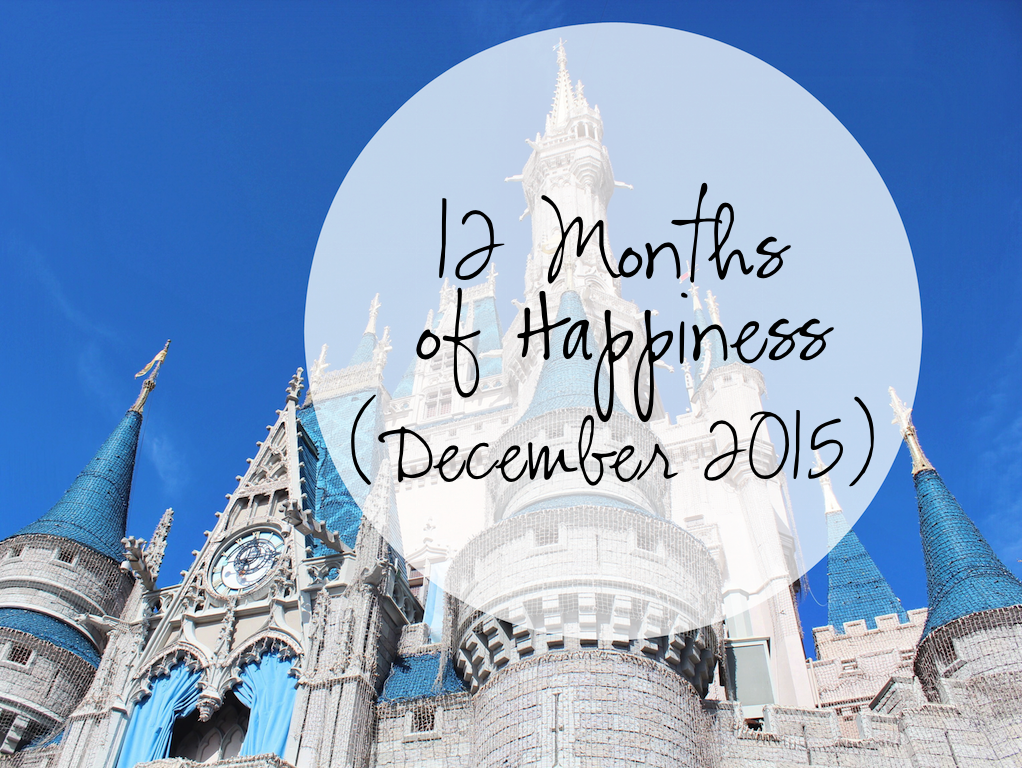 Happy Thursday and welcome to the 12th (say what?!) installment of my 12 Months of Happiness series! I can’t believe tomorrow is 2016?! That’s CRAZY! I can’t believe how fast 2015 went by. I can say in all honesty that 2015 was one of the best years of my life! I traveled like crazy (I went on 11 trips this year! That’s basically a trip a month!), I adopted my Loki and I learned so much about myself and what it takes to make my dreams a reality! All in all, 2015 was close to perfection in my book! I’m so excited to be ringing in the New Year at Disney World again this year (its become sort of a tradition!) Disney is such a HUGE part of my life so it only feels right to be kicking off the New Year (and ending 2015) here. A few readers have asked if I’ll be continuing this monthly series next year and the answer is: OF COURSE! My 12 Months of Happiness series is very near and dear to my heart and I can’t wait to see all the happy moments 2016 holds! Here are some of the things that made me happy in December (Don’t forget to comment down below how your December went and what things made you smile this month!)

Earlier this month, I surprised my mom with a trip to Disneyland! Although we spend Christmas and New Years at Disney World each year, we had never experienced Disneyland during the holidays before so this was a particularly exciting trip. Even though it was SUPER cold (it was in the 40s. In fact, it was colder in Cali than it was in Chicago!?) and both my mom and I got super sick during the trip, it was still as GREAT way to kick off the holidays!

I’ve probably said this a thousand times before but I LOVE Christmas! I love the lights, the Christmas films, spending time with loved ones, I just love everything about the holidays. I spent Christmas at Disney World again this year and it was AMAZING (like always!)

If you couldn’t already tell, I’m a HUGE Disney lover. So getting to end the year (and start 2016) at Disney World is amazing! I’ve been to Disney more times than I can count but it never ceases to amaze me. It’s like stepping into another world. Everything is just so magical and happy!

I can’t believe tomorrow is 2016?!! What made you happy in December/in 2015?
Make sure to check out the entire “12 Months Of Happiness“ series HERE!