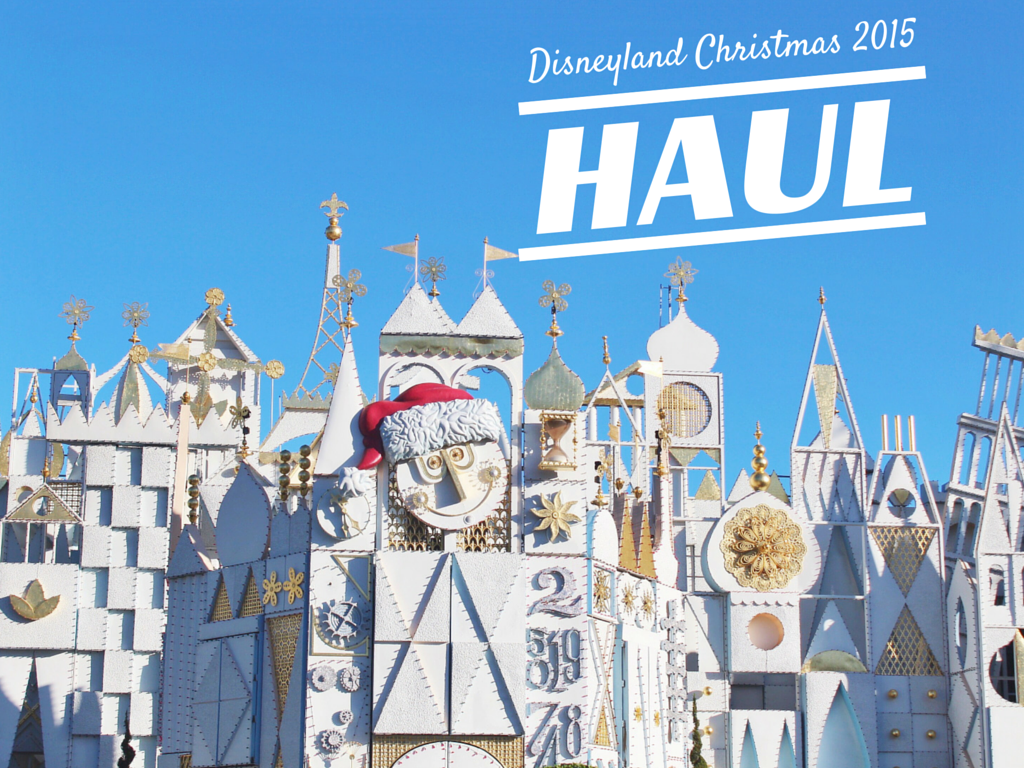 Happy Friday! New month, new Disney Haul! I am really trying to soak up these monthly Disney trips as much as possible before they end in February (and then I won’t be visiting Disney again until my birthday in April when I get to go to DISNEYLAND PARIS!!!) (Side note: I am so EXCITED to see Star Wars: The Force Awakens TONIGHT at the IMAX!) This was definitely a spontartoues Disneyland trip (I only planned it about two weeks ahead of time!) As some of you may have read, I surprised my mom with this Disneyland trip as a Christmas present. Since we always spend Christmas at Disney World, I wanted to finally experience Disneyland during the holidays. So I thought, “why wait until next year?” Next thing you know, I booked a flight out to Cali and there we were (BEST. SPONTANEOUS. TRIP. EVER!) Like I say in all my Disney Haul posts, a quick disclosure: since I am a Disney Premier Passport holder (aka someone who has an annual pass to both Disneyland AND Disney World), I get a pretty good discount on merchandise (20% off at Disneyland and 10% off at Disney World.) Here’s my Disneyland Christmas 2015 Haul: 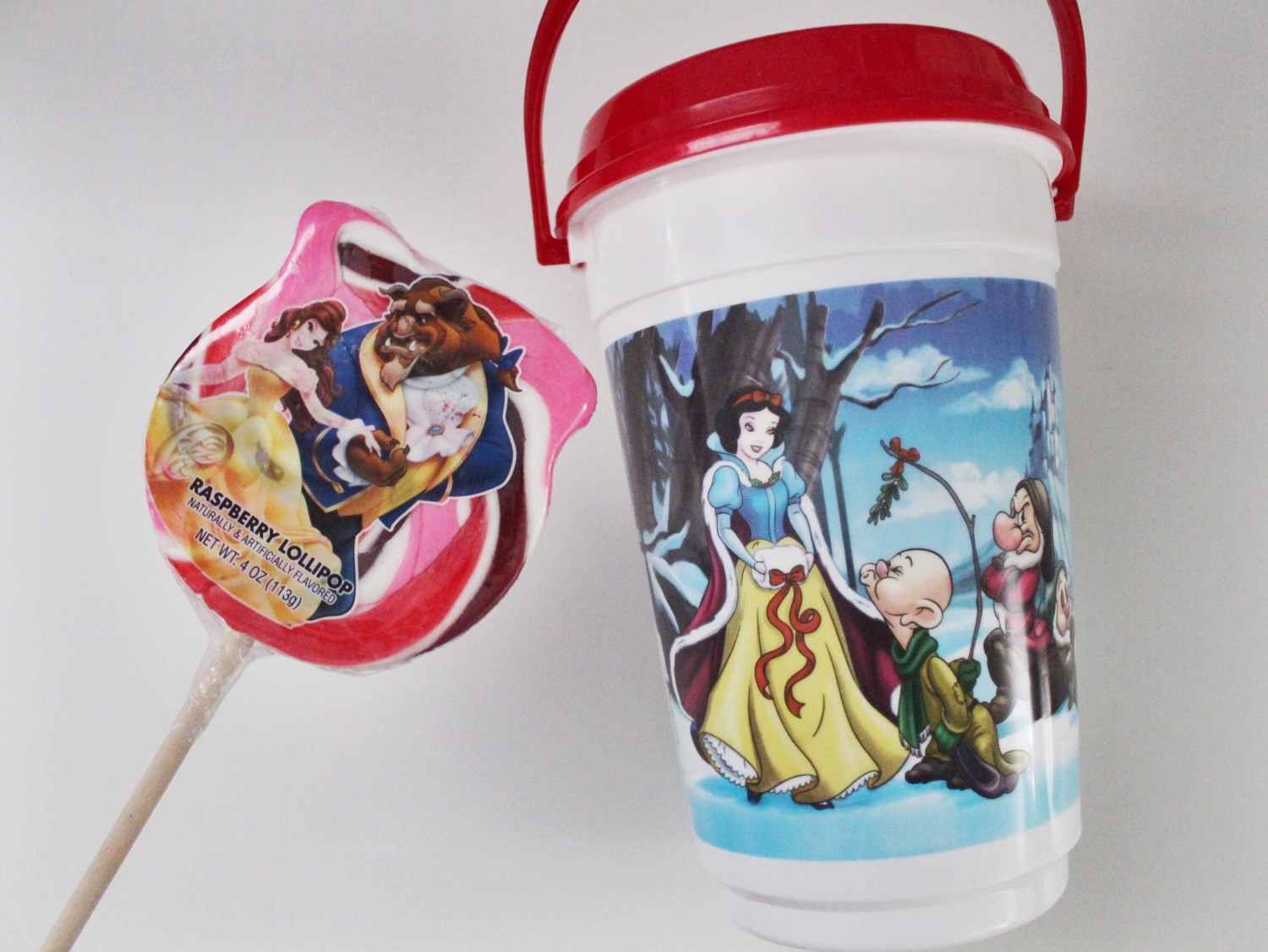 Since I’m heading to Disney World next week (for Christmas and New Years), I decided not to bring home any Candy Apples this trip. Instead, I opted for a Raspberry Lollipop (in all honestly, I only choose this flavor because of its Beauty and the Beast packaging!) I also got an adorable ‘Happy Holidays’ Snow White and the Seven Dwarfs popcorn bucket (since I already got the holiday elf Mickey popcorn bucket during my November Disney World trip.) 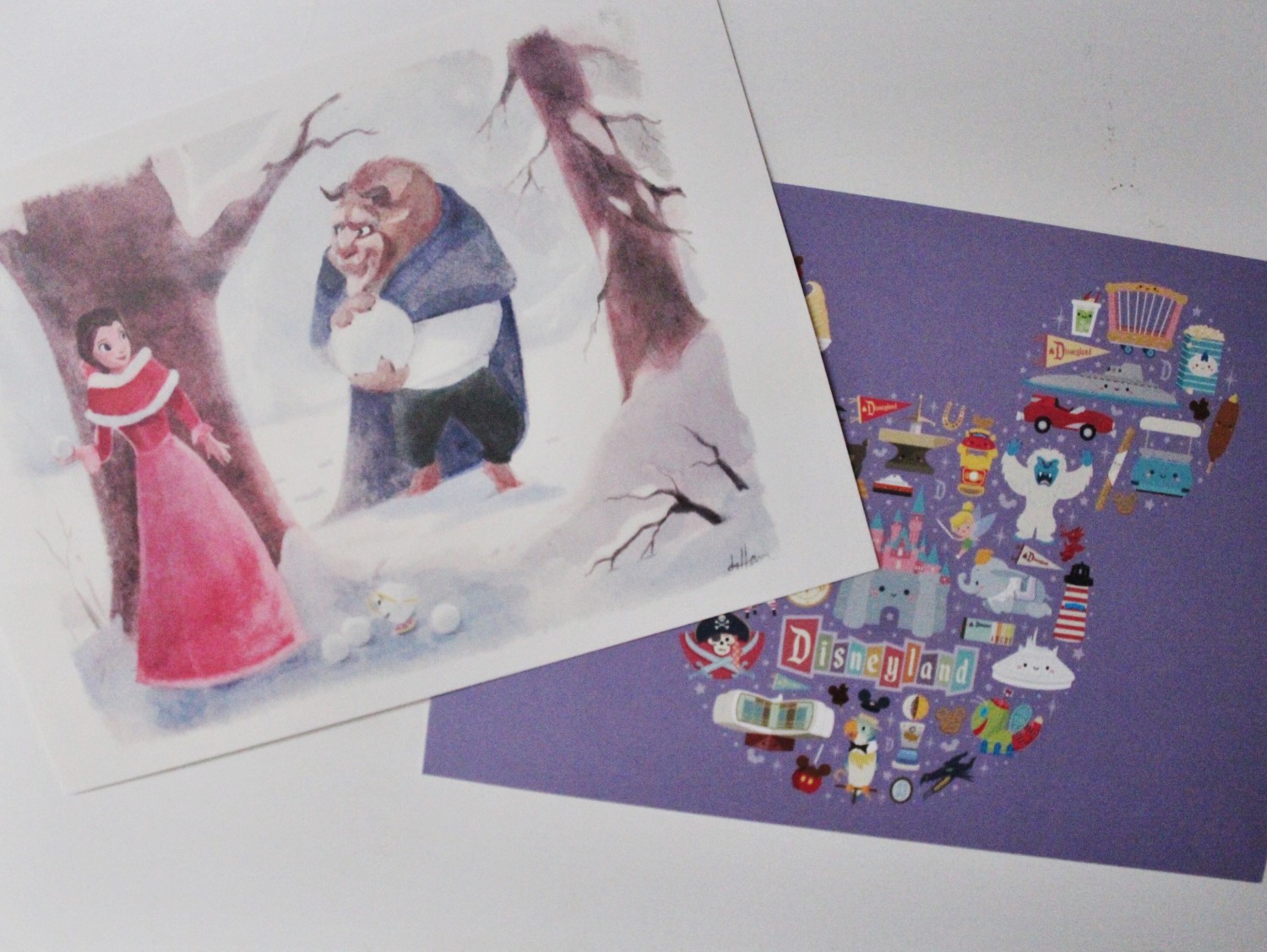 Continuing with the Beauty and the Beast theme, I picked up an adorable ‘Something There’ postcard (which, if you read this blog often, you may already know is my favorite scene in the film) and a cute Disneyland postcard from WonderGround Gallery in Downtown Disney. 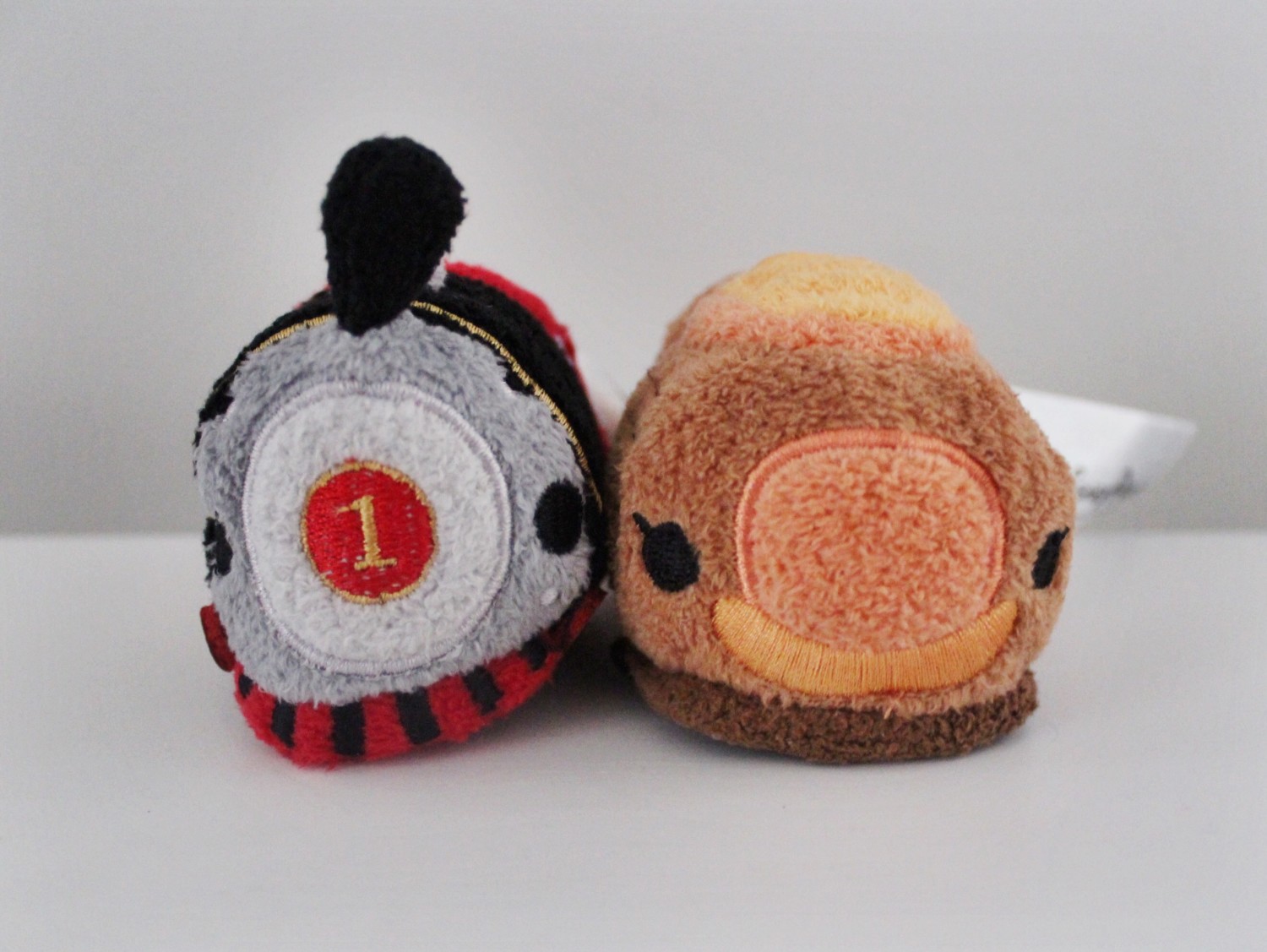 I also picked up two more of the Disney Parks Attraction Tsum Tsums (I was able to find three of them during my November Disney World trip). Now, I’m only missing two from the set! (Side note: I can’t WAIT for the Disney Parks Pirate of the Caribbean and Haunted Mansion tsum tsum sets. They’re two of my favorite Disney rides!) I forgot to take a picture of it but I also started my Alex and Ani collection with this adorable ‘Disneyland Forever’ bracelet. 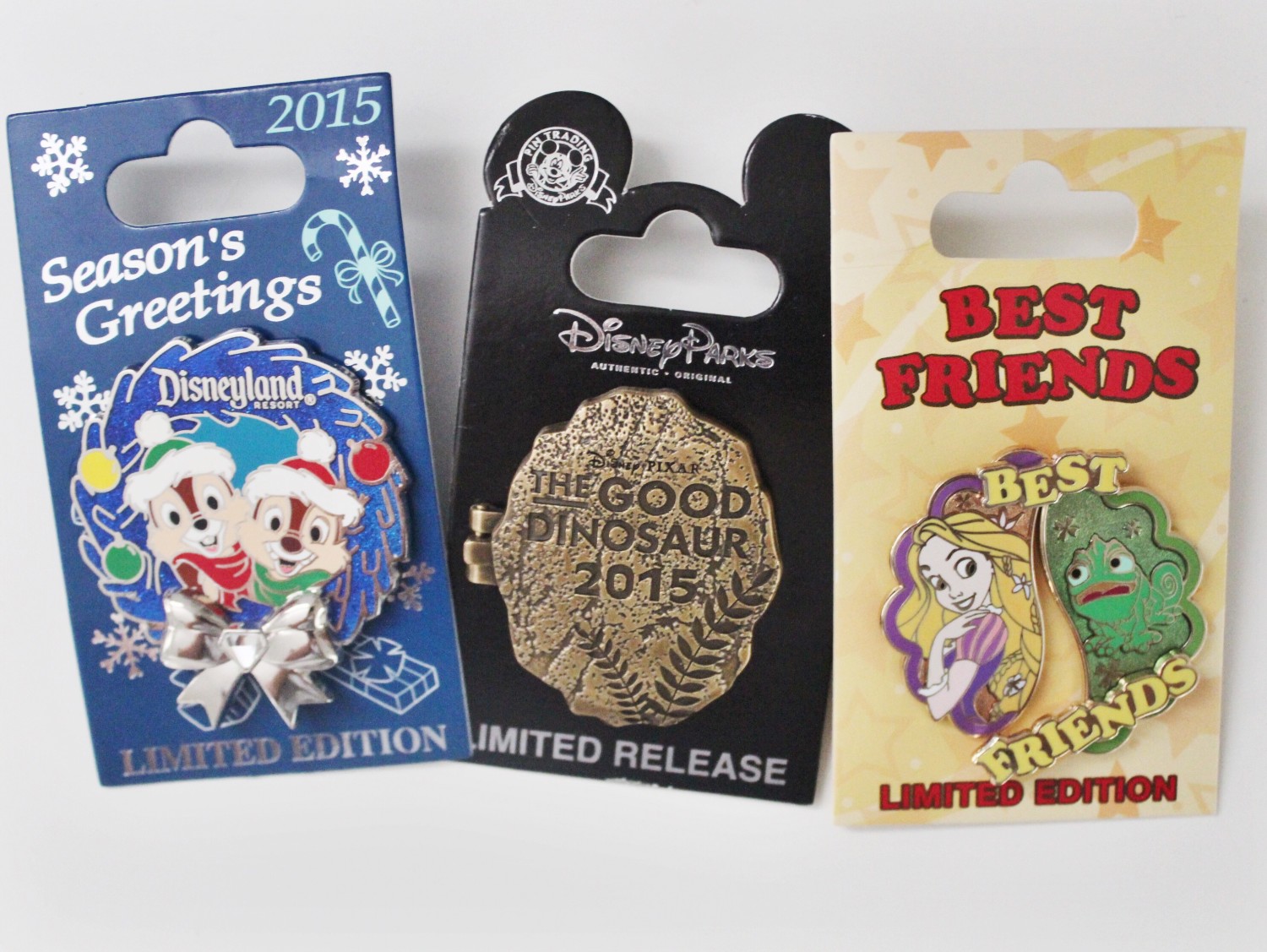 Once again, I didn’t trade any pins (I definitely plan on making up for my lack of pin trading these past two trips when I go to Disney World next week) but I did buy a couple of adorable ones! I got a Limited Edition (or LE) Disneyland 2015 Season’s Greeting Chip and Dale pin, a Limited Release Disney Pixar The Good Dinosaur pin and this month’s LE ‘Best Friends’ pin set, which featured Rapunzel and Pascal (last month was Chip and Dale!) 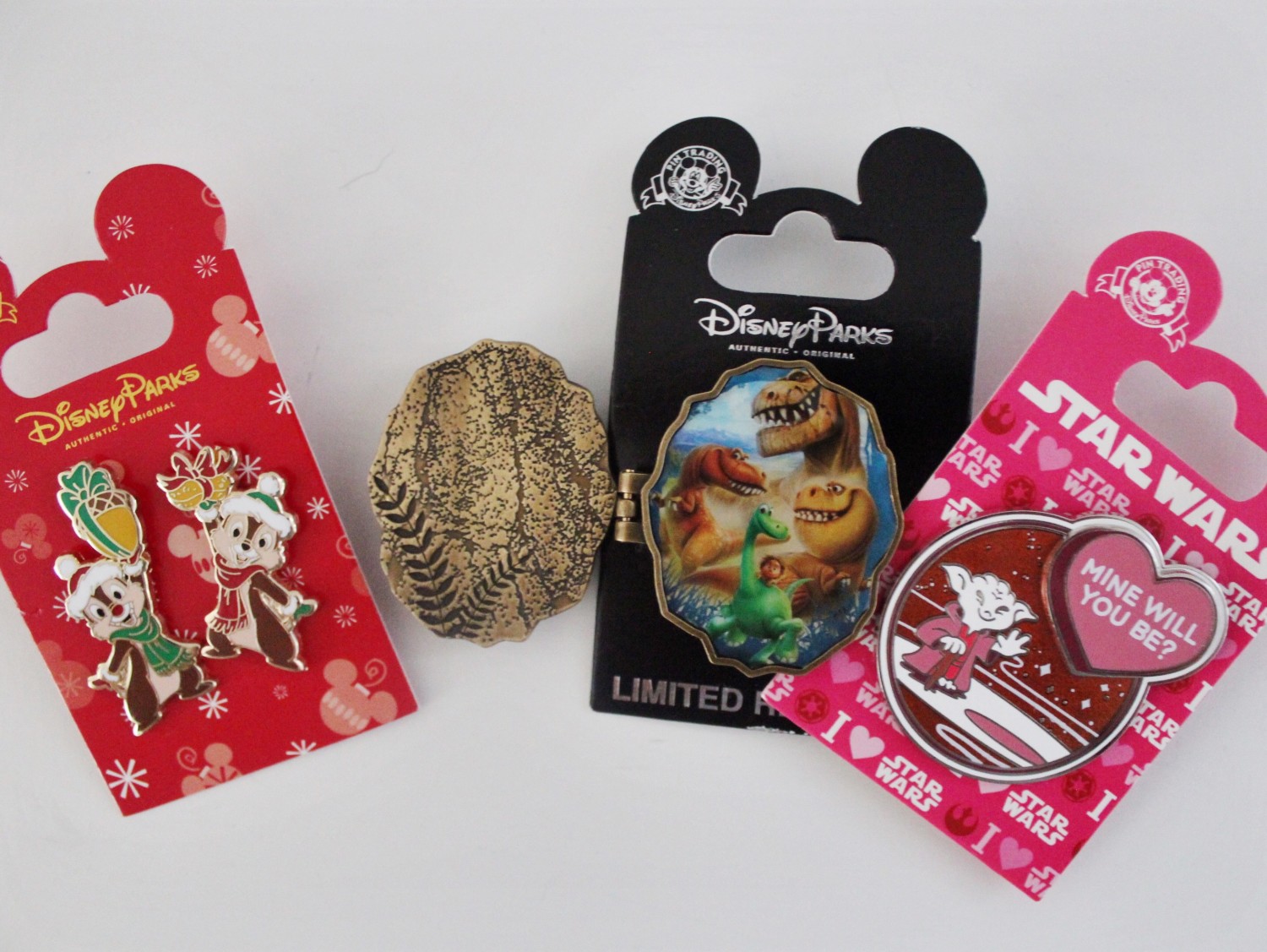 I also picked up two open edition (non LE) pins: a Christmas Chip and Dale pin set and a “Mine Will You Be?” Valentine’s Day Yoda pin (It’s crazy how Christmas hasn’t even passed and Valentine’s Day stuff is already out!) (How adorable is that The Good Dinosaur pin on the inside?!) 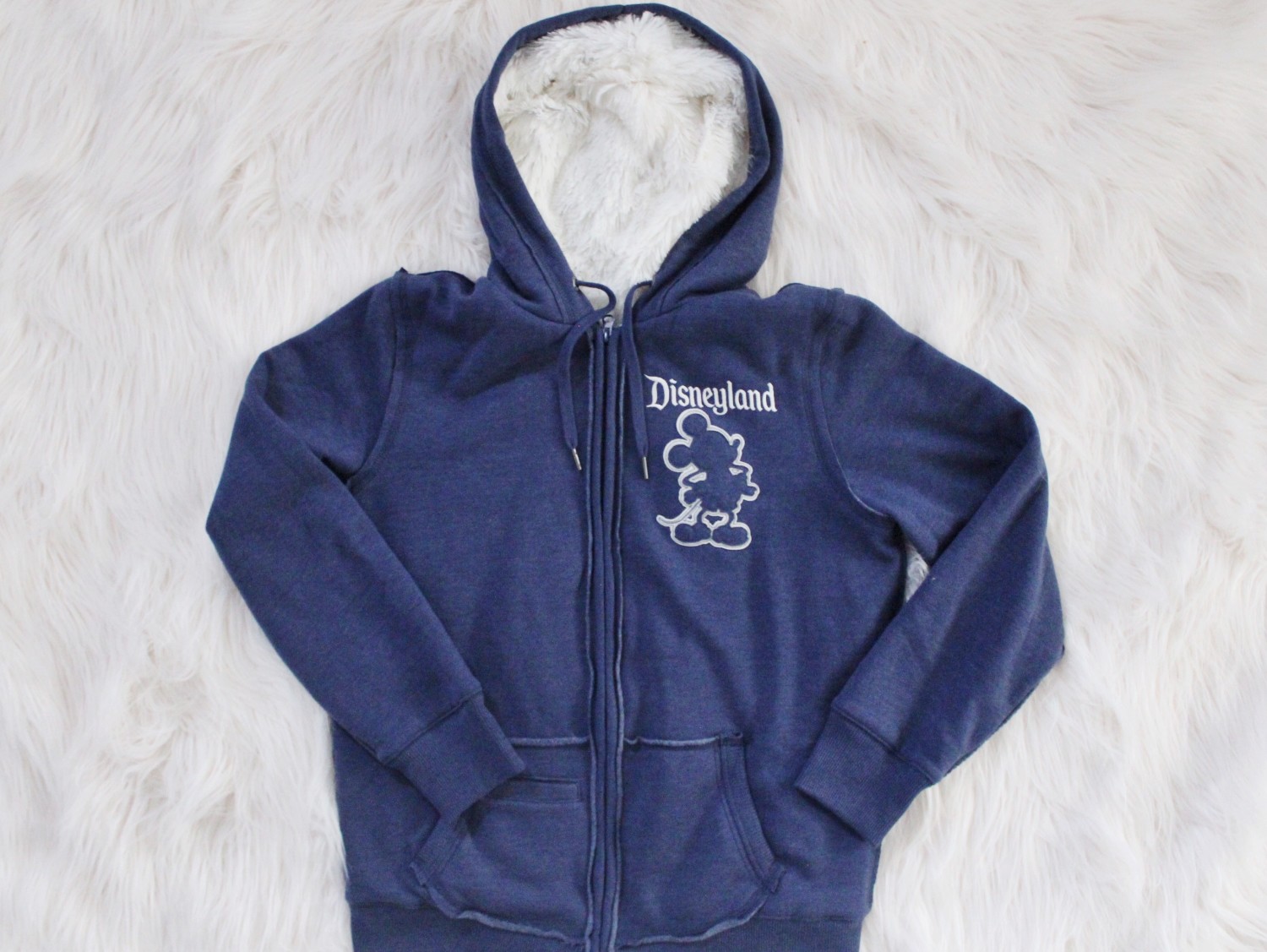 I’m a sucker for a faux fur filled hoodie (especially if it’s Disney themed) so as soon as I saw this blue Disneyland hoodie, I knew I had to get it! It’s SO SOFT and its perfect for the colder months! 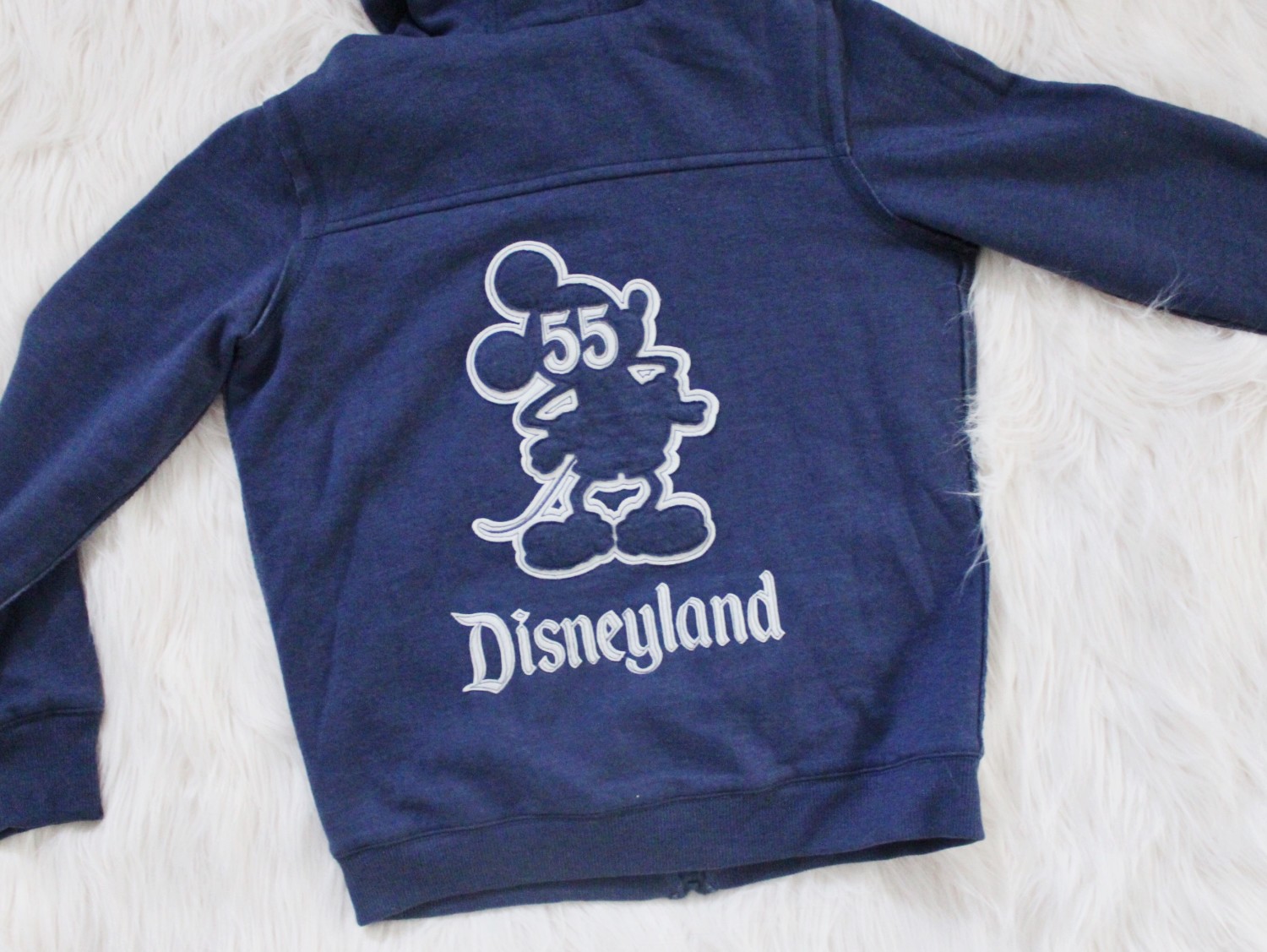 The back has the Disneyland logo and Mickey with a 55 (aka the year Disneyland opened.) 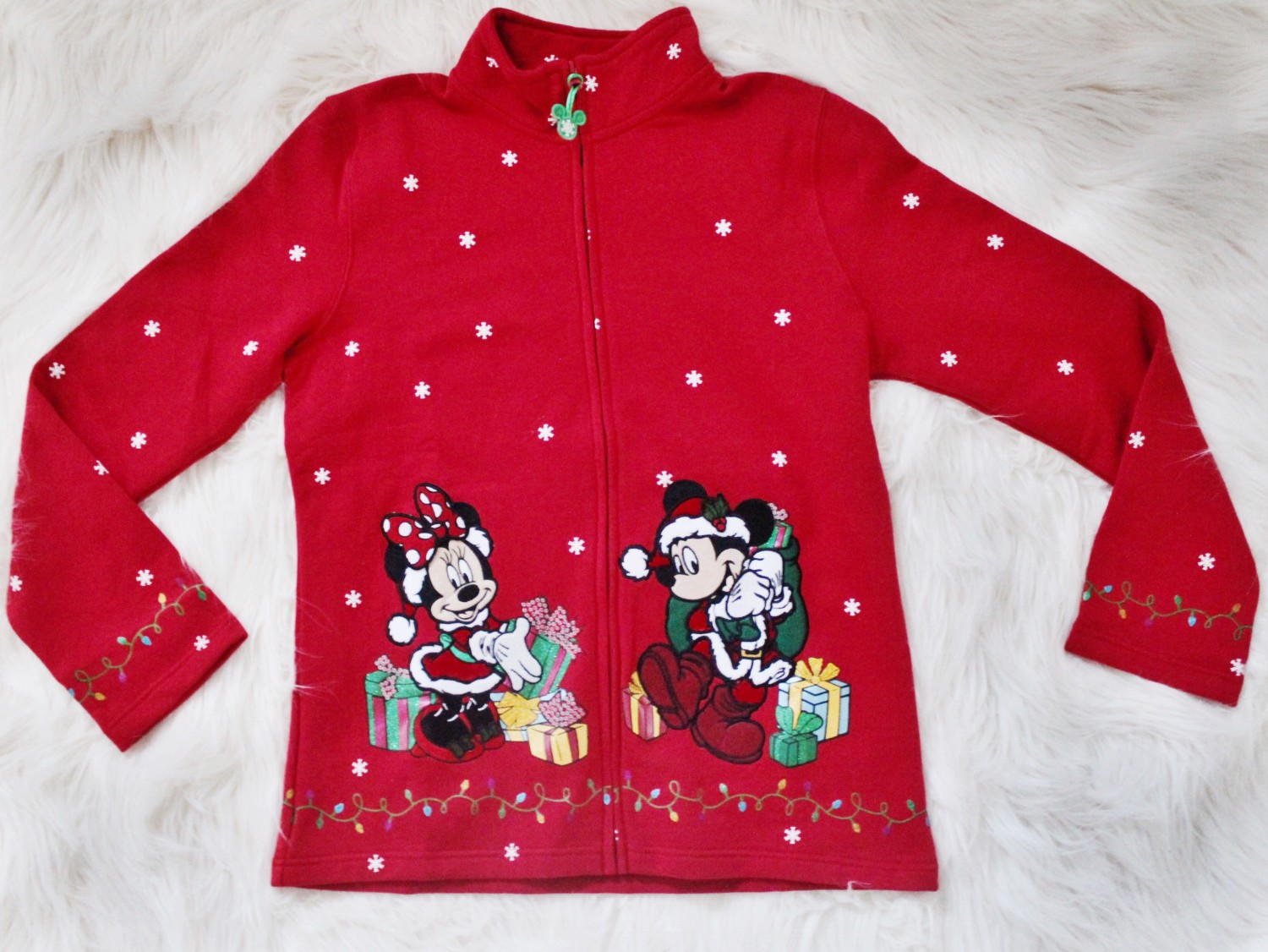 I am in LOVE with this holiday sweater! It almost reminds me of those retro Disney sweaters from the ’80s that you see at thrift stores. It’s just too adorable for words. 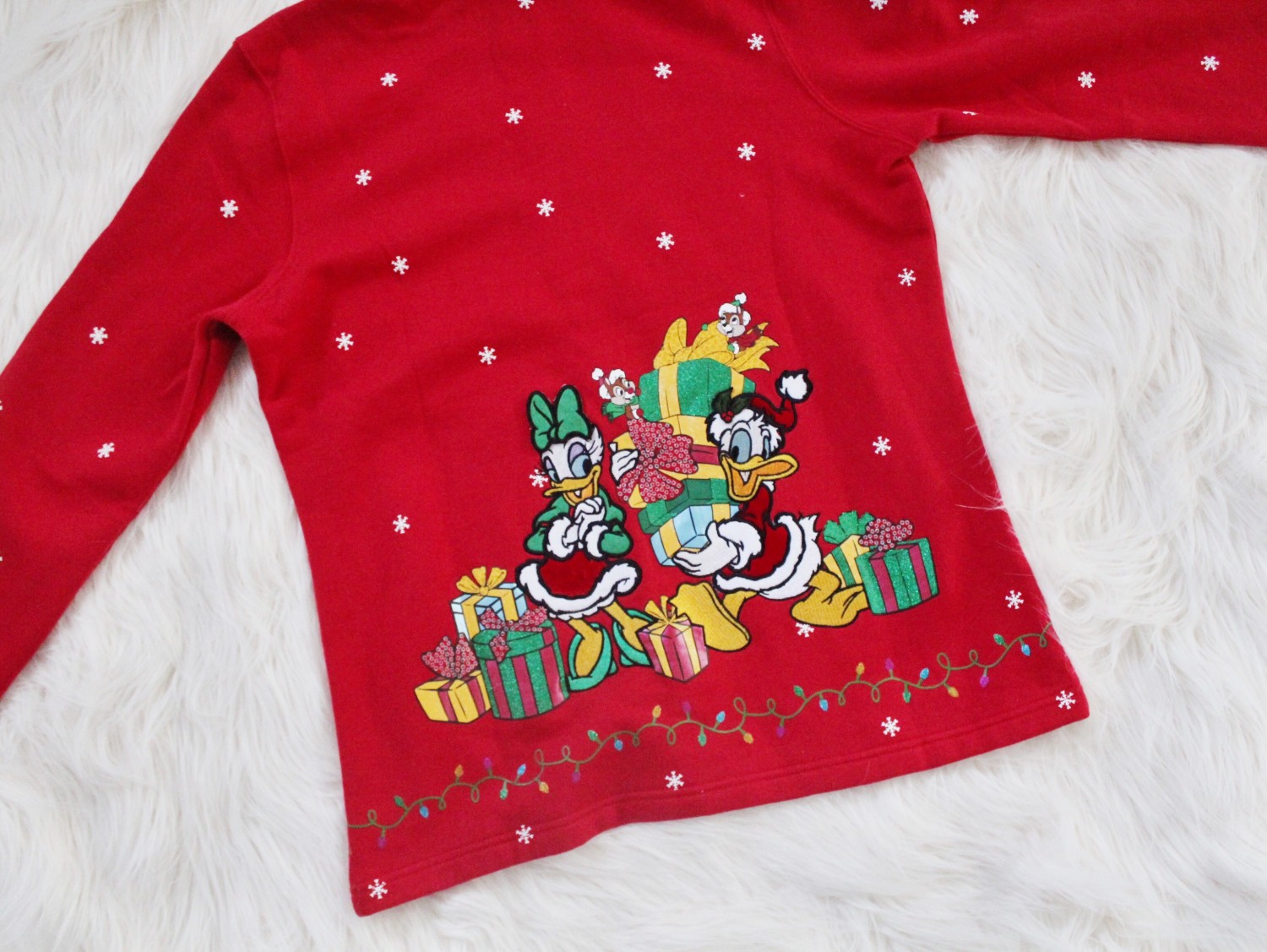 Can we talk about how ADORABLE the back of the sweater is?! (Plus it gets huge bonus points for featuring my babies Chip and Dale!) 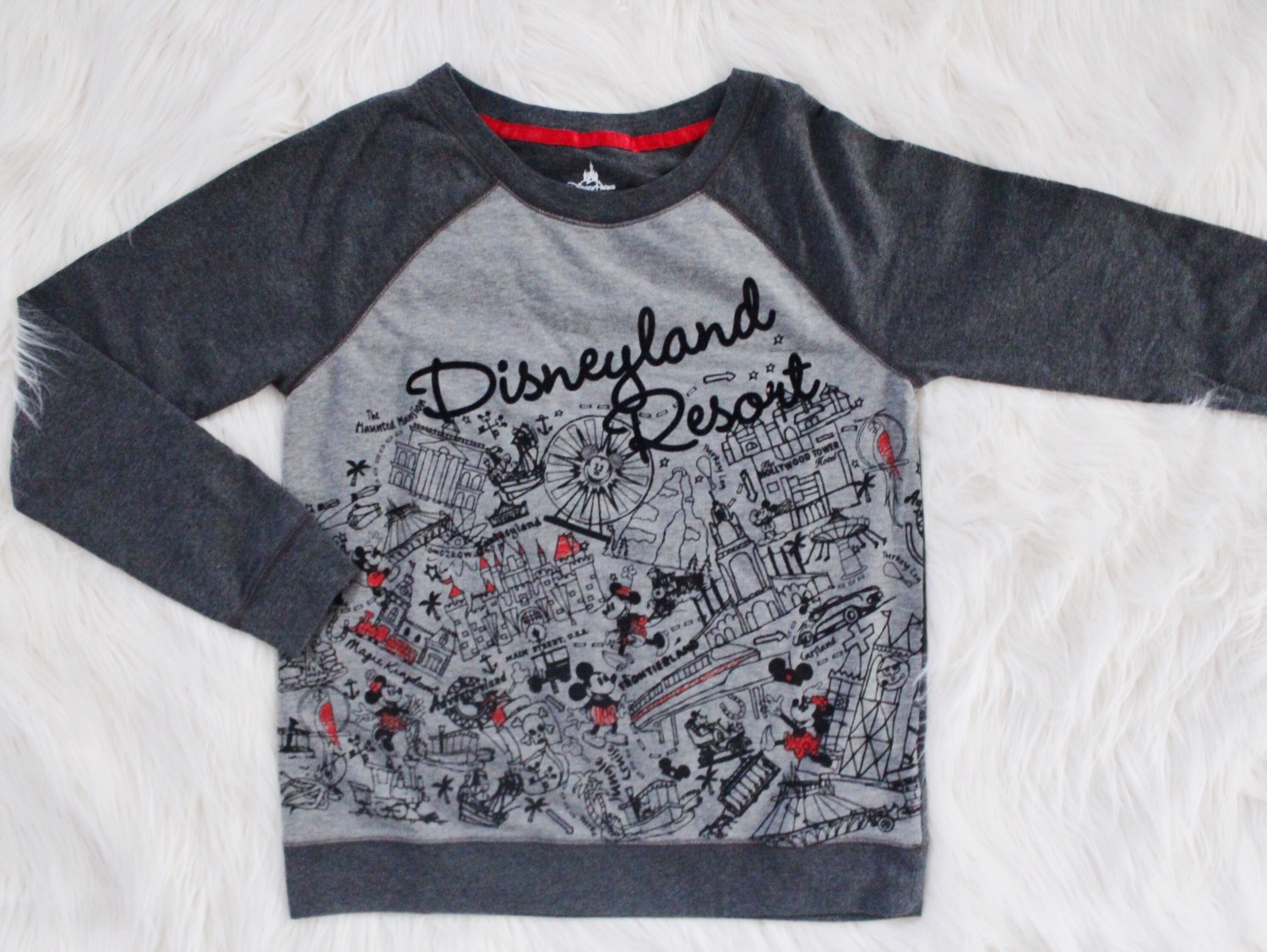 The final thing I got from Disneyland was this super cute Disneyland Resort pullover sweater. It’s so cool because it features iconic locations and rides from both Disneyland and California Adventure.

Any fellow Disney lovers out there? Be sure to check out more Disney Haul, Disney World and Disneyland posts here on Simply Sinova (because there’s always room for more Disney!)