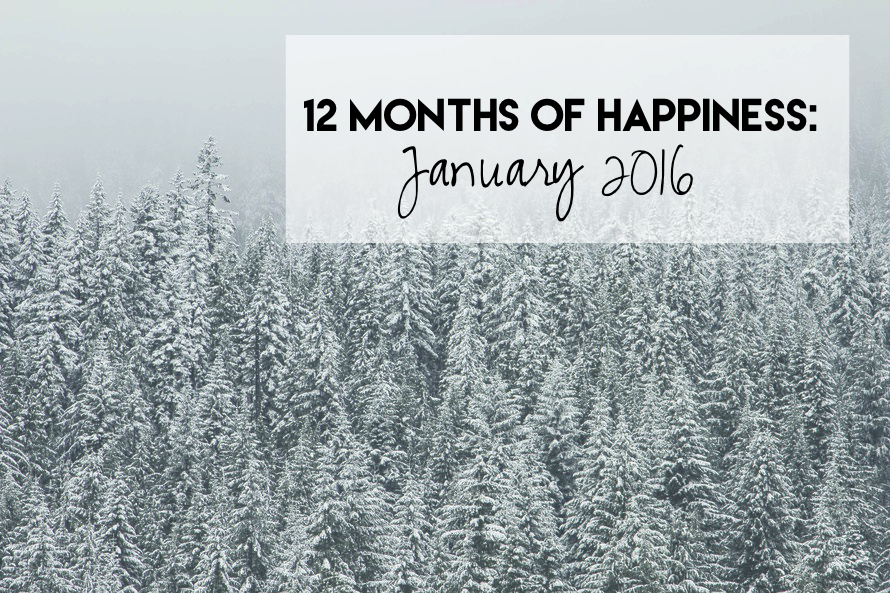 Happy Friday! I am so EXCITED to be continuing on with my 12 Months of Happiness series this year. For those of you who are new readers, here’s a little bit of a 12 Months of Happiness recap: I had such a blast doing the 100 Happy Days Challenge back in 2014, that I wanted to start a little happiness project of my own but instead of doing a daily photo challenge, I thought it would be fun to recap a few of the things that made me happy each month! I am so extremely thankful for all the positive comments and support from you all when it comes to this series! I’m so happy that you all seem to love this series as much I do. In fact, I’ve noticed that this series has influenced a few other bloggers to start happiness projects/series of their own. It’s so awesome to know that this series has inspired so many people! Happiness is definitely contiguous so I’m more than happy to help spread it around! Here are some of the things that made January an amazing month: (Don’t forget to comment down below how your January went and what things made you smile this month! I LOVE hearing from you guys about what makes you happy!)

I rung in the New Year at Disney World (again) this year and to say it was awesome is an understatement! I spent the first half of New Year’s Eve at Magic Kingdom and then officially rung in the New Year at Epcot (ain’t no party like an Epcot party!) If these first few weeks are any indication of what this year is going to be like then I can say in all honestly that 2016 is going to be MY YEAR! 2015 was so amazing (and truly one of the best years of my life) but here’s hoping for an even better 2016!

If you’ve been reading this blog for a while then you already know that I LOVE snail mail (and Disney!) Earlier this month, Disney was having a huge blowout sale and I just couldn’t resist stocking up on a few new Disney goodies! Make sure to check out my entire Disney Store Haul for some serious Disney cuteness overload!

Nothing makes me happier than my little Loki! This month he turned 11 months old (his birthday is Valentine’s Day) and I can’t believe how fast he’s grown (for a little baby Loki cuteness, make sure to check out his half birthday post)! It seems like just yesterday he was this little three month old ball of fur and now he’s almost one! It’s been such a joy watching him grow up and seeing his personality blossom! He’s the most loving, playful, energetic, clever and cuddly creature I’ve ever met! Words can’t describe how happy I am to have him in my life!

I can’t believe Monday is February?! What made you happy in January?
Make sure to check out the entire ‘12 Months Of Happiness‘ series HERE!