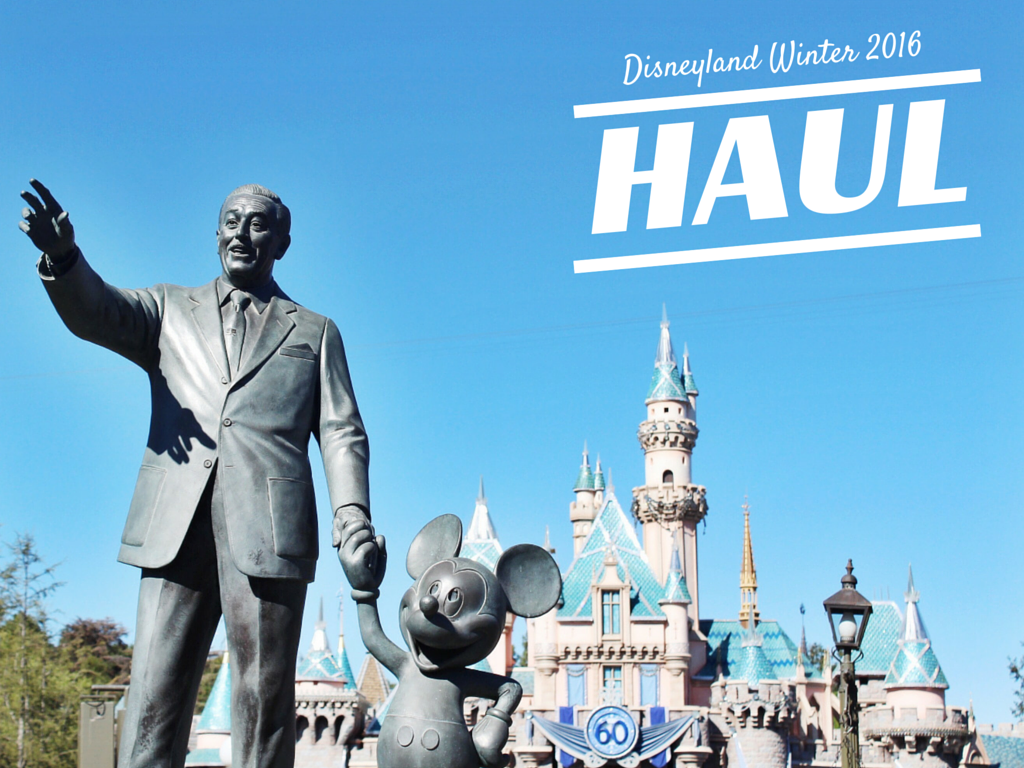 Happy Friday! It’s a new month, which means it’s time for a new Disney Haul! Sadly, this month marks the end of my monthly Disney trips (insert crying emoj!). That’s right, March will be the first month since August 2015 that I won’t be visiting either Disneyland or Disney World. But don’t feel too bad for me because in April I’m heading to DISNEYLAND PARIS for my 24th birthday! Words can’t describe how excited am I for this trip! Visiting Disneyland Paris has been on my Disney bucket list for years and I never thought it would be happening this soon (and on my birthday nonetheless!) But enough about Paris, on to the Disneyland haul! Like I say in all my Disney Haul posts, a quick disclosure: since I am a Disney Premier Passport holder (aka someone who has an annual pass to both Disneyland AND Disney World), I get a pretty good discount on merchandise (20% off at Disneyland and 10% off at Disney World.)

Contrary to popular belief, there are a few “free” souvenirs at Disney! Personally, I LOVE collecting the park maps whenever I visit the Disney Parks (especially since they often change depending on the season/events going on in the parks!). The new Disneyland map features Chewbacca, so obviously I had to pick up a few! Currently at California Adventure, there’s a special Zootopia sneak peek going on and everyone who goes can get a pair of Judy Hopps or Nick Wilde character crowns/headbands. Also, since it’s AP (annual passholder) days at Disneyland and I’m an annual passholder, I got a cool “Fantasy of Fun” button and a Snow While button (hooray for free souvenirs!). 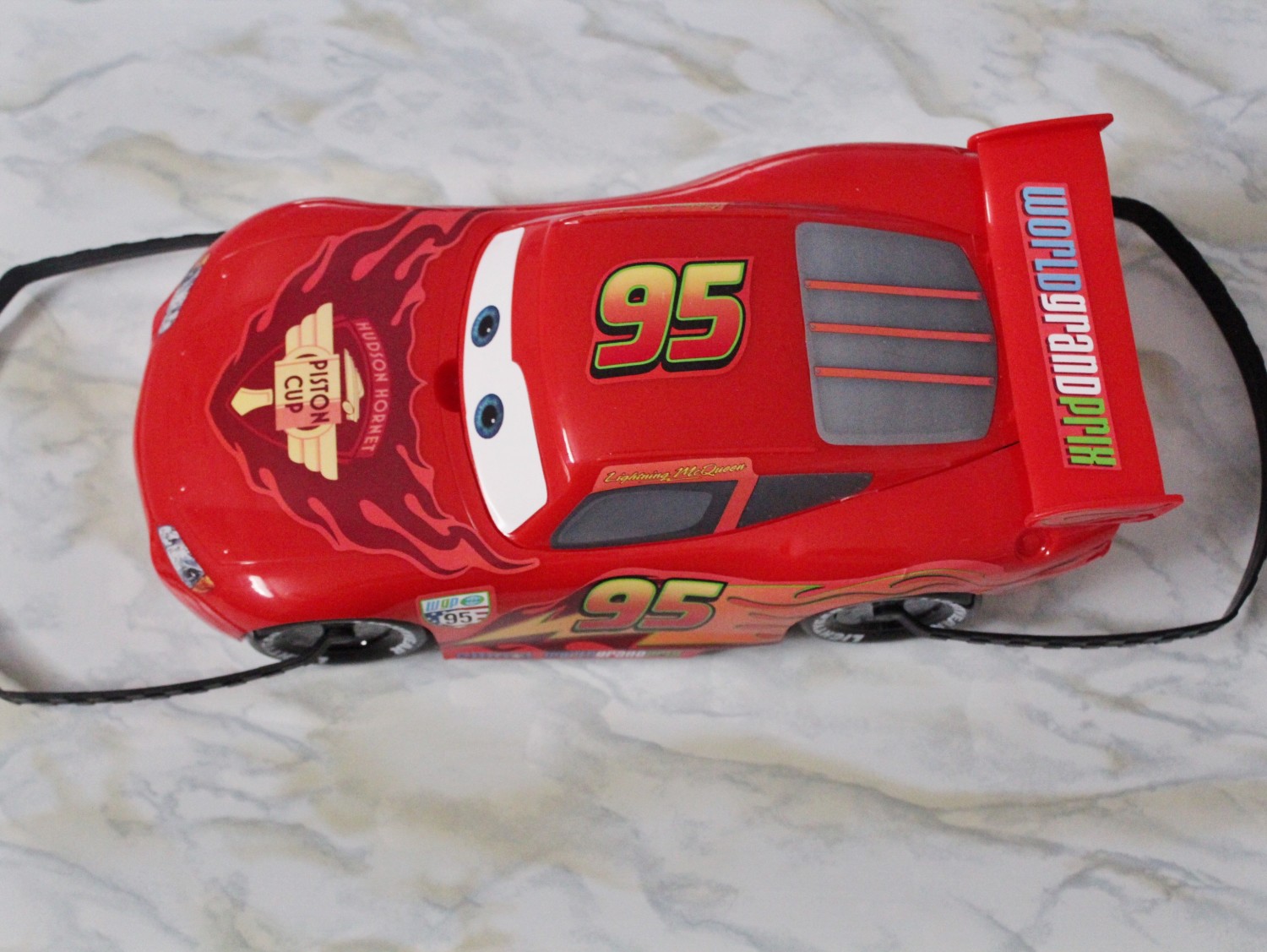 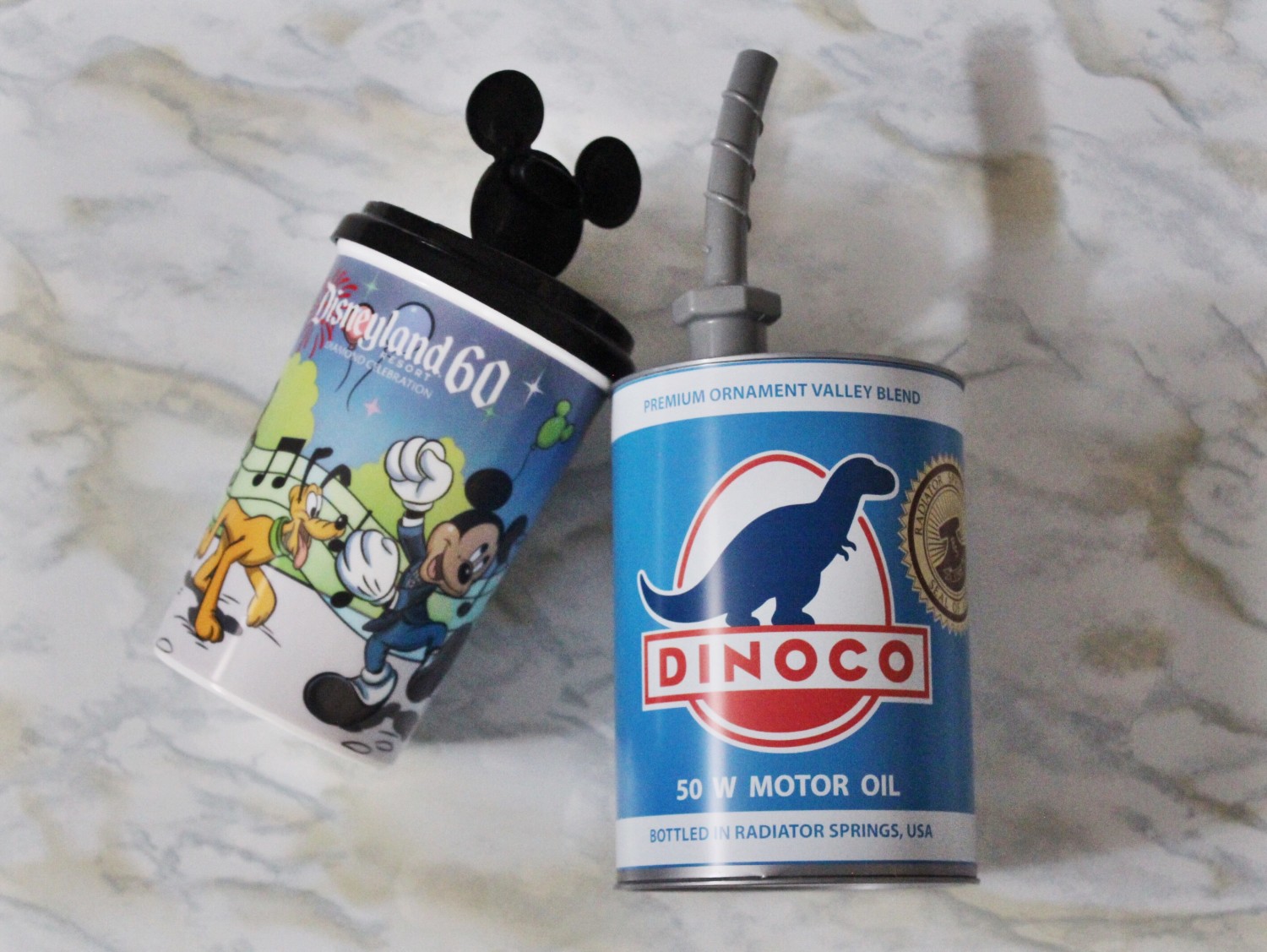 If you’ve been keeping up with my Disney Hauls, you probably already know that I collect Disney Parks popcorn buckets and souvenir cups (and Disney mugs!). During this trip, I picked up a super cool Lighting McQueen Popcorn Bucket and a Dinoco Motor Oil Cup (how adorable is that?!?!) from the Cozy Cone Motel in California Adventure and a Disneyland 60th anniversary cup (which features the Fab Five) from the Plaza Inn in Disneyland. 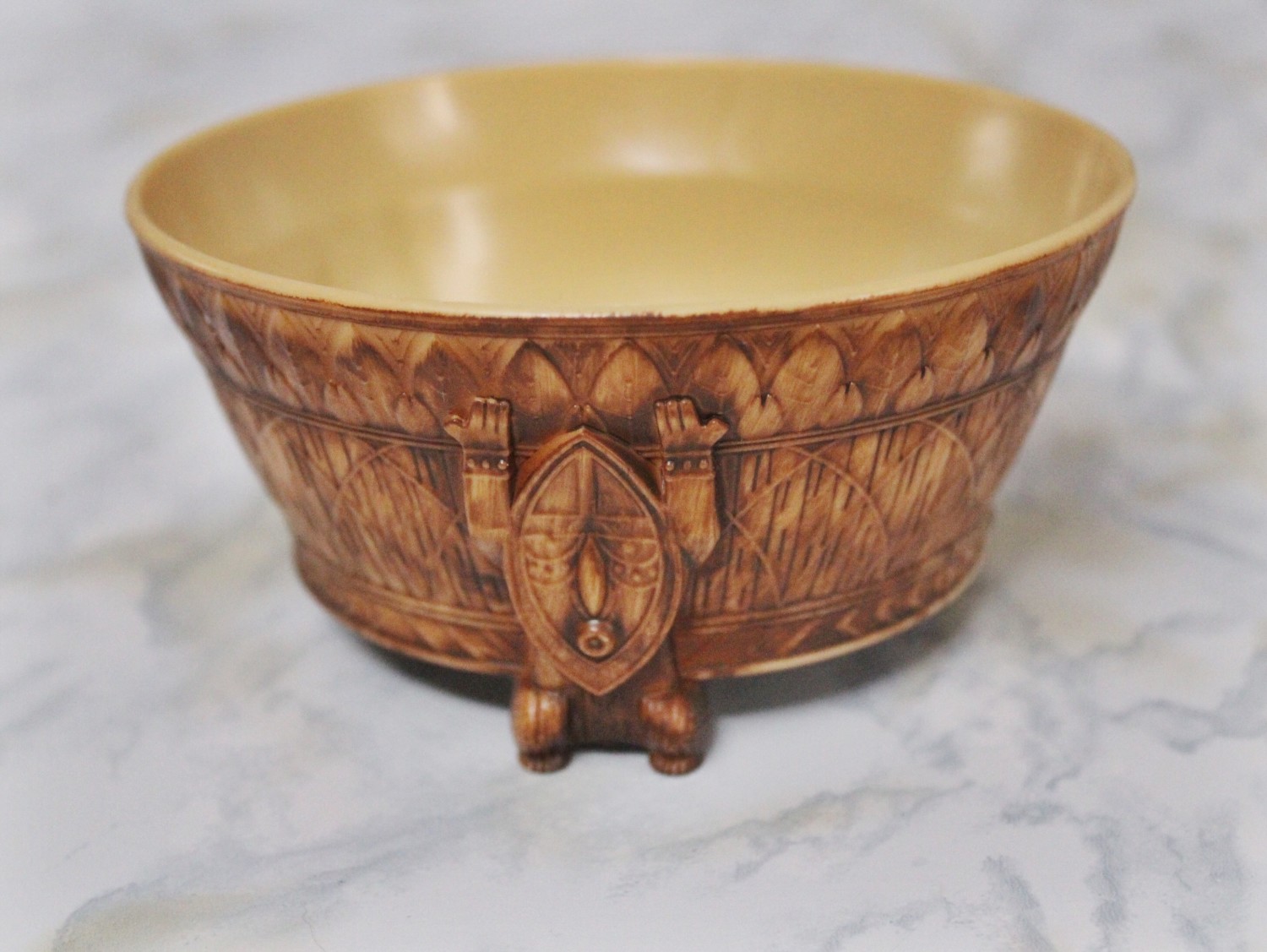 Since I’m such a HUGE Dole Whip lover, I decided to pay the extra $4 for the little souvenir tiki bowl when I ordered one of my many Dole Whips. 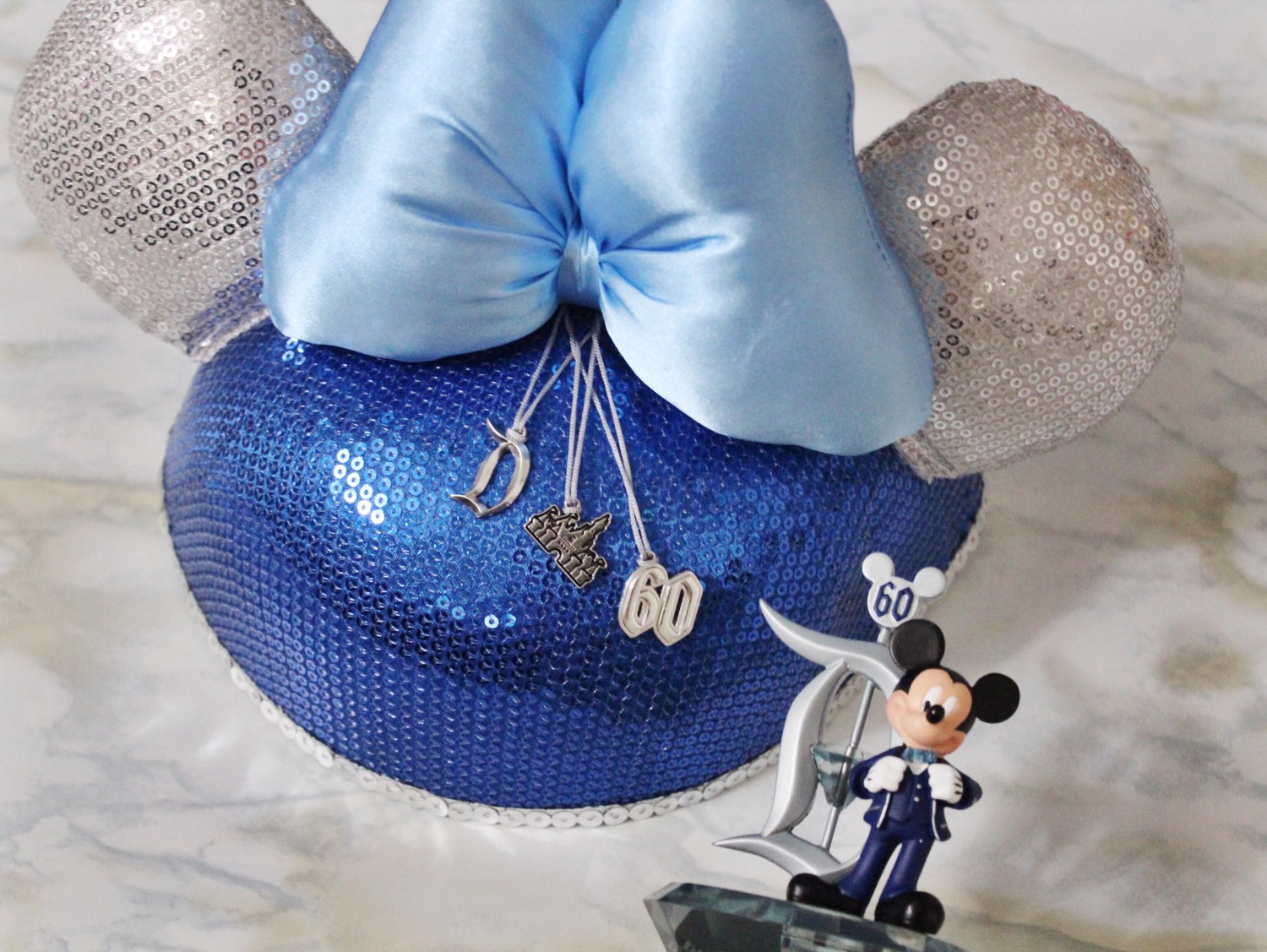 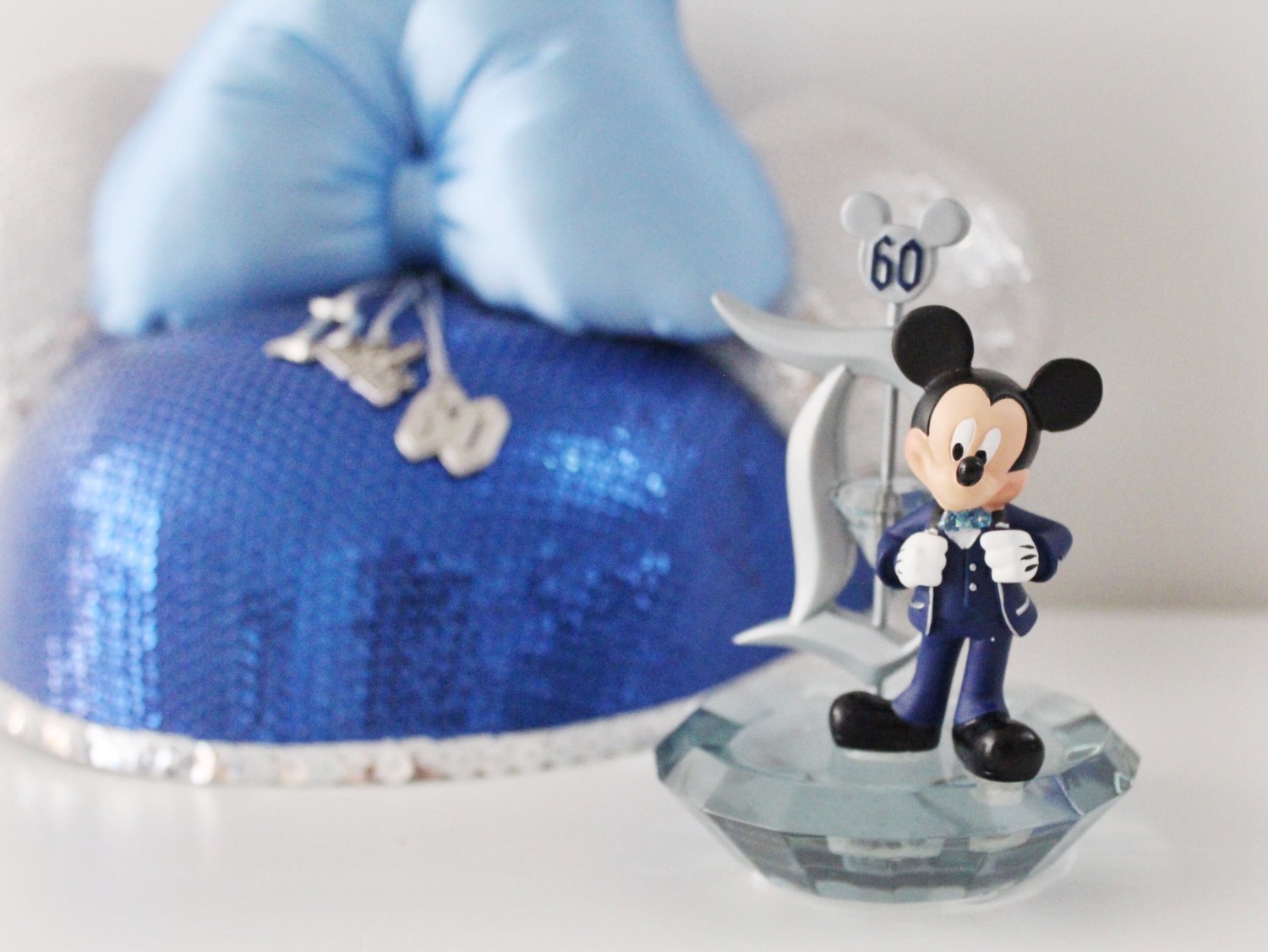 Here’s a close up of the Mickey photo holder figure! I LOVE the little 60 on top of the D/Disneyland logo and the fact that he’s standing on a diamond (I’m going to miss seeing Mickey looking all dapper in his 60th anniversary suit!). 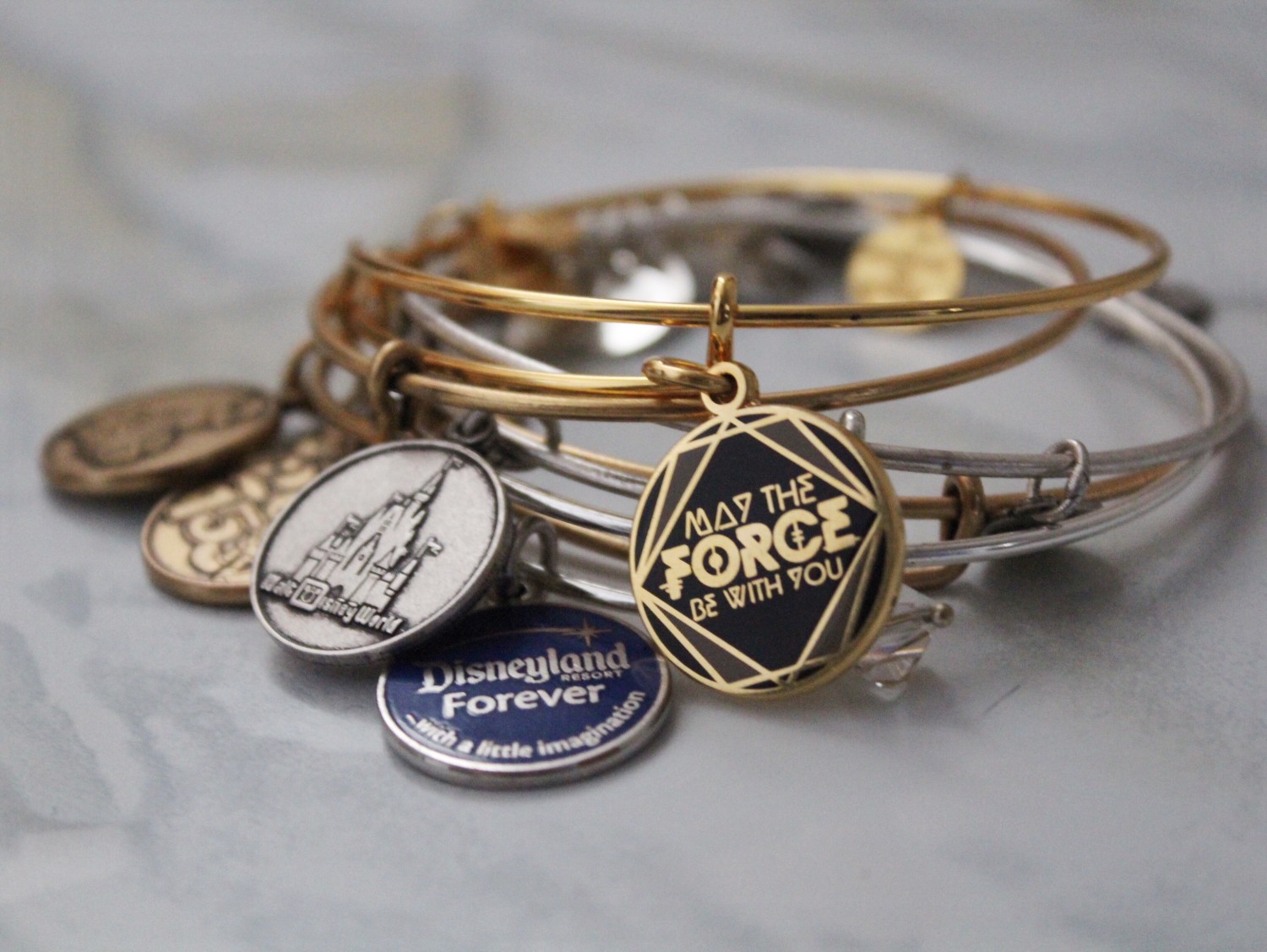 How AWESOME is that ‘May the Force Be With You” Alex and Ani bracelet!?! This (and two other Star Wars themed Alex and Ani bracelets) was JUST released (on February 15th), so of course I had to get it! Anyone who knows me knows that I am NOT a jewelry person, but I am loving my ever growing Alex and Ani collection (it’s the ONLY jewelry I wear faithfully!) 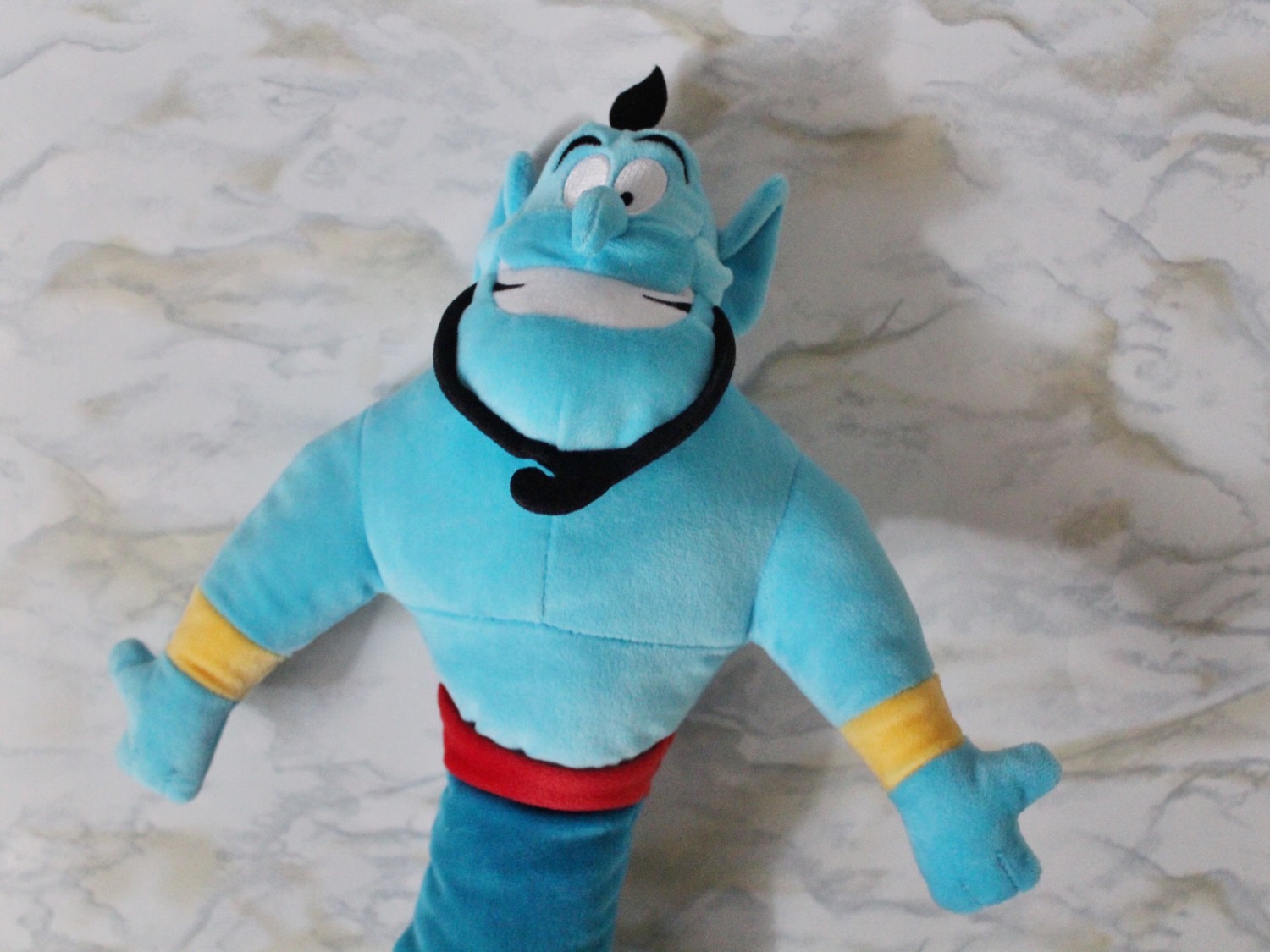 If you saw my Disneyland Halloween Haul, you may remember that Disney released a set of four Limited Edition (or LE) plushies to celebrate Disneyland’s 60th anniversary (each of the four representing 15 years of Disney). The first in the collection was black and white Pinocchio. The second LE plush was Mr. Toad and the third is Maleficent in her dragon form. The fourth and final plushie was the Genie and I’m so happy I got him because now my collection is complete! 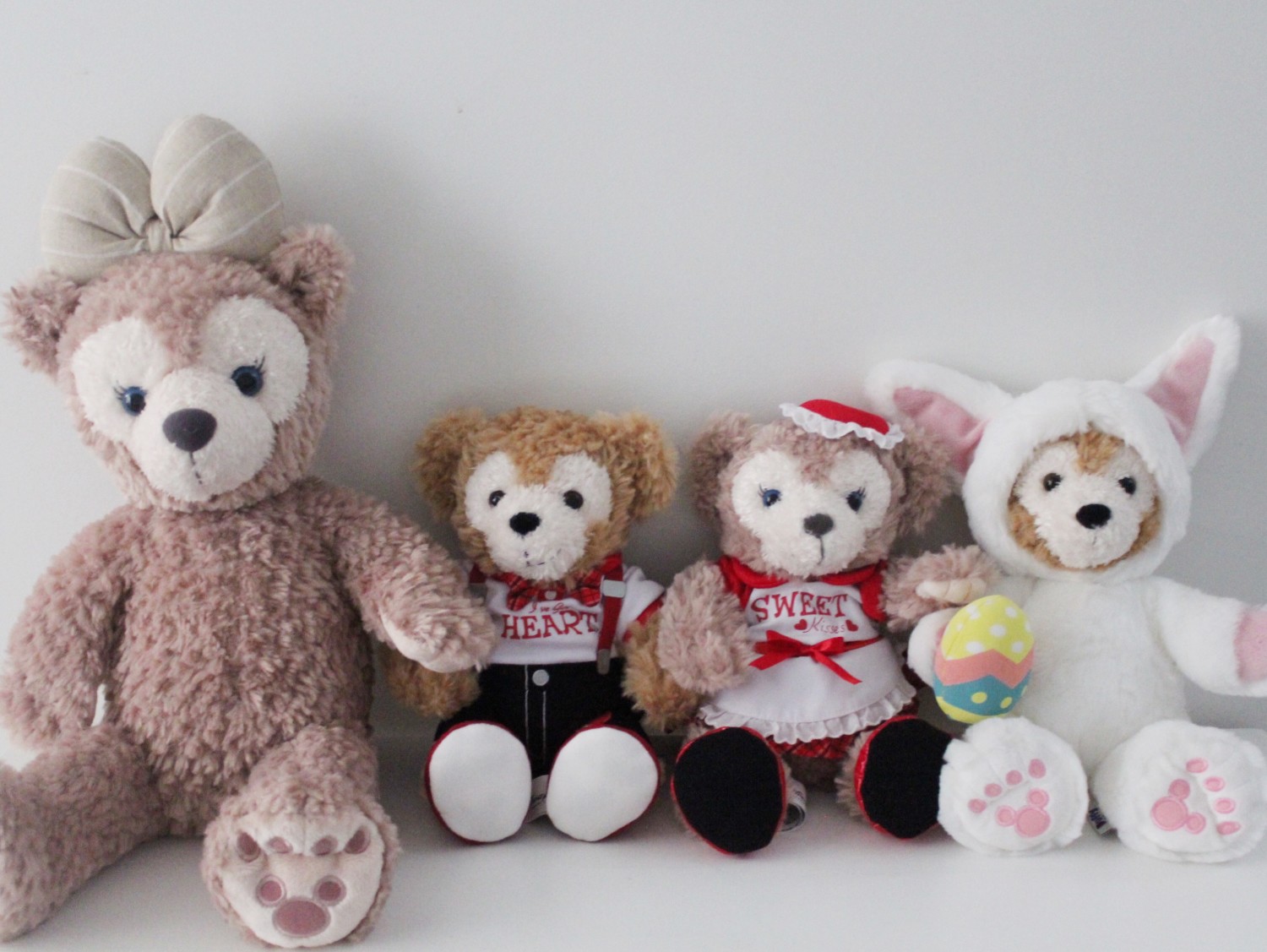 Duffy (and ShellieMay) overload! I picked up two new Duffy plushies and two ShellieMay plushies during this trip. 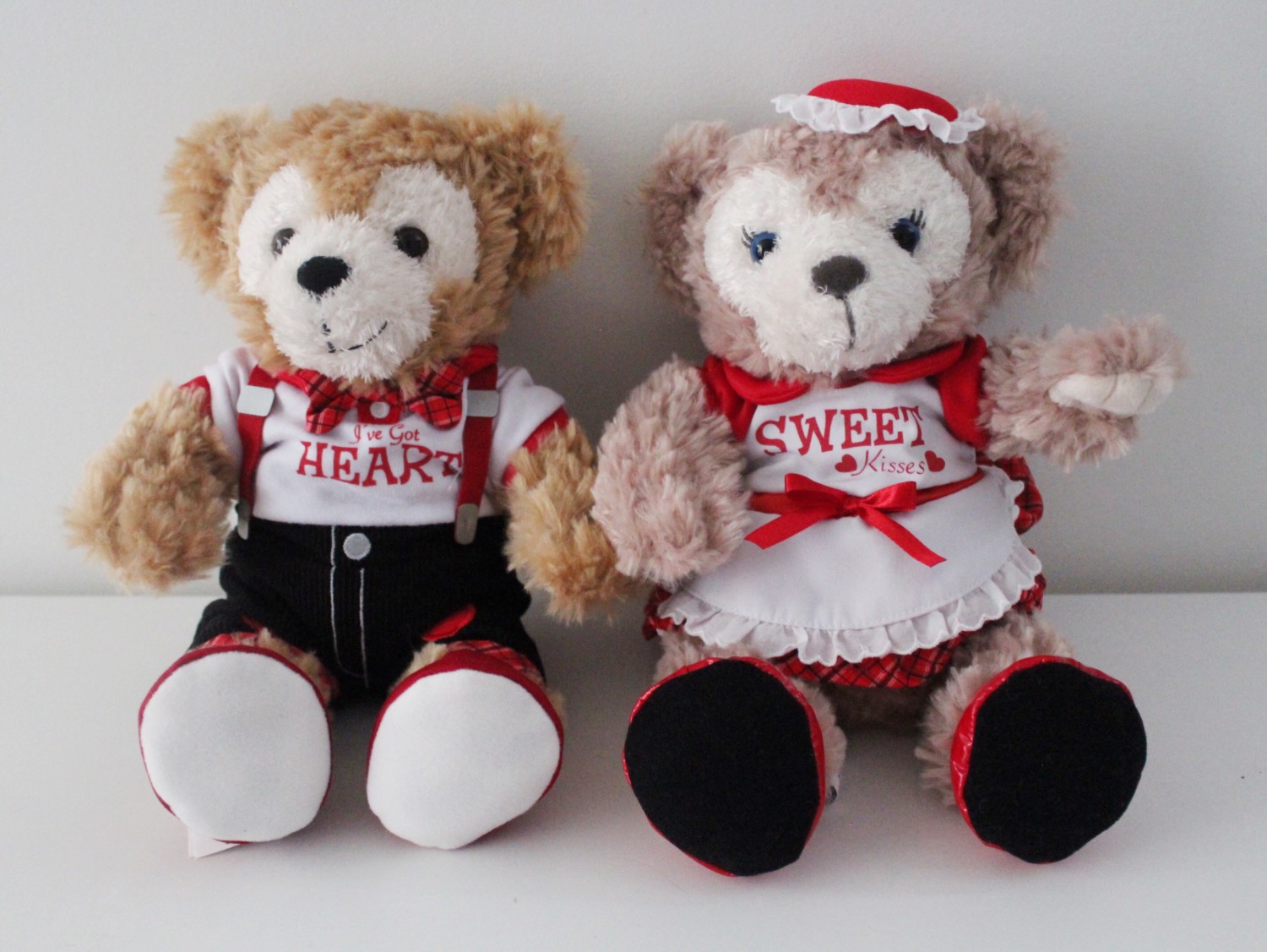 If you saw my February Must Have post, then you already know how long I’ve been eyeing this adorable Duffy and ShellieMay Valentine’s Day plush set! How adorable are they (I can’t get over Duffy’s suspenders!). 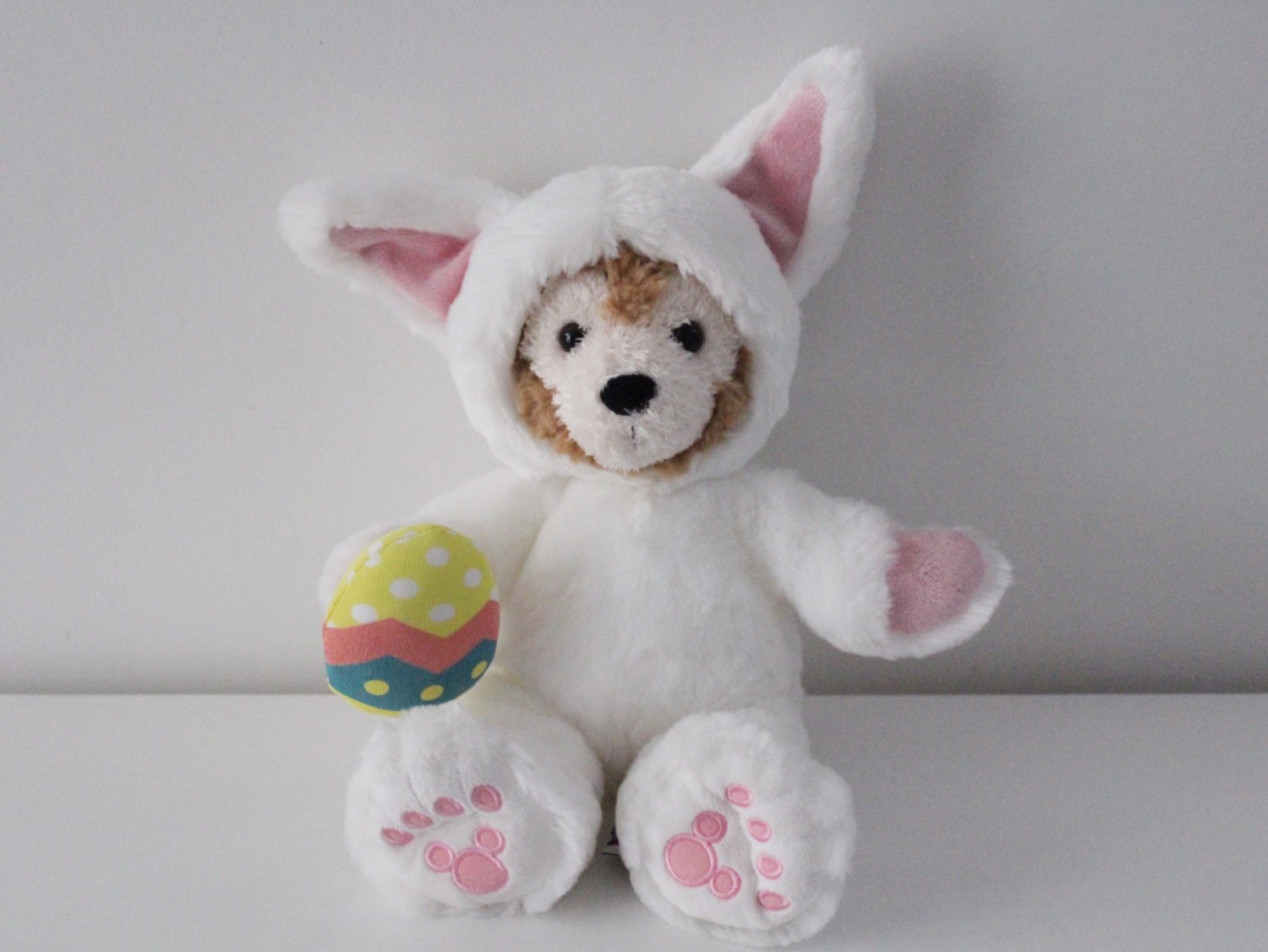 This Easter bunny Duffy is too ADORABLE and apparently, I’m not the only person that thinks so! In fact, this Easter Duffy plush (which was just released last week) is so popular, that it sells out almost daily. I found it at California Adventure on the first day of my trip and never saw it again (I’m so happy I bought him when I did!) 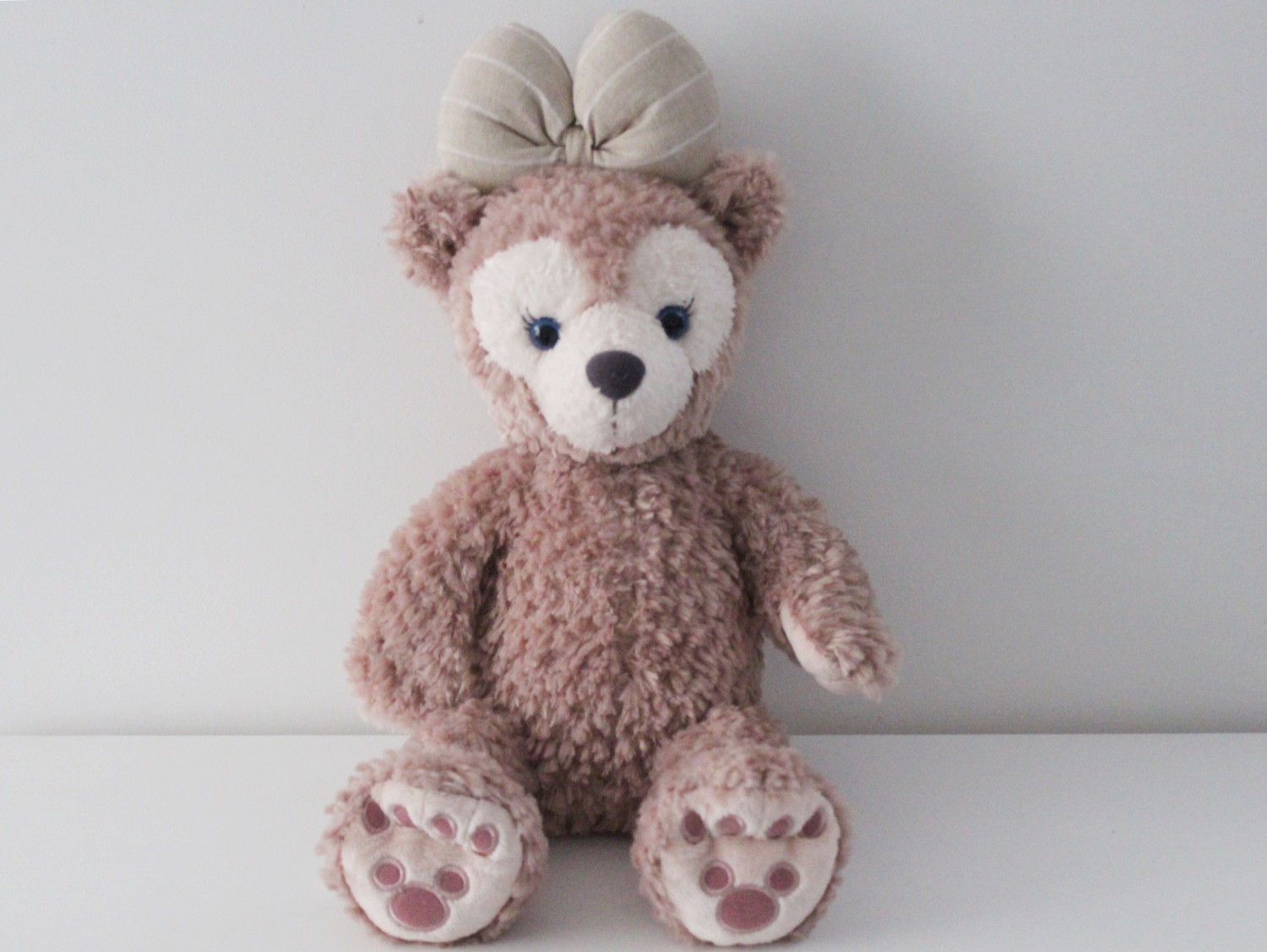 I also picked up my first ShellieMay 17 inch plush (my Duffy, whom I’ve had since 2014, is so happy to finally have a friend to play with!). 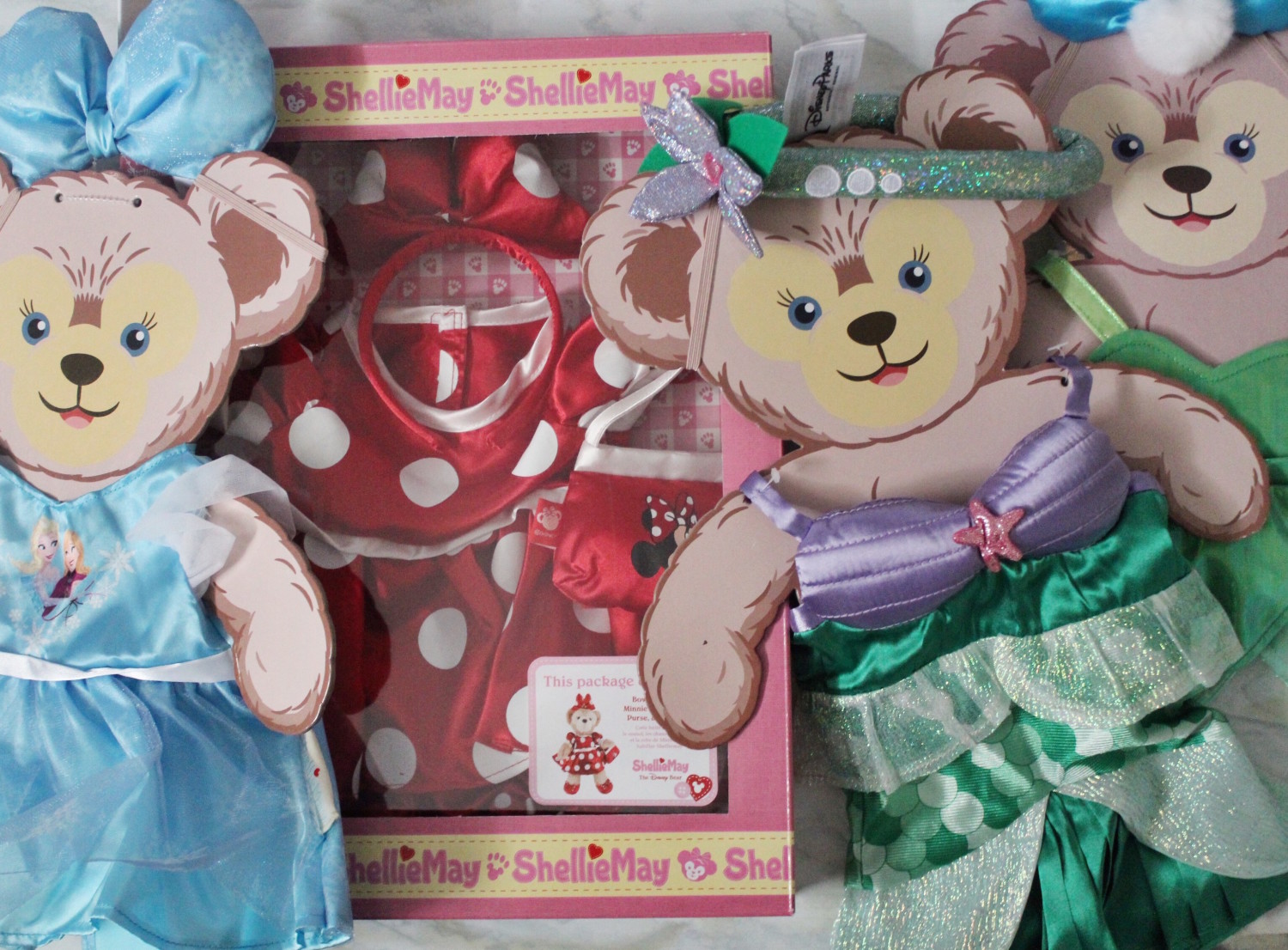 Of course I couldn’t get ShellieMay without buying her a few outfits (don’t judge, I know I’m a werido but I LOVE it! Seriously, if you were to see my Build-A-Bear plush and clothes collection you’d probably be freaked out.) 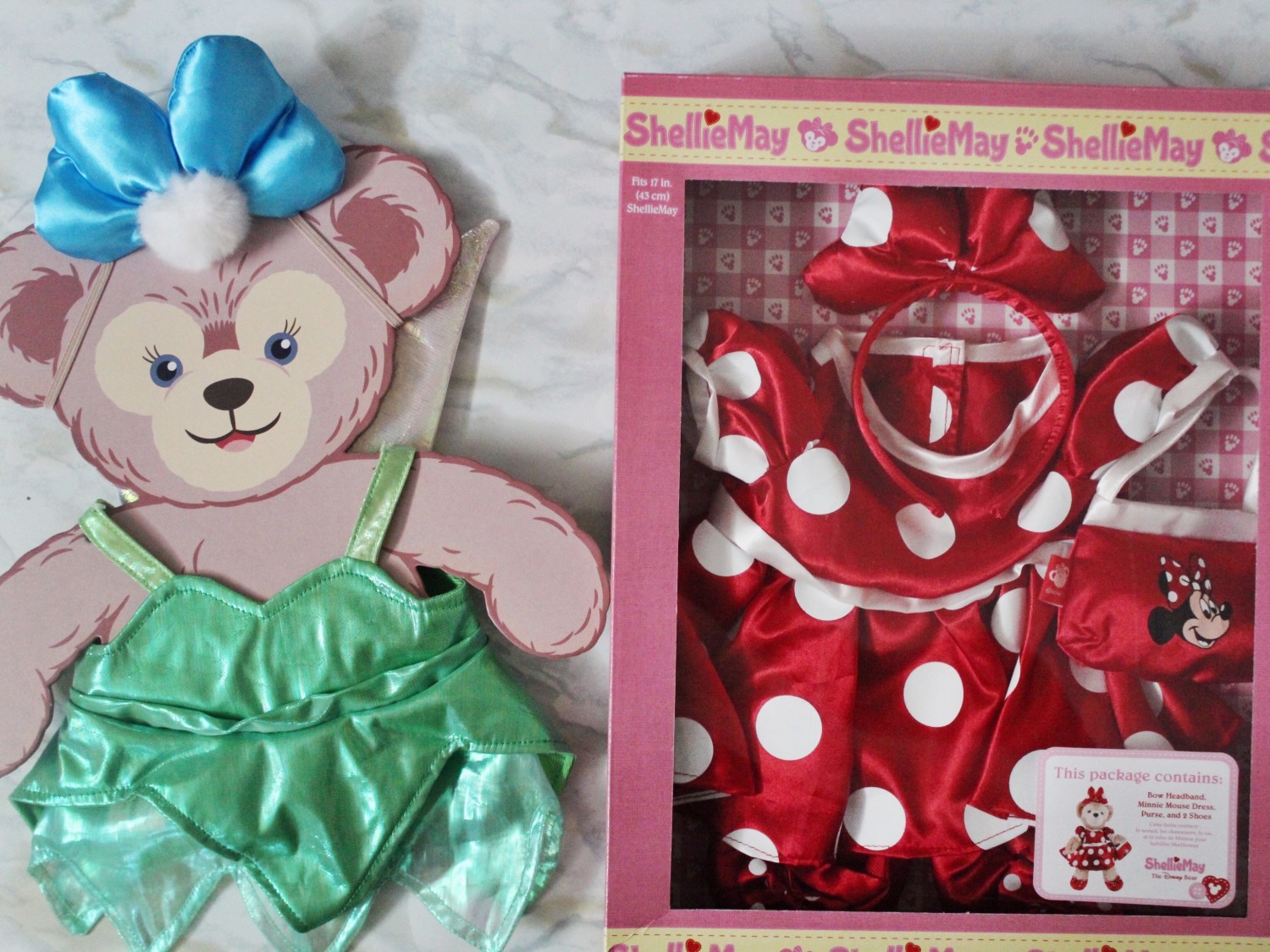 The Tinker Bell costume and Minnie costume were just too cute to resist! 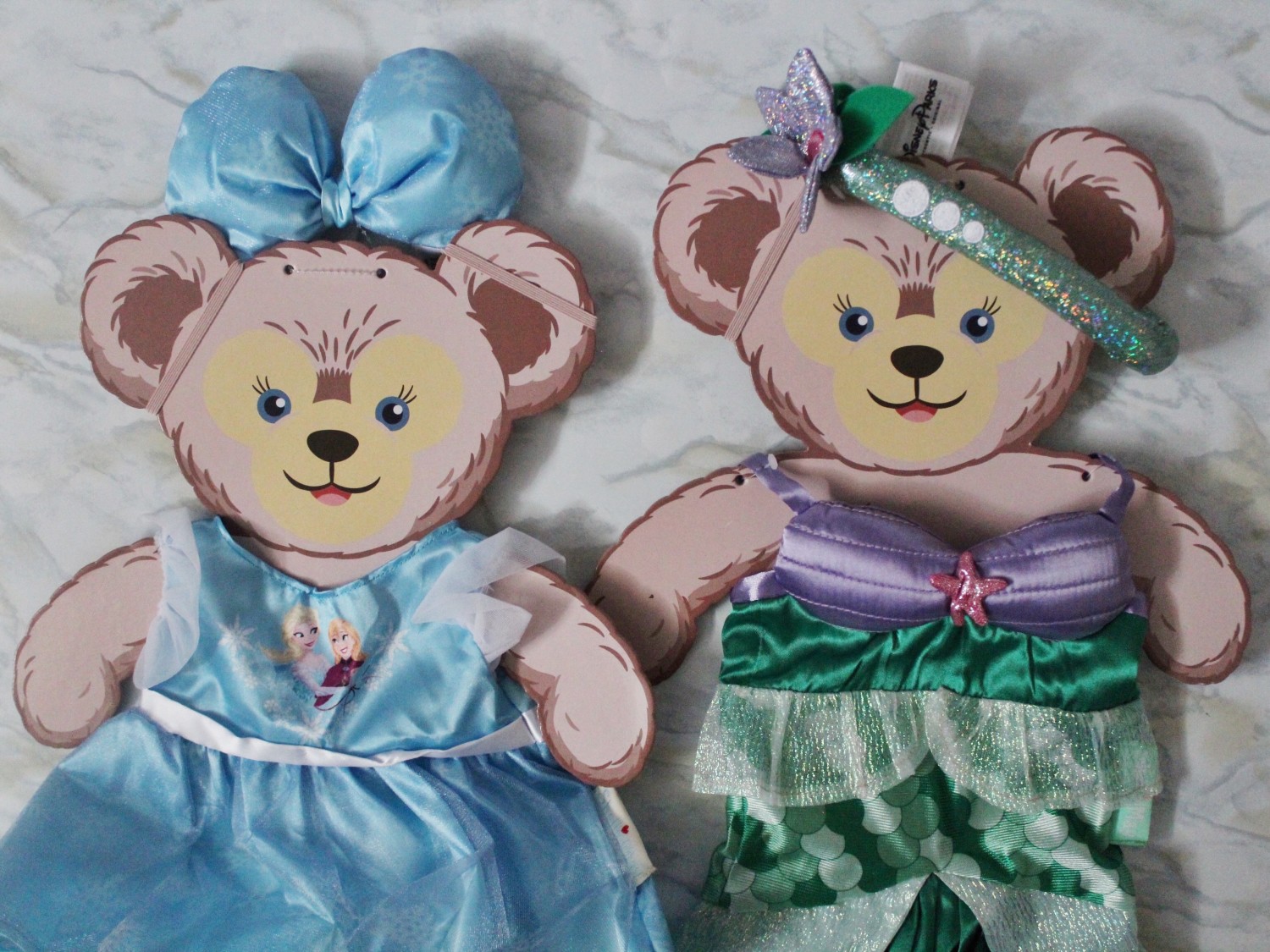 Can we just talk about how AWESOME that Ariel costume is?! I LOVE the Little Mermaid (let’s face, I LOVE all Disney films) so much, so I knew I couldn’t pass on it. Although I’m SO OVER all the constant Frozen exposure/merch, I can’t deny how adorable that little Anna and Elsa dress is (since it was JUST released this week at the Disney Parks, it’s ShellieMay’s newest outfit!) 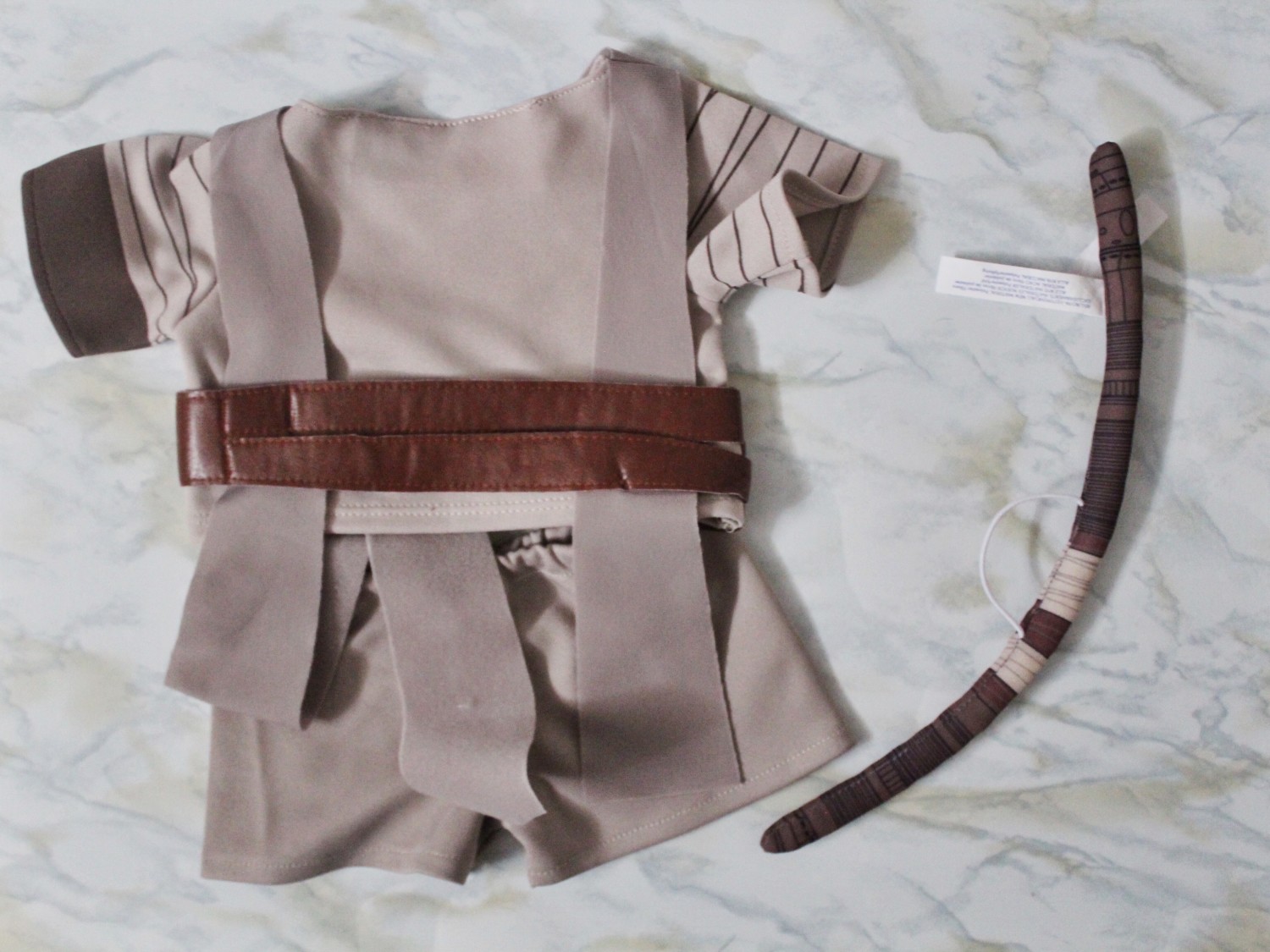 I also picked up this ADORABLE Rey costume for ShellieMay from Build-A-Bear! I’ll be sharing a few adorable pictures of ShellieMay in all her costumes soon on Instagram, so make sure to follow along on there. 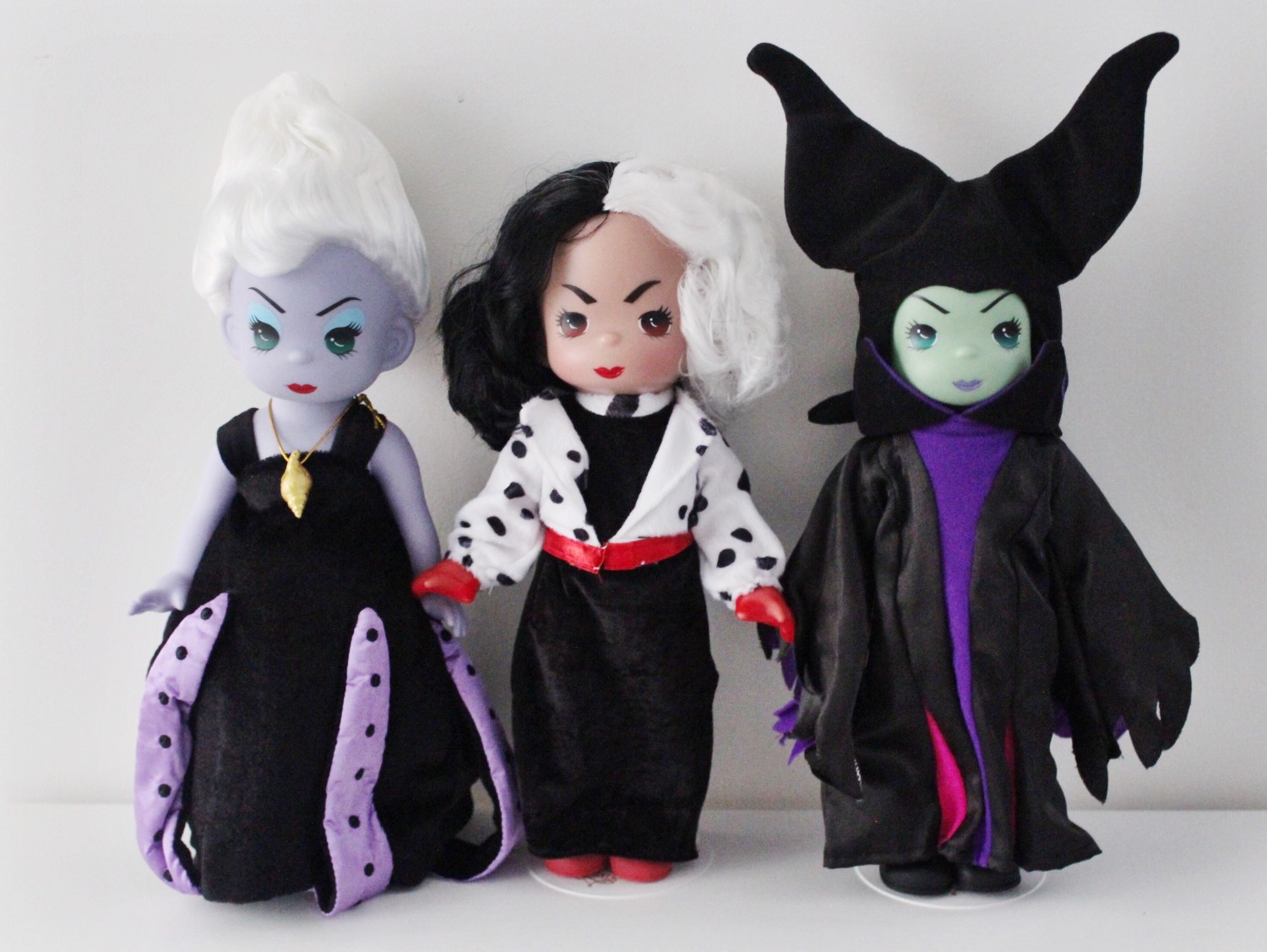 In all honesty, I am NOT usually a fan of Precious Moments dolls/stuff (those eyes…they just creep me out) but I INSTANTLY fell in love with these villain dolls. While most people love Disney princesses (don’t get me wrong, I love them too), I’ve always leaned more towards villains. In fact, the villains are often my favorite characters in Disney films. Originally, I was only going to get Ursula (can you blame me, look at how GORGEOUS she is) but since Cruella De Vil is one of my favorite villains of all-time, I couldn’t NOT get her. And then I saw the Maleficent doll and….you get the rest. I also purchased stands for each of the three dolls (since they didn’t come with them.) 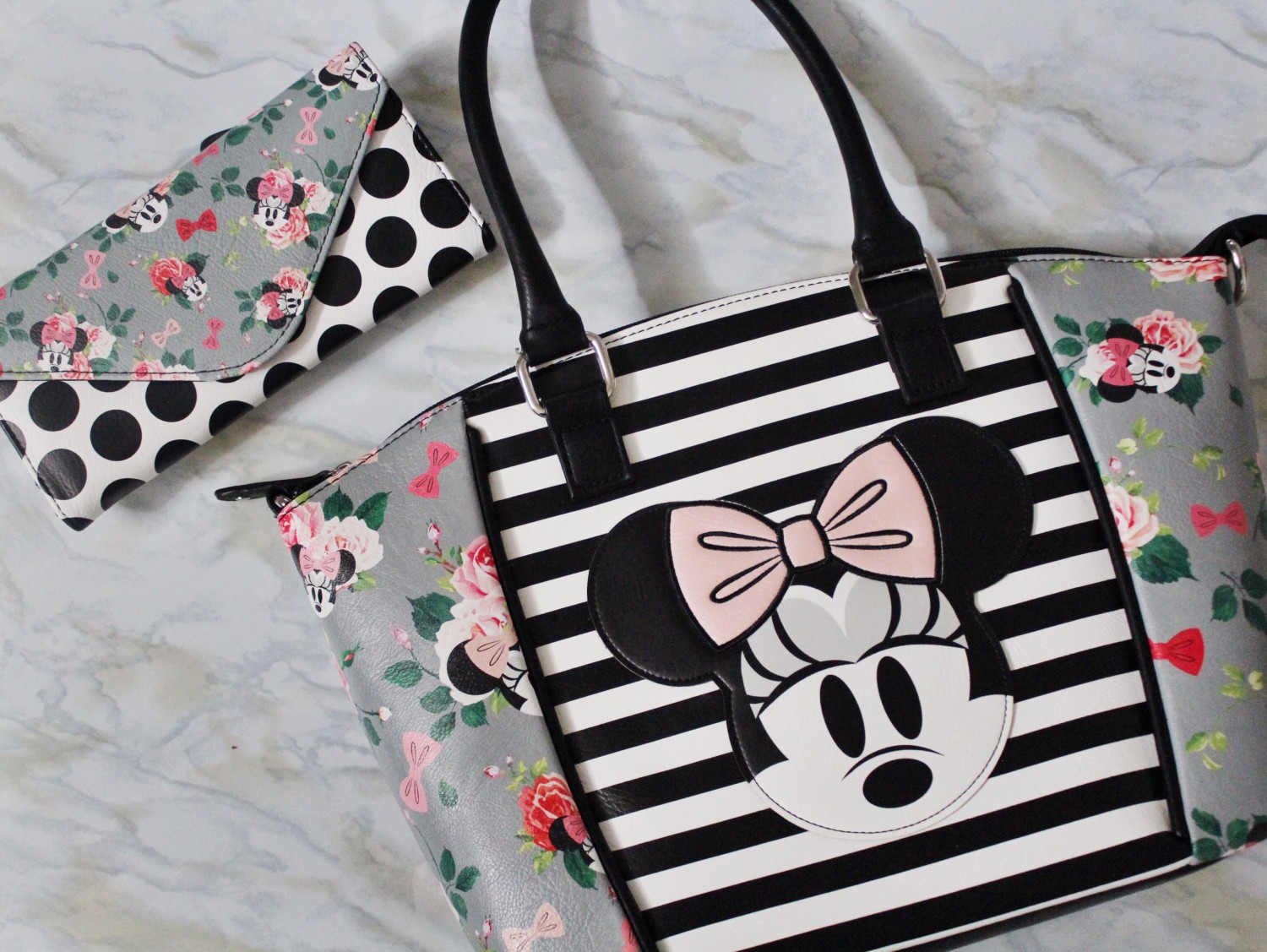 My final (and probably my favorite) purchase was this adorable floral Minnie Mouse purse and matching wallet. I’m not a big fashion person and I often just wear the same purse to death until I’m forced to get a new one. Currently, I’ve been wearing this adorable tsum tsum purse but it’s not that big (I think it’s meant for kids…) and it’s starting to get a little dirty so I’ve been on the market for a new bag. As SOON as I saw this purse I fell in love. Never in my life have I been drawn to a bag before but something about this purse just keep screaming my name (and of course I couldn’t get the purse without getting the matching wallet as well!) I LOVE the floral design so much (and it’s the perfect size too!) 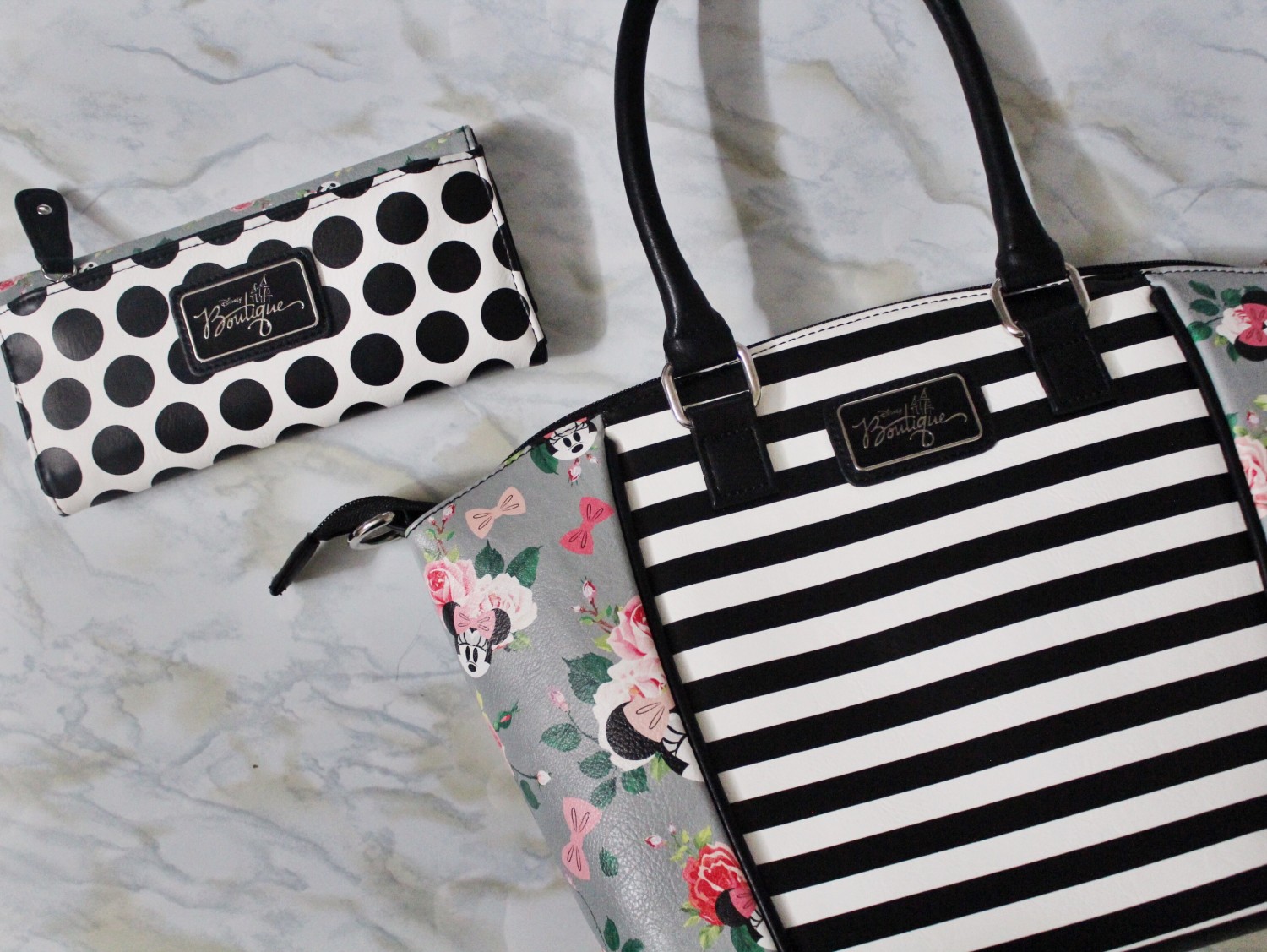 The back of the purse is stripped (without Minnie’s picture) and the back wallet is just covered in polka dots!

Any fellow Disney lovers out there? Be sure to check out more Disney Haul, Disney World and Disneyland posts here on Simply Sinova (because there’s always room for more Disney!).