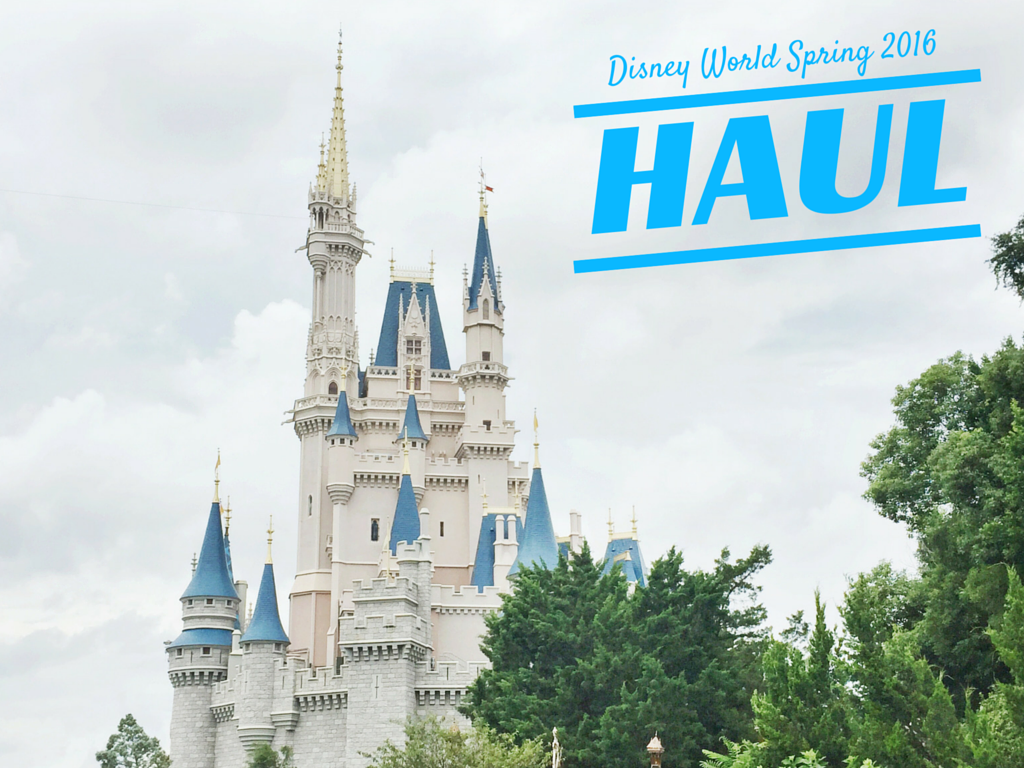 Happy Thursday (aka Friday eve)! I JUST got back from Disney World so I thought today would be the perfect day to share this month’s Disney Haul! Since I was only a Disney World for a few days and I was mostly there for the Epcot International Flower and Garden Festival (stay tuned tomorrow for a recap of that), I didn’t get much during this trip (and most of the stuff I did get was Flower and Garden Festival related!). It’s always so bittersweet whenever I leave the Disney Parks because on the one hand, I go through serious Disney withdrawals (even though I visit like every month) whenever I leave but on the other hand it’s always so much fun counting down until my next visit (I’m heading back to Disney World for TWO WEEKS in August!). Like I say in all my Disney Haul posts, a quick disclosure: since I am a Disney Premier Passport holder, I get a pretty good discount on merchandise (20% off at Disneyland and 10% off at Disney World). Here’s my Disney World spring 2016 haul: 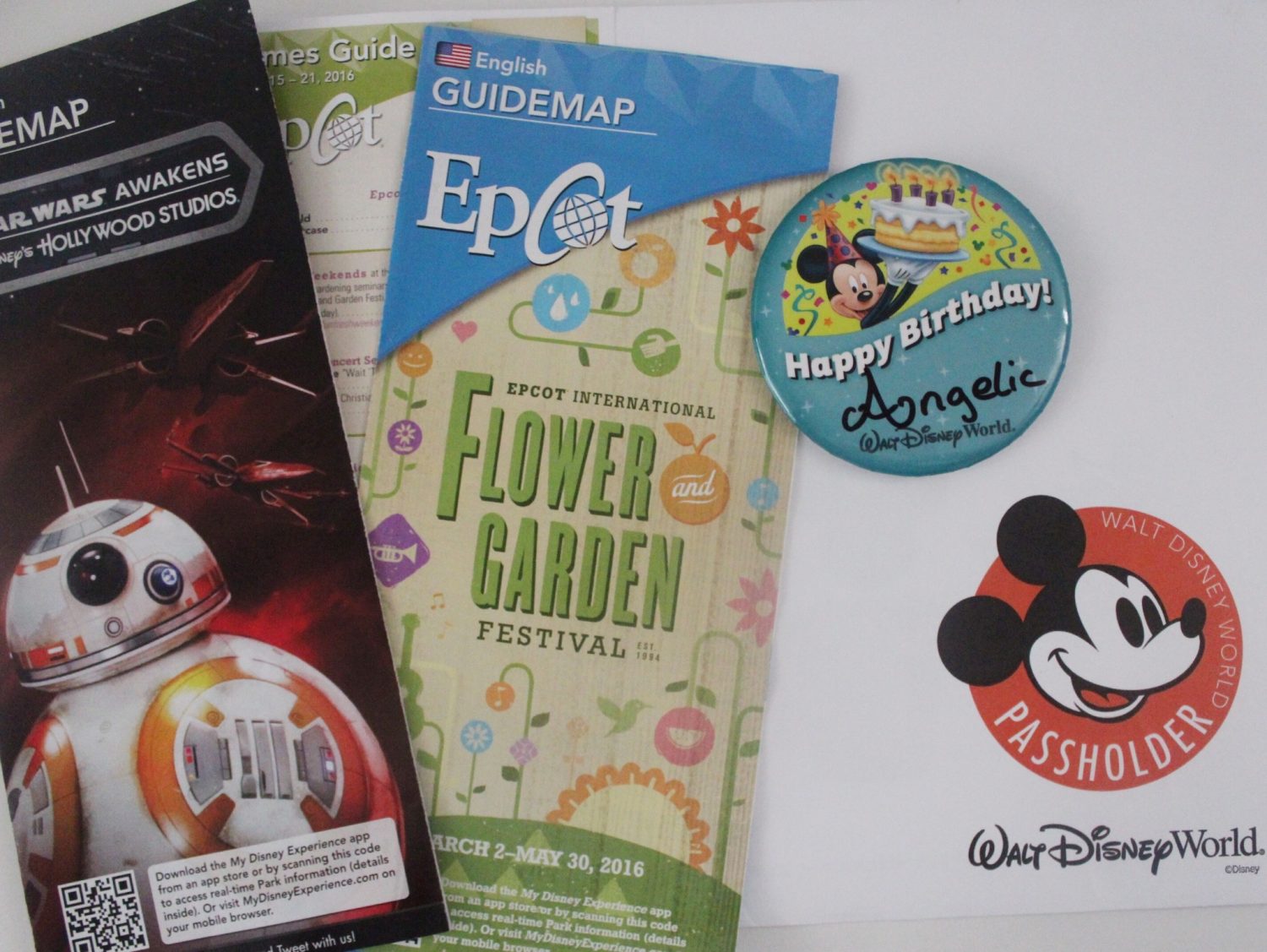 Let’s start with the free souvenirs (yes, there are “free” Disney souvenirs) first. Since I collect Disney Parks Guide Maps (I probably have around 100 by now), I picked up the new Hollywood Studios map (with the ADORABLE BB-8 on it), a Disney Quest map (which isn’t pictured) and the 2016 Epcot International Flower and Garden Festival map. Since the Animal Kingdom and Magic Kingdom maps were the same from my last visit, I didn’t pick any new ones up. I also got a birthday button (even though I spent my actual birthday, April 17, at Disneyland Paris. BTW, I PROMISE I’ll post my Disneyland Paris post soon. I’ve edited over 100 photos so far so I’m almost done!). During the Epcot International Flower and Garden Festival, passholders got one of three (depending on which month you visited) free prints. 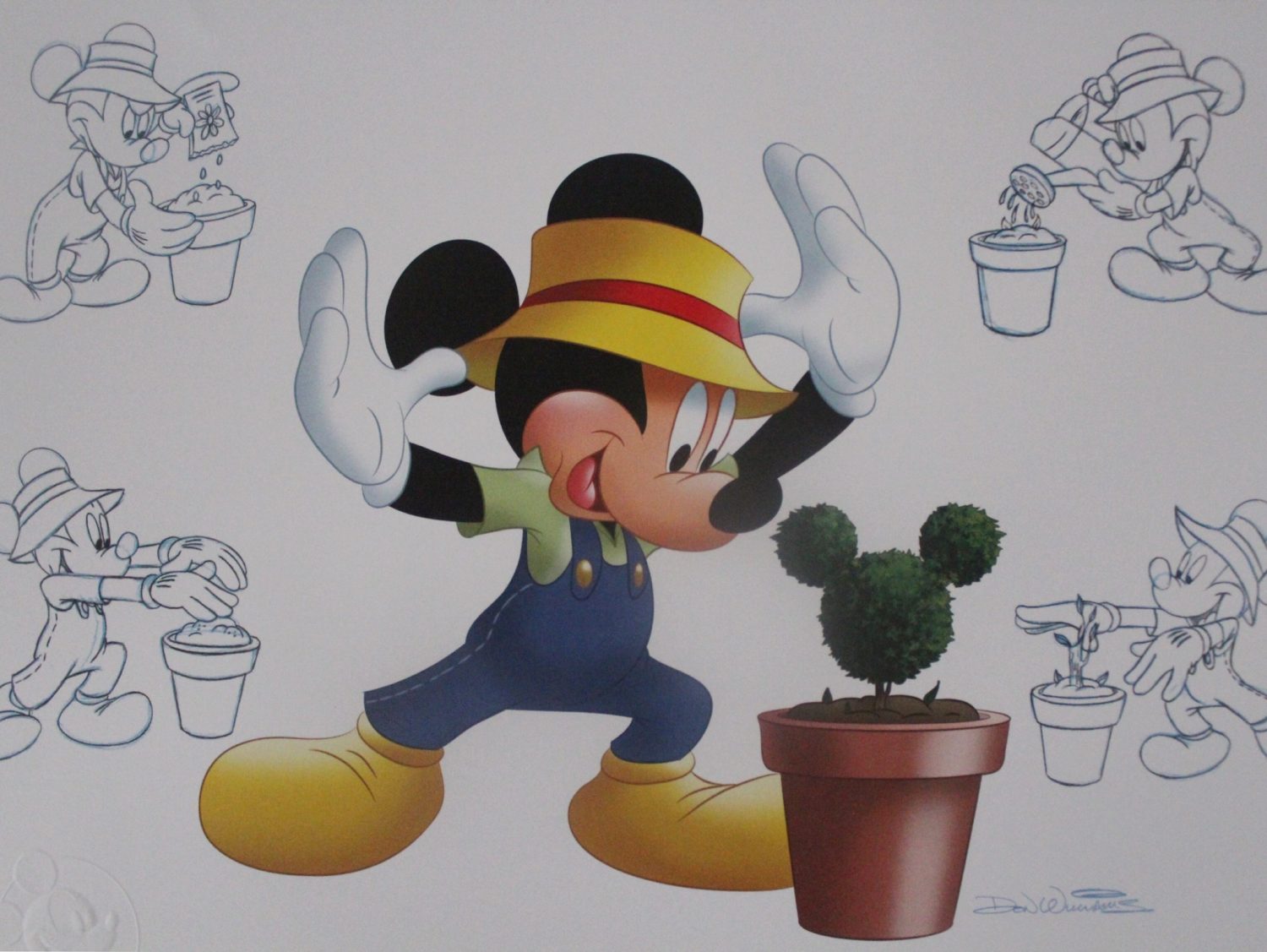 The May passholder print was of gardener Mickey (isn’t it adorable?). 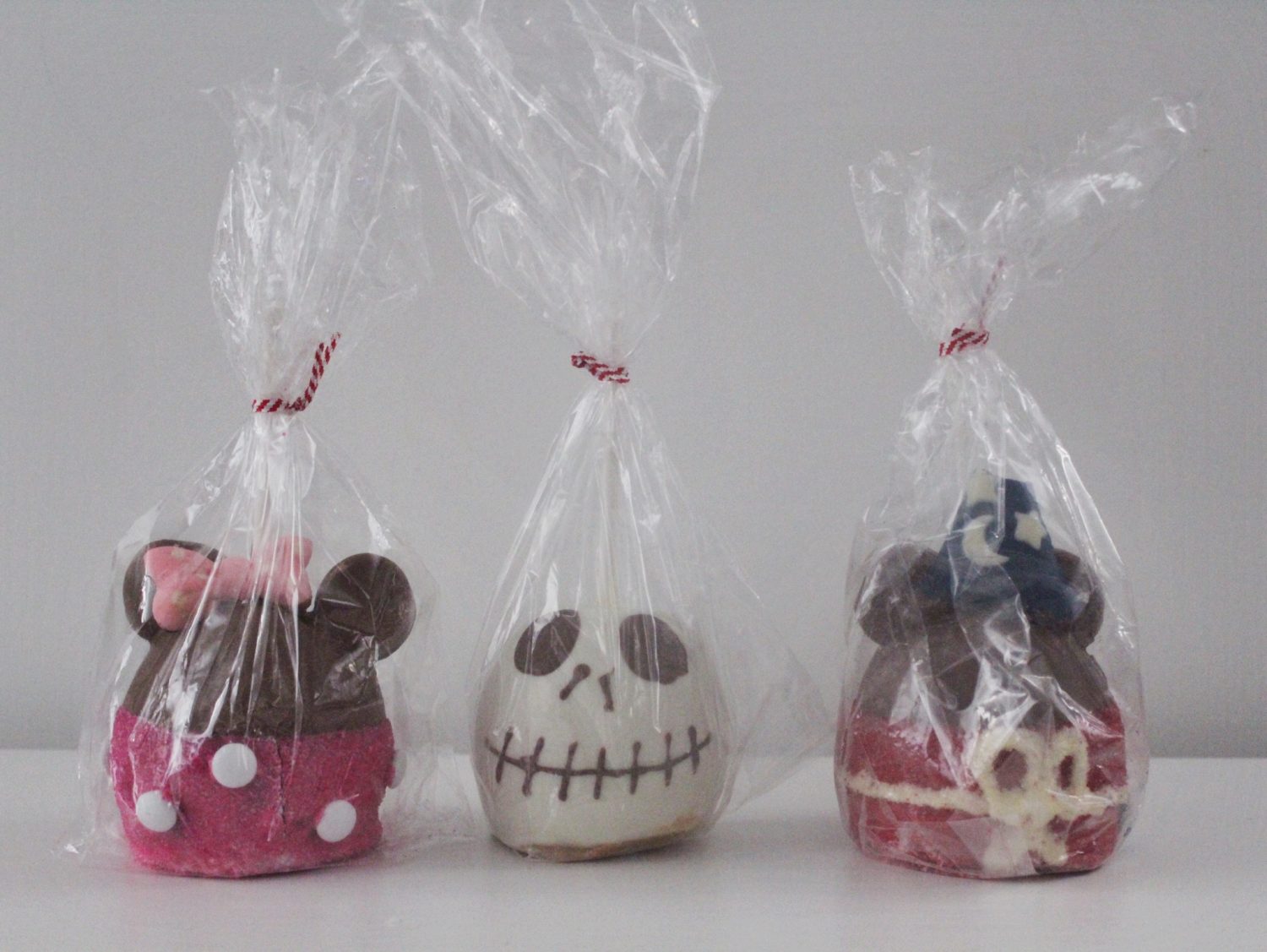 It wouldn’t be a Disney Parks haul without a few candy apples, am I right? This trip I brought home three different candy apples: a pink Minnie candy apple, a Jack Skellington candy apple (which is my FAVORITE) and a sorcerer Mickey candy apple. 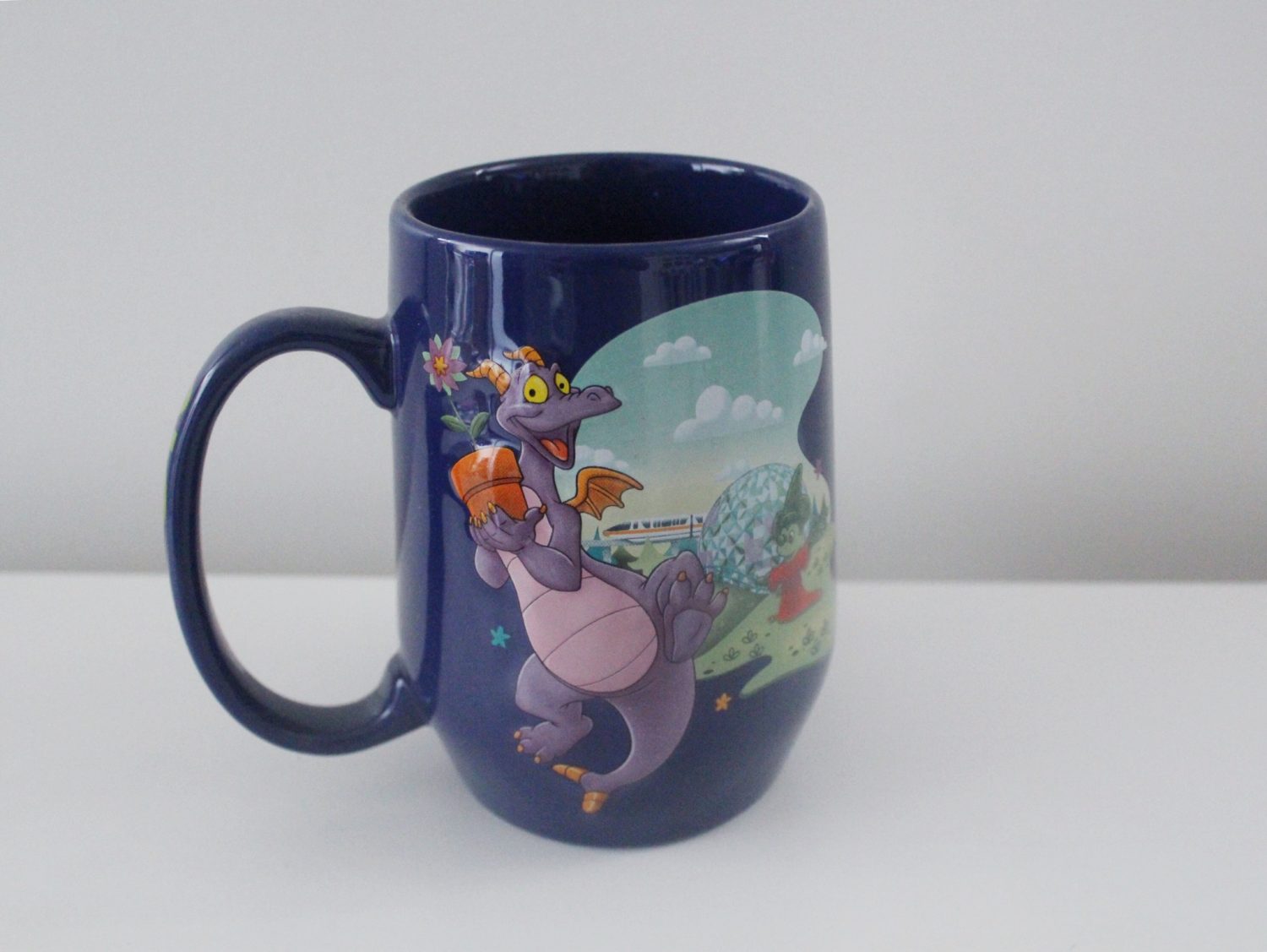 It also wouldn’t be a Disney Haul without some sort of souvenir cup or mug! I am in LOVE with this 2016 Epcot International Flower and Garden Festival Figment Mug. I just love Figment so much! 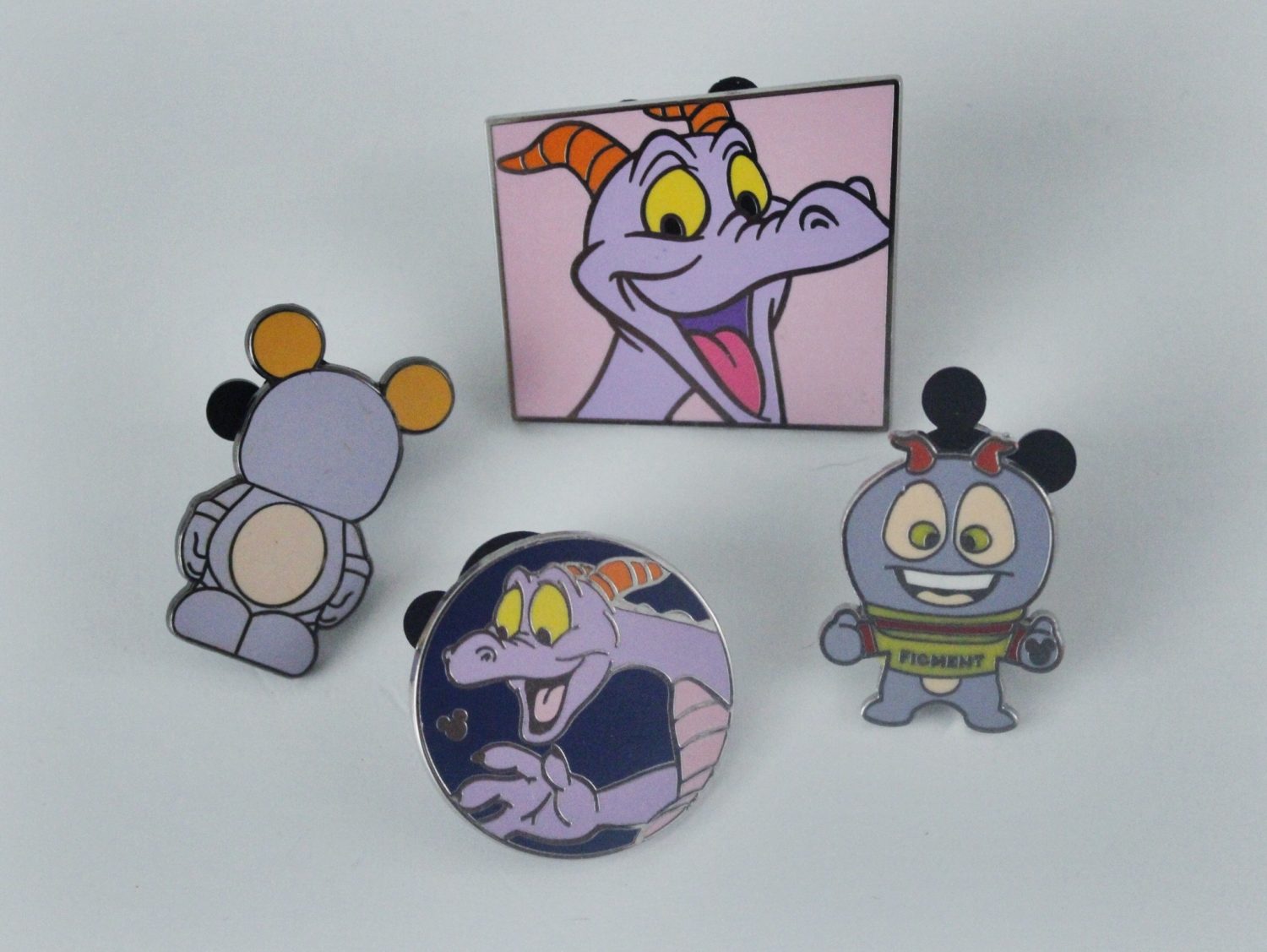 Speaking of my love for Figment, I traded for four different Figment pins during this trip. 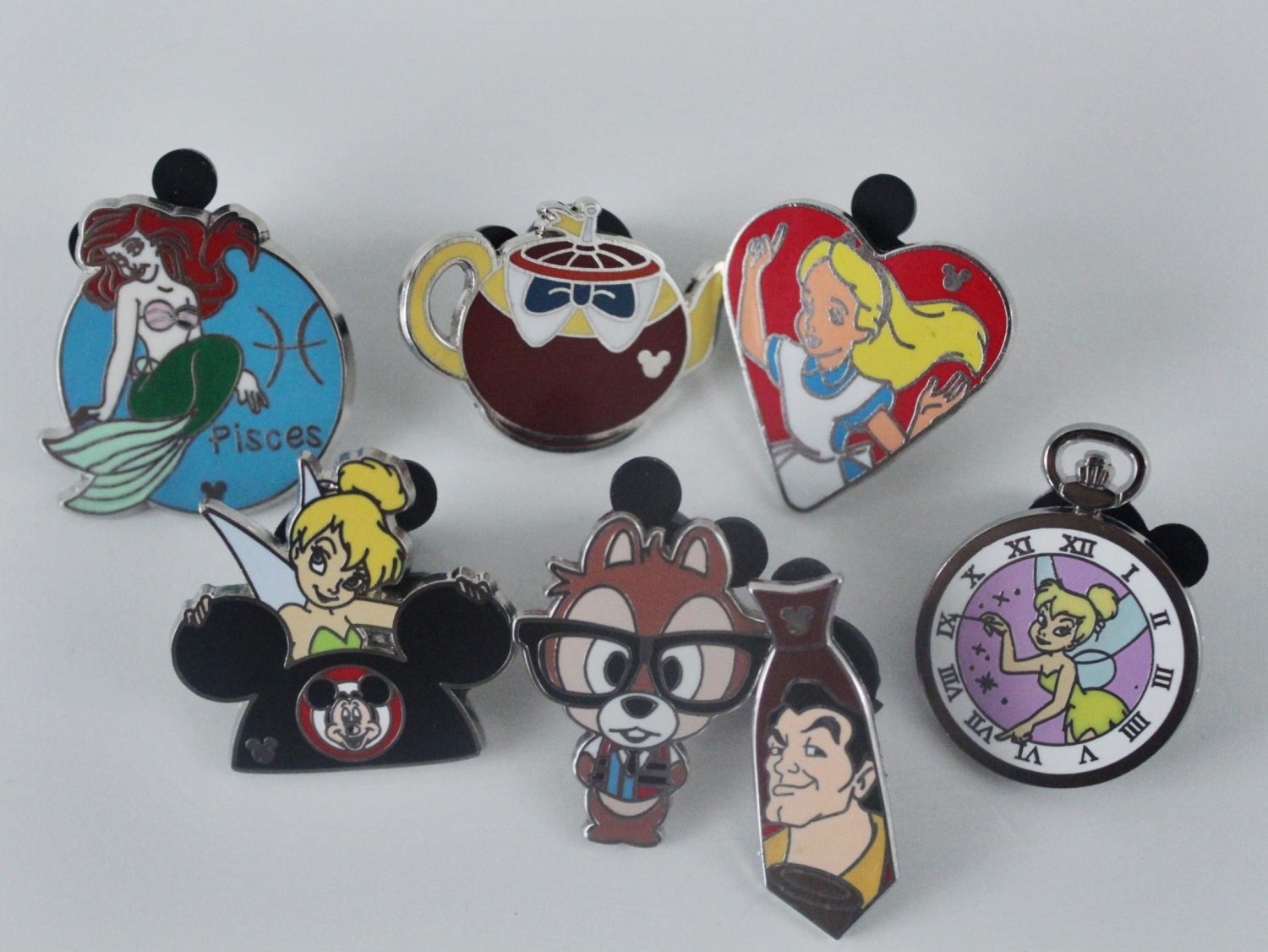 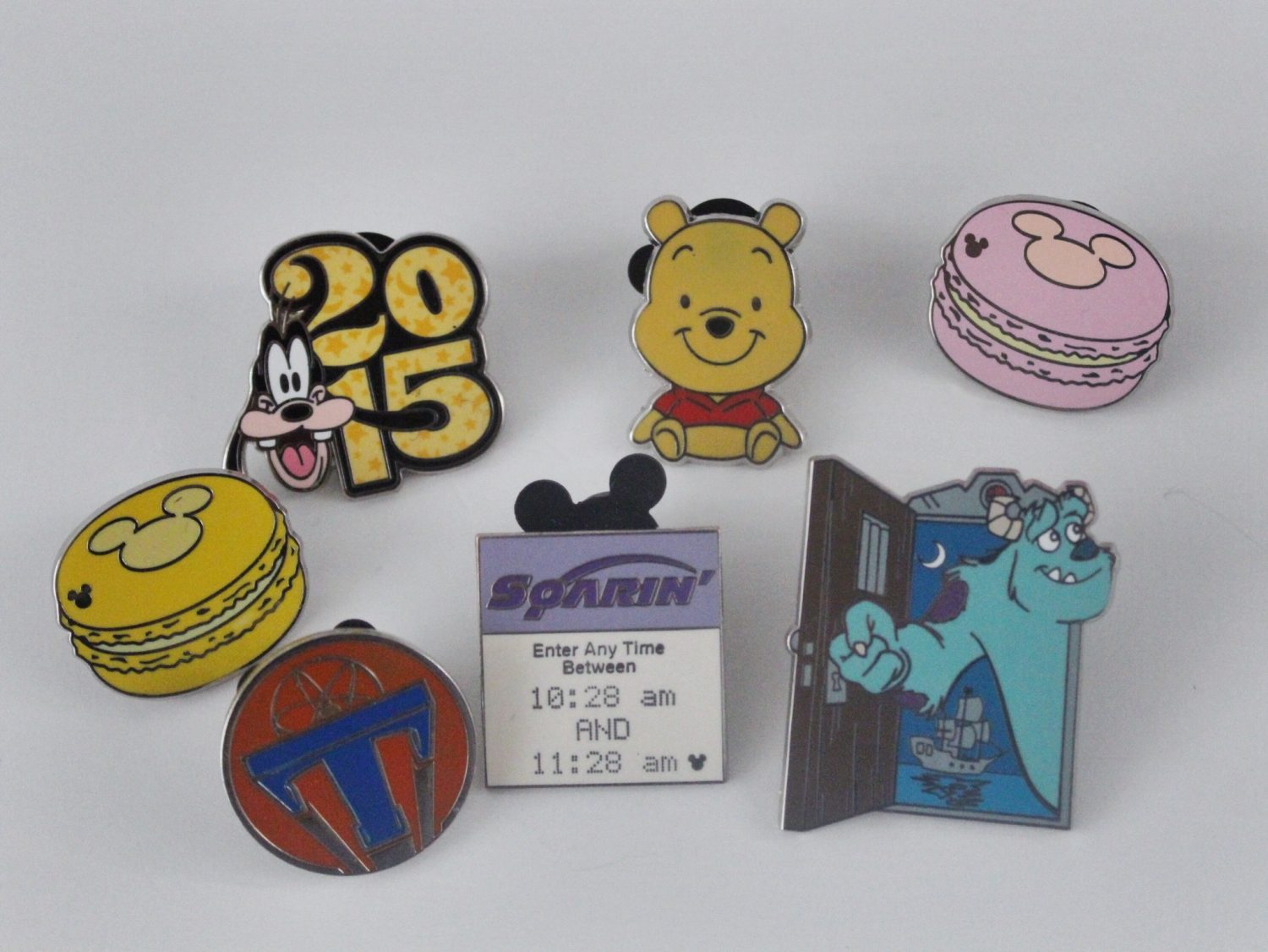 I also traded for a Tomorrowland pin, two ADORABLE Mickey macaron pins (seriously, how cute are those pins?!), a Soarin’ fastpass pin (I can’t wait to ride Soarin’ Around the World, which opens next month, when I visit Disney World again in August), a Sulley pin, a 2015 Goofy pin and a Winnie the Pooh pin. 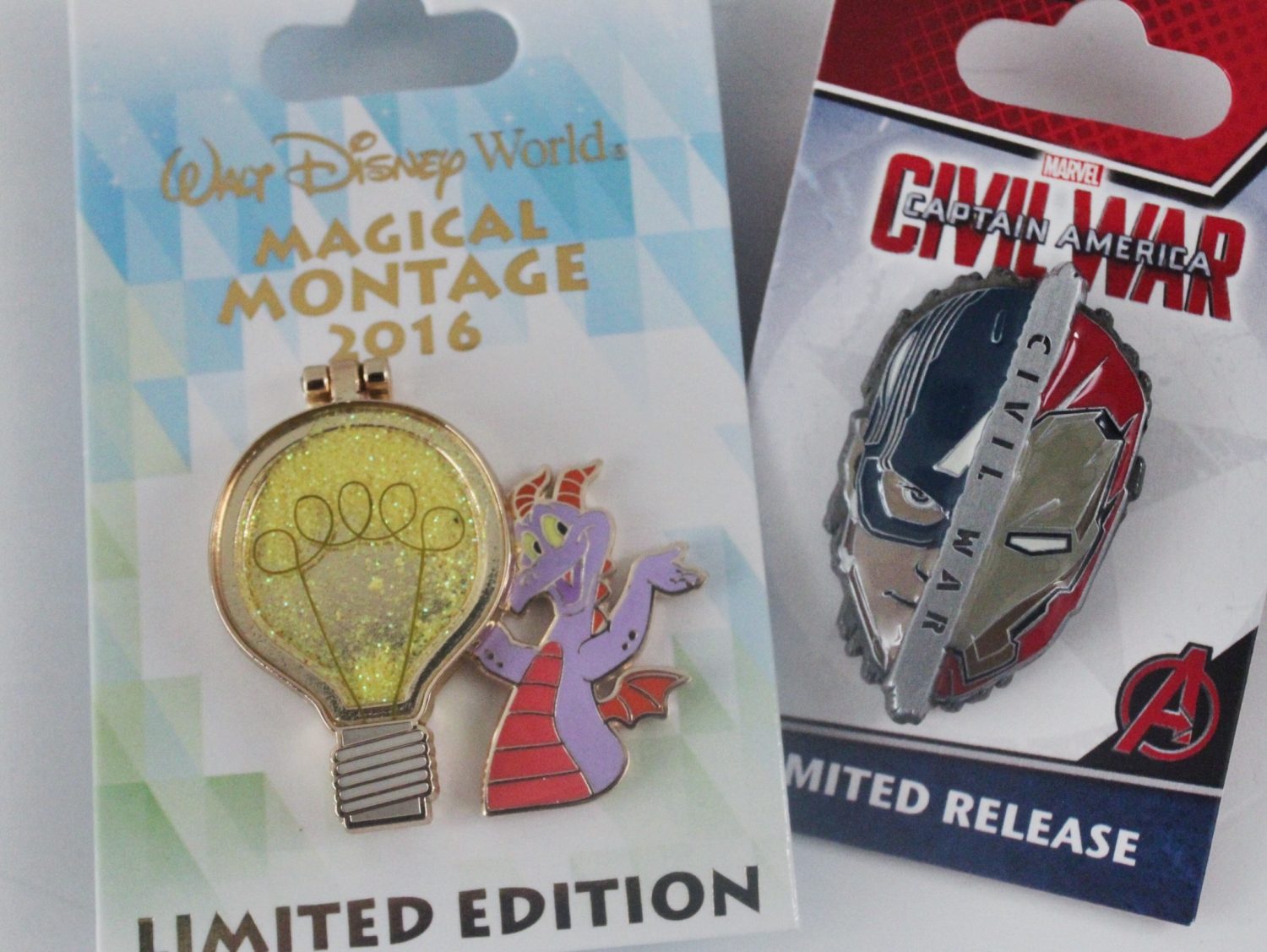 Initially, I planned on only trading pins (and not buying any) but I couldn’t resist picking up a Limited Edition (or LE) Magical Montage 2016 pin featuring Figment and a Limited Release Captain America: Civil War (I LOVED that film) pin! I actually bought the LAST Civil War pin so hooray for being in the right place at the right time! 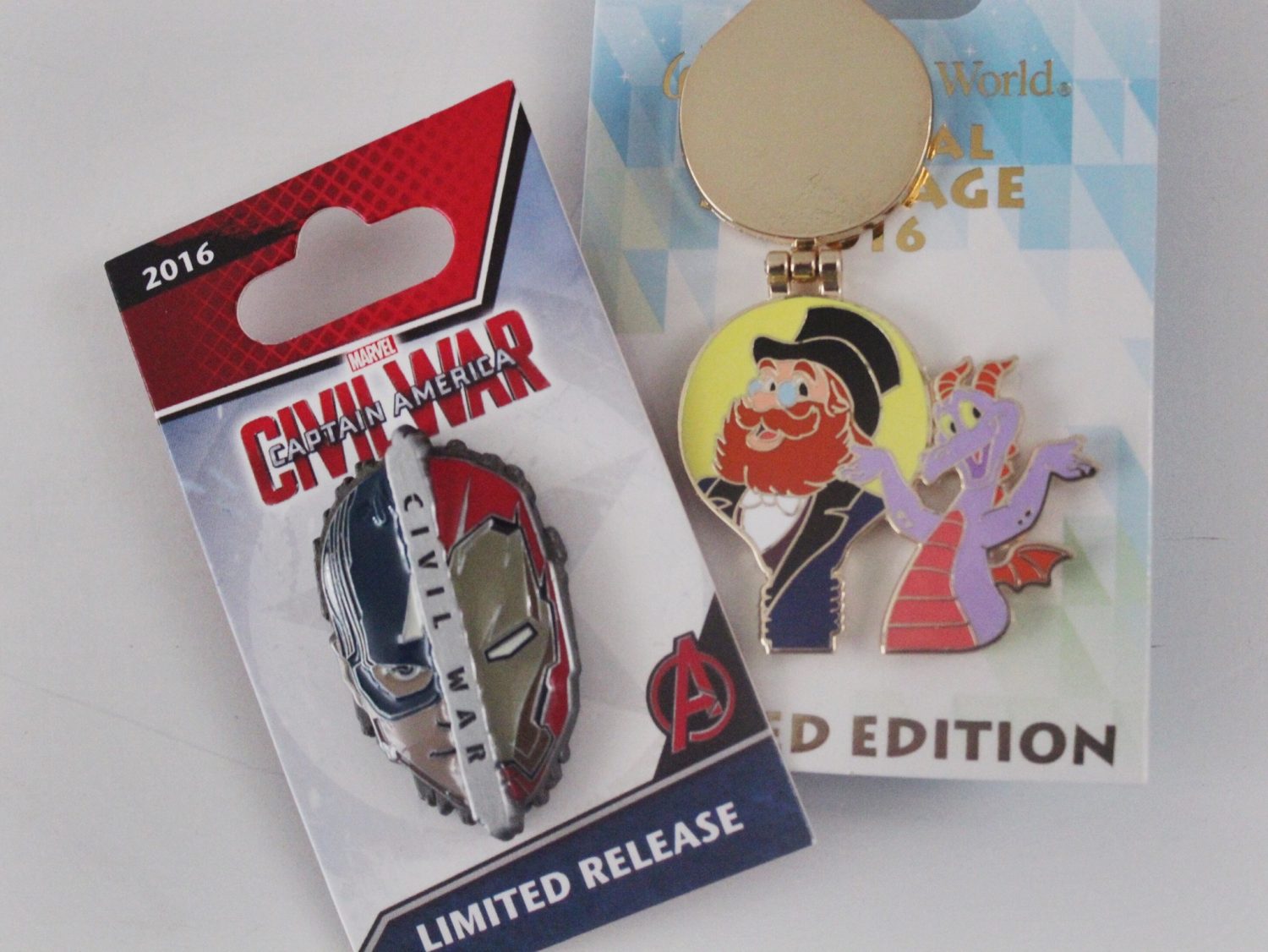 My favorite thing about the LE Magical Montage 2016 pin is that when you flip the pin up,  you can see Dreamfinder! 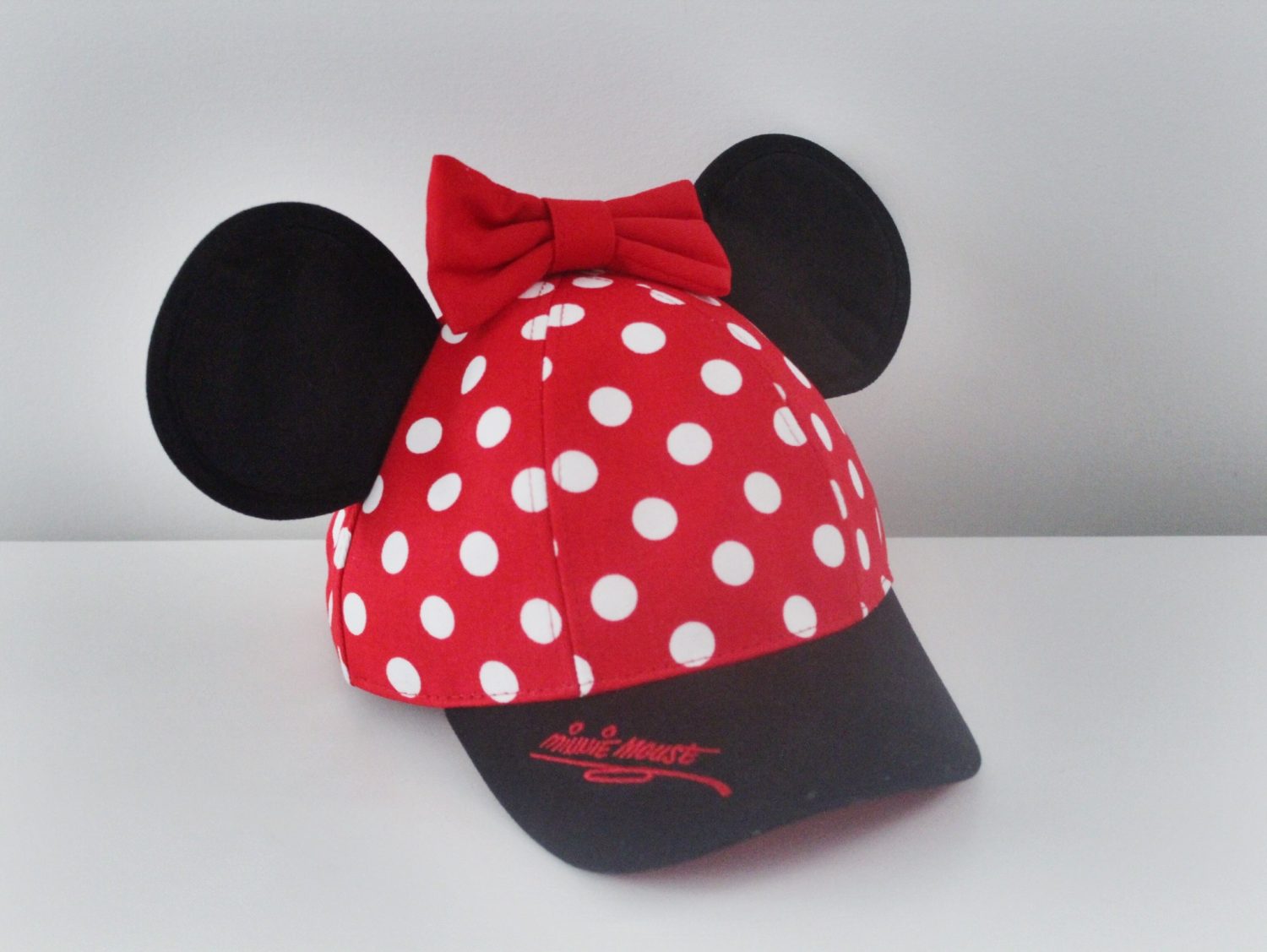 I’m NOT a huge hat fan (I actually don’t own ANY hats, unless you count Mickey ear hats or winter hats) but I’ve had my eye on this Minnie Mouse baseball cap for a while now so I decided to finally get it! Technically it’s a “youth” hat (so it’s for kids) but I have a super small head so it fits me perfectly. 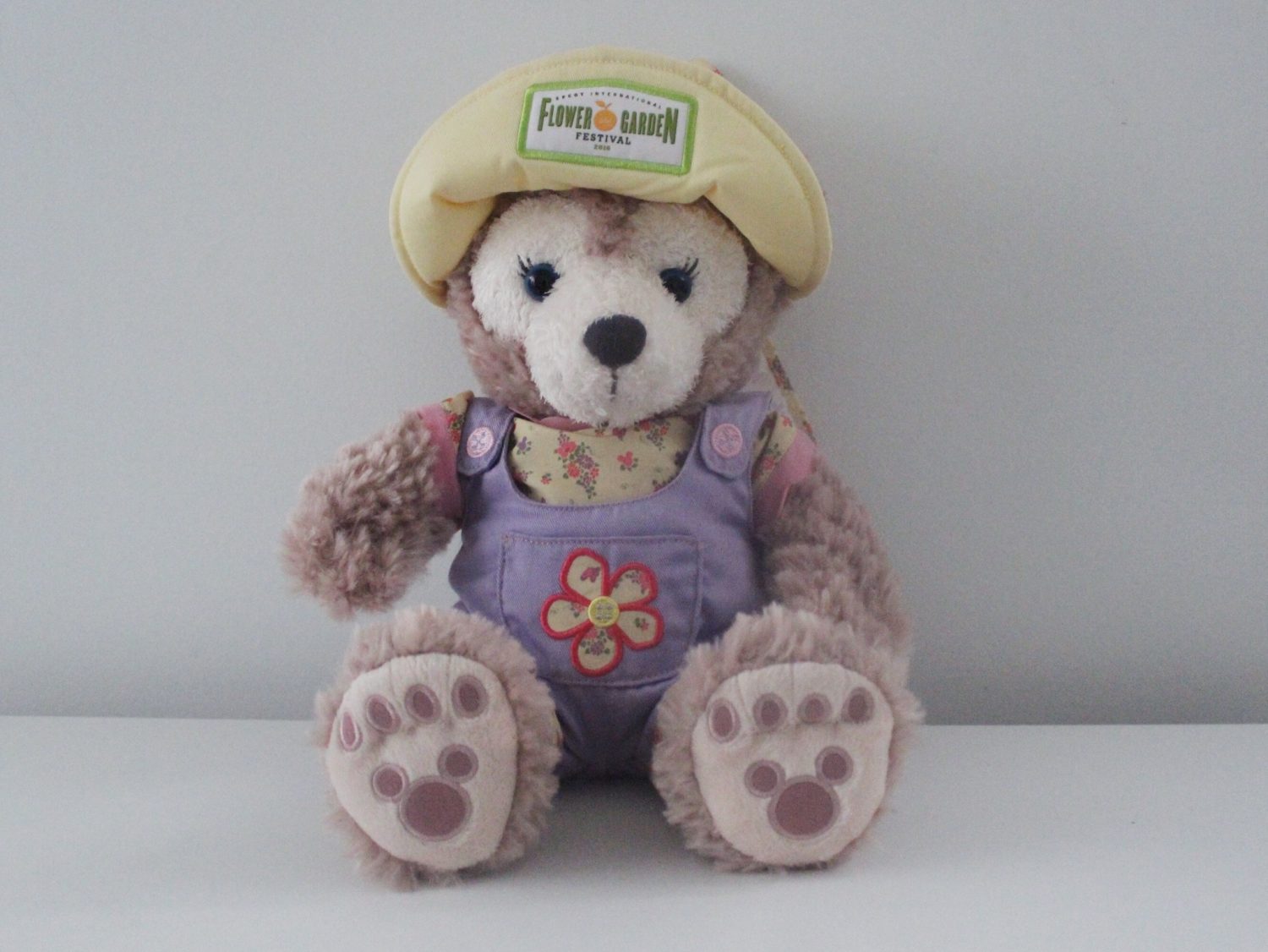 I LOVE the Epcot International Flower and Garden Festival ShellieMay! 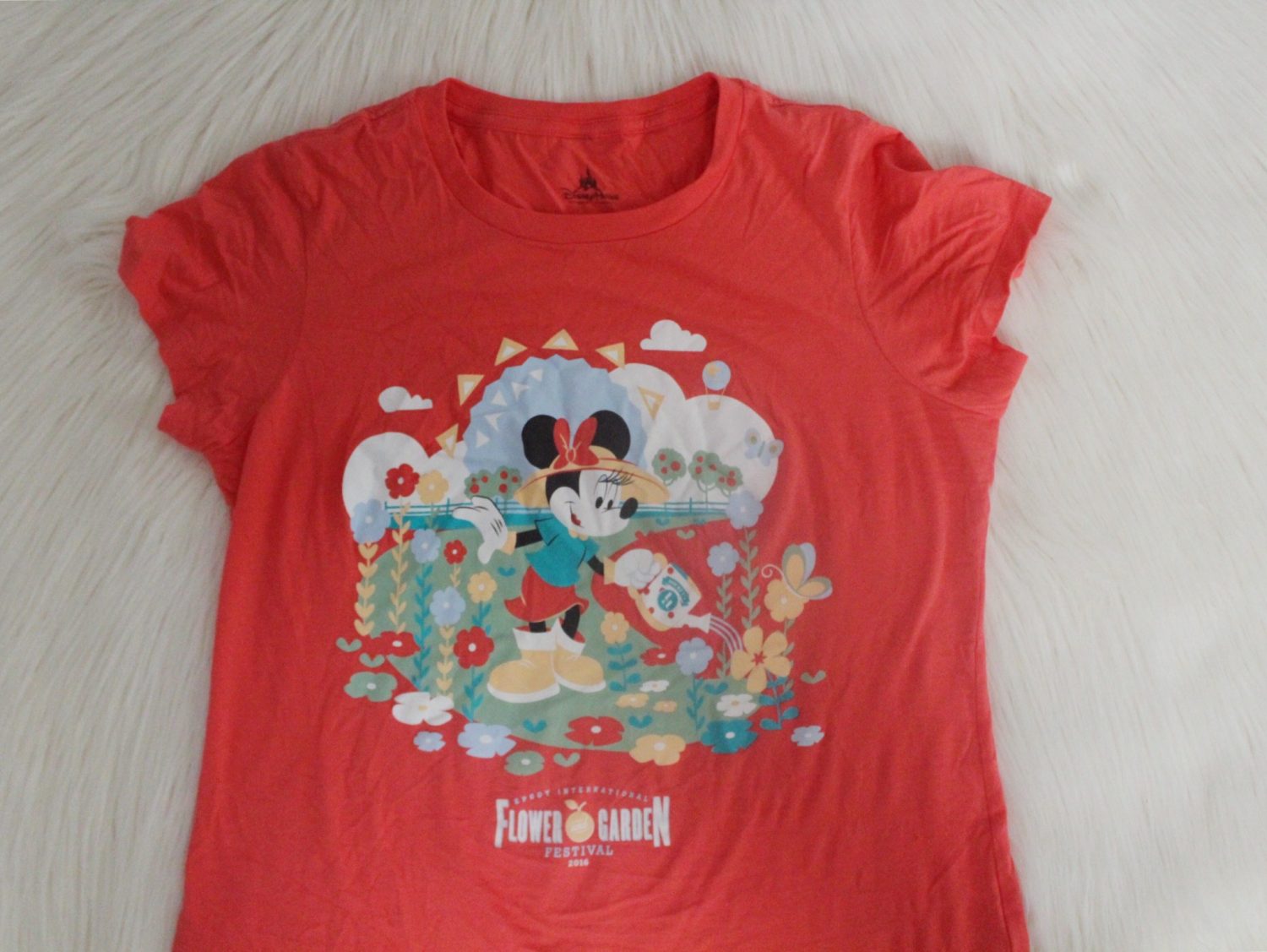 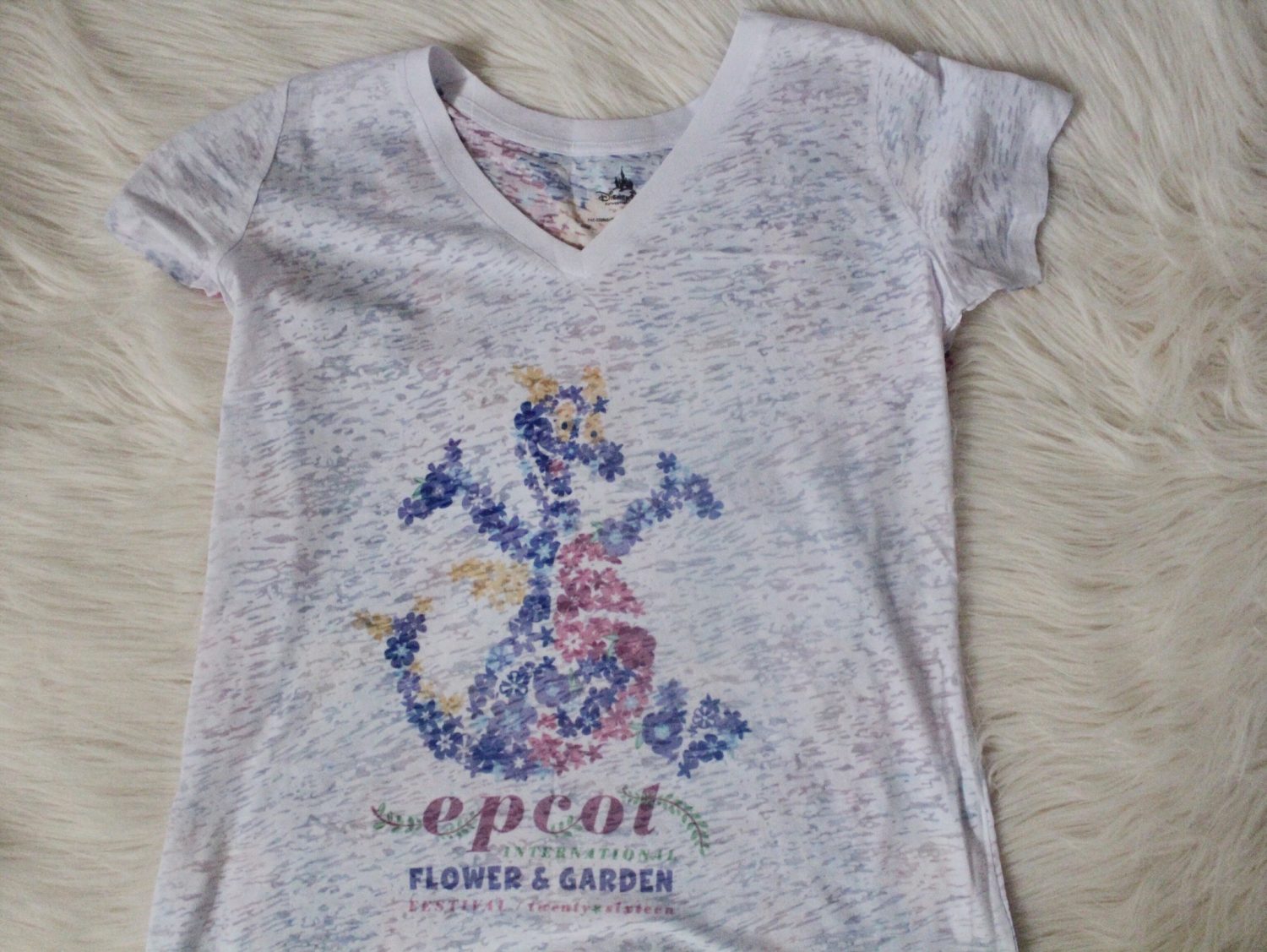 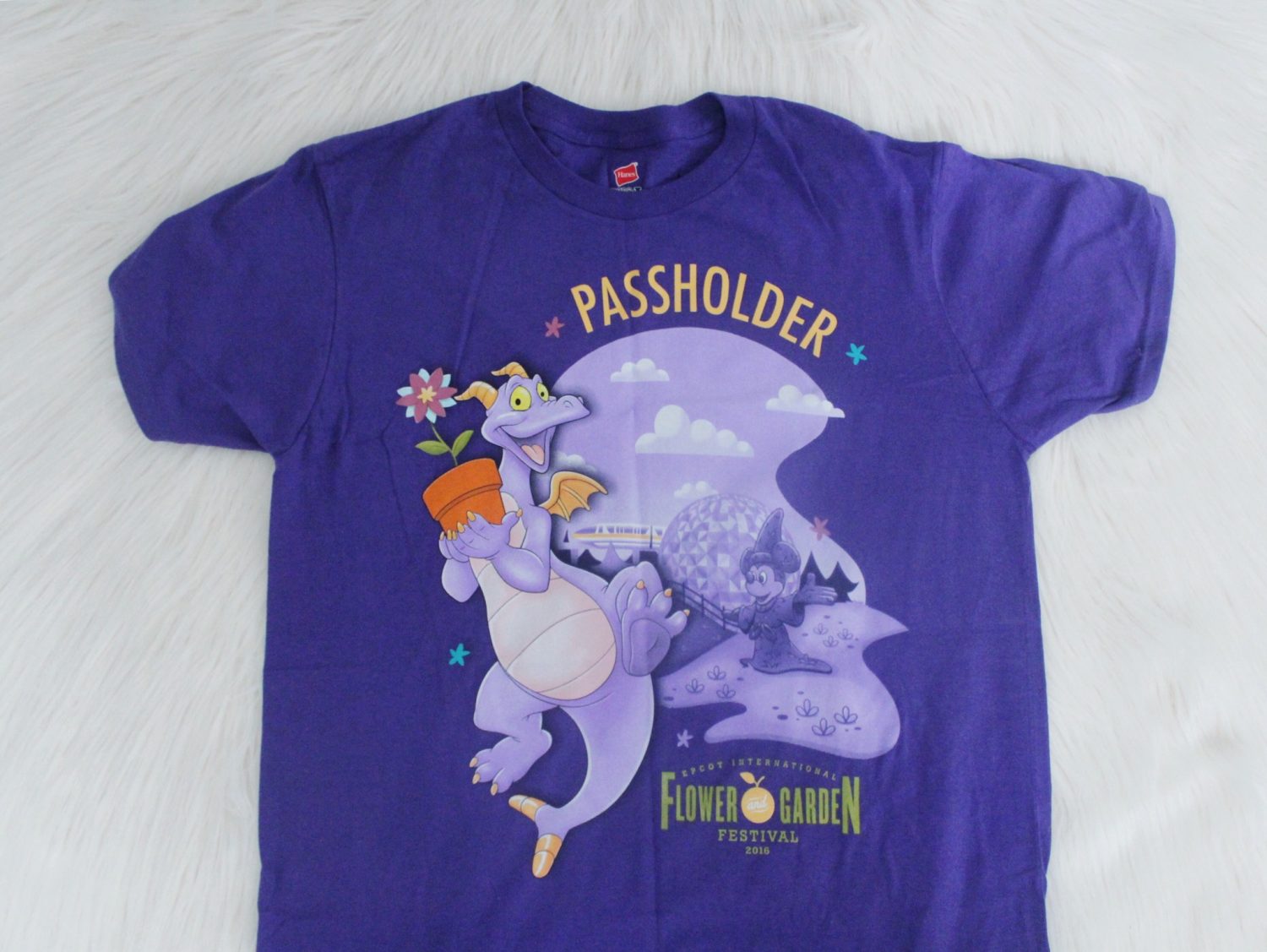 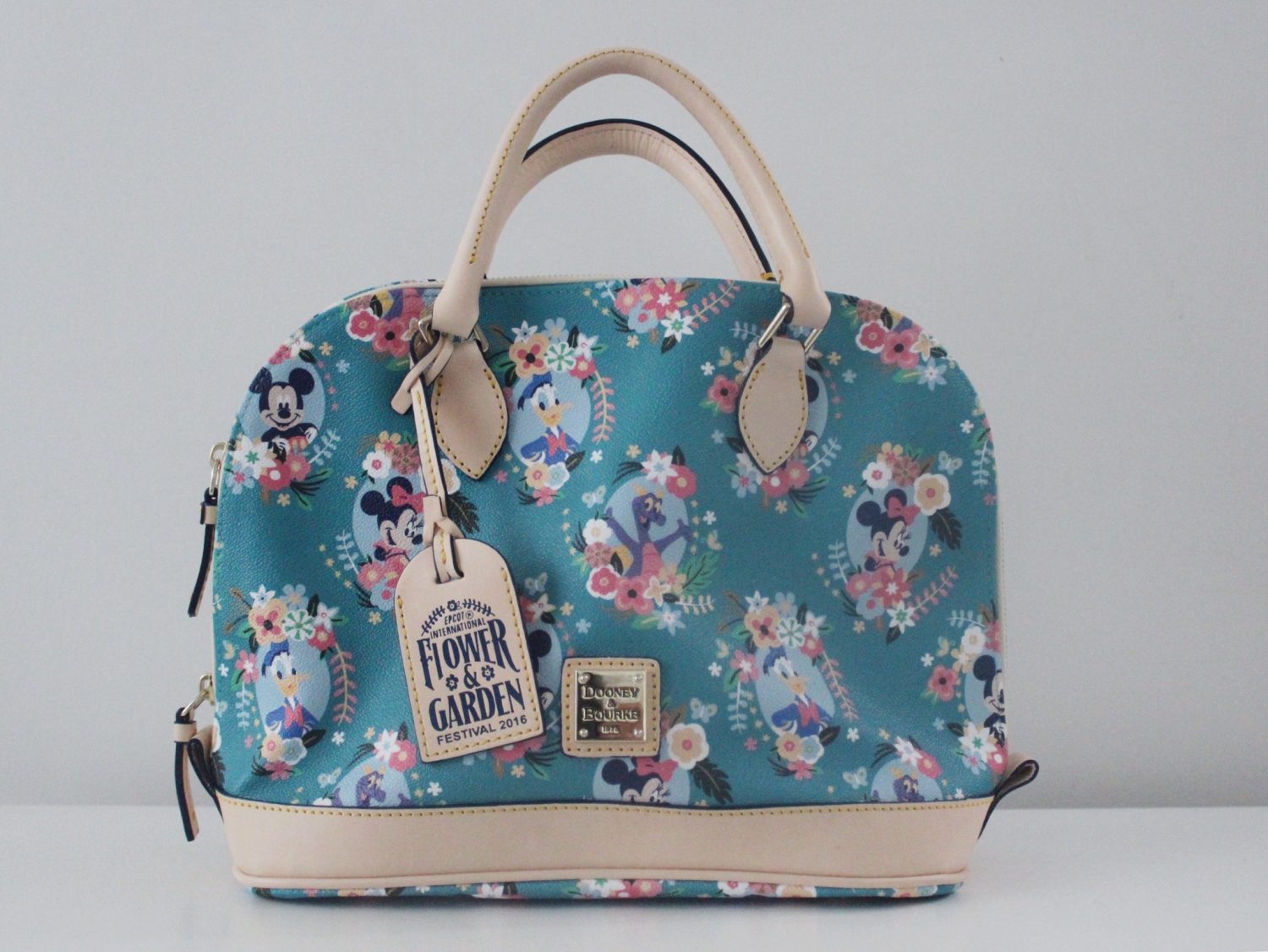 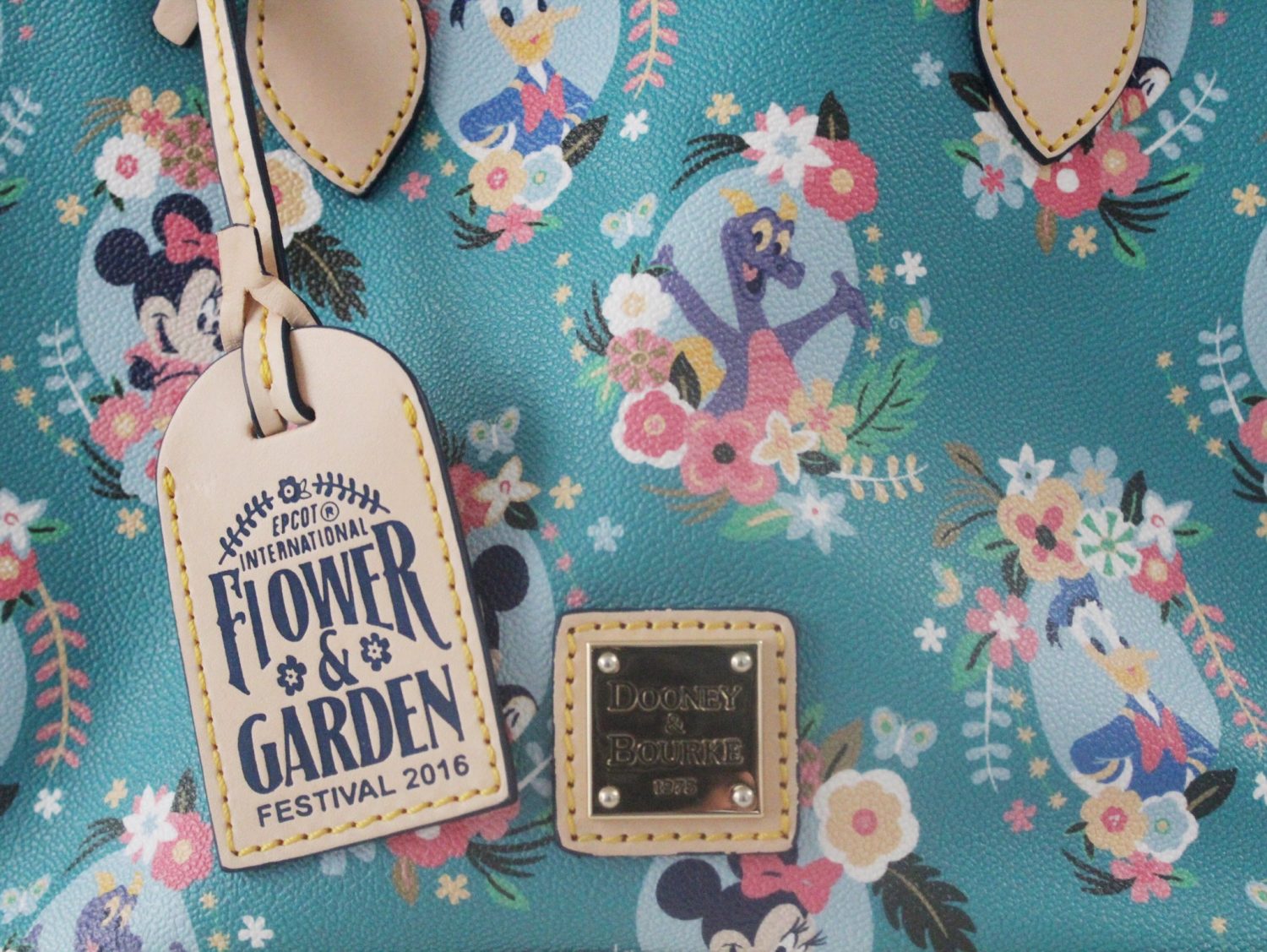