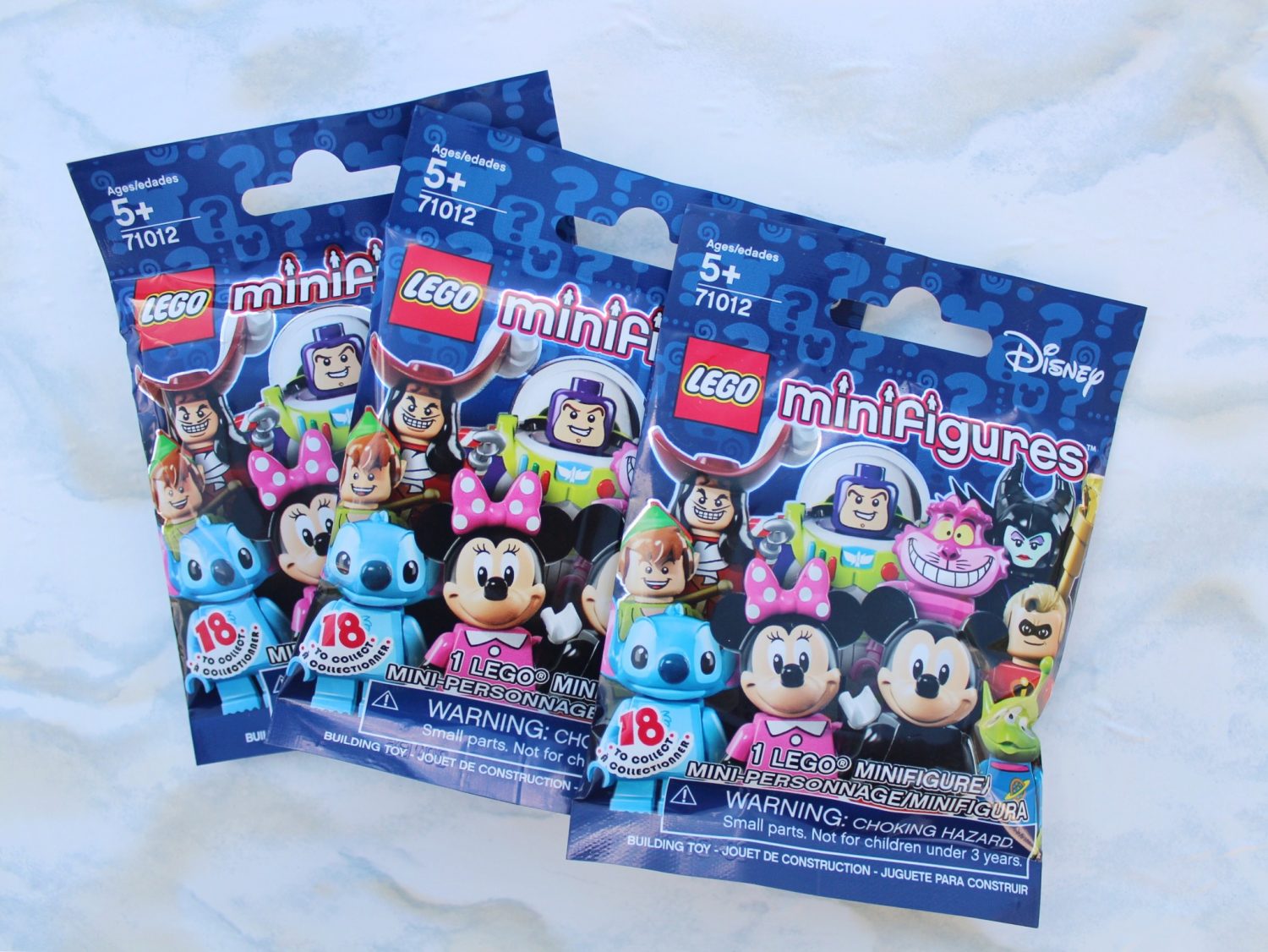 Happy Tuesday and welcome to another edition of Blind Box & Bag Roundup (I can’t believe this is my 30th BB&BR post?!!) This week’s BB&BR post is dedicated to the adorable new Disney LEGO Minifigures. If you checked out my May Must Have post, than you already know that I’ve been on the lookout for these Disney LEGO Minifigures for a while now. For MONTHS (okay, only one month) I searched high and low for these Disney LEGO Minifigures and I always came up empty. I searched in several Target’s and two different LEGO Stores here in Chicago. I even checked the LEGO store in Disney Springs (formerly Downtown Disney) when I visited Disney World last month for the Epcot International Flower and Garden Festival and I still didn’t have any luck finding them. Apparently, the LEGO store in Disney Springs is only allowed to sell a certain amount of Disney LEGO Minifigures a day and by the time I went, they had already sold out. To my surprise though, I was able to find a few Disney LEGO Minifigures blind bags at Five Below (they were located at the checkout counter and I didn’t even notice them until I was leaving the store) a few days ago so I decided to pick up four bags! 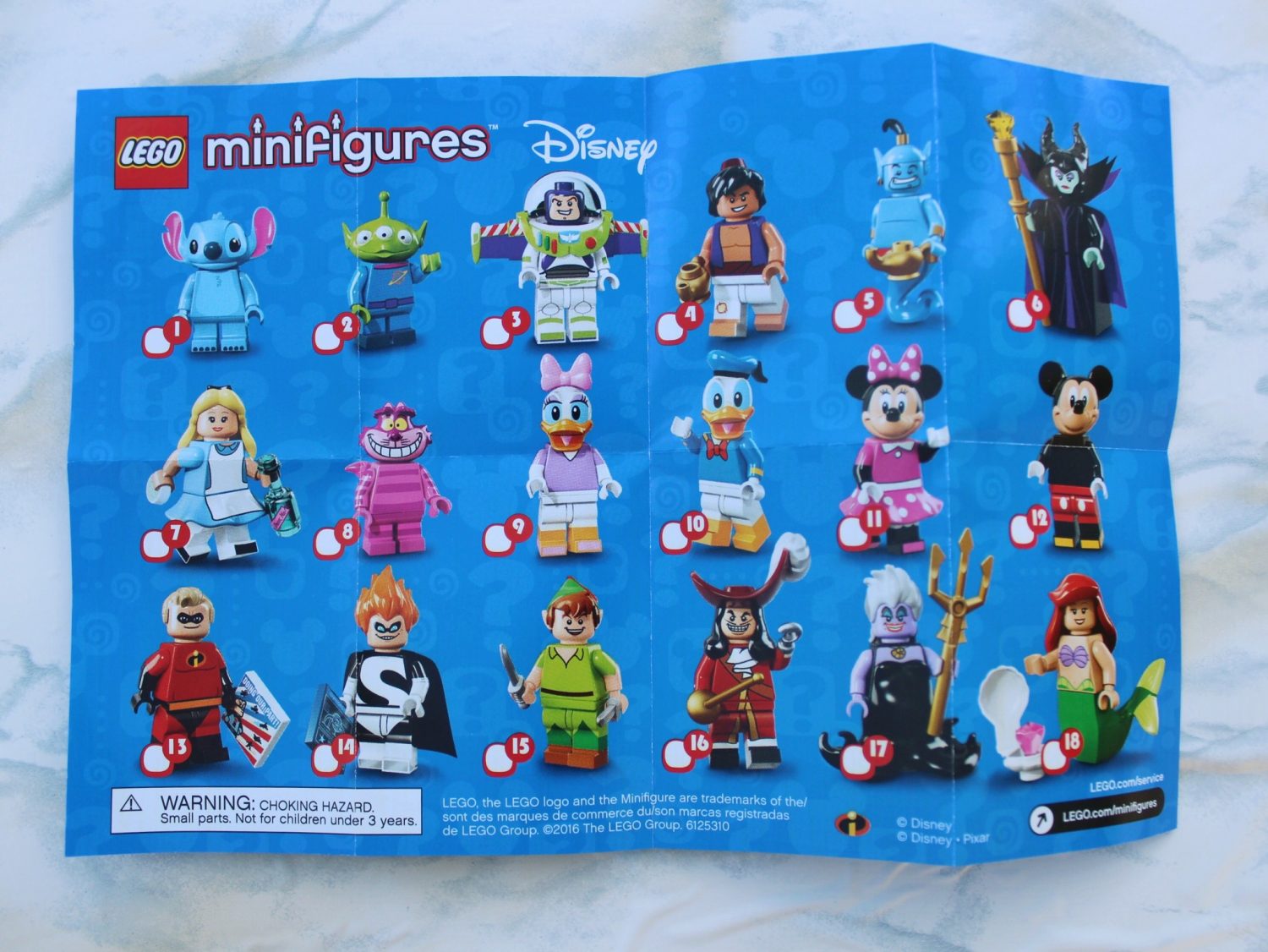 How ADORABLE are these Disney LEGO Minifgures?!?! I mean seriously, Disney + LEGO? Yes please! I honestly don’t know why it took so long for LEGO to come out with a Disney Minifigures series. Although I eventually want to collect ALL 18 of the Disney LEGO Minfigures, Ursula, Stitch, Peter Pan, Captain Hook, Ariel, Genie, Aladdin and Alice were at the top of my wish list. Oddly enough, Daisy, Donald, Minnie and Mickey are my least favorite of the bunch (although I still want them so I can have a complete collection someday). I think it’s their big heads that throw me off. They don’t look as “LEGO-y” as the other figures (they’re still cute though). 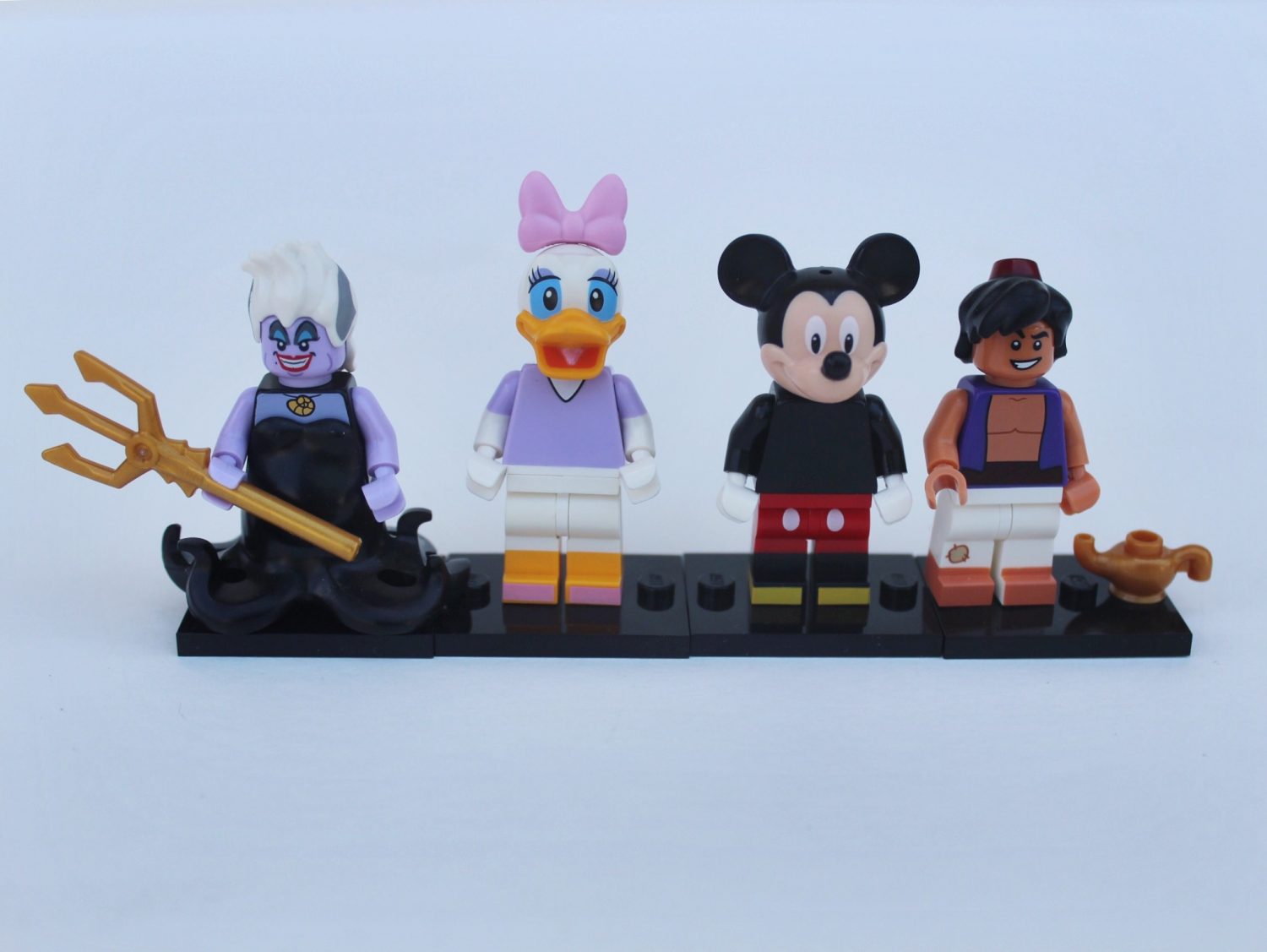 I got Ursula (YASSSSS), Daisy, Mickey Mouse and my main man Aladdin. All I can say is wow! The level of detail that went into these Disney LEGO Minifigures is just amazing. Speaking of little details, look at the little rip in Aladdin’s pants (how cute is that?). Based on the images on the packaging, I knew that the figures would be cool looking but some how they look even better in person. 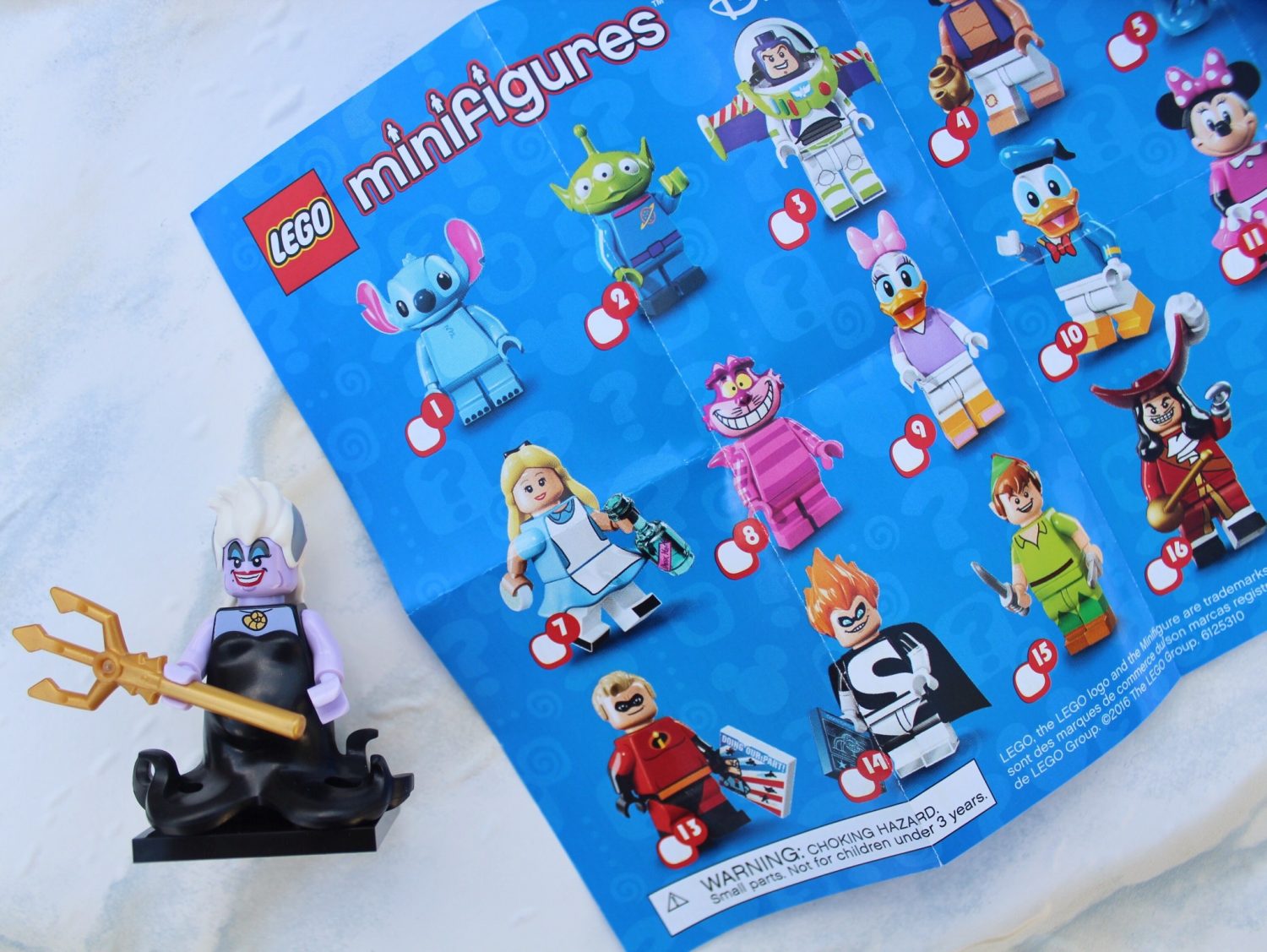 I’m so happy because out of all 18 of the Disney LEGO Minifigures, Ursula was the one I wanted the most (she’s one of my favorite villains!). I can’t wait to pick up more of these minifigures soon. Fingers crossed LEGO makes a second Disney LEGO Minifigures series because there are so many other amazing Disney characters I’d love to see in LEGO form (like my babies Chip ‘n Dale!).

Love blind boxes and blind bags? Be sure to check out Blind Box & Bag Roundup 01 – 29 HERE!