Remember a few weeks ago when I talked about how the Dinty Moore® brand was partnering with STIHL® TIMBERSPORTS® and professional lumberjack Adrian Flygt to train a team of lumbersexuals in core areas of logging and forestry, giving them the necessary skills to walk, talk and compete like a lumberjack? Remember how I said the lumbersexual team—Lumber Michael, Lumber Jamin, Lumber Ben, and Lumber Ian—were going  to compete at the STIHL® TIMBERSPORTS® Series U.S. Pro and Collegiate Championships on July 15 in Chicago (I swear, it’s awesome living in Chicago because it seems like everywhere you turn there are fun events like this to attend)., sponsored by the makers of Dinty Moore® beef stew? Well yesterday (July 15), I had the wonderful opportunity of witnessing said Lumbersexual to Lumberjack Competition and it was a blast! Seriously, watching a bunch of lumbersexuals transform into lumberjacks? Talk about the perfect way to spend a summer afternoon! 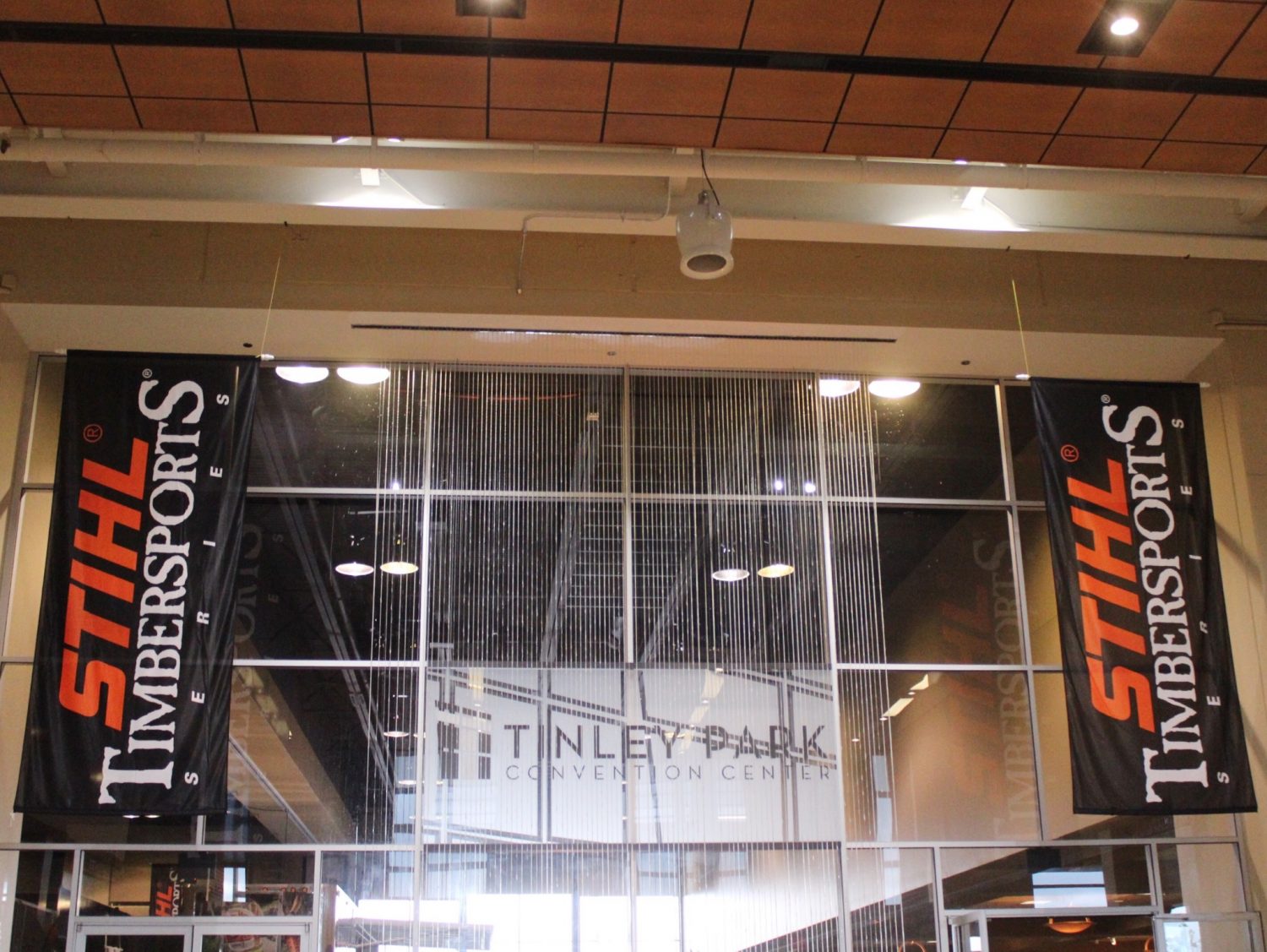 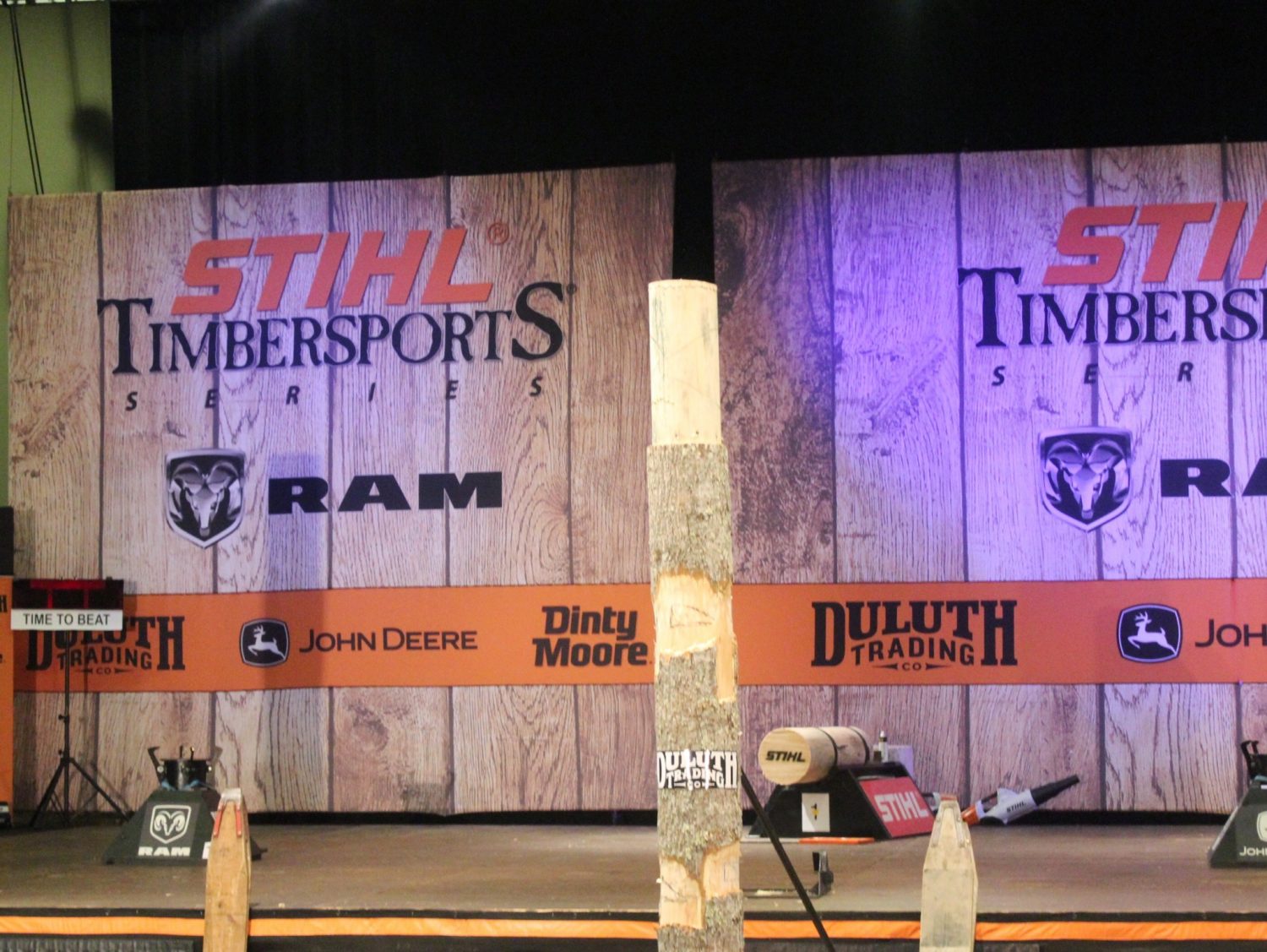 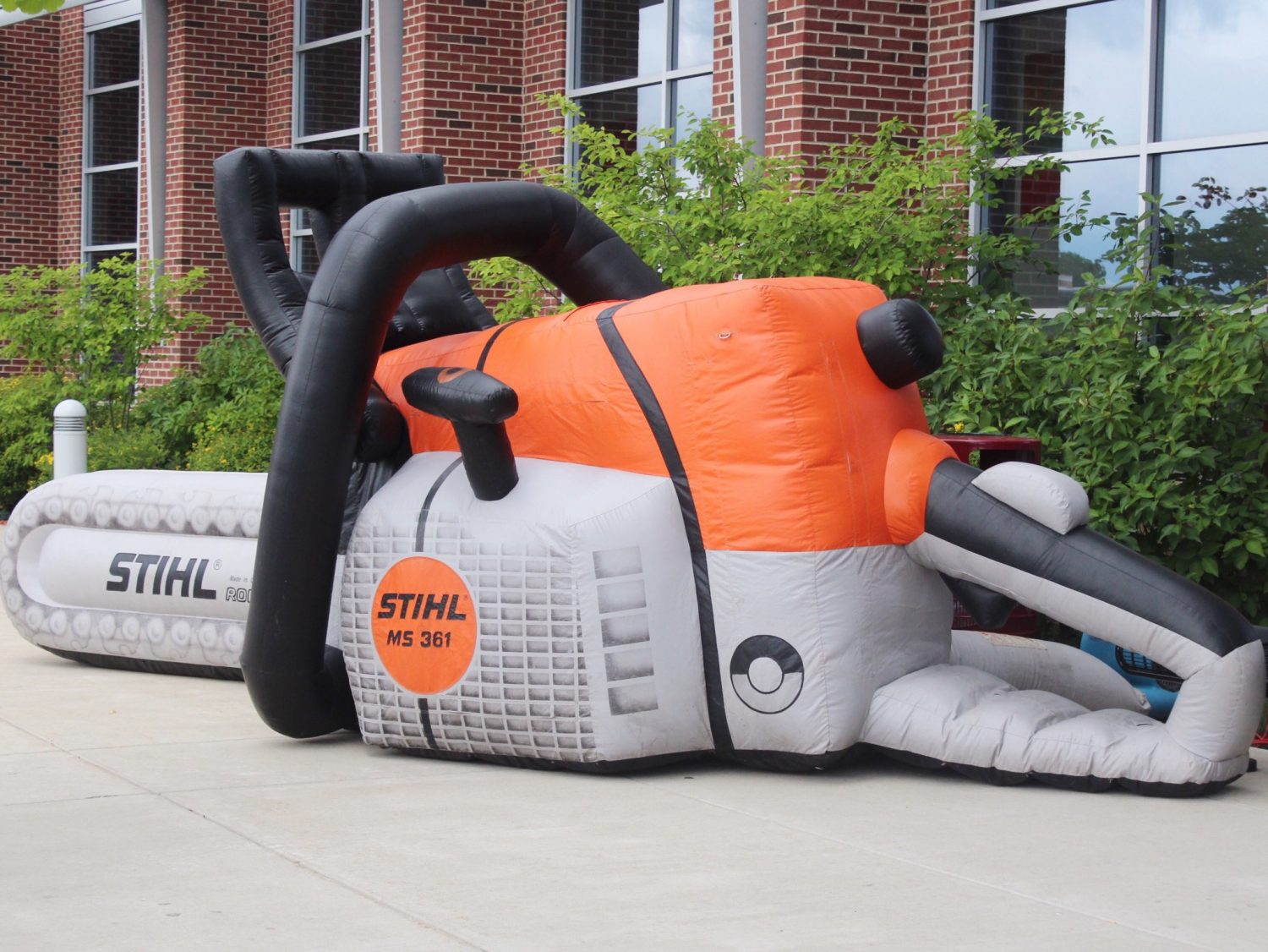 The Dinty Moore® brand‘s Lumbersexual to Lumberjack Competition took place right outside of the Convention Center before the STIHL TIMBERSPORTS Series Championship began. During the competition, the lumbersexual team—Lumber Michael, Lumber Jamin, Lumber Ben, and Lumber Ian— showcased their newly acquired lumberjack skills (and boy were they good!). 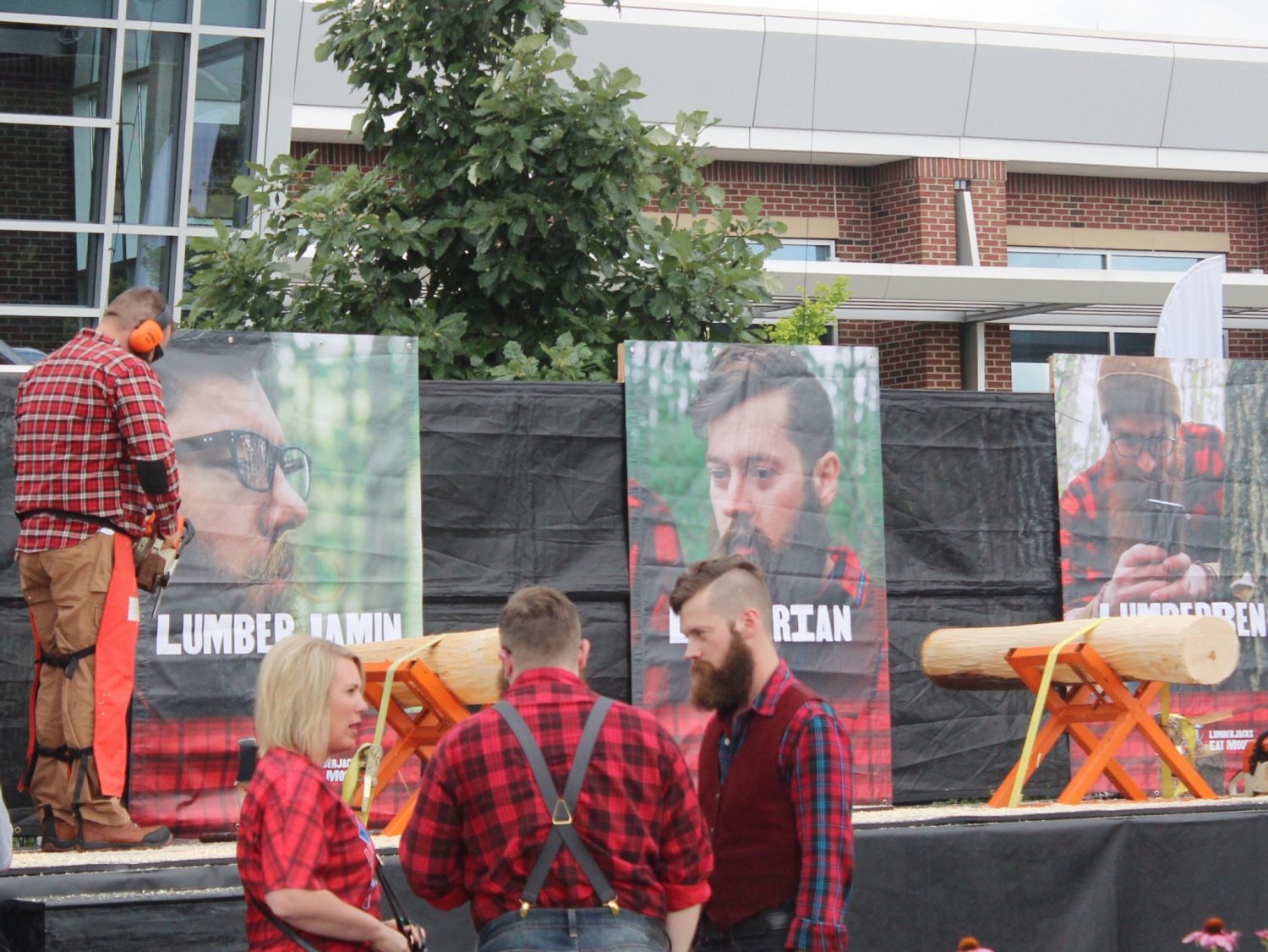 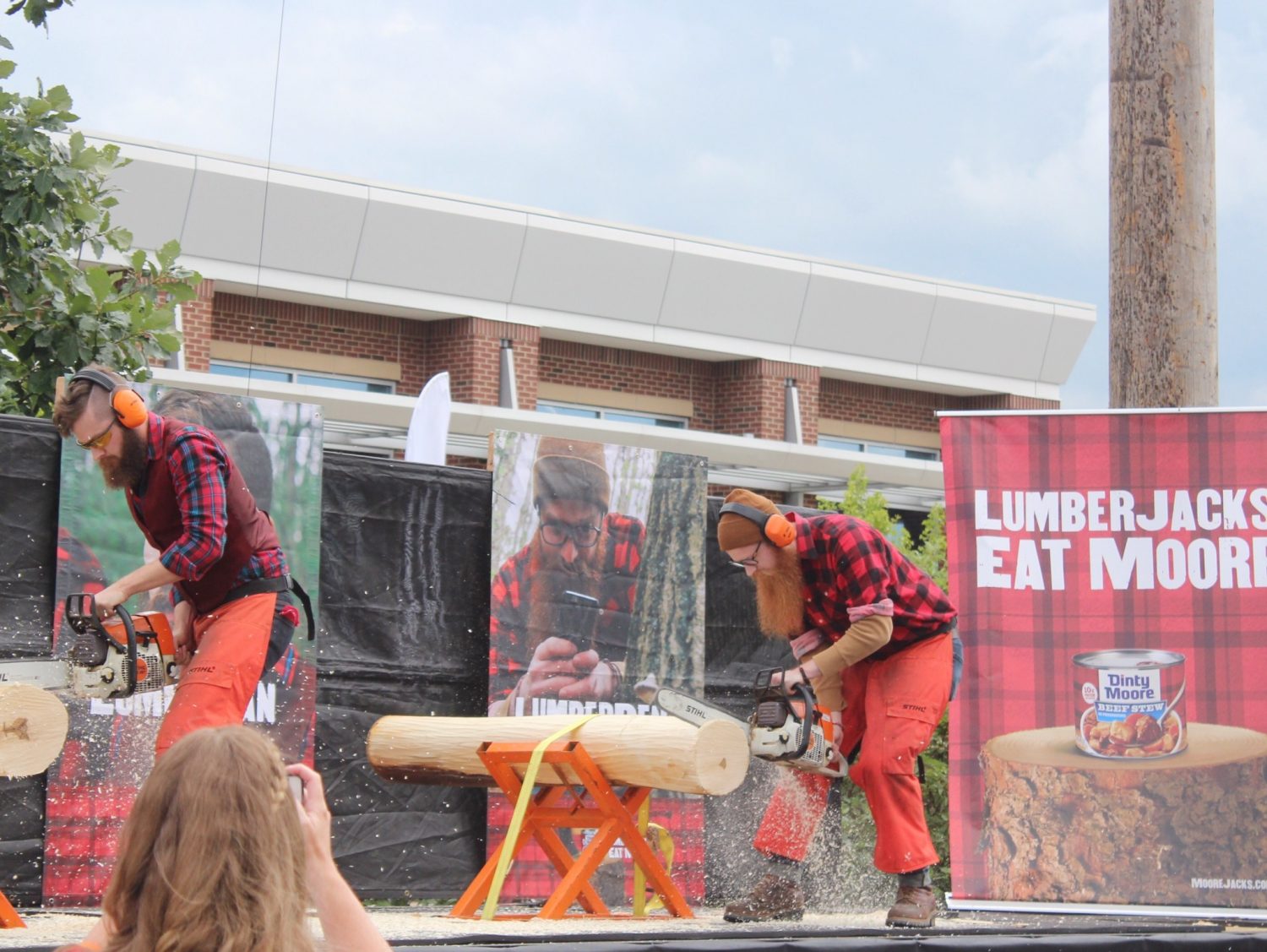 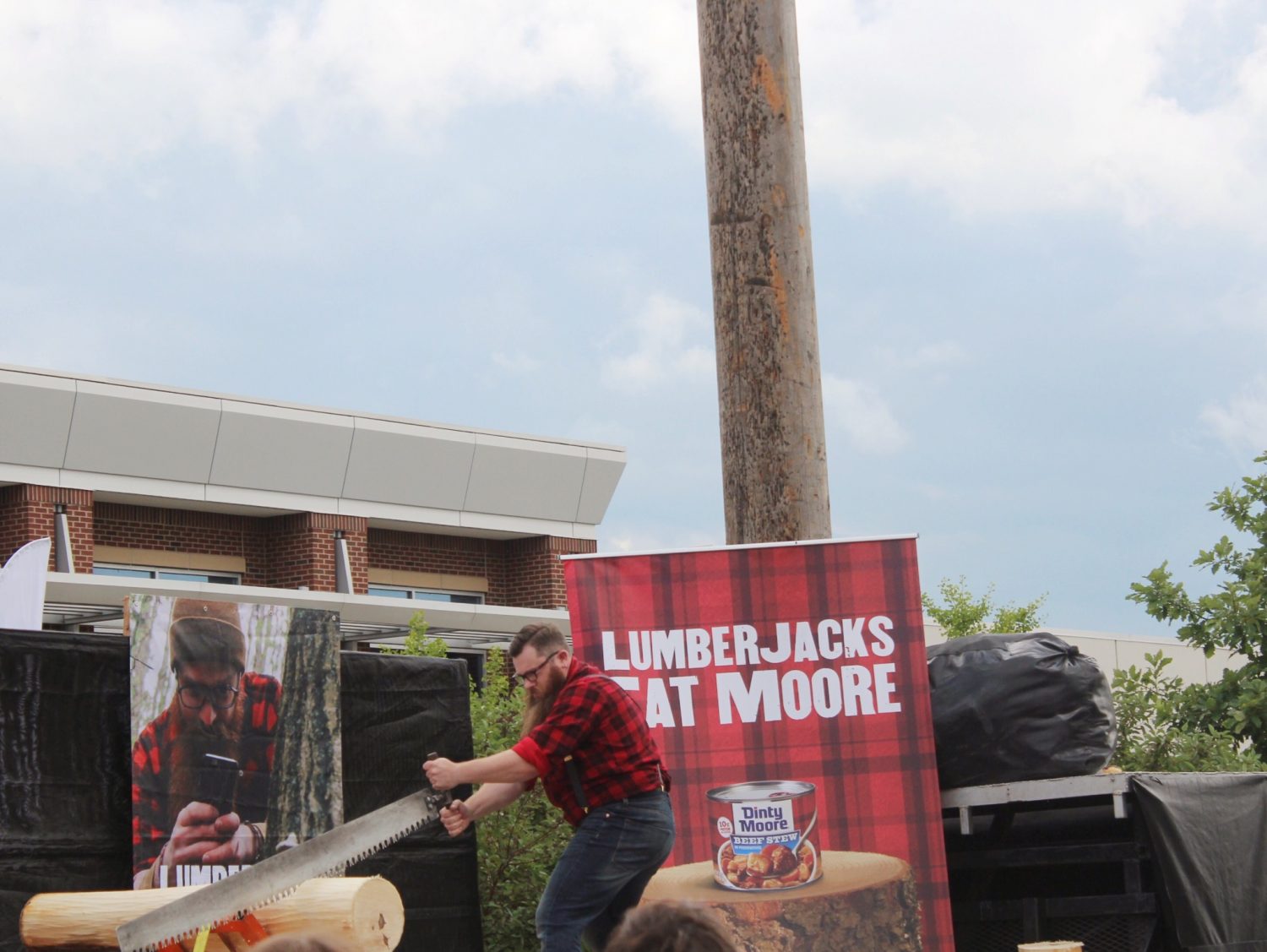 It was so much fun seeing the group of lumbersexuals showcase their newly attained lumberjack skills (looks like the competitors sure ate their share Dinty Moore beef stew!).

In the end, only one lumbersexual—Lumber Jamin—could rein supreme! What a fun event this was and a perfect way to start off the STIHL TIMBERSPORTS Series Championship. I had no idea what hard work, skills and dedication it took to be a lumberjack! Like a lot of people today, when I used to think about lumberjacks, instead of the axe throwing, wood chopping or crosscut sawing burly men of the logging world, I thought of the guys in fitted flannel and trendy lace-up boots with freshly trimmed beards aka lumbersexuals. Now I know that being a lumberjack takes more than just wearing a flannel shirt, it takes hard work and vigorous training (and of course hearty meals like Hormel Foods Dinty Moore® stew to overcome said vigorous training!).

*Special thanks to Hormel Foods Dinty Moore® brand for inviting me to the Lumbersexual to Lumberjack Competition and the  STIHL TIMBERSPORTS Series ChampionshipAs always, all opinions are my own*