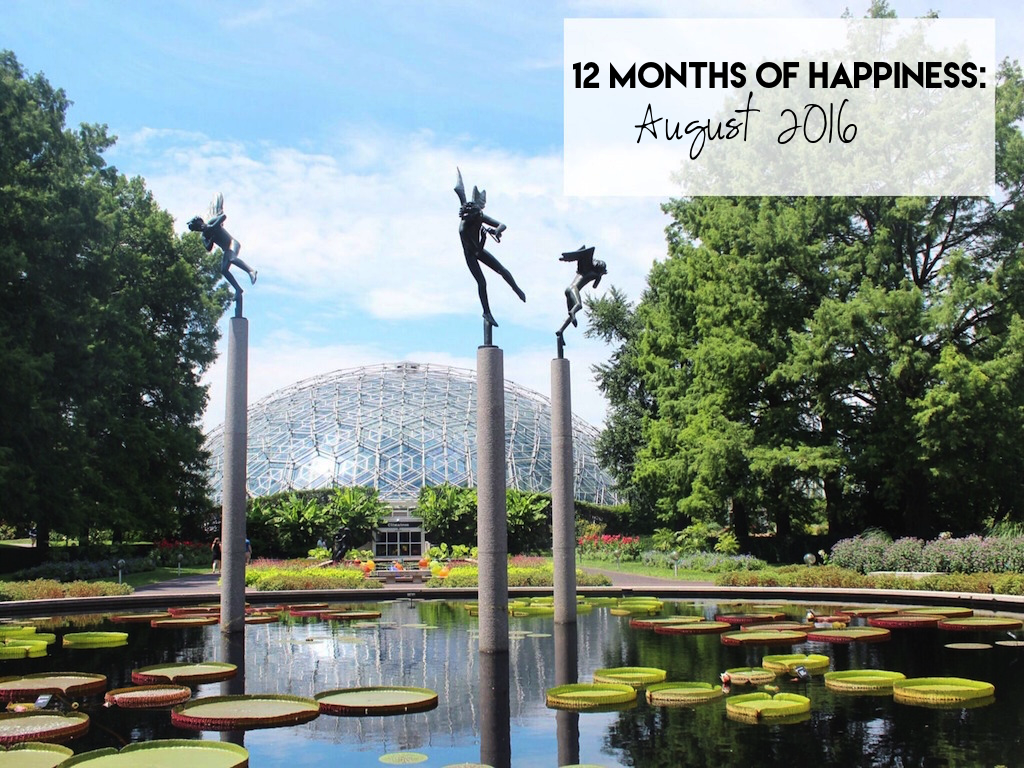 Happy Wednesday (hump day, woot woot) and welcome to the latest installment of my 12 Months of Happiness series!  I know that I say this every month but I still can’t believe how fast 2016 is zooming by?! Seriously, I can’t believe that tomorrow is September already?! If I’m being honest, I’m SUPER happy that summer is almost over because it’s my least favorite season (what can I say, I just happen to LOVE spring, fall and winter!). I don’t know about you but I can’t wait for fall to finally get here (hello cozy sweaters and breezy weather!). With that being said, this summer has definitely been one to remember! This month alone I took three super fun trips (two of which were totally impromptu/last minute adventures but aren’t those some of the best kinds of trips?). Here are some of the things that made August an amazing month: (Don’t forget to comment down below how your August went and what things made you smile this month! I LOVE hearing from you guys about what makes you happy!)

If you recall from my previous blog posts, I took an impromptu two day road trip to St. Louis right before I left for Florida and man, was it AMAZING (St. Louis is such an underrated city)! Within my two day trip, I was able to visit nine (that’s right, NINE) awesome St. Louis attractions (and a majority of them were FREE!). For more St. Louis fun, make sure to check out 9 ‘Must See’ St. Louis Attractions and my recaps of the Missouri Botanical Garden and Saint Louis Art Museum.

Oh Disney, how I love you so. If you’ve been reading this blog for a while (or follow me on Instagram or Twitter) than you already know about my LOVE for all things Disney. Since becoming an annual passholder (to Disney World, Disneyland AND Disneyland Paris) back in 2015, I’ve visited the Disney Parks 12 (holy cow that’s a lot) times! No matter how many times I’ve visited Disney (at this point I’ve lost count) I will NEVER get bored of it! There is NO other place I feel more at home at than the Disney Parks! I can’t wait to visit Disneyland in October (this will be my second time celebrating Halloween at Disneyland) and November and Disneyland Paris in December (last time I visited Disneyland Paris was during springtime so I can’t wait to see it all done up for the holidays!).

Here’s a few other things that made me happy in August:

I can’t believe tomorrow is September?! What made you happy in August?
Make sure to check out the entire 12 Months Of Happiness series HERE!