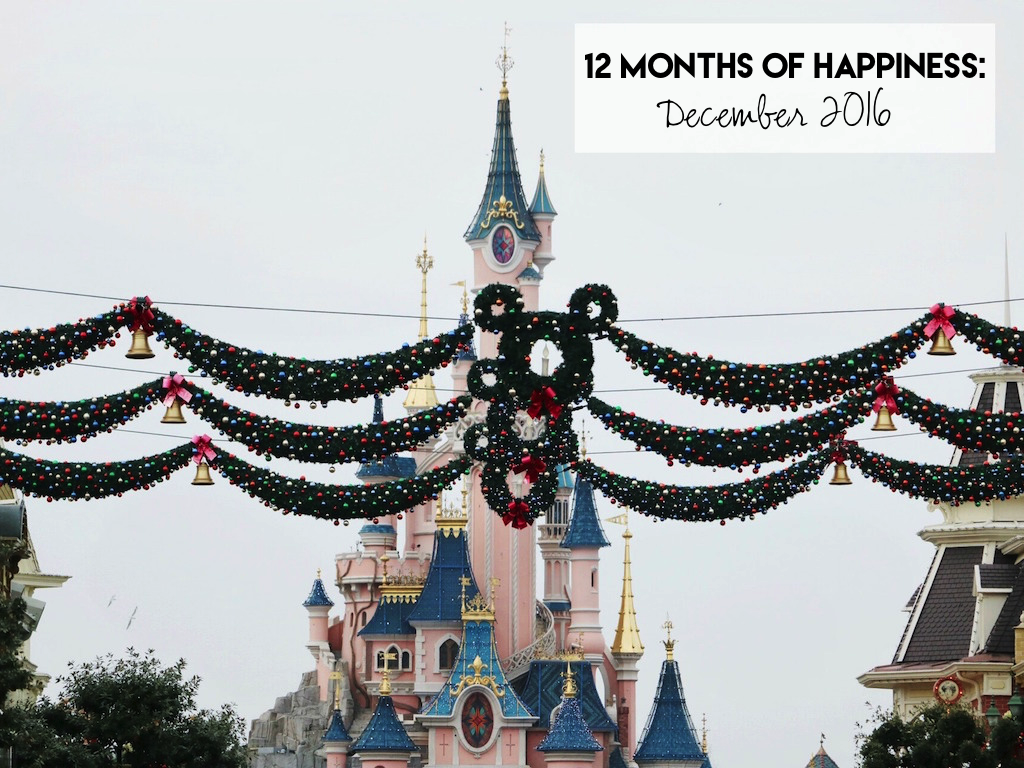 Happy Friday and welcome to the latest installment of my 12 Months of Happiness series! Although I’m still currently in Paris at the moment, and I usually don’t like to blog while I’m away on vacation, I couldn’t end the year without finishing off my 12 Months of Happiness series (don’t worry, this series will be back in 2017 for its THIRD year here on the blog!). I can’t believe that there’s only one more day until 2017?! Man, did 2016 fly by! Although there were a few bumps along the way, 2016 shaped up to be a pretty good year. Travel wise, 2016 was AMAZING! I visited Disneyland and Disney World (aka my second homes) multiple times, I got to visit Paris (and Disneyland Paris) TWICE (which I NEVER thought would be possible) and I went on my first ever cruise (to the Bahamas!). Yup, 2016 you were a-okay in my book! Here are some of the things that made me happy in December (Don’t forget to comment down below how your December went and what things made you smile this month!)

This month I was invited to six different advance movie screenings: Sing (which I wasn’t a big fan of), La La Land (which I LOVED), Passengers, Why Him?, A Monster Calls (so good) and Office Christmas Party. I’ve talked about this on the blog before but I’ve wanted to be a film critic since I was a little girl (although know I’m more into screenwriting), so constantly being invited to different screenings always puts a smile on my face. I used to write film reviews here on the blog but I haven’t written on in a while, maybe I should start doing them again in the new year?

Although this wasn’t my first time visiting Disneyland Paris (I also visited in April for my birthday), this was my first time visiting during the winter time! As you all know, I LOVE the Disney Paris during the holidays (and I usually spend each Christmas at Disney World) so it was extra fun to be able to experience Disneyland Paris during Christmastime. I LOVED getting to see all the Disney characters in their adorable winter attire (since it’s pretty cold in Paris as opposed to California and Florida, they all wear the cutest little coats!). I can’t wait to share more holidays photos from Disneyland Paris soon!

Words can’t describe how much I love Paris! It’s just such a gorgeous city. When I first visited Paris back in April, I immediately knew I HAD to visit again ASAP (hence why I’m here again only eight months later!).  I have a few more days left here in Paris and I can’t wait to explore the city even more!

Here’s a few other things that made me happy in December:

I can’t believe it’s almost January/2017?! What made you happy in December?
Make sure to check out the entire 12 Months Of Happiness series HERE!