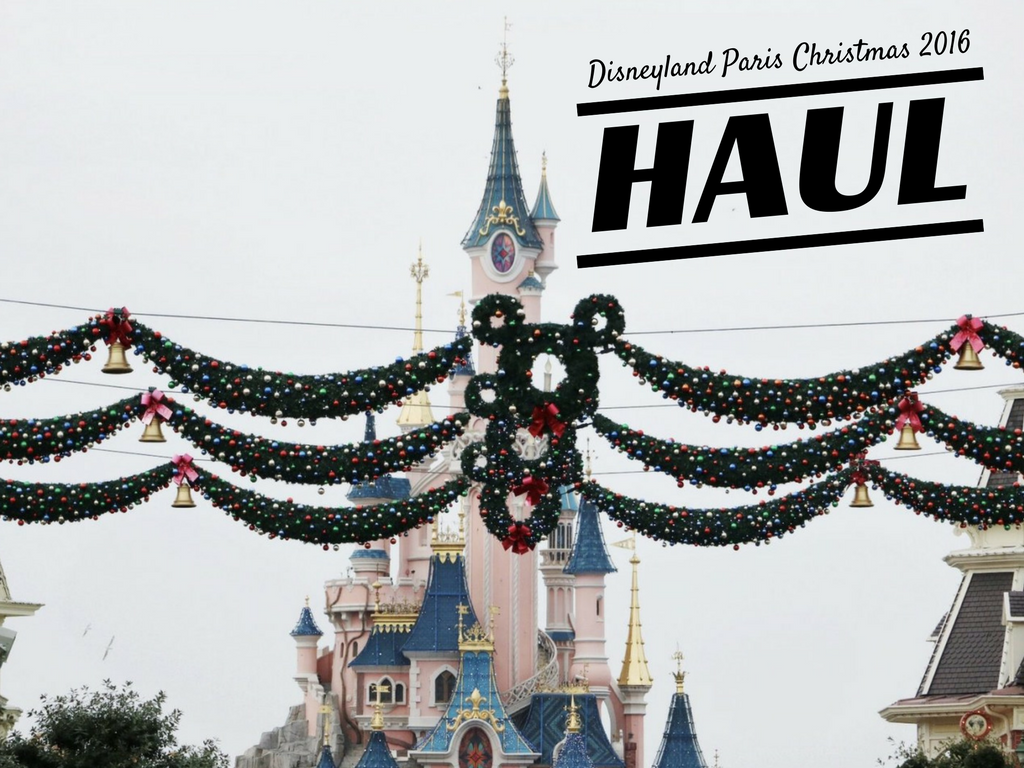 Happy Friday! It’s a new month (and new year), which means it’s time for a new Disney Haul! Since I recently shared some of my favorite photos from Christmastime at Disneyland Paris and Walt Disney Studios Park, I thought today would be the perfect day to share my latest Disneyland Paris haul! Speaking of the Disney Parks, I’m heading to Disney World this weekend (in a few hours actually) to check out the first ever Epcot International Festival of the Arts and I’m so excited! If you’re a Disney (or Universal Orlando, since I’ll be visiting there too) lover, like me, or if you’re curious about the Epcot International Festival of the Arts, make sure to follow along on Instagram and snapchat (simplysinova)! Since I went a little over board the last time I visited Disneyland Paris (you can check out that haul here), I really didn’t get that much stuff this time (to be honest, there wasn’t that much more new merchandise since my last visit). Since I didn’t get that much at the parks (this is definitely one of my smallest hauls), I decided to also include the few things I got while I was in Paris (aka non-Disney items). Like I say in all my Disney Haul posts, a quick disclosure: since I am a Disneyland Paris annual passholder (that’s right, I’m currently an annual passholder to Disneyland Paris, Universal Orlando Resort, Disneyland AND Disney World), I get a pretty good discount on merchandise (20% off, woot woot!). Here’s my Disneyland Paris Christmas Haul: 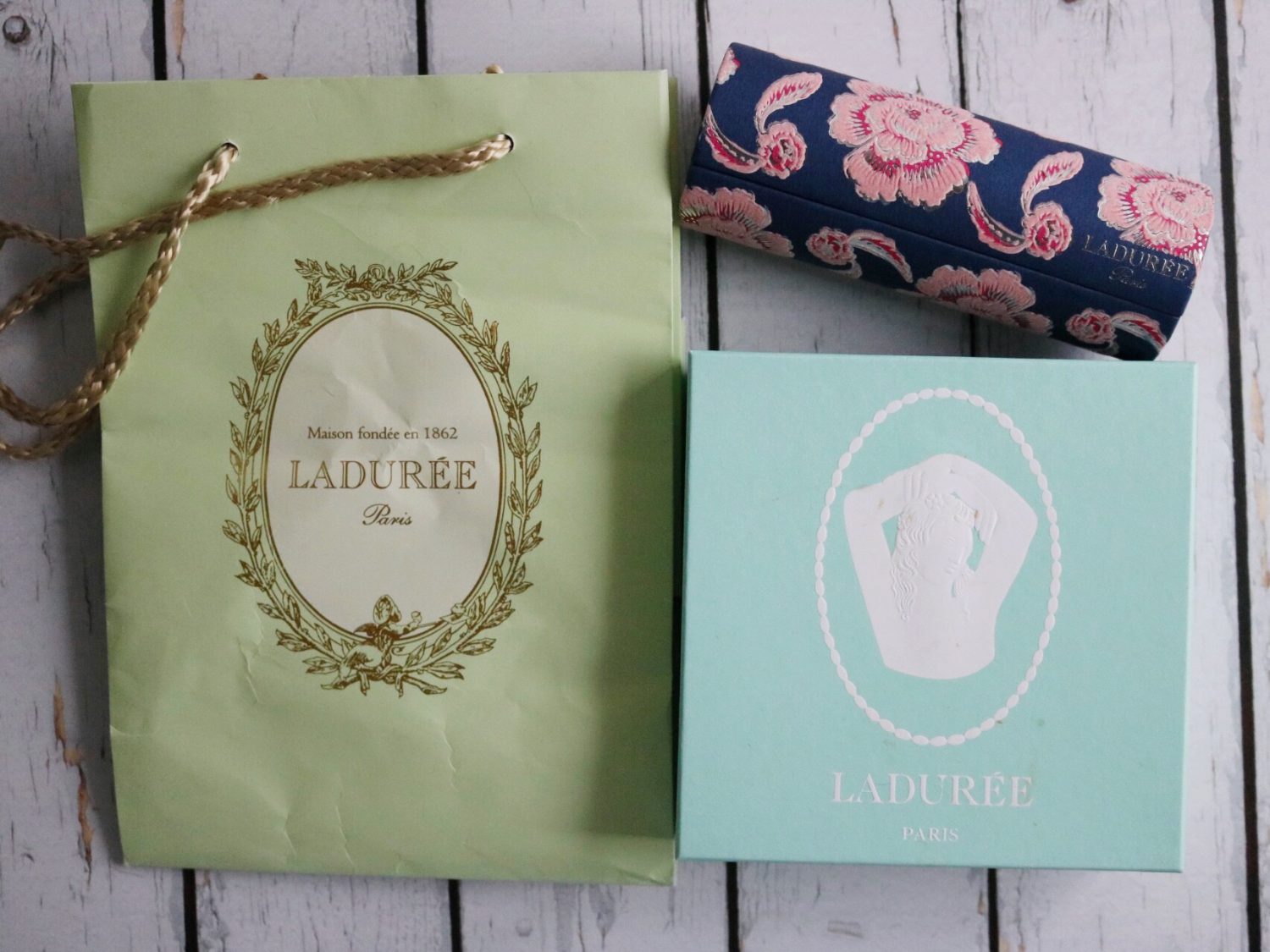 Since I only got a handful of things outside of Disneyland Paris, I’ve decided to first share what I got in Paris. Of course no trip to Paris is complete without a trip (or two) to Ladurée. I visited Ladurée twice during my trip, once during the beginning of my trip and again on the last day of my trip (so I could take some home!). 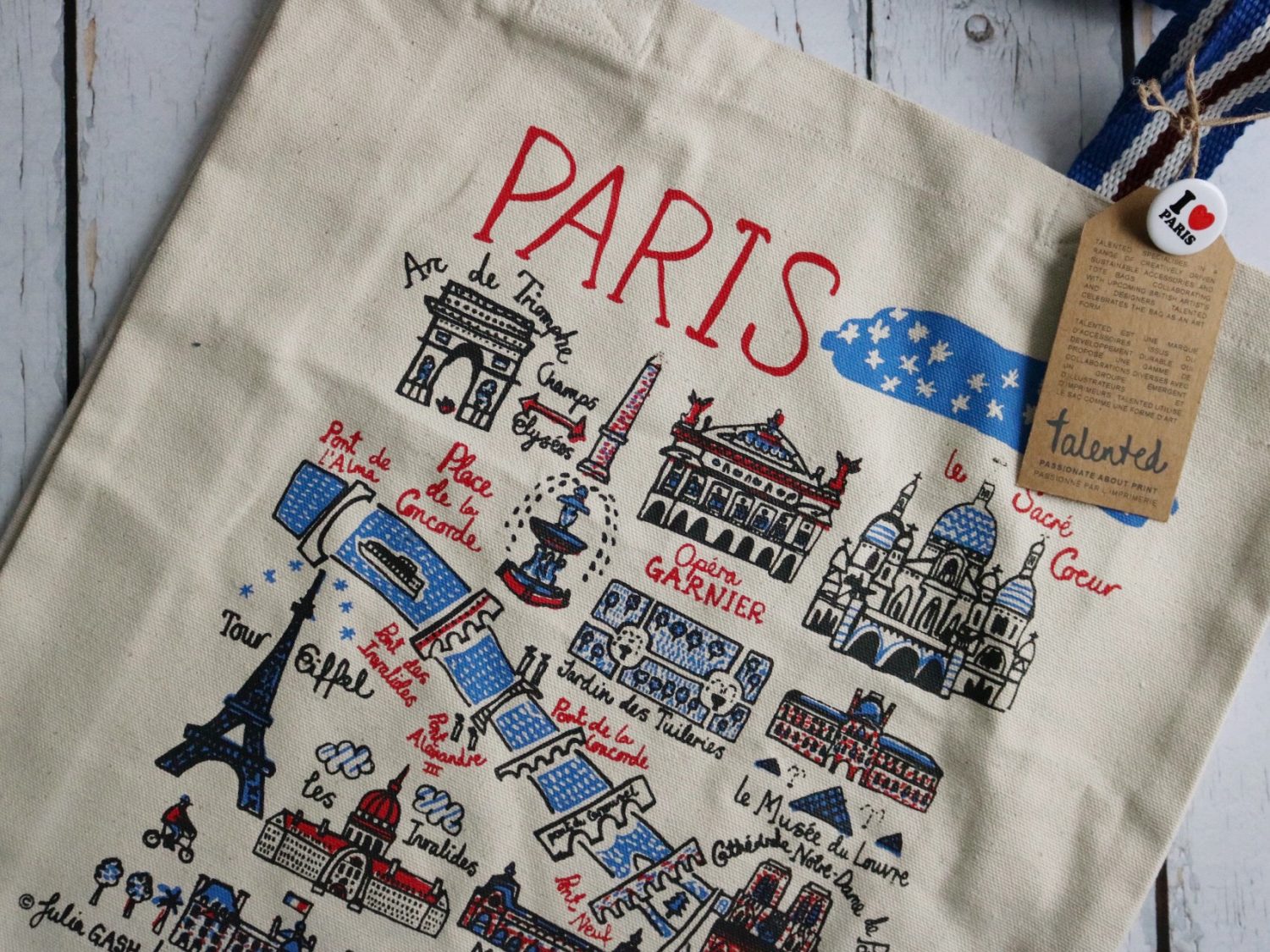 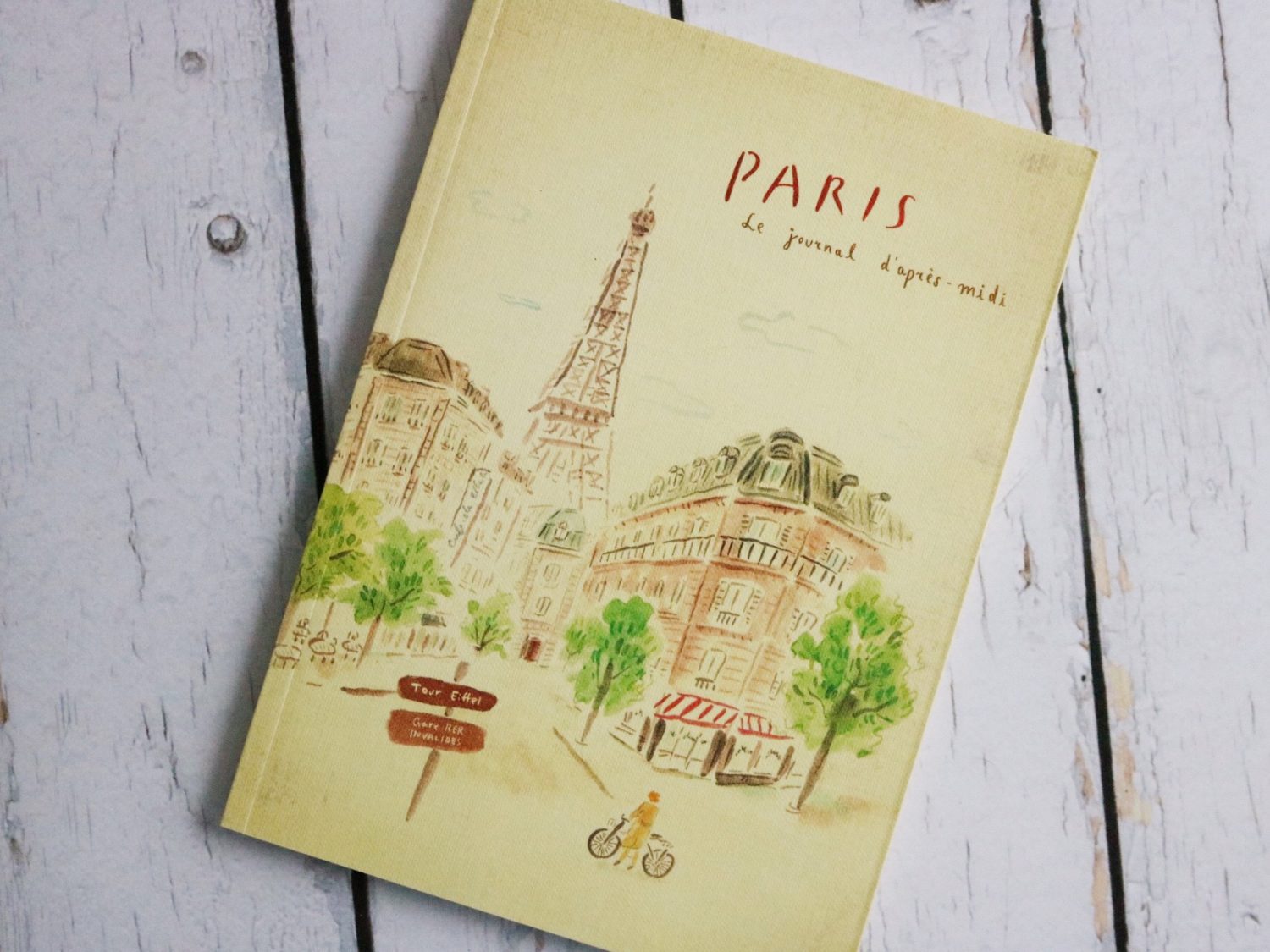 I got an adorable Paris tote bag and journal from the gift shop inside the Arc de Triomphe. I am so in love with this journal. Each page has a different little illustration on it! 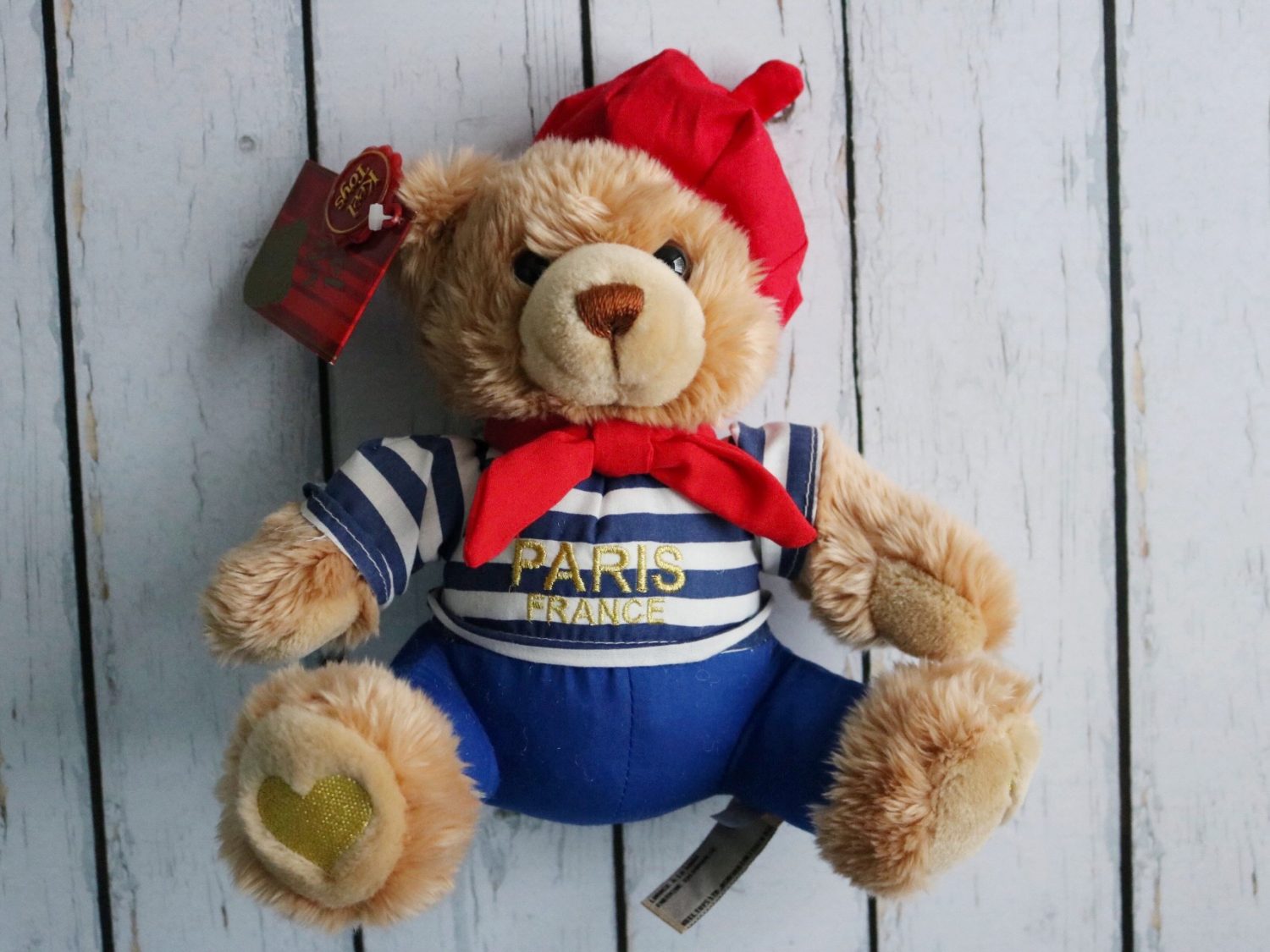 The only other thing I bought in Paris was this adorable little teddy bear! 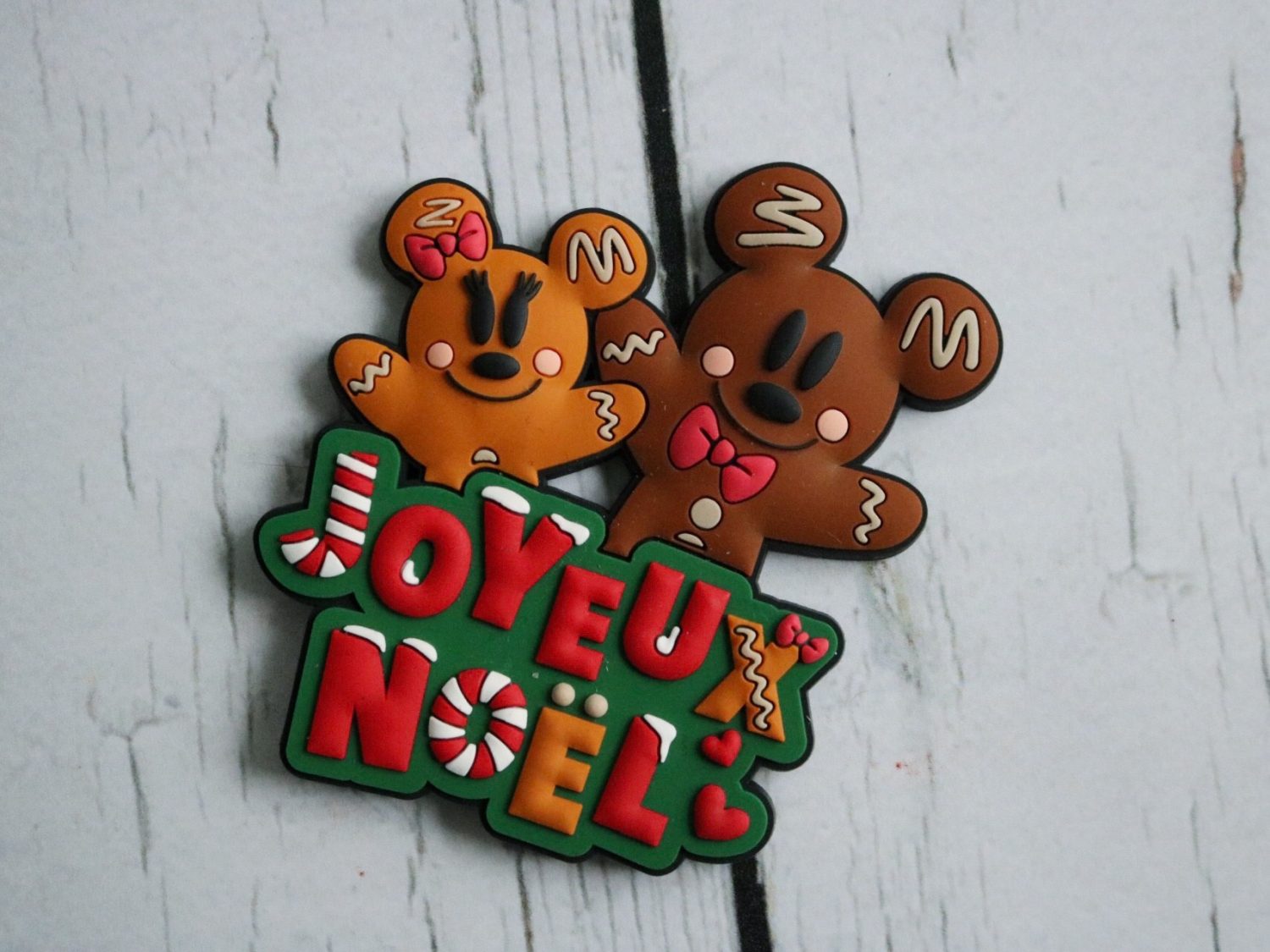 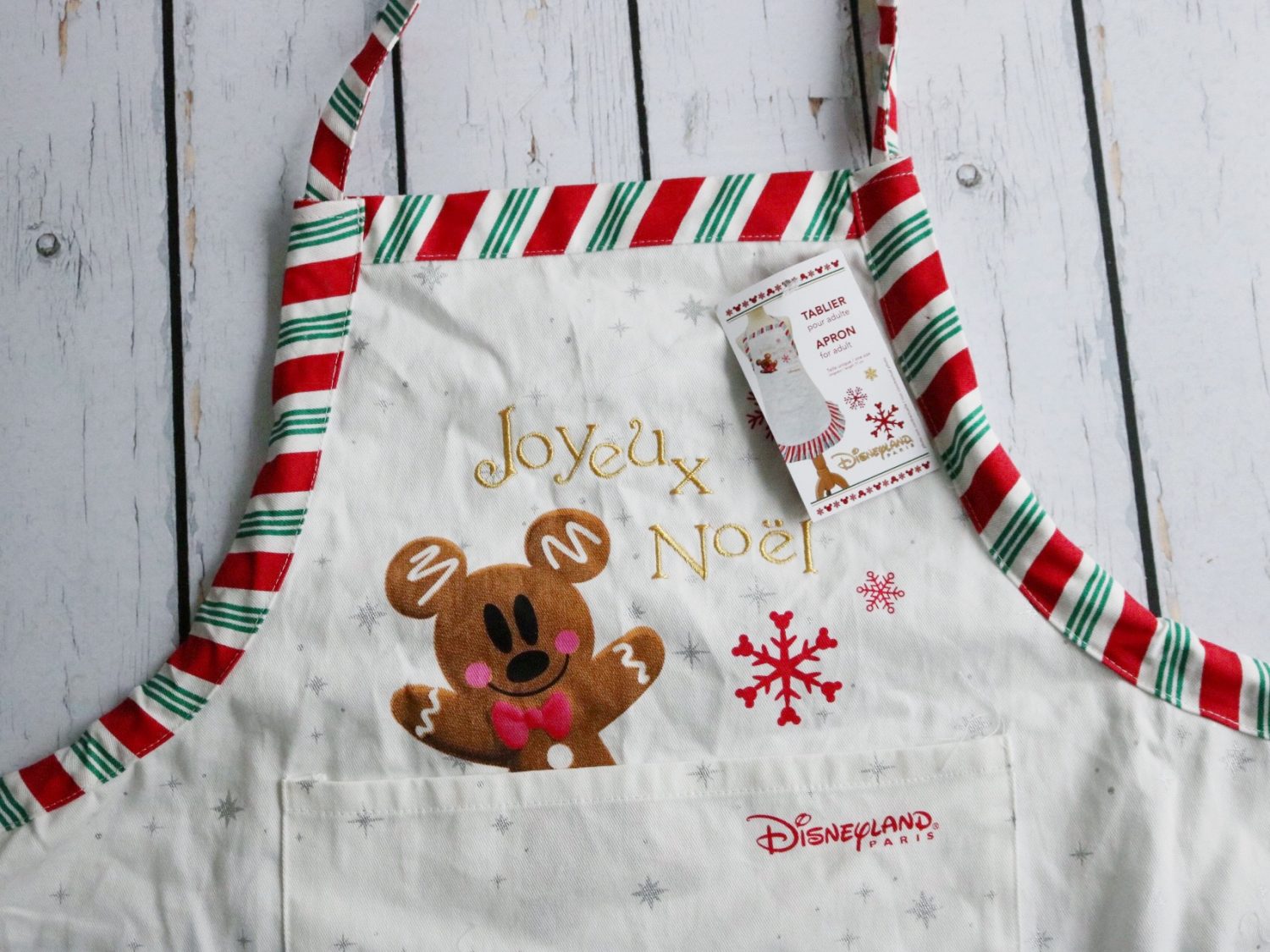 One of my favorite things about Christmastime at Disneyland Paris was all the adorable Mickey Gingerbread merch (sadly the gingerbread plushies sold out in early December/before my trip)! How cute is that magnet and apron (I’ve wore that apron at least twice already. What can I say, I like to bake!). 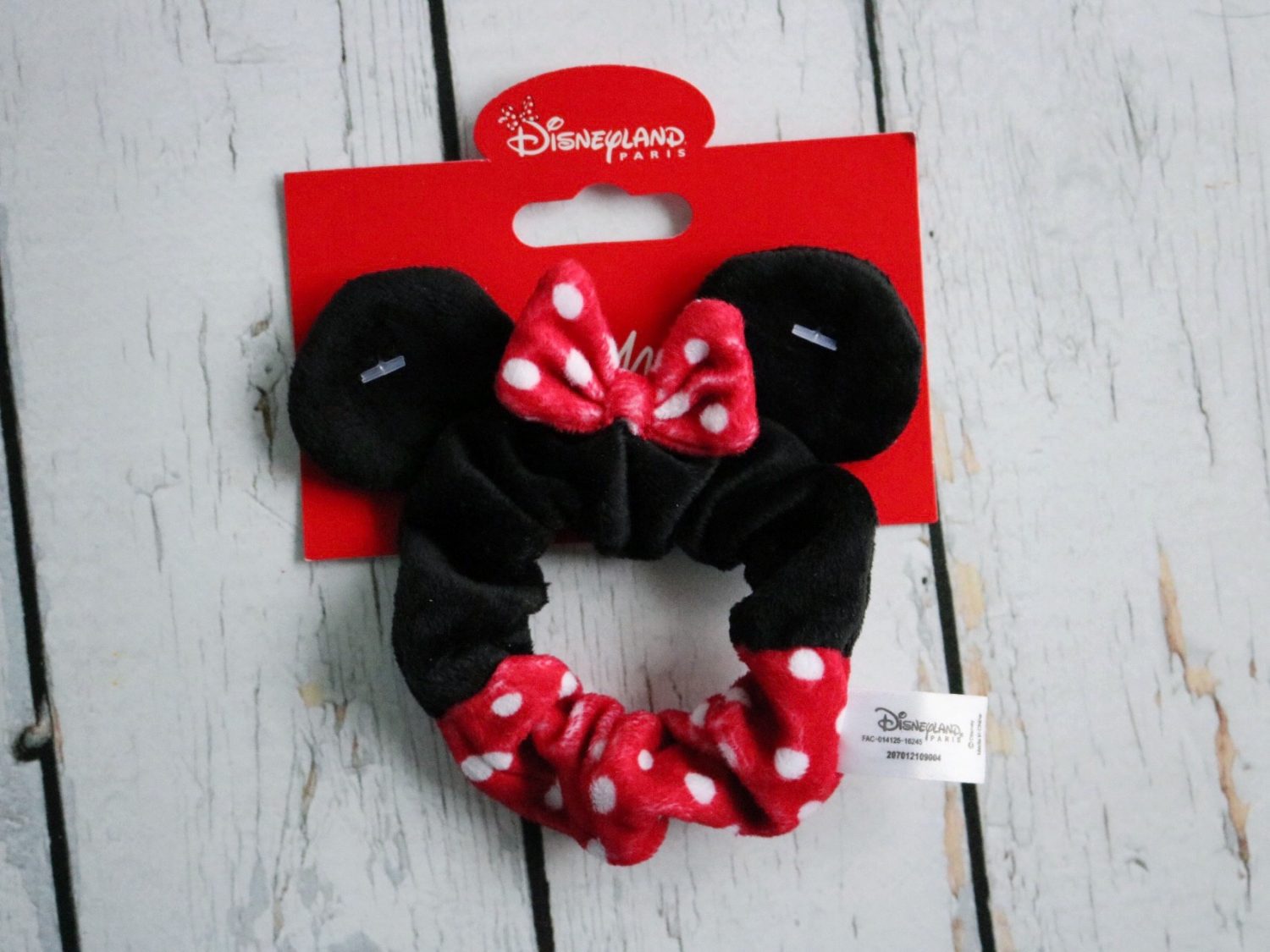 A Minnie Mouse scrunchie? YES PLEASE! I am obsessed with scrunchies (where my 90s kids at) so I couldn’t say no to this adorable Minnie one. 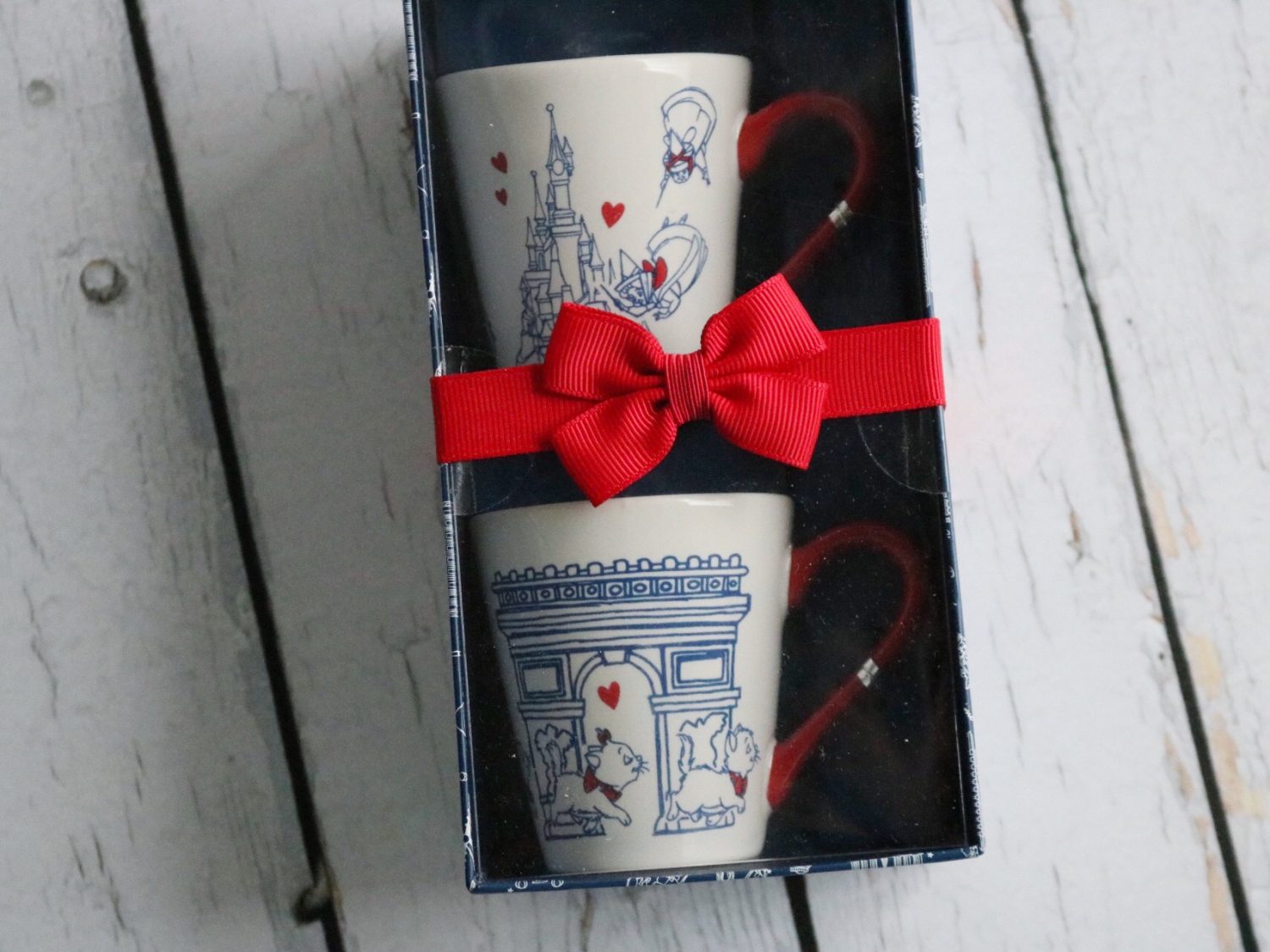 Look familiar? This Disneyland Paris Cityscape Espresso Cups set made an appearance on my April 2016 Must Have list but I ended up not getting it in April when I first went to Disneyland Paris, so I knew I had to get it this time (and it was on sell for €7!). 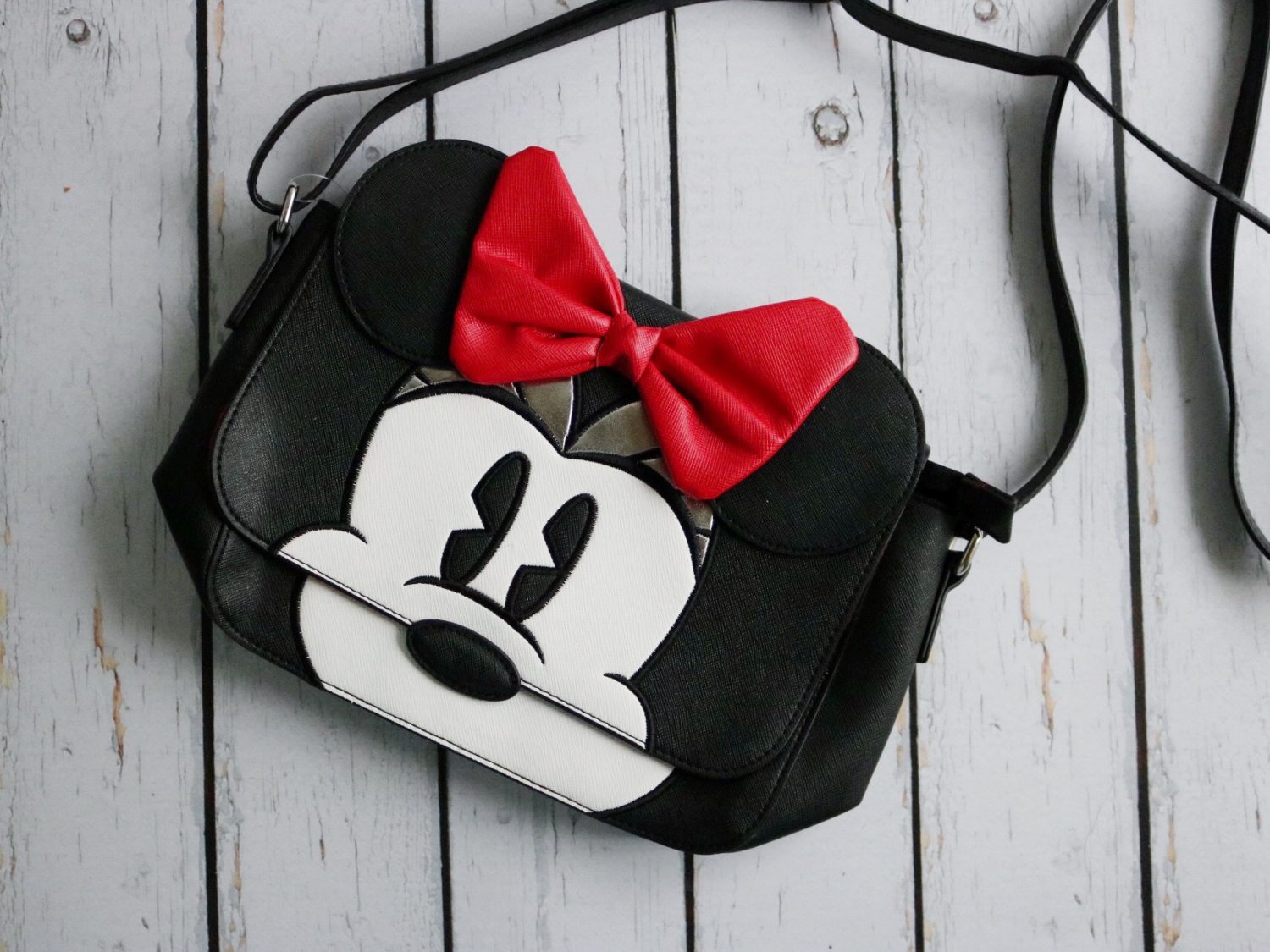 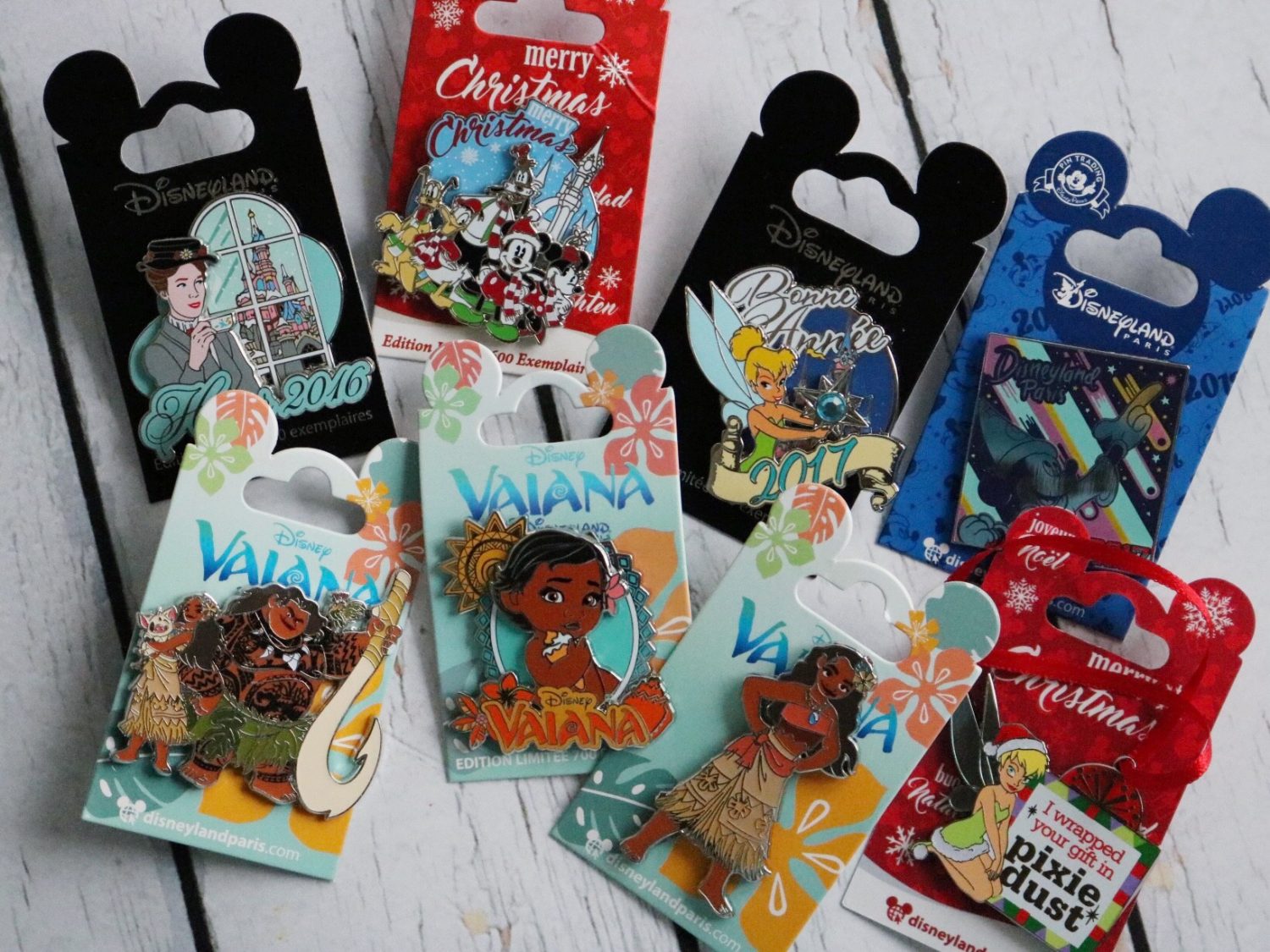 I got a BUNCH of cool pins while I was at Disneyland Paris! 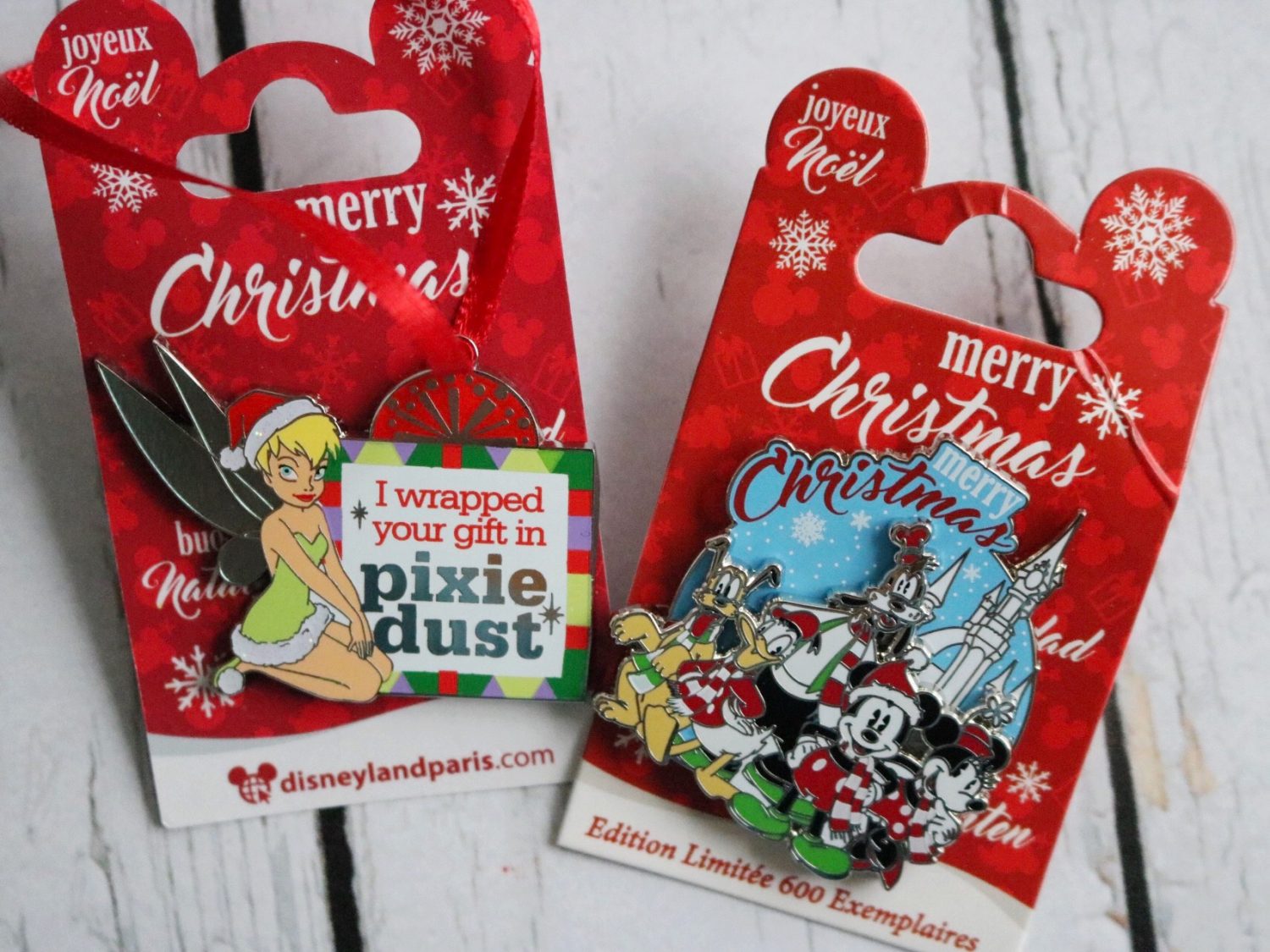 I got two Christmas pins: a Limited Edition (or LE) “Merry Christmas” pin and a regular “I wrapped your gift in pixie dust” Tinker Bell Christmas pin. 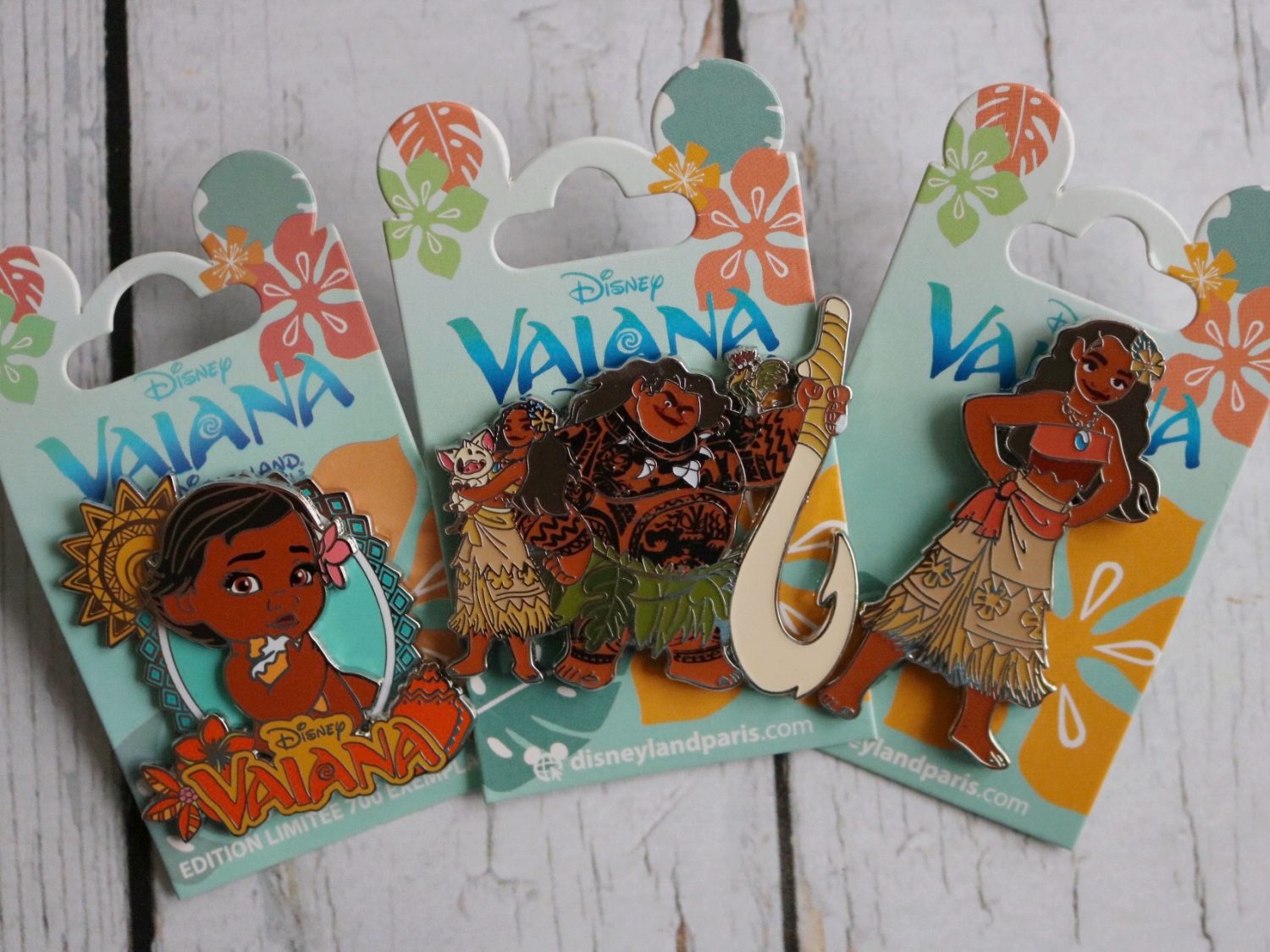 I am OBSESSED with Moana at the moment (I’m so bummed it didn’t win the Golden Globe, although I loved Zootopia too) so of course I had to get three Moana pins! The baby Moana pin on the left is an LE pin (I got the LAST one, woot woot) and the other two pins are just regular pins (meaning there’s an unlimited supply of them). You might notice that these pins say “Vaiana”, that’s because that’s what the French version of the film is called. Since I got the spring 2016 LE Mary Poppins pin back when I visited Disneyland Paris in April, it only made sense to get the winter 2016 Mary Poppins LE pin as well! 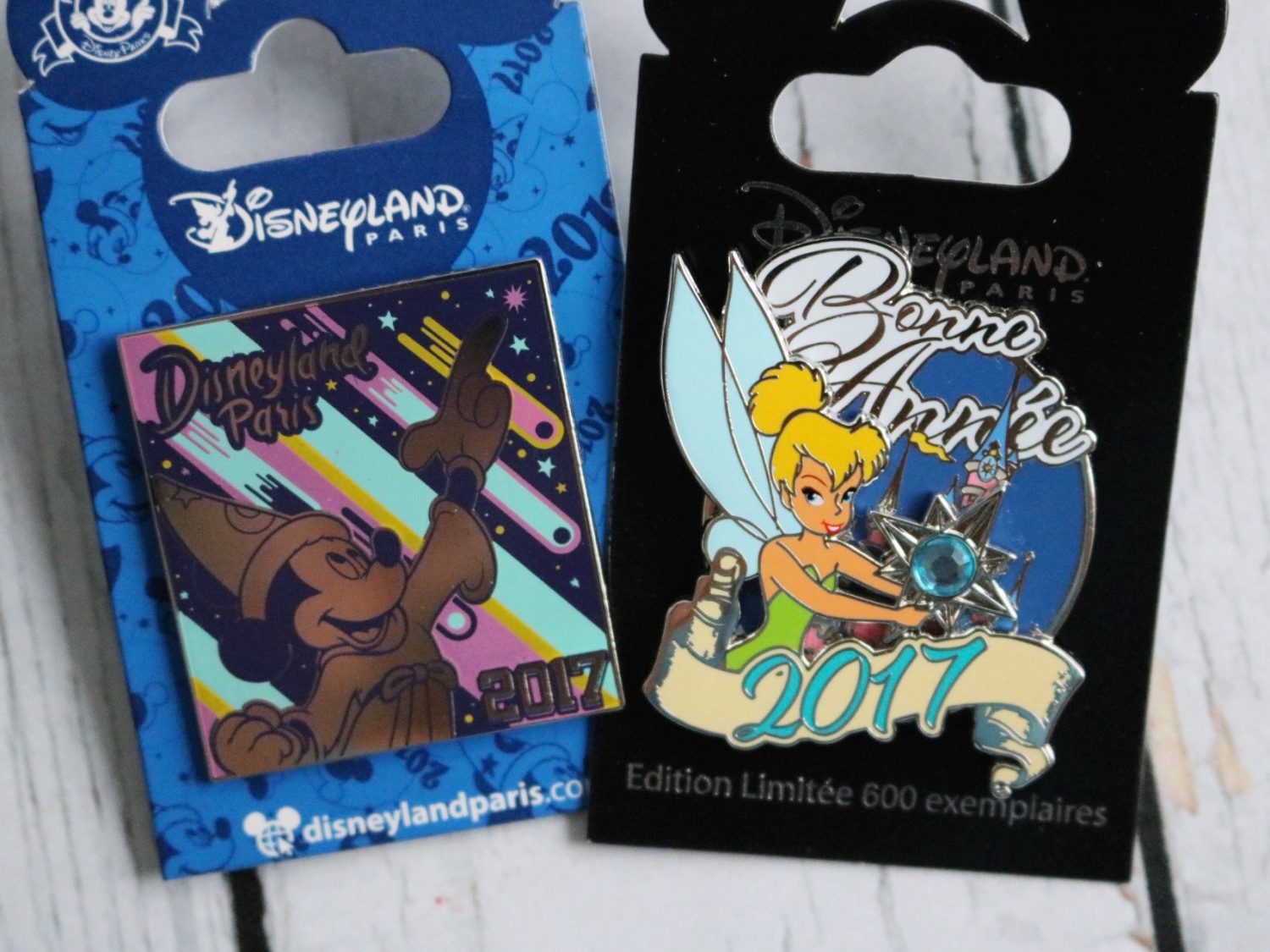 The final pins I got were two Disneyland Paris 2017 pins (the Tinker Bell pin is an LE and I got the very last one!). 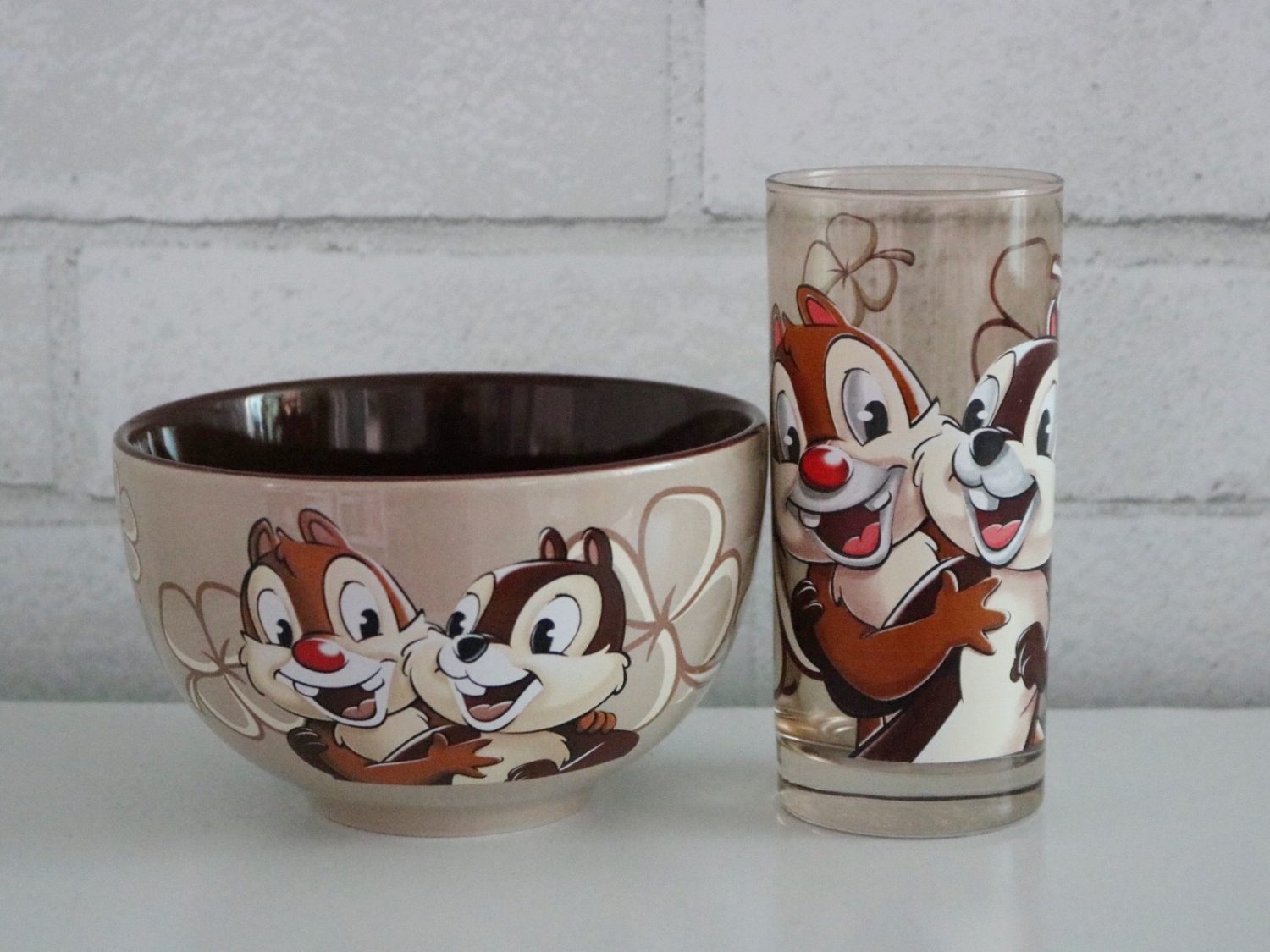 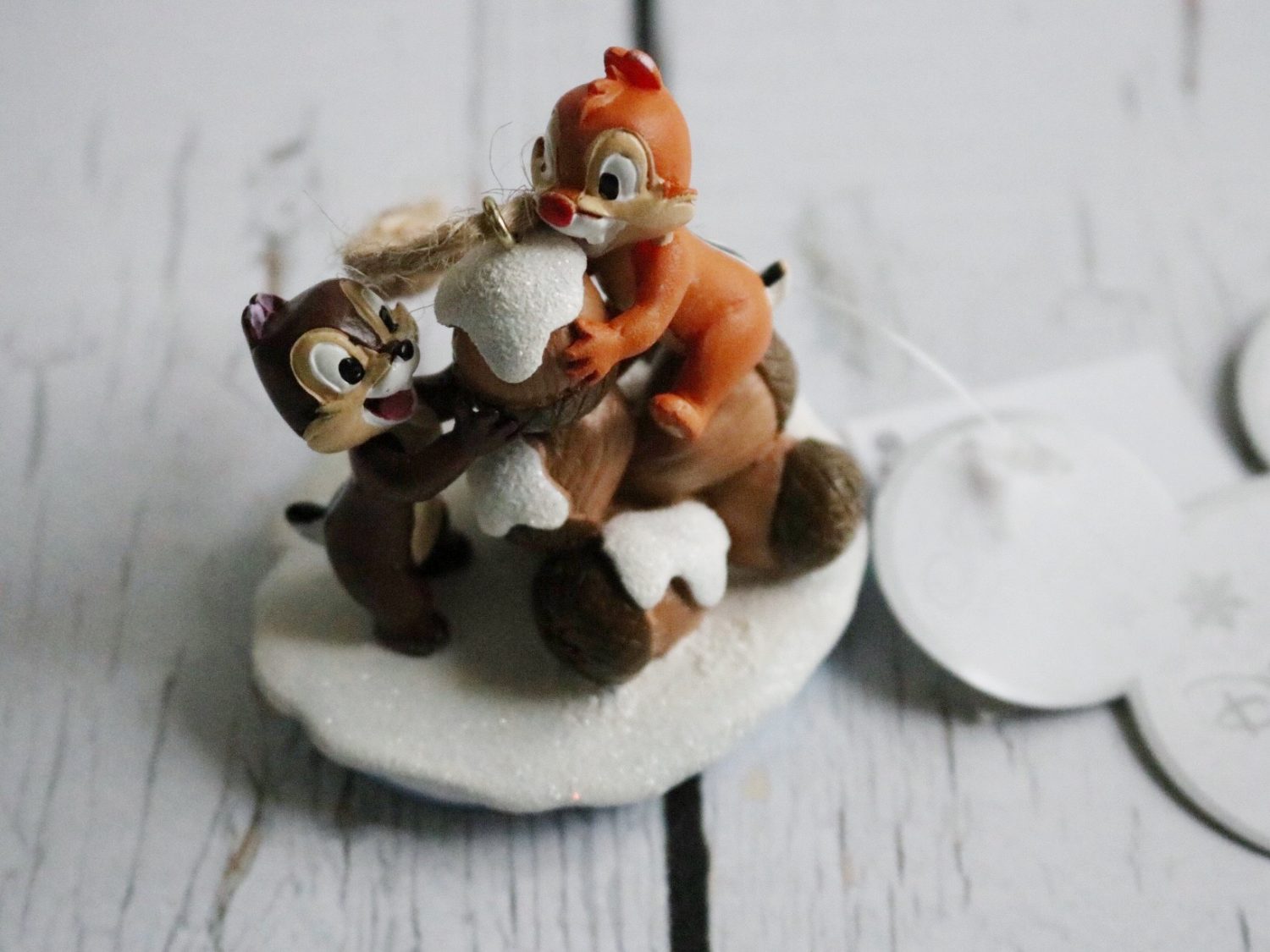 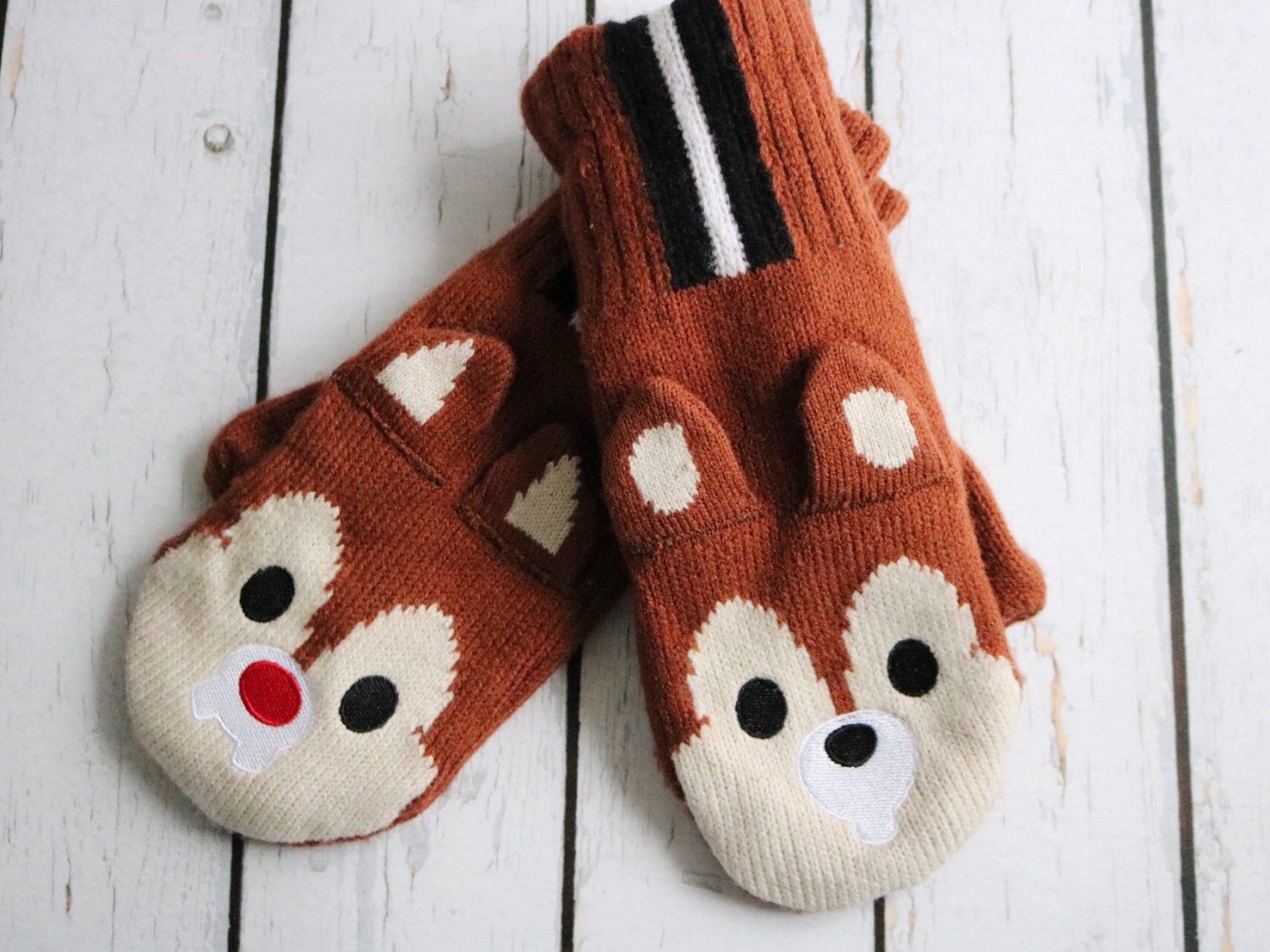 You know it wouldn’t be a Disney Haul without Chip ‘n Dale (aka my FAVORITE characters) merch! I got an adorable Chip ‘n Dale cup and bowl set (the set was sold separately), a Chip ‘n Dale Christmas ornament (for some reason it looks chipped in the picture but it’s not) and the most ADORABLE Chip ‘n Dale mittens I have EVER seen (those things definitely came in handy during my trip!). 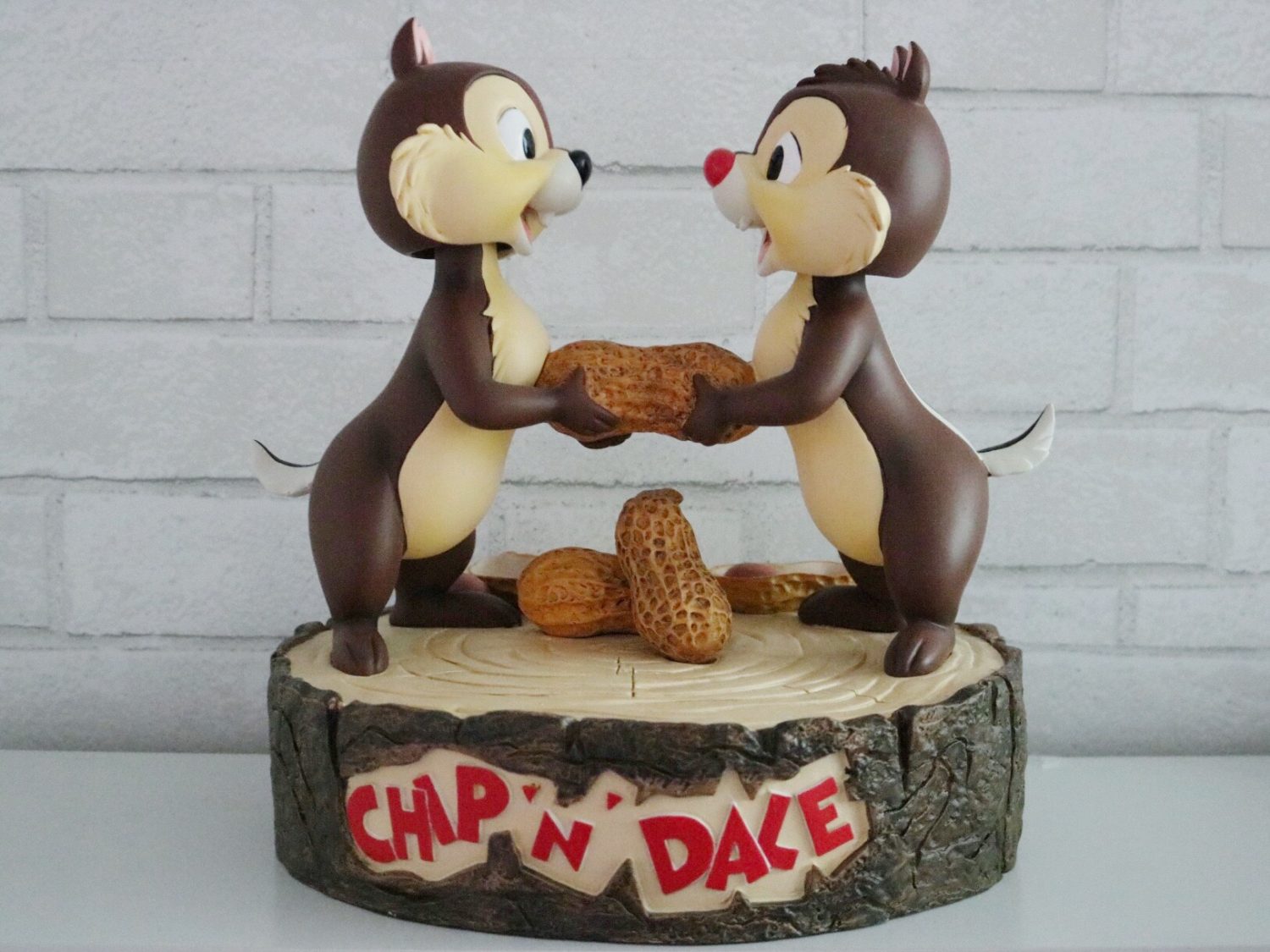 The final thing I got at Disneyland Paris was this HUGE Chip ‘n Dale Figurine. If you couldn’t tell from the photo, this thing is massive (it’s literally the size of a small carry on luggage!). Since it was so big (and it came in a oddly shaped square box), the people at the airpot wanted me to check it (since they didn’t think it would fit in an overhead bin) for $100. $100?! Mind you, that’s MORE than I paid for it (with my 20% annual pass holder discount this awesome figurine was only €80!). After a little (polite) back and fourth with the lady, we decided to just try and stuff it in an overhead bin however we could (meaning, if we had to open it and take it out of the box and protective foam we would. There was NO way I was paying $100 to check it!). Long story short, it didn’t fit in the overhead bin so the nicest flight attendant ever decided to put it in the front of the plane were the flight attendants keep their bags!