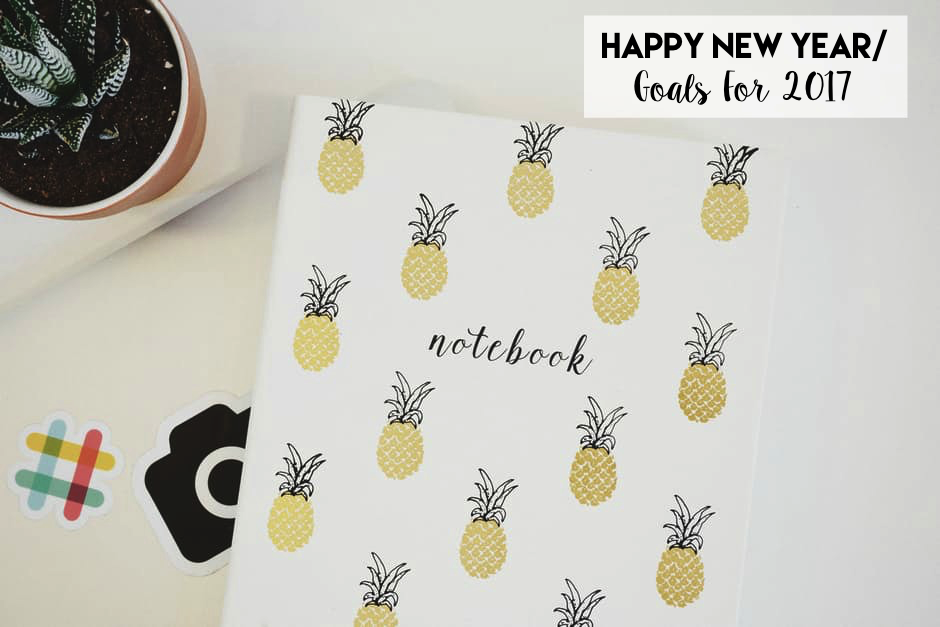 As some of you can already tell from my various bucket lists, my 12 Months of Happiness series and my Must Have monthly series, I LOVE coming up with lists! It’s just so much fun jotting down ideas and making lists (and then crossing off all the things on the list!). Since I just got back from Paris and it’s the first week of 2017 (I still can’t believe how fast 2016 flew by), I thought today would be the perfect time to share with you all some of my goals for the new year. I’ve never been one for resolutions, I prefer setting goals for myself. That way, there’s less pressure if things don’t work out exactly how I planned (unlike resolutions, where I feel so stressed to achieve them!). As some of you might remember, last year I had three main goals which were to travel more, grow my record collection and have more “technology free days.” I definitely achieved my goal of traveling more! I went to Paris TWICE, Amsterdam (it was only for one day but it still counts), the Bahamas, Washington D.C., St. Louis, Indiana and California and Florida several times (to visit Disneyland and Disney World!). I’m also happy to share that my record collection grew a lot in 2016 (I know I always say I’m going to post more about my record collection/collecting records and I PROMISE I am soon. I actually have a lot of fun ideas planned for that) and I definitely had more “technology free” days this year (especially toward the end of the year)! Keeping with the theme of 2016, this year I came up with three goals I really hope to achieve in 2017:

1. Travel More. Just like I said last year (and every year), my goal is ALWAYS to travel more. So far, I have trips planned for Disney World and Universal Studios (aka Florida) in March, Las Vegas in April, Disneyland in July (aka California) and then back to Disney World and Universal Studios in August. I’m also planning on possibility visiting New York City sometime in the fall and Tokyo in December (for Christmas)! Although, as you guys know, I’m ALL about spontaneous plans (like that time I randomly flew to NYC to see a live taping of SNL) so who knows what other trips I’ll end up taking this year!

2. Get Out of My Comfort Zone. I’m definitely an (extreme) introvert and it’s really hard for me to (quickly) come out of my shell, especially around new people. When I took my first solo trip to Miami back in 2014 and my most recent solo trip to the Bahamas, I was forced to get out of my comfort zone more and you know what, I LOVED it. This year I really want to do more out of the box things (like skydiving!).

3. Finish My Screenplay. I have exciting news, I’m currently working on a screenplay (well, I’ve BEEN working on a screenplay!). Being a screenwriter (and working in the film industry in general) is my DREAM so this year I’m really trying to work hard at breaking into that industry more. I’ve had a lot of awesome ideas for screenplays but I just never seem to actually sit down and type/write them out! This year, one of my biggest goals is to finally finish my screenplay.