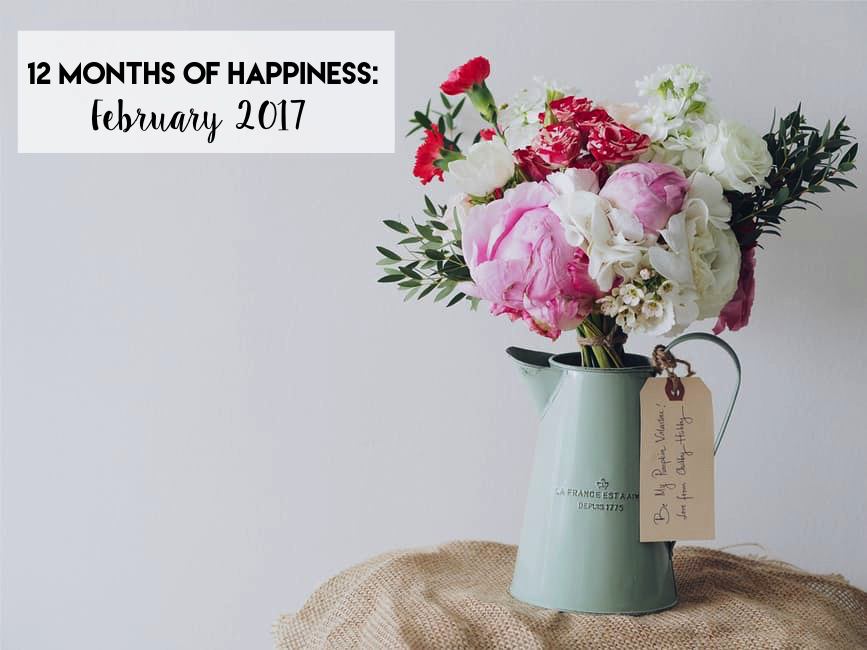 Happy Monday. I swear, 2017 is zooming by! Last night while I was designing my planner layout for the upcoming week, I literally gasped out loud when I realized that it will be March later this week?! Wasn’t it JUST January? These past few months have been CRAZY (in a good way), hence the odd/unorganized posting schedule on the blog lately. Usually, I try and update at least three times a week (Monday, Wednesday and Friday) but I’ve definitely been slacking a little bit this year. BUT on the positive side, I’ve been working almost non-stop on my screenplay these past few weeks and I’ve been working on something else super secret that I don’t want to jinx (so I won’t go into that much detail) but let’s just say I foresee a BIG change heading my way in 2018! Here are some of the things that made February an amazing month: (Don’t forget to comment down below how your February went and what things made you smile this month! I LOVE hearing from you guys about what makes you happy):

Next to Christmas and my birthday, Oscar night is one of my FAVORITE days of the year (no seriously, I LOVE the Oscars)! If you checked out my Oscars Prediction post last week than you’d know that for the past three years, I’ve been able to correctly predict (almost) EVERY major Oscar win (I only got one prediction wrong back in 2015) and this year was no different (since I only got one prediction wrong)! I had a feeling if La La Land didn’t win Best Picture, Moonlight would! Congrats to all the winners (and nominees). Here’s to another great year of cinema!

After hearing a ton of mixed reviews (from both word of mouth and online reviews) about VNYL, I decided to finally bite and the bullet and check it out for myself. As some of you may or may not know, I’m a HUGE vinyl lover and I’ve been collecting records for almost four years now. During Cyber Monday (that seems like forever ago doesn’t it), VNYL was having an awesome deal where you could get a two month membership for just $40 and since you get three records per month, that’s $40 for six records (which isn’t half bad if you ask me!). You can check out my full VNYL review HERE!

Loki (aka the BEST dog in the entire world, aka my best buddy) turned TWO on Valentine’s Day (how adorable is it that he was born on Valentine’s Day? It’s just further proof of how lovable he is!). We celebrated by showering him with a bunch of yummy dog treats/cookies and lots of new toys !

I can’t believe Wednesday is March?! What made you happy in February?
Make sure to check out the entire 12 Months Of Happiness series HERE!