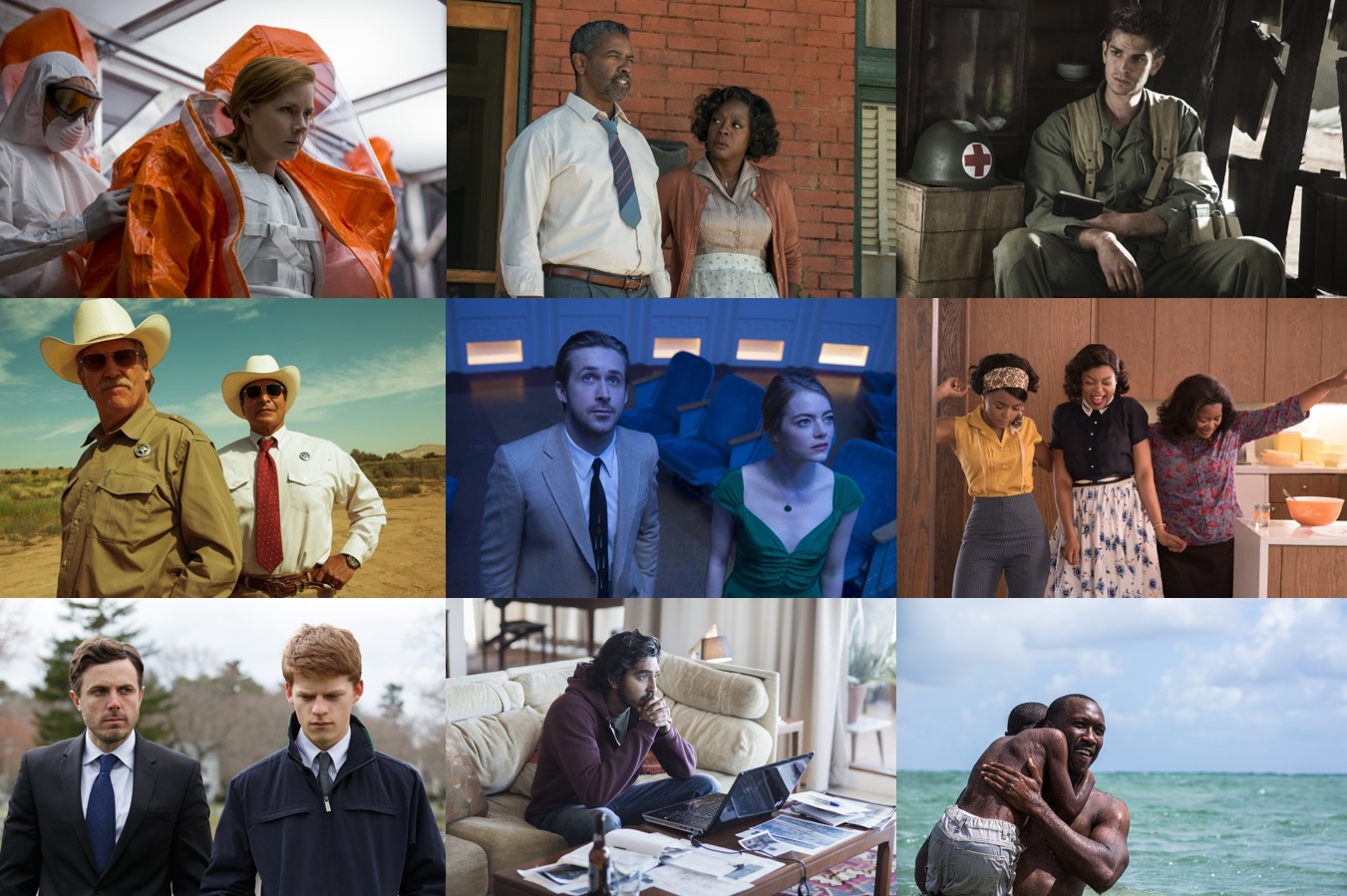 Next to Christmas and my birthday, Oscar night is one of my FAVORITE days of the year (no seriously, I LOVE the Oscars)! Every year I make it my personal goal to see ALL of the Oscar nominated films BEFORE the Oscars (and before they even get nominated!). I love seeing dozens of movies throughout the year and guessing which films the Academy will recognize (I’m usually 90% right!) I’m happy to say that this year marks the NINTH straight year that I’ve completed my goal of seeing every Best Picture Oscar nominated film (if you can’t already tell, I’m a huge film buff!). For the past three years here on the blog, I’ve been able to correctly predict (almost) EVERY major Oscar win (I only got one prediction wrong back in 2015) so here’s hoping for another year of successful predictions. Here are my predictions for the 89th Academy Awards:

Best Picture: I will be HIGHLY surprised if La La Land doesn’t go home with the Best Picture win but IF something else were to win, I think it would be Moonlight. Although, I’m 99.9% positive La La Land is not only going to win Best Picture, but it’s going to win almost every other category it’s nominated in (expect Best Actor, sorry Ryan!).

Best Director: I’ve been following Damien Chapelle’s career for a few years now (basically since I saw Whiplash back in 2014) and I absolutely adore his work. I knew La La Land had been a passion project of his for many years and when I saw the first teaser trailer for it I immediately knew it was going to blow me away (I love me a good musical!).

Best Actor/Actress: Although I picked Casey Affleck as my official prediction for Best Actor, I wouldn’t be shocked if Denzel Washington won. As for Best Actress, Emma Stone has definitely got this one in the bag!