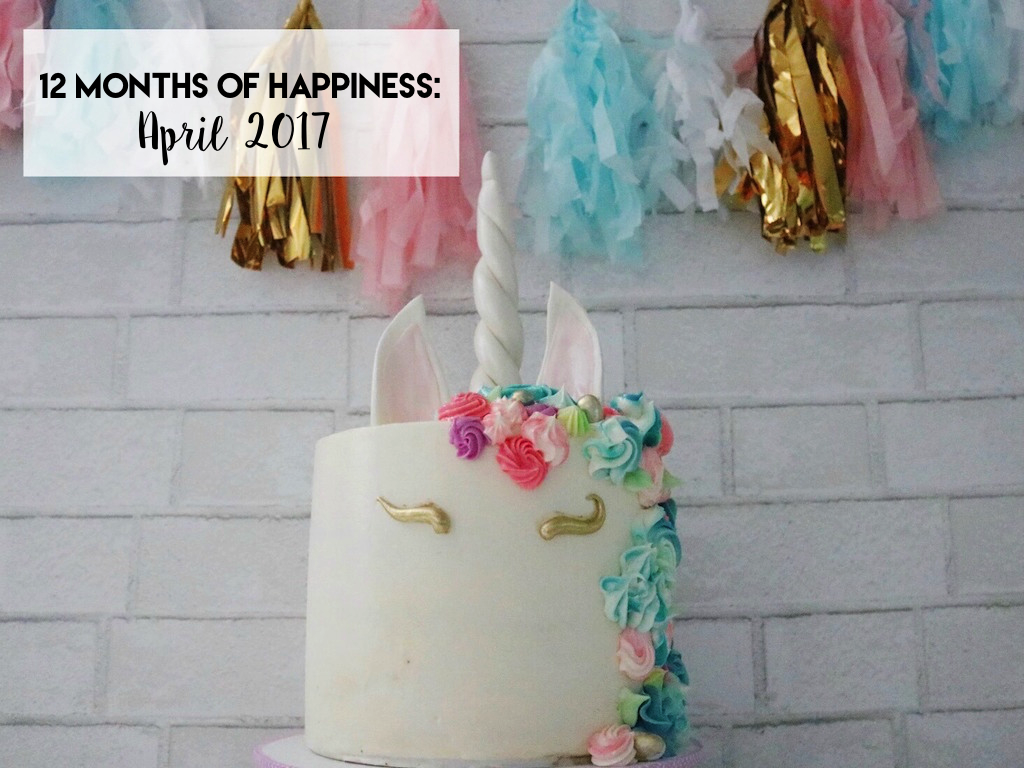 Happy Friday and welcome to the latest installment of my 12 Months of Happiness series! I can’t believe that my birthday month is coming to an end (where my fellow April babies at?!). I know I say this almost every month but I really do LOVE this series of mine. It never fails to make me smile when I’m jotting down all the things that made me happy that particular month. I also really love going back to previous 12 Months of Happiness installments and rereading them. Reliving and remembering those past happy moments and memories make me happy all over again! I’ve been missing Disney World (aka my second home) lately and I instantly felt better as I was going through my last few 12 Months of Happiness posts because I got to relive my January and March Disney trips (it’s crazy how it felts like forever since I’ve visited Disney and I was there literally last month!). This month was definitely one for the books. Maybe it’s because it’s my birthday month but April always ends up being one of the best months of the year for me! (Don’t forget to comment down below how your April went and what things made you smile this month! I LOVE hearing from you guys about what makes you happy!)

Although I “celebrated” Easter back in March when I did the Easter Egg Hunt Egg-stravaganzat at Disney World, I still had a lot of fun on actual Easter (which just so happened to fall on the day before my birthday this year!). This year Easter consisted of lots of  yummy ham, chocolate bunny eating, egg dying, a little bit of shopping (for early birthday gifts) and spending lots of time with my loved ones. I also saw The Boss Baby (which was HILARIOUS). I honestly couldn’t have asked for a better Easter Sunday than that.

Last weekend I got to attend the Chicago Comic and Entertainment Expo (aka C2E2) for the second year in a row! C2E2 is a Chicago fan convention dedicated to comics, pop culture, graphic novels, anime, manga, video games, toys, movies, and television. So essentially, it’s similar to other “comic cons” but it’s more pop culture and entertainment based! I had such a blast at C2E2 2016 that I thought nothing could top it but C2E2 2017 was pretty amazing too (I especially loved getting to meet some of the cast of Stranger Things!). I’m seriously already counting down the days until C2E2 2018 (and Chicago Comic Con this summer!).

My birthday was definitely the highlight of this month! If you checked out my What I’m Looking Forward To This Spring (2017) post then you may recall that the only thing I wanted for my birthday was a unicorn cake, so I was overjoyed when my family surprised me with a unicorn cake (it was so YUMMY!). My sister also surprised me with some unicorn cupcakes (which were equally delicious!). To top it off, my mom surprised me with the ULTIMATE birthday gift: (my first ever) a Disney Cruise!! The cruise is January 2 (2018) so we are going to do our usual Christmas/ New Years Eve (December 22 – January 1) Disney World trip and then immediately board the Disney Dream (I CAN’T WAIT!).

Here’s a few other things that made me happy in April:

I can’t believe it’s almost May?! What made you happy in April?
Make sure to check out the entire 12 Months Of Happiness series HERE!