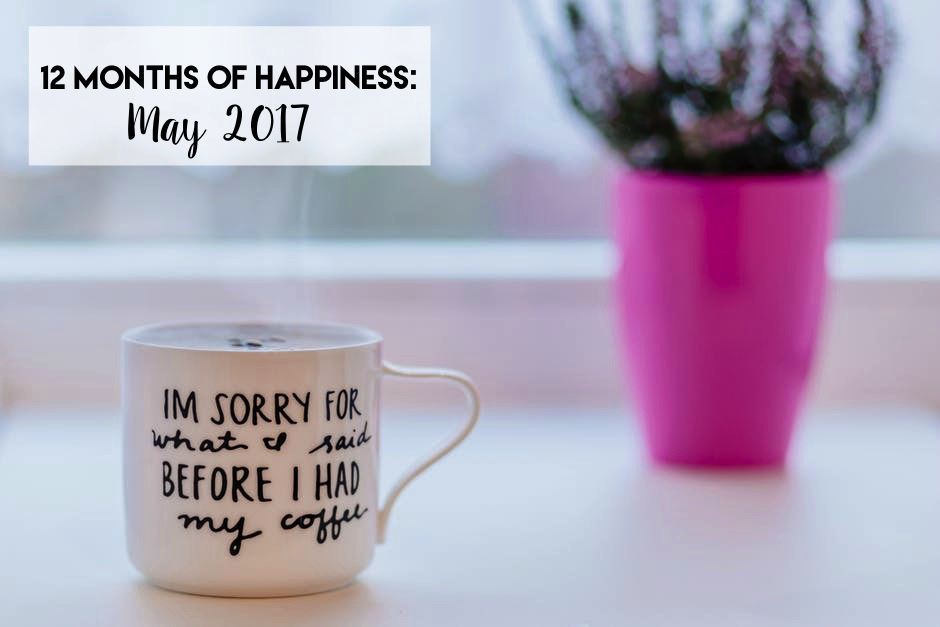 Happy Wednesday and welcome to the latest installment of my 12 Months of Happiness series. Can you guys believe that tomorrow is June already? That means that 2017 is already HALFWAY OVER?! That’s so crazy to think about! 2017 has been an INCREDIBLE year so far and I can’t wait to see what amazing things June has to offer (I’m heading to Disney World in June so I already know it’s going to be an awesome month!). Enough about June though, May turned out to be a pretty great month, although there were a few stumbles along the way. I had planned a fun little last minute international trip for this month that sadly had to be pushed back (I might be going in July now!). But, to make up for it, I booked a last minute Disney trip for June (in three weeks!) and then I’m heading back to Disney in August (and people don’t believe me when I say Disney is my LIFE!). Here are some of the things that made May an amazing month: (Don’t forget to comment down below how your May went and what things made you smile this month! I LOVE hearing from you guys about what makes you happy!):

This month was filled with awesome new films and tons of fun film screenings! And as you all know, I love a good movie! Along with seeing Guardians of the Galaxy Vol. 2 and Pirates of the Caribbean: Dead Men Tell No Tales, I was invited to advance screenings of Everything, Everything and Captain Underpants.

May is always filled with a ton of fun celebrations and anniversaries! Not only was Mother’s Day this month but my mom’s birthday is also in May. May 10th marked three years since I graduated college (class of 2014 where you at?) and my four year blogiversary (as you can tell, May 10th will always hold a special place in my heart)! Today, May 31st, also marks two years since we adopted the BEST dog in the world, Loki! I vividly remember walking into PAWS Chicago back on May 31, 2015 and instantly falling in love with Loki as soon as I played eyes on him!

I’ve talked about this on the blog before but it’s a bit of a pet peeve of mine when people refer to this time of year as “summer.” Maybe because I’m a spring baby and I dislike people not giving spring (aka my birthday season) its props but just FYI, it’s NOT summer until June 20th! I feel like summer, fall and winter (especially around Christmas time) get so much love but spring is often overlooked. Which I find weird because everyone always raves about the gorgeous weather in late May/early June (before it gets super hot in July/August) but since a lot of people refer to this time of year as summer (I guess because school gets out for “summer” break), spring doesn’t get its proper props! So next time you hear someone saying “I’m loving this summer weather” or “this summer is off to a great start”, before June 20th, just remind them IT’S STILL SPRING!! The (SPRING) weather here in Chicago has been so lovely lately (it’s been in the 70s for the past two weeks!).

Here’s a few other things that made me happy in May:

I can’t believe it’s almost June?! What made you happy in May?
Make sure to check out the entire 12 Months Of Happiness series HERE!