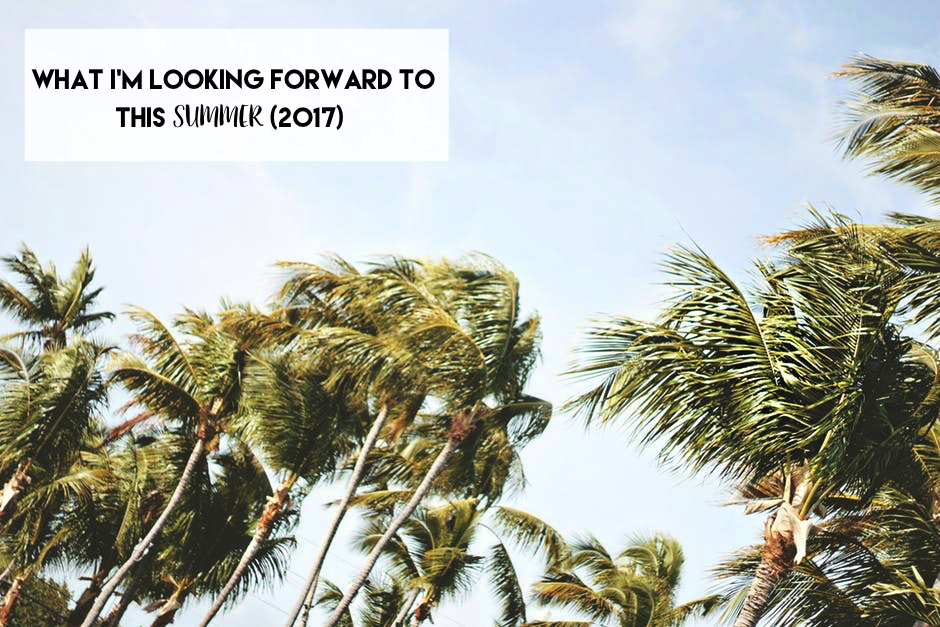 Happy Monday and welcome back to another installment of my “What I’m Looking Forward To” series! I know I say this all the time (no really, I say this in EVERY post) but I absolutely LOVE this series and I can’t believe that this is already the 11th (say what?!) installment of it. It’s always so much fun coming up with little lists like this and it truly does help me get excited for the upcoming season. Although I’m not the biggest fan of summer (it’s actually my least favorite season. Don’t get me wrong, it’s fun and all but I’m not a fan of the heat and I’ve just always loved winter, spring and fall more), I’m actually really excited for summer to officially start tomorrow. Honestly, I feel like summer (well, summer weather) started early this year because these past two weeks in Chicago have been crazy hot (the other day it was 99 degrees, yes you read that right, 99 degrees!). Even though I’m sad that my birthday season has ended (spring babies FTW), I’m actually glad it’s summer now (well tomorrow) because I have so many fun things planned! For me, summer means traveling, BBQ’s, long nights, swimming, spending countless nights at the beach, picnics, S’mores, music festivals, hanging out with friends and family and everything in between! Here are a few of the things I’m looking forward to this summer (June 20 – September 22): 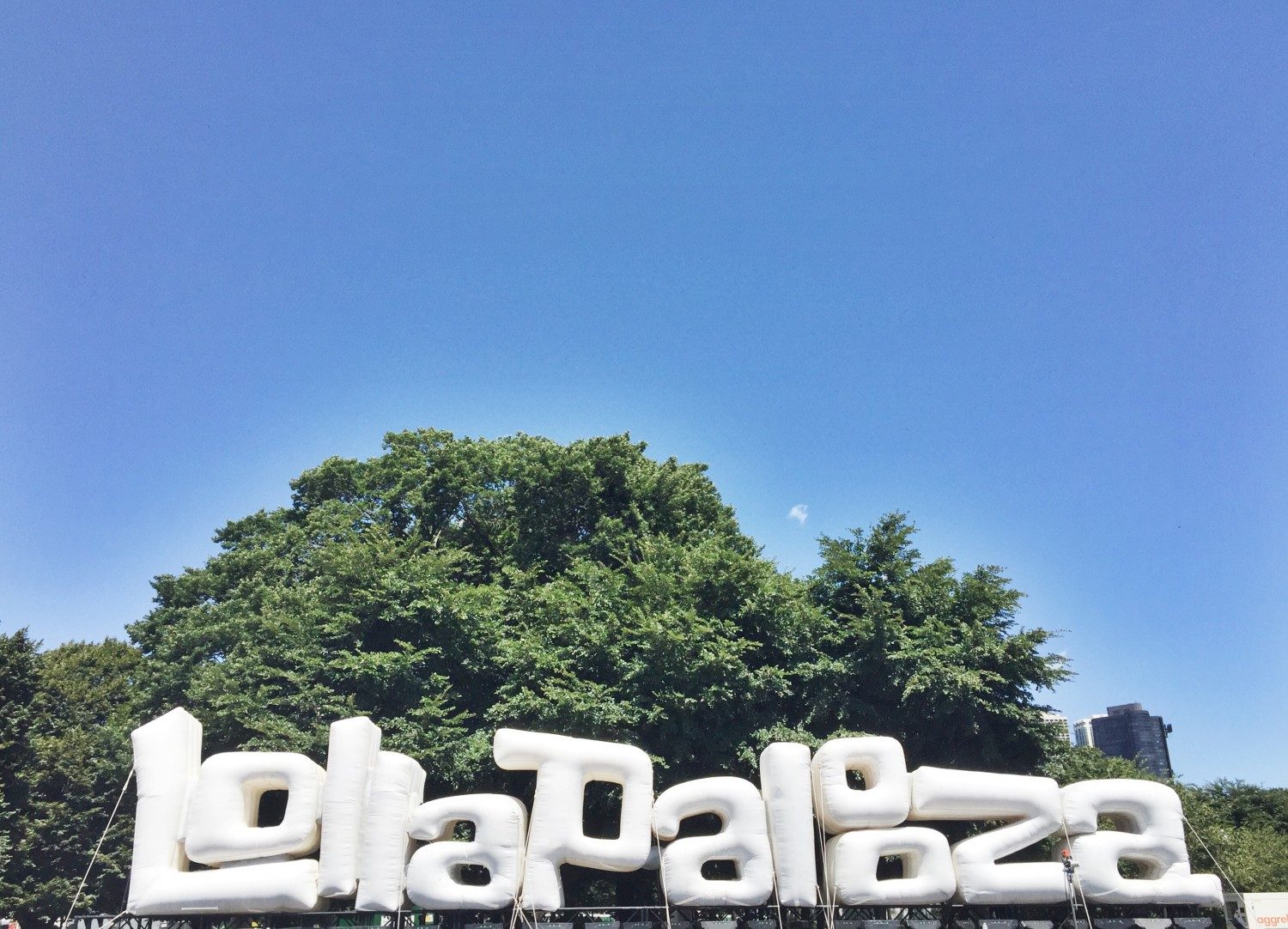 Lollapalooza. One of the best things about summertime in Chicago is Lollapalooza! I’m so excited because this summer will be my third time attending Lolla (for more on Lollapalooza, make sure to check out 10 tips for surviving Lollapalooza, Lollapalooza Must Haves and my Lolla 2015 and Lolla 2016 recaps along with my Young the Giant and Lana Del Ray Lolla after party recaps!)

Last year in honor of Lollapalooza’s 25th anniversary, the music festival was held for four days long (instead of its usual three) and this year they’ve decided to continue on with that newfound tradition! There are a TON of amazing artists performing this year but I’m most excited to see Muse, Chance the Rapper, The Shins, Arcade Fire, Vance Joy, Jon Bellion, Zara Larsson and the xx (to name a few!). 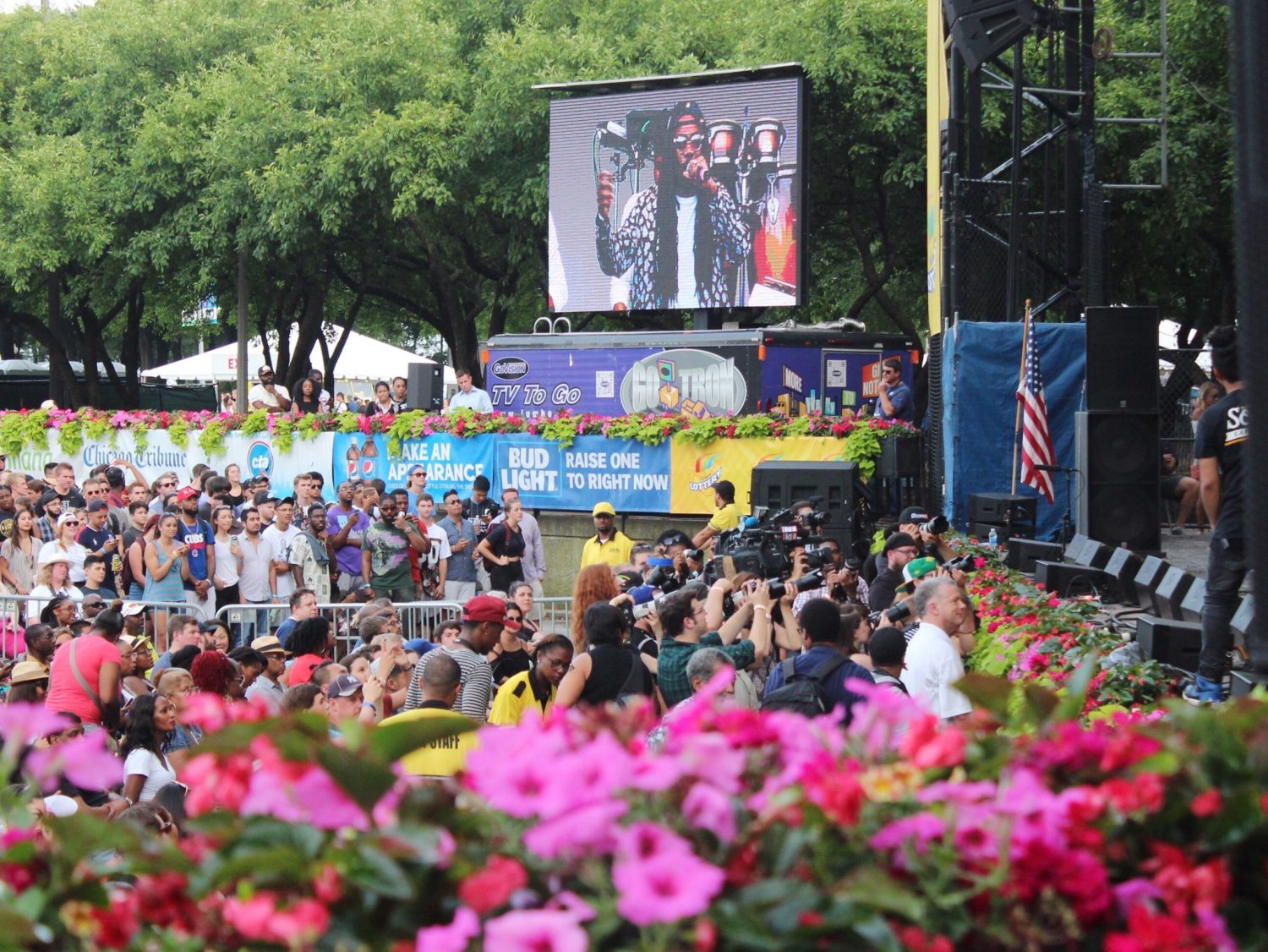 The Taste of Chicago. The Taste of Chicago is probably one of my favorite things about Chicago summers! For those of you who aren’t familiar, The Taste (that’s what us Chicagoans refer to it as) is the world’s largest food festival, held for five days in July in Chicago’s Grant Park. I’ve lived in Chicago for 22 years now (since I was 3) and I’ve NEVER missed The Taste before (talk about dedication!). 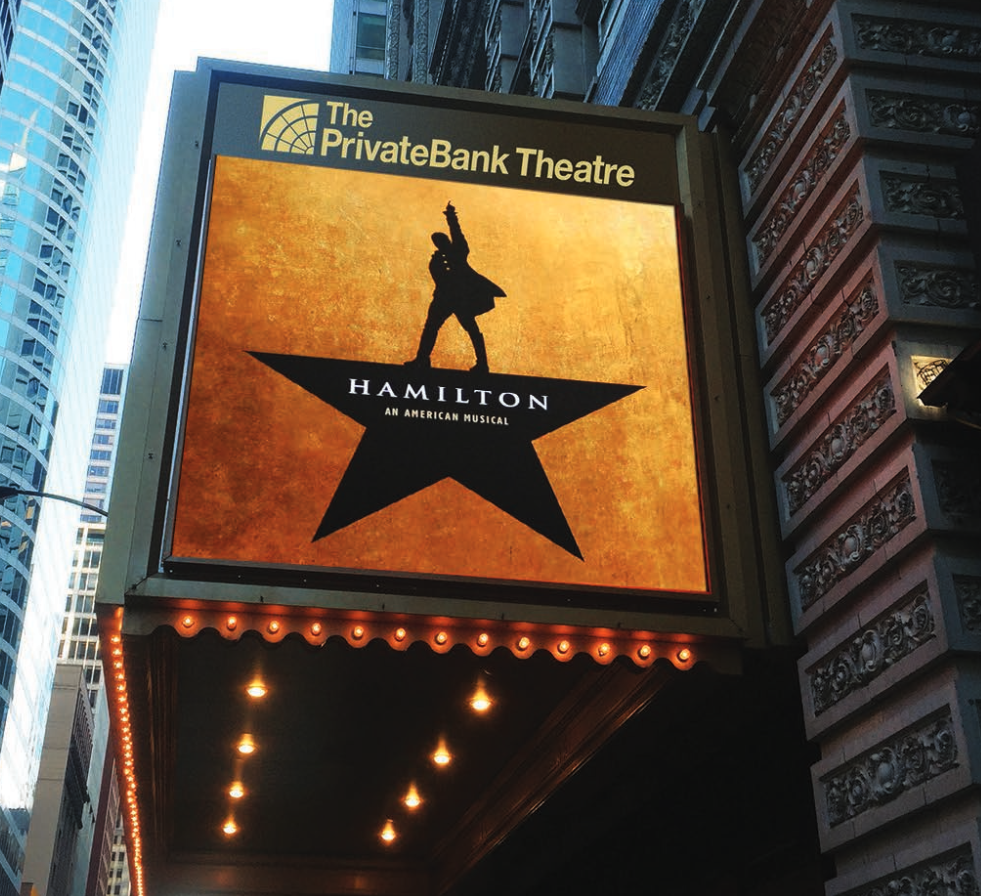 Broadway Shows. You know that feeling most people get when they get to see their favorite artist in concert? That’s how I feel whenever I see a Broadway show! I just love the theatre so much. Along with seeing Hamilton (for the THIRD time) this summer, I also have tickets to see The King and I, Something Rotten! and An American in Paris. 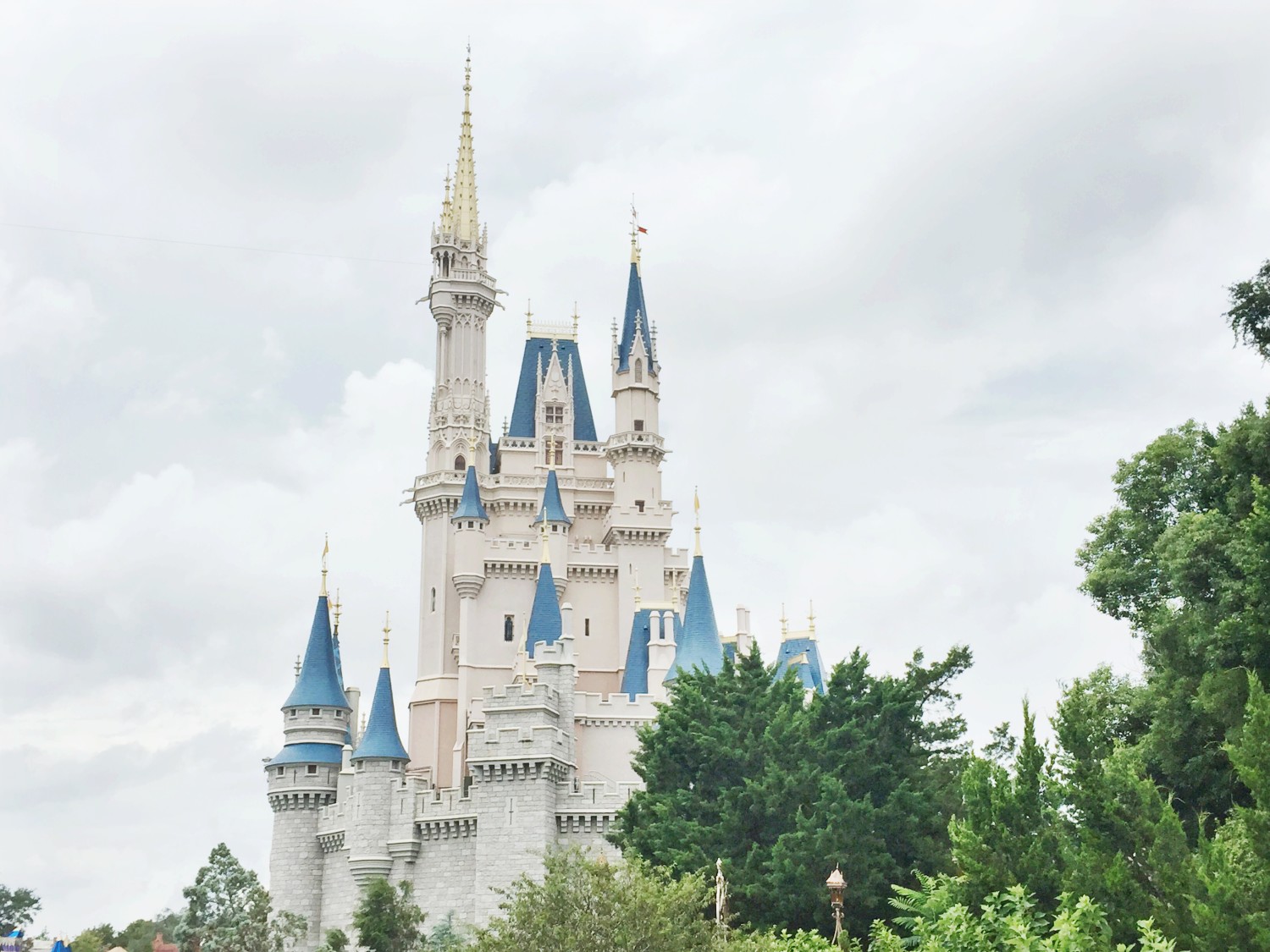 Disney World. It’s no secret that Disney is my LIFE! In the past two years alone (May 2015 – now), I’ve visited the Disney Parks (including Disney World, Disneyland and Disneyland Paris) 20+ times (and I live in Chicago/nowhere near Disney. That’s how dedicated to/in love with Disney I am!). This summer I’ll be visiting Disney World three times, once later this week (in about 24 hours actually), again in August and then again in September! I can’t wait to explore Pandora – The World of Avatar, the latest addition to Disney’s Animal Kingdom! 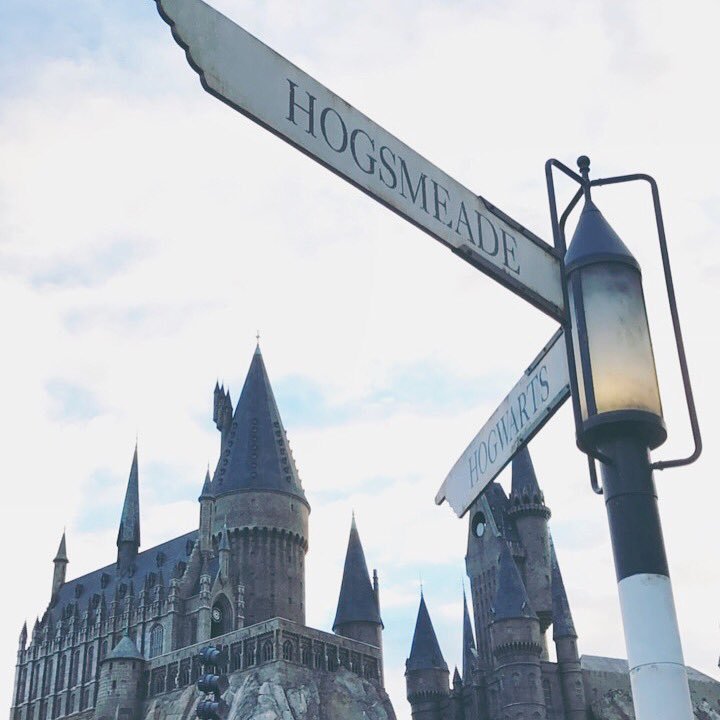