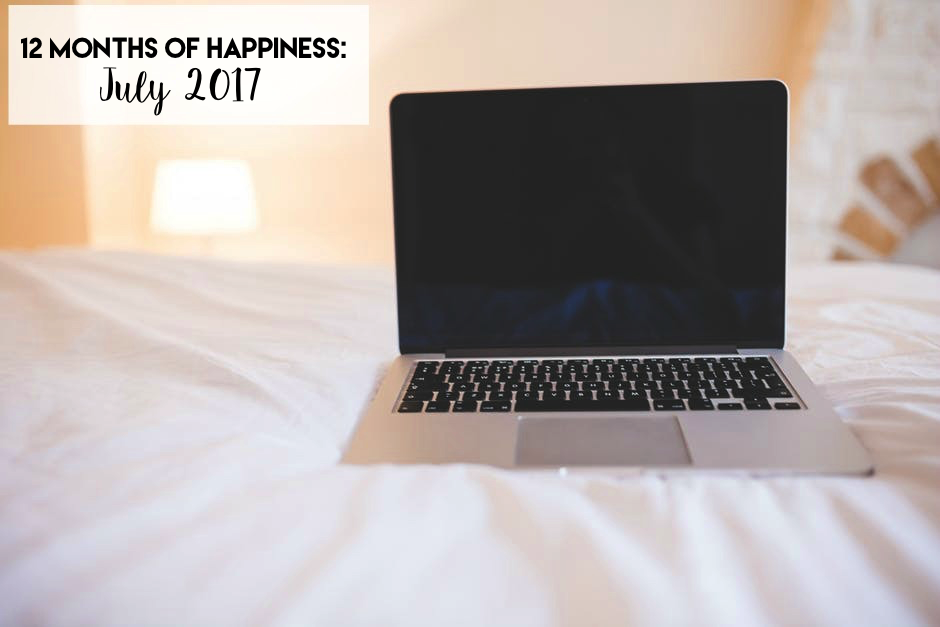 Happy Monday and welcome to the latest installment of my 12 Months of Happiness series. You may or may not have noticed but I decided to take last week off (that’s one of my favorite things about blogging, I decide when I do or don’t want to “work!”). Not only did I take a little week hiatus from blogging, I’ve also pretty much been off of social media completely for the past seven days. I’ve got to say, it’s definitely refreshing to do a little unplugging every once in a while. In fact, I think I’m going make this “week of unplugging” more of a regular occurrence! Any who, although July was an awesome month, it was also pretty slow at times and I’m glad it’s almost over. I’m super excited that tomorrow is August because I’m looking forward to Lollapalooza and my trip to Disney World (both of which are in August!). Here are some of the things that made July an amazing month: (Don’t forget to comment down below how your July went and what things made you smile this month! I LOVE hearing from you guys about what makes you happy!)

If I had to describe Exhibitionism, the Rolling Stones exhibit at Navy Pier, in one word it would be: AMAZING! Fun Fact: I’m a huge Rolling Stones fan so getting to see a full blown behind the scenes Rolling Stone-equse exhibit was so great!

Chicago’s cultural offerings are second to none, and its theatre scene is easily one of the best perks of living in the city! As many of you know, I LOVE Broadway (like really love it!). This month (July) alone I saw Something Rotten!, Hamilton (for the THIRD time) and an American in Paris. Any month I get to see a Broadway show is a great month in my book so getting to see THREE shows this month was PERFECTION!

Since the Museum of Contemporary Art offers free admission (to Illinois residents) every Tuesday, I like to spend my Tuesday afternoons there exploring all the new exhibits and artwork. Ever since the Takashi Murakami: The Octopus Eats its Own Leg Exhibit opened at MCA last month I’ve been meaning to go by and see it and I’m so glad I finally checked it out! I LOVE Takashi Murakami’s work and have been a huge fan of his since 2007 (when Posi Mushroom came out) so getting to see such an intense collection of his artworks was really awesome.

Here’s a few other things that made me happy in July:

• The Fourth of July (fireworks + BBQ, yes please!)
• I bought my tickets for Mickey’s Not So Scary Halloween Party at Disney World this October!
• I decided to start an “Instagram theme.”
• I bought tickets to see Motown the Musical (it comes to Chicago in October!).
• I opened up some adorable “Kingdom of Cute” Vinylmations.

I can’t believe it’s almost August?! What made you happy in July?
Make sure to check out the entire 12 Months Of Happiness series HERE!