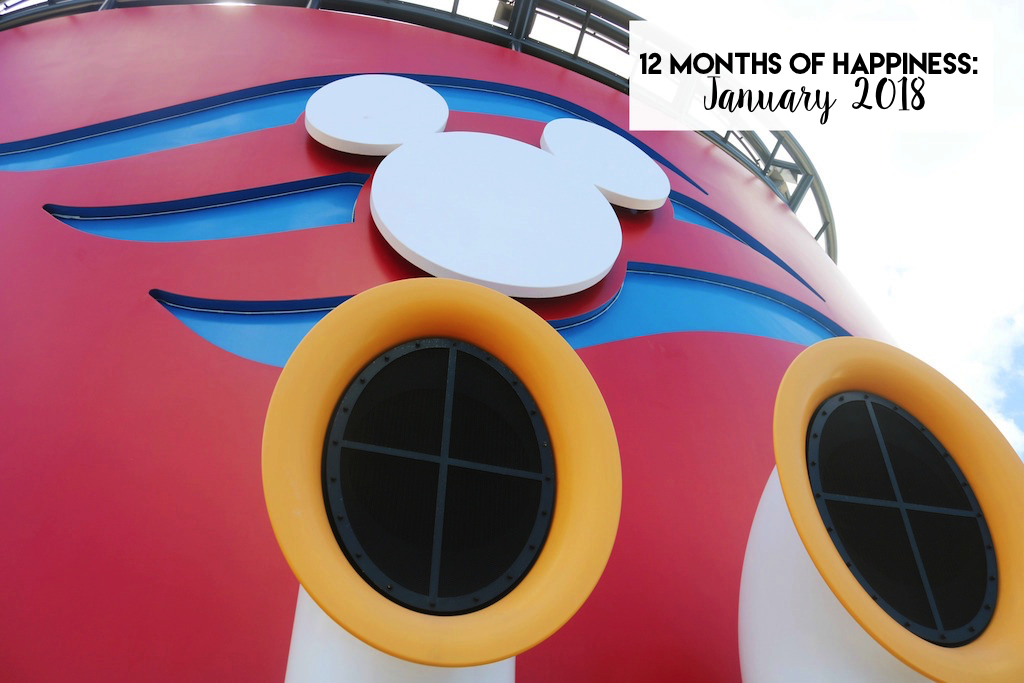 Here are some of the things that made January an amazing month: (Don’t forget to comment down below how your January went and what things made you smile this month! I LOVE hearing from you guys about what makes you happy):

It doesn’t matter how many times I visit the Disney Parks, I NEVER get tired of them. In the past three years alone I’ve visited Disney 30+ times and I don’t plan on slowing down anytime soon. I loved ringing in the New Year at Disney (for the third year in a row)! Here’s to another Disney-filled year!

The highlight of this month was definitely going on my first ever Disney Cruise! I can’t even fully put into words how amazing the cruise was. In fact, the cruise went so well that I’ve already booked my next Disney Cruise for this summer (in August). Stay tuned because I have lots of Disney Cruise posts coming your way soon!

One of my favorite things about the Disney Cruise, besides the cruise itself obviously, was having a weeks break from social media. I talked about this before on the blog but lately I’ve been taking little “social media breaks” and it’s been awesome! Not only have I taken a little break from blogging (as you can see, I’ve only been posting once a week instead of my usual three times a week), I’ve also pretty much been off of social media completely for the past several days. I haven’t posted on Instagram in over a week, I barely tweet or use FB (my blog’s FB, I haven’t used my personal FB in over four years) and it’s the best feeling ever. I love just living in the moment and not worrying about “getting the perfect shot.” Things are so less stressful that way!

I can’t believe it’s almost February?! What made you happy in January?
Make sure to check out the entire 12 Months Of Happiness series HERE!