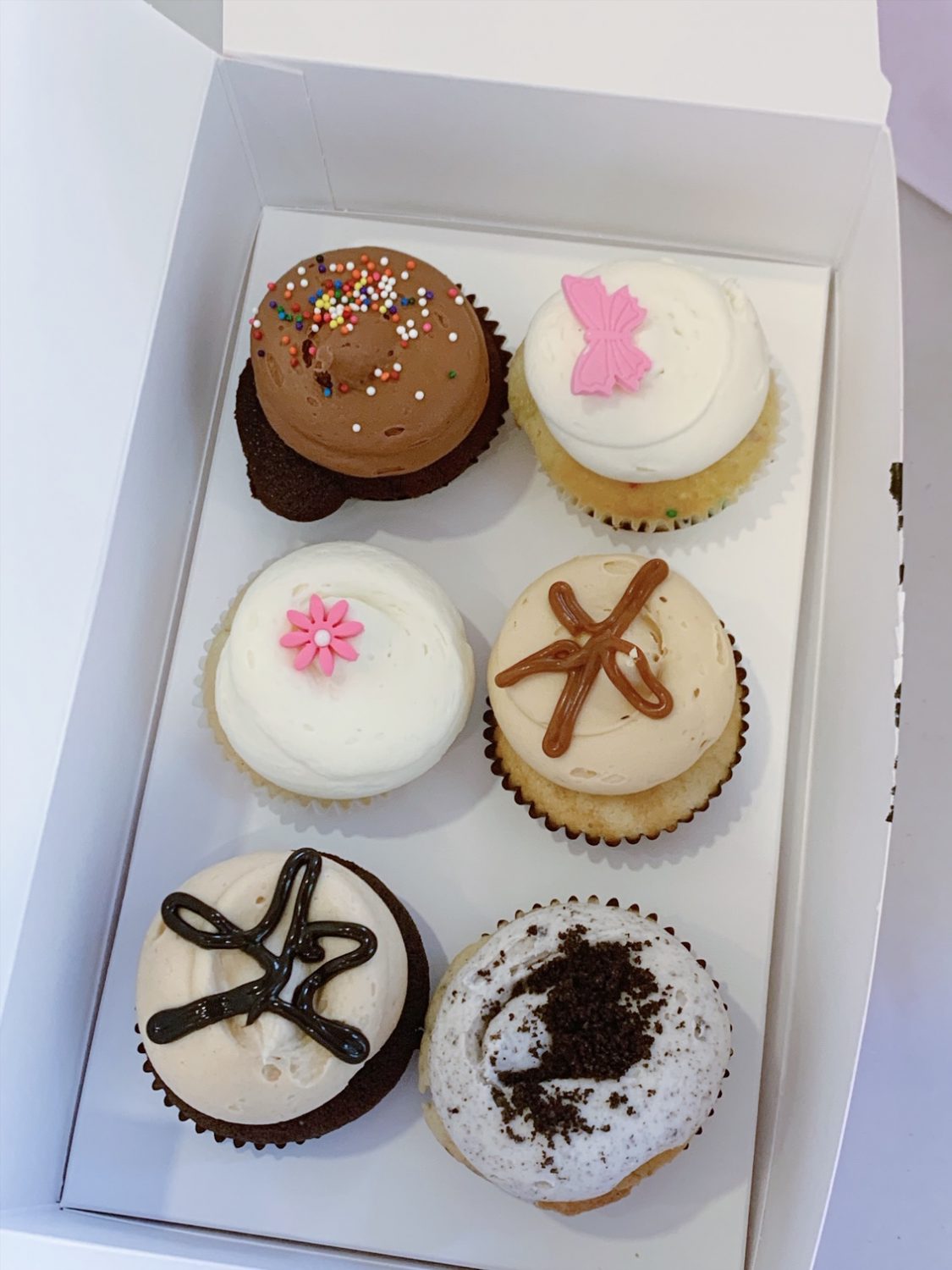 Happy Monday! I just got back from a brief trip to Washington, D.C. and while I was going through some of the photos I took (for a Bits and Pieces post) I noticed 90% of the photos were food related. Not only that, most of them were cupcake related! While I was in DC I stopped by both Georgetown Cupcake and Sprinkles Cupcakes (within an hour of each other oddly enough) so I thought it would be fun to do a little “Cupcake Showdown” post.

Warning, I am NOT a big “sweets person” (although cupcakes are probably my favorite dessert) so my opinion might be slightly different from someone who is a cupcake enthusiastic. BUT, since I have no allegiance to or preference of either cupcake shop, I think I can successfully offer a non-bias opinion.

I will rate each cupcake on the following: taste “cake”, taste “icing”, location, price, flavor versatility, “buzz”/it factor and presentation.

The cupcake shop with the most points out of 7 WINS! 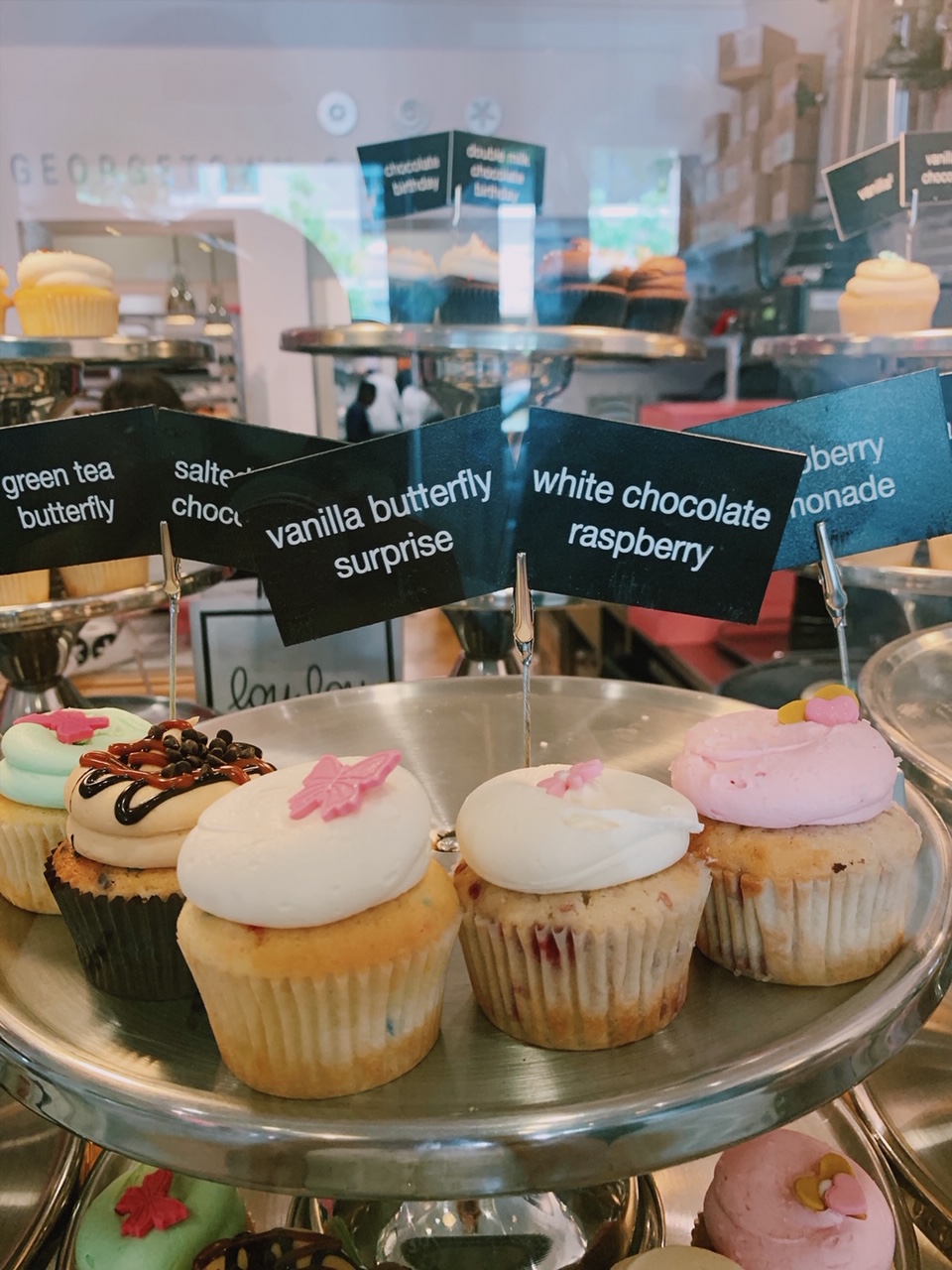 I split taste into two categories because I’ve had cupcakes where the cake was amazing but the icing was not (and vice versa). However, Georgetown Cupcake has Sprinkles beat when it comes to both aspects of taste. 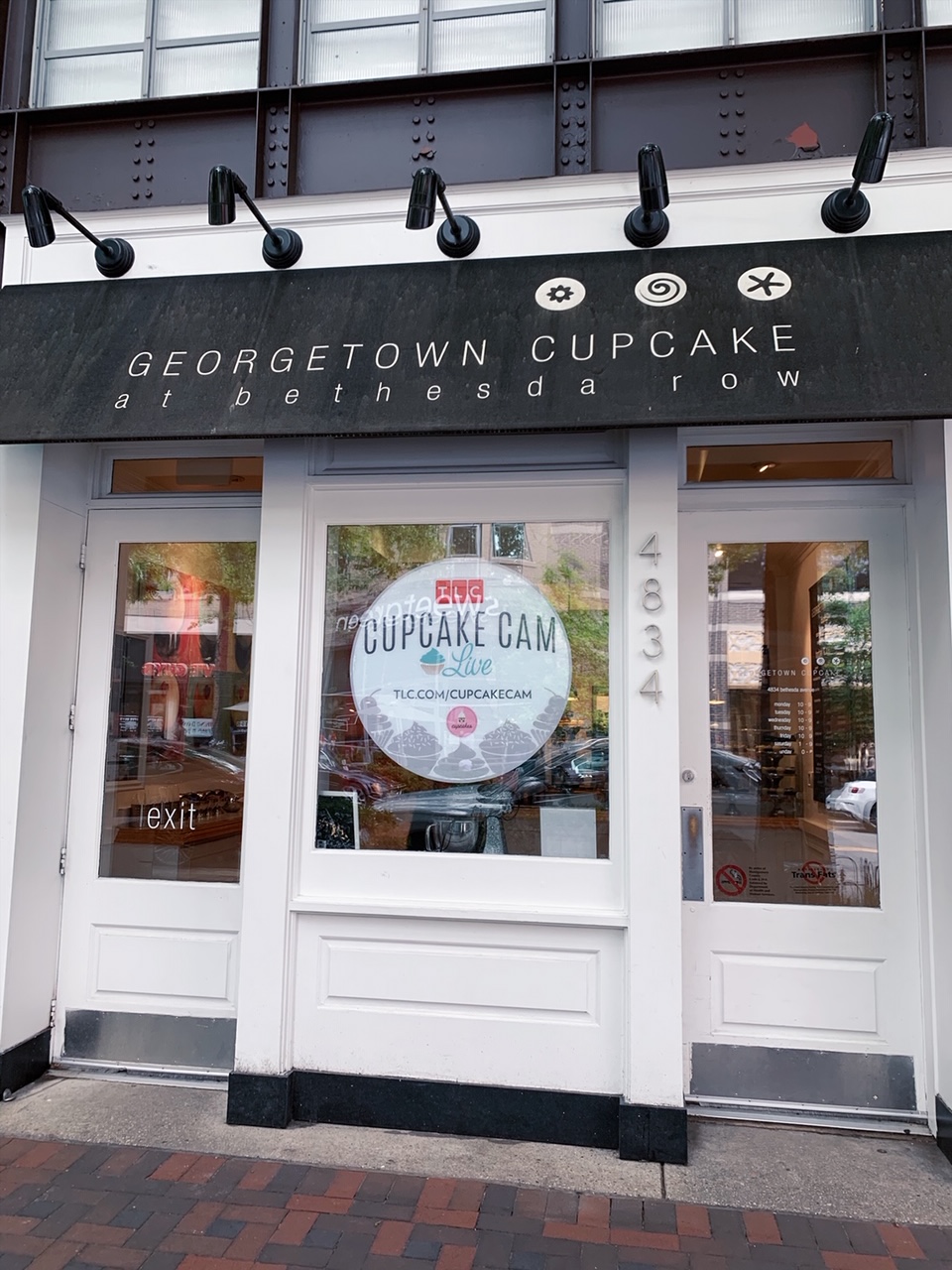 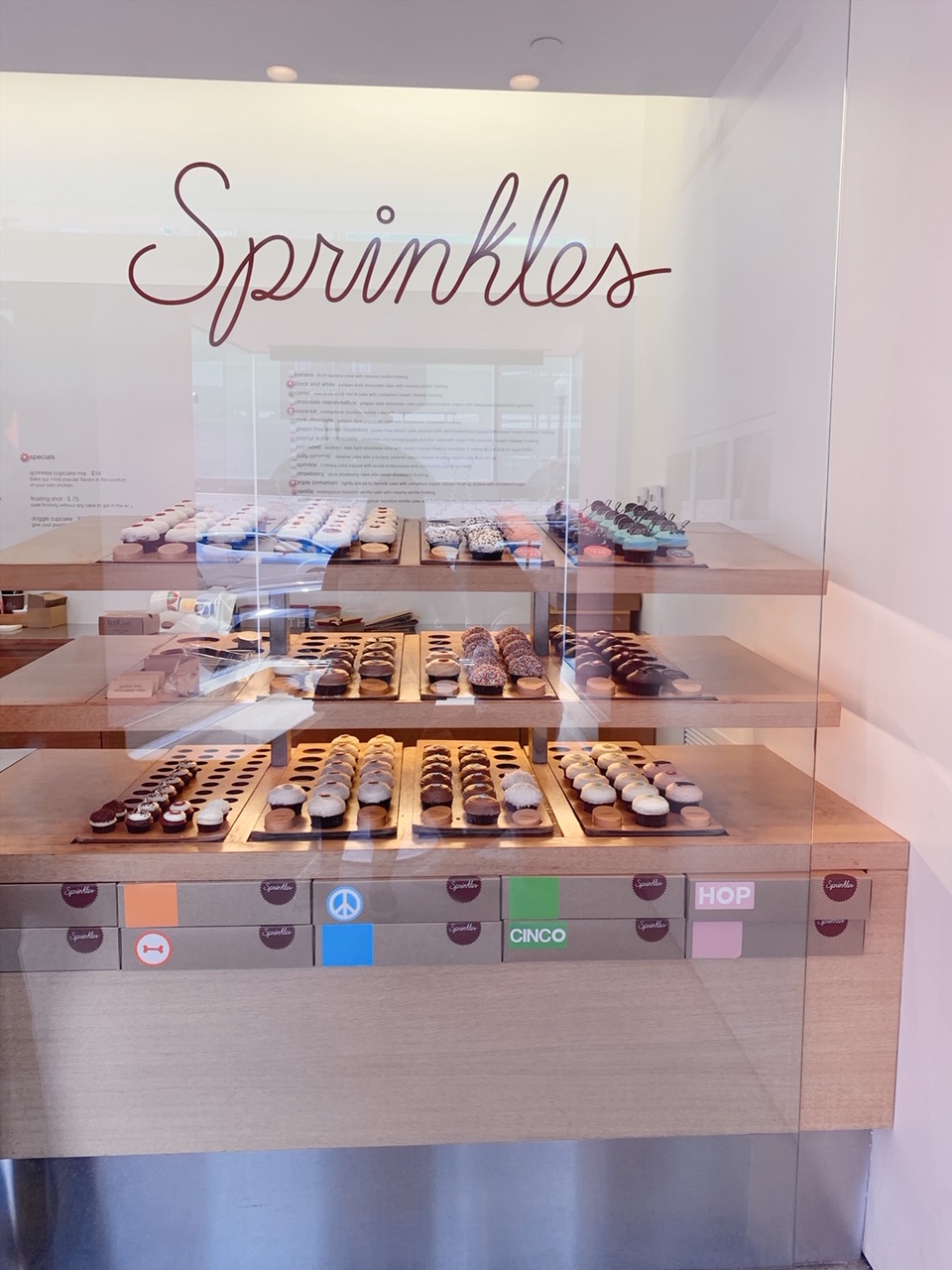 This one is a no brainer. Georgetown Cupcake only has six locations while Sprinkles has 24. 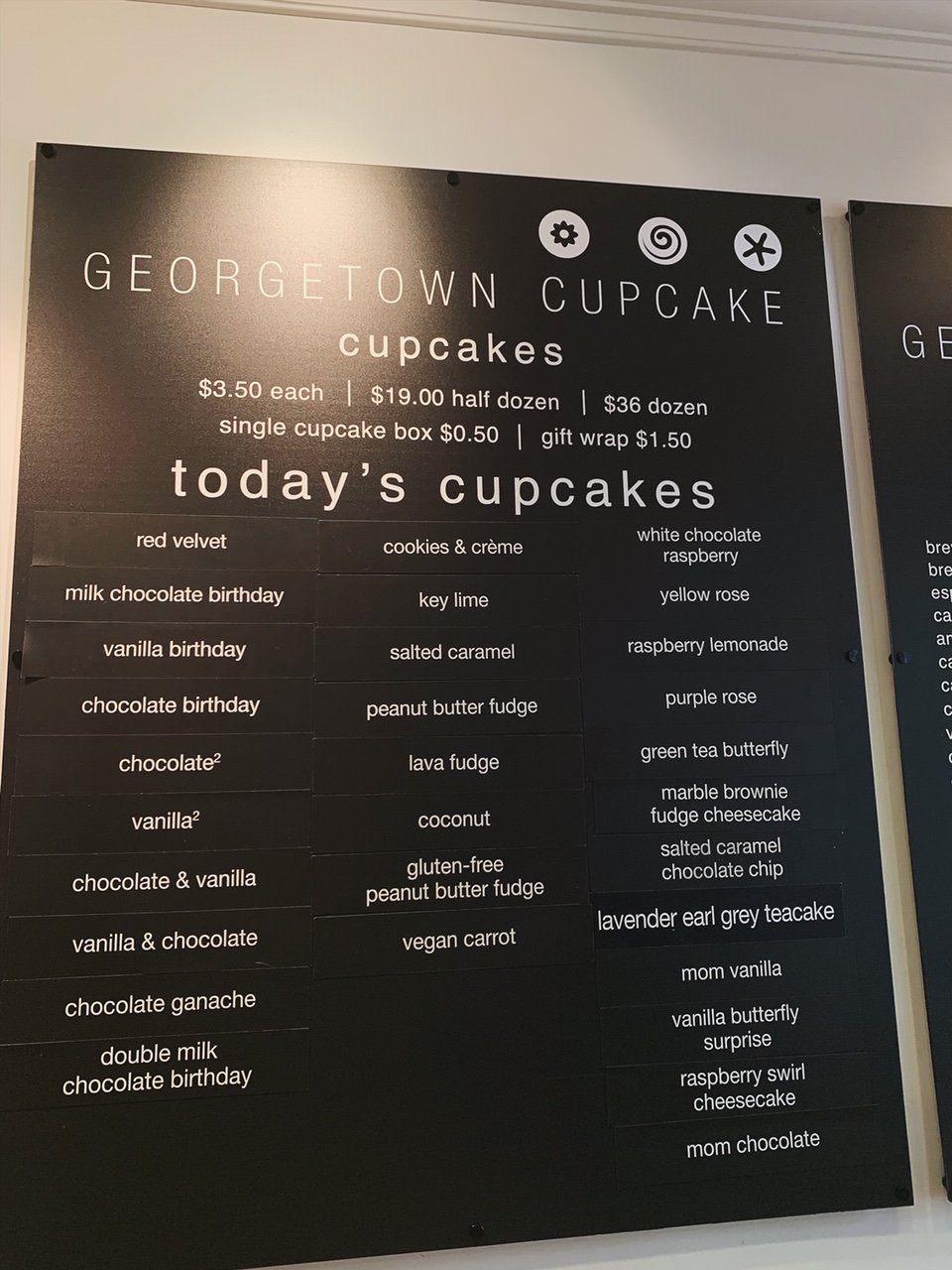 I don’t know why but the Sprinkles located in Georgetown was selling their cupcakes for $4.50. Here in Chicago (and at most Sprinkles locations I’ve visited), Sprinkles cupcakes are usually around $3.95. Regardless, Georgetown Cupcake still gets the point because they’re cheaper all around. 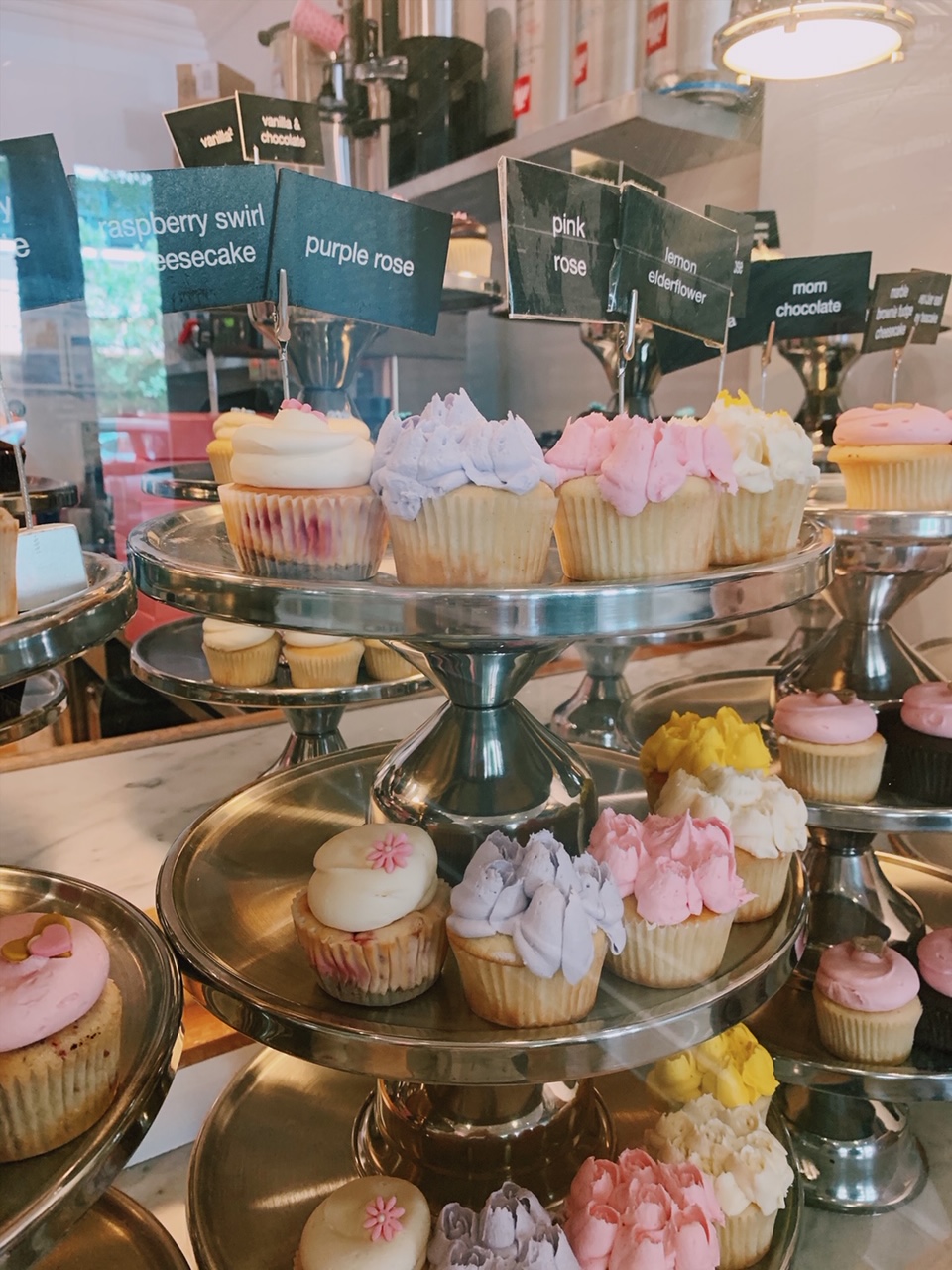 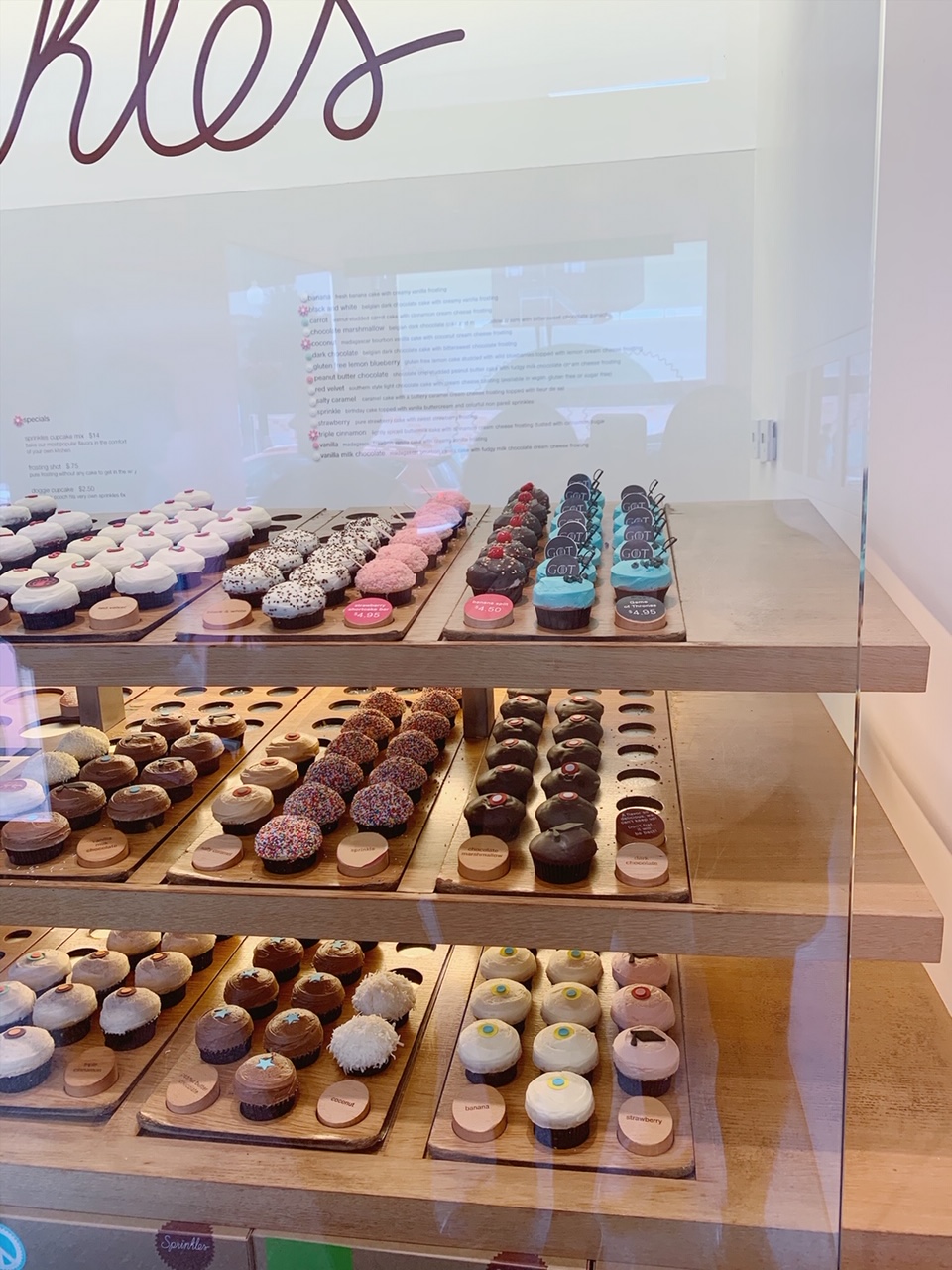 Sprinkles for the win with this one! It seems like Sprinkles is always coming up with new exciting flavors as well as always having cool limited edition cupcakes! 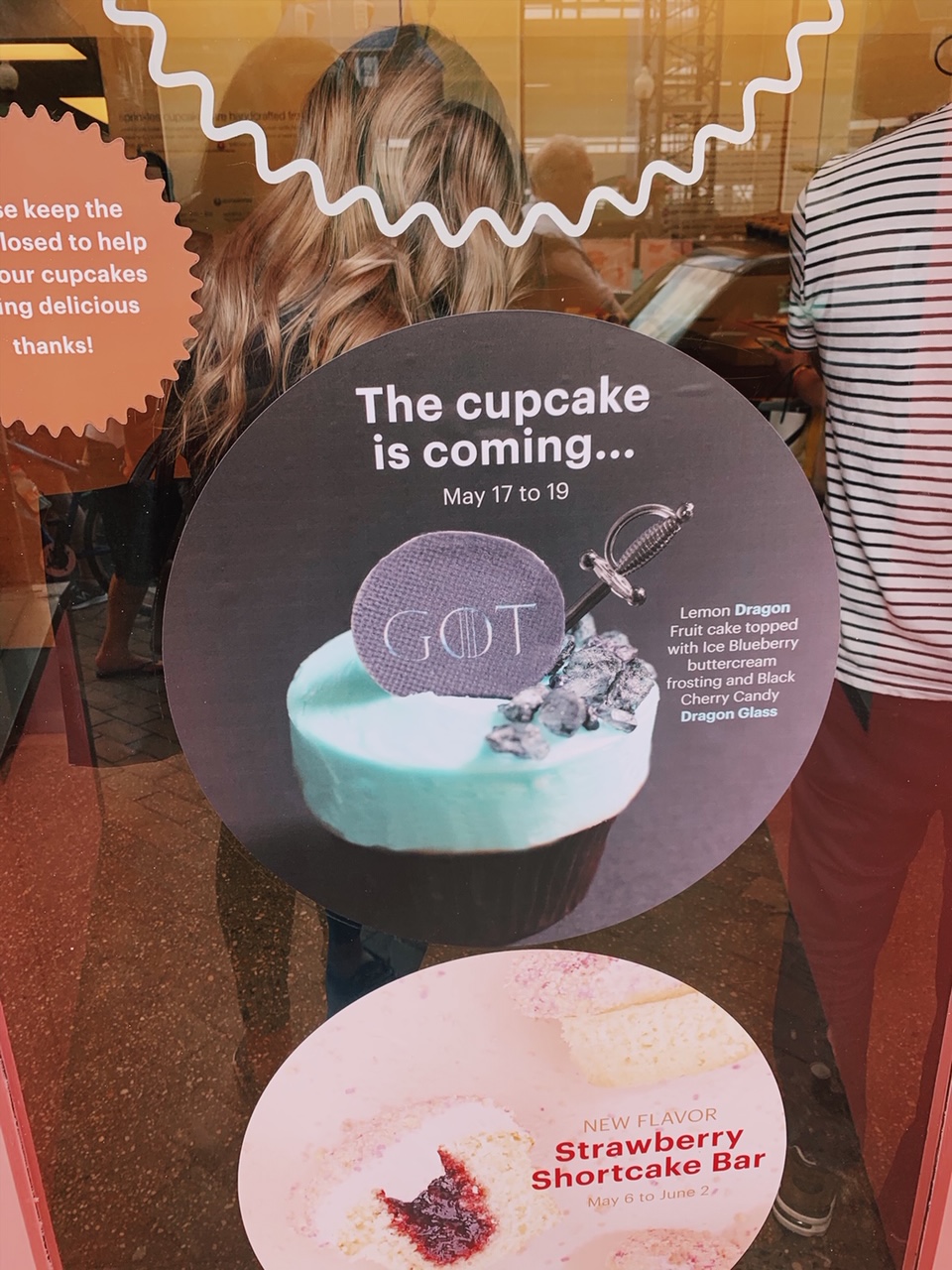 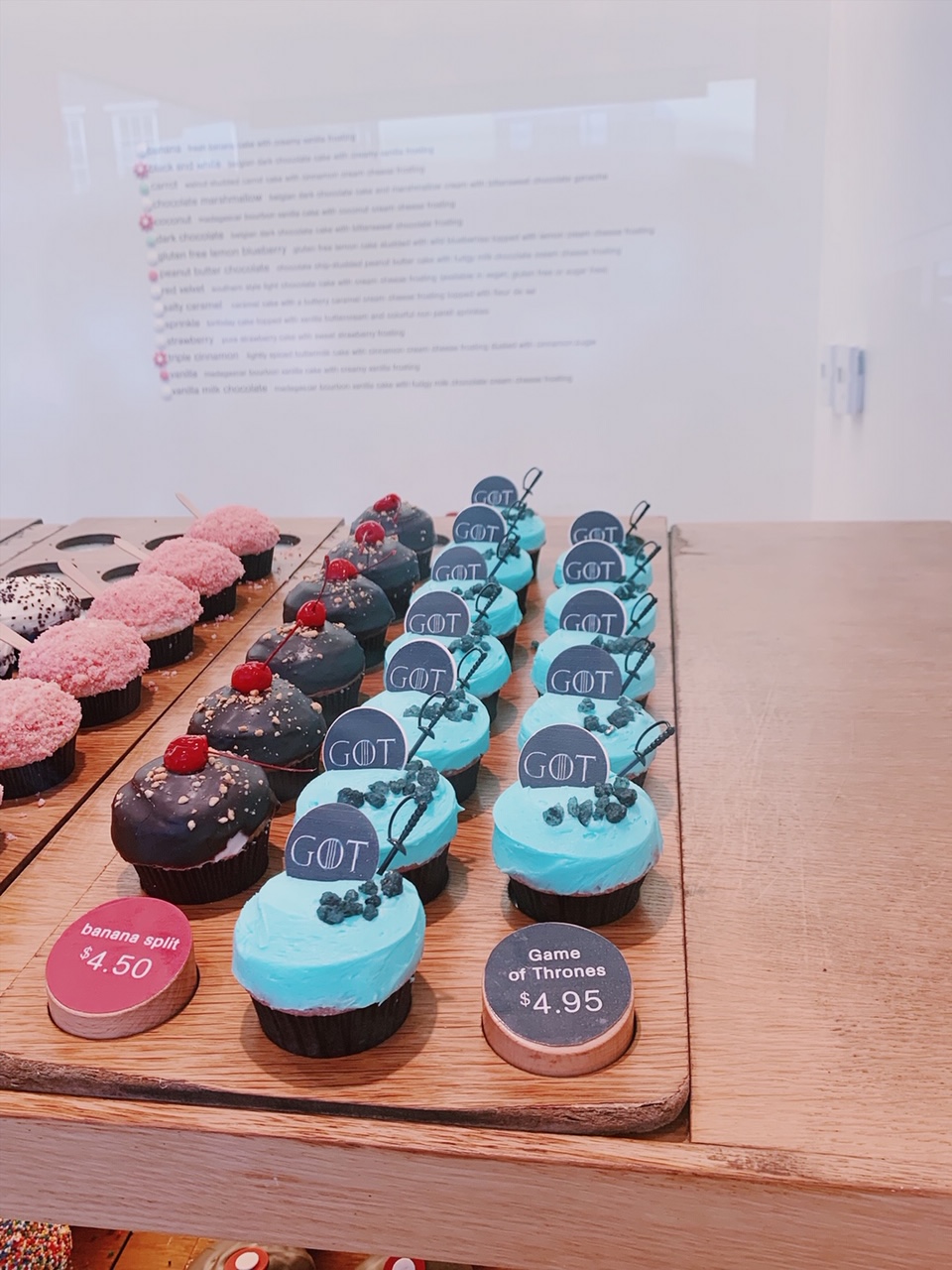 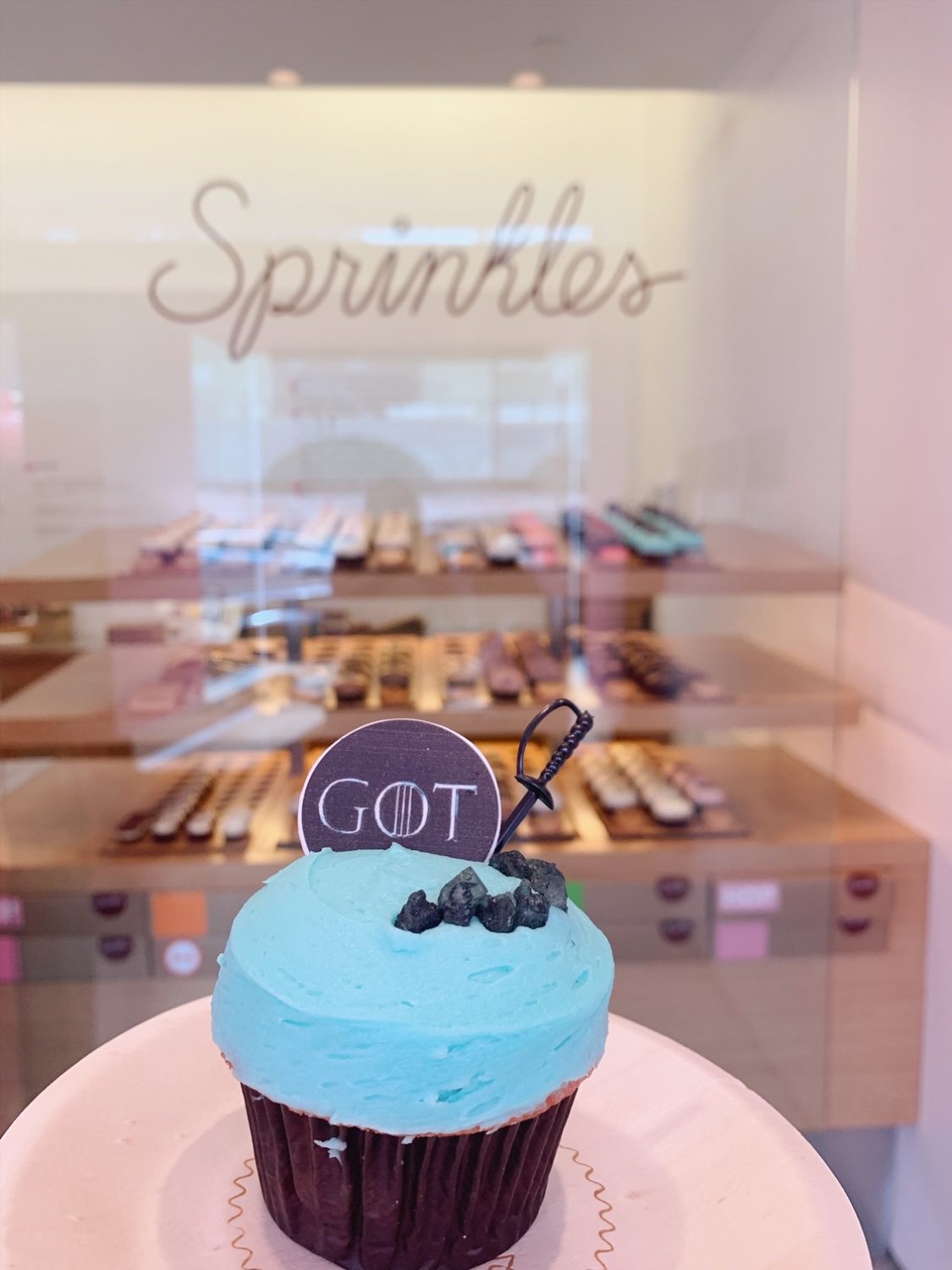 Speaking of cool limited edition cupcakes, last weekend, in honor of the series final, Sprinkles had this adorable Game of Thrones cupcake. (I’m still not over the finale. What a joke that was).

Even though Georgetown cupcakes has their own TV show, Sprinkles definitely has more buzz. Not only is Sprinkles the FIRST ever cupcake bakery but they also launched those iconic cupcake ATMs (which are always all over Instagram!).

It looks like we have a TIE! Which means, it all comes down to presentation. 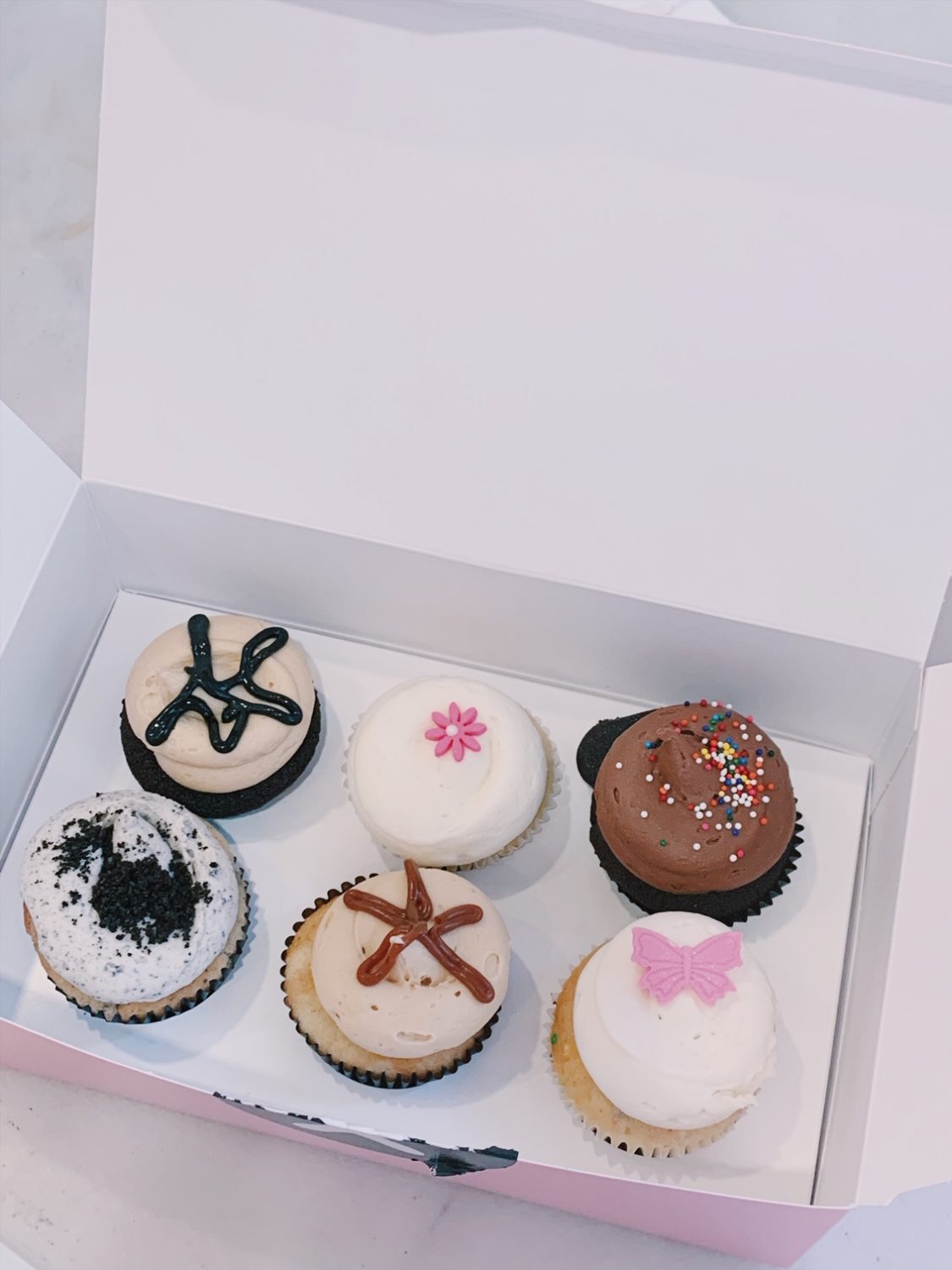 Personally, I think the cupcakes at Georgetown Cupcake are cuter than the ones at Sprinkles. They almost look homemade or like you yourself could have easily decorated them. They’re simple, but adorable. 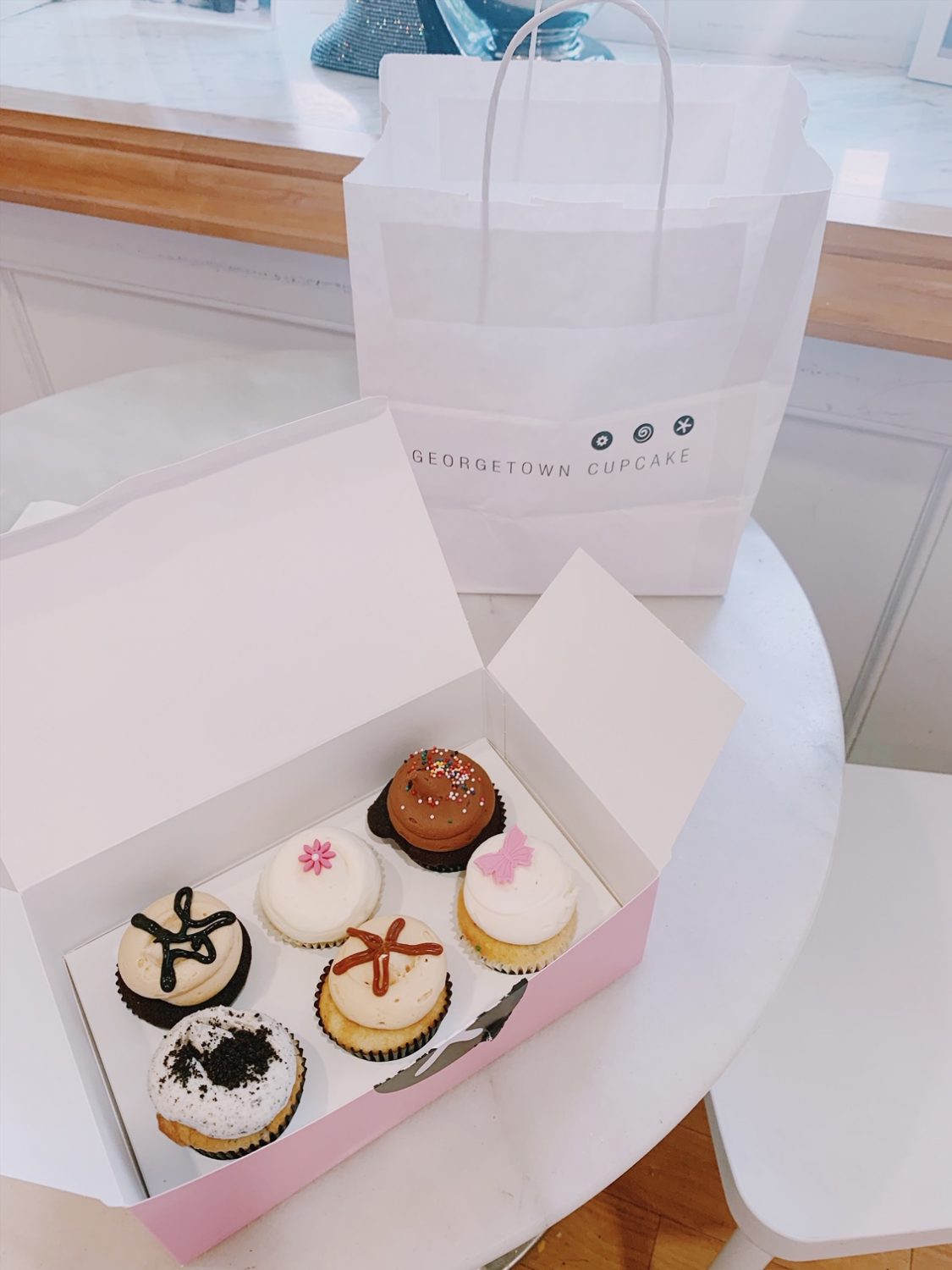 WINNER: Georgetown Cupcake (by ONE point!)

Have you ever tried Georgetown Cupcake or Sprinkles Cupcakes? Which one did you prefer?