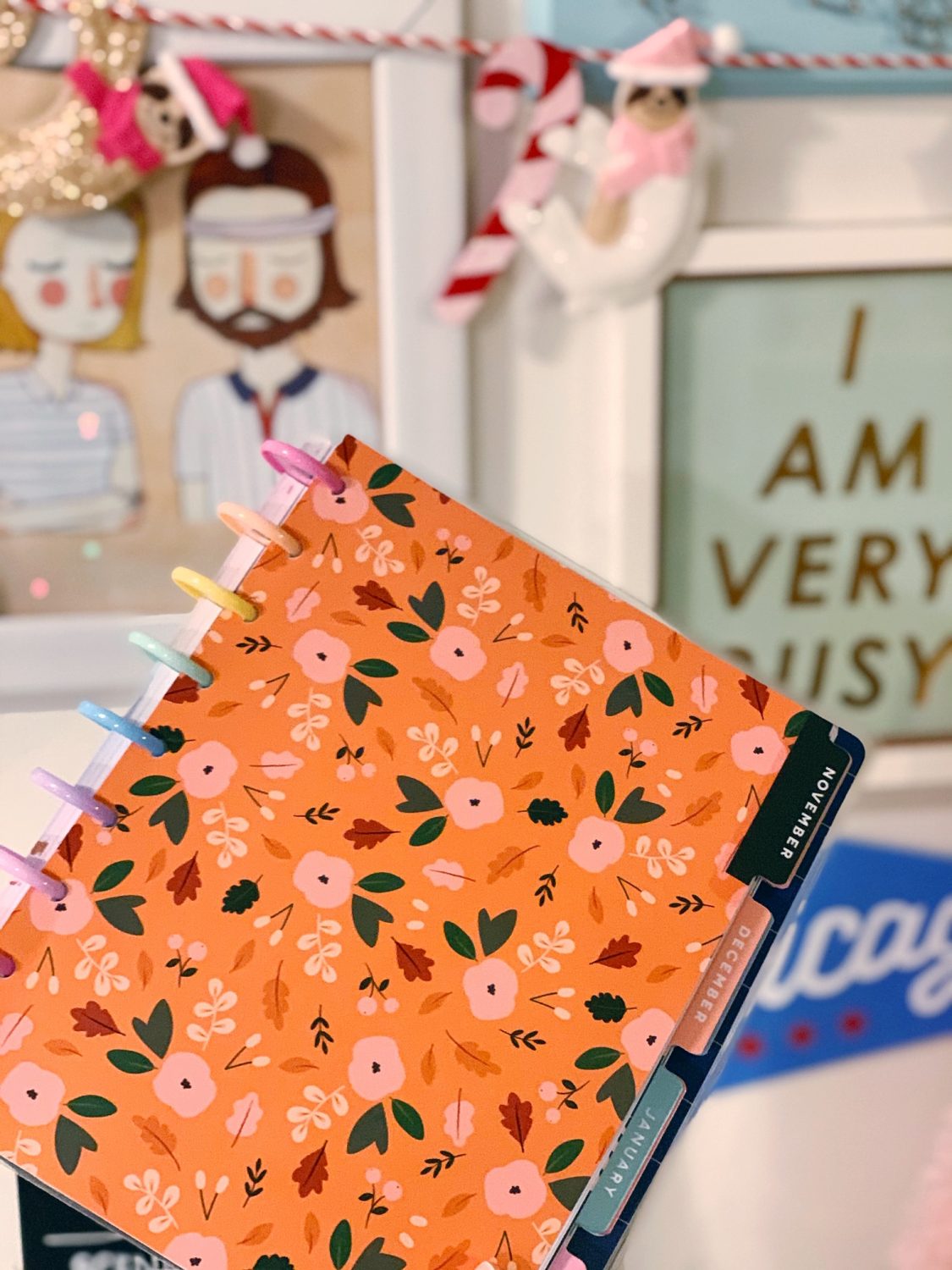 Happy Wednesday! It’s Thanksgiving Eve. Is that a thing? Probably not. I’m so happy because I have a four day weekend (we get Thanksgiving and Black Friday off at my job) and tomorrow I’ll be spending all day watching Disney + and eating delicious food.

Ah, what a time to be alive!

If you guys haven’t noticed, I’ve been sharing my weekly planner spreads by month posts PRIOR to the month ending, instead of after the month is already over. So since Friday I’ll be posting my “12 Months of Happiness” post, that leaves today as the day to share this month’s planner spreads. 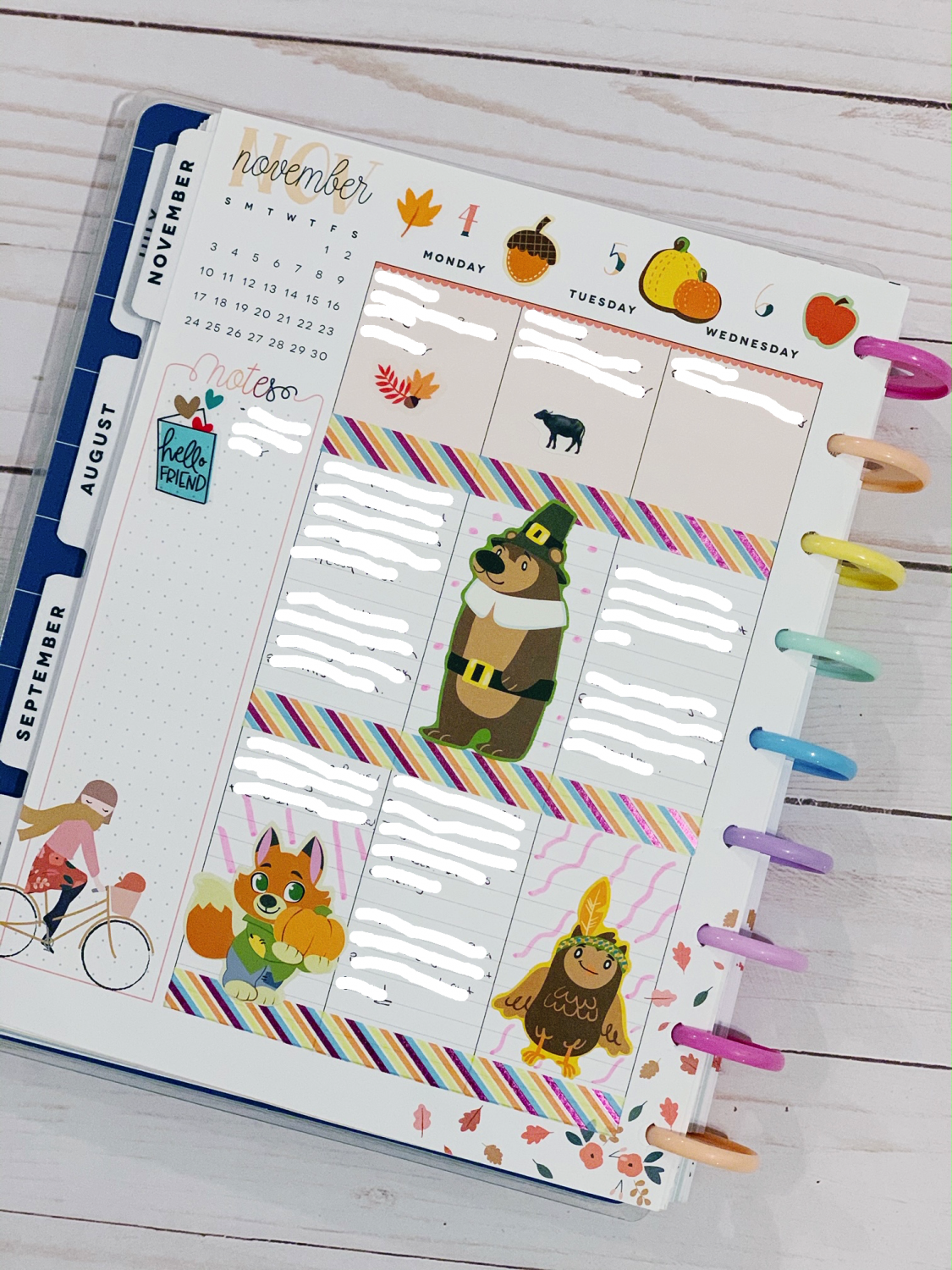 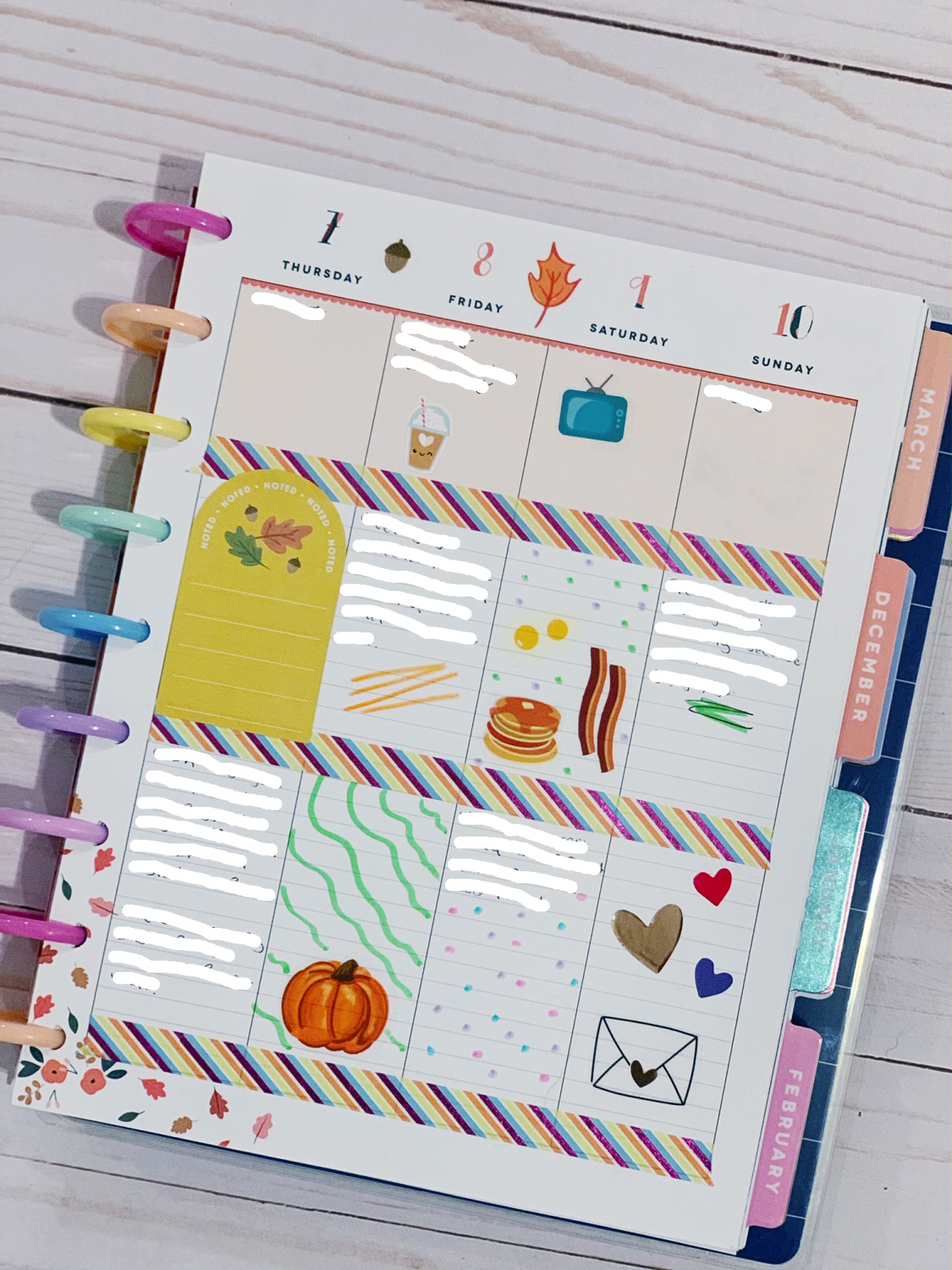 Can you tell that I tried to go for a “Thanksgiving/fall” theme for the first week of November? I mean nothing says “Thanksgiving” quite like a pilgrim bear sticker.

I’m not much of a sports fans but I had the best time at the basketball game! Definitely a great way to start off the month. 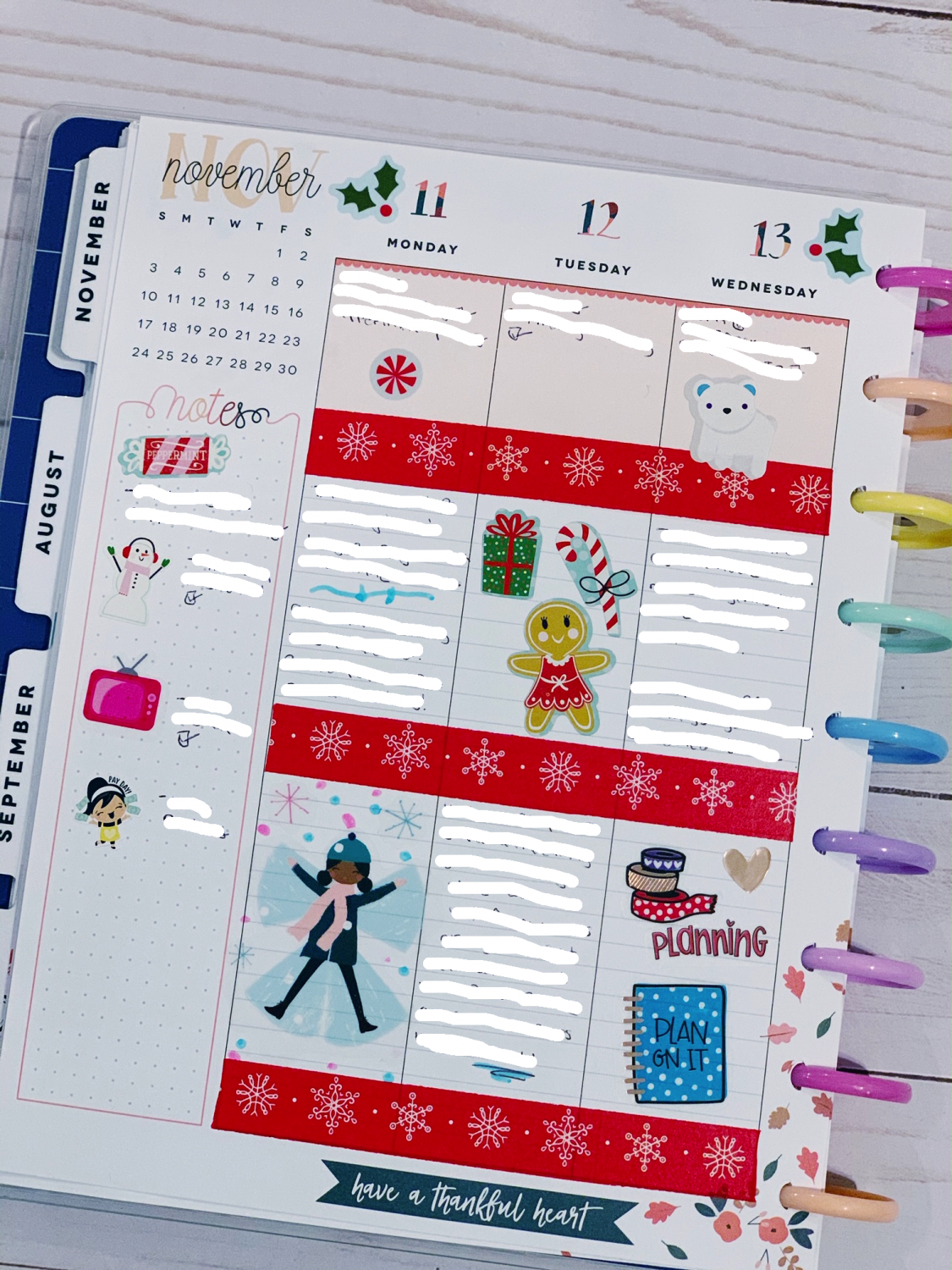 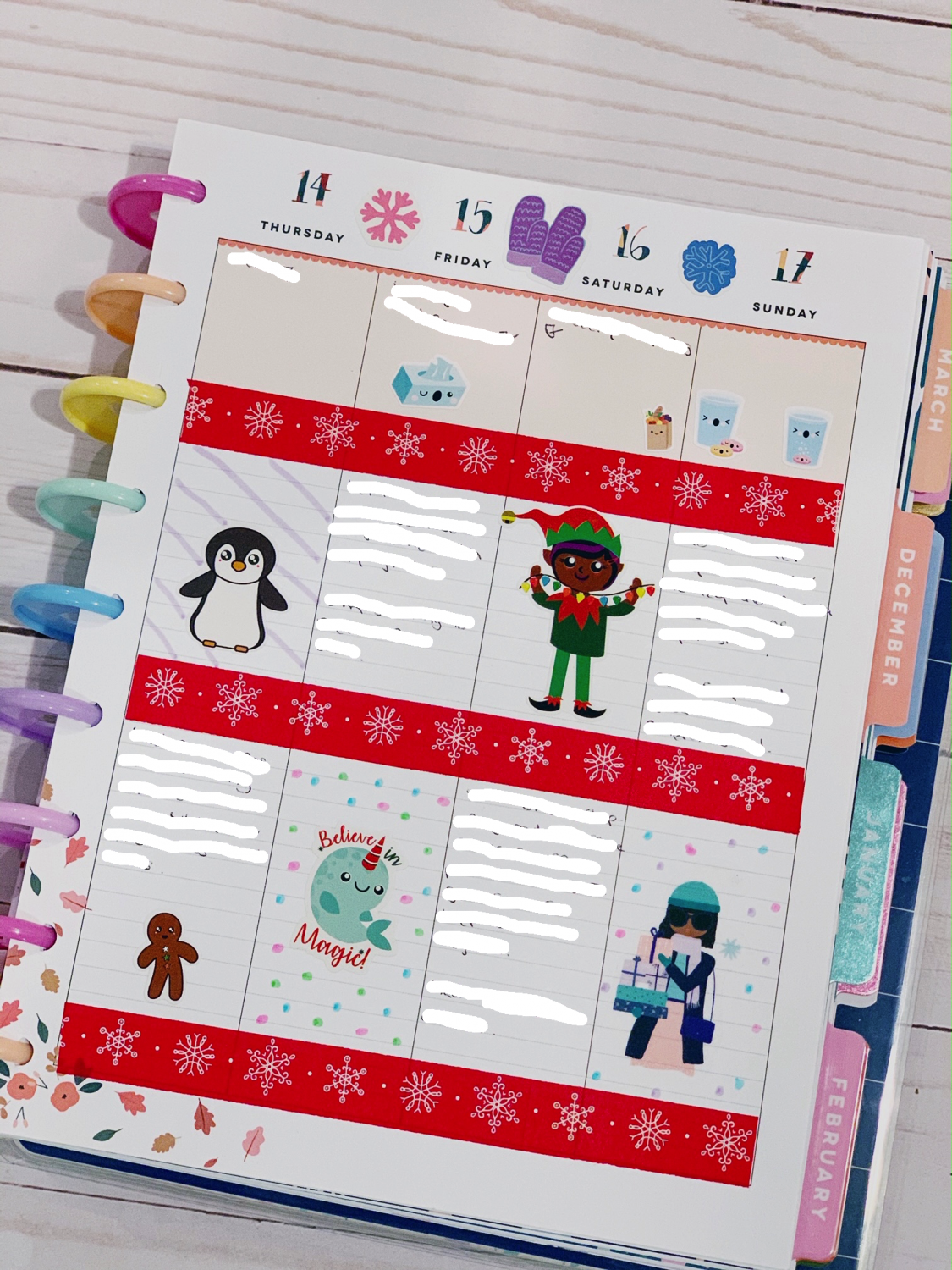 I tried to stick with the fall theme for November, I really did but < Christmas. The main reason I decided to decorate with a winter/Christmas theme is because Chicago got it’s first snow of the season. (Fun fact: I love snow!). It only snowed that one day and it didn’t stick or anything. And it hasn’t snowed again since. 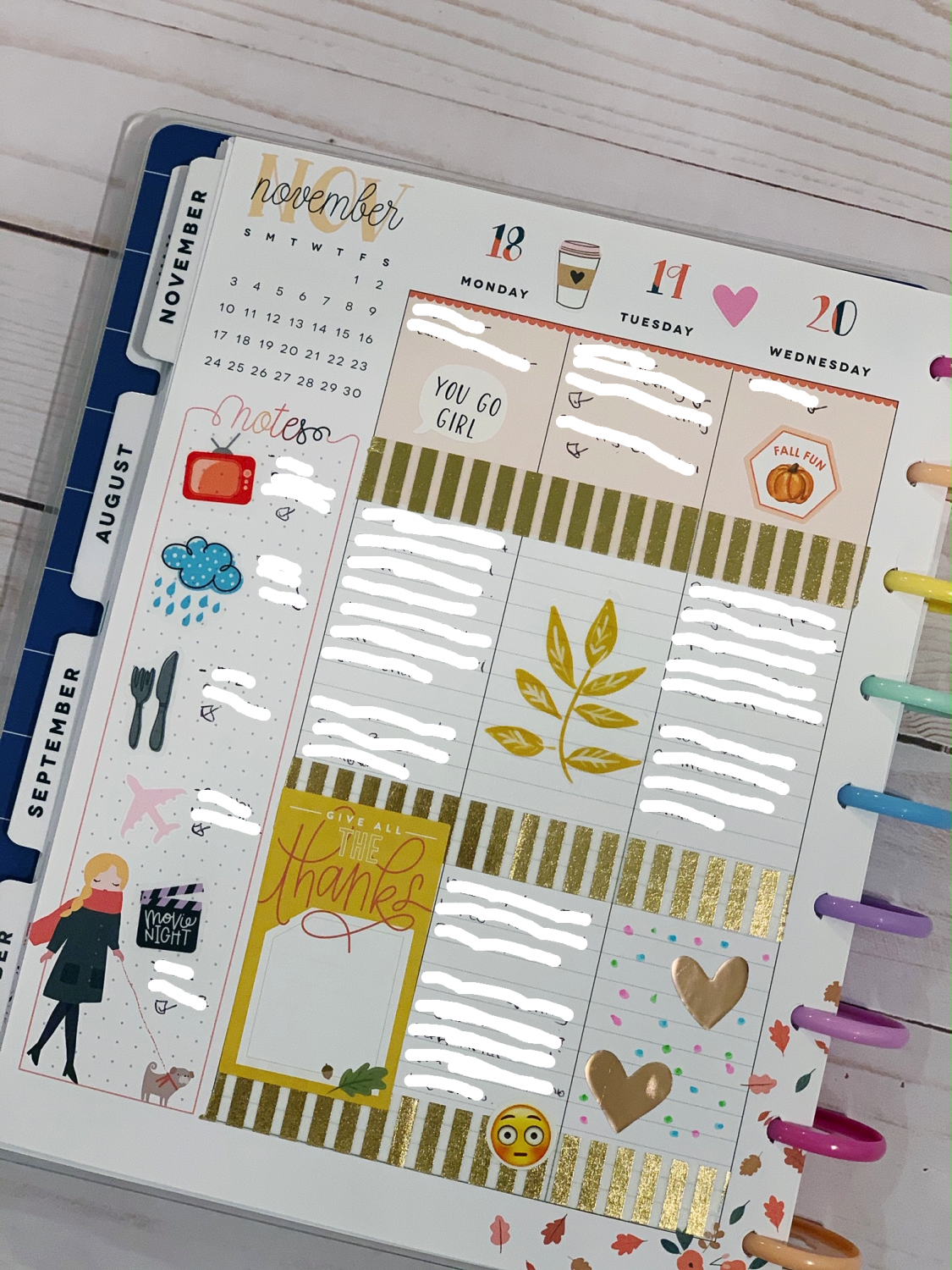 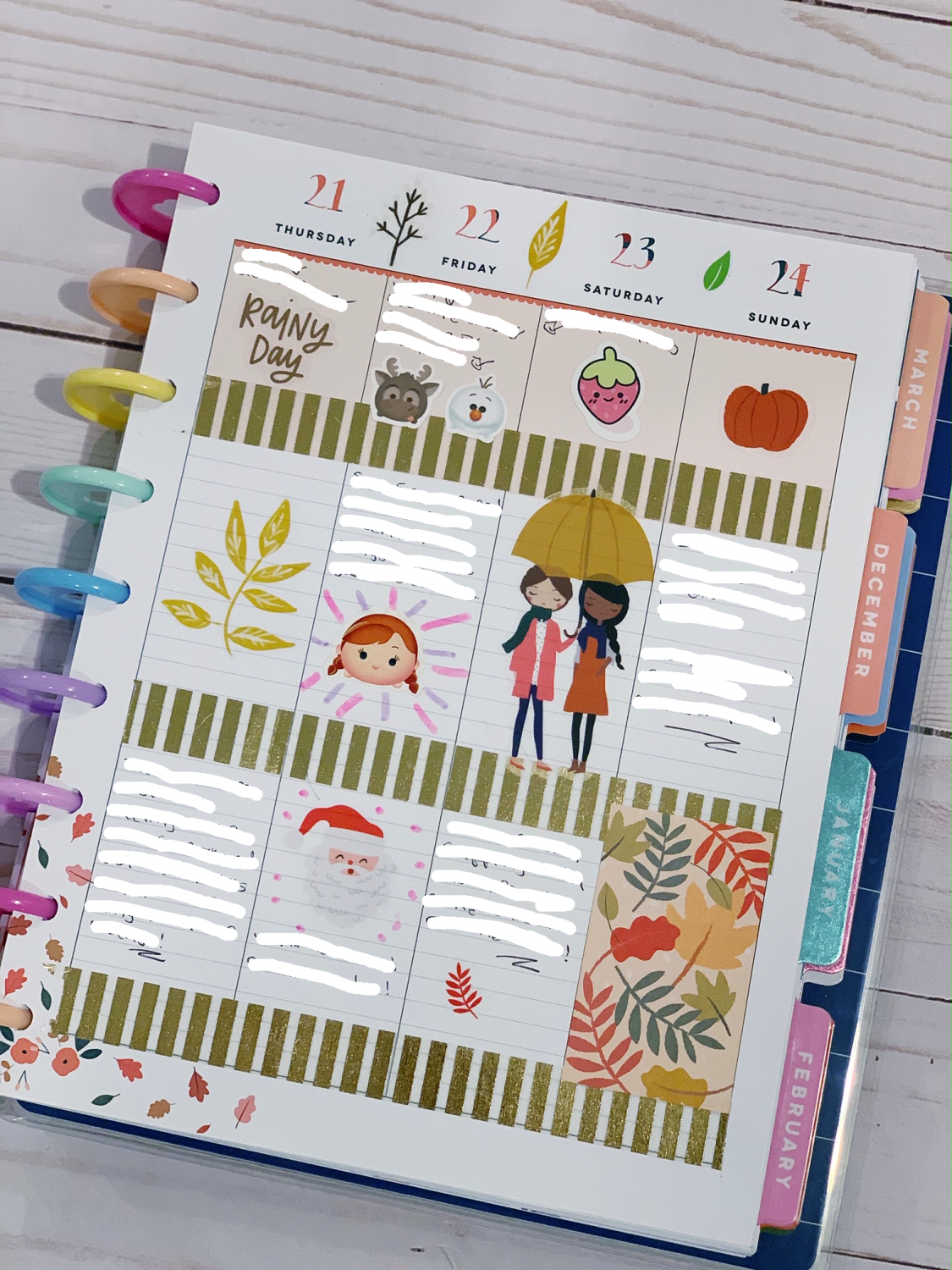 Hey look, another fall theme! Yay me. The third week of November was a pretty busy one. I won opening night tickets to see The Simon & Garfunkel Story on November 19th. Then on Friday (the 22nd) I saw Frozen 2 and went to a super adorable Christmas themed pop up bar with my friend.

It also rained a ton that week! But hey, I enjoy the rain.

Since this week isn’t over, my planner is only decorated up until last night. (I normally decorate right before I go to bed). So far this week has been great. Since this week’s spread ends December 1st, I had to break out the Christmas washi + stickers!