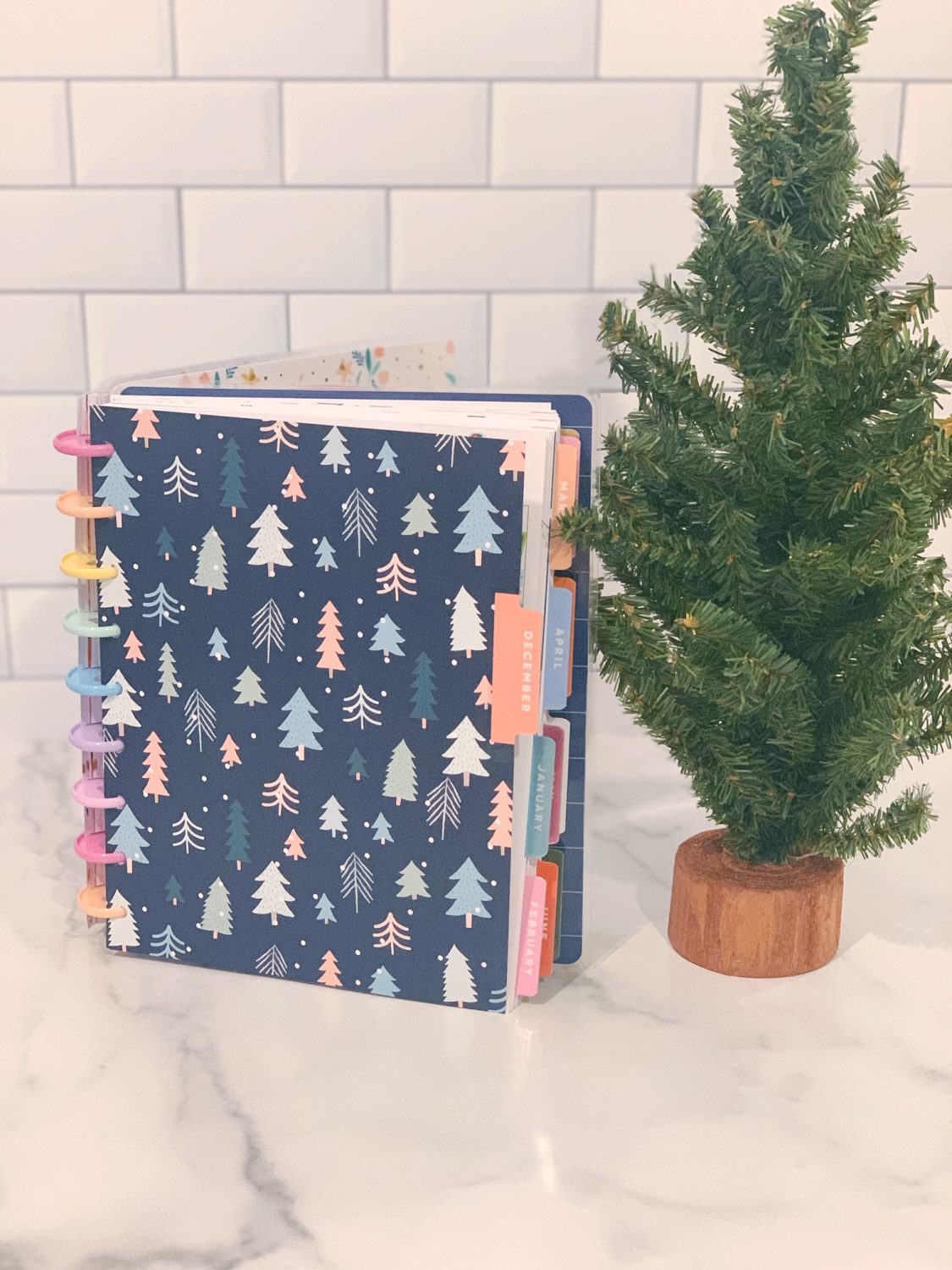 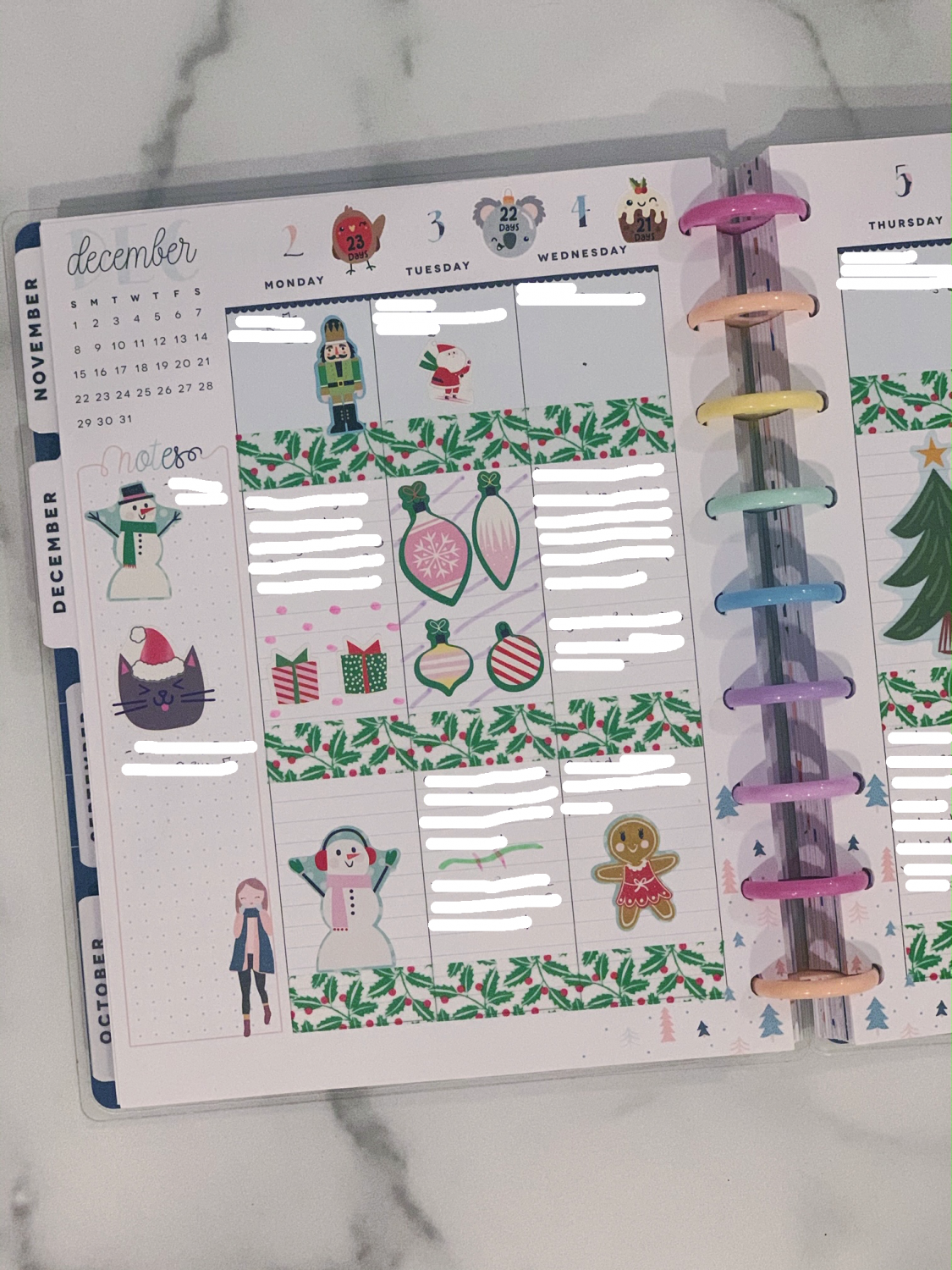 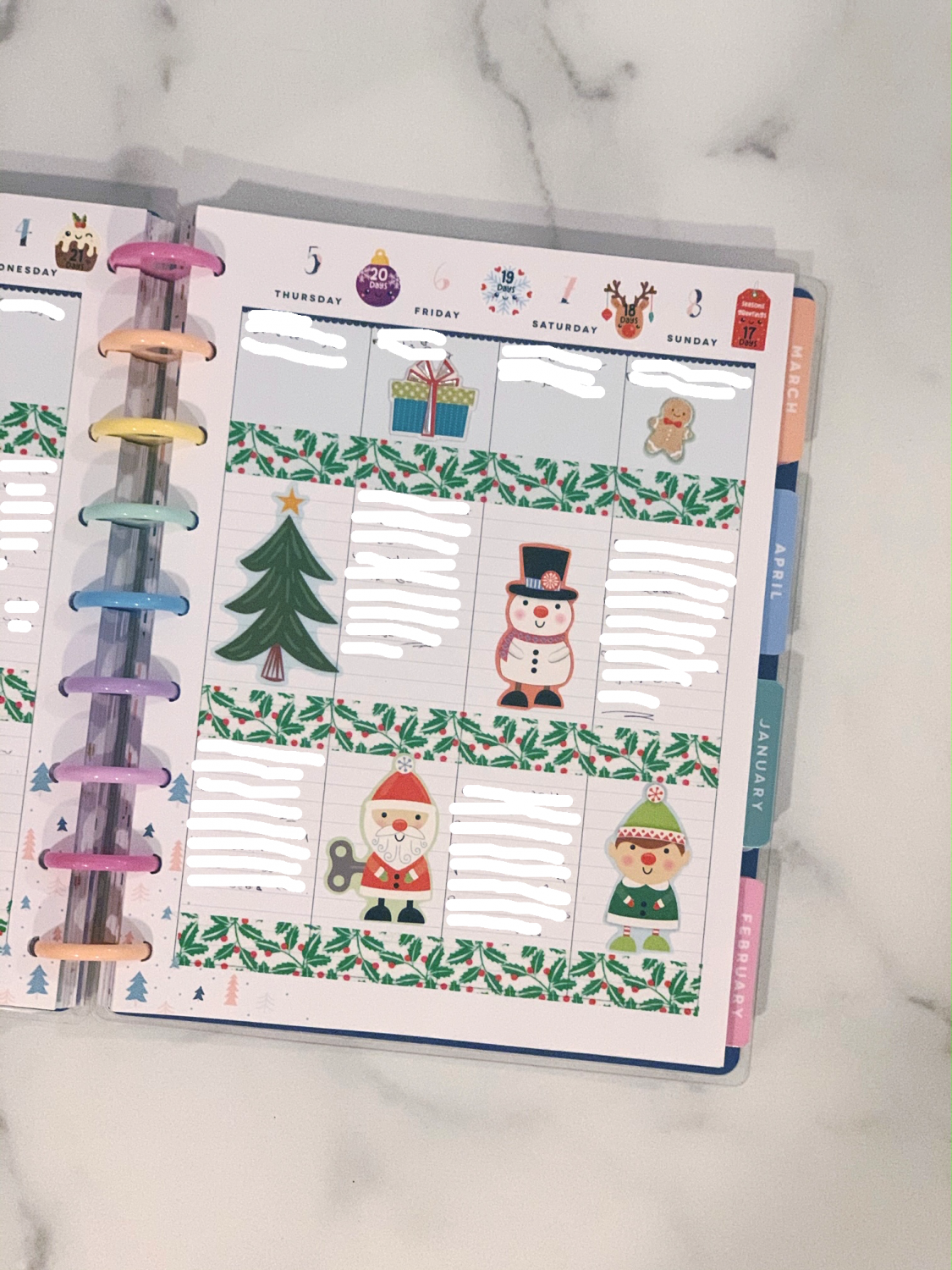 The first week of December was really fun because I traveled to DC and Philly to visit two of my best friends.

It’s not secret I love Christmas/this is my favorite time of yea so I loved decorating my planner with all my Christmas washi and stickers.

How adorable are my little Christmas countdown stickers at the top by the dates? 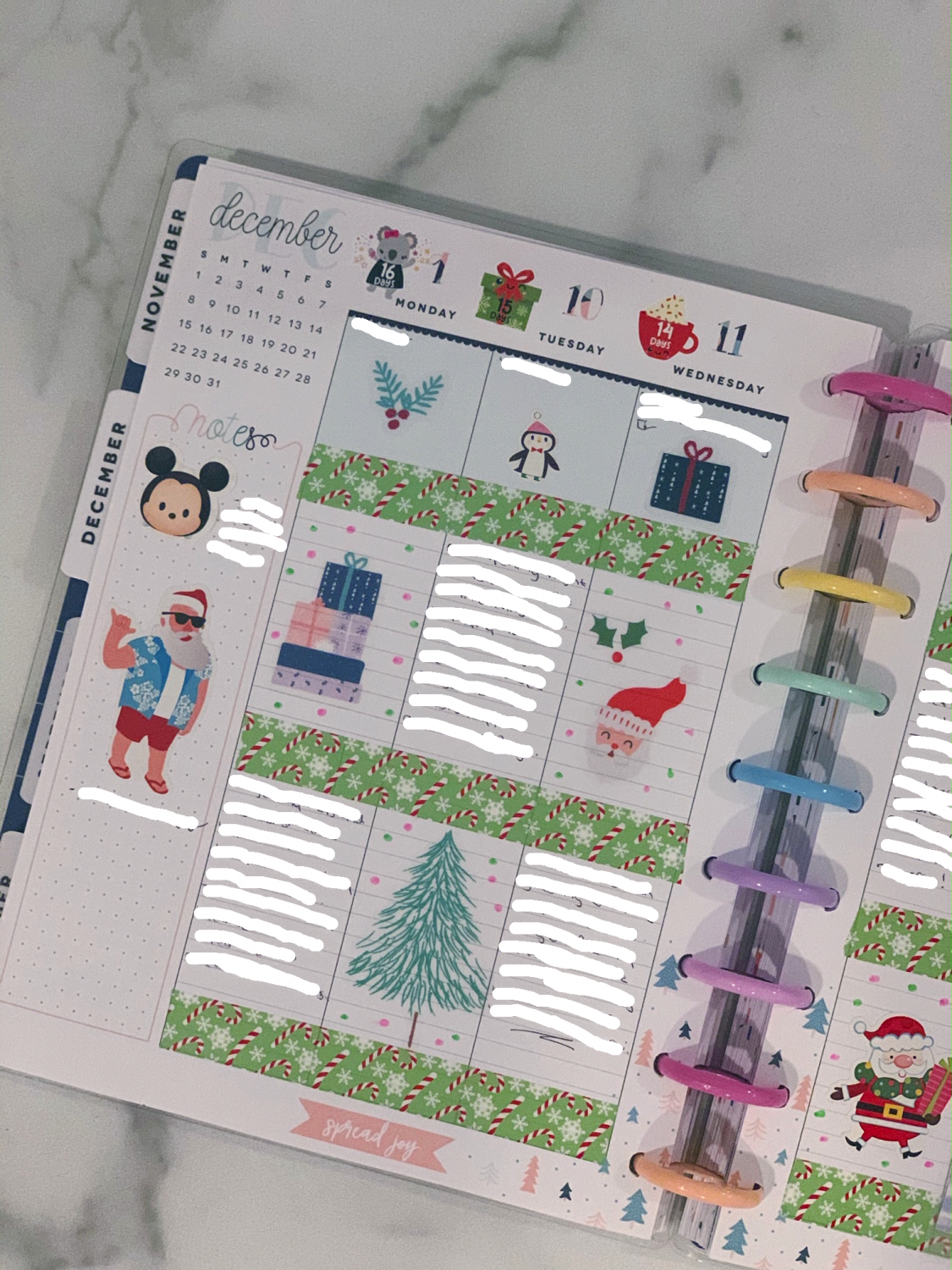 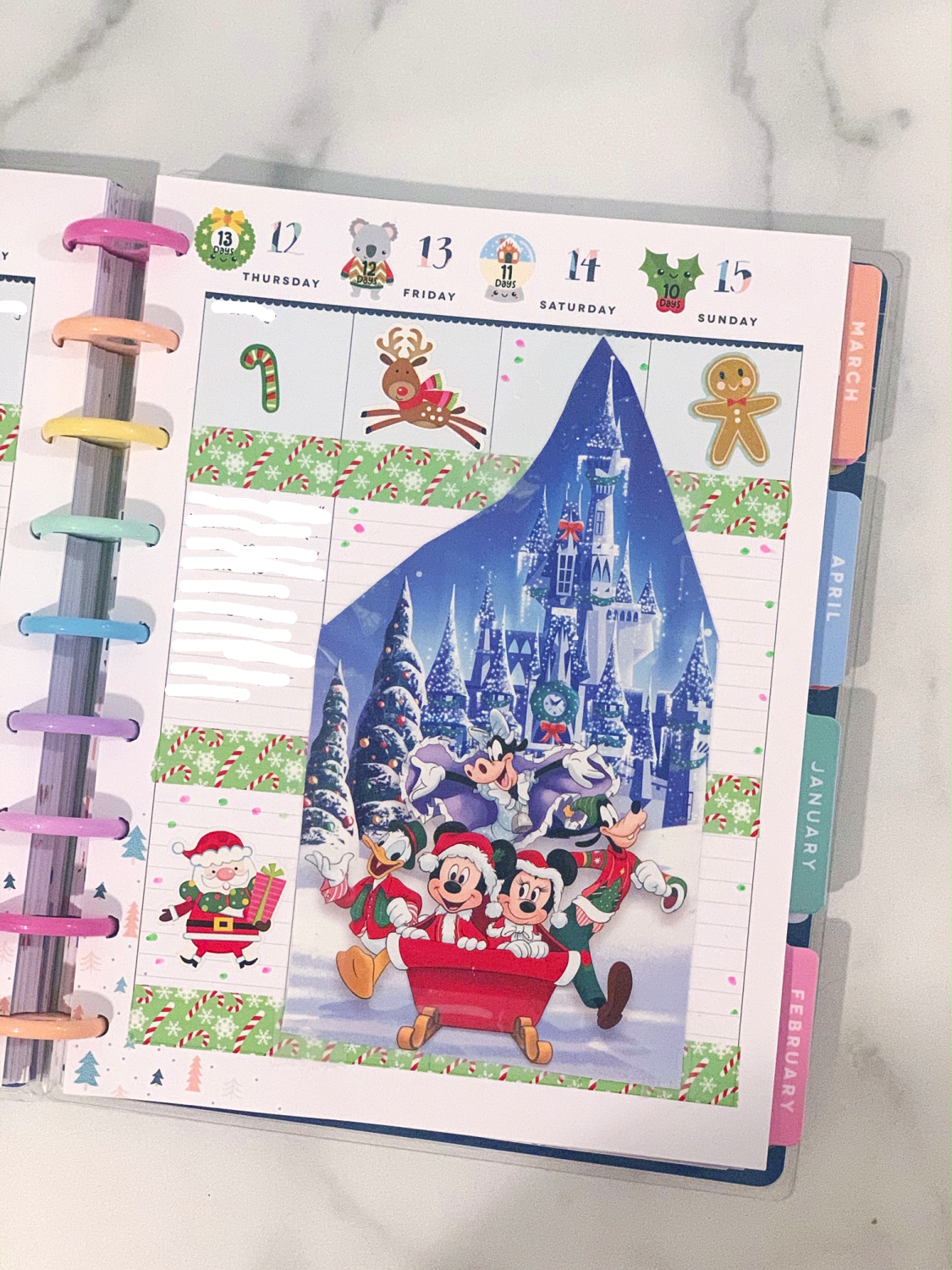 Another week of travel! But this time I was in Florida visiting Universal Orlando and Disney World. Since I was in Florida during the holidays, I used this super cute sticker of Santa in shorts and shades. I thought it fit perfectly.

I also thought it would be cool to tape in the map from Mickey’s Christmas Party into my planner layout. I think it turned out super cute! I already miss Disney so much. But I’ll be back in February! 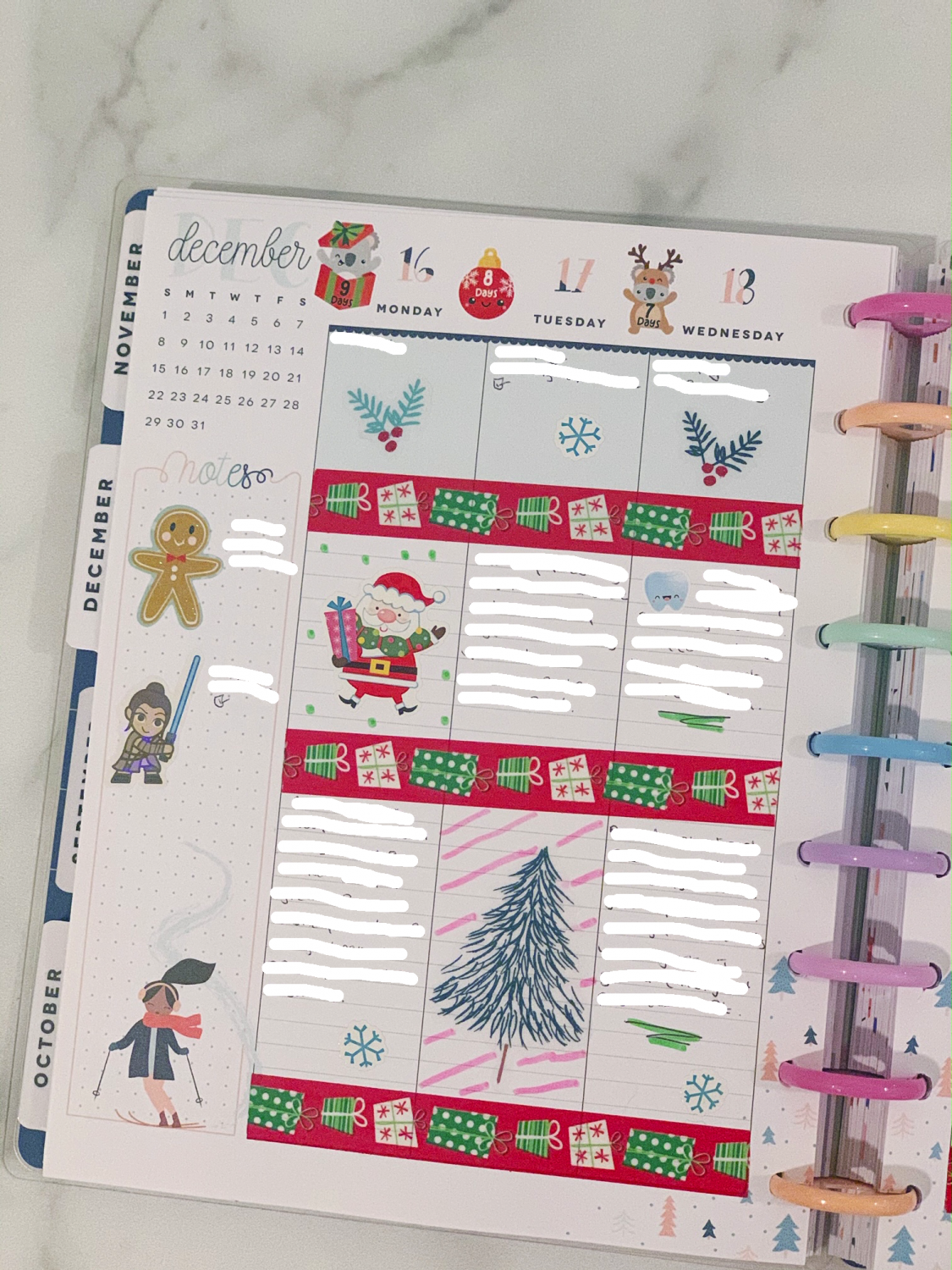 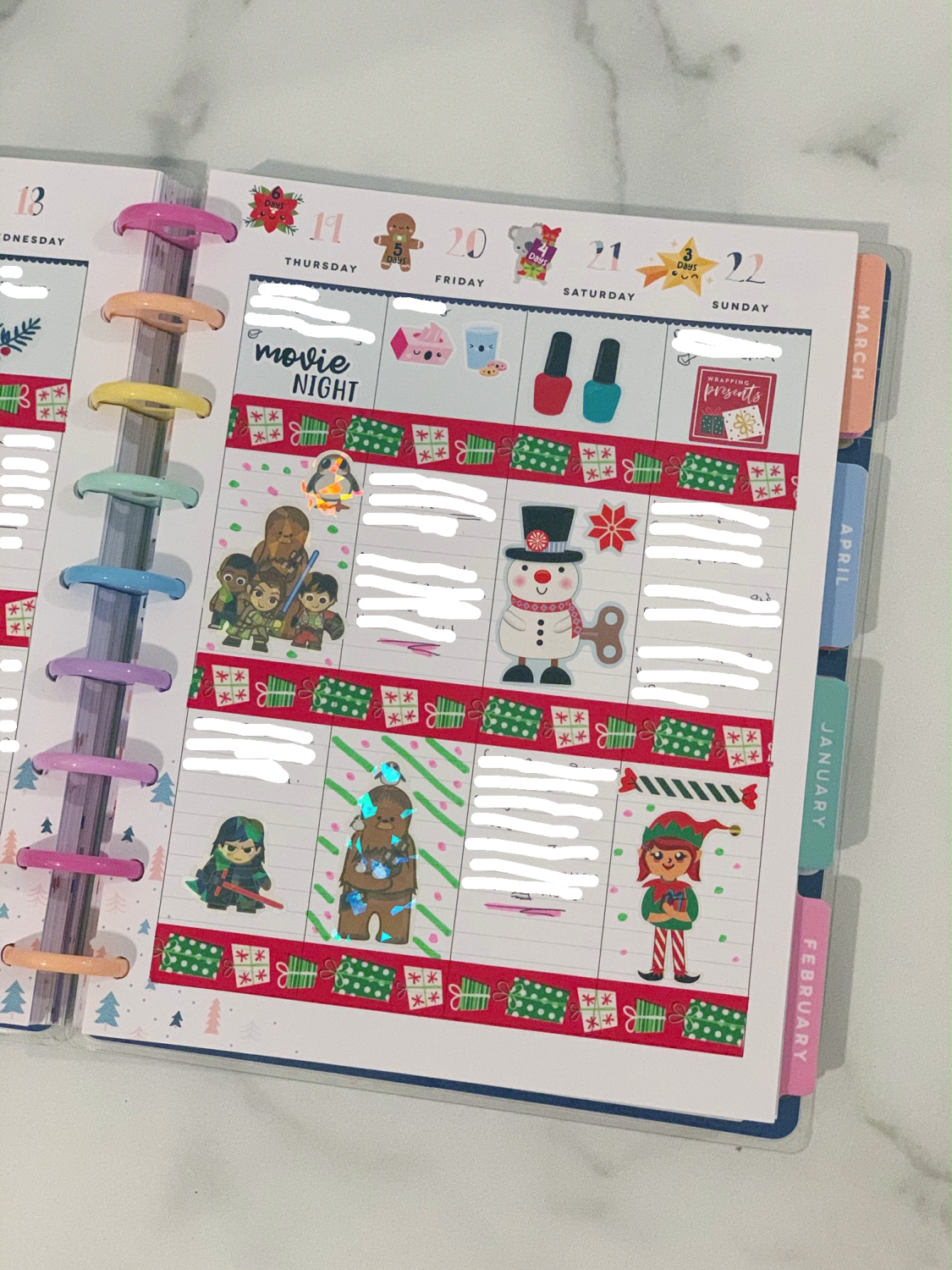 Gosh December flew by! It’s kind of a catch 22 because on the one hand, I want Christmas to hurry up and come. But on the other hand, I don’t want the holidays to ever end. Sigh.

I saw Star Wars: The Rise of Skywalker during the third week of December. (Hence all the Star Wars stickers). I also got a mani pedi (a little early Christmas gift from my mom!). 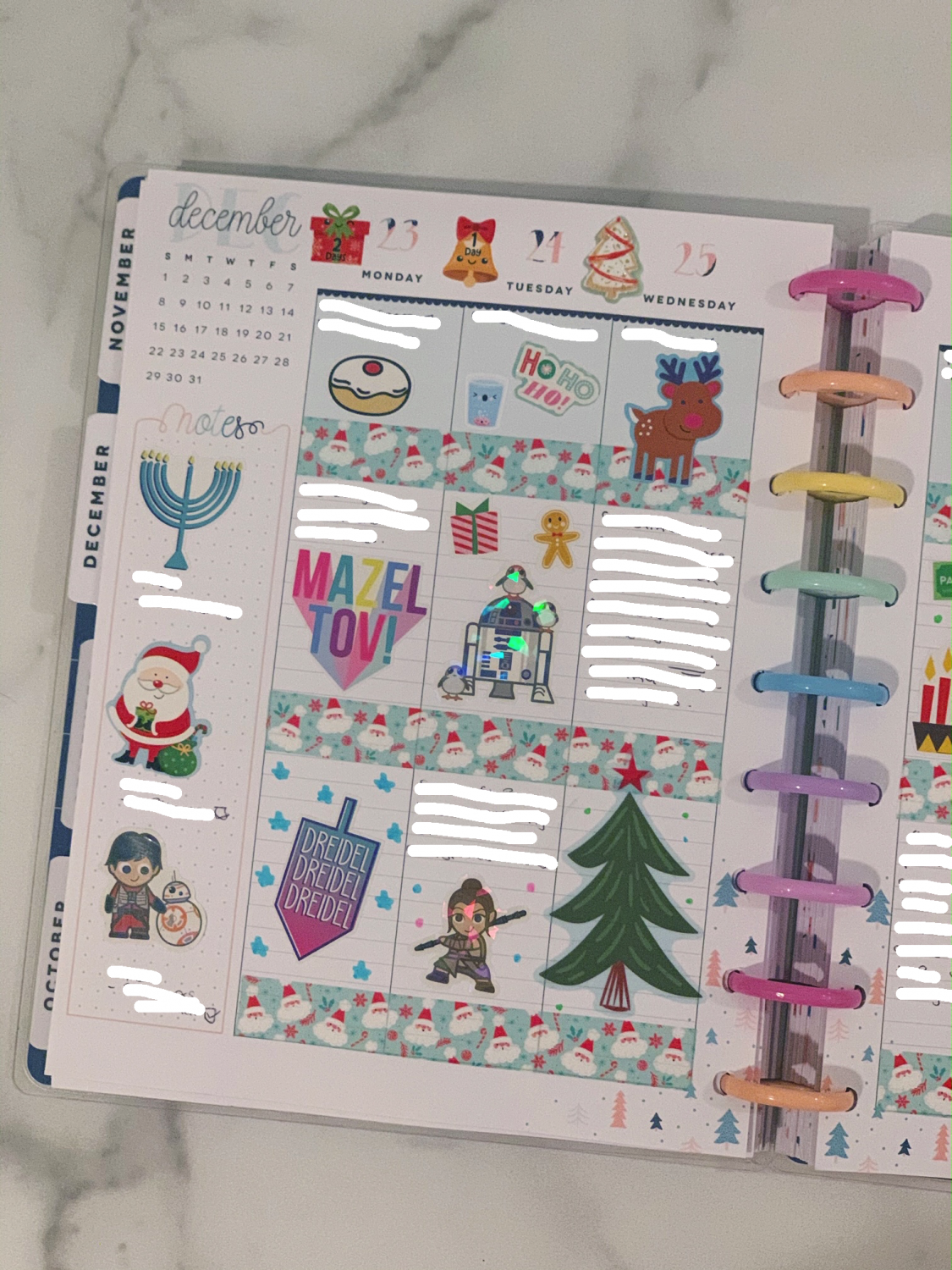 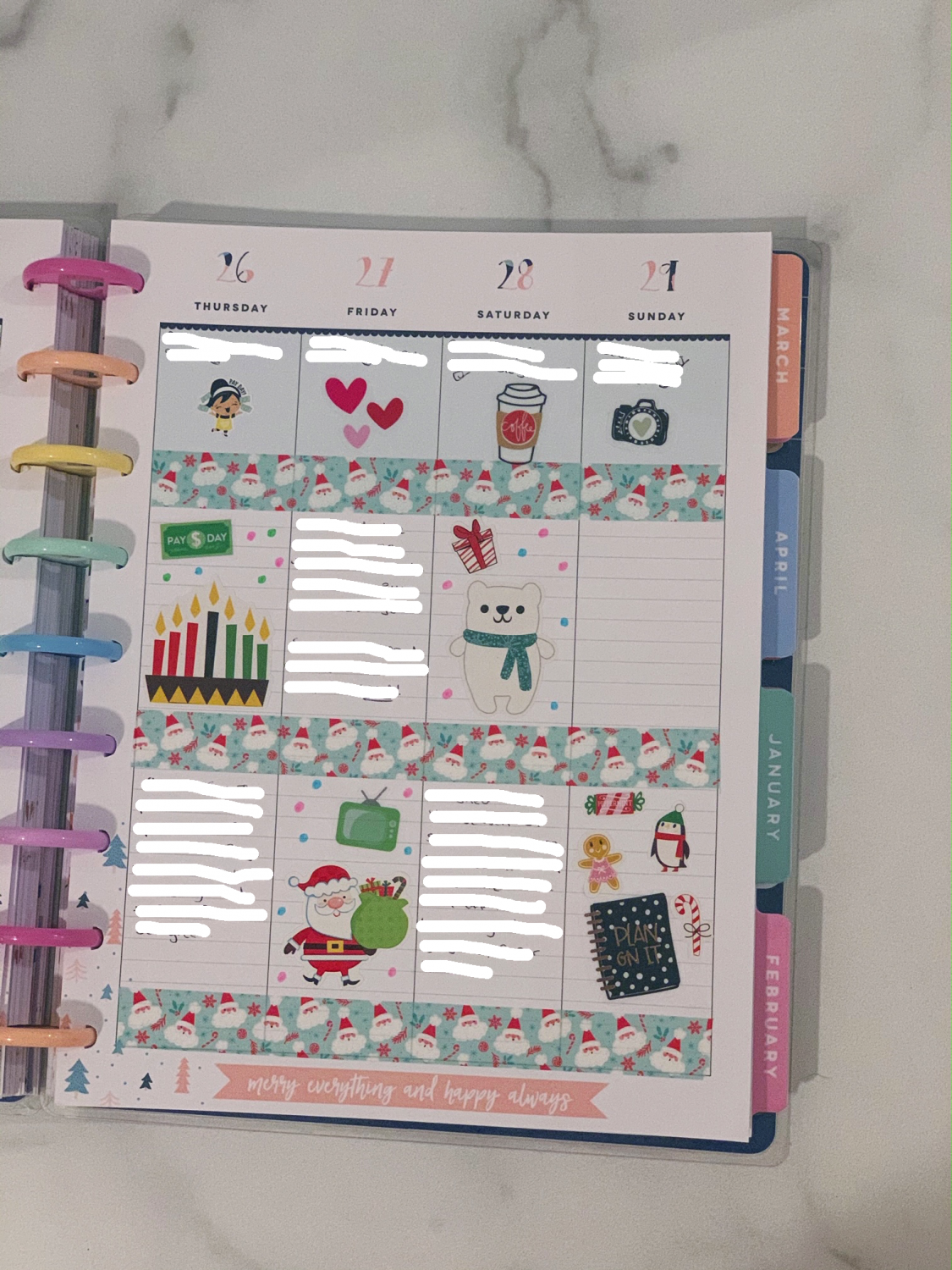 And that brings us to the final week of December. I loved that the beginning of Hanukkah, Christmas and start of Kwanzaa all fell in the same week. So festive! Although I don’t celebrate Hanukkah or Kwanzaa, I still decorated my planner with themed stickers for those holidays (because why not!).