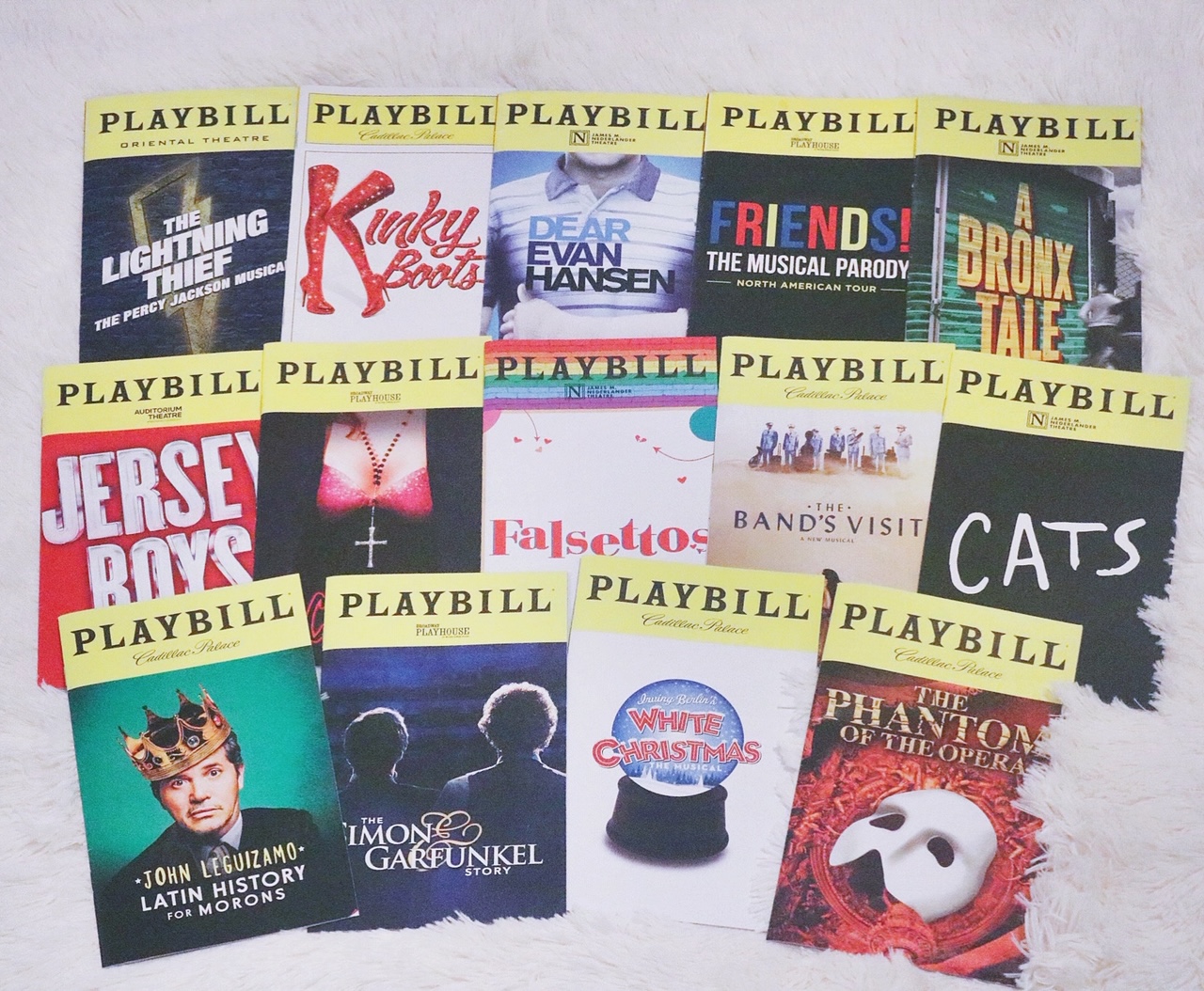 Pictured above are the Broadway musicals/shows that I saw in 2019. Not to bad for one year but I plan on seeing WAY more in 2020. I don’t really do New Years resolutions, but I do like to set goals for myself. And one of my goals this year is to see MORE Broadway shows than I did last year.

In fact, I already have tickets to see Mean Girls, Hadestown, Moulin Rouge and Beetlejuice this month (January)! Although tons of great shows tour here in Chicago, I plan on taking a few trips to NYC this year just to see more Broadway shows. (In fact, I’m heading on my first ‘Broadway trip’ to NYC next weekend!).

And since I love Broadway and doing these Tag/Q&A posts, today I’m combining the two!

3. Which Broadway shows are you dying to see? Beetlejuice and Hadestown. (Can’t wait to see them both next weekend!).

4. Broadway show that surprised you the most? SpongeBob SquarePants: The Broadway Musical. I went in with zero exceptions and thought it would pander to kids but man was I wrong. It was HILARIOUS. I loved it so much.

5. Has a Broadway show ever disappointed you? Charlie and the Chocolate factory. It’s one of the only Broadway shows I’ve seen where I was legit bored.

6. Which Broadway show have you seen the most? The Book of Mormon. I’ve seen it five times. I LOVE it.

7. Which Broadway show would you love to see hit the big screen? Wicked! But I’m so excited for In The Heights to come out later this year.

9. Favorite film adaptation of a musical? A three way tie (again) between Chicago, Annie and The Sound of Music.

10. What musical made you laugh the most? The Book of Mormon and Something Rotten!

If you enjoyed this Broadway Tag, make sure to leave your answers to one (or more) of these questions in the comment section down below!