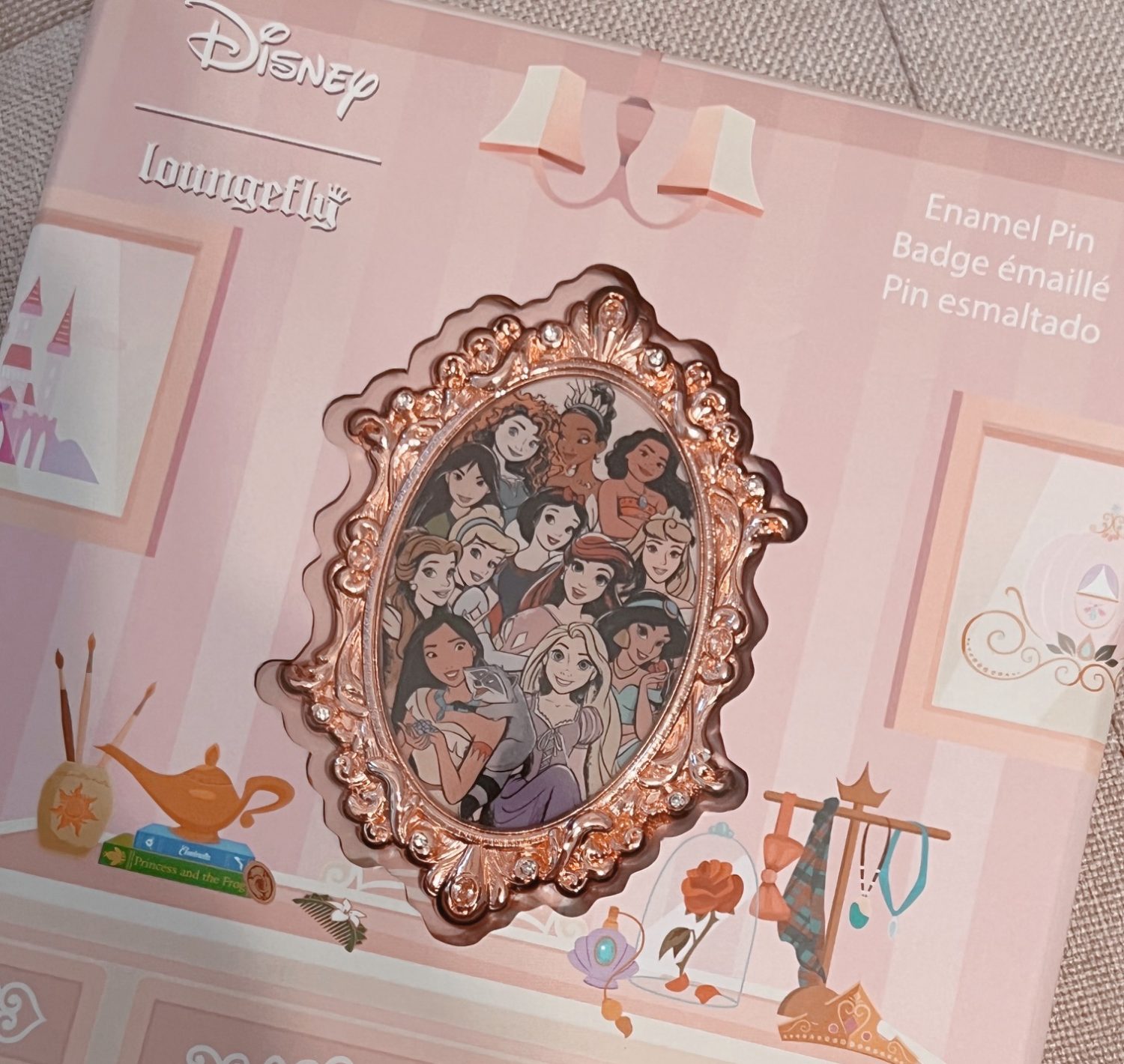 Happy Monday. It’s OCTOBER! A new month means a new monthly pin update post. This month I’m actually going to be posting two update posts for September. This first one is going to be about the new Disney pins I got before my trip to Disneyland. The second pin update post will be decided solely to the pins I bought and traded for while at Disneyland.

So get ready for a Disney pin overload! Are you ready?

Here’s the new pins I got in September: 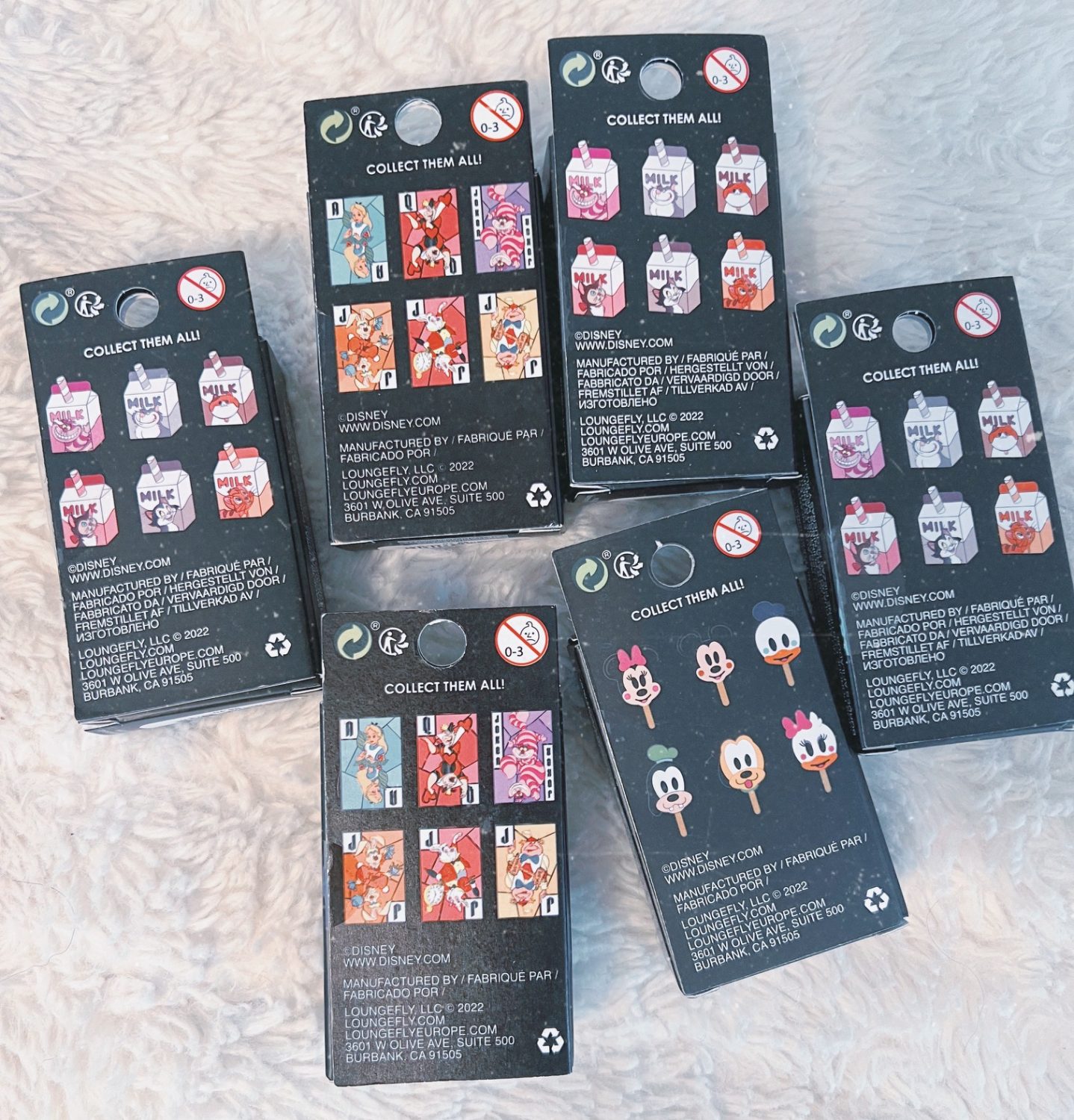 I got a bunch of pin blind boxes from Boxlunch and Hot Topic (what’s new) last month. This first batch are from Hot Topic. They were having a buy two get one free sale + I had coupons, so I picked up a few mystery pin boxes. 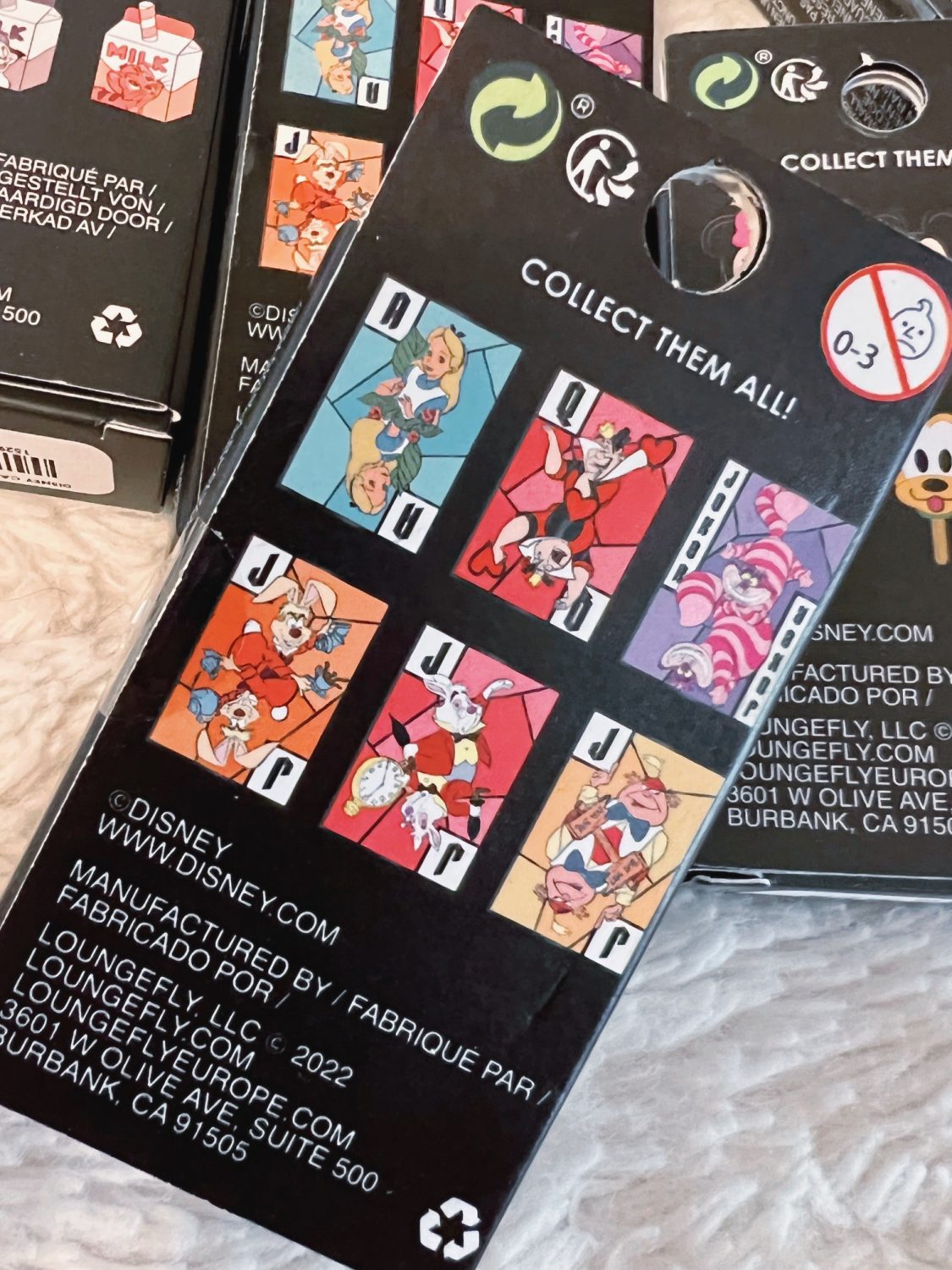 I thought this Alice in Wonderland stain glass windows set looked pretty cool. Since I collect Alice in Wonderland pins I really didn’t care which characters I got but since I only have a few March Hare pins that one was at the top of my must have list. 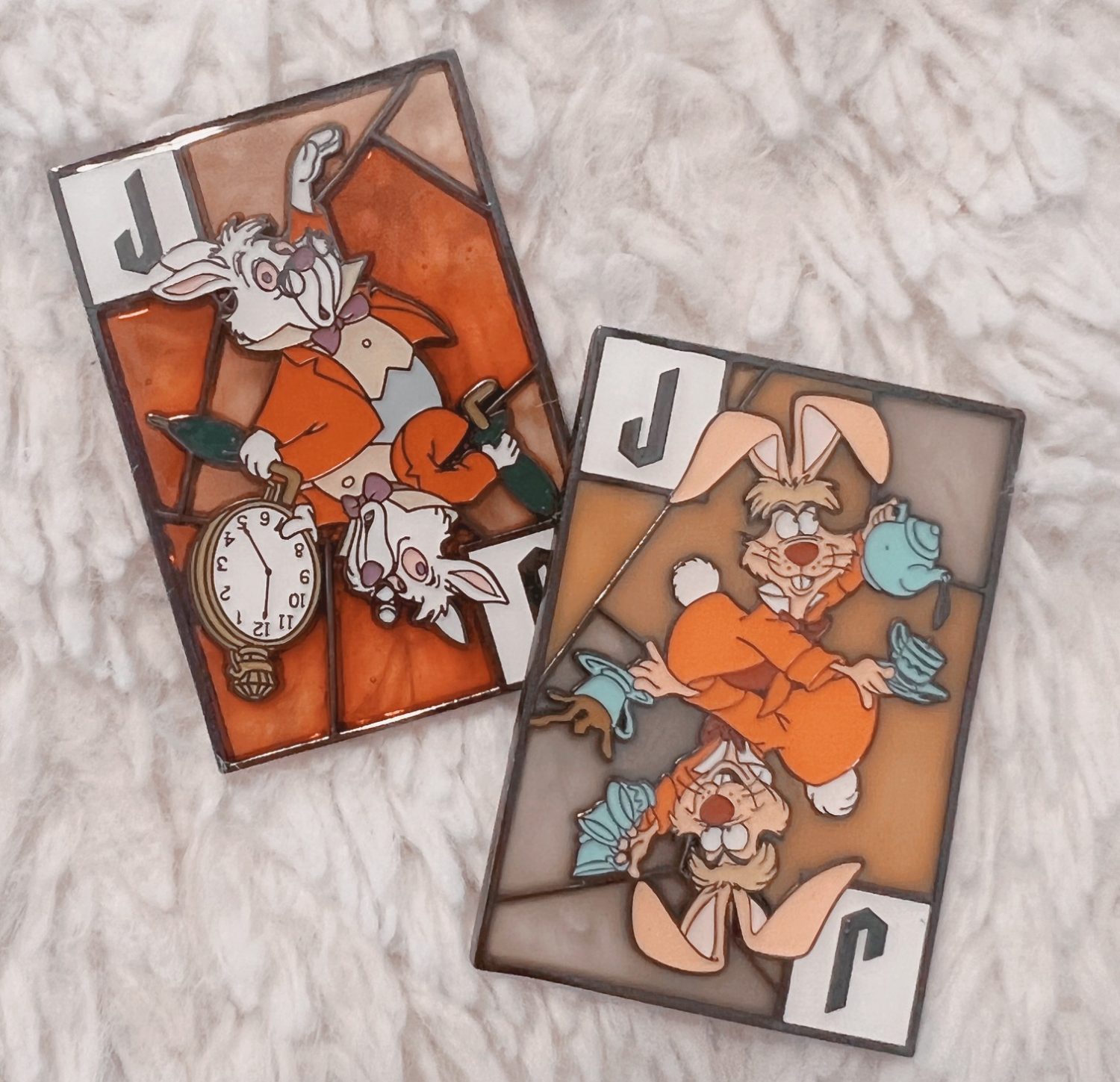 I ended up getting the March Hare (yay) and The White Rabbit. 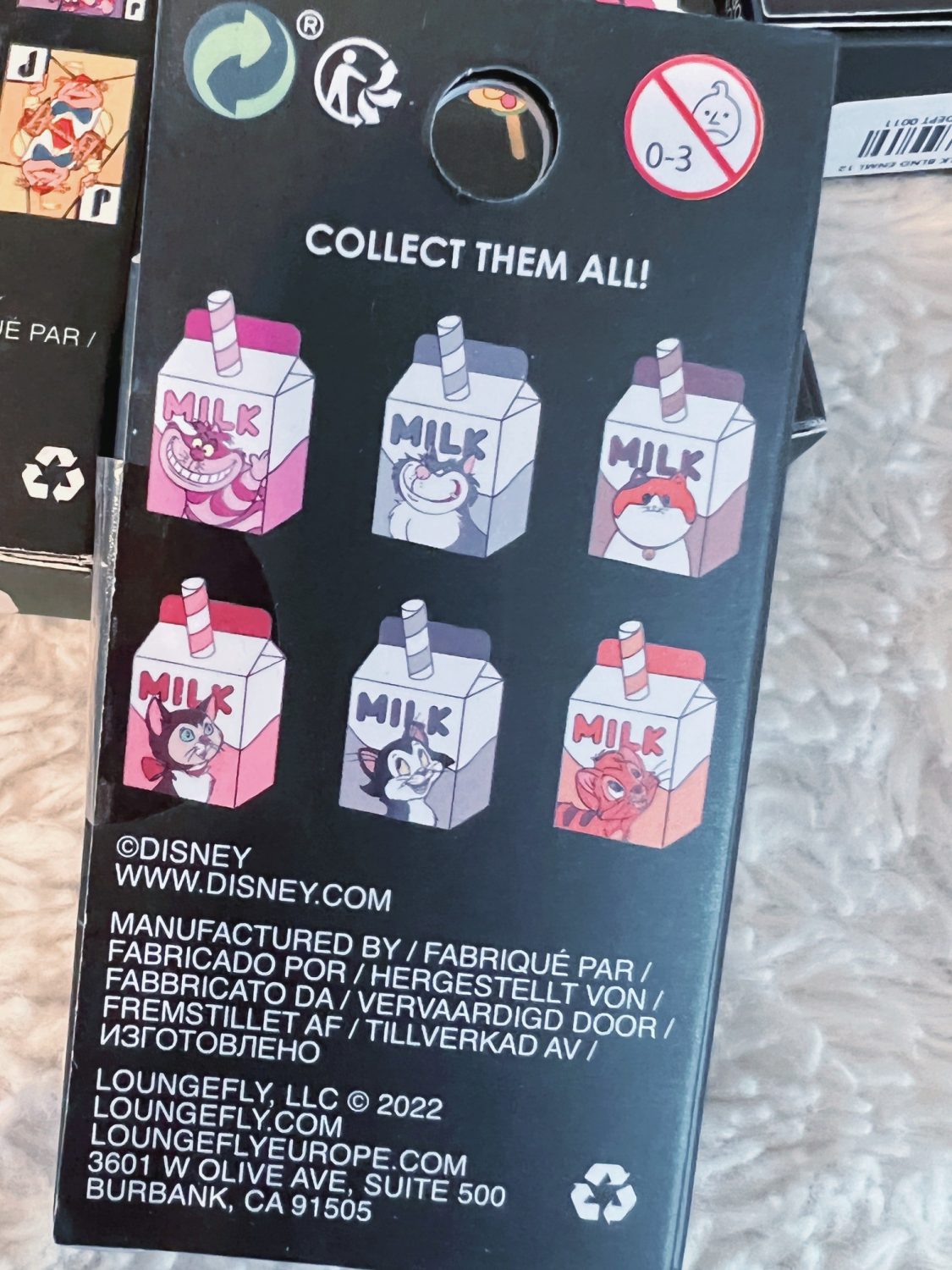 Y’ALL!! I was SO happy to see this pin set back online (they are sold out again!). I missed out when these were first released (last year I think?) and they resale for SO MUCH on eBay. So I made sure to pick up three boxes. As you know I collect Alice In Wonderland and Big Hero 6 pins, so I was crossing my fingers that I got the Cheshire Cat, Dinah and Mochi. Since I got only three boxes (and I wanted three specific characters) I knew there was no way I’d get the exact three I wanted but I was hopeful. 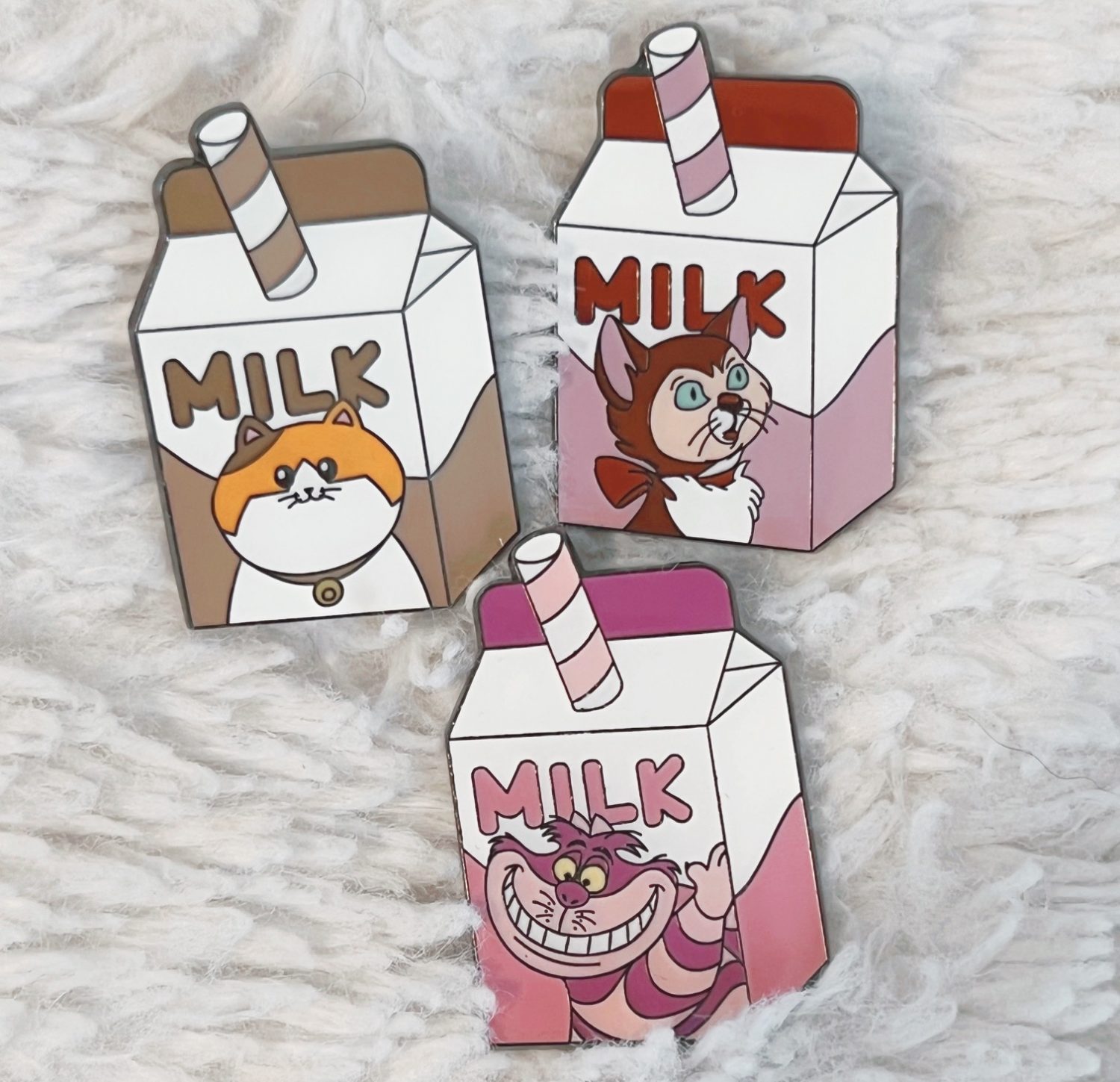 When I tell you I was SHOOK. I got the Cheshire Cat, Dinah AND Mochi?! The EXACT three I wanted?!! Best day ever! 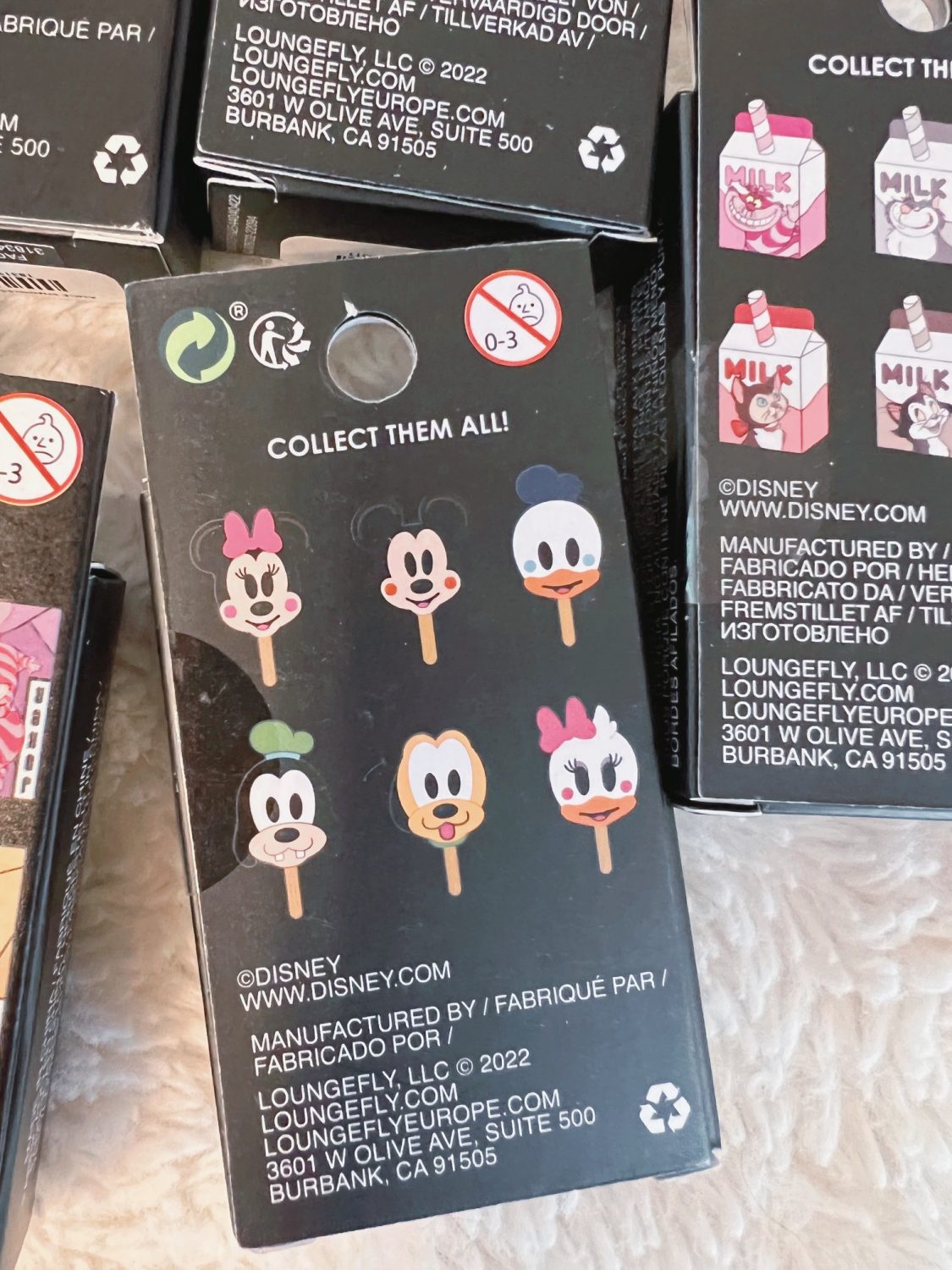 This Fab Five + Daisy ice cream set was on sale for $1 (after applying coupons). If it wasn’t on sale I probably wouldn’t have gotten it but you can’t beat that price. Plus I do collect the fab five. 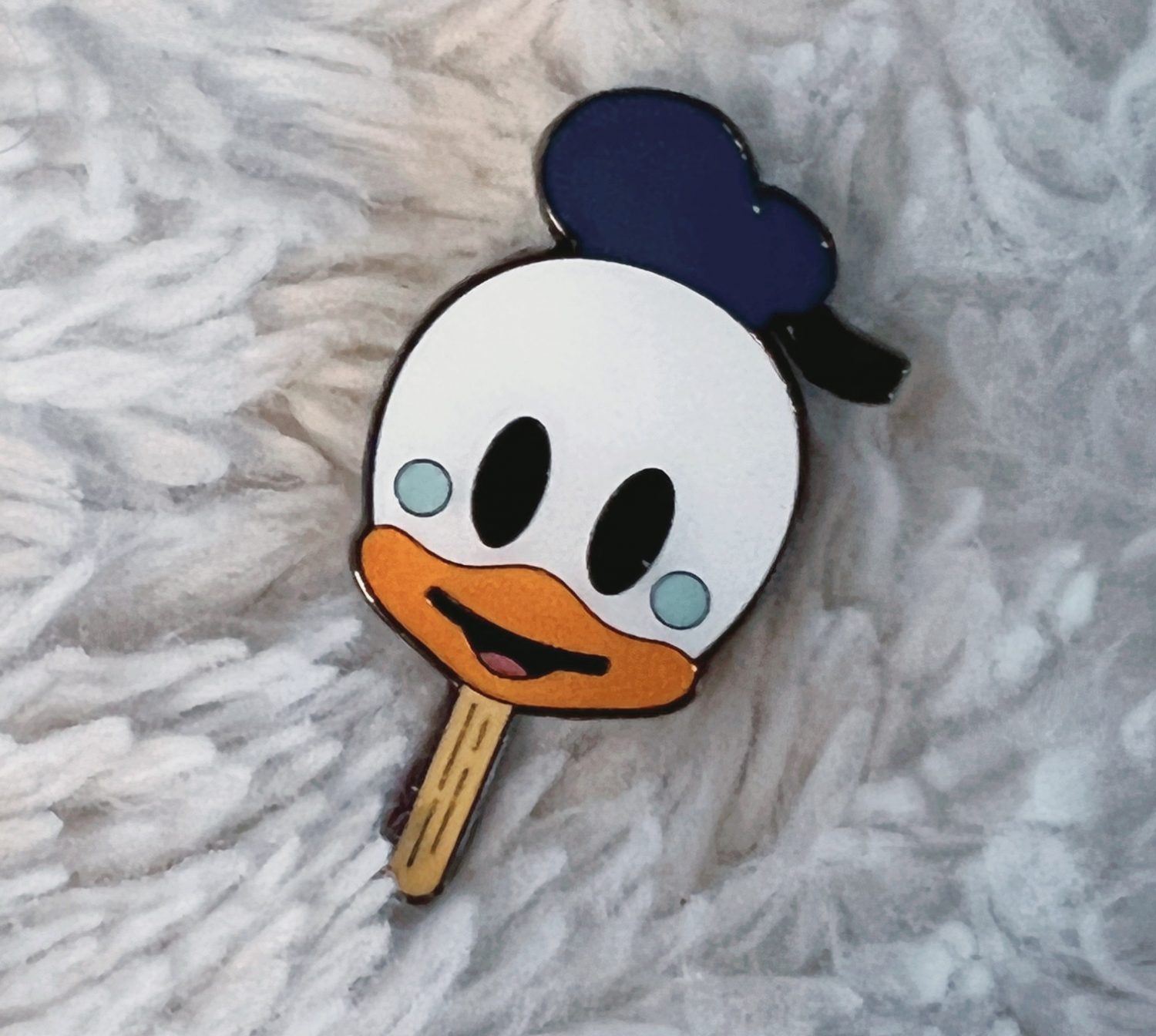 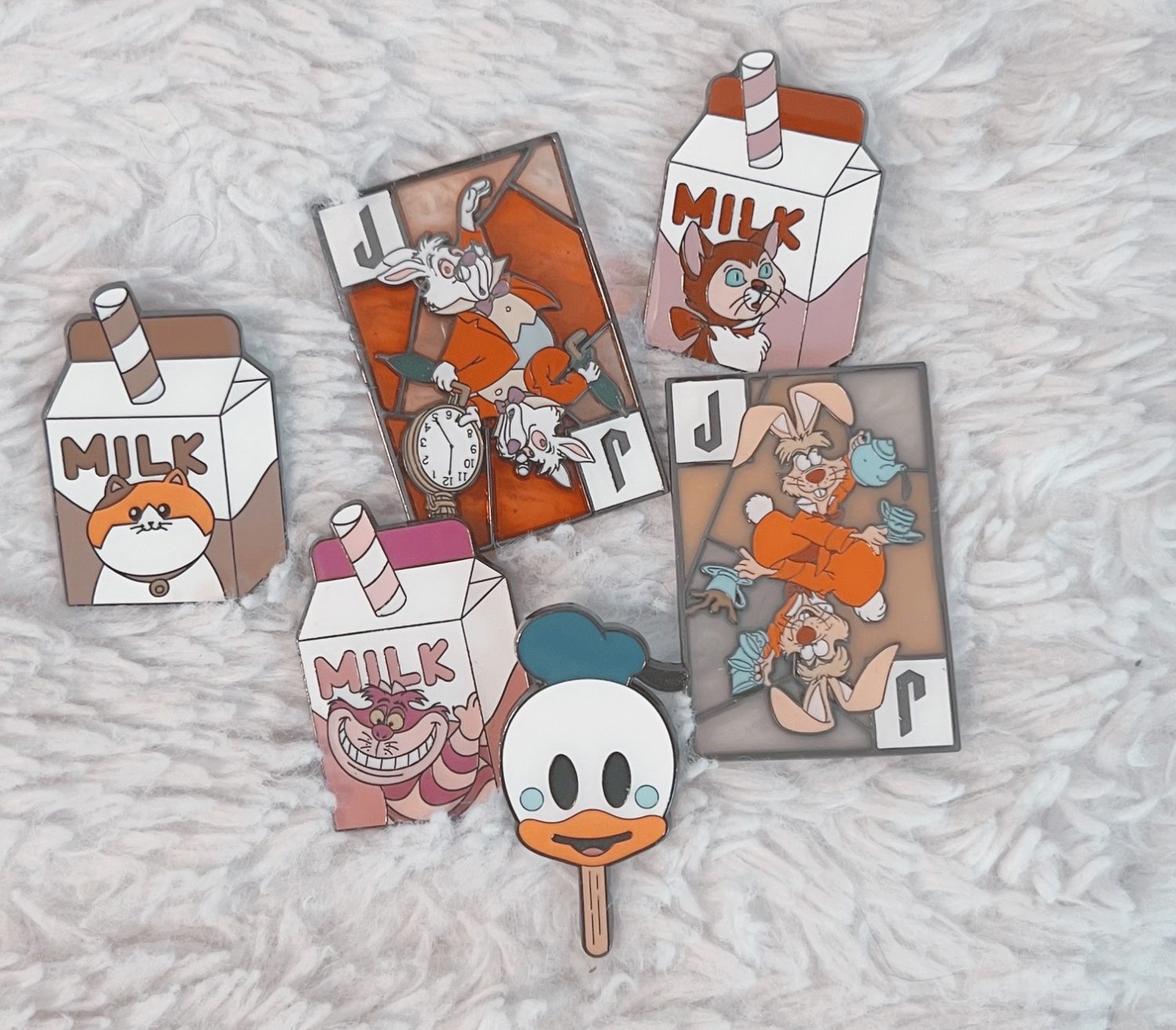 All in all a pretty good pin haul! 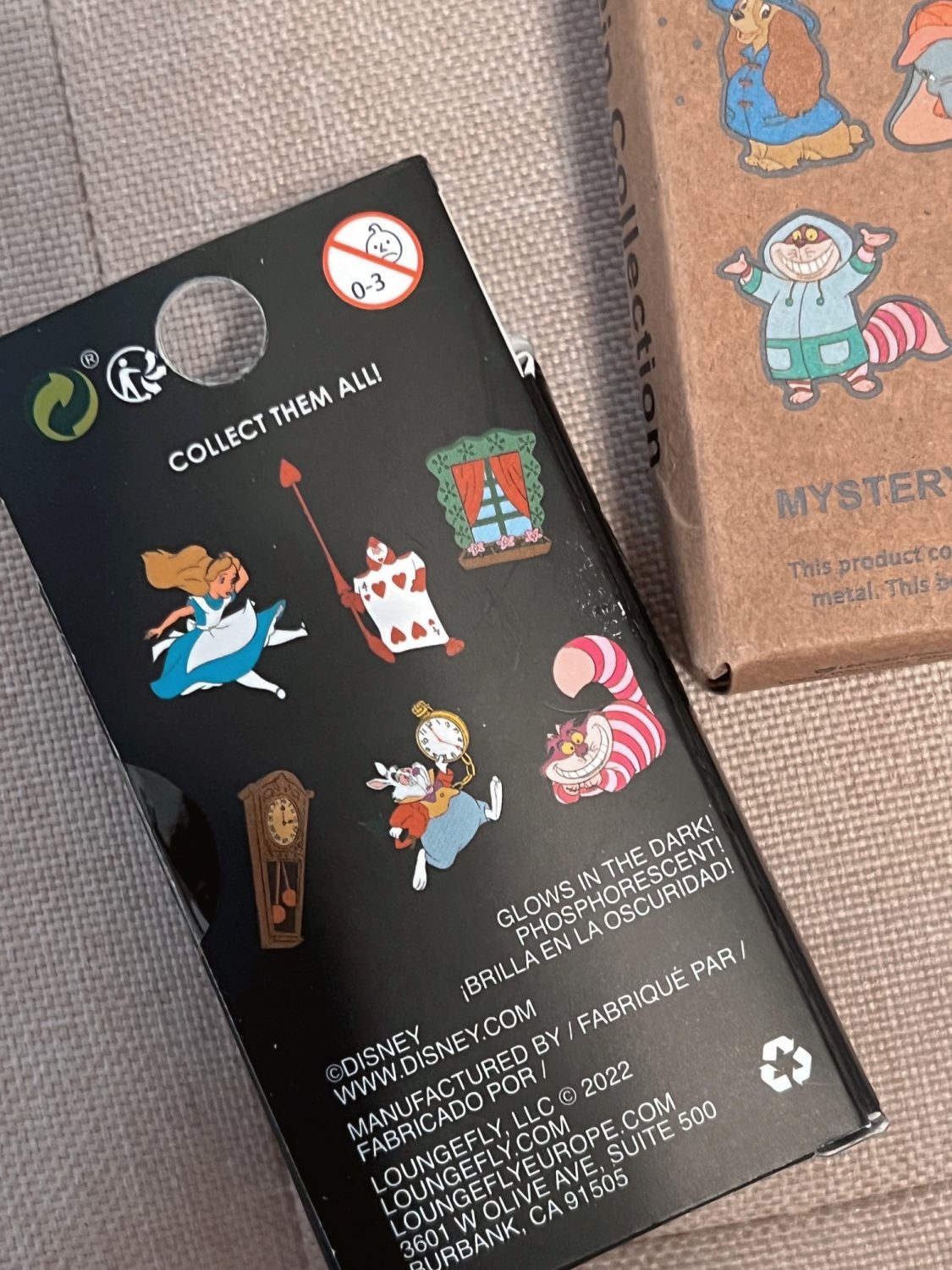 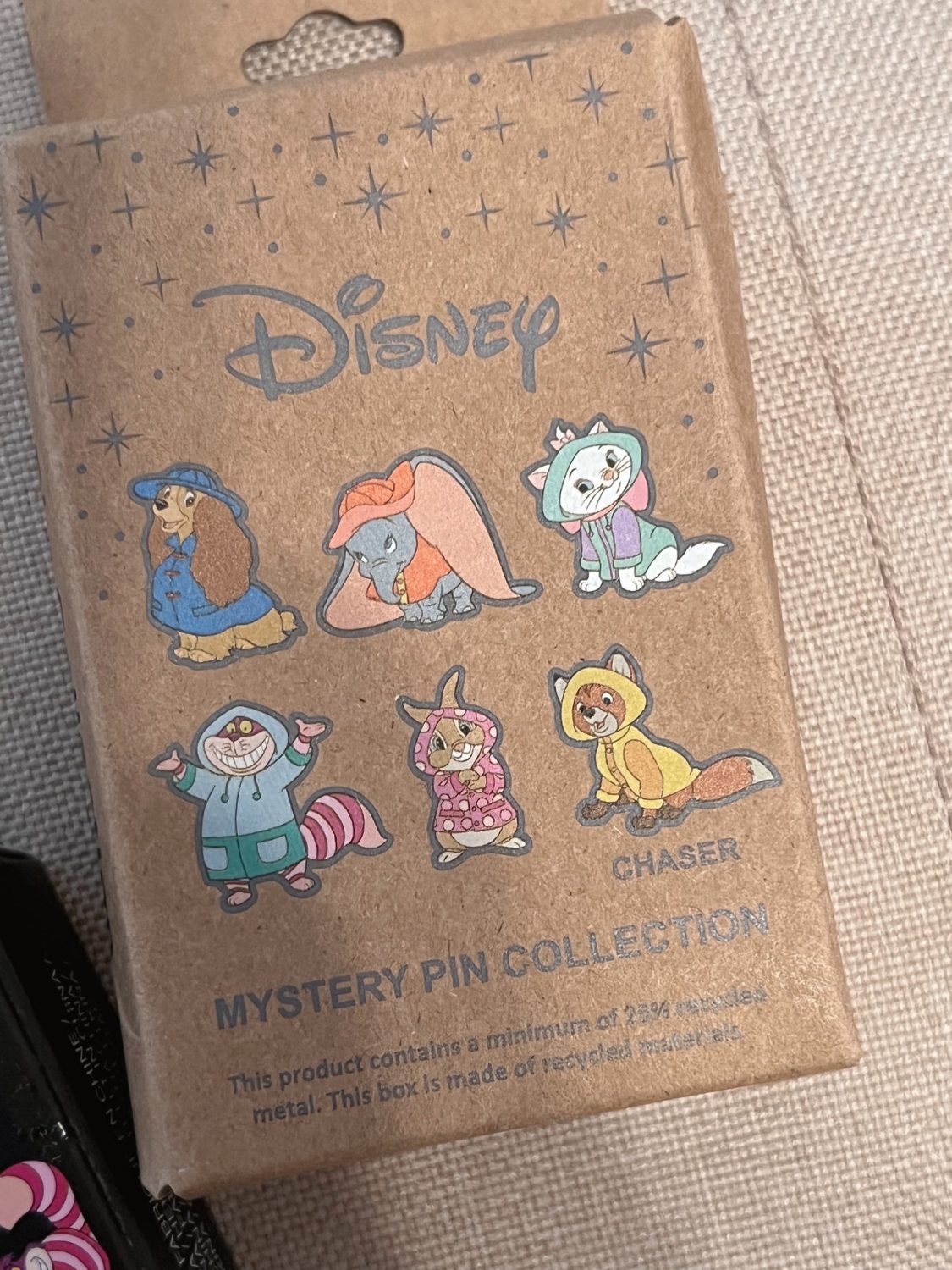 Later on in the month I purchased a few more mystery Disney pin boxes from Boxlunch. This time I got three Alice in Wonderland boxes and three Disney animal “raincoat” pin boxes. 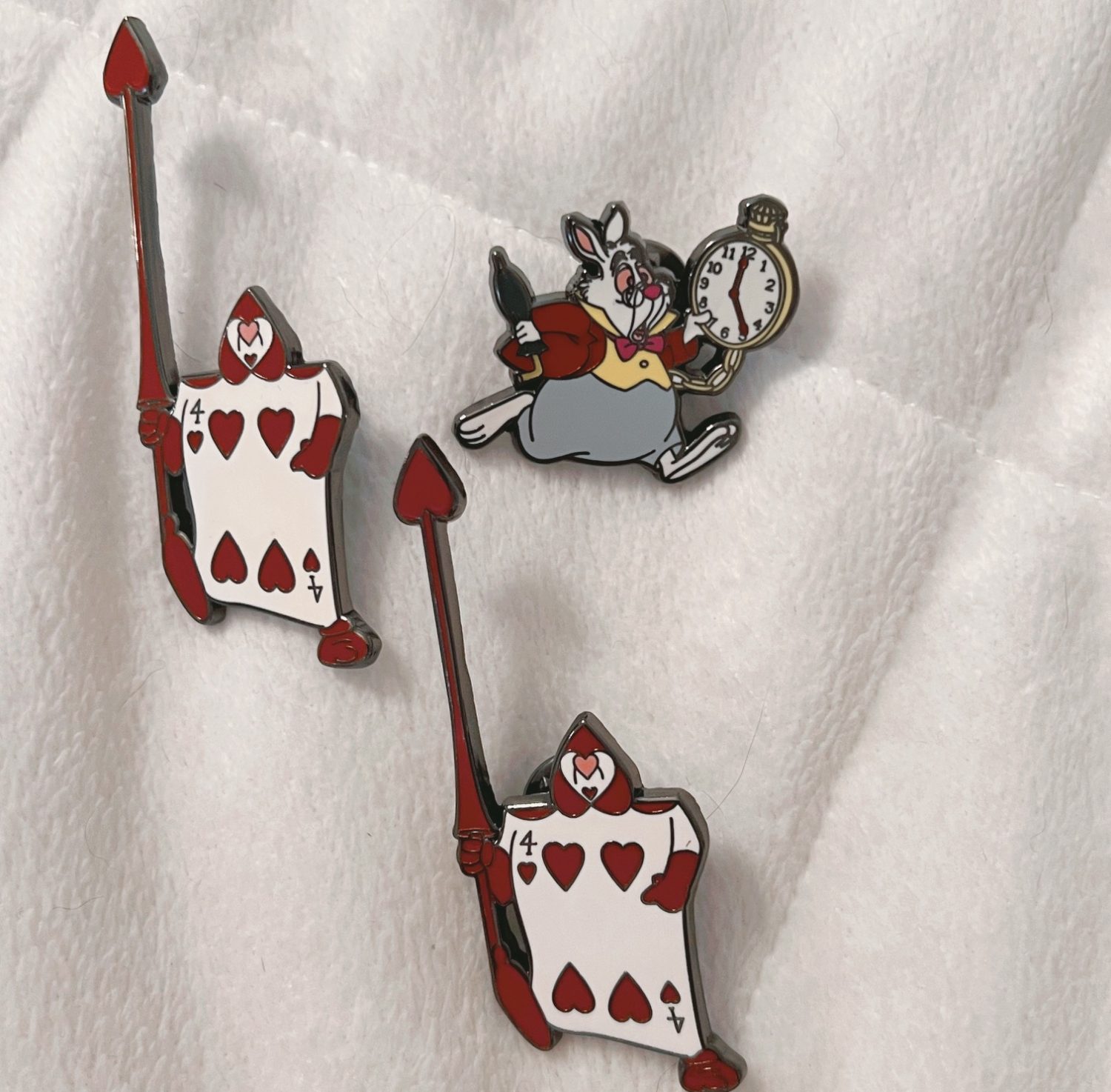 I ended up getting a double so I’m going to be using it as a trader on my trip to Disney World next month. 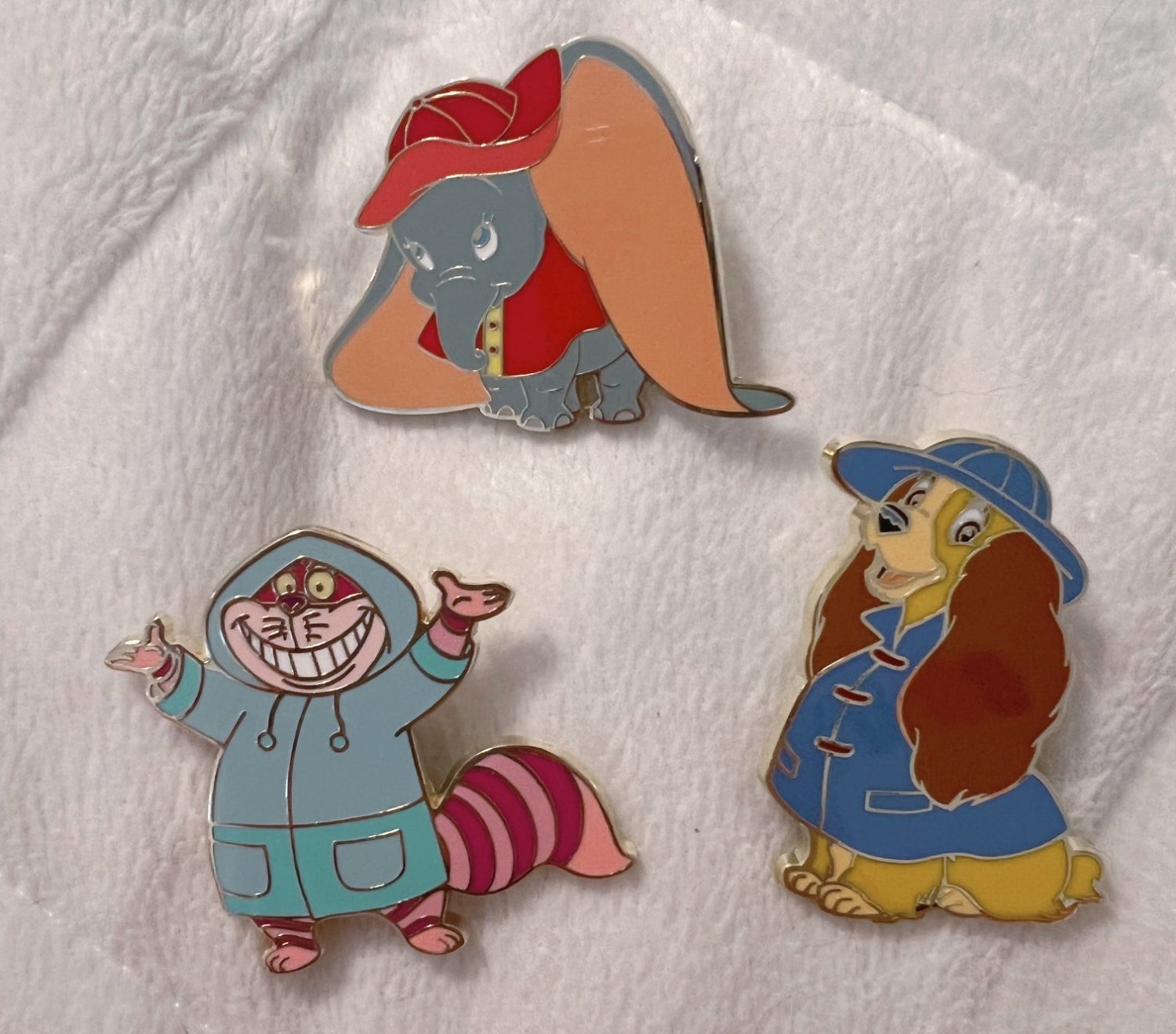 The pin I wanted the most was the Cheshire Cat, so yay! I’m be adding the Lady pin to my “cats and dogs” collection and Dumbo will be a trader pin for my trip to Disney World next month.

The last two pins I got last month (that weren’t from blind boxes) was an adorable Loungefly Disney Princess pin from Boxlunch. 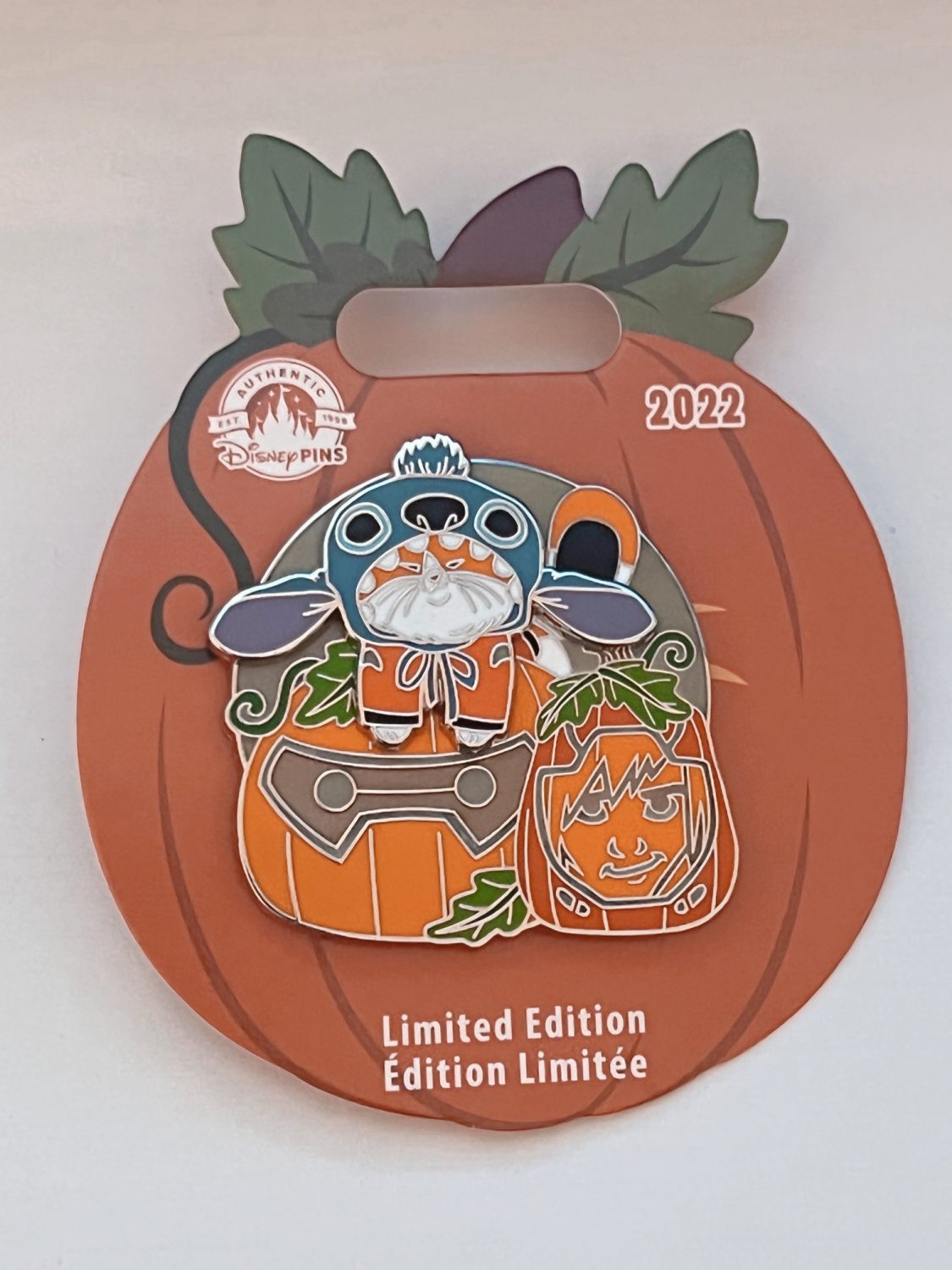 And a LE (Limited Edition) Big Hero 6 Mochi dressed as Stitch Halloween pin. This pin released at Disneyland about two weeks before my trip and was sold out by the time I visited Disney. Luckily I was about to order it from someone on IG who does Disney Pin pickups in the parks!

Stay tuned for part two of this post where I’ll be sharing the pins I bought/traded for while at Disneyland!