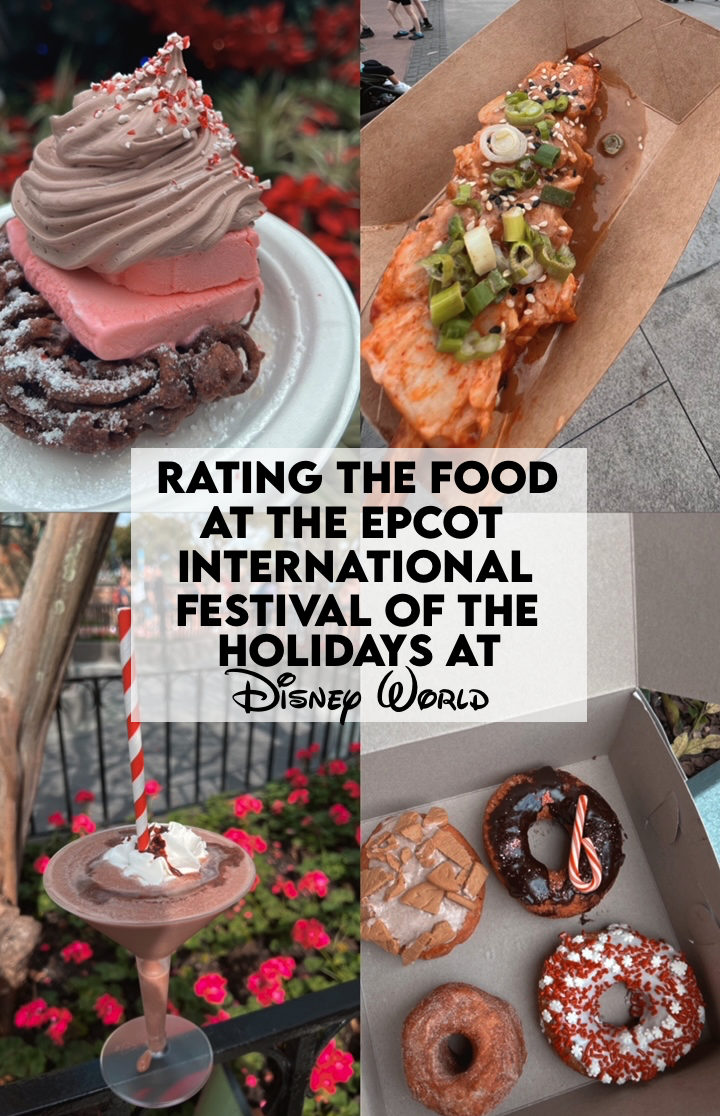 You guys, I have BIG Disney news! I just booked my BIGGEST Disney trip ever. More details on that later but to say I’m excited is an understatement. But speaking of Disney, since I recently got back from Disney World I thought today would be a good day to do a little recap of this years Epcot International Festival of the Holidays. You all know how much I love a good Epcot festival!

Here’s how I would rate the food at the Epcot International Festival of the Arts: 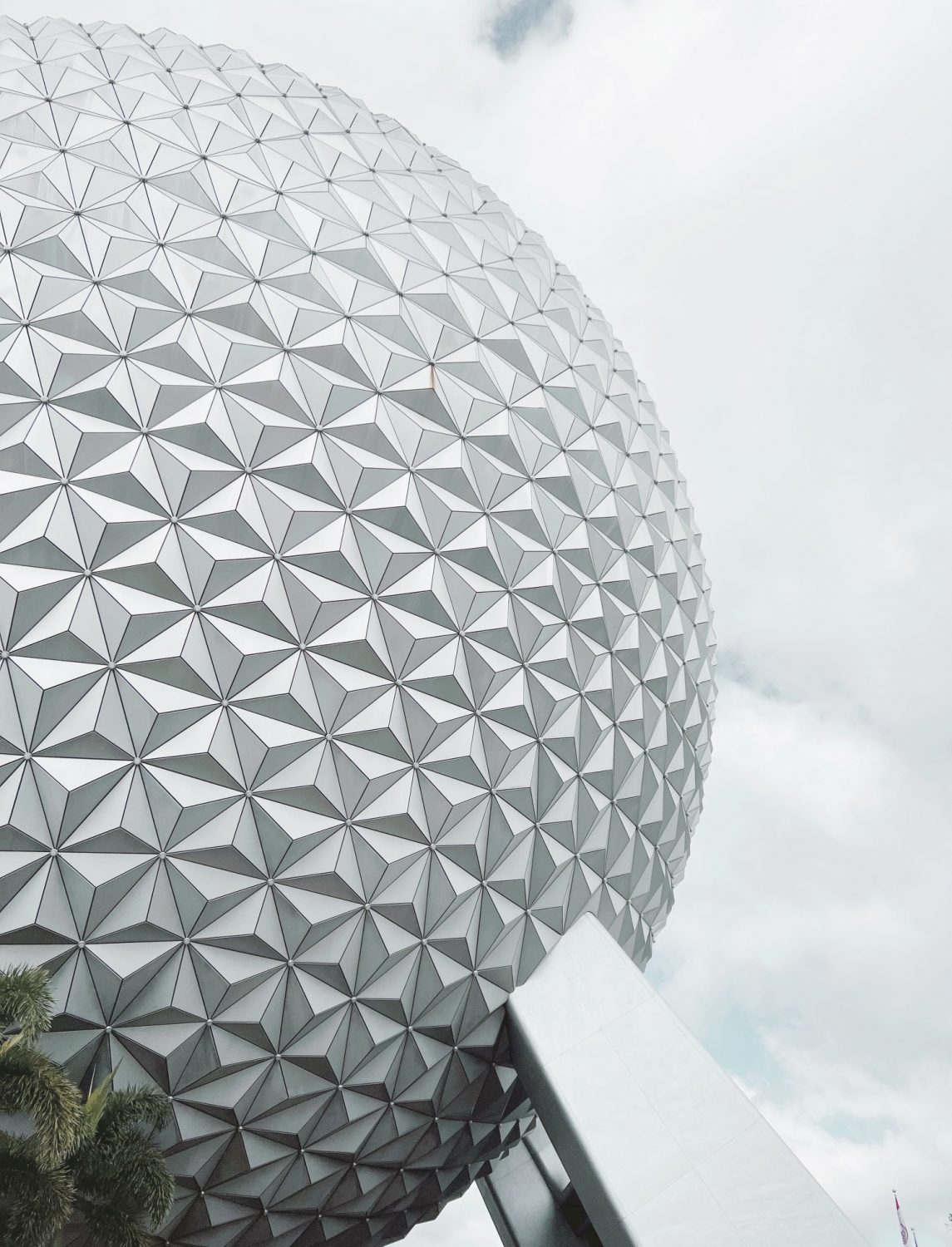 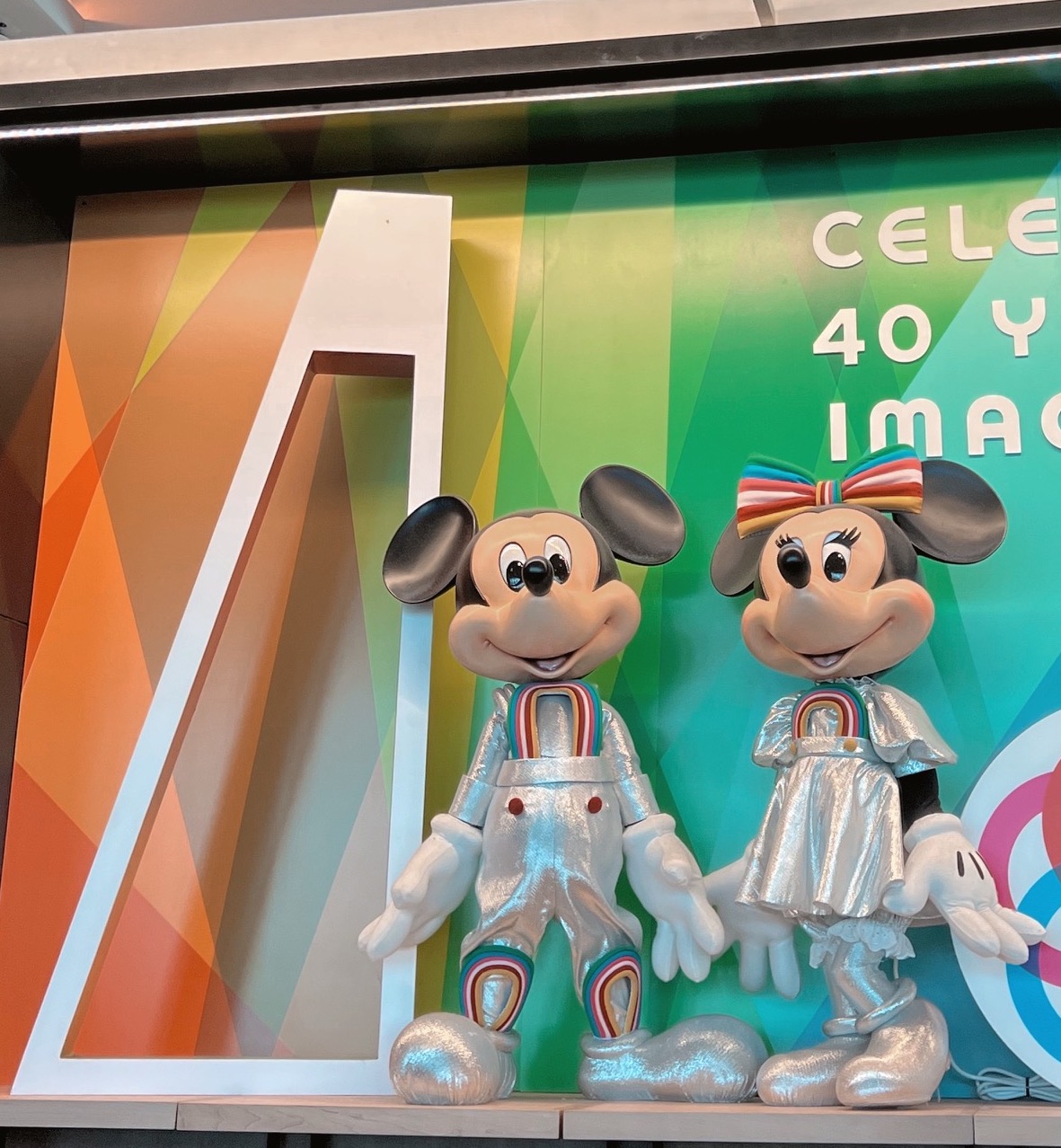 Okay, onto the food! 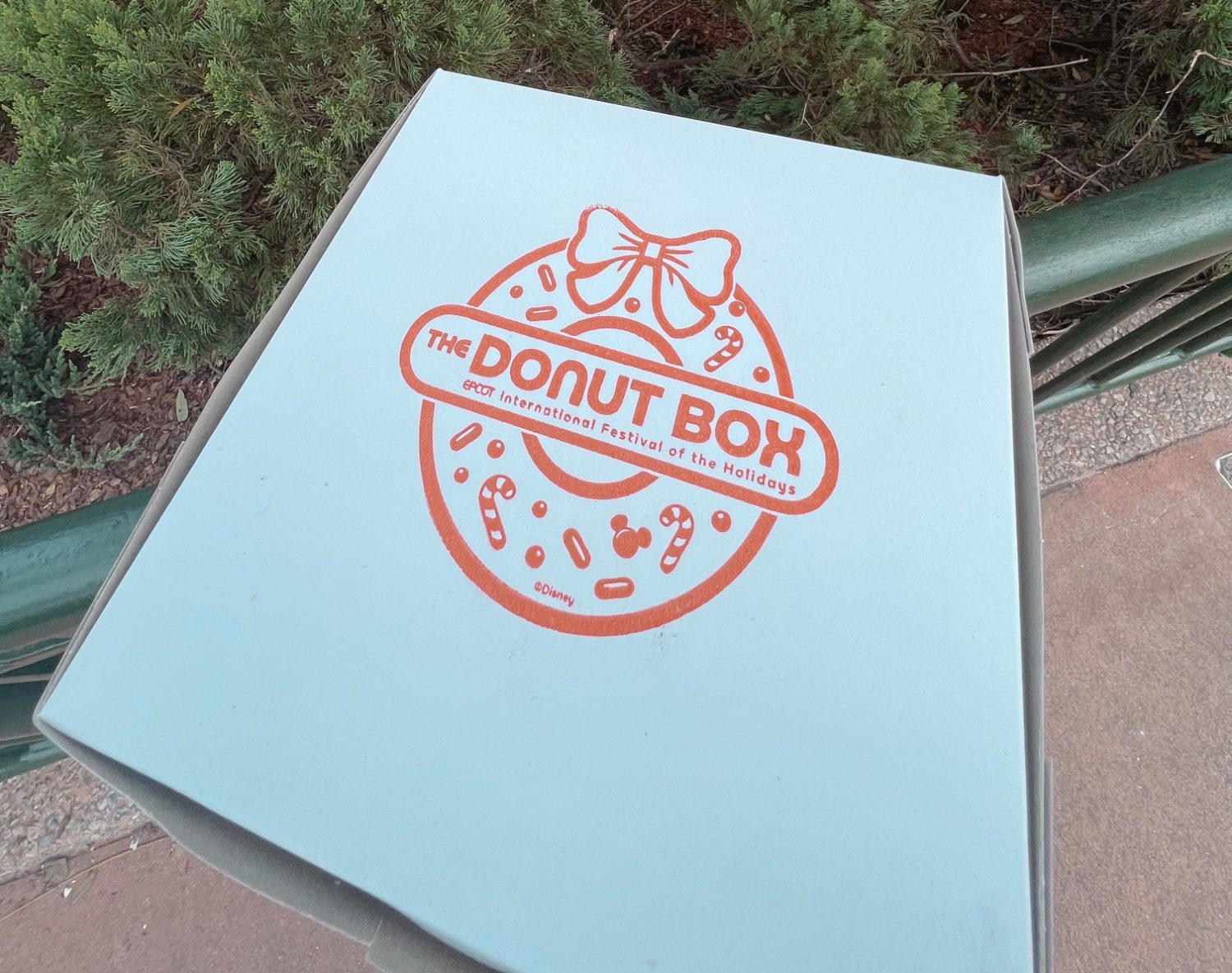 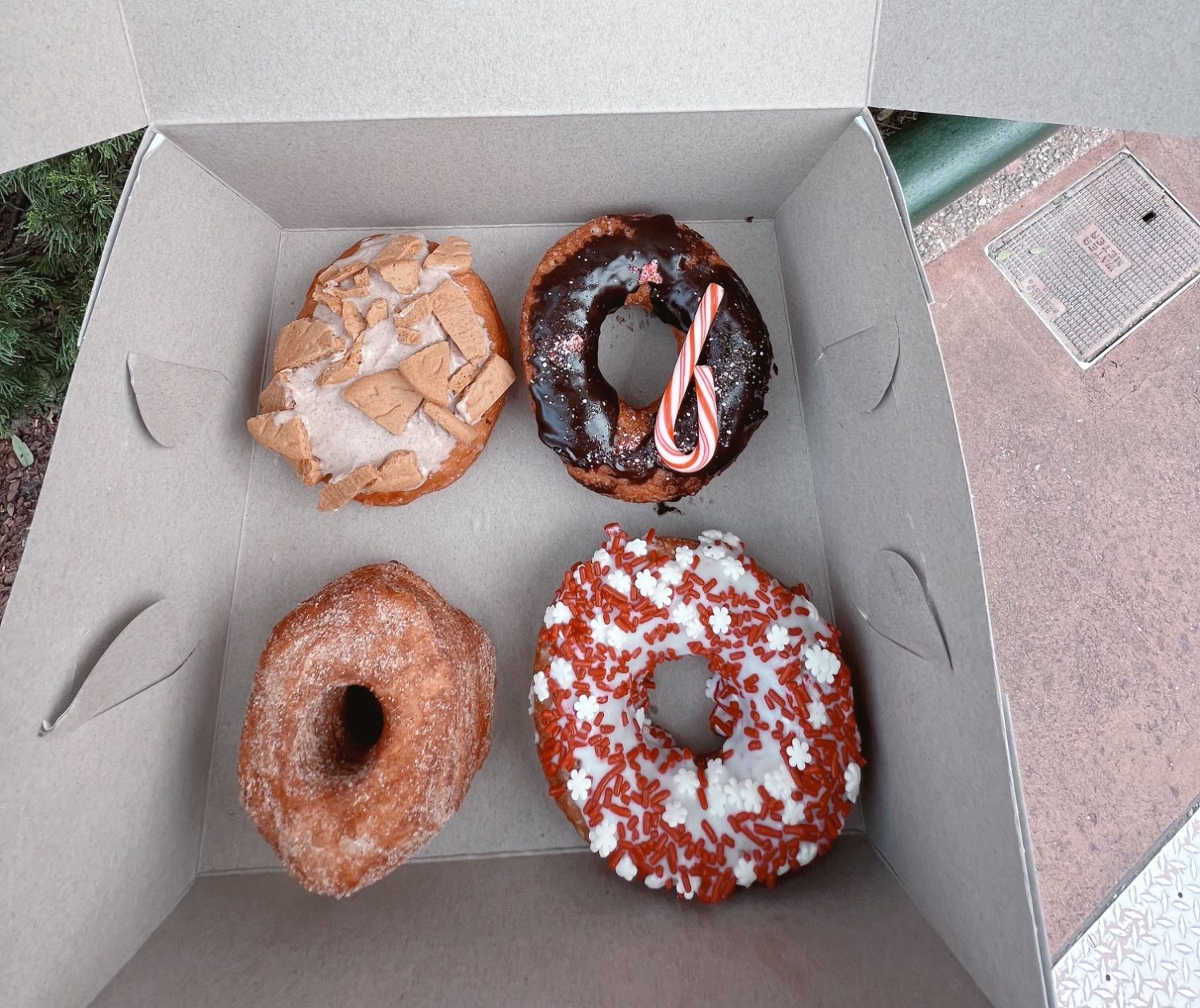 5/5 |The Donut Box: The donut box contained four different “Christmas” donuts. You had the option of buying each donut individually. Three of the donuts cost $5 and one was $6. Or there was an option to get all four (the donut box) for only $18. I opted for that because I genuinely wanted to try each one and it was cheaper. As a whole it gets a 5/5 from me but I’ll break it down a little further and rank the donuts from favorite to least favorite (although there was no “least” favorite because they are all DELICIOUS!). 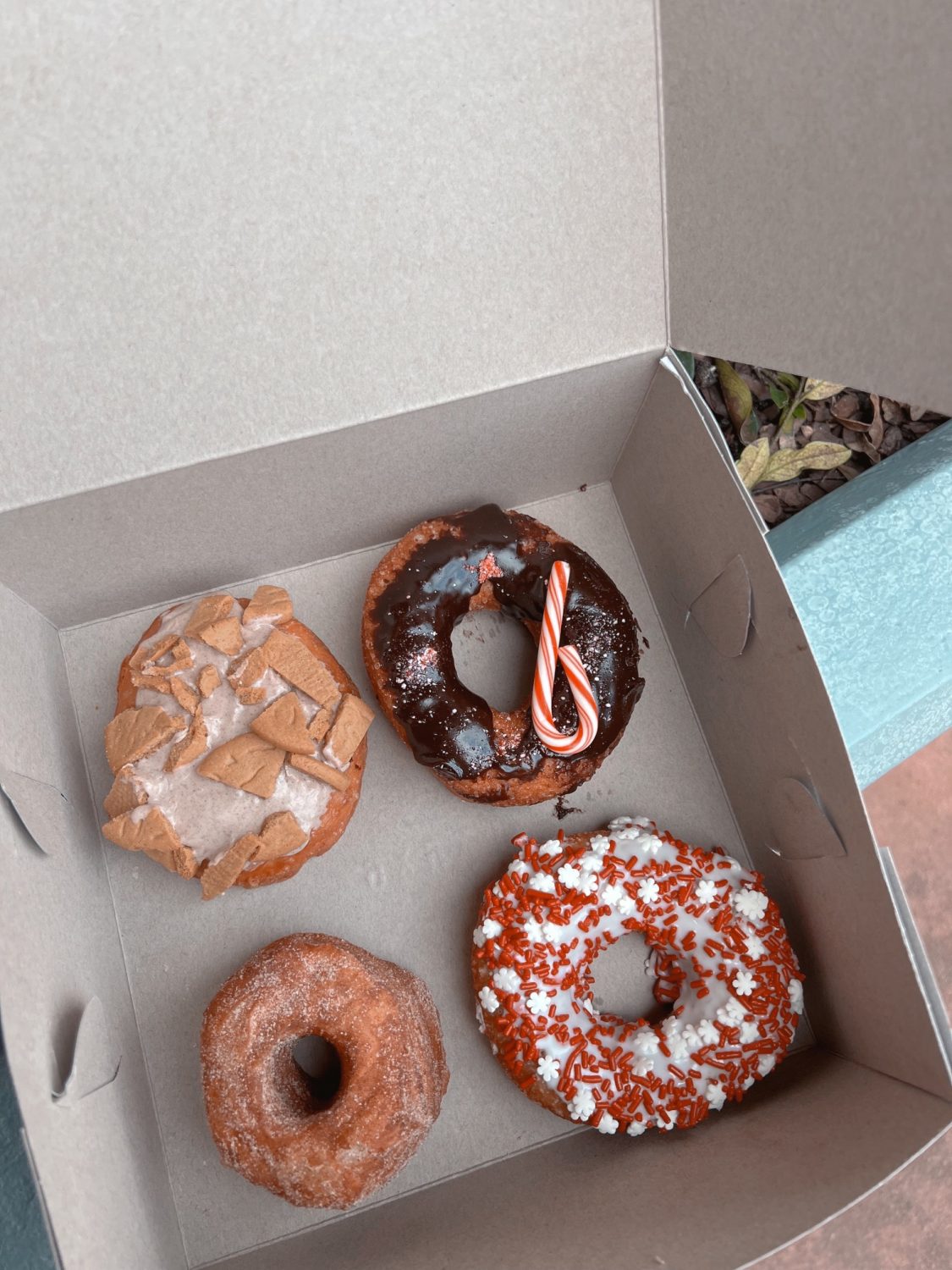 Part of me regrets not getting 2 or 3 more of these boxes…. 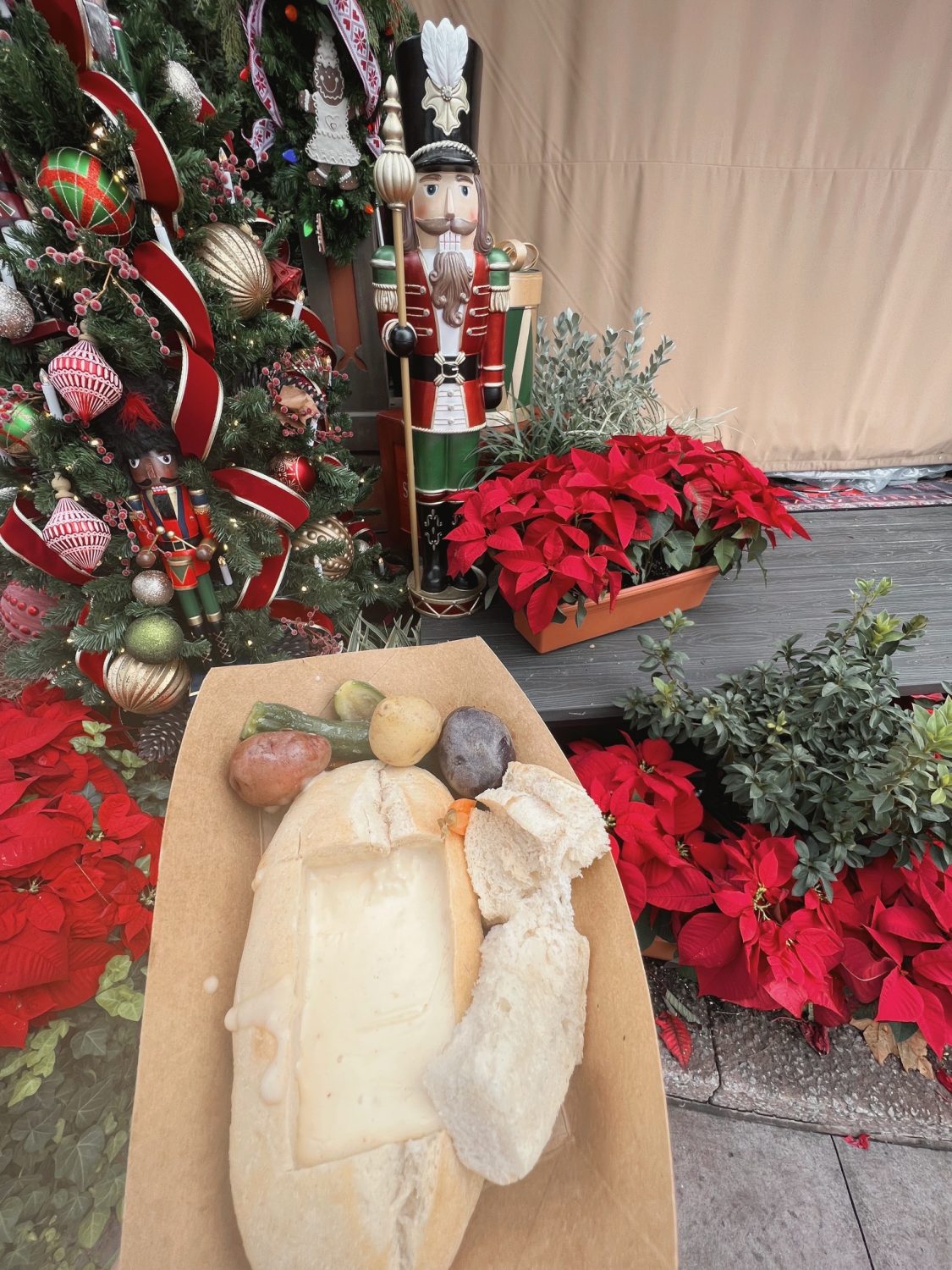 4/5 | Cheese Fondue in a Bread Bowl: Cheese, bread and steamed vegetables? What’s not to love?! My only complaint was there was a little too much cheese (not that that’s necessarily a bad thing). 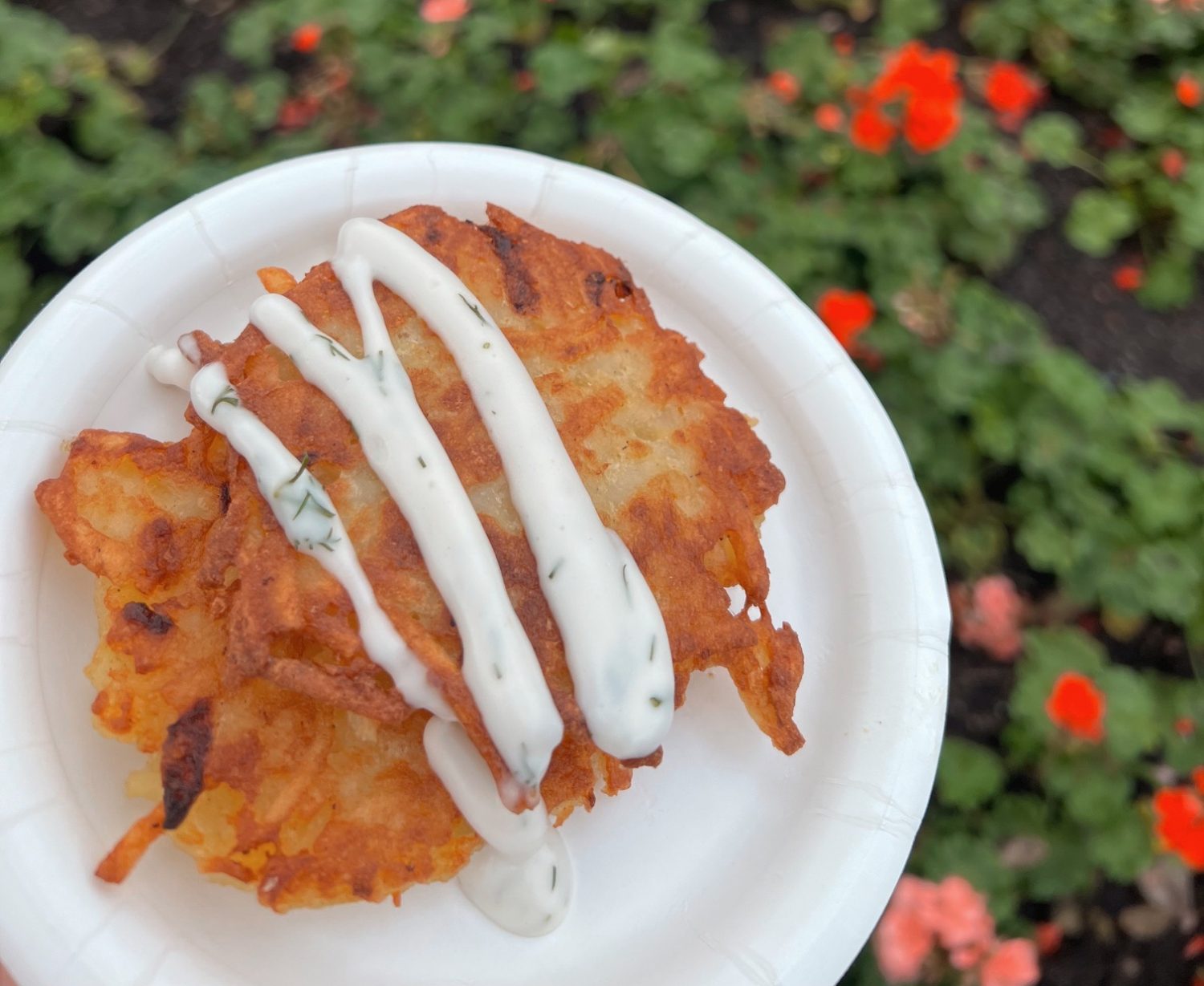 4/5 | Potato Latkes: I had never tried latkes before so I don’t have much to compare this to but I enjoyed it. It sort of reminded me of hash browns. 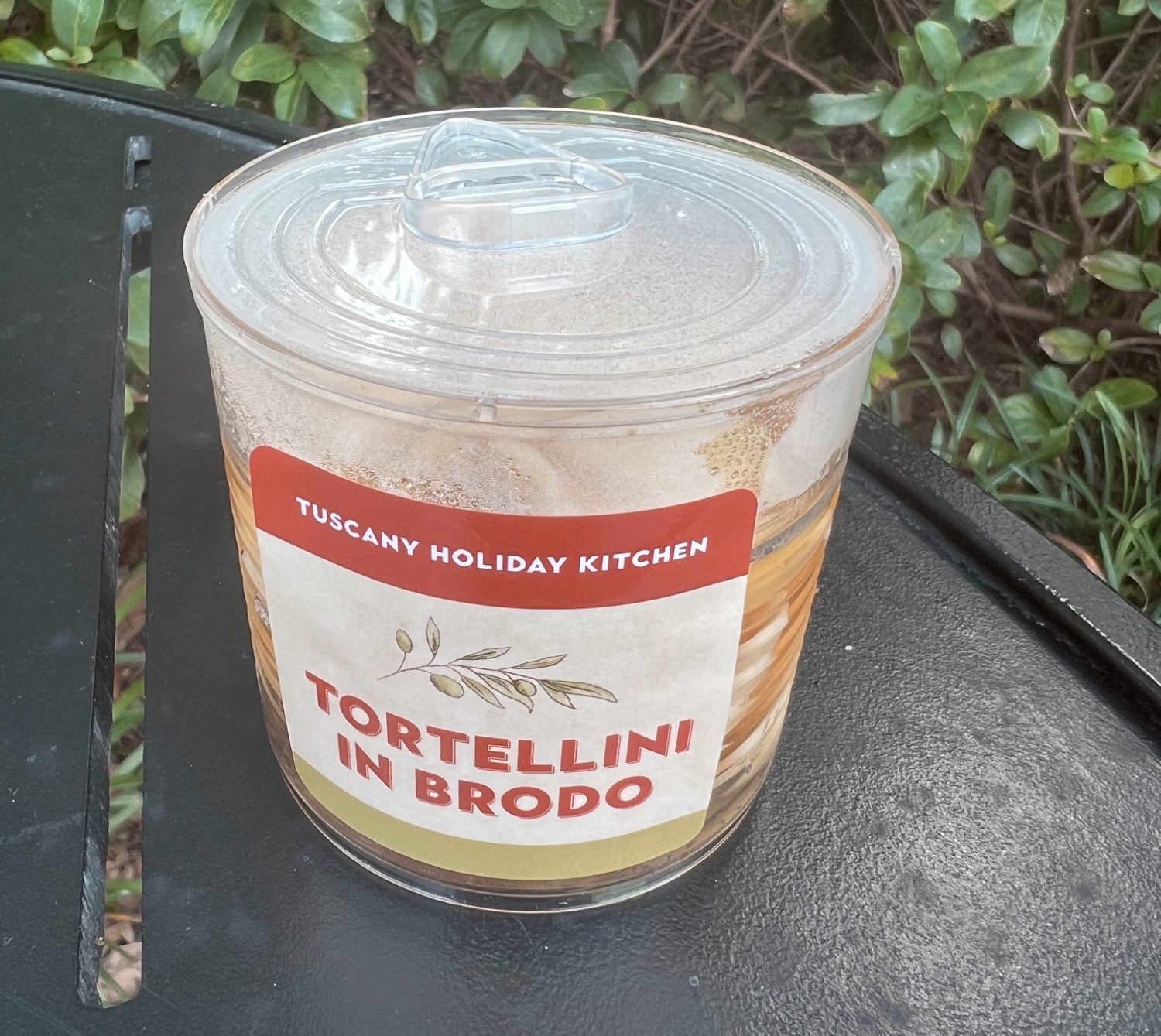 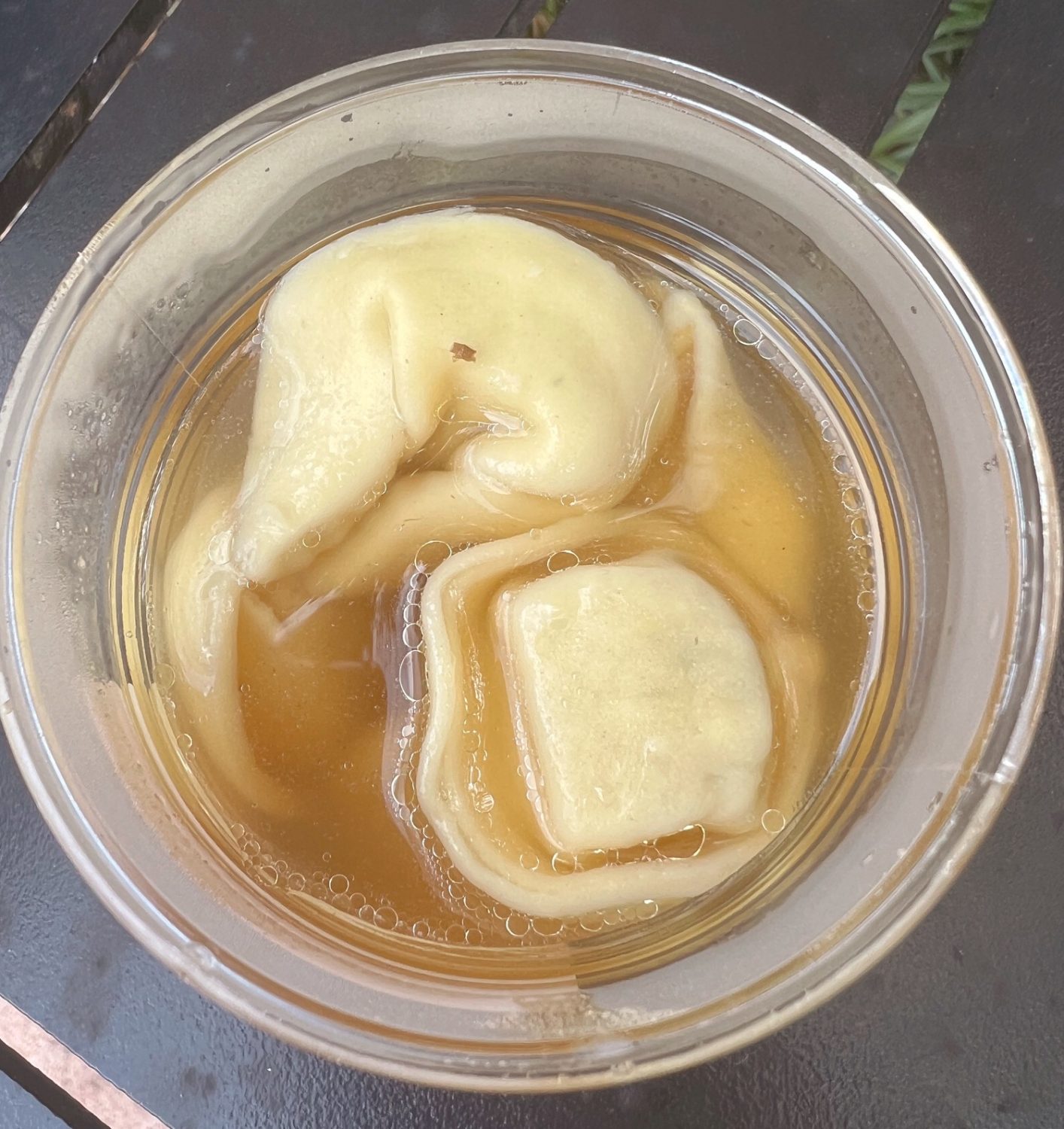 3.5/5 | Tortellini in Brodo: This dish consisted of five-cheese tortellini with house-made aromatic winter truffle broth and chives. You can’t go wrong with tortellini, however, I wasn’t the biggest fan of the broth. If there was no broth this could have gotten a higher score. 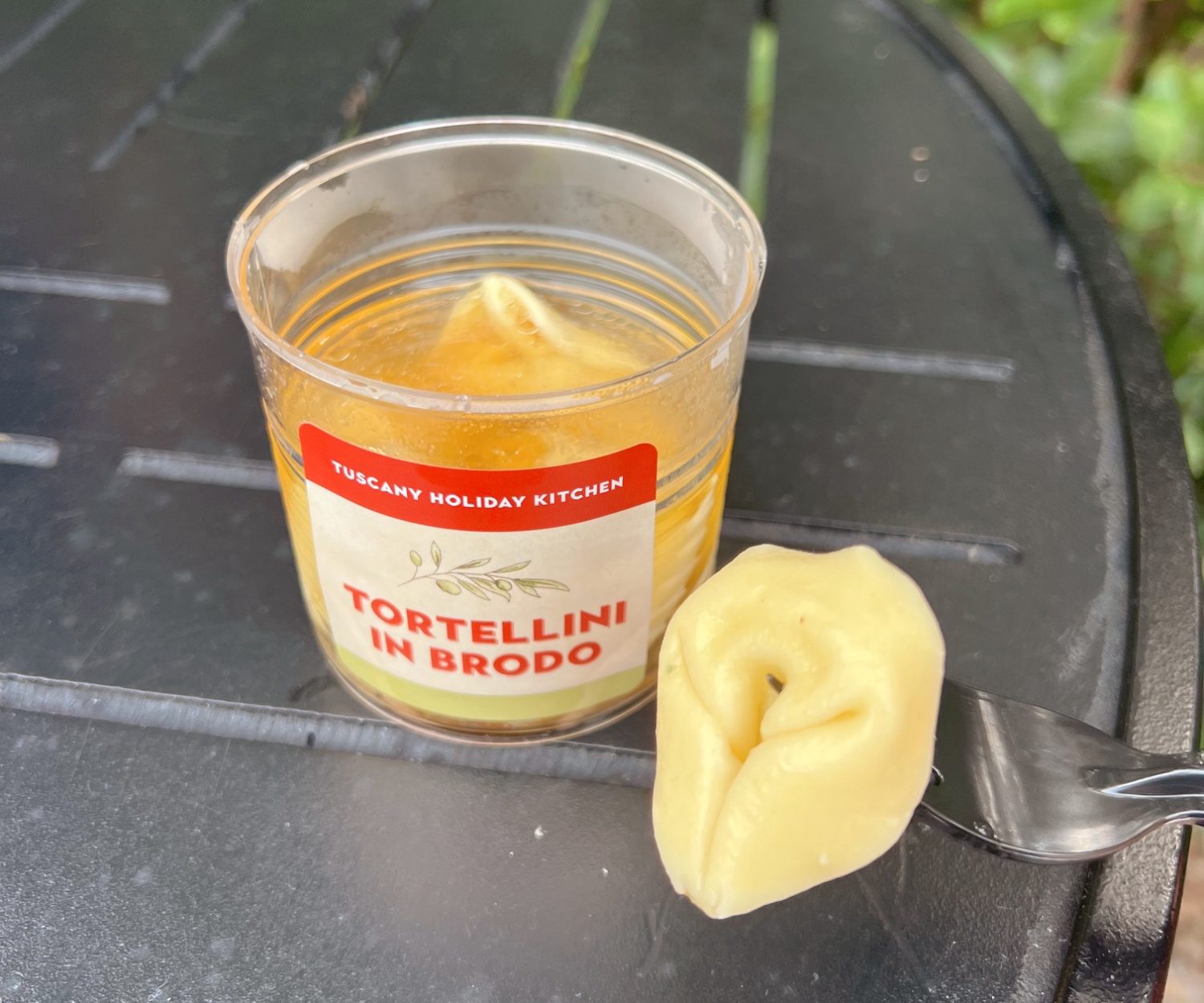 I needed up taking the tortellini out of the broth and kind of draining it. It was much better that way! 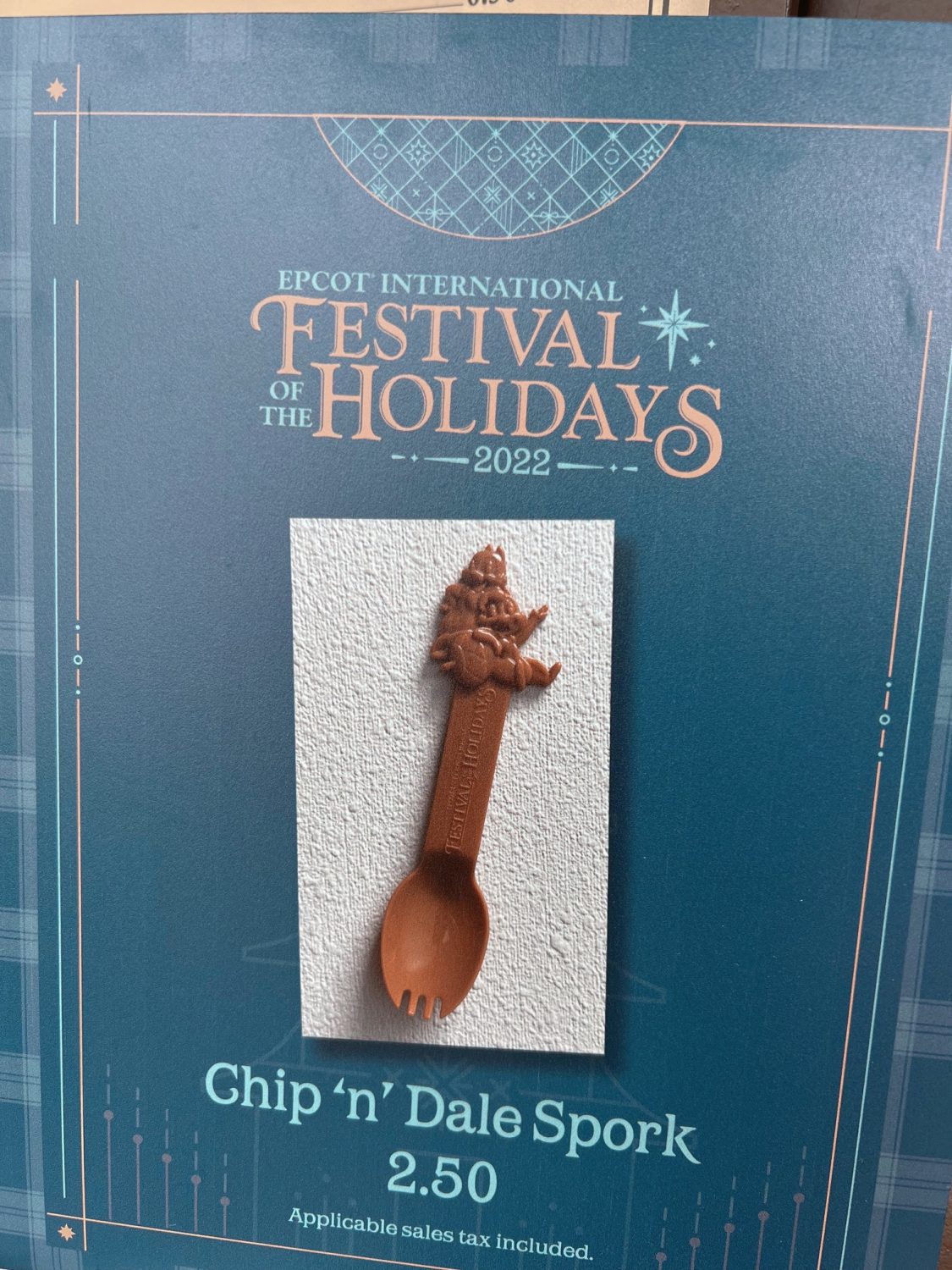 This isn’t really “food” but I had to include it! At the Epcot International Festival of the Holidays they had these little Chip ‘n’ Dale sporks. As most of you know Chip ‘n’ Dale are my favorite characters so I course I had to pick a few sporks up! 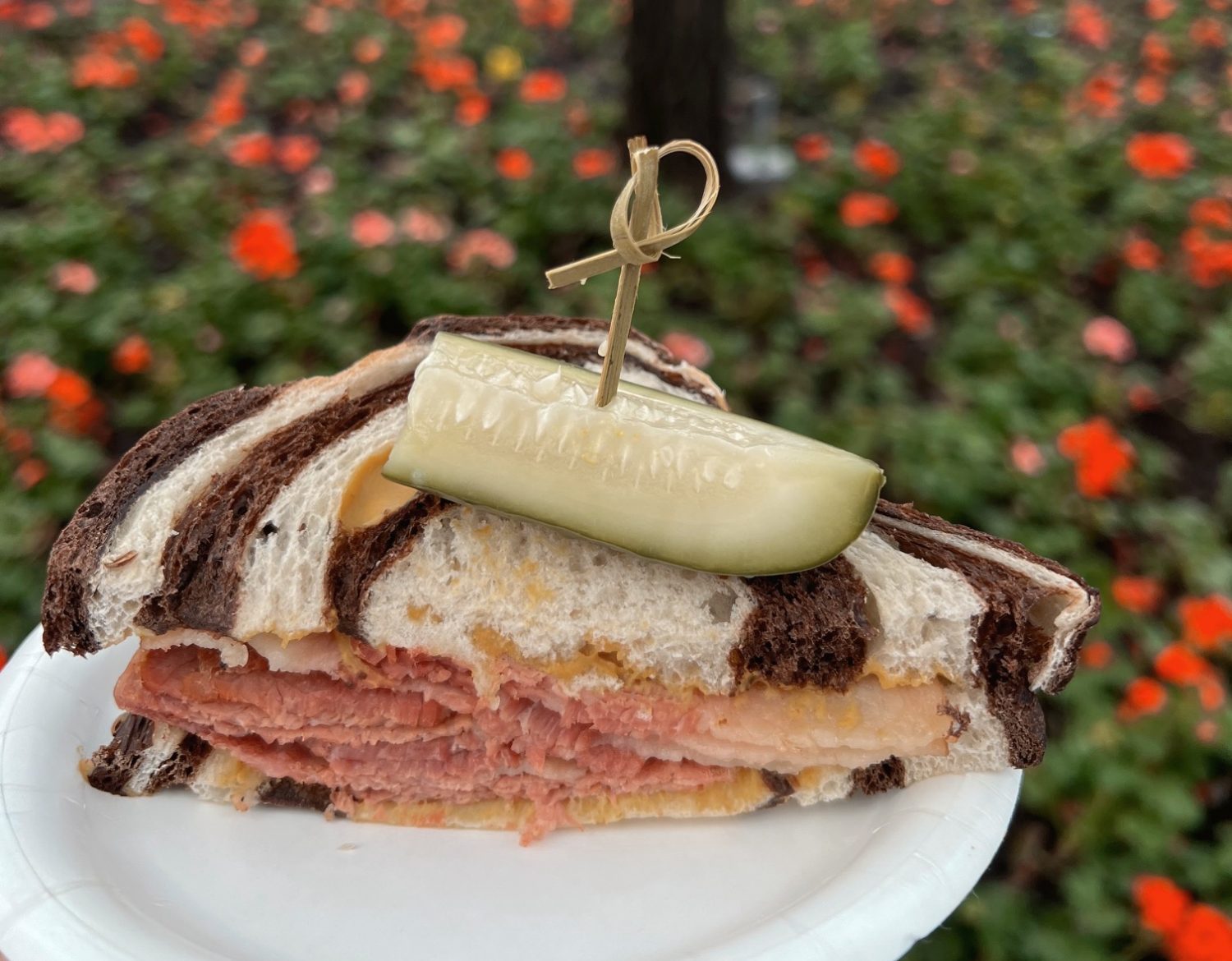 5/5 | Pastrami on Rye: This might have been one of my favorite things I tried at the Epcot International Festival of the Holidays. It was PERFECT. 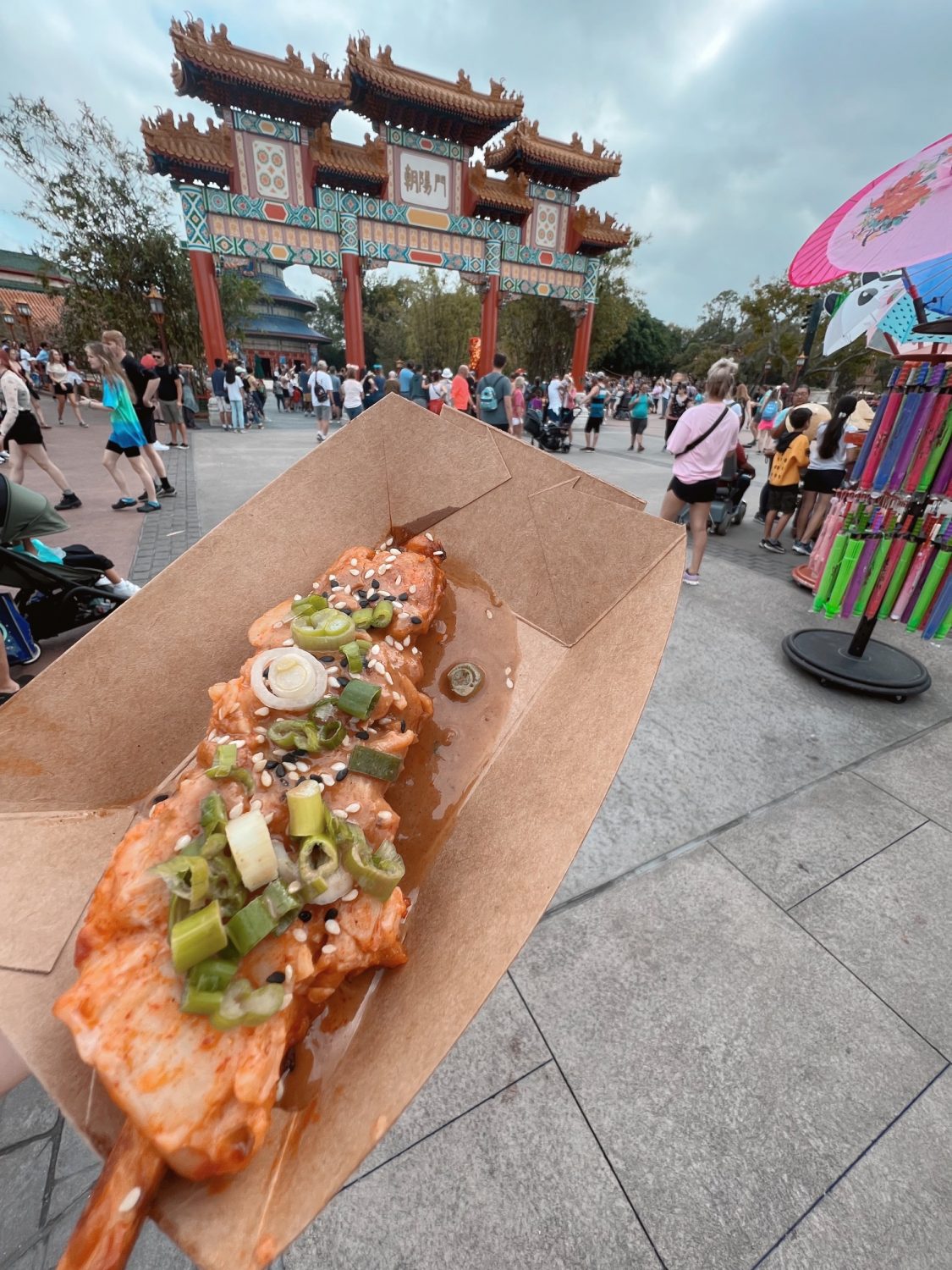 3/5 | Chicken Skewer with creamy peanut sauce: I wanted to like this so bad. It was good but it could have been better. The chicken I’d rate a 4.5/5 but paired with the sauce it just wasn’t that great. 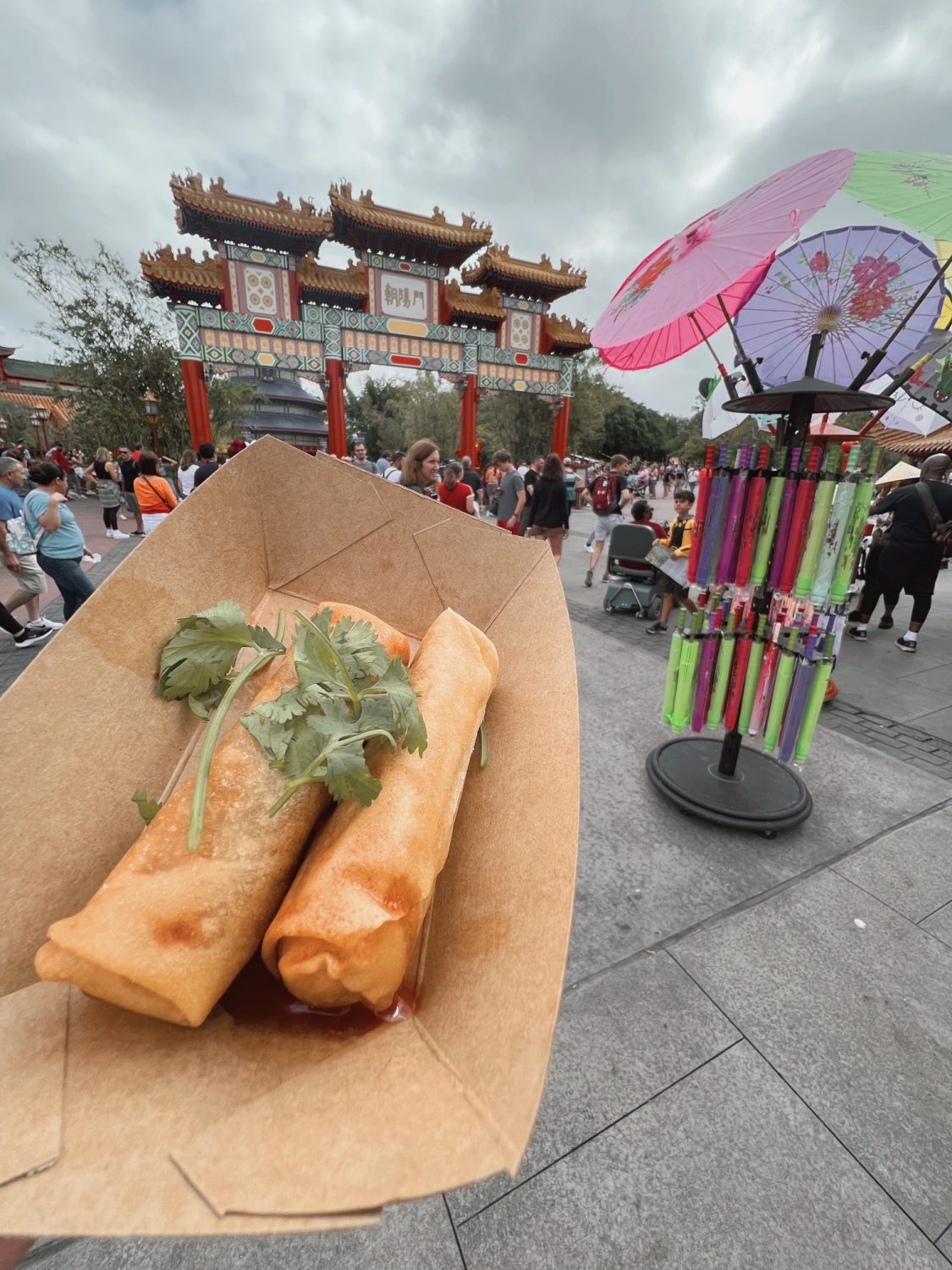 5/5 | Vegetable Spring Rolls with citrus sauce: I may or may not have gotten two orders of the spring rolls. They were that good. 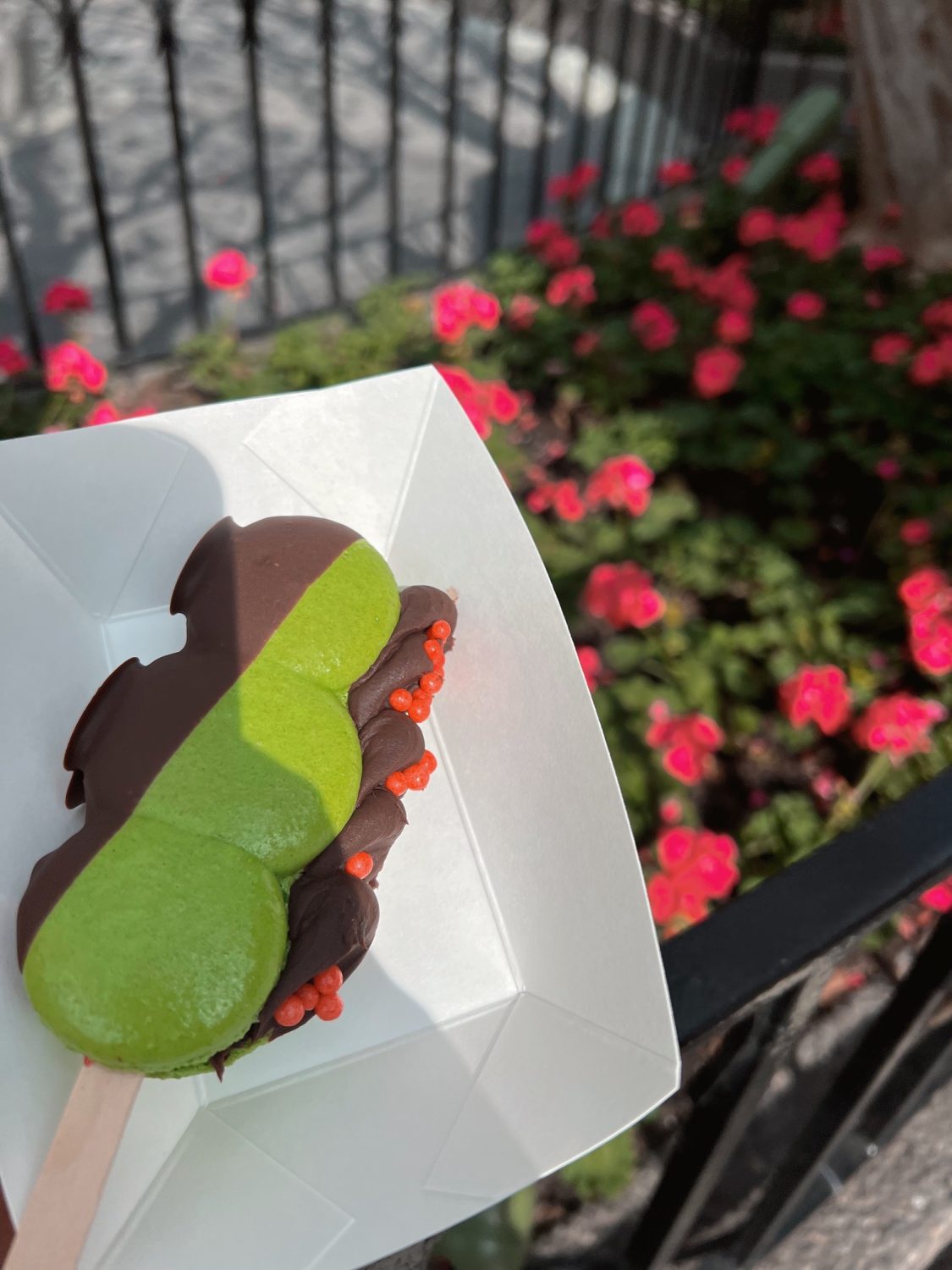 5/5 | Macaron lollipop with peppermint and Valrhona chocolate ganache: I have a love/hate relationship with macarons. They’re either amazing or horrible. For me it’s all about the texture and the “crunch”. This macaron lollipop was incredible because it was the right amount of “crunch” and flavor. Also, you can’t go wrong with peppermint! 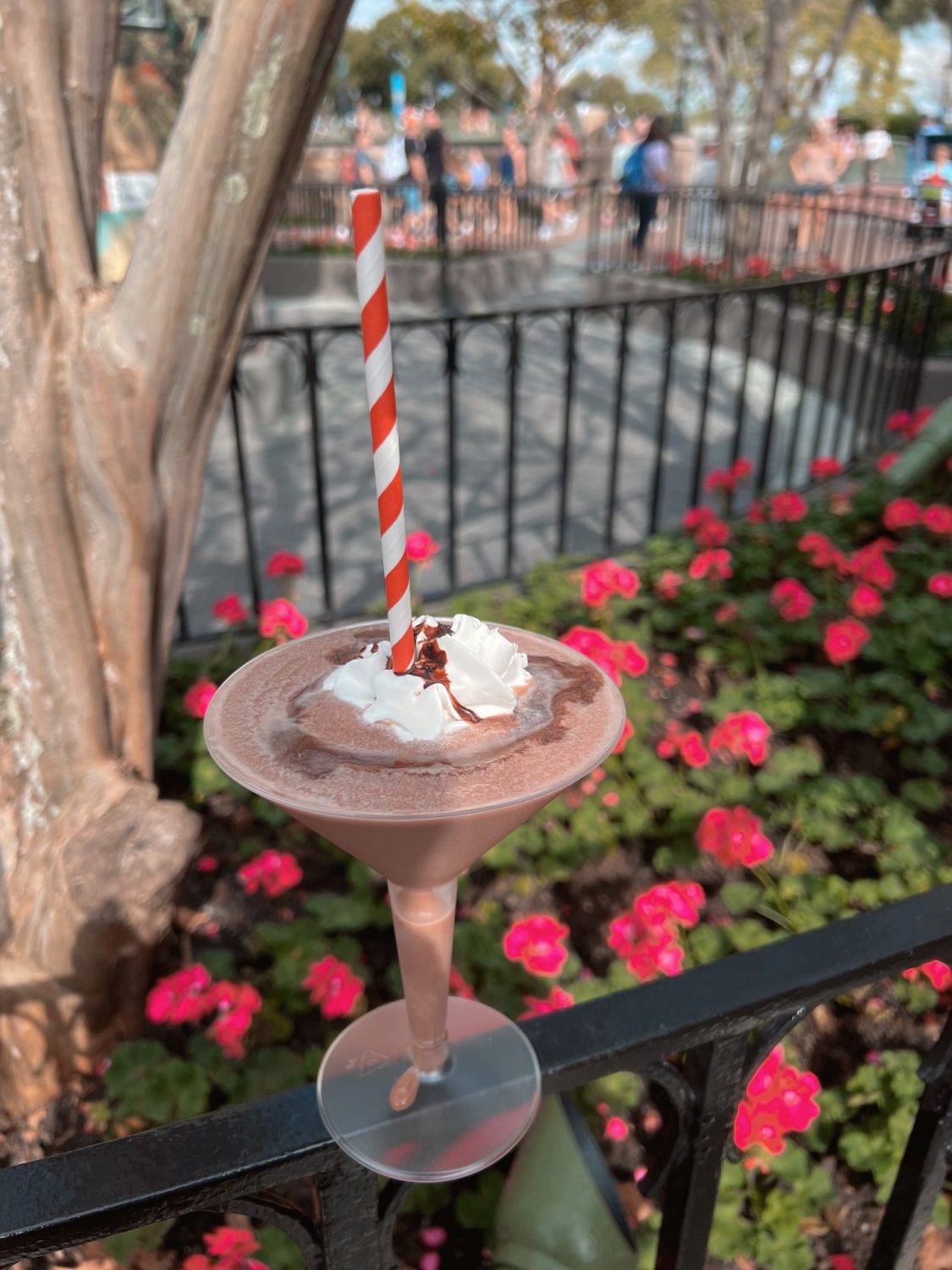 5/5 | Frozen Hot Chocolate Martini: This festive drink contained Grey Goose La Vanille Vodka, vodka, chocolate milk, and whipped cream. What I loved about this was you could taste the vodka but it wasn’t super strong. I loved it! 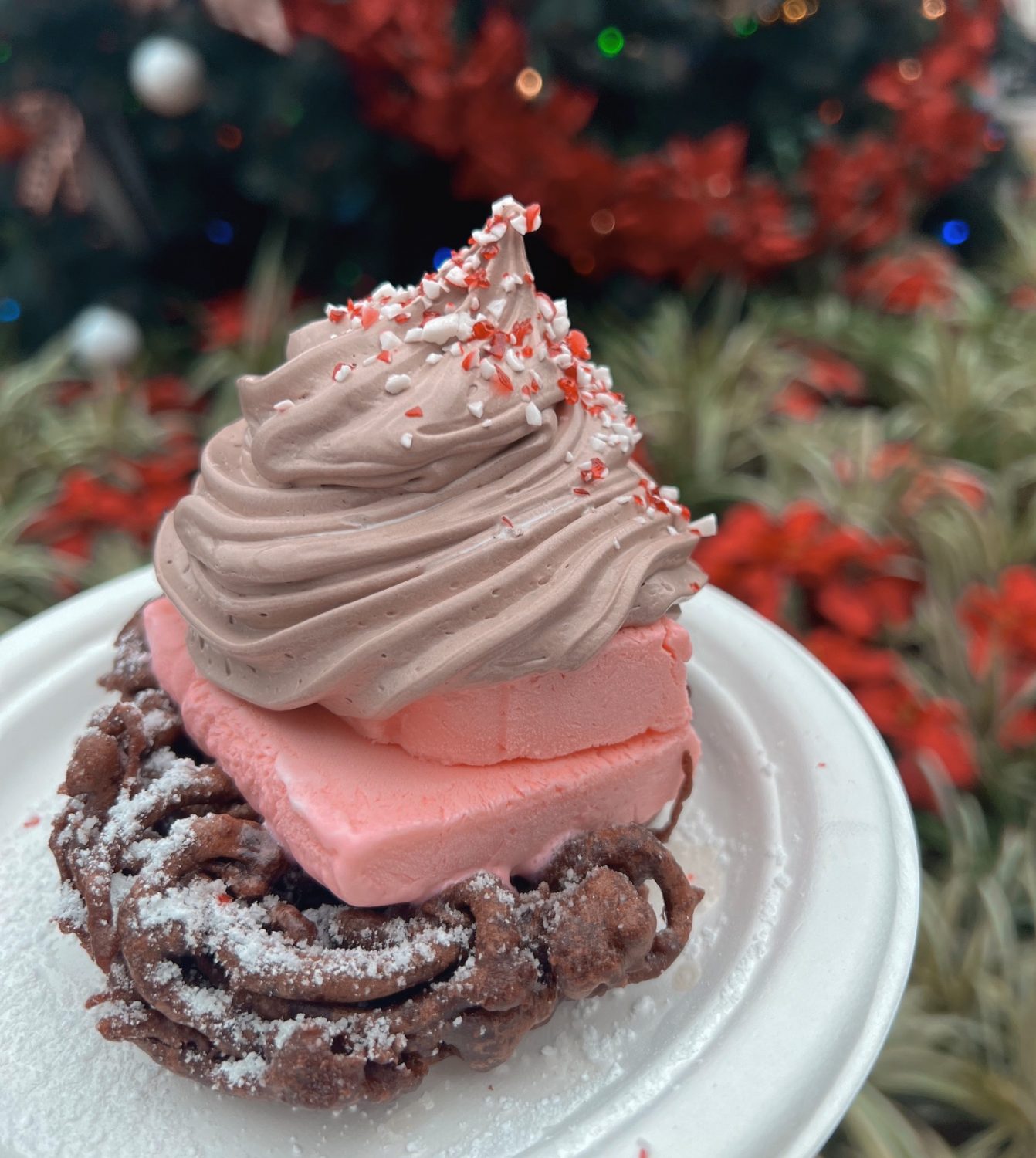