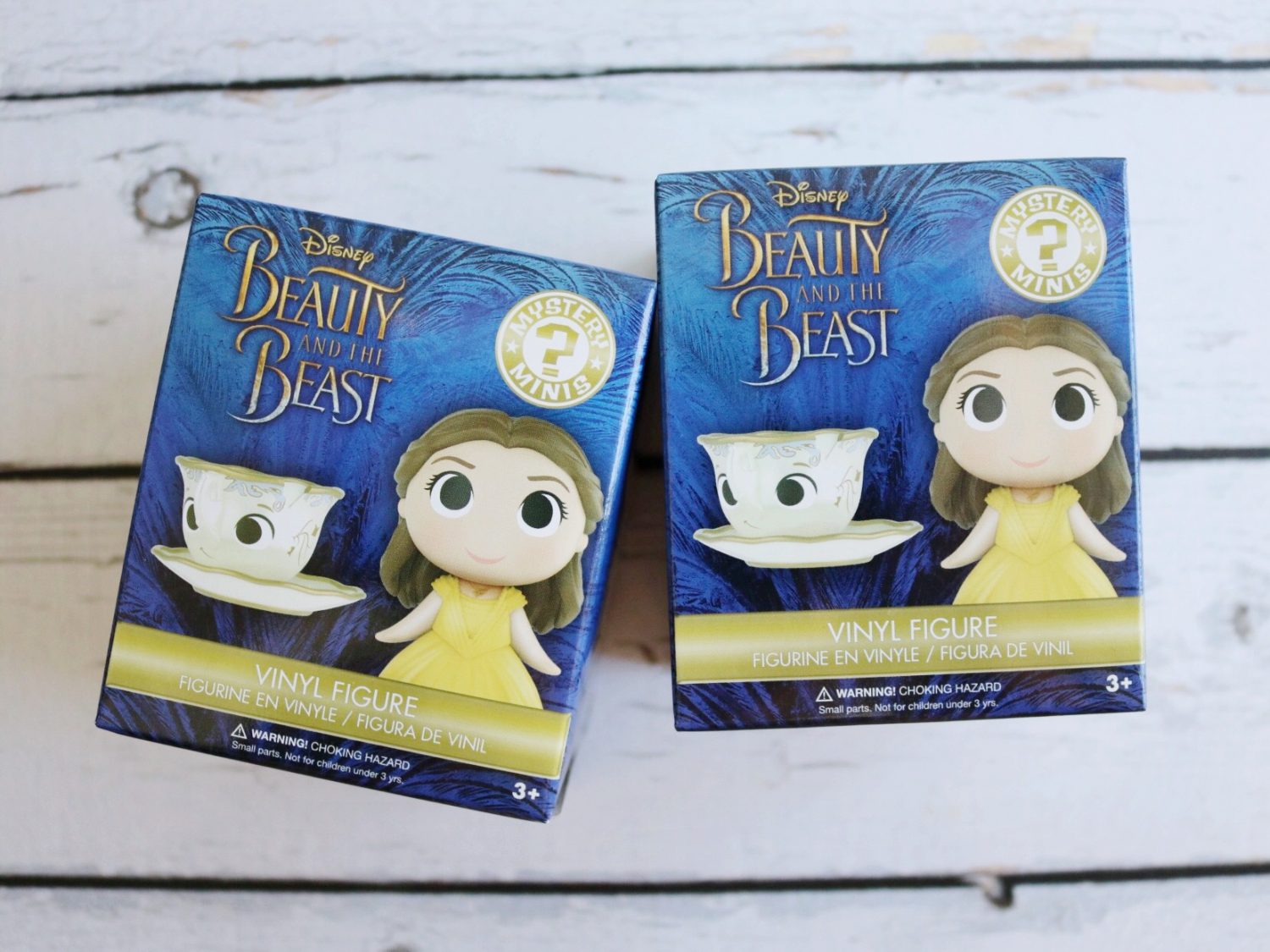 Happy Tuesday and welcome to another edition of Blind Box & Bag Roundup! I was going to post this yesterday (since I usually post Monday’s, Wednesday’s and Friday’s) but since it was a holiday I thought “why not just take the day off!” If you’ve been keeping up with my BB&BR’s then you already know that I am obsessed with the new Funko Mystery Mini mold (it’s so kawaii I can’t even handle it!). I’ve really been loving how many new Mystery Minis Funko has been releasing lately and I was so EXCITED when I heard they were releasing Beauty and the Beast mystery minis! As I’ve said (probably 1,000 times) on the blog before, Beauty and the Beast is my all-time favorite movie! At first I was a little apprehensive when it was announced that Disney was making a live-action version (because NOTHING can compare to the original, well the original animated Disney version) but as soon as I saw the first teaser trailer all of those worries went away! I can’t wait for the live-action Beauty and the Beast to come out next month (I already have my tickets and everything!).  END_OF_DOCUMENT_TOKEN_TO_BE_REPLACED 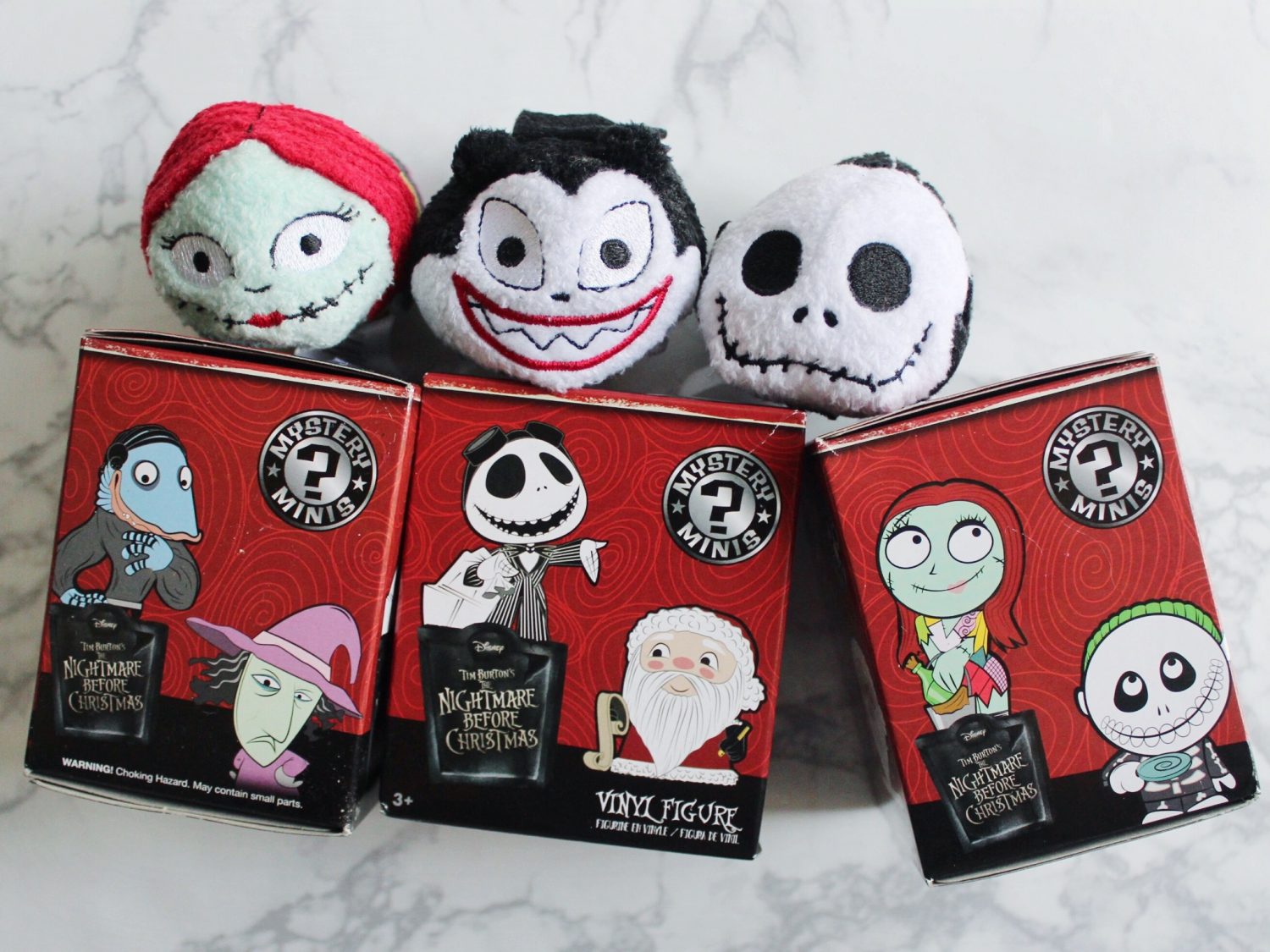 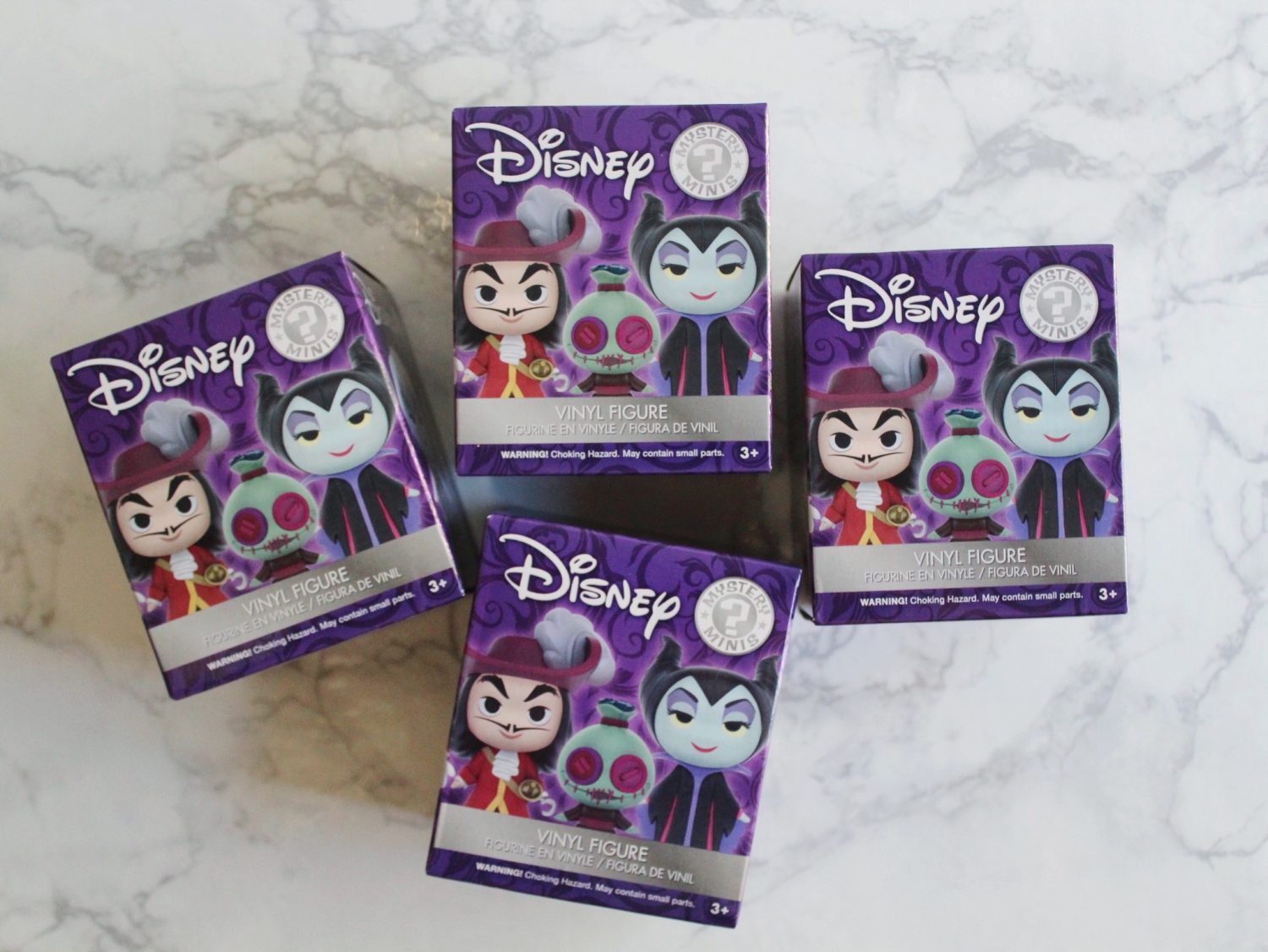 Happy Monday and welcome to another edition of Blind Box & Bag Roundup! If you’ve been keeping up with my BB&BR’s then you already know that I am obsessed with the new Funko Mystery Mini mold (it’s so kawaii I can’t even handle it!). I’ve really been loving how many new Mystery Minis Funko has been releasing lately and I was so EXCITED when Funko announced that there were making Disney Villains Mystery Minis. As some of you may or may not know, I’m a HUGE ‘villains’ fan. In fact, the villains are often my favorite characters in Disney films (is it just me or do villains always have the BEST songs and backstories? Speaking of villains, who else saw last night’s Once Upon A Time premiere?!!?). Since I LOVED the Harry Potter, Alice Through the Looking Glass and Disney Princess Mystery Minis so much, picking up a few of the new Disney Villains Mystery Minis was a no brainer! I’ve heard from a few people that these are supposedly hard to find at the moment but my local Hot Topic actually had two whole cases. Since I had a coupon (Hot Topic coupons ALWAYS come in handy), I decided to pick up four boxes! END_OF_DOCUMENT_TOKEN_TO_BE_REPLACED 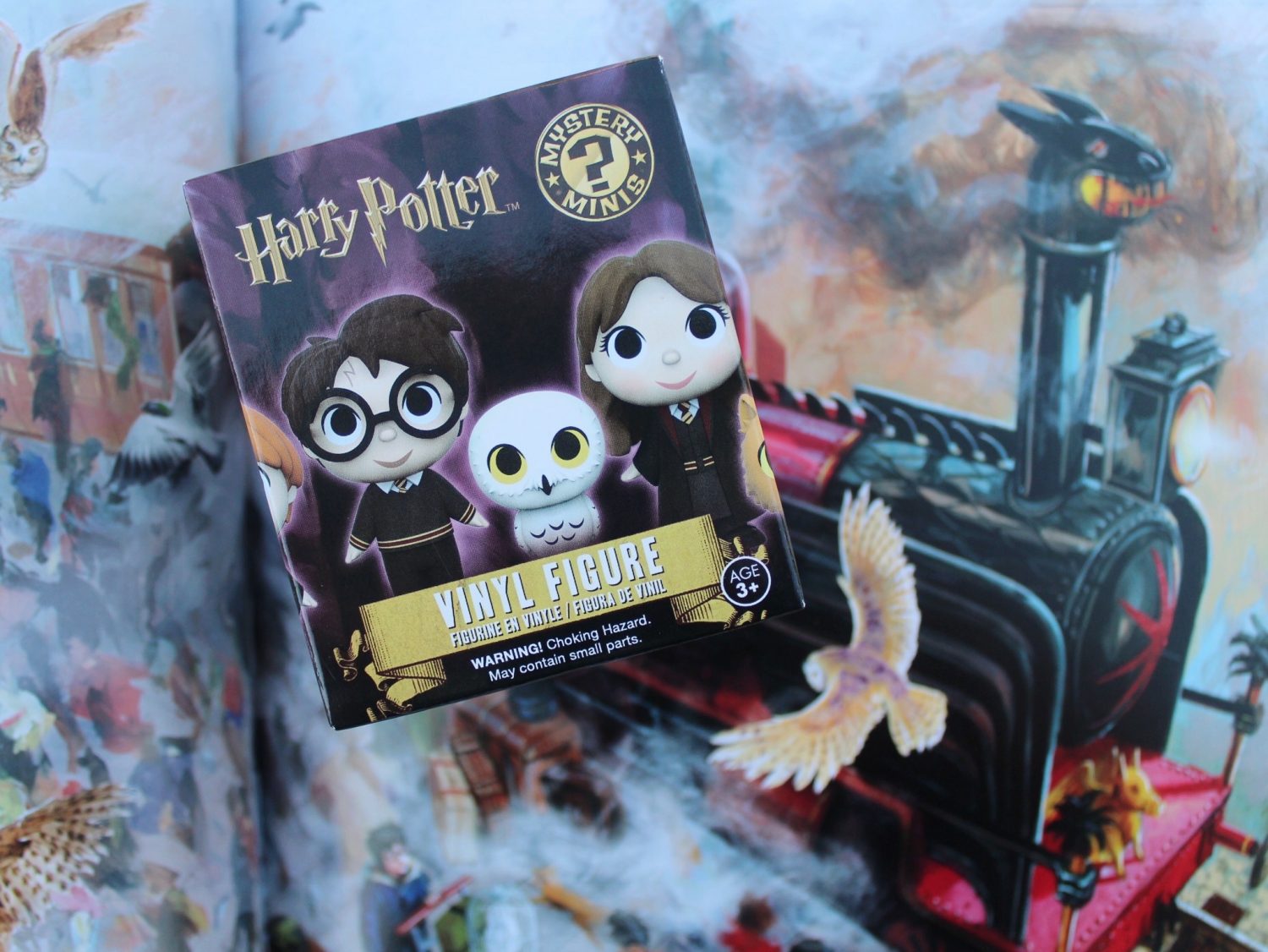 Happy Thursday and welcome to another edition of Blind Box & Bag Roundup! Like most millennials (let’s face it, like most people in general), I’m a HUGE Harry Potter fan. I grew up with Harry, Ron and Hermione and for that reason, the Harry Potter series will forever have a special place in my heart. Speaking of Harry Potter, I’m super excited because in three weeks I’ll be visiting the Wizarding World of Harry Potter again (I had a BLAST visiting it back in 2014 during Christmas time) and if that wasn’t exciting enough, I’ll be visiting it AGAIN in September (woot woot!). While I was at Target last night, I spotted these Funko Harry Potter Mystery Minis and I KNEW I had to get them (Harry Potter blind boxes?! Say no more, just shut up and take my money!). I’d heard that Funko would be coming out with Harry Potter Mystery Minis at some point but I didn’t know that they’d already been released (thank goodness for daily Target trips!). END_OF_DOCUMENT_TOKEN_TO_BE_REPLACED 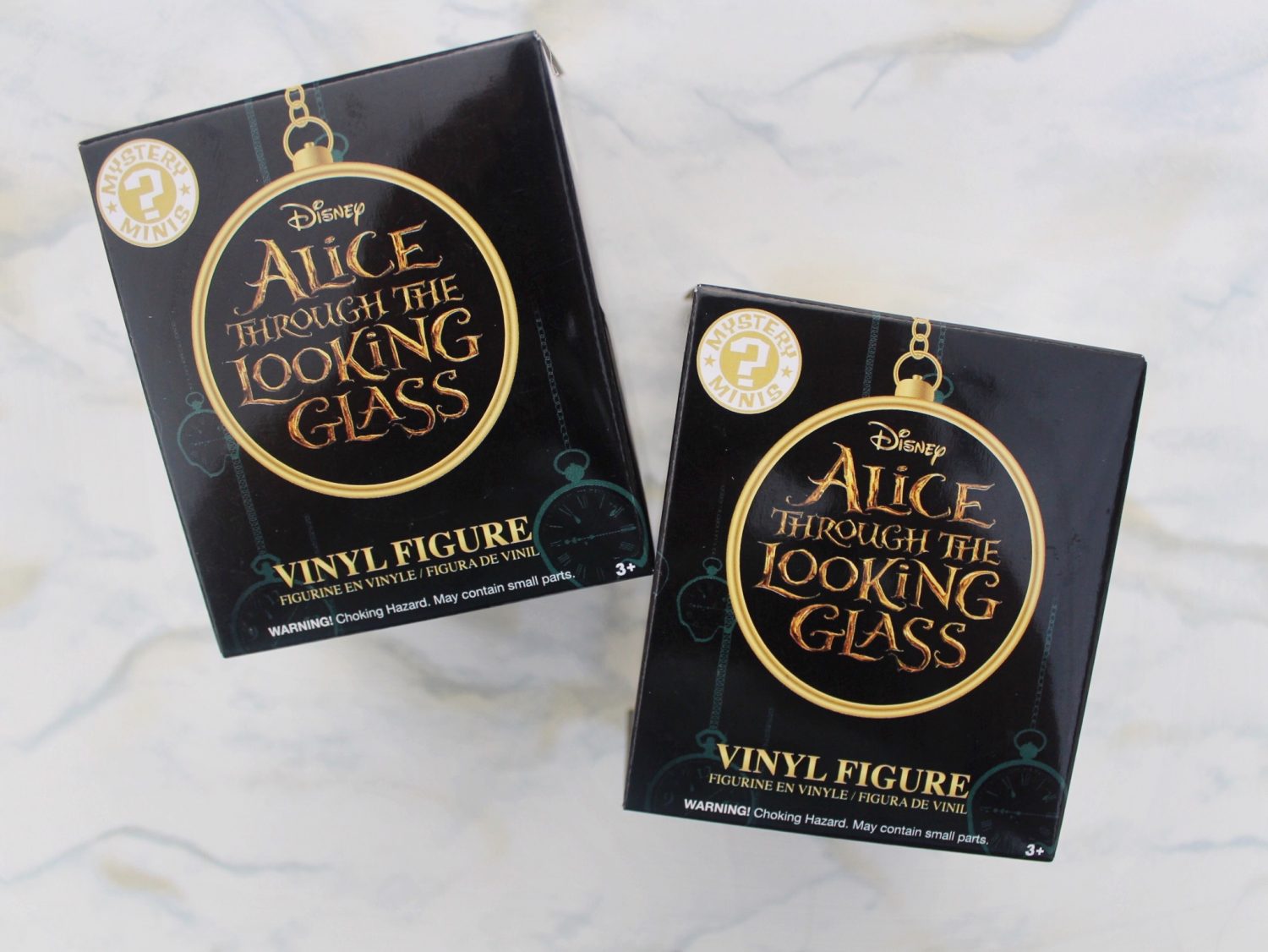 Happy Monday and welcome to another edition of Blind Box & Bag Roundup! This week’s BB&BR post is dedicated to the new Alice Through The Looking Glass Funko Mystery Minis. Fun fact: I LOVE Alice in Wonderland (the animated Disney film) but I’m not crazy about Alice in Wonderland (the Tim Burton film). In fact, I’ve only seen the Tim Burton Alice in Wonderland once back when it first came out in 2010 and in all honestly, I fell asleep halfway through (whoops). A few weeks ago when I was at Disney World for the Epcot International Flower and Garden Festival, I got to see a sneak peek of Alice Through The Looking Glass (this was before the film was released) and it actually looked intriguing. I’ve heard from a few people that Alice Through The Looking Glass wasn’t half bad so maybe I’ll have to check it out soon. You’d think since I’m such a HUGE Disney (and film) person that I would have seen it opening day (which I usually do with most films—I’m not a big fan of spoilers), but like I said, I wasn’t a huge fan of the first one. Speaking of Disney (more like Pixar) films, Finding Dory comes out NEXT WEEK! I’m so excited (I LOVED Finding Nemo, who am I kidding, I love EVERY Pixar film). One of the movie theaters I usually go to is doing a special Finding Nemo/Finding Dory double feature the Thursday before the film is released and you get exclusive Finding Dory gear, so I’m super excited for that!
END_OF_DOCUMENT_TOKEN_TO_BE_REPLACED