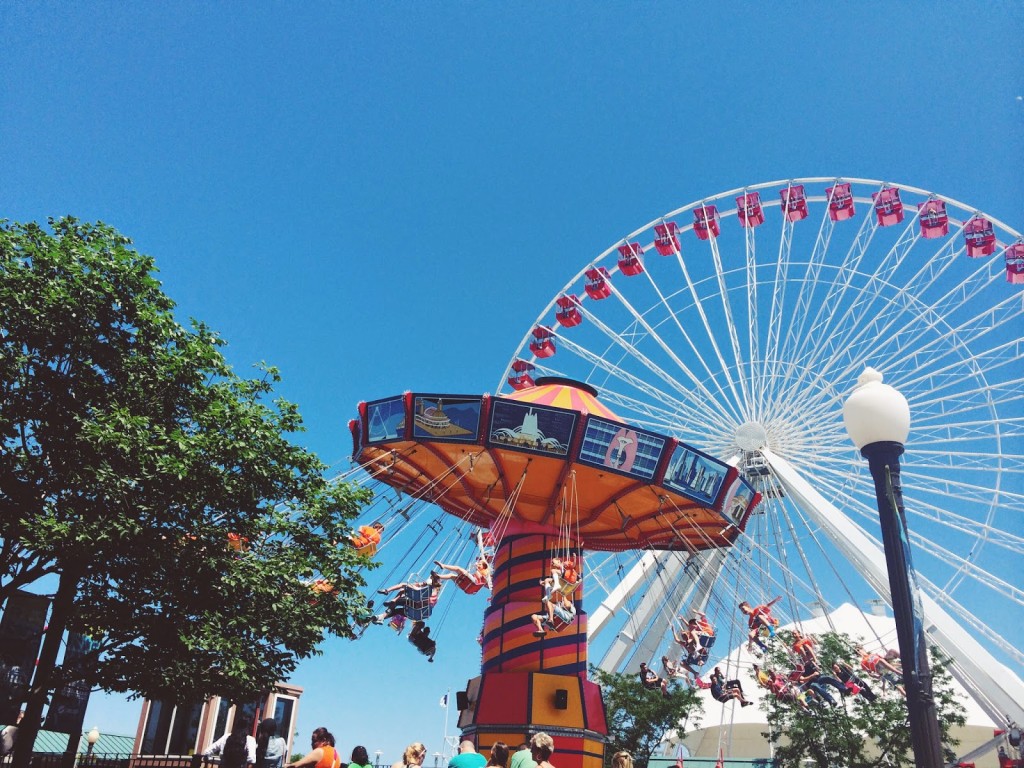 When the Illinois Lottery invited me to a ‘floating concert’ and to cover Janelle Monáe’s Taste of Chicago performance, I of course said yes! I’m always up for a good concert and a boat ride through the beautiful city of Chicago. I’ve never been to a floating concert before so I was very curious about how the whole thing was going to play out. Upon boarding Shoreline Sightseeing’s “The Star of Chicago,” I was greeted with amazing tunes from local cover band, 28 Days,  for an hour-long tour complete with amazing food, music and breathtaking views! 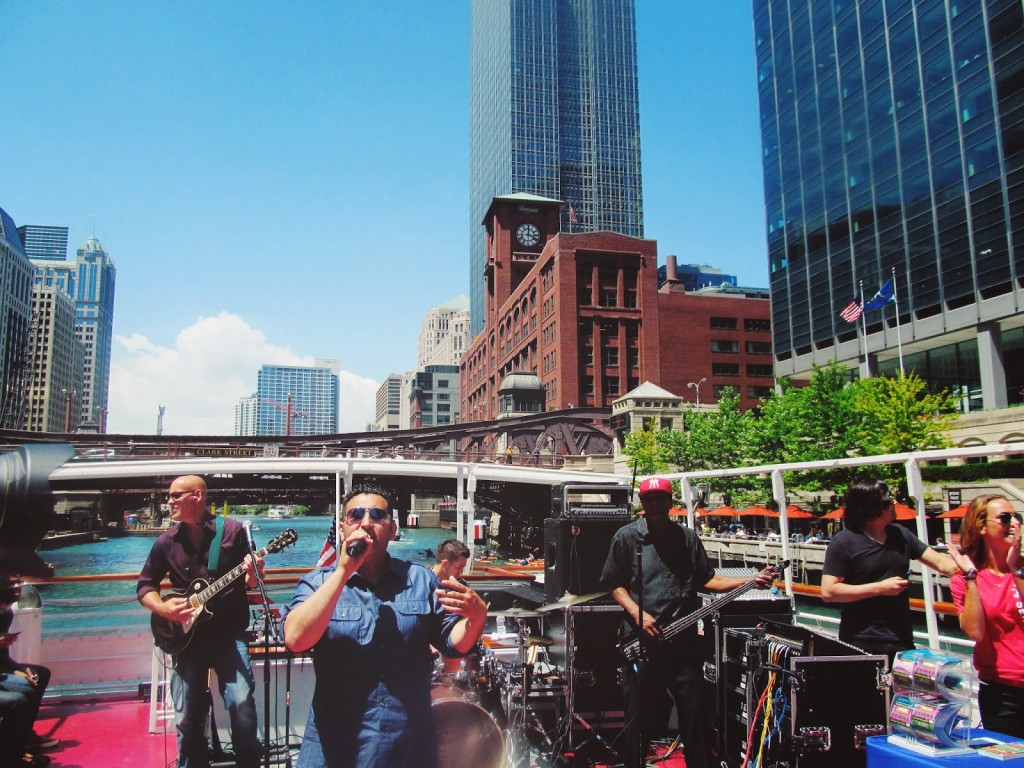 28 Days were amazing! Unlike some cover bands who try and slip in their original work, they strictly stuck with covers. My favorites included: Coldplay’s Viva La Vida (obviously,) Rascal Flatts’ ‘Life is a Highway,’ OneRepublic’s ‘Counting Stars,’ Pharrell’s ‘Happy,’ and Gavin DeGraw’s ‘I Don’t Want to Be‘ (aka the theme song from One Tree Hill!) 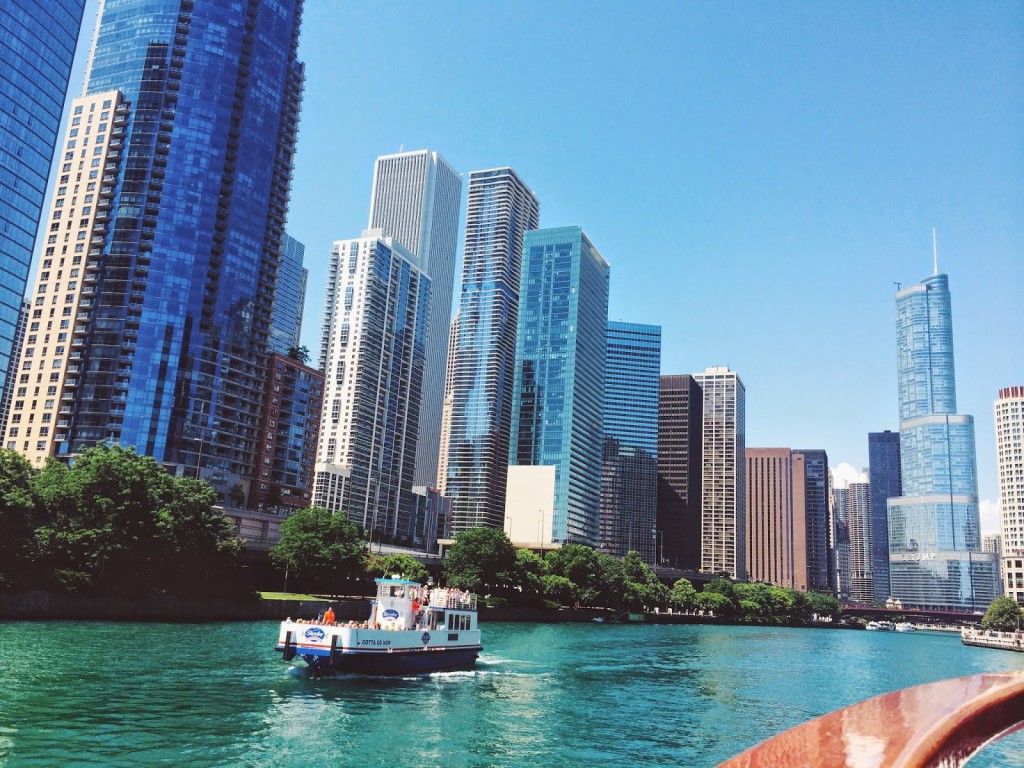 Just look at that view!?
After the floating concert, and touring the city a little bit, I headed over to the Taste of Chicago for another fun concert featuring Grammy nominated artist Janelle Monáe and Grammy-winning guitarist Gary Clark, Jr. 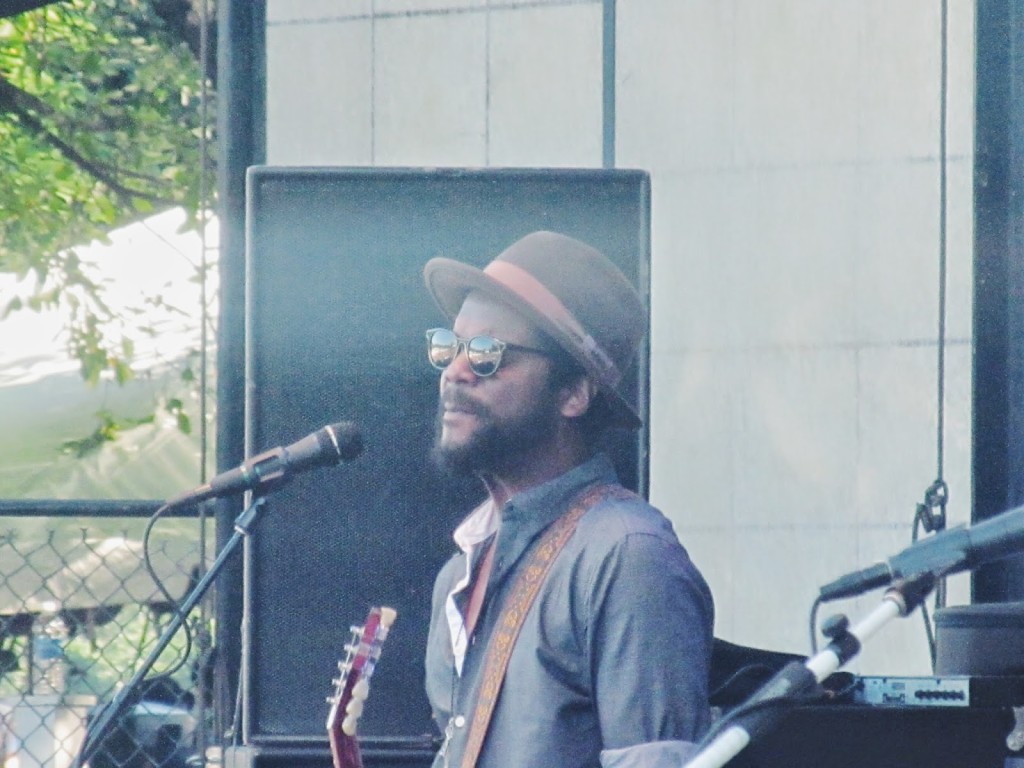 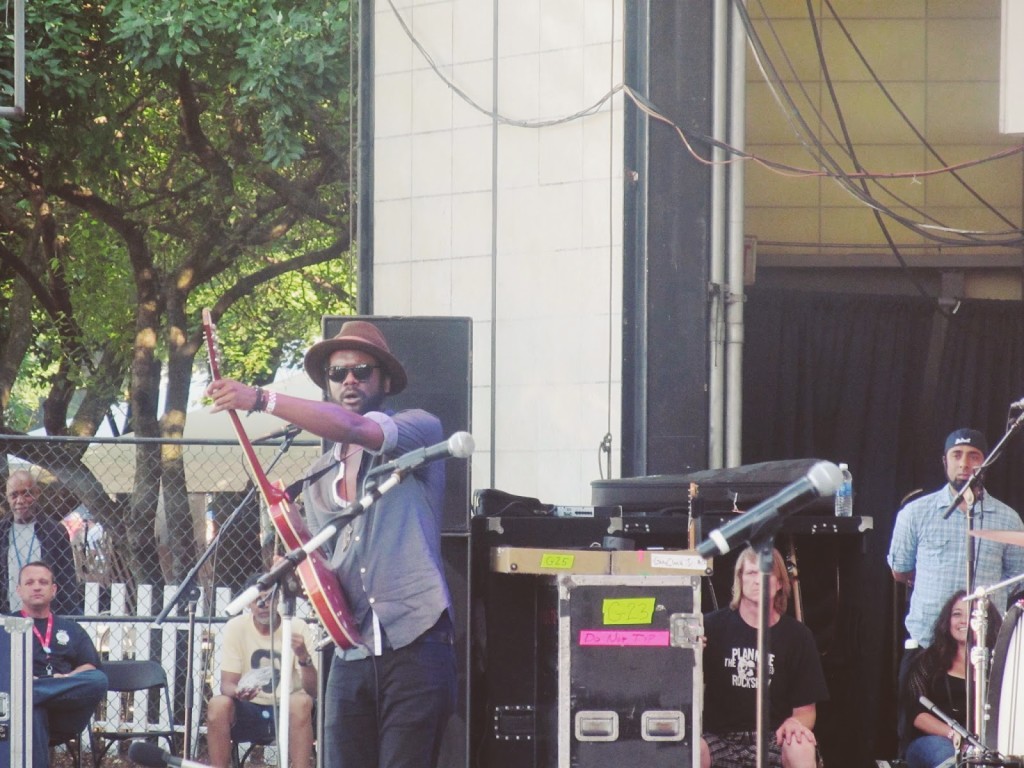 I’m not going to lie, I didn’t know much about Gary Clark, Jr. before Thursday but now I’m quite aware of his impressive resume. Clark’s music has been featured on various television shows including Friday Night Lights, Suits and House of Lies. Clark also performed alongside blues legends at the Red, White and Blues event at the White House in 2012.
I can see why Clark is often referred to as the new face of blues music. His songs were amazing and his guitar skills were out of this world. One of my favorite things about concerts and festivals is discovering new (well, new to me) artists and I’m so happy I discovered Gary Clark, Jr. 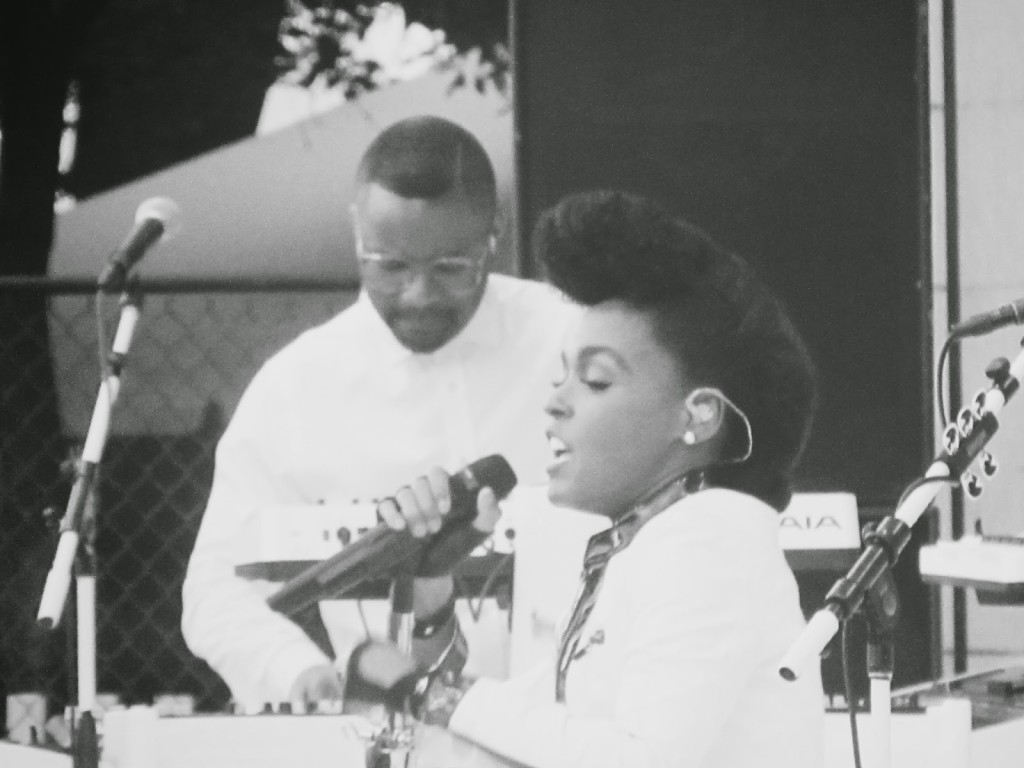 Even though I was excited to hear her perform, more than anything, I was excited to see what Janelle Monáe was going to wear! I love her style so much. There’s something so stylish about her black and white color scheme and suits! She didn’t disappoint when she came out in a creme crop jacket with black lining, white pants with a black belt, a white shirt with black boots, and her signature bow tie. I never realized just how tiny she was (she’s only 5′ 0?!!) until I saw her standing in front of me! For such a tiny person, she has excellent vocal control!
Although Monáe sung some of her more current songs, it was her covers of James Brown’s ‘I Feel Good‘ and Jackson 5′s ‘I Want You Back’ that really caught my eye (and ear!) Her vocal range is amazing! Like most people, I first discovered Monáe after her featured role in Fun.’s ‘We Are Young” and as soon as I heard her, I knew big things were in her future. She brings such a unique and refreshing style to the music industry! 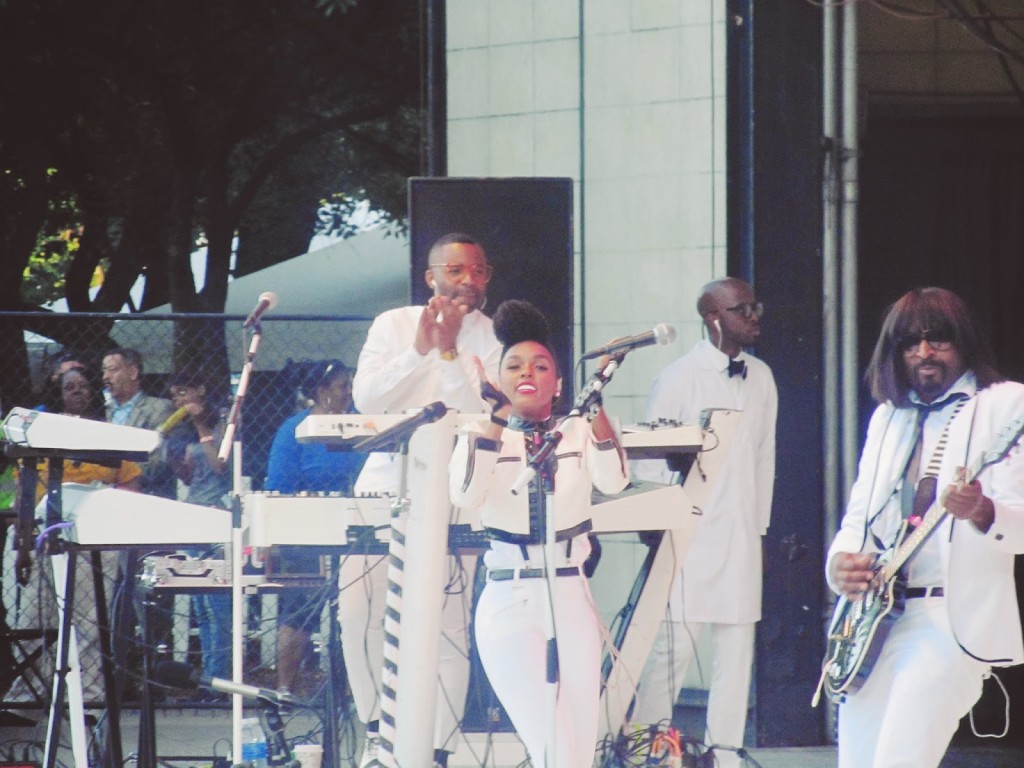 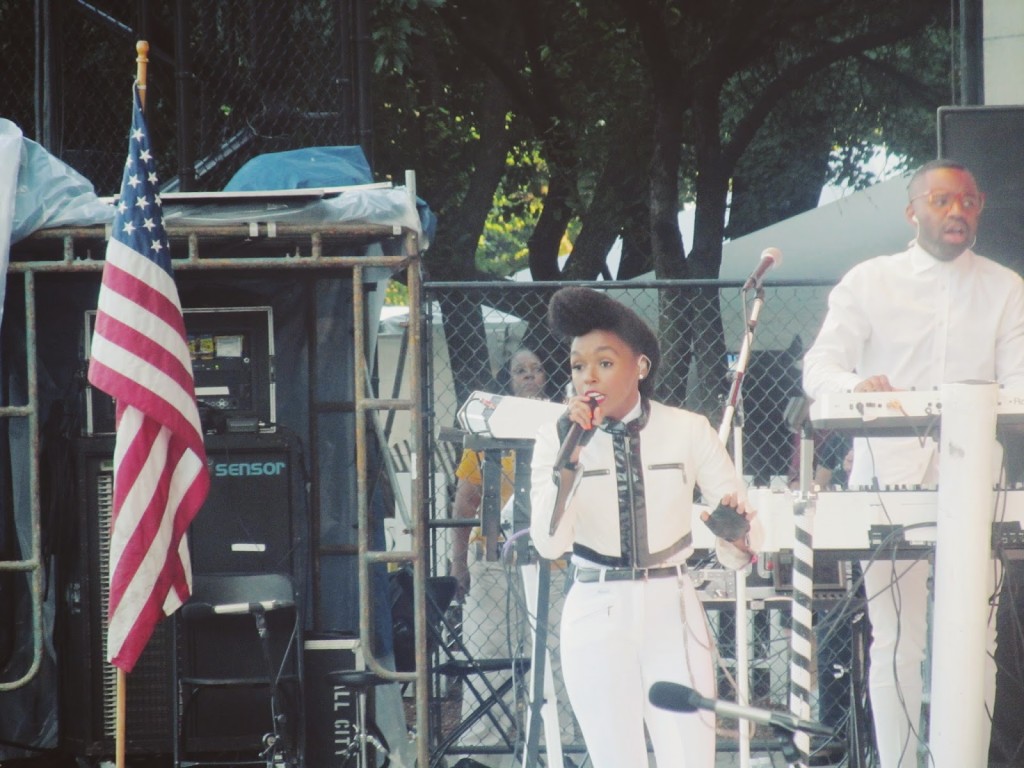