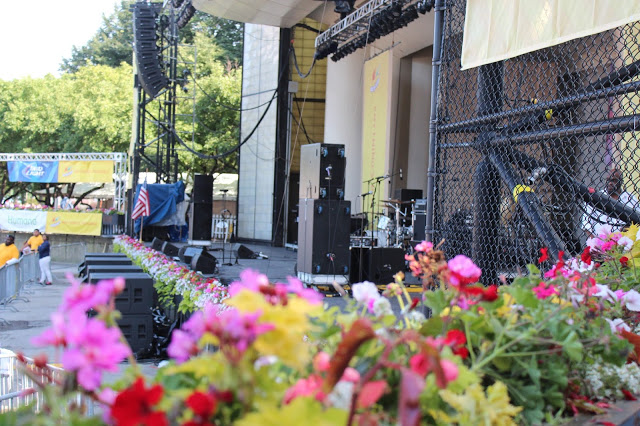 Ah, the first concert (review) of the Summer. If you ask me, Summer was made for concerts! This year the Illinois Lottery invited me to cover Erykah Badu’s Taste of Chicago Performance (this was my second time working with them since I partnered with them last year for the Anything’s Possible® Music Series + Janelle Monáe Concert!) It’s funny because I never used to be a “concert person” (when it comes to live music I’ve also been more of a Broadway person) but for the past two years, I’ve learned that I really LOVE concerts! Even if it wasn’t an artist I really liked (or was familiar with) there’s just something about the energy and vibe of concerts that I really love! 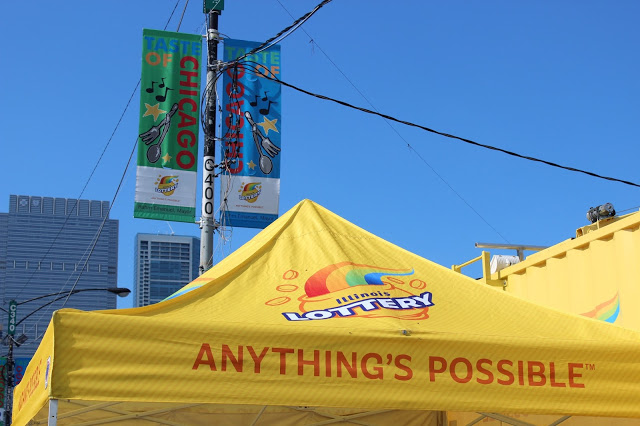 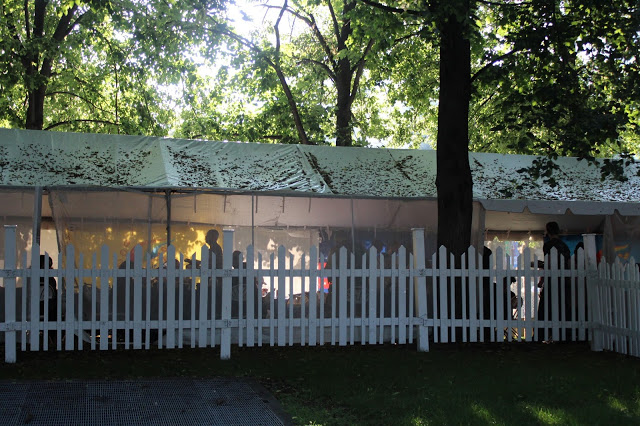 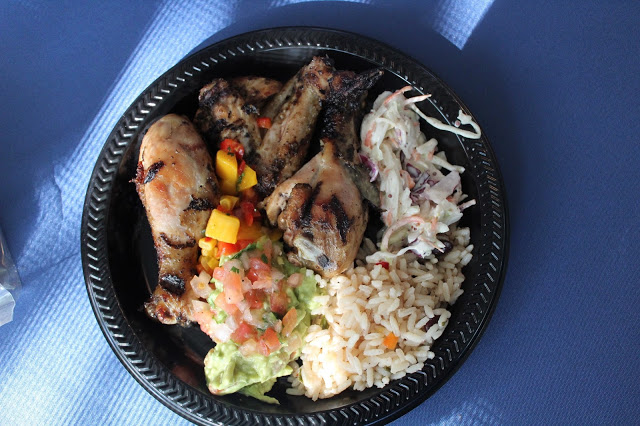 Although I LOVE getting the opportunity to review concerts, my favorite thing about partnering with the Illinois Lottery is definitely their VIP tent! It’s the perfect place to chill out and escape the sun and crazy crowds of the Taste of Chicago. It’s also the perfect place to grad DELICIOUS food! This year they served yummy rice and beans, jerk chicken, the BEST fish tacos I’ve ever tasted, guacamole, fruits and veggies and (of course) IL Lottery dipped Rice Krispies Treats (talk about a great pre-concert meal!) 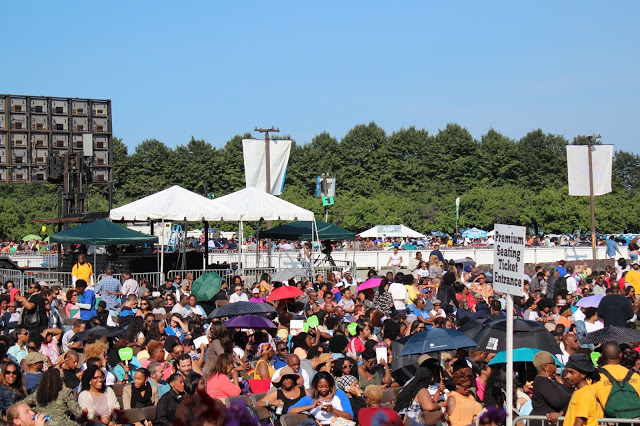 There are two viewing areas during the Petrillo Music Shell Concerts at the Taste of Chicago: the lawn (which is free) and the seating area (which you need a paid ticket for!) Usually people opt for the lawn since it’s free (and you still get a pretty great view of the performer) but that wasn’t the case for Erykah Badu! In fact, seats for Erykah Badu’s performance have been sold out for over a MONTH (that’s faster than with Robin Thicke headlined the Taste two years ago and that was during the HIEGHT of Blurred Lines!)

Trombone Shorty & Orleans Avenue opened for Erykah Badu and they were amazing! Trombone Shorty is a trombone and trumpet player from New Orleans who has worked in jazz, funk and rap music. Although I hadn’t previously heard of him, I really enjoyed his (and Orleans Avenue’s) set! They performed Marvin Gaye’s Let’s Get It On and Juvenile’s Slow Motion and it was AMAZING! It was definitely the highlight of their entire set! 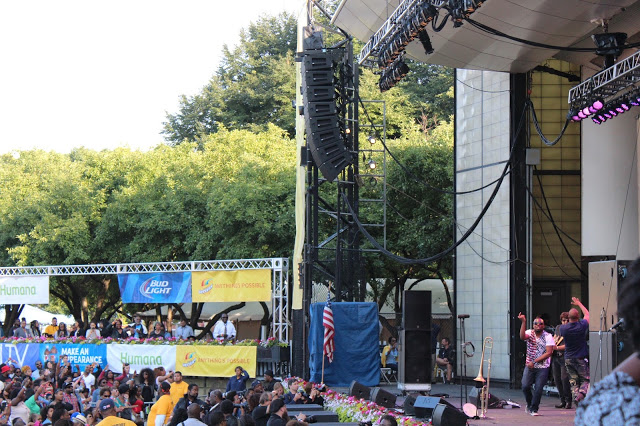 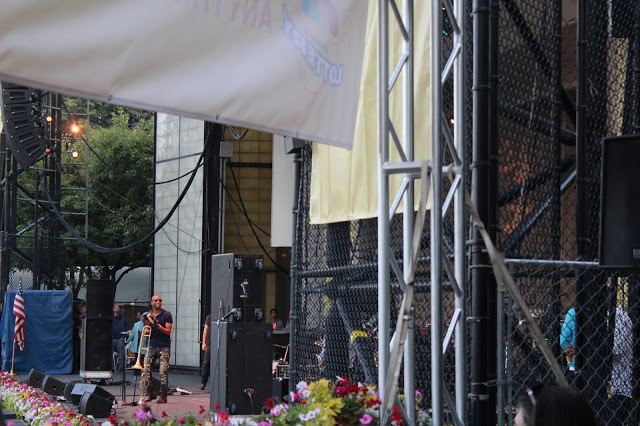 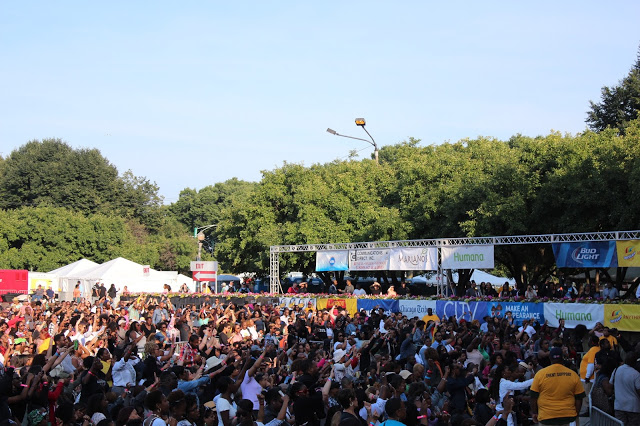 Trombone Shorty & Orleans Avenue really got the crowd GOING (maybe it was the fact that  Erykah Badu’s performance was almost two hours late and everyone just wanted something to jam to!) 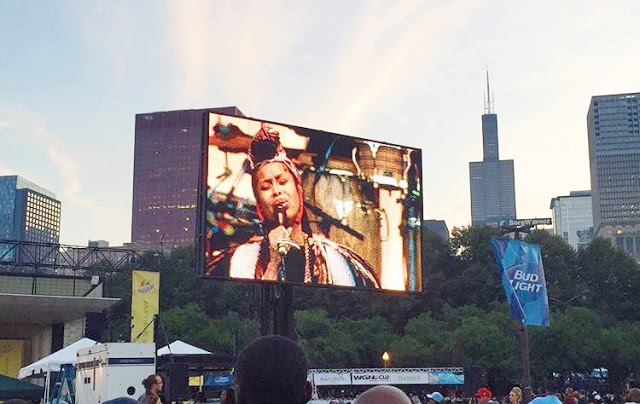 Erykah Badu was amazing! After waiting almost 3 hours for her to finally perform, the crowd was getting a little restless but she definitely made up for it! Her performance was amazing. She sings with such passion. You can really feel she loves performing (and that’s so important!) 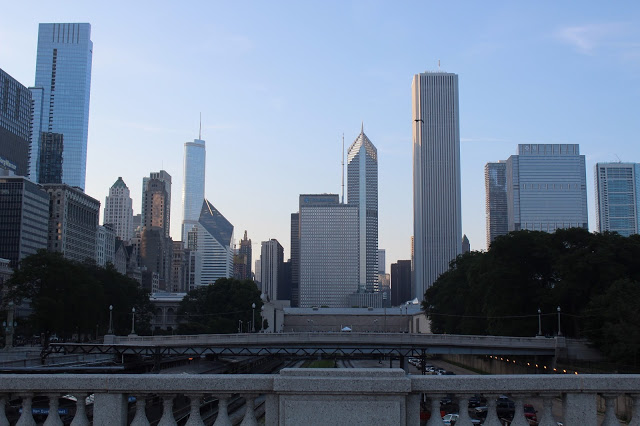 Thanks Chicago for another amazing night!