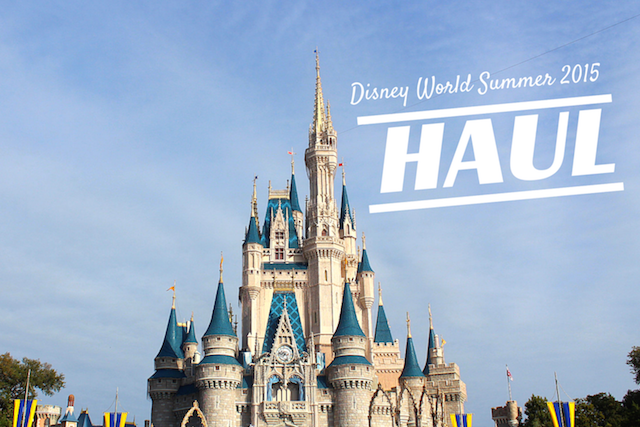 Happy Monday! Since I just returned from my trip to Disney World (I can’t wait to go back in November), I thought it would be fun to share a little haul of some of the items I bought on the blog today. One of my goals this month (this year really) is to blog more about what I love and I LOVE Disney! Since I have a Disney Parks trip planned every month (expect March) until May 2016, I thought this would be a cute little monthly Disney segment to feature on the blog. A quick disclosure, since I am a Disney Premier Passport holder, I get a pretty good discount on merchandise (20% off at Disneyland and 10% off at Disney World) so while this might seem like a lot of stuff (it really isn’t), I got an amazing deal on all of it! I decided to break down this haul into four parts: treats, plushies, pins and collectibles! Up first (one of my FAVORITE things about Disney): TREATS! 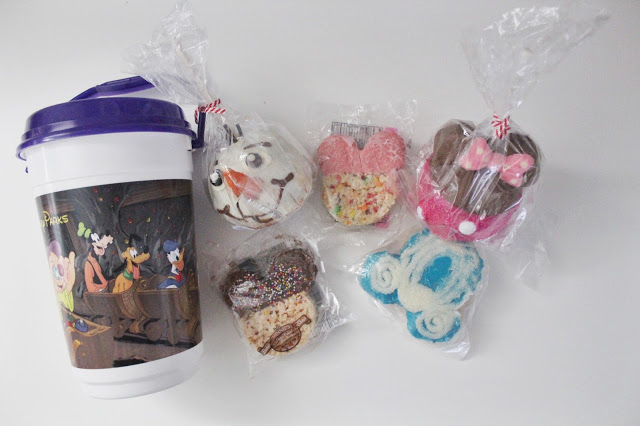 Snack wise, whenever I’m visiting the Disney Parks I always come home with a few popcorn buckets (Disney popcorn is the BEST), some Rice Crispy treats and a candy apple (or two!) This trip I brought home two souvenir popcorn buckets, three Rice Crispy treats (one with chocolate ears and colored sprinkles, one with pink ears and fruity pebbles throughout it and finally one with blue icing and sugar in the shape of Cinderella’s carriage) and two candy apples. I was a little bummed because I usually bring home one Minnie and one Jack Skellington candy apple but they were out of Jack Skellington on the day I was leaving. I settled with an Olaf one since he’s essentially the same kind of apple as Jack (white chocolate.) Needless to say I ate everything within three days of being back home! 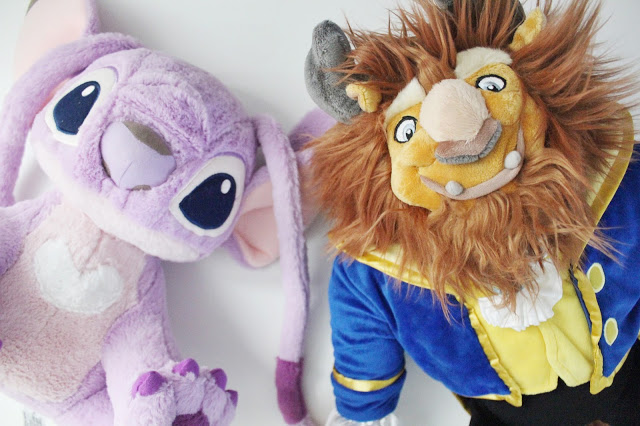 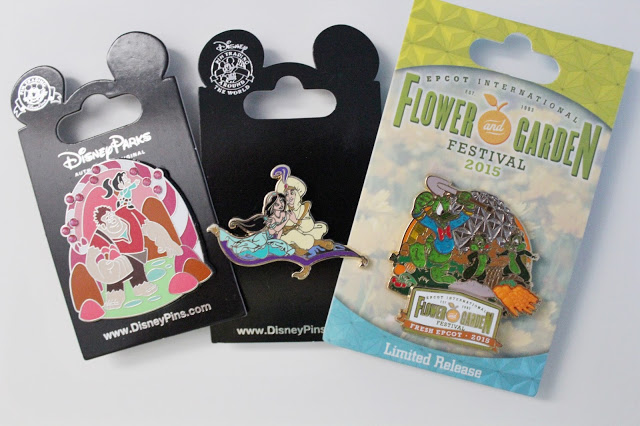 When it comes to the Disney pins portion of this haul, there’s two different ways to categorized them: ones I bought at the Disney Parks and ones I’ve traded for at the Disney parks! I only bought three pins while I was at Disney World this August/September: a Wreck It Ralph (and Vanellope) pin, a ‘A Whole New World’ pin (for my princess collection) and a 2015 Epcot Flower and Garden Festival pin with Donald and Chip and Dale (for my Chip and Dale collection!) 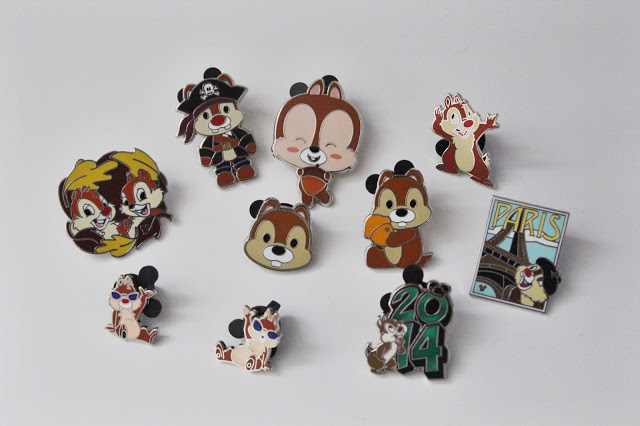 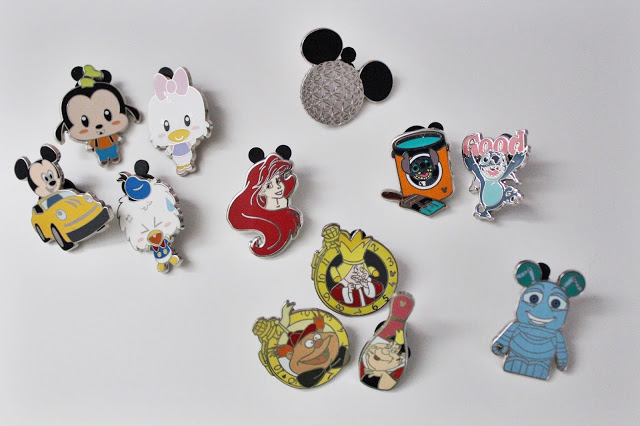 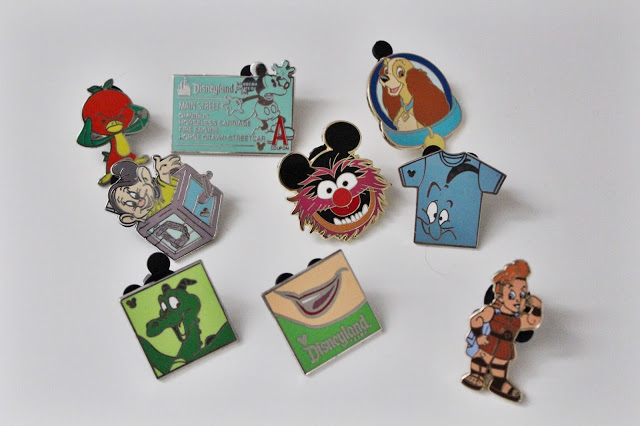 The final pins I traded for (I traded SO MANY pins this trip) don’t really fit into any of my collections but I thought they were cute nonetheless! 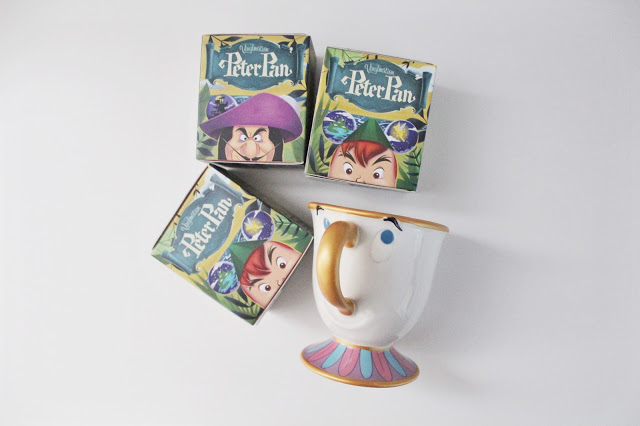 Ever since the Peter Pan Vinylmation’s were released, I’ve been waiting to get my hands on them (stay tuned for next week’s Blind Box and Bag Roundup to see which figures I got!) The final thing I got from Disney World was an adorable Chip cup. It’s no secret that Beauty and the Beast is my FAVORITE movie of all time so I was super excited to add this to my Disney cups/mugs collection!
16 Replies