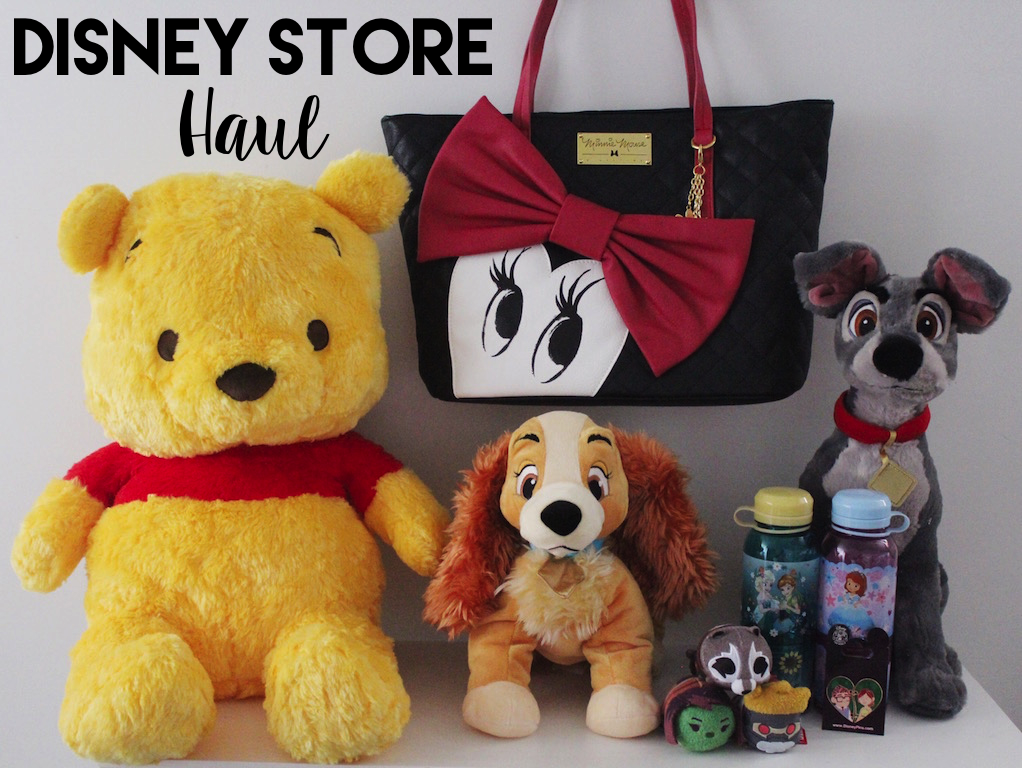 Happy Wednesday! It’s a new month, which means it’s time for a new Disney Haul! Sadly, this month marked the end of my monthly Disney trips (insert crying emoj!). That’s right, March was the first month since August 2015 that I didn’t visit either Disneyland or Disney World. BUT, on the bright side, in LESS THAN A MONTH (I leave April 15th) I’ll be headed to Disneyland Paris to celebrate my 24th birthday (which is April 17th aka the BEST DAY EVER!). Then, it’s back to Disney World in May for the Epcot International Flower & Garden Festival. Speaking of international Disney Parks trips, I’m currently in the process of planning/booking my Tokyo Disneyland trip (visiting Tokyo Disneyland would seriously be a dream come true so fingers crossed everything works out/goes according to plan!). Since I had such a blast sharing my last Disney Store Haul in January (and since I don’t have a Disney Parks Haul to share since I didn’t visit the parks this month), for this month’s Disney Haul I decided to share another Disney Store Haul (since I shop there so often!). Here’s my March Disney Store haul: 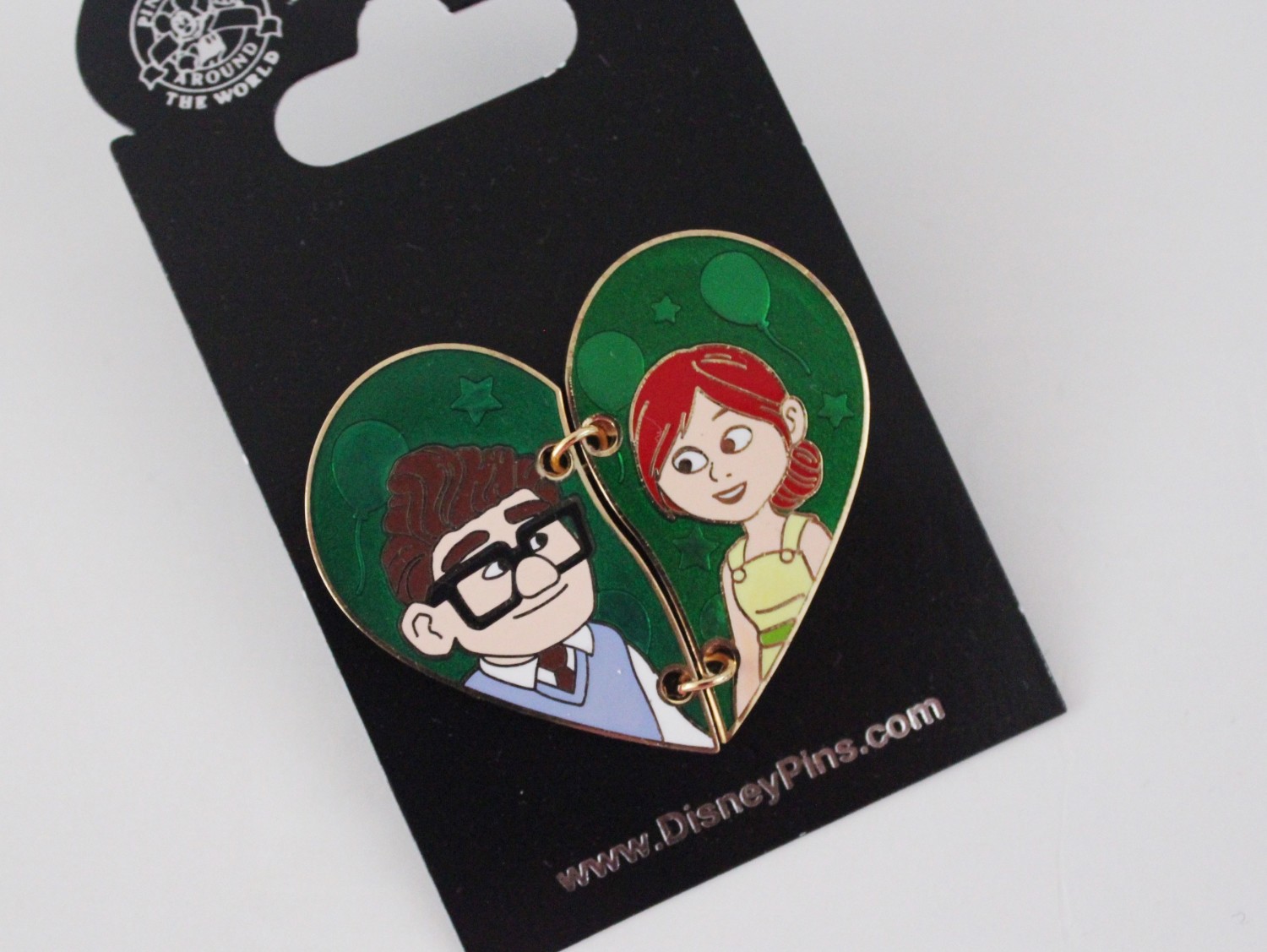 As many of you already now, I’ve been collecting Disney Pins since 2001 (when Pin Trading first started at Disney World). As of now I collect Alice in Wonderland pins, Beauty and the Beast pins, Fab Five (Mickey, Minnie, Donald, Goofy and Pluto) pins, Pixar pins, Chip ‘n Dale pins, resorts/attractions pins, Stitch pins, princess pins and villains pins (although I do have a collection of random pins, like Star Wars pins and Disney dog pins, that don’t fit into any of those categories). My Pixar pin collection is definitely one of my smaller collections so whenever I find a cute Pixar pin I have to get it! How adorable is that Ellie and Carl/UP pin?! Along with Disney pins, I also collect Disney cups/mugs (if you couldn’t already tell, I LOVE collecting things! I even plan on doing a whole post dedicated to my Disney cups/mugs collection soon). Since the Disney Store was having a huge sale on cups (they were all $4.99), I couldn’t resist picking up these adorable Frozen Fever (although I’m so OVER all the Frozen merch, I can’t deny how adorable the Frozen Fever stuff is), The Lion Guard and Sophia the First cups. 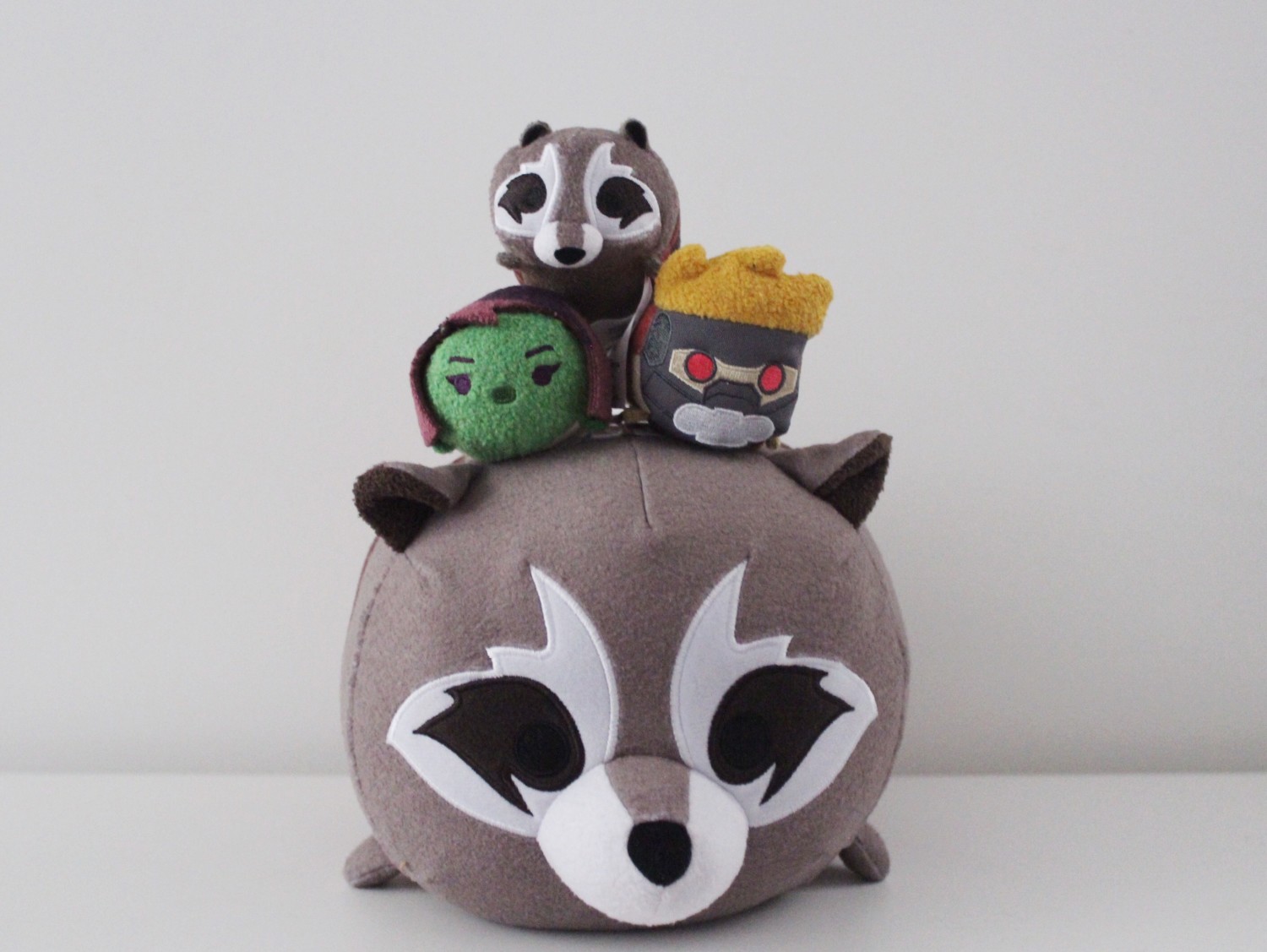 If you follow me on Instagram, then you already know about my tsum tsum obsession (I own EVERY Disney tsum tsum that’s been released in the US so far!). Although I love collecting tsum tsum’s, I have to admit I’m not a huge fan of the Marvel ones (which is weird because I’m a HUGE Marvel fan!). Since tsum tsum collecting is pretty pricey, I decided a while ago to just stick to collecting the Disney ones (I do have the first Marvel/Avengers set that was released last year though.) Although, when I saw these Guardians of the Galaxy tsum tsum’s on sale for $1.99 (the medium Rocket was only $4.99), I knew I couldn’t pass up such a great deal. 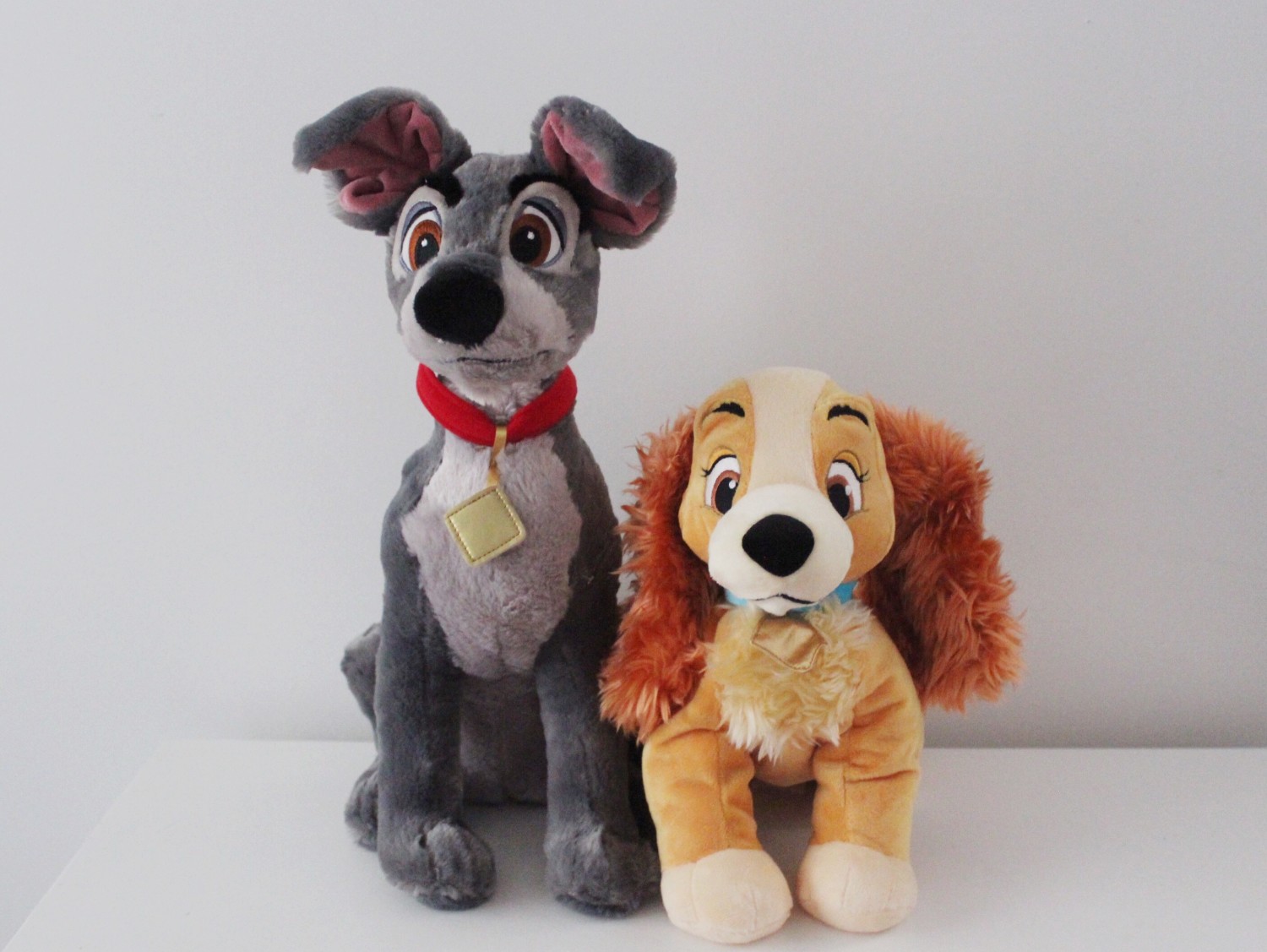 A while back the Disney Store was having a buy one, get one for a $1 plush sale, so I decided to pick up these adorable Lady and the Tramp plushies (whenever the Disney Store has a sale like that, I always prefer to get plushies pairs like Pooh and Piglet or Mickey and Minnie, etc.) 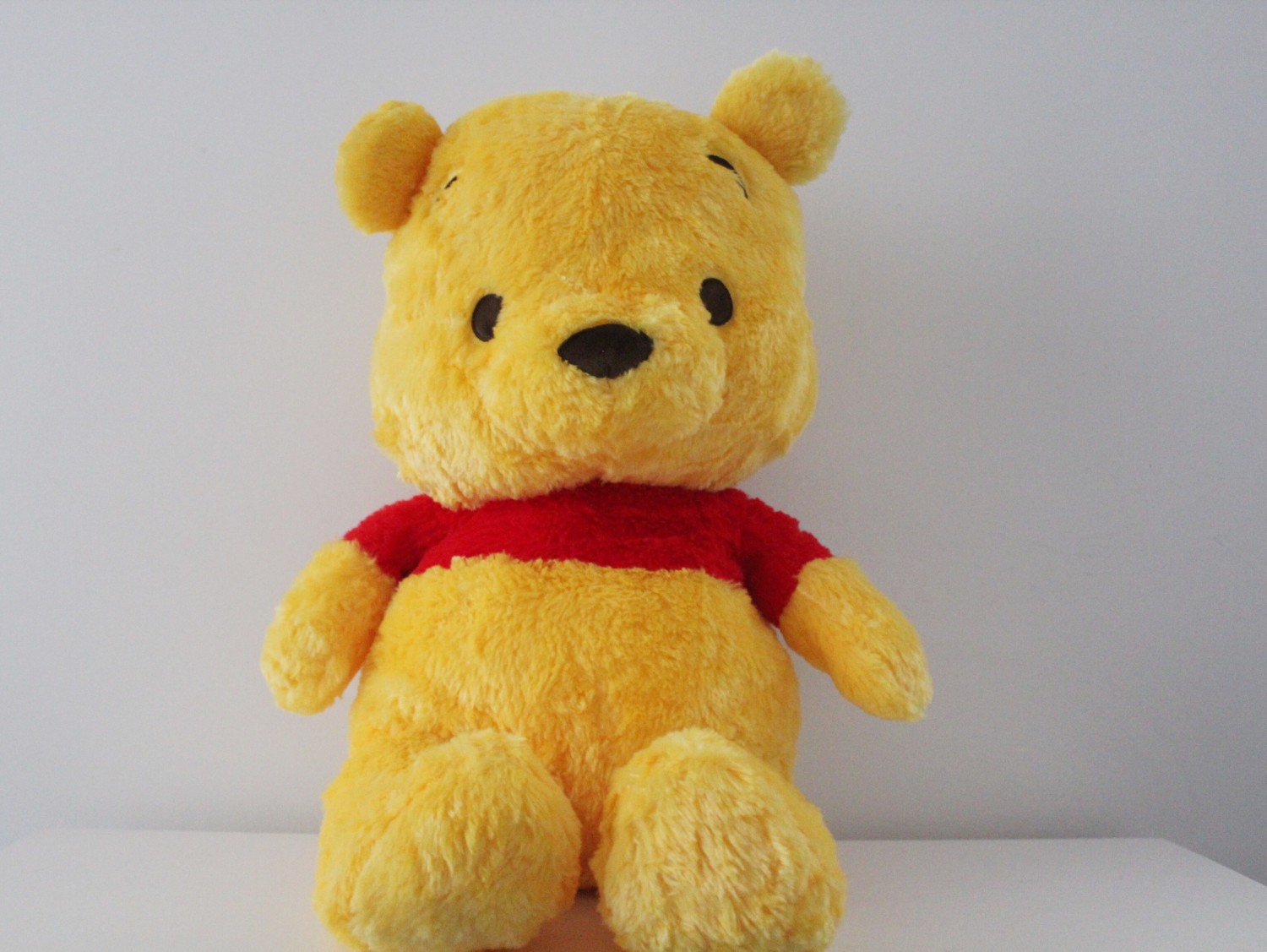 I’ve been eyeing this adorable 19 inch Winnie the Pooh Anime plush for so long but I REFUSED to pay $49.99 for it! Luckily for me, it went on sale (for only $22) earlier this month! It’s seriously the cutest thing EVER! It looks so cute on my shelf next to the Kawaii Tigger plush I got from Disney World last Christmas. 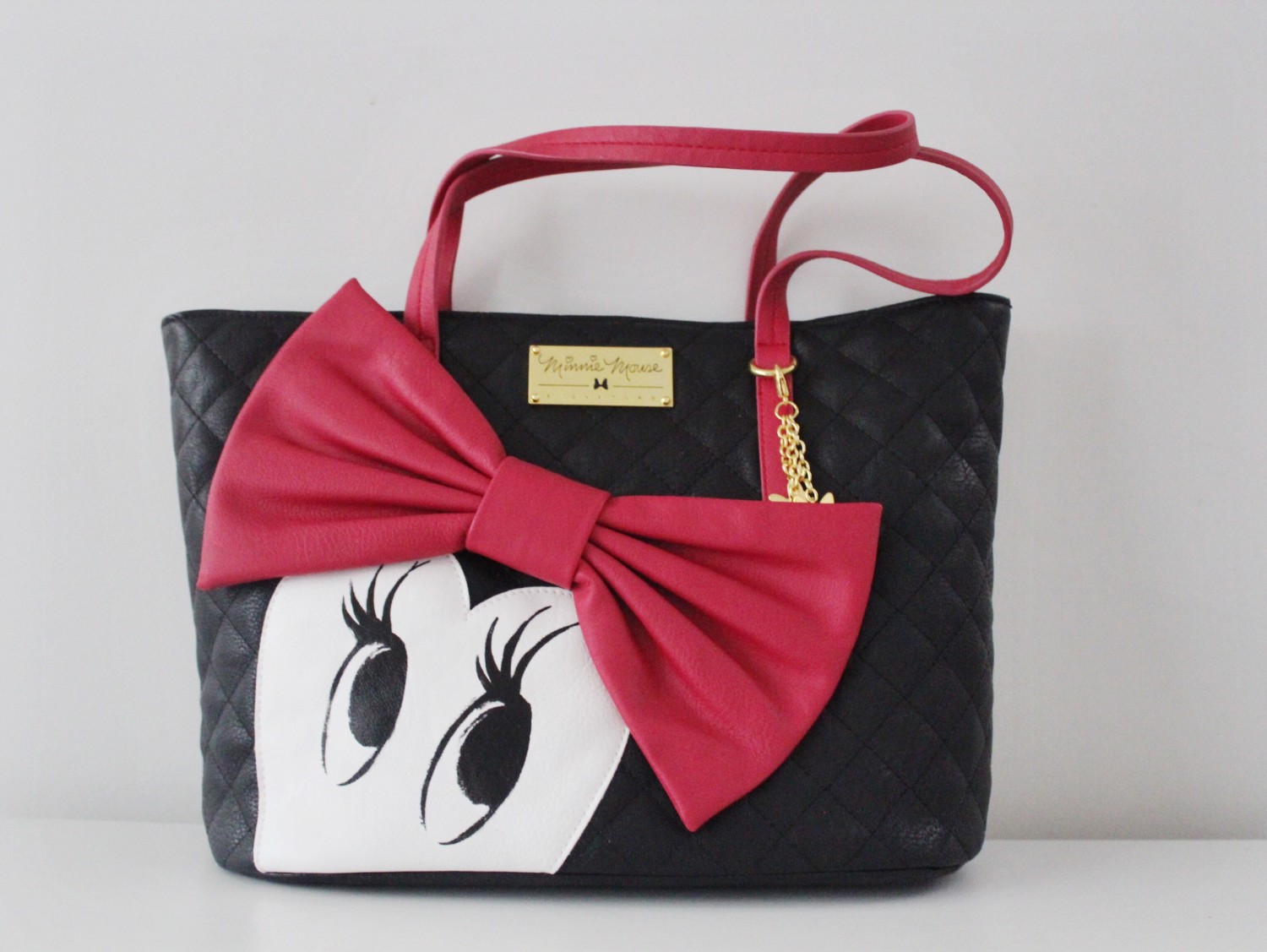 How adorable is this Minnie Mouse Signature Handbag (it was one sale for only $20, down from $50+!)? Now I have two adorable Minnie purses to rock this spring, this one and my floral Minnie purse I got at Disneyland last month. 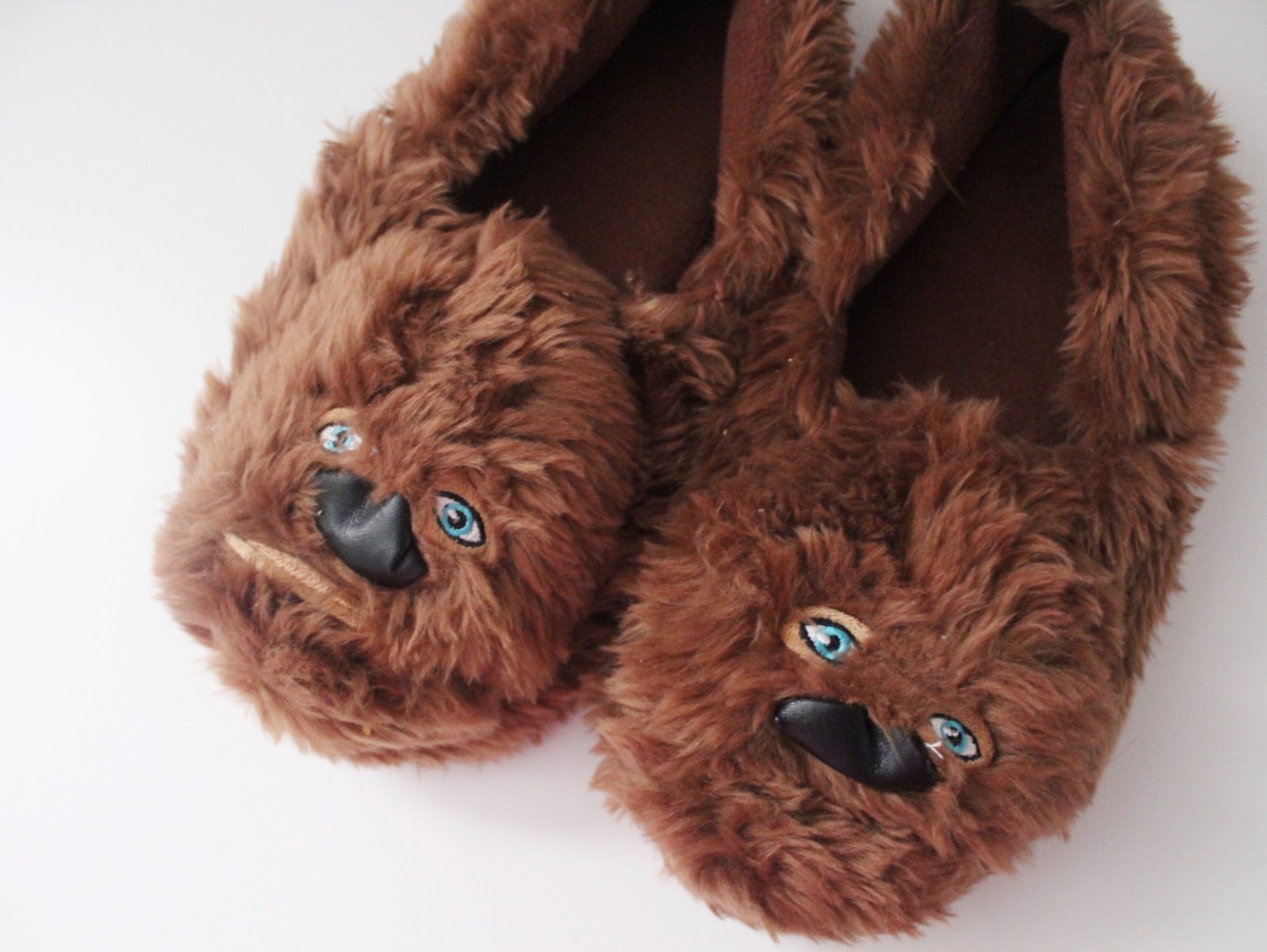 The last thing I purchased from the Disney Store this month were these super cute Chewbacca slippers (which were on sale for only $6.99. As you can clearly see, I usually only buy things when they are on sale/or if I have a coupon).