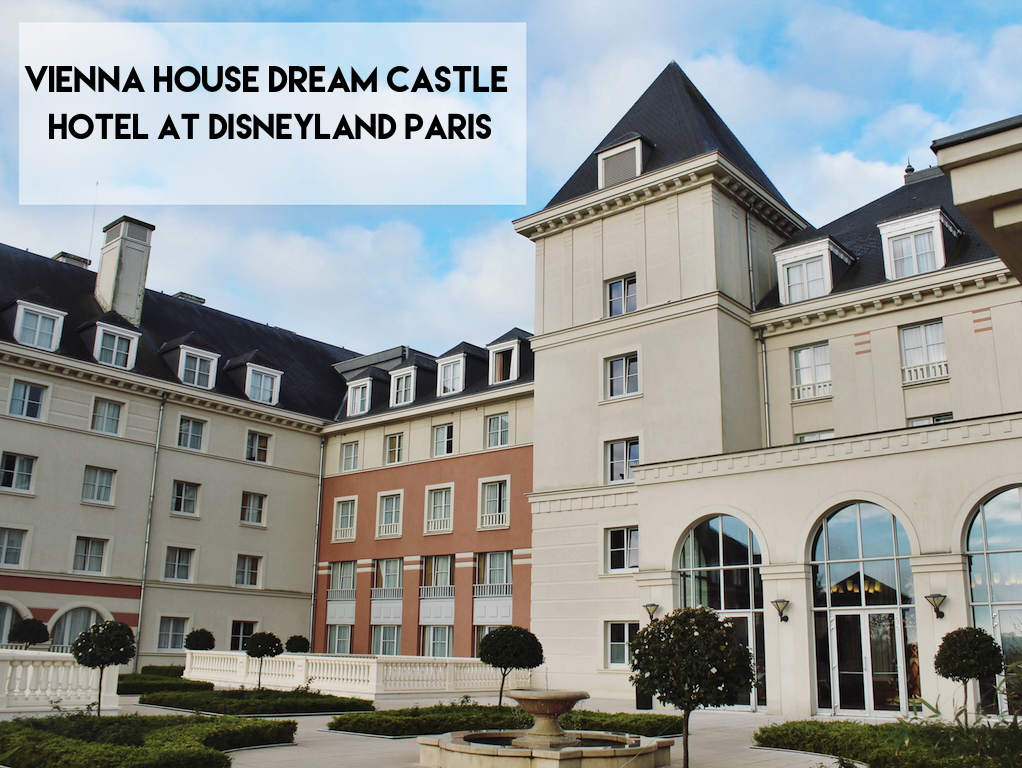 Located about 10 minutes away from Disneyland Paris and the TGV train station (which takes you to Paris/the city), the Vienna House Dream Castle Hotel is definitely a great hotel choice for any Disneyland Paris vacation! 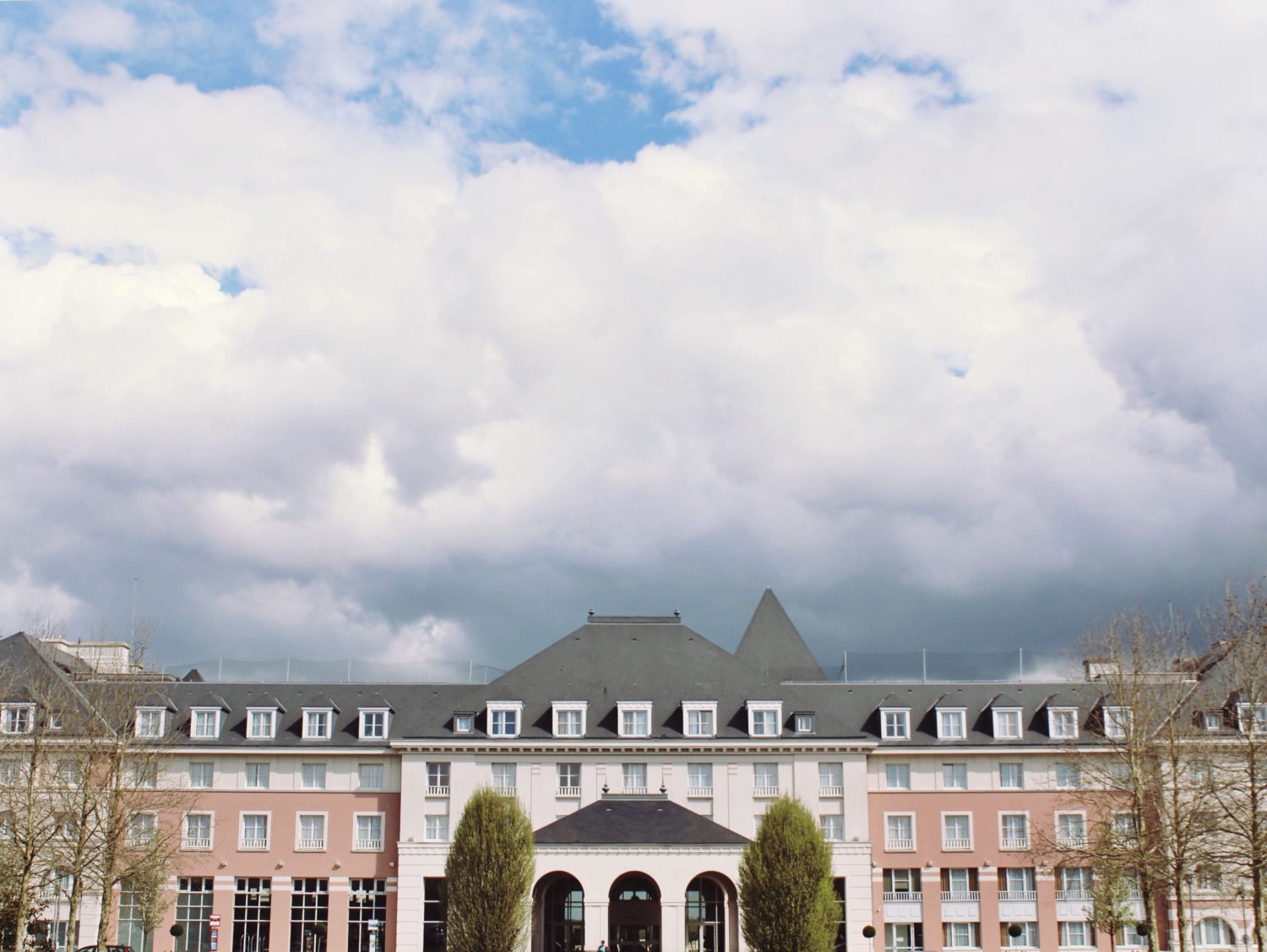 The Vienna House Dream Castle Hotel gave me SERIOUS Wes Anderson vibes (and if you’re a longtime Simply Sinova reader than you already know about my Wes Anderson obsession! I mean, he is my FAVORITE screenwriter and director after all!). The different pink hues used throughout the hotels exterior was just to cute to be true! 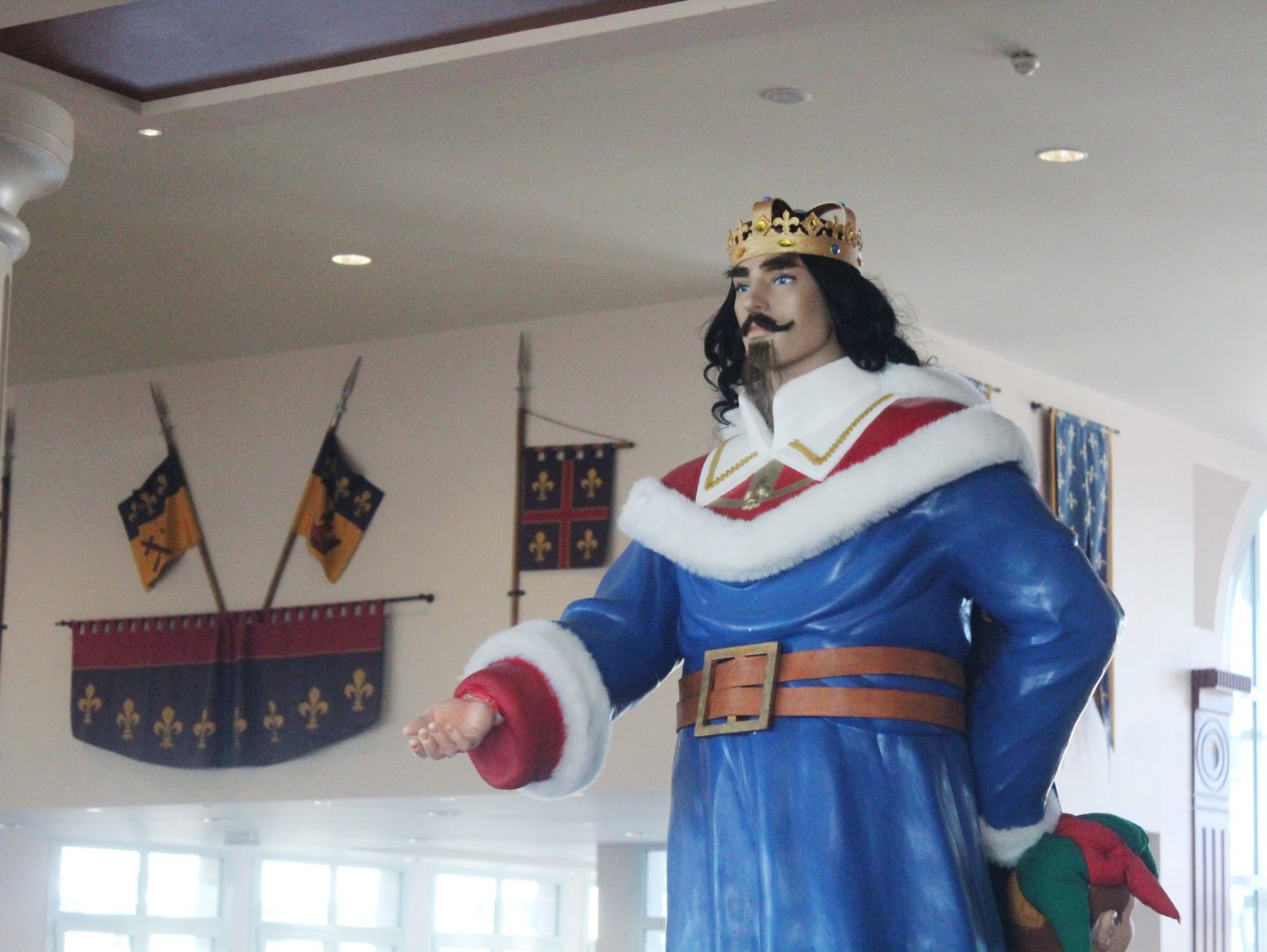 As soon as you enter the Dream Castle Hotel lobby, you’re immediately greeted by the (let’s be honest, creepy) king. 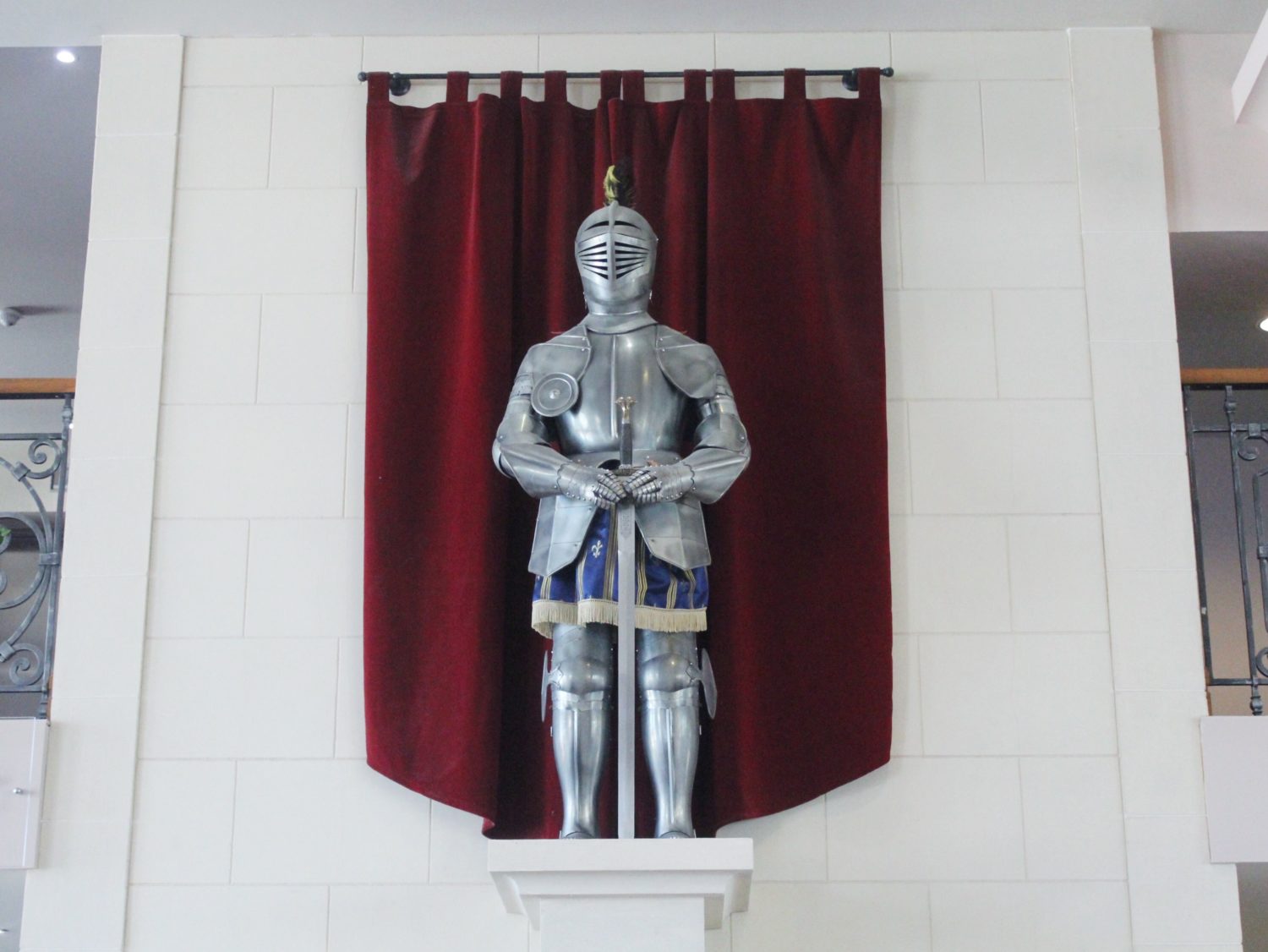 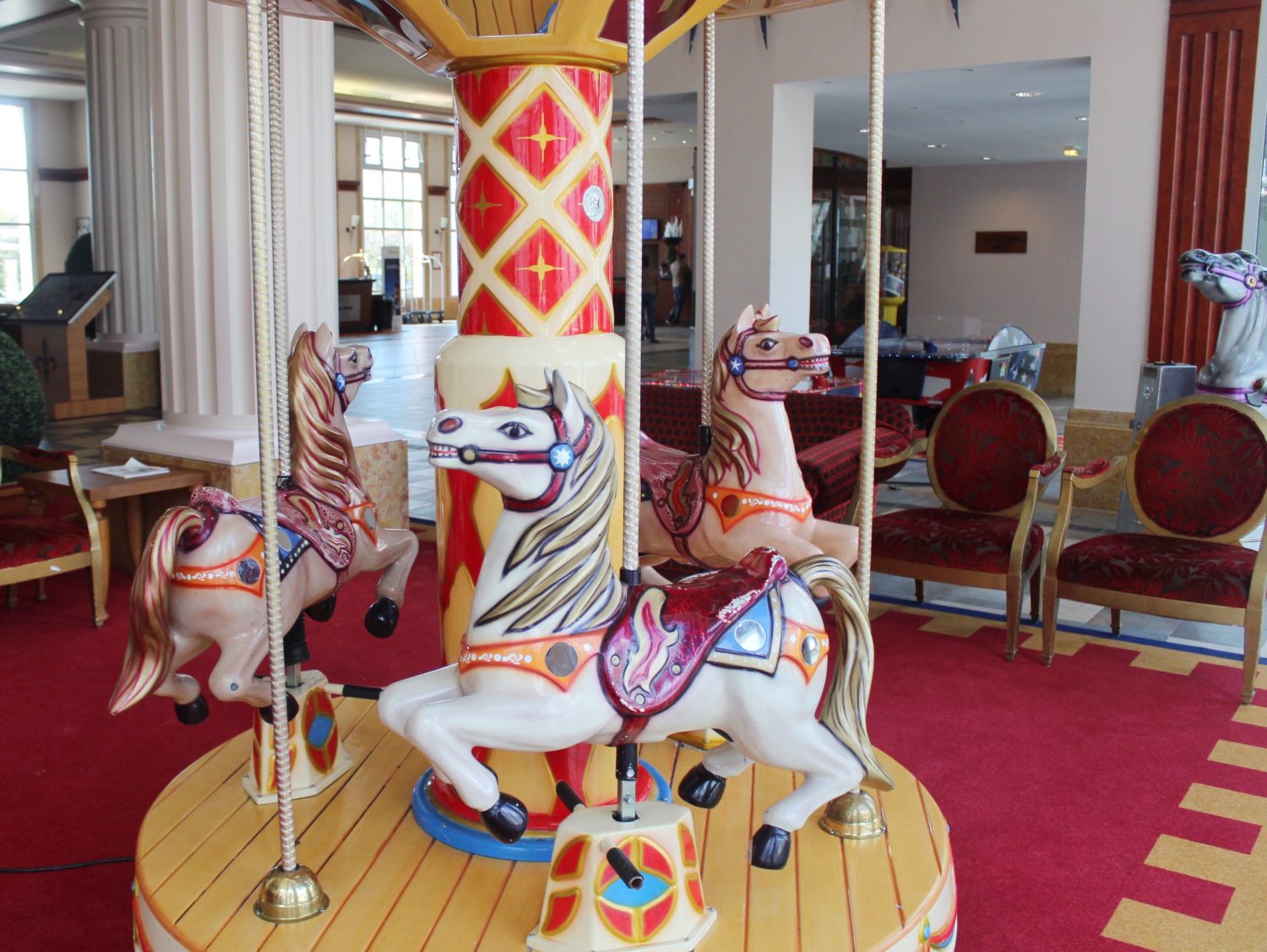 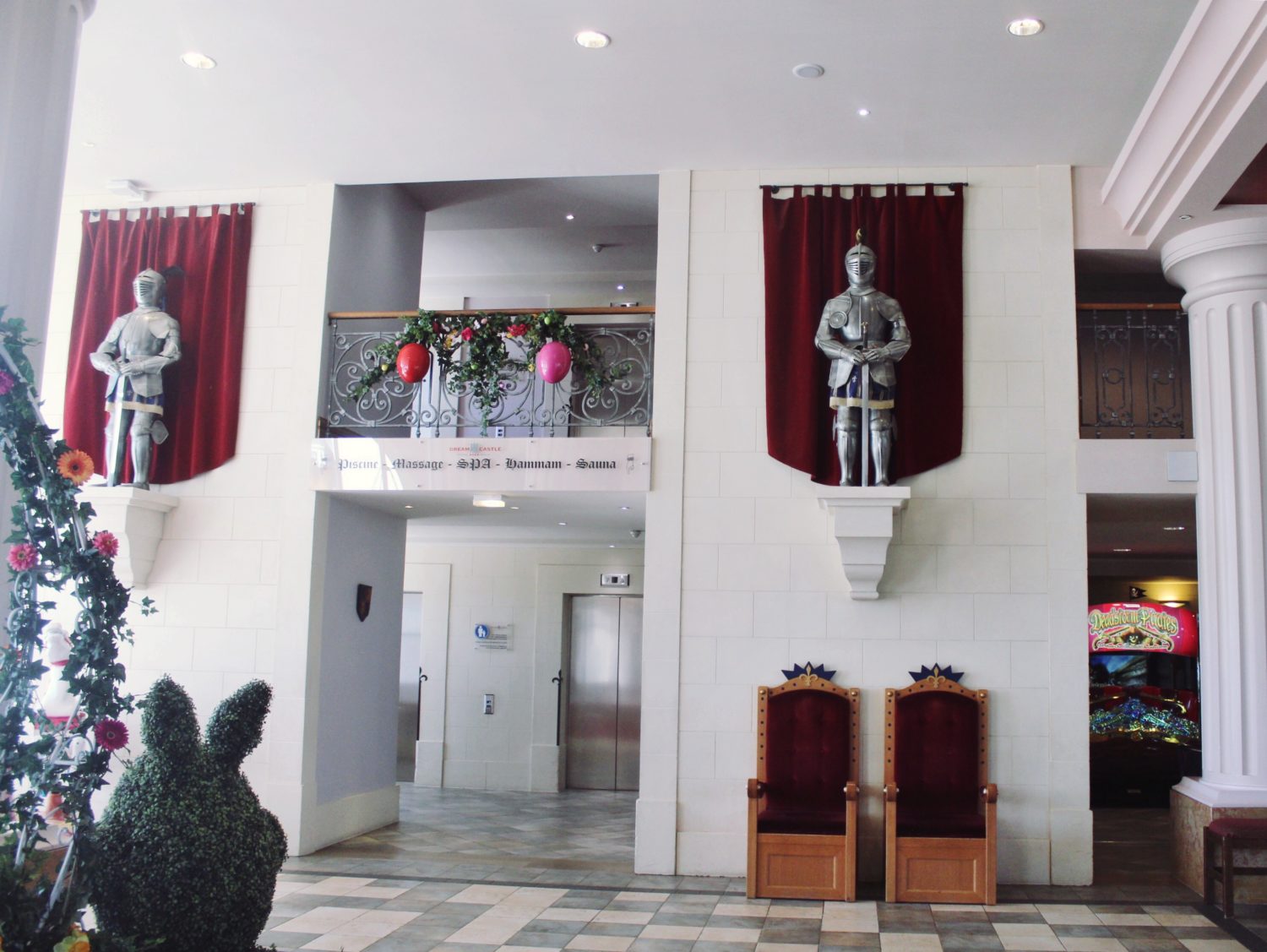 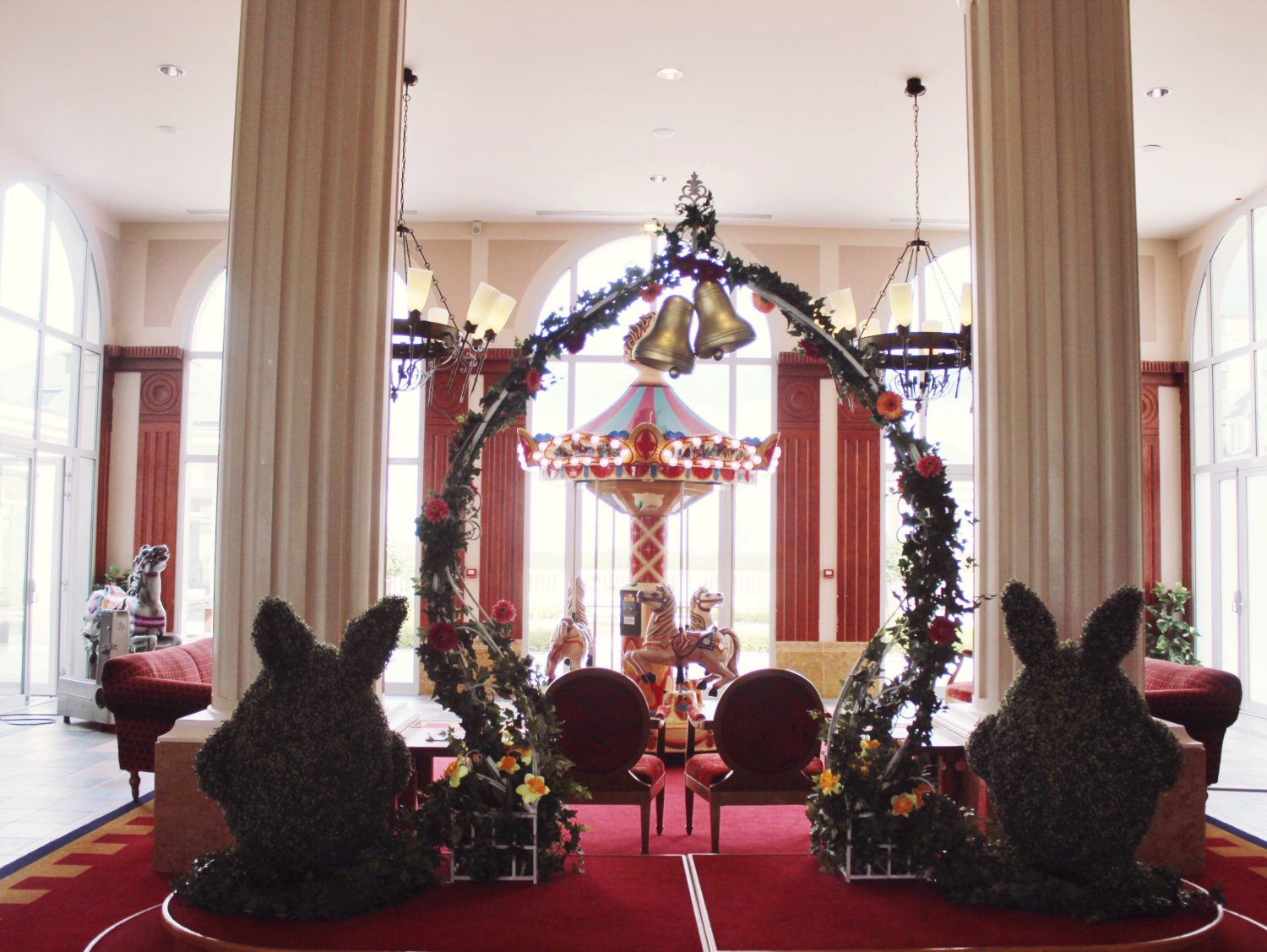 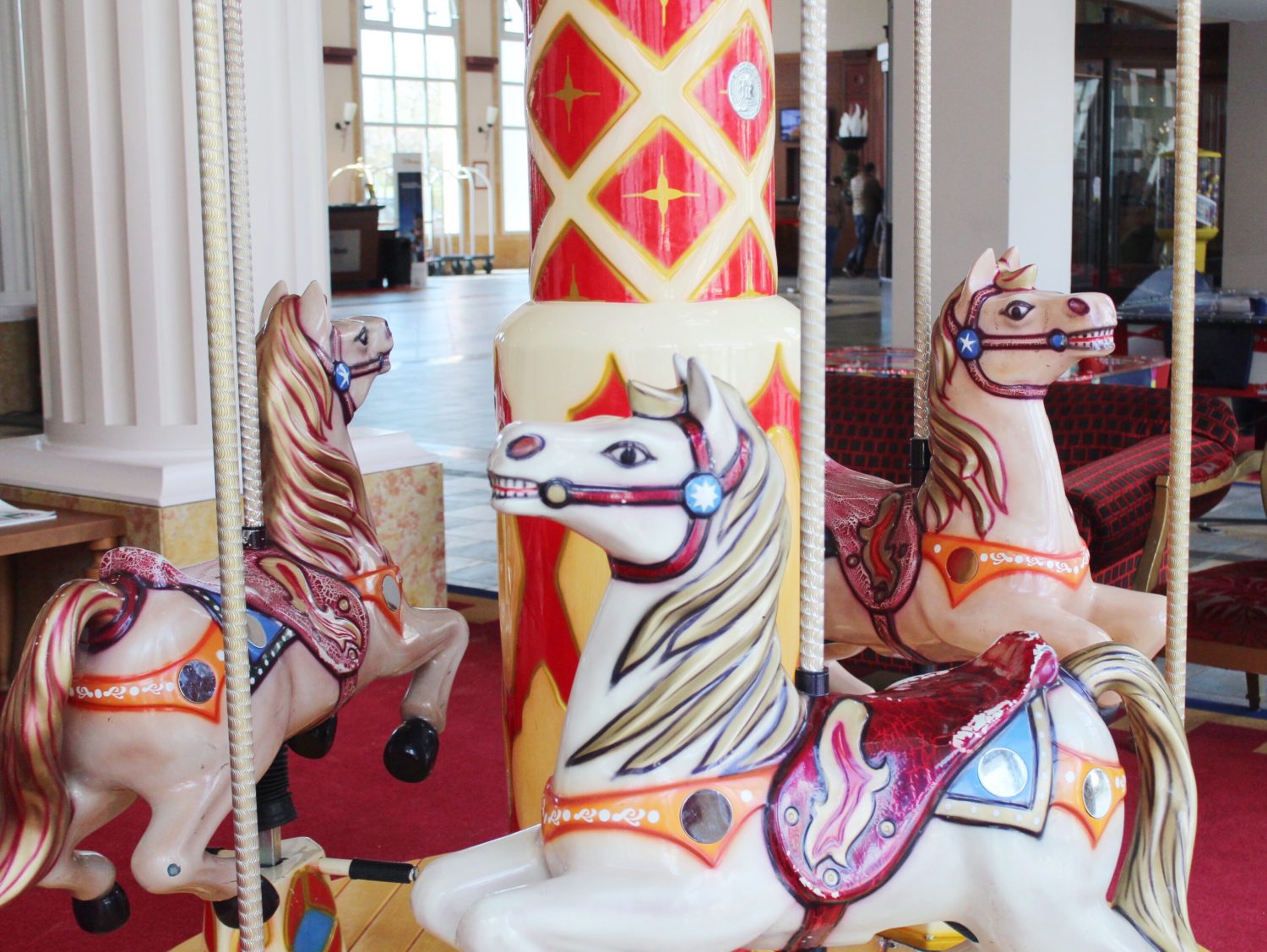 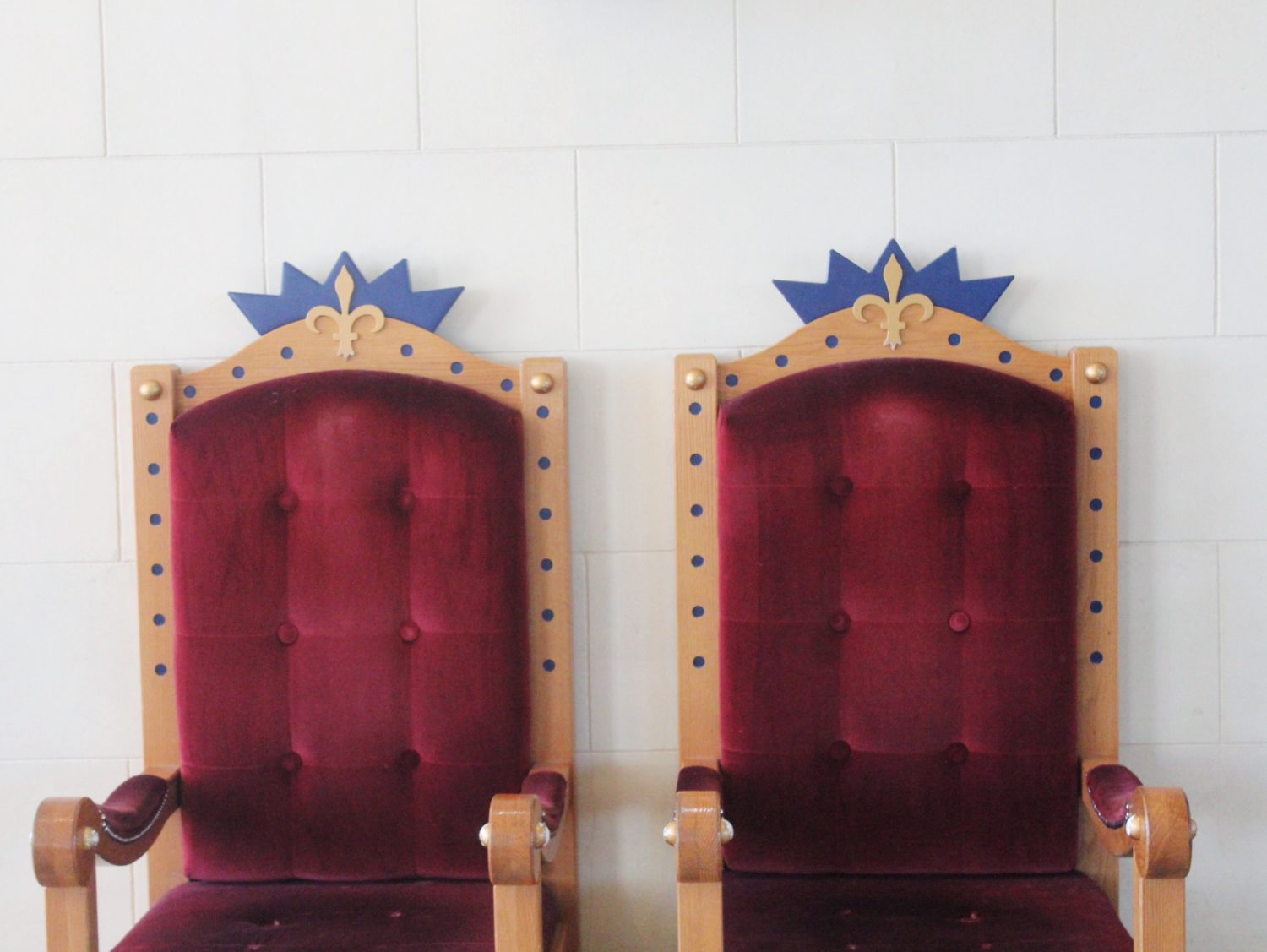 The Dream Castle Hotel had a super cute castle/royalty theme to it (hence the name) and quite frankly, I LOVED it. Although it’s suppose to be appealing to younger kids and families, I LOVED the fact that I was celebrating my 24th birthday by staying in a “dream castle!”. Staying at the Dream Castle Hotel was like staying in a fantasyland/fairy tale which really added extra magic to the trip and really helped me get into the Disneyland Paris/magical mood! 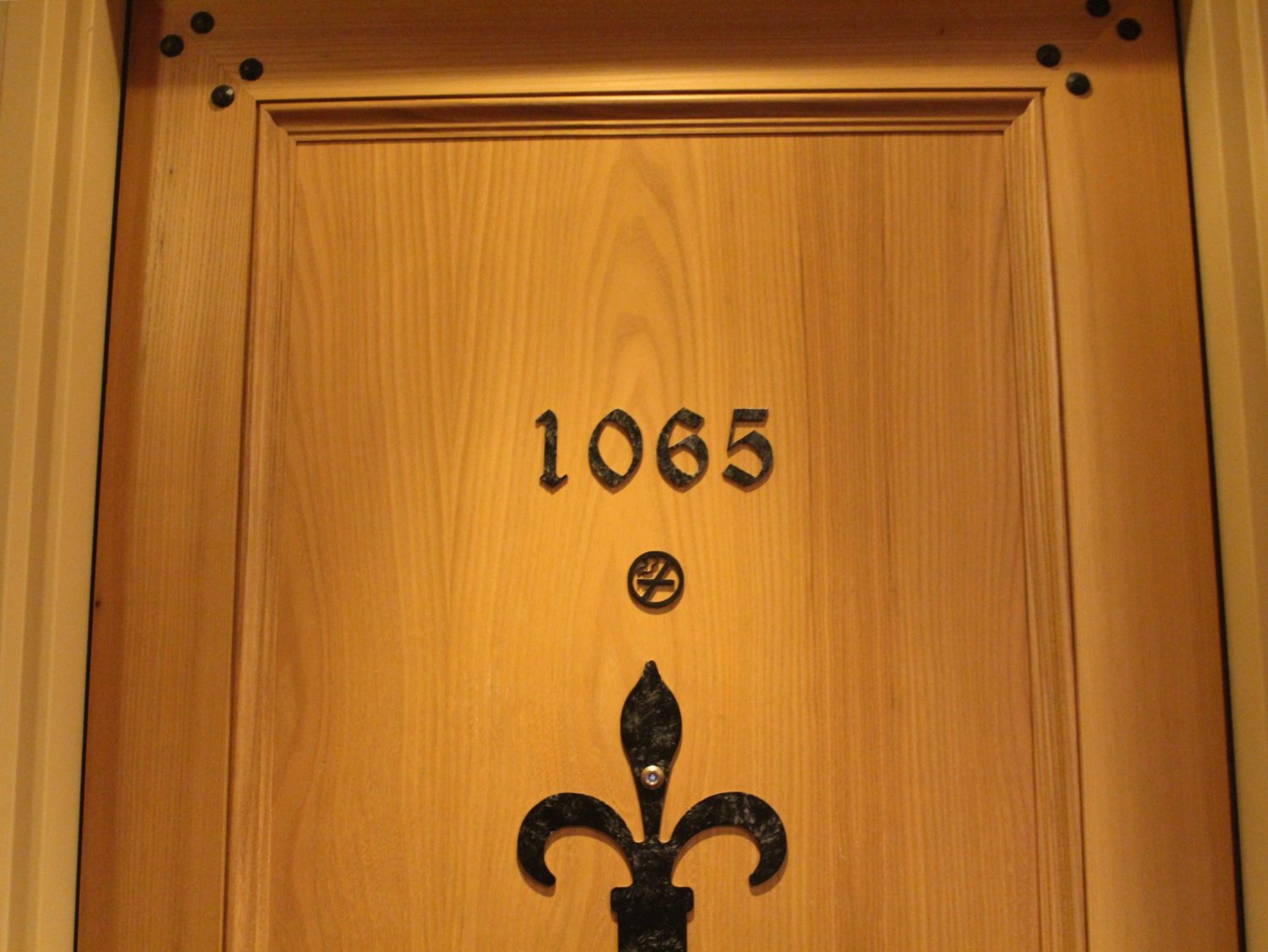 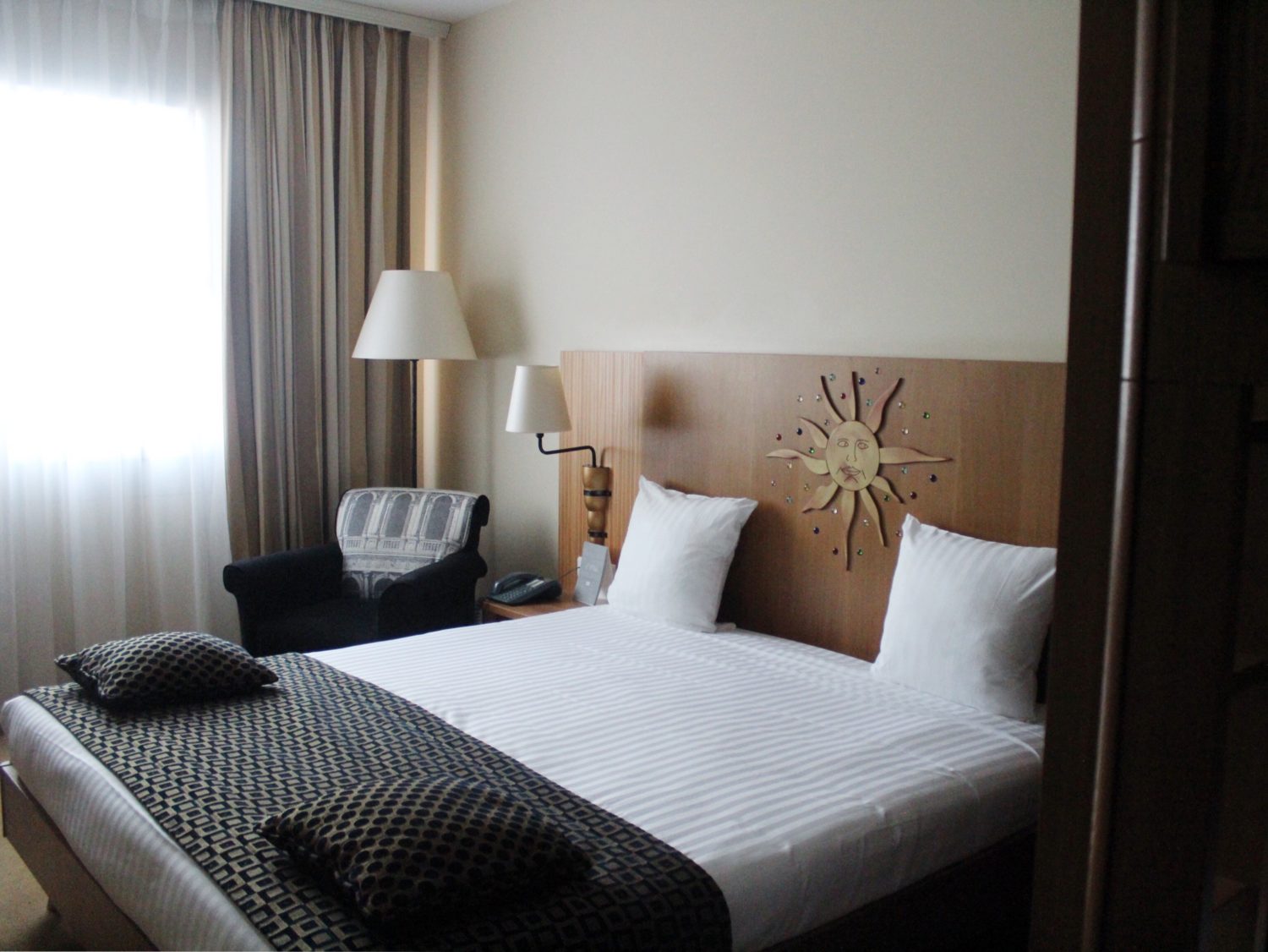 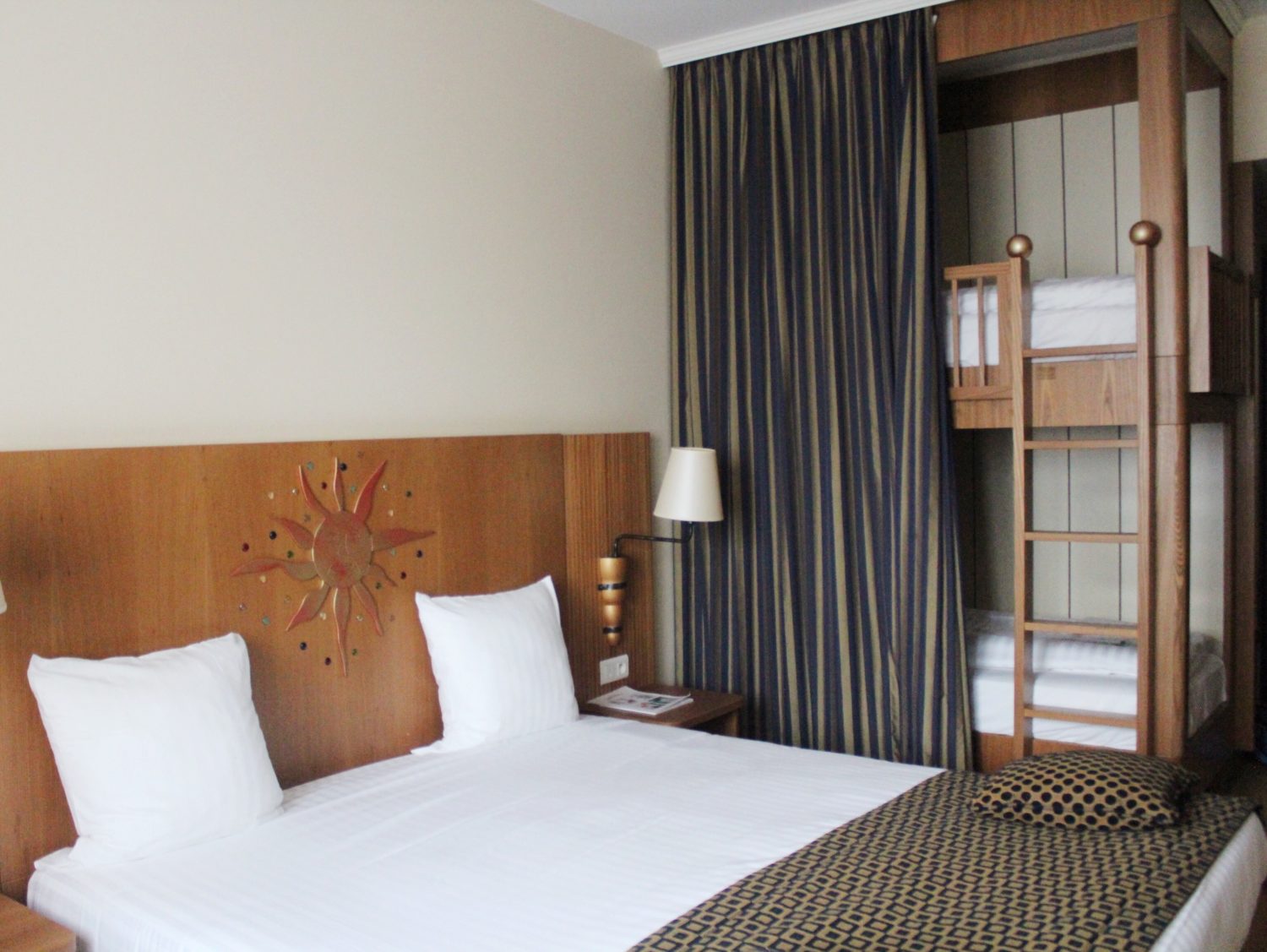 When we originally booked our room for the Dream Castle Hotel, there were no double queen rooms (a room with two queen sized beds) available for the particular ten days we were staying (mind you, I booked this trip almost SEVEN MONTHS in advance and there were still no double queen rooms available). Usually when my mom and I do our Disney traveling we tend to book rooms with two queen sized bed but since none were available (and we didn’t want to pay extra for a suite), we just opted for a regular double room (which included just one king sized bed).

To our surprise, when we arrived at the Dream Castle Hotel, we were informed that we were upgraded to a family room (which included a king sized bed and a bunk bed). Talk about a fun birthday surprise! Although all it really meant was that instead of just a king sized bed we now got bunk beds too, it was still cool because these rooms are usually pricer and have a better view!

(Yes I did sleep in the top bunk bed and yes it was AWESOME!). So in the end, we got a more expensive room with a GORGEOUS garden/courtyard view for free (talk about Disney magic!). 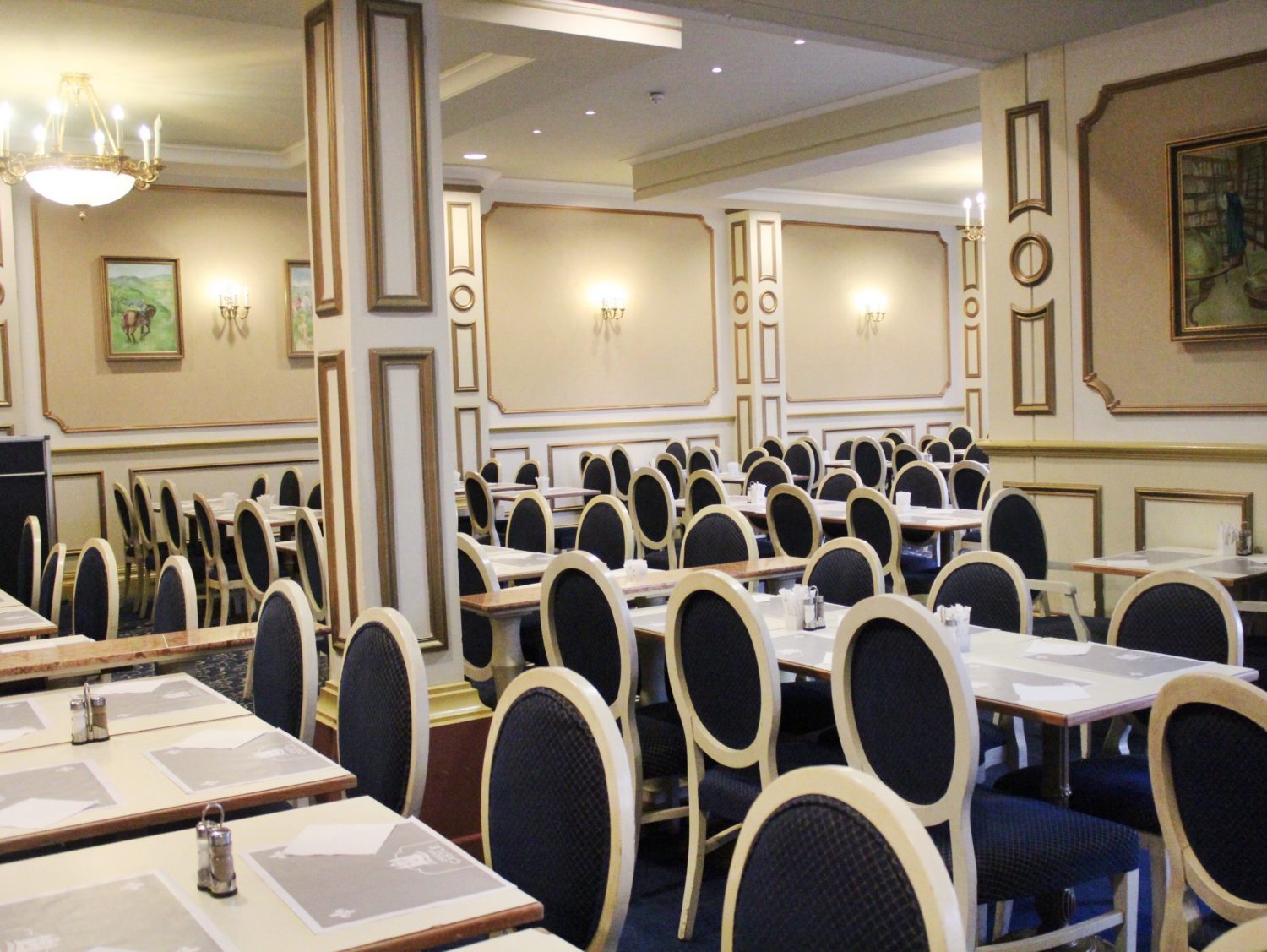 One of my favorite things about staying at the Dream Castle Hotel was the complimentary breakfast each morning! If you’re staying at a Disneyland Paris hotel or Disneyland Paris partner hotel I URGE you to take advantage of the free breakfast (which runs from 7AM-11AM) so you don’t have to waste money on breakfast at the Disney Parks. 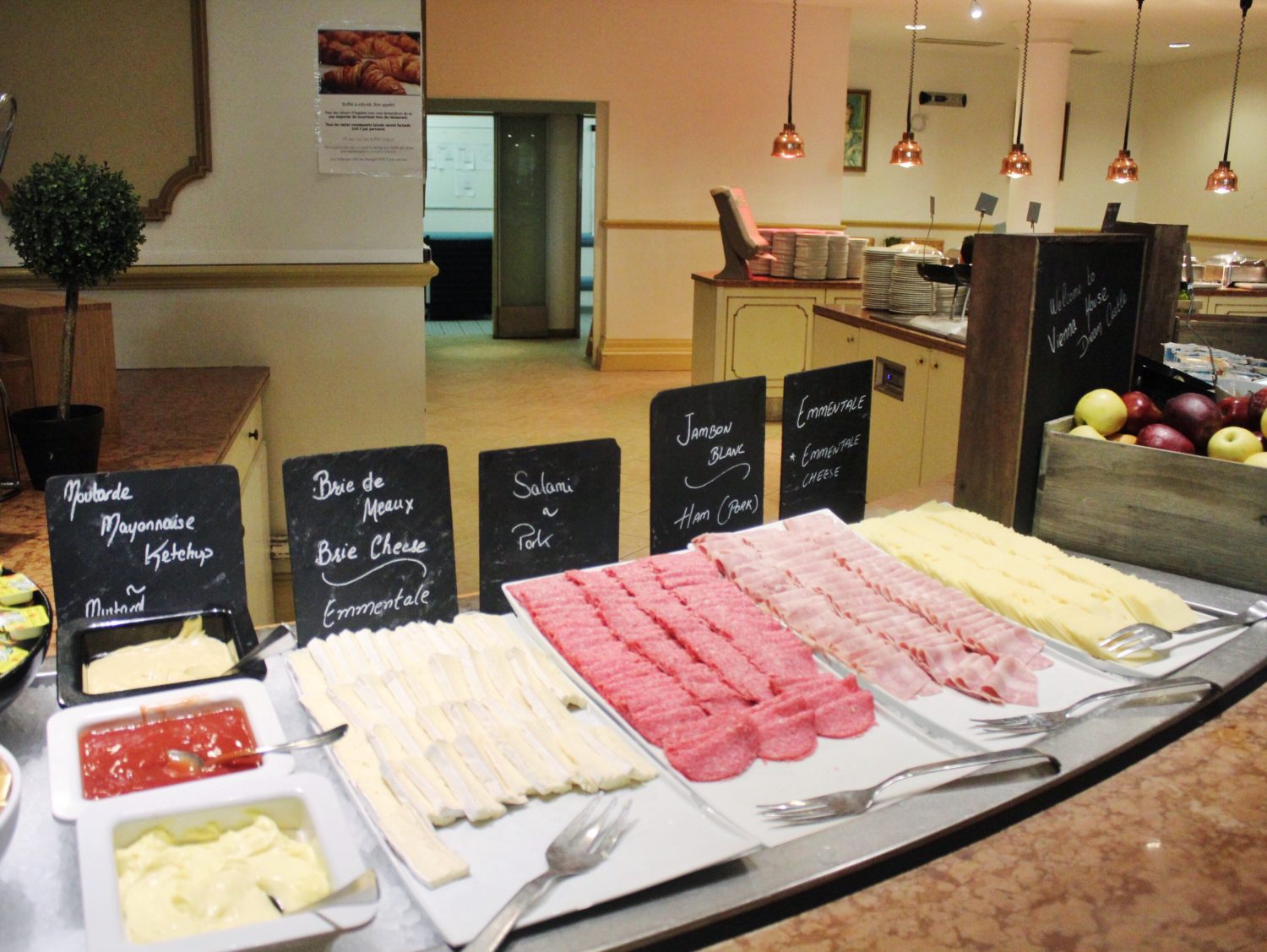 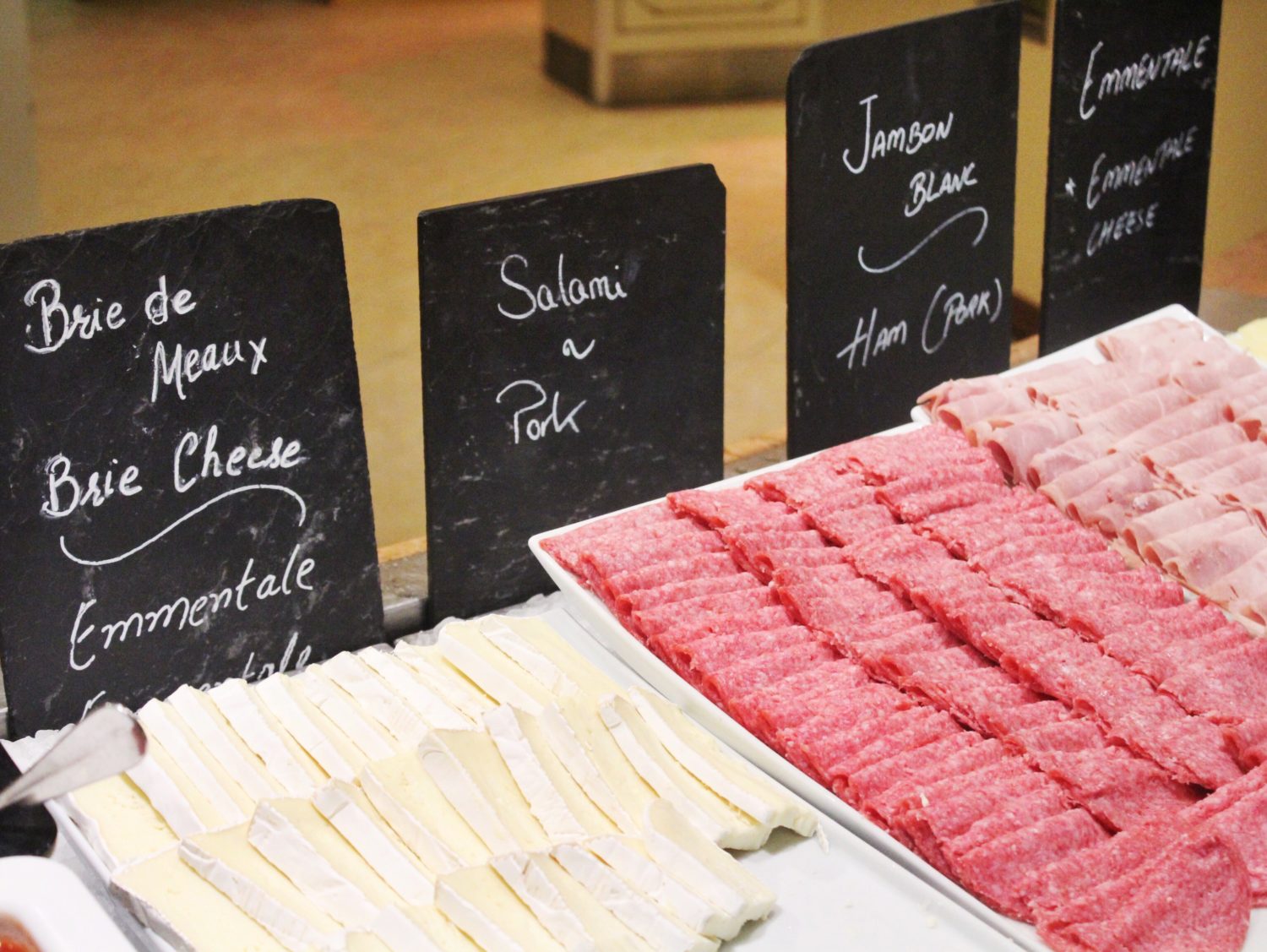 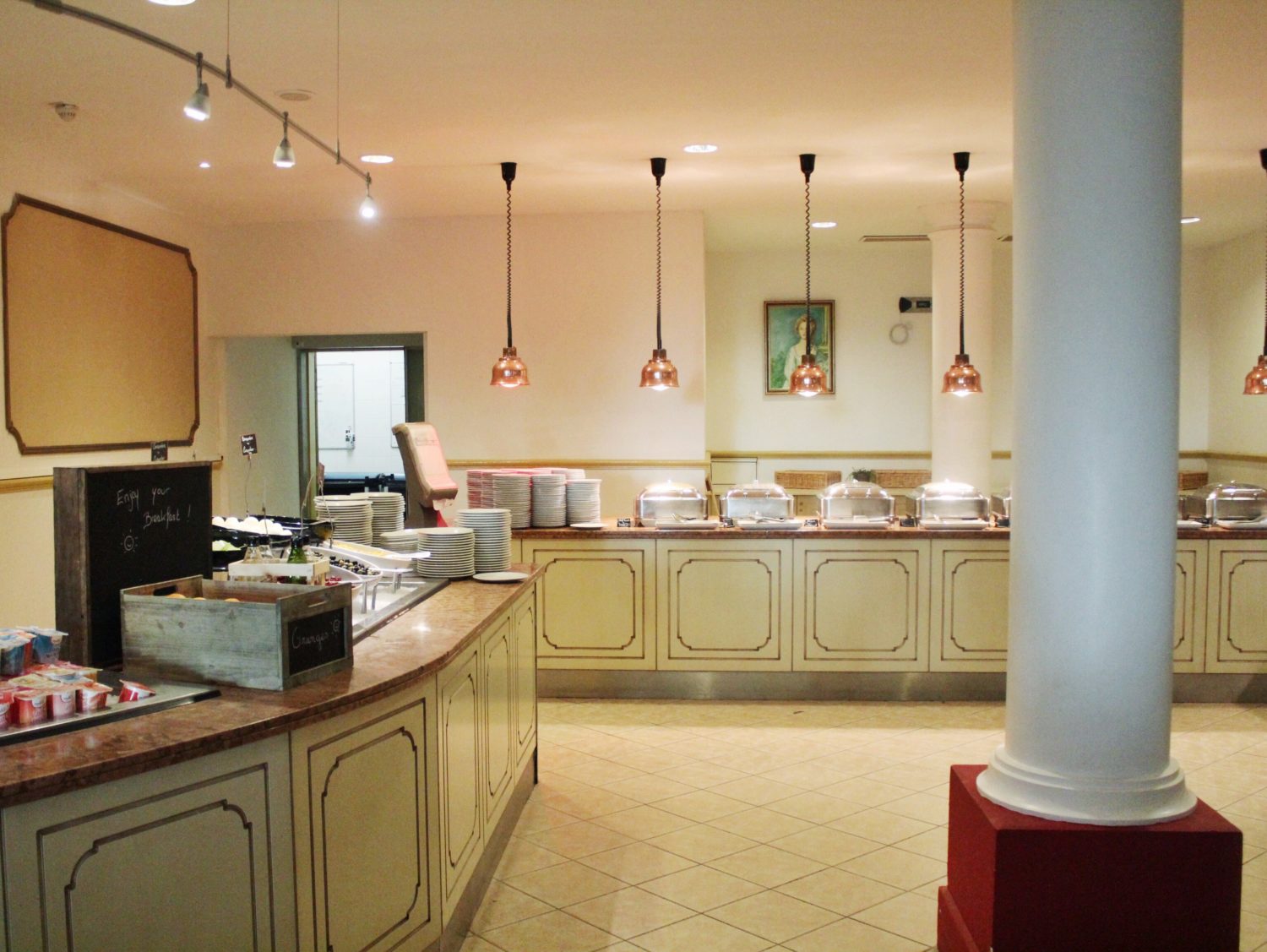 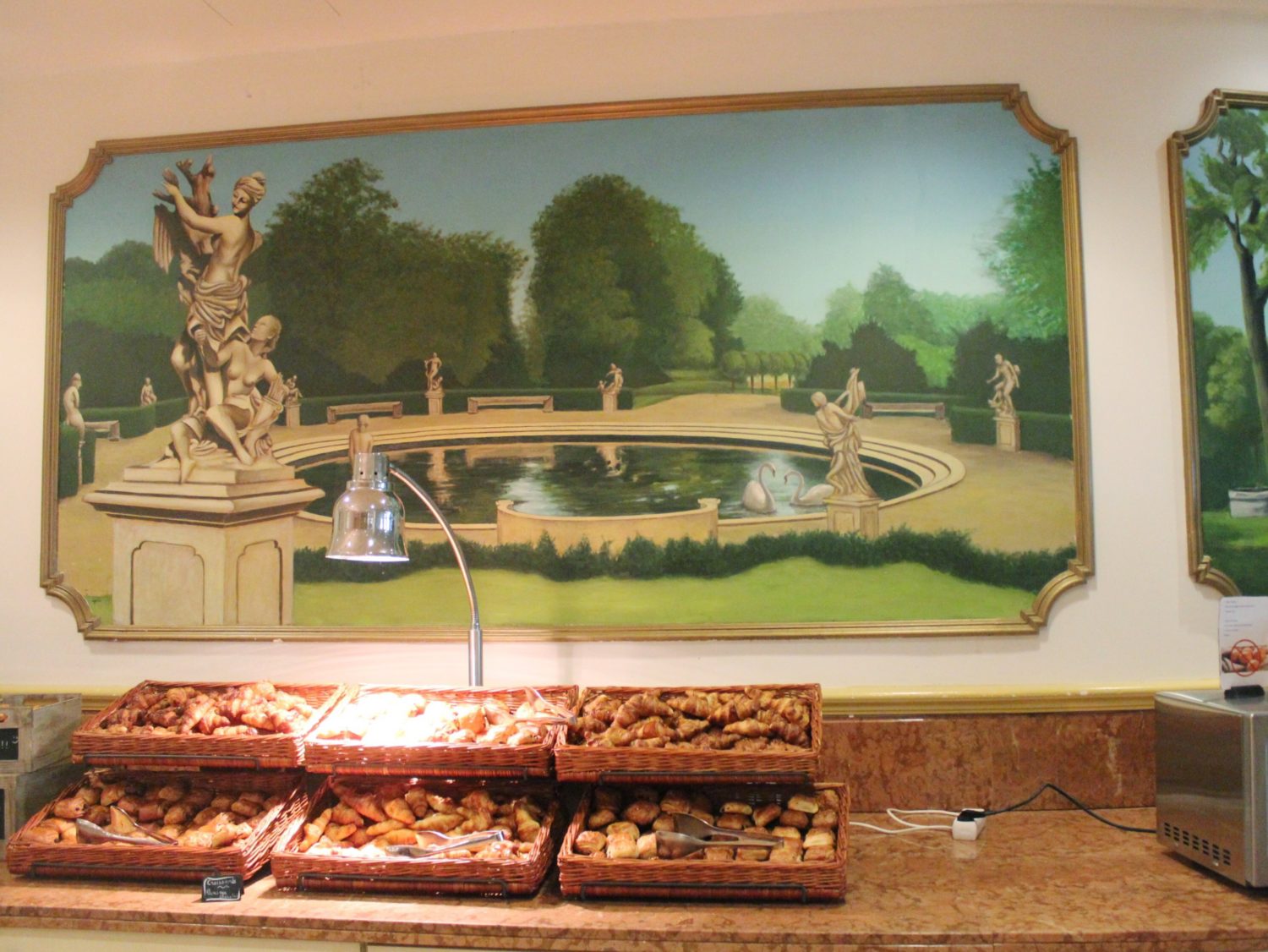 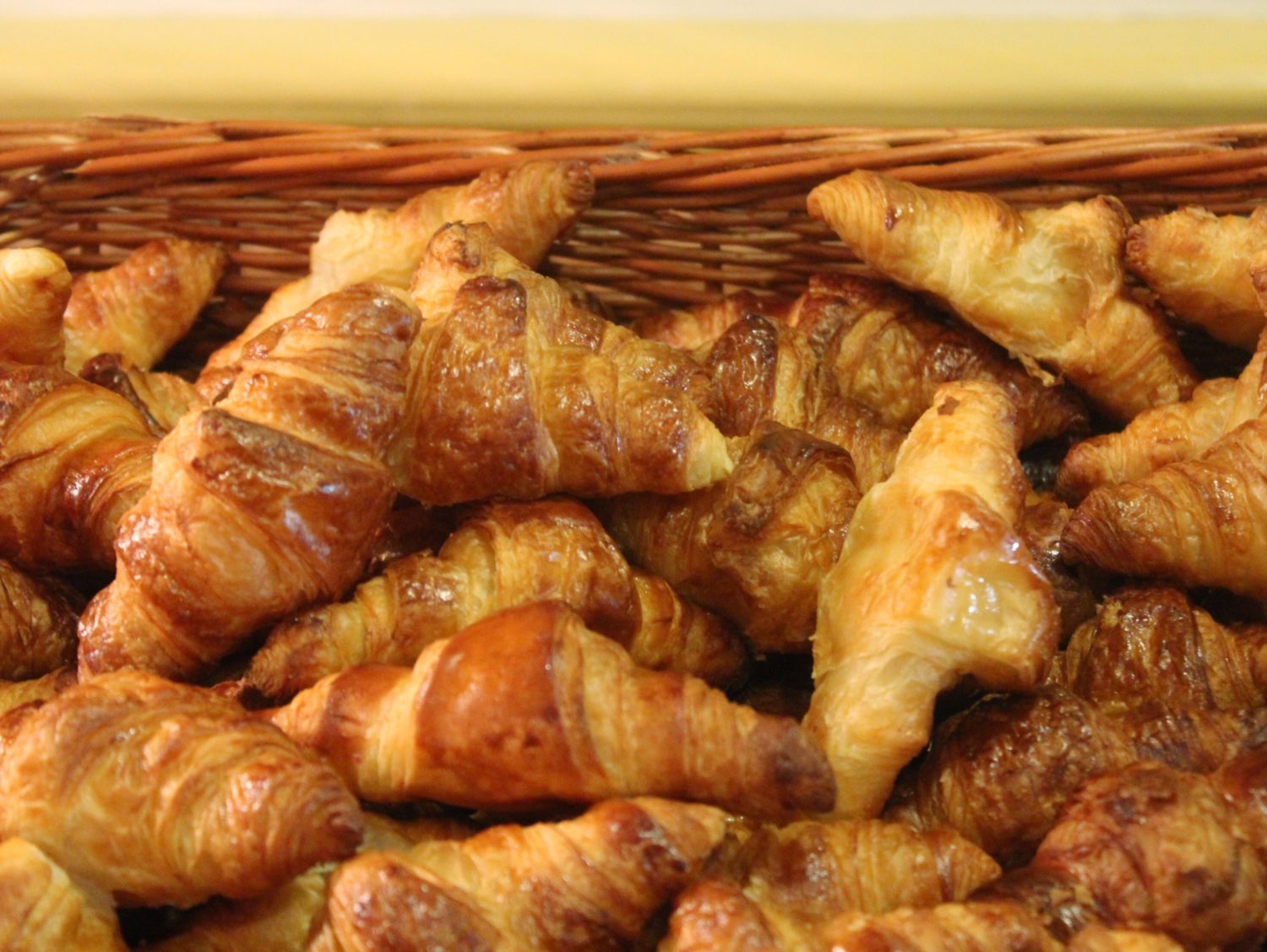 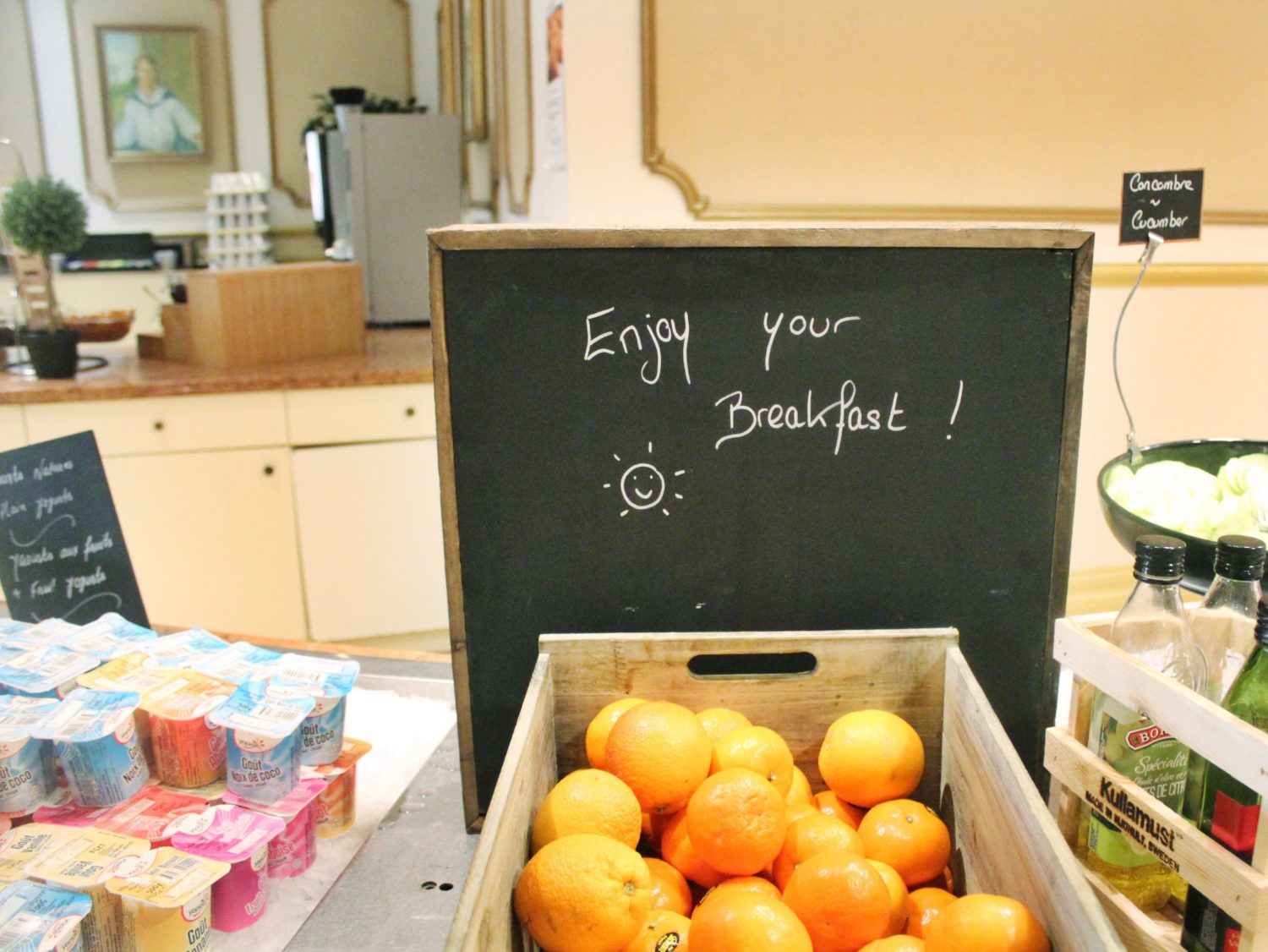 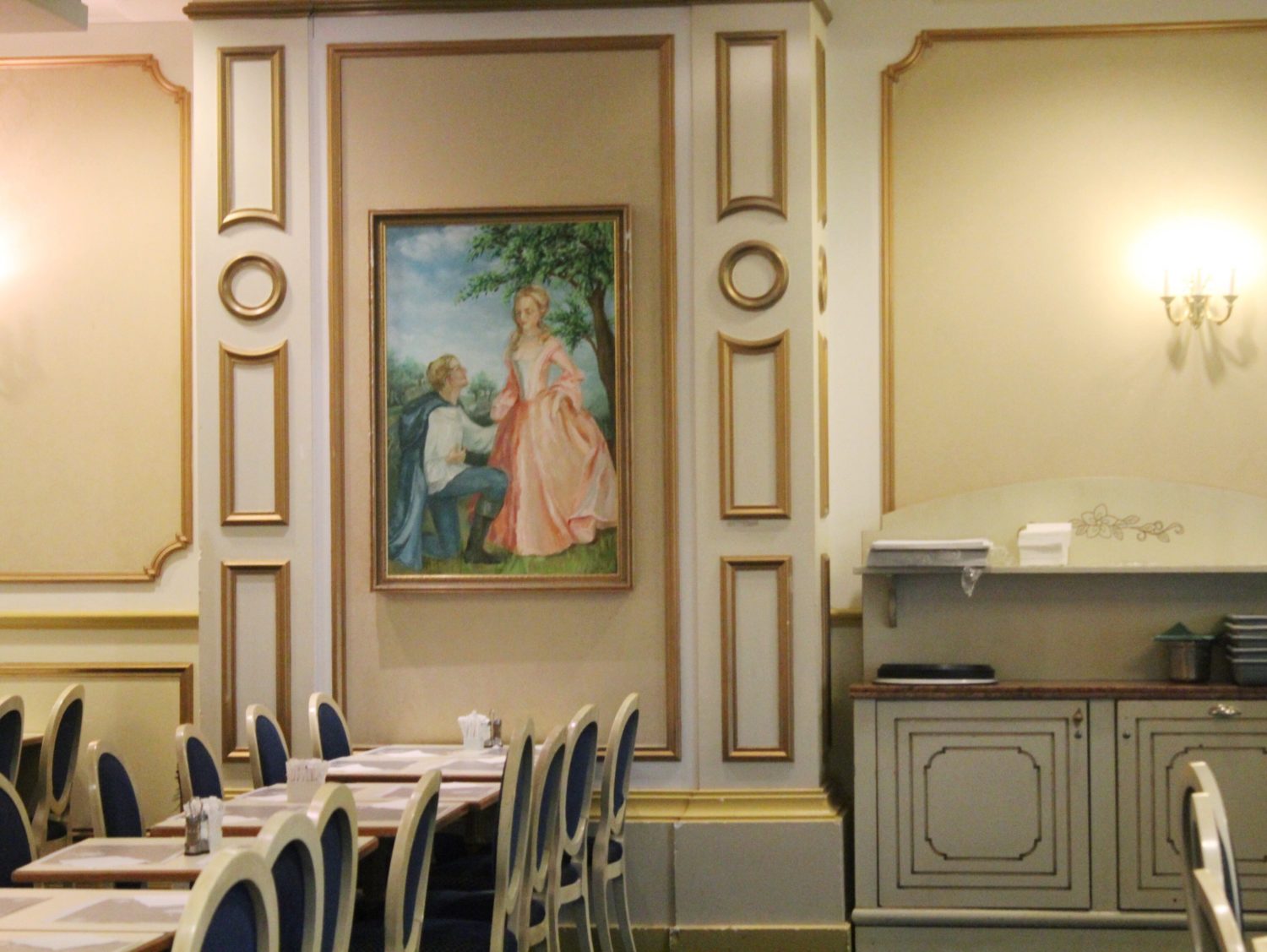 The breakfast buffet at the Dream Castle Hotel was so YUMMY! They offered fresh, sweet culinary delicacies, crispy baguettes and several French specialities! I started off each day with some DELICIOUS french baguettes (they were the BEST) and Brie cheese. They also had a crepe station which was super yummy and of course all the regular breakfast food like eggs, sausage, bacon and all that good stuff. It was definitely the best complimentary breakfast I’ve ever experienced at a hotel before. 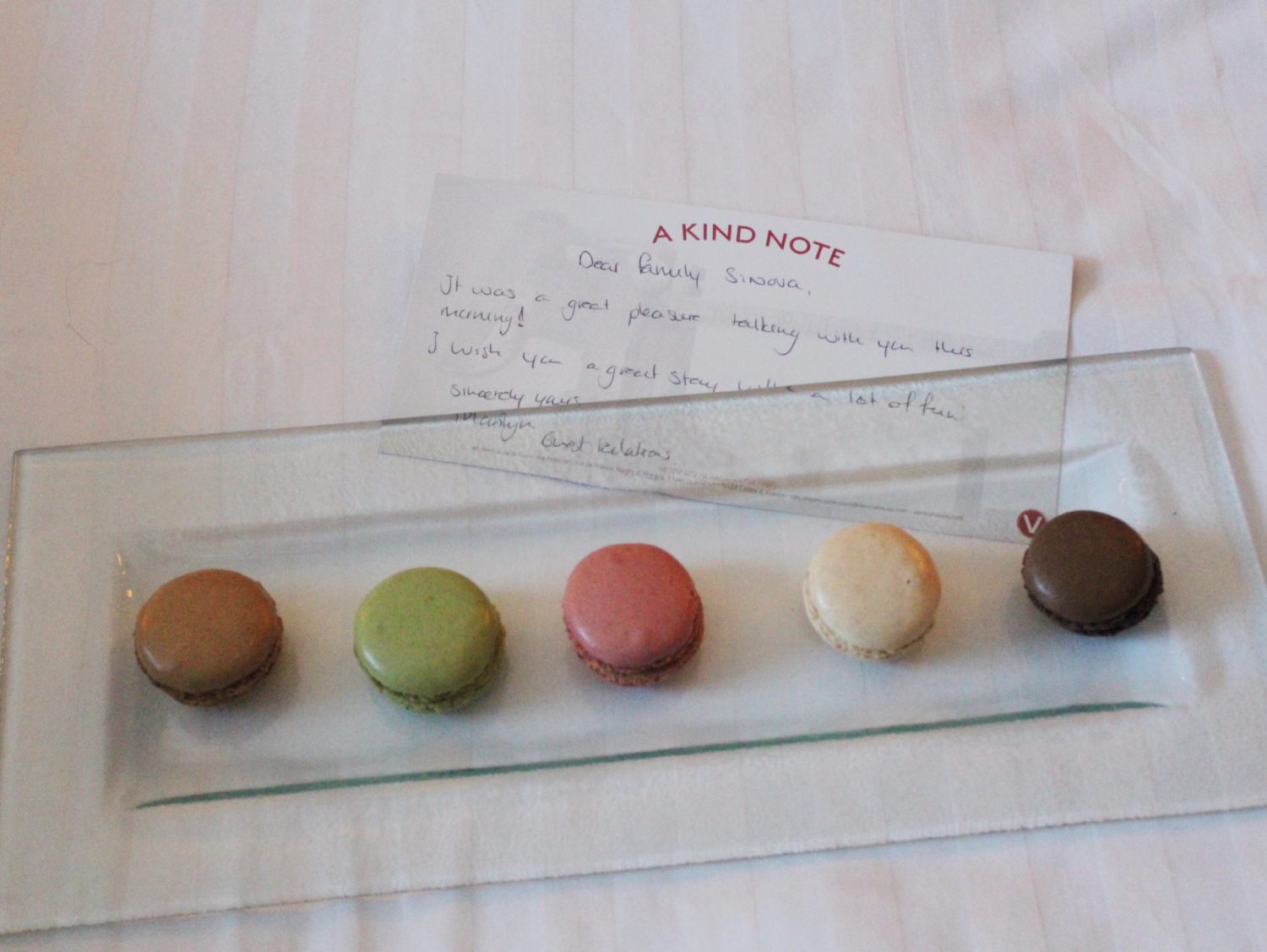 During breakfast on the second day of our stay at the Dream Castle Hotel, some of the guest relations employees were going around to different tables and asking how people’s stay was going and their plans for their vacation in Paris. We had a lovely talk with one of the guest relations employees, Marilyn, and to our surprise when we got back to our room later that evening we found a lovely note from her and a tray of YUMMY macarons! It’s always amazing when hotels go above and beyond to make their guests feel welcomed! 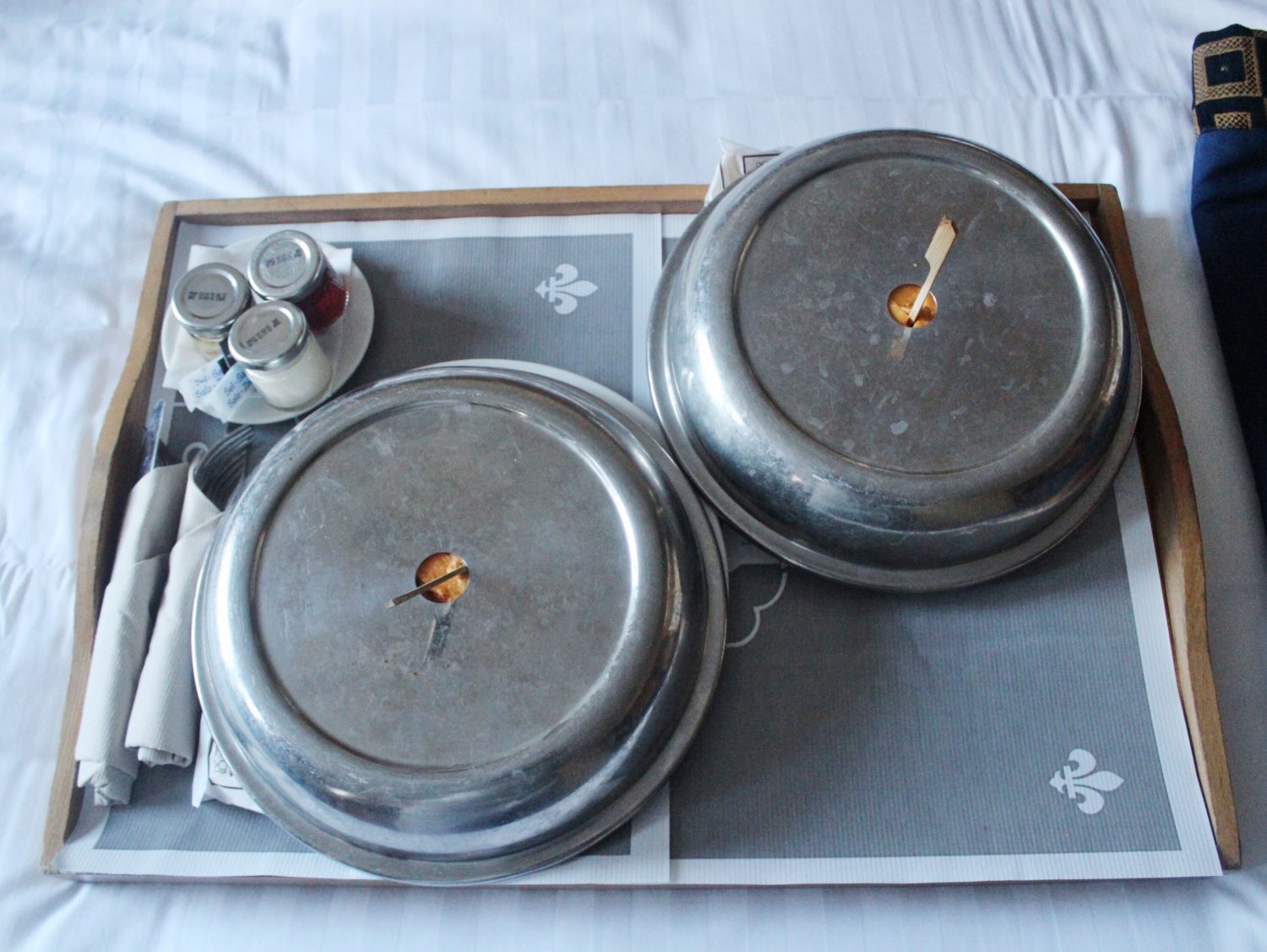 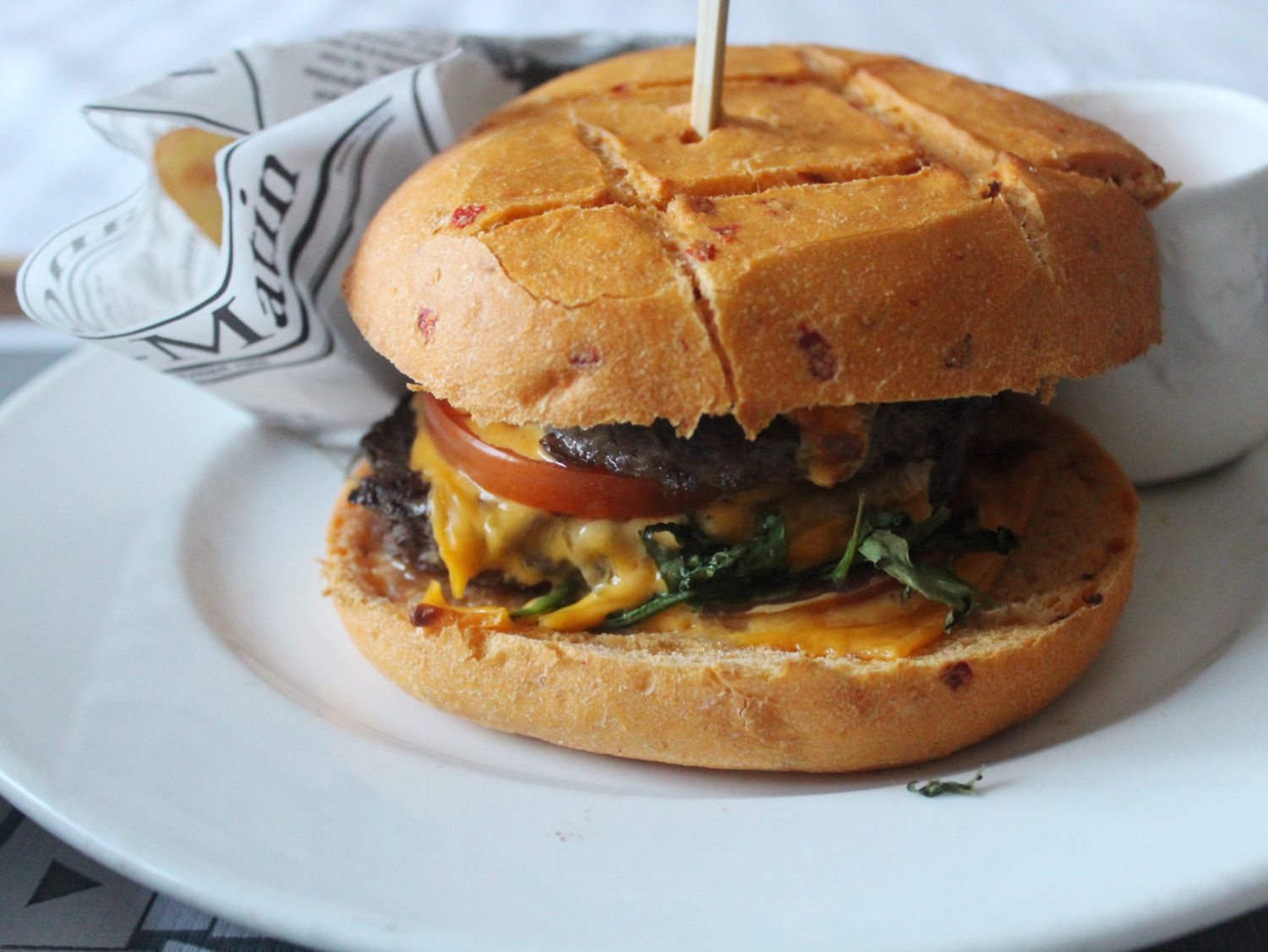 On our third day in Paris, we spent the day touring the city, seeing the Eiffel Tower and basically just sightseeing and since we got back to the hotel so late that night and we really didn’t feel like heading to Disney Village (it’s Disneyland Paris’ version of Downtown Disney), we decided to try a little room service. Usually I’m not a big fan of hotel room service since it’s a little pricey and sometimes the food quality isn’t that great but since the breakfast at the Dream Castle Hotel was so good, we decided to give room service a try.

The burgers were AMAZING (and ironically cheaper than what we would have spent on dinner at Disney Village). We also tried the Classic Margherita Pizza during our stay and it was equally amazing. 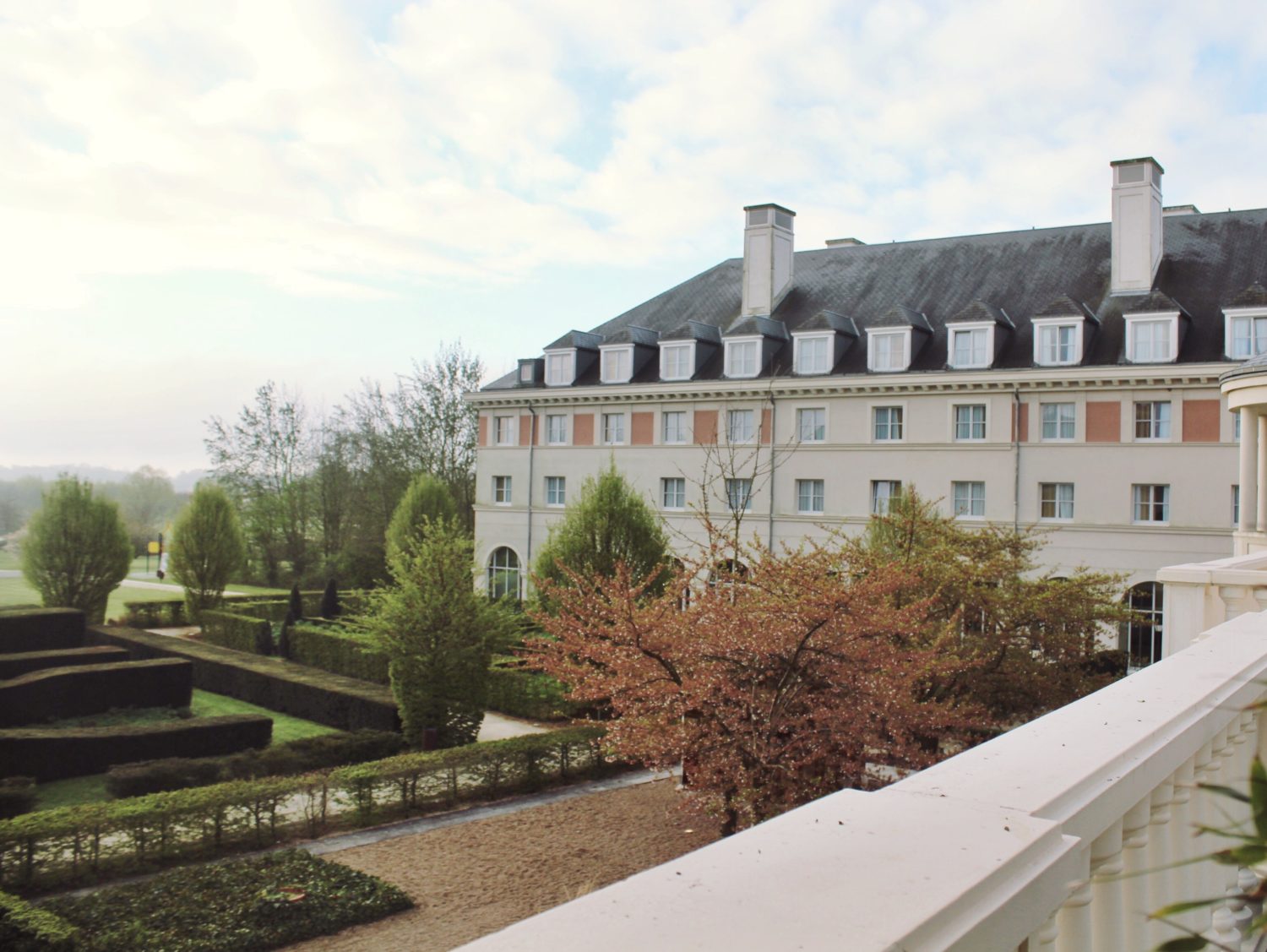 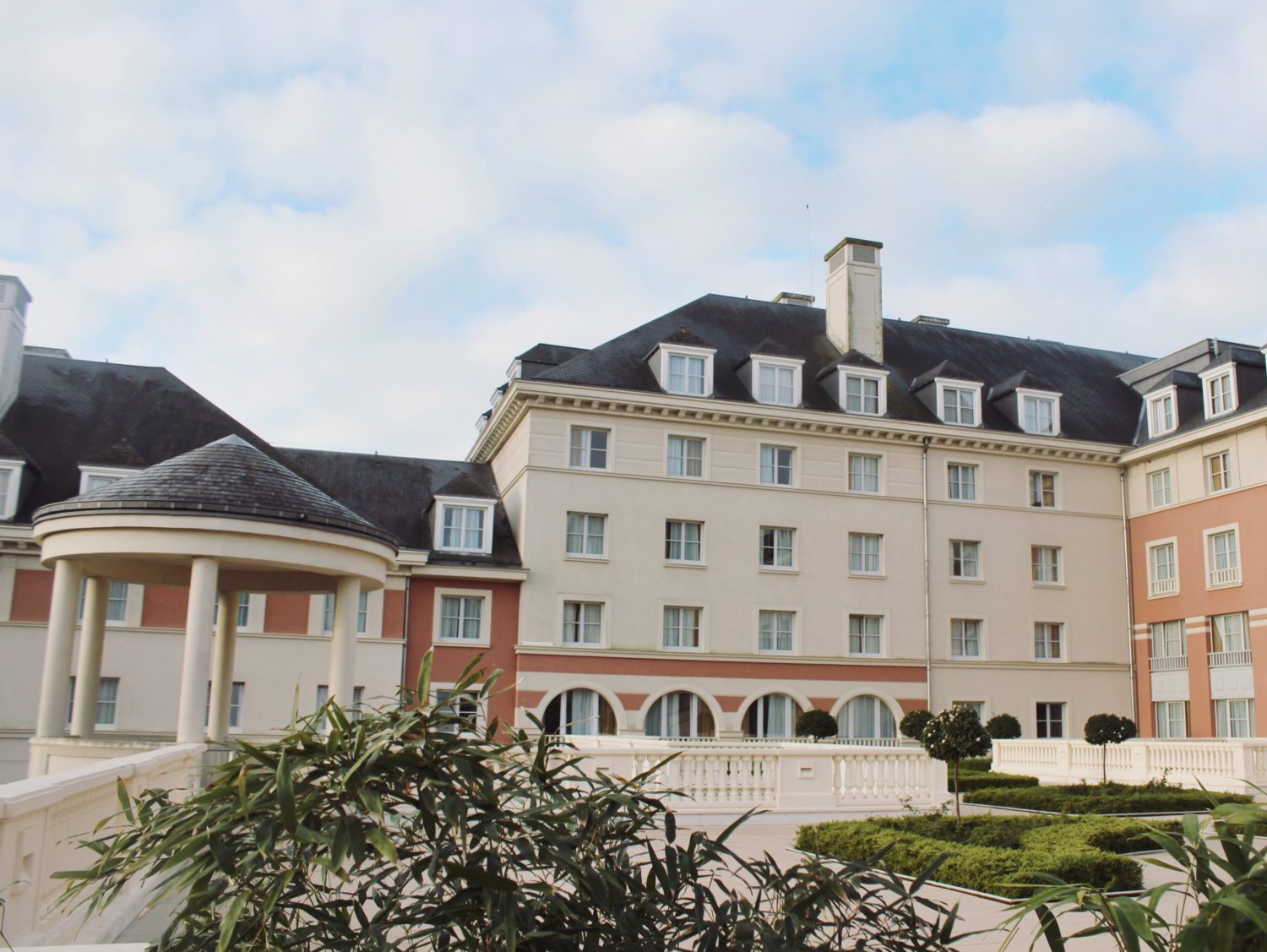 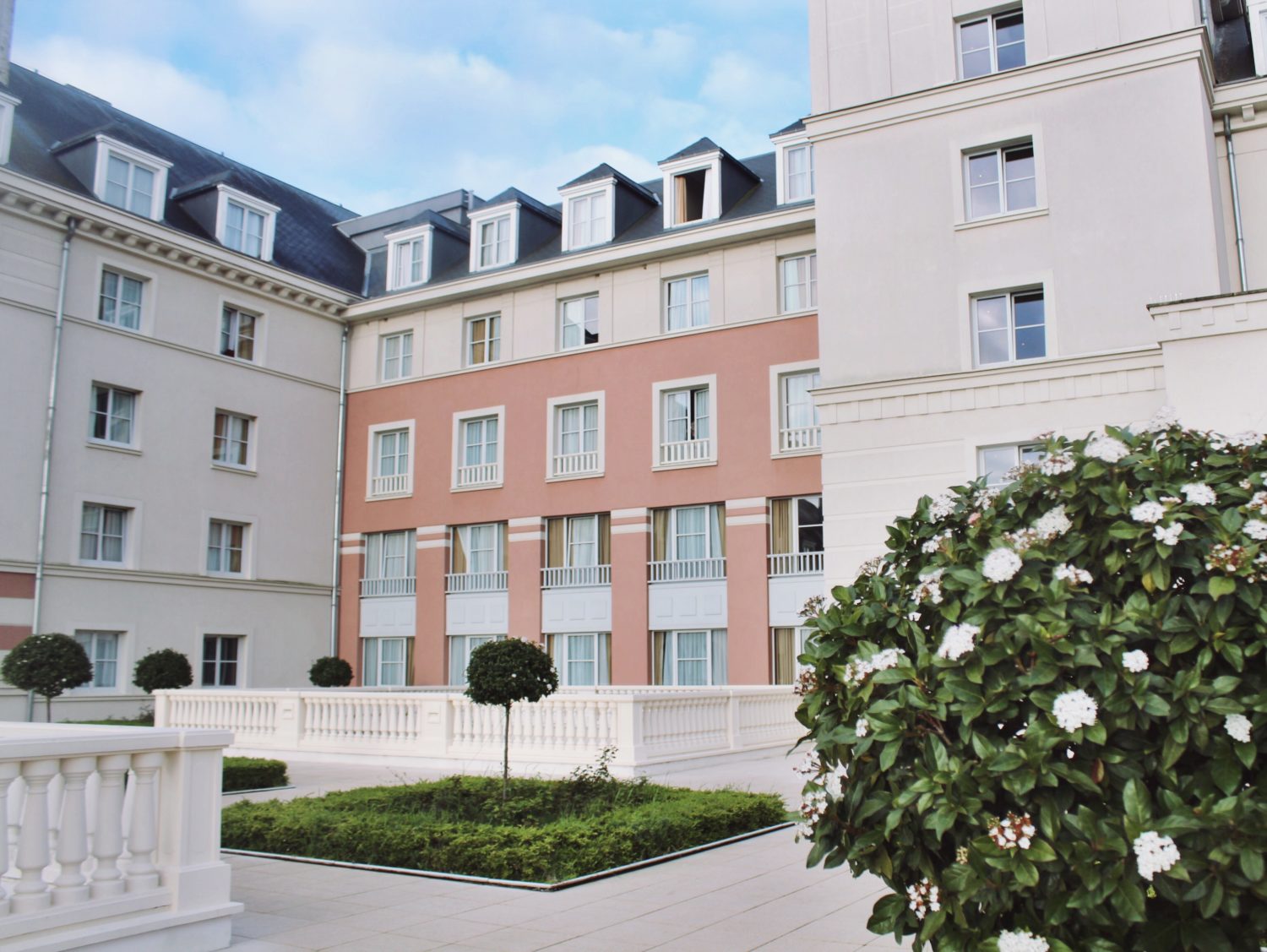 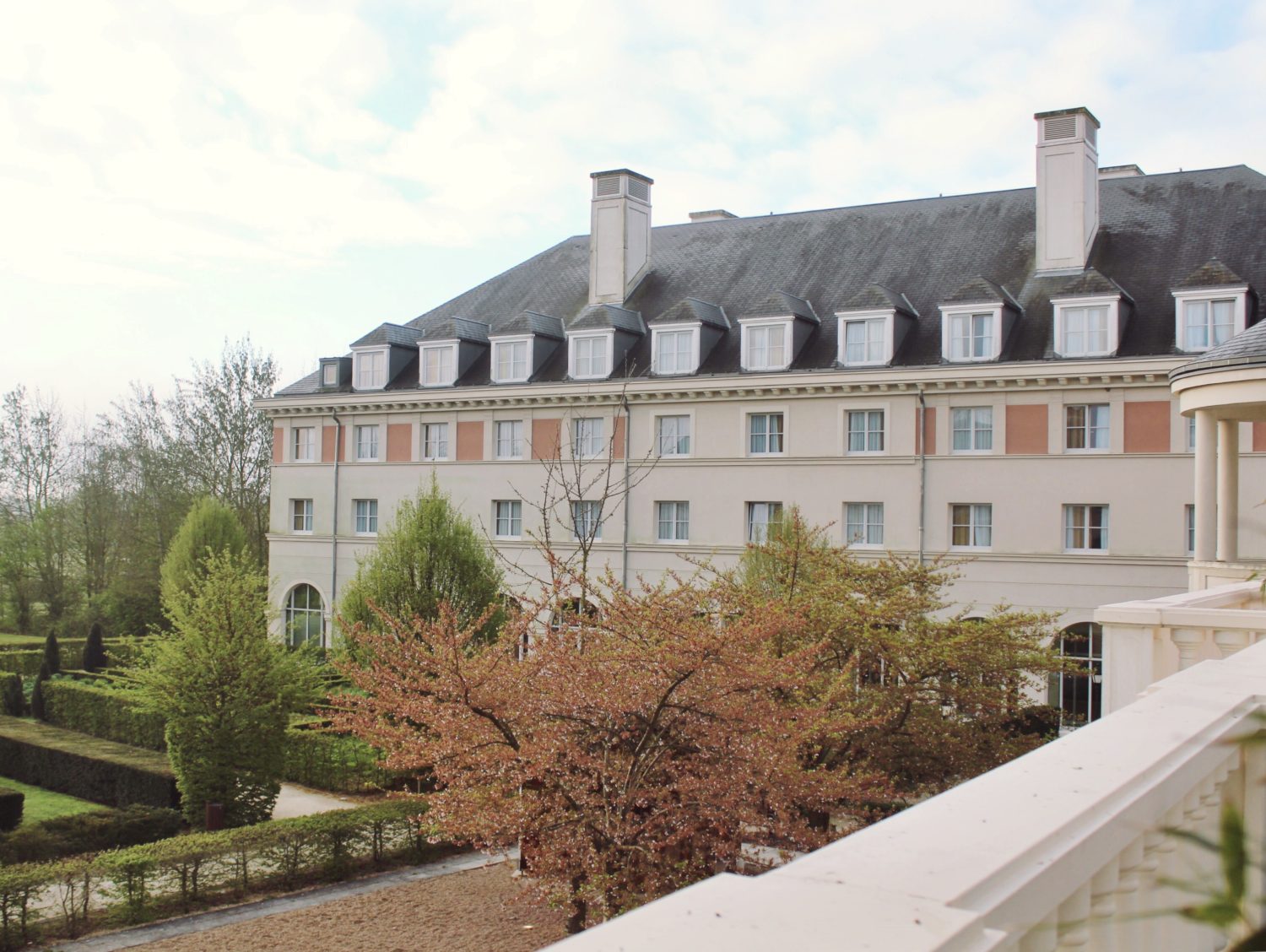 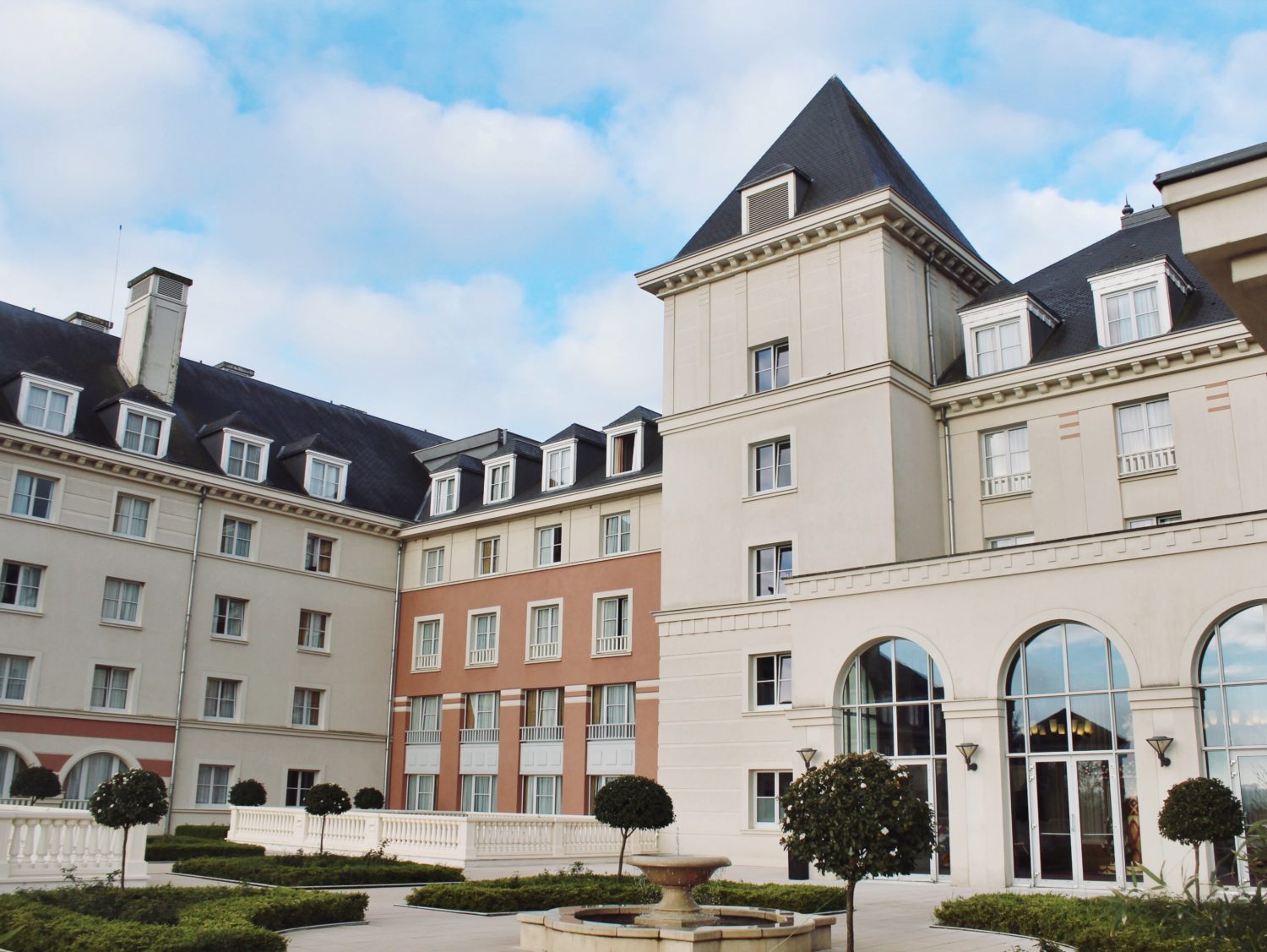 Overall, I’d rate the Dream Castle Hotel a 10/10! It’s the perfect hotel if you plan on spending a good amount of your Paris trip at Disneyland Paris (since it’s less than 10 minutes away). Even if you don’t spend a lot of time at Disneyland Paris, since the train station is also less than 10 minutes away, getting to and from Paris is a BREZZE (during our entire ten day trip we NEVER relied on cars or taxis, we took public transportation/buses and trains the entire time!).

Since we decided to become Disneyland Paris passholders during this trip (and have free admission to Disneyland Paris until April 2017), we are currently in the process of planning our next Paris trip (hopefully sometime SOON)! I definitely plan on staying at the Dream Castle Hotel again next time I’m in Paris!