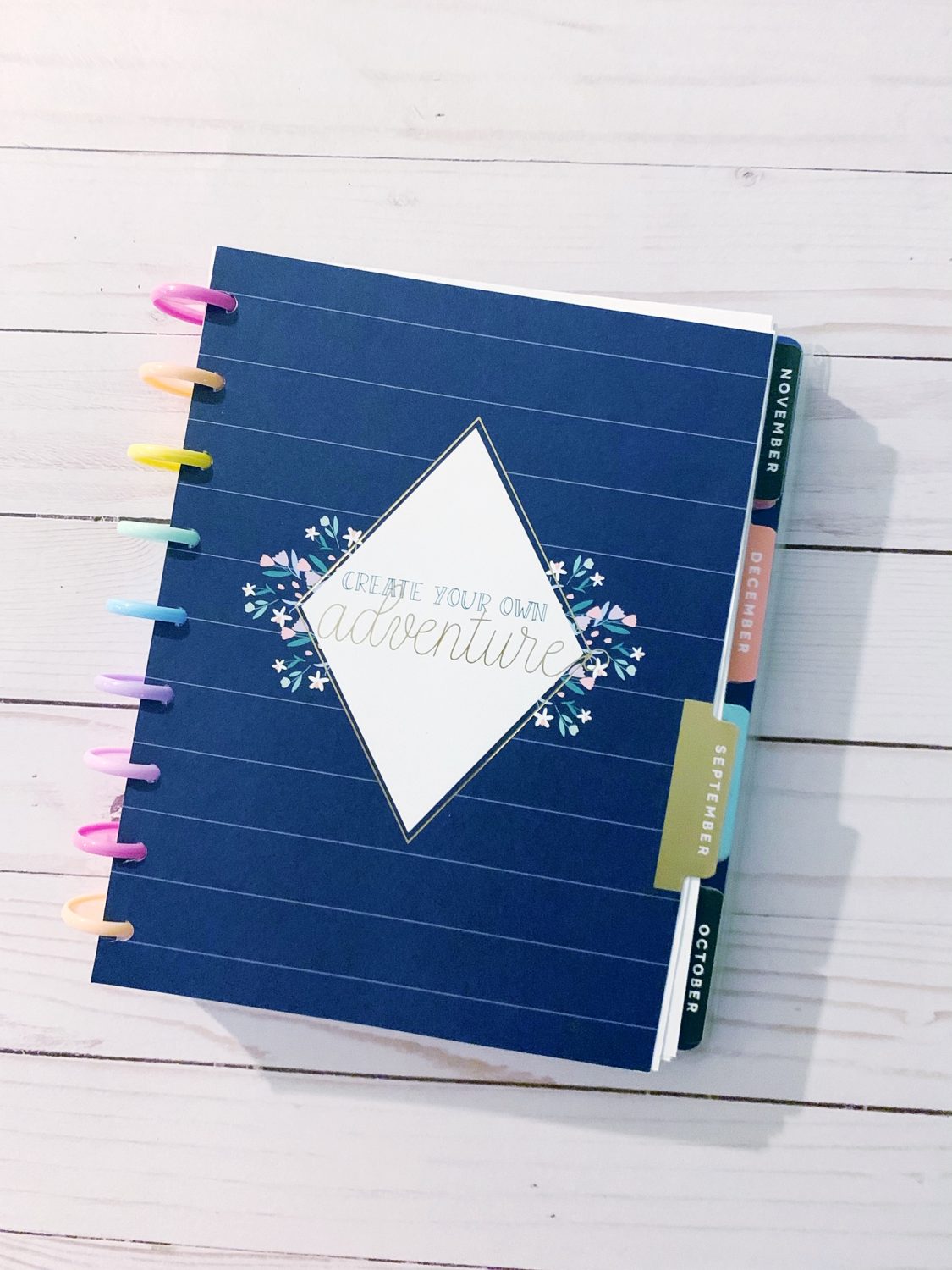 Happy Monday. I know we are already a full week into October and I’m just now posting my planner spreads for September. BUT, hear me out. I can’t technically post my weekly planner spreads by month until that month is over so.. I’m right on schedule. 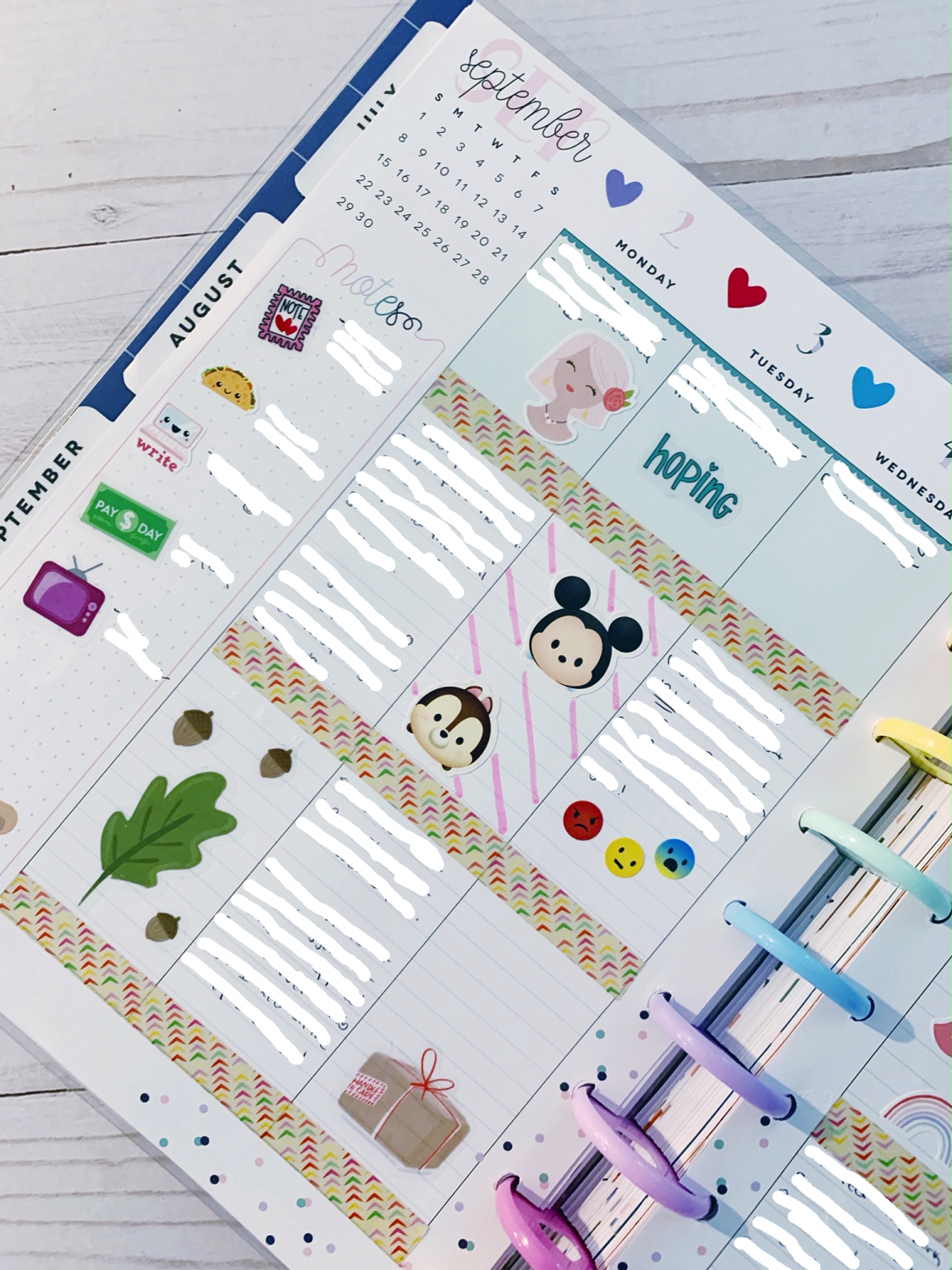 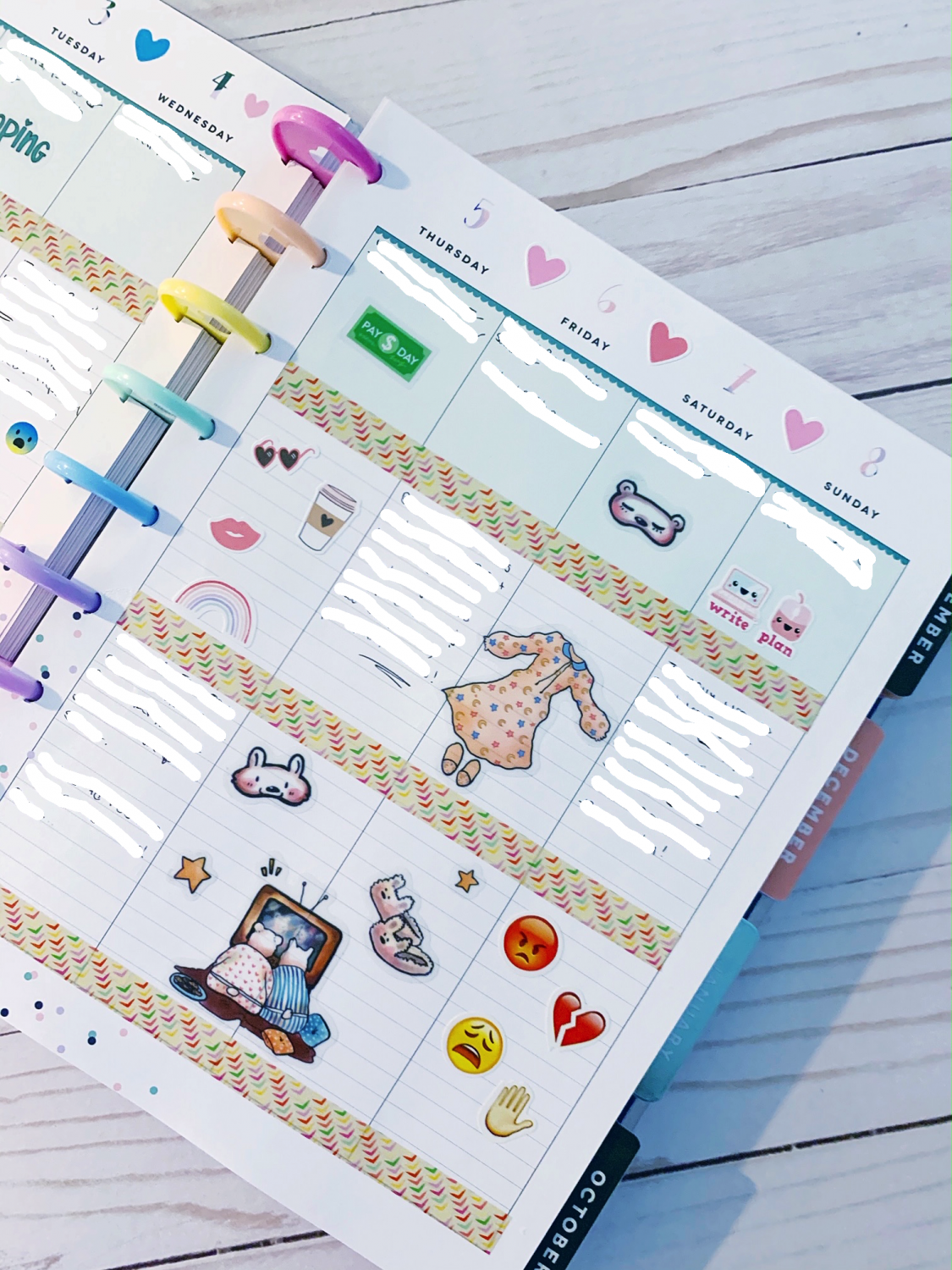 The first week of September was pretty chill. As you can see by the pajama stickers under the 6th and 7th, I spent the weekend catching up on some TV shows and of course, some much needed sleep! It was also my payday week so that’s always fun. 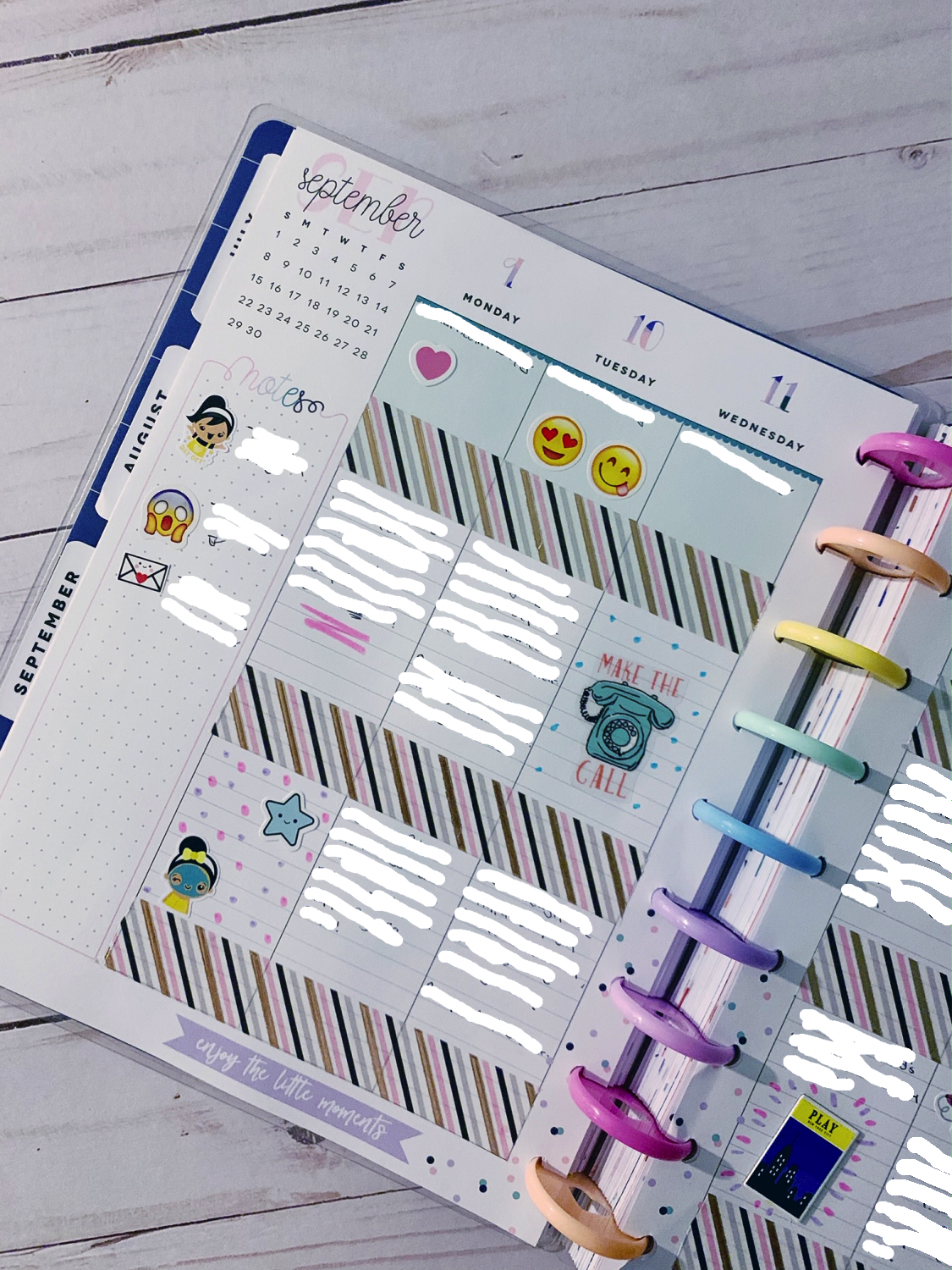 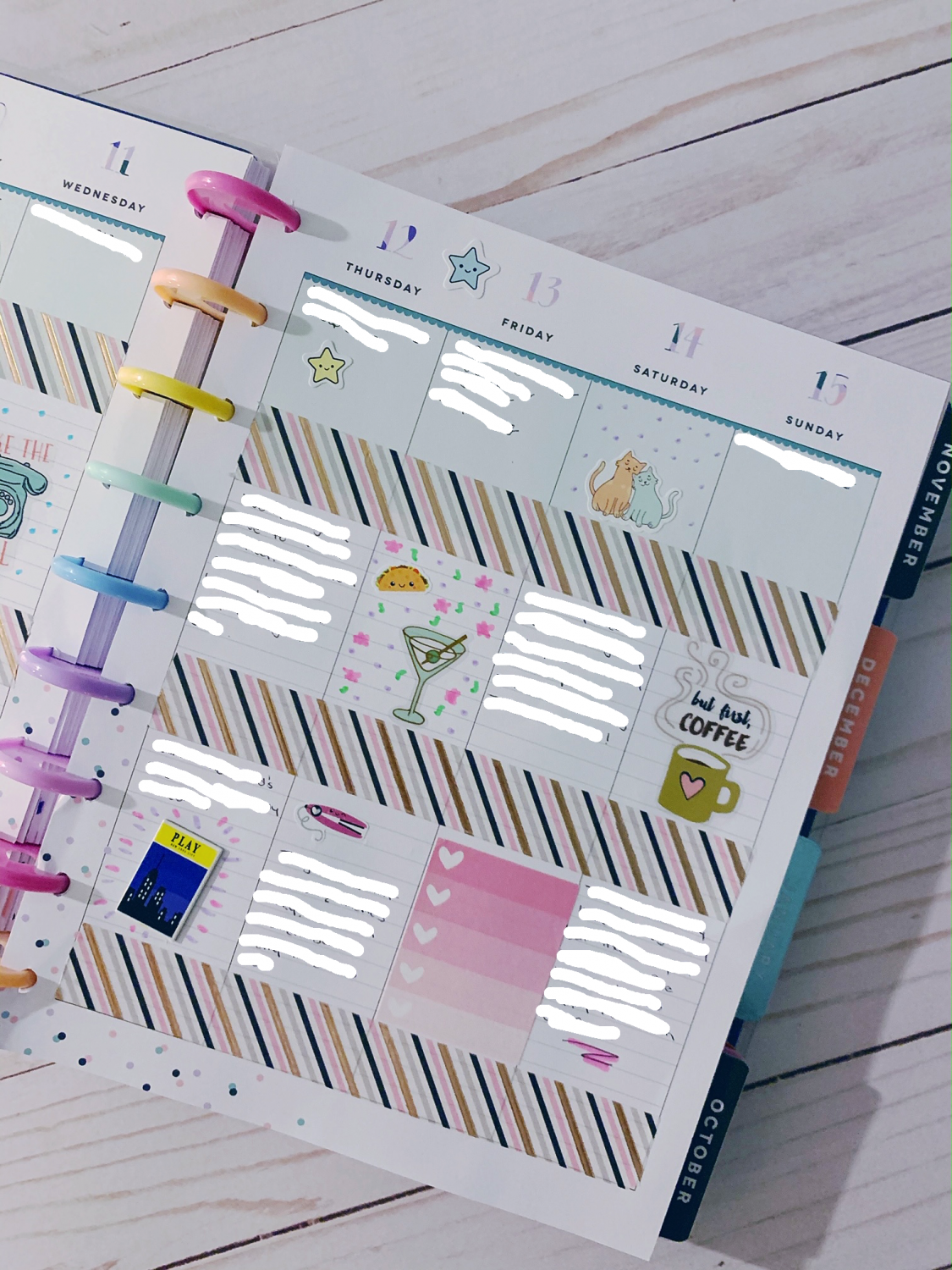 I saw The Band’s Visit on the 12th and it was so amazing! How adorable is that little playbill sticker?!

Friday the 13th was a super busy day for me. First, I got about 5 1/2 inches cut off my hair. (Which is why I used the little hair straighter sticker). Then I went out for dinner (tacos) and drinks with my sisters! 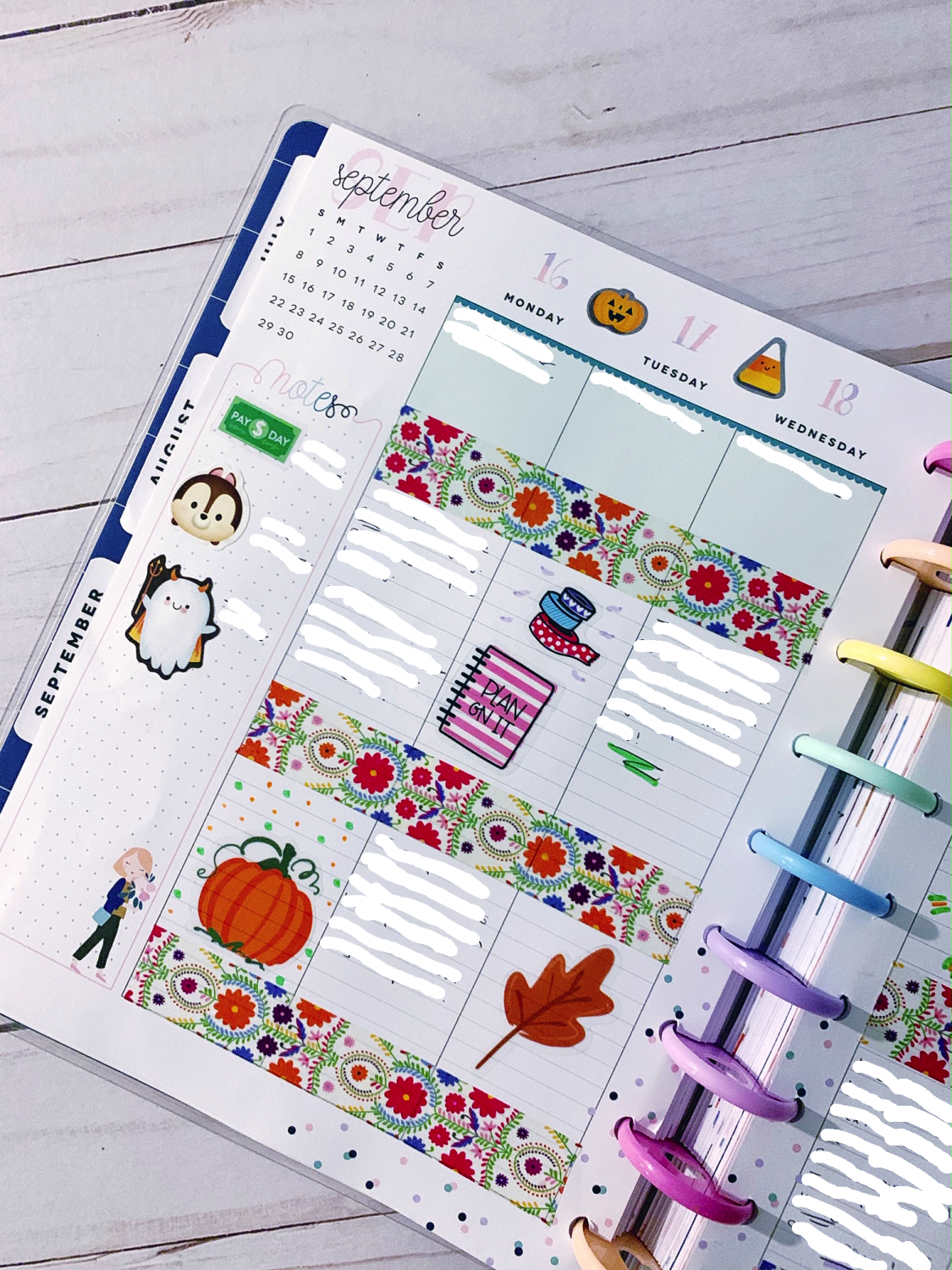 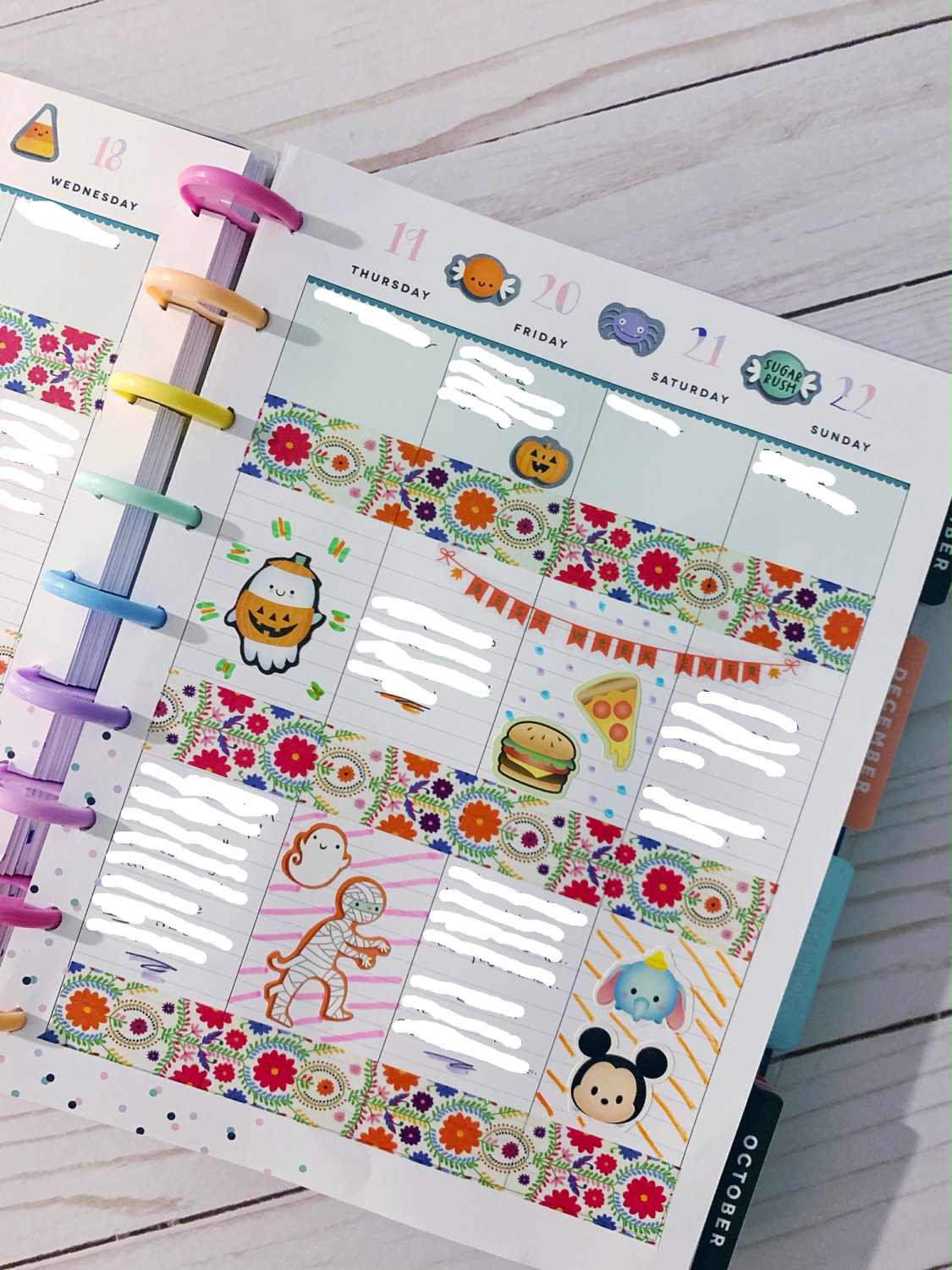 How festive is the spread for this week?! This was the week I went to Disney World (hence the tsum tsum stickers) for the Food & Wine Festival (hence the food stickers!). I also got to go to Halloween Horror Nights at Universal Orlando! (Hence all the Halloween themed/ghost stickers!). 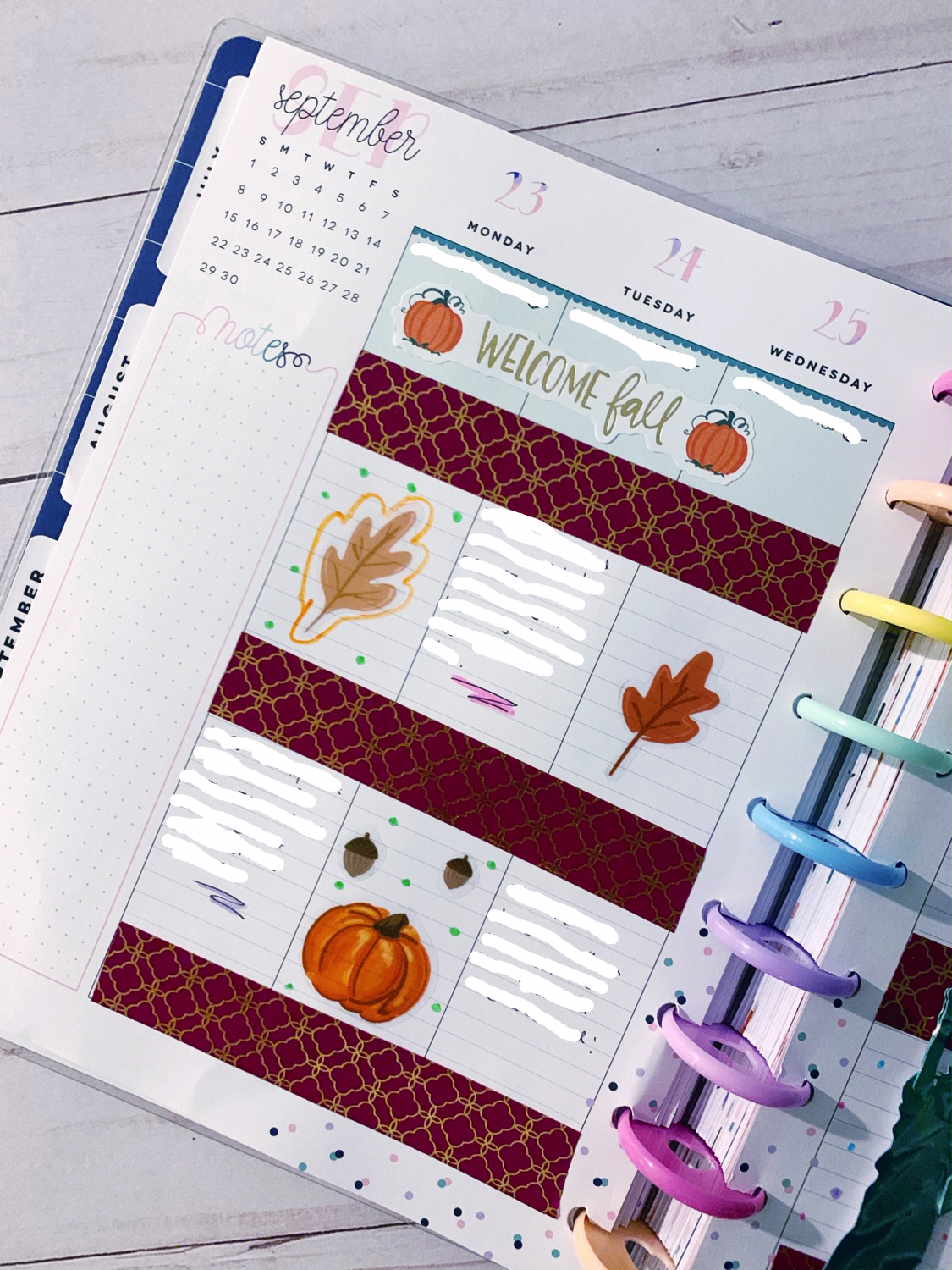 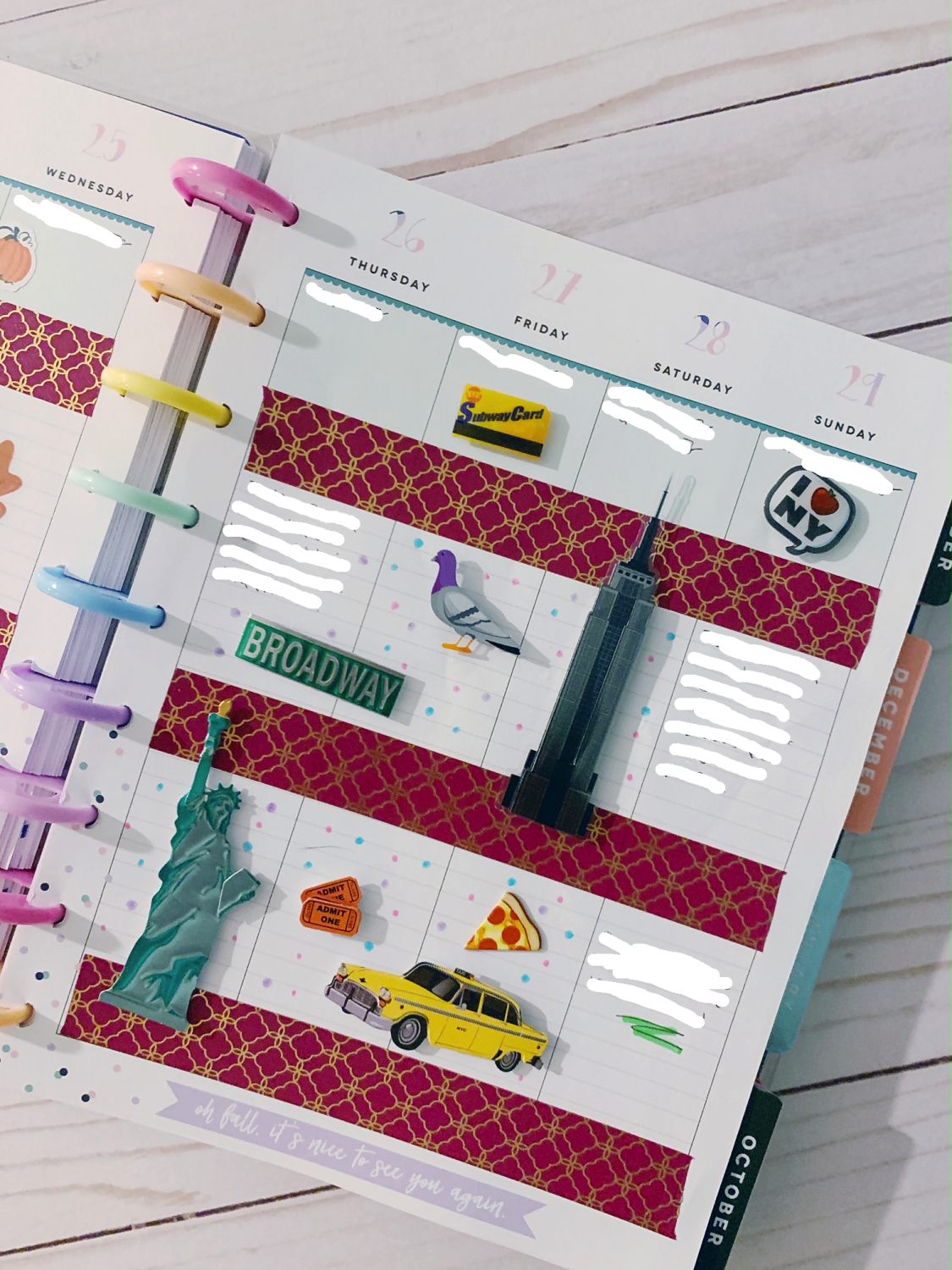 Ah, the first official week of fall. I spent the last weekend in September visiting New York City. This is probably my least favorite spread from September. I;m not to happy with how it turned out but oh well.